If there was ever an under-rated area in WA, its Shark Bay. Monkey Mia gets all of the attention, but Shark Bay/Denham has some of the best camping in the state, and we’ve spent many nights soaking it up. 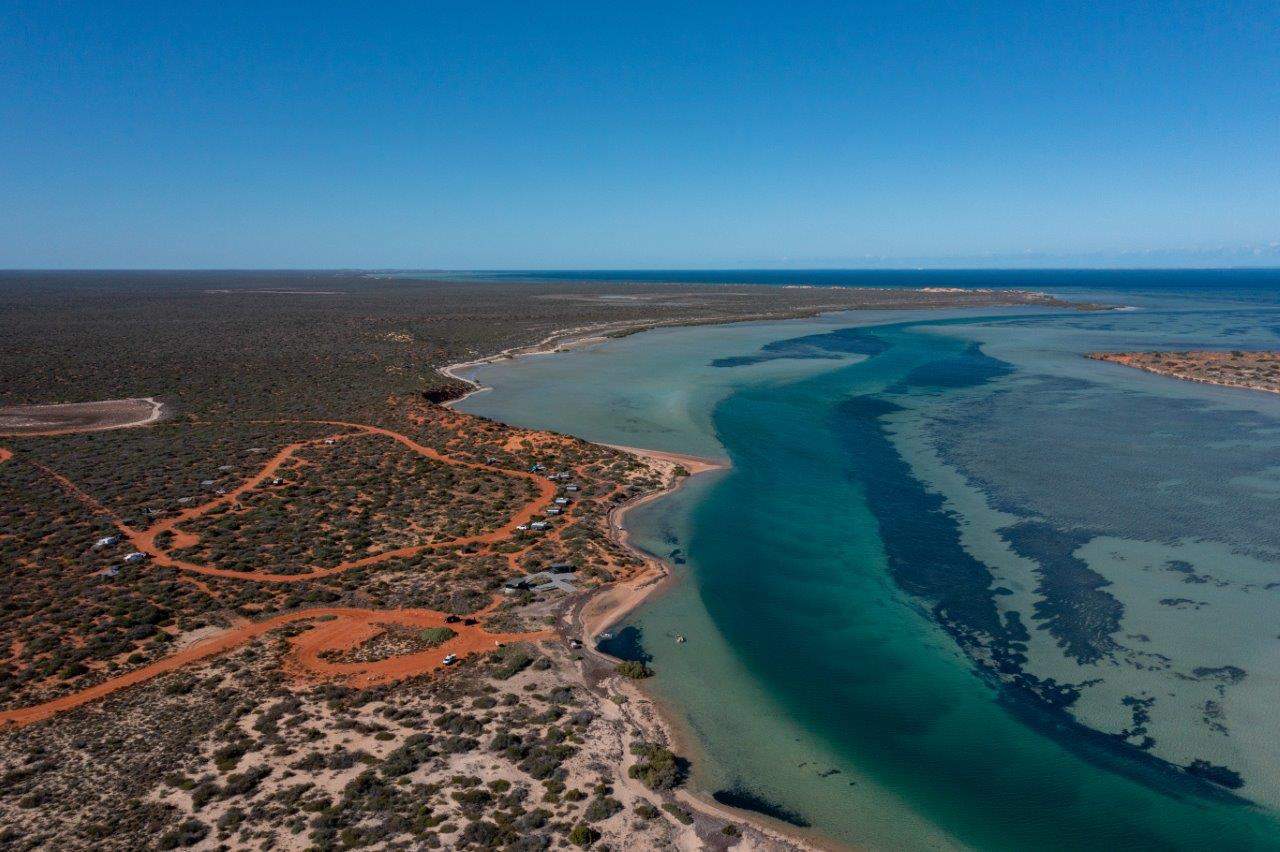 Shark Bay has some of the best camping around

Where is Shark Bay?

You’ll find this pristine part of the world roughly 8.5 hours drive north of Perth, perched on its own peninsula. In terms of distance, its roughly half way between Carnarvon and Geraldton, and its the perfect holiday distance for a lot of people in WA. 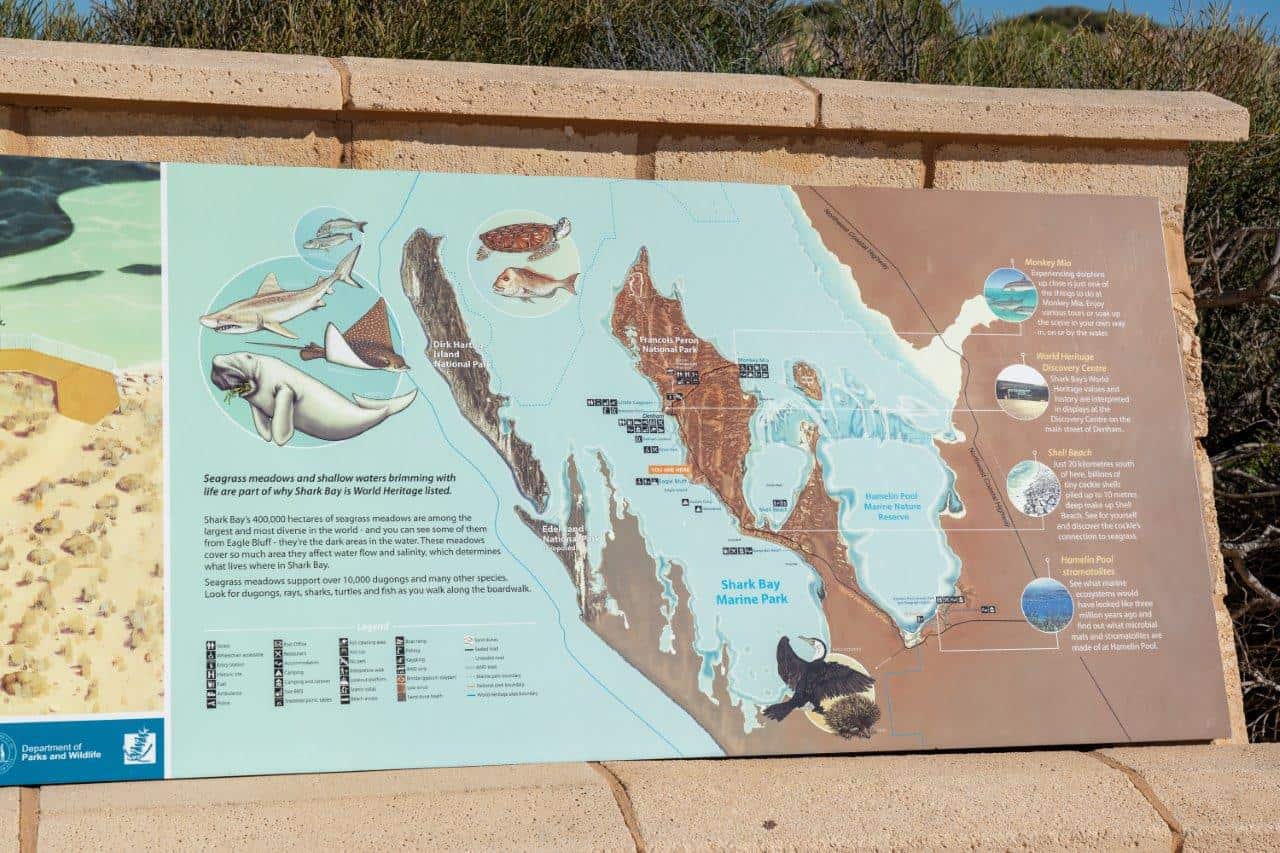 Shark Bay has its own peninsula

We were surprised at the number of different camping options that exist around Shark Bay. There’s a number of Caravan parks in town, and then plenty of other sites elsewhere:

One of our favourite adventures early on in the piece was to Francois Peron National Park, and we’ve been back there a couple of times since. It truly is a stunning part of the world and has a massive number of camp sites that you can stay at.

You need a 4WD to get to all of them except for Big Lagoon (and even that is debatable), but many of the sites are stunning, with amazing views and lots of the vibrant, red sand. The hot springs on the way through are completely worth a dip, and if you can make it all the way to the tip you’ll be rewarded with some truly stunning views, and hopefully some great marine life! 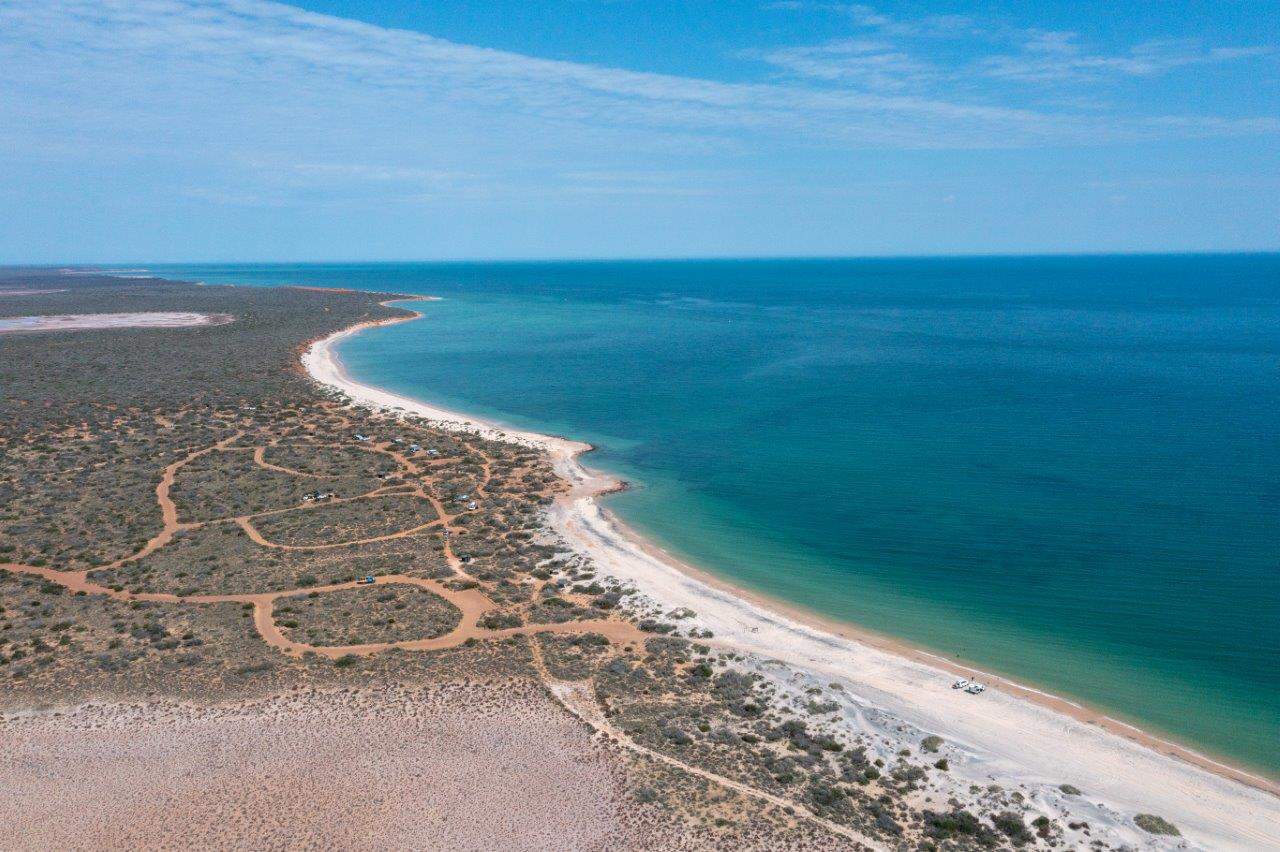 The Francois Peron National Park has a huge number of camp grounds, like this at Bottle Bay 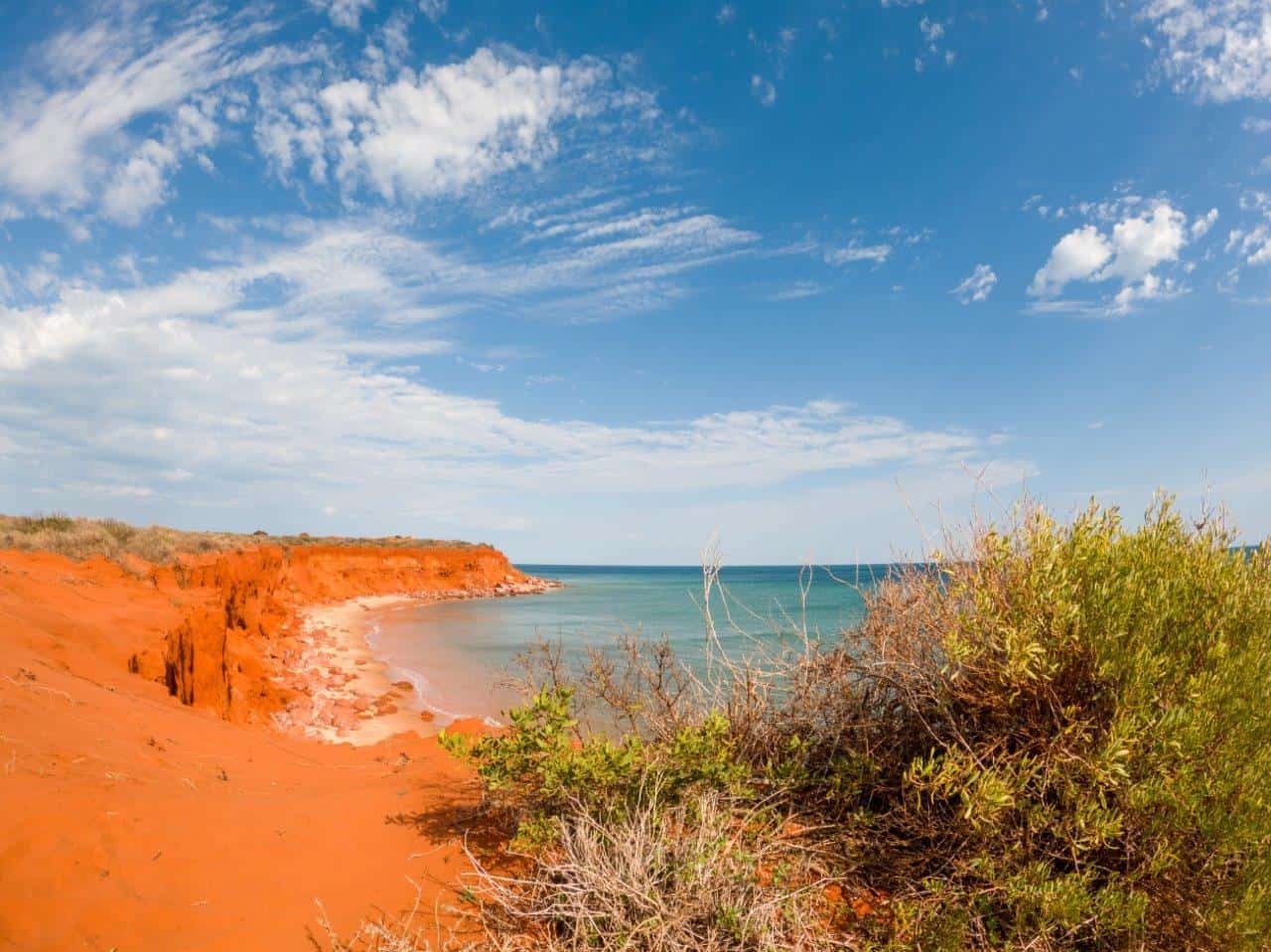 Shire run camps on the way into Shark Bay

On the way into Shark Bay, there are a number of shire run camp sites that you can pull into and stay at. Goulet Bluff, Fowlers Camp, Eagle Bluff and Whalebone are the official camp site names, with a huge number of individual places you can stop at.

You can only stop for one night in any of the 4 camp sites (you can’t go from Goulet Bluff one night to Fowlers Camp the next), and you need to get a permit (ring or head in person to the visitors centre). It’s $15 per night for up to 4 people, and some of the sites are in pretty great locations. 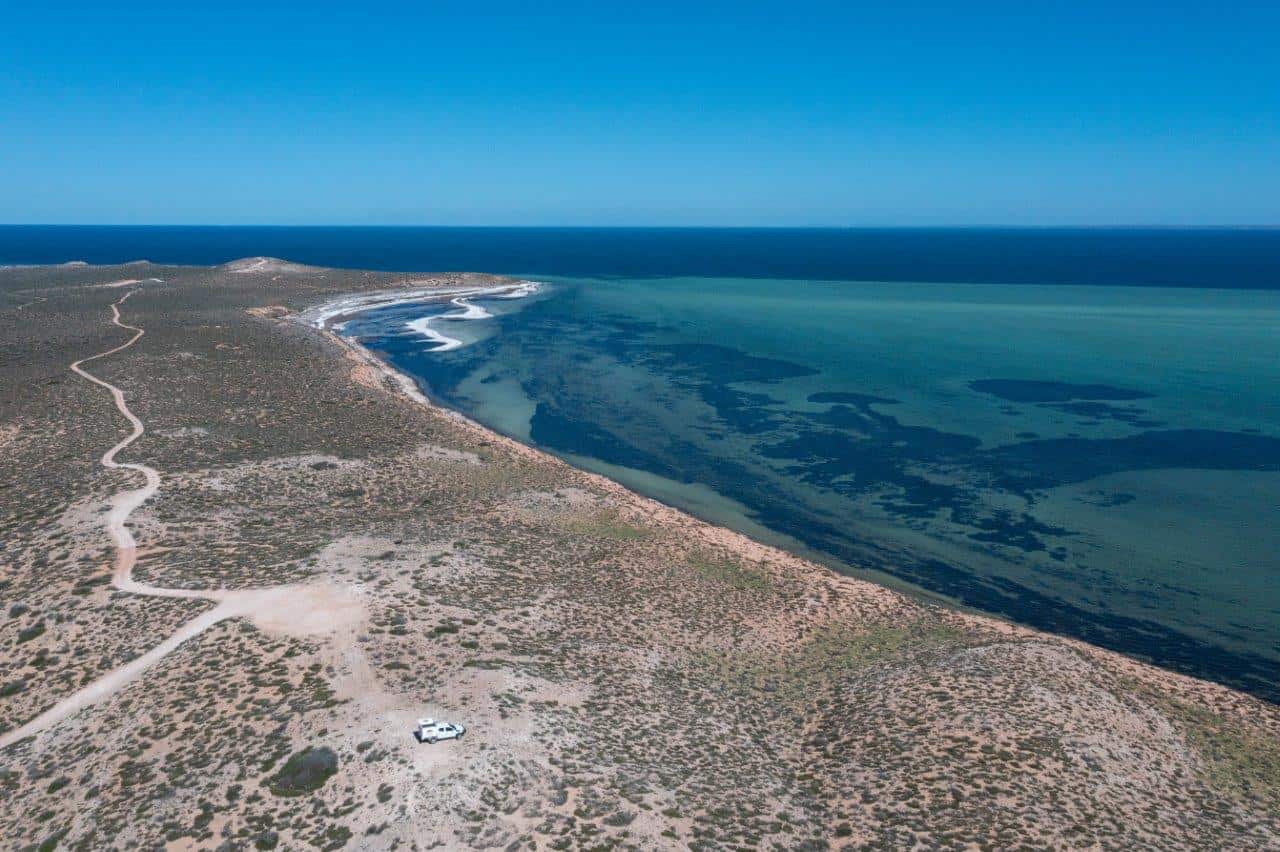 Goulet Bluff is one of the shire run camp grounds, and its magic

The whole reason a huge number of tourists go to Shark Bay is because of Monkey Mia. This was taken over some time ago by RAC, and they’ve got a really nice Caravan Park in a pristine part of the world. Unless you are staying, or launching a boat, you need to pay a $15 entry fee per vehicle.

The biggest attraction at Monkey Mia is the dolphins that come in to be fed, with a huge number of people often lining up to watch, and get the lucky chance to hand feed them. Monkey Mia is beautiful, but Francois Peron is easily as good (without all of the amenities). You won’t go wrong with Monkey Mia, as long as you are prepared to pay for it. 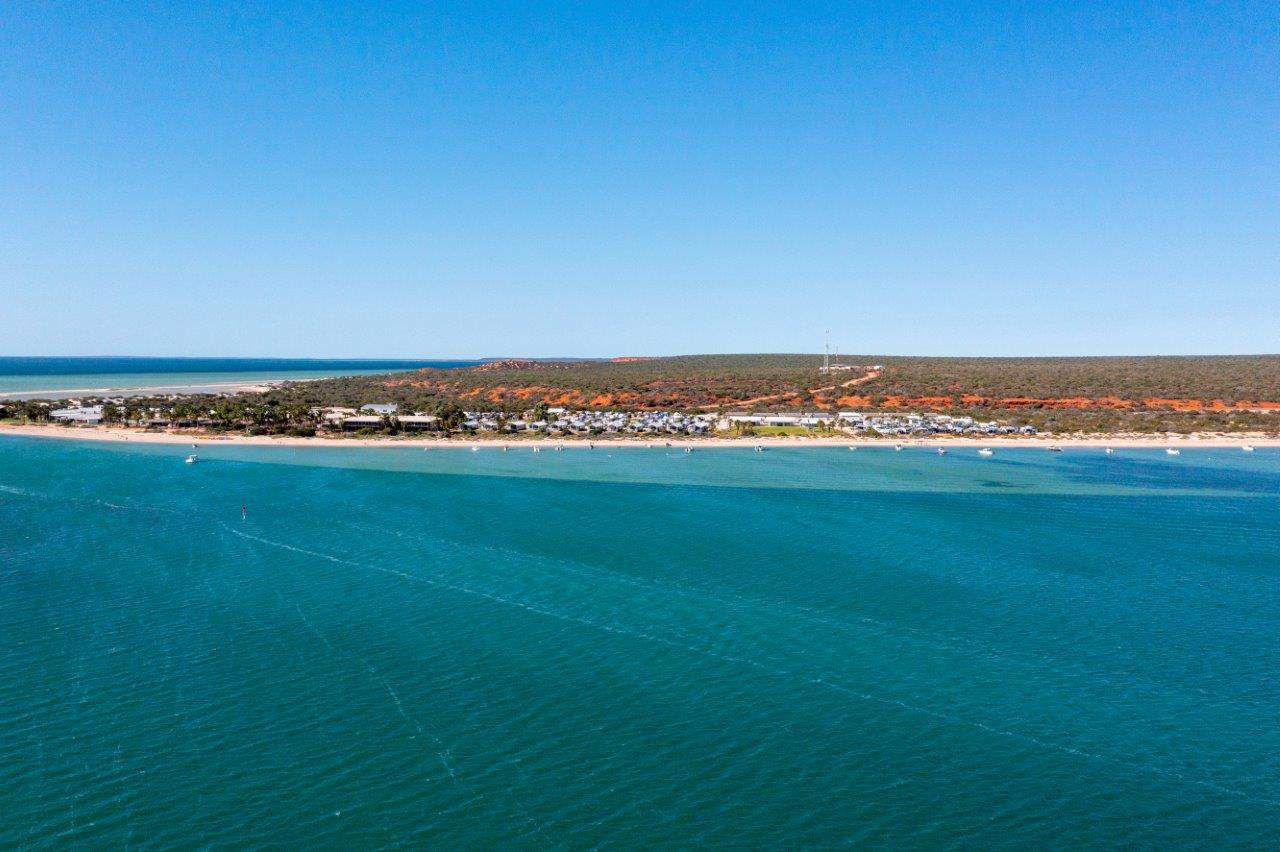 One of our favourite camp sites for a long time was Steep Point. This is a huge adventure, and can be found across the water from Shark Bay, or at the end of a fairly substantial 4WD track in. The track in today is significantly easier than what it used to be, but you should still allow a really full day to leave Denham and drive out, and drive back.

If you can get an online booking, and you have a 4WD and suitable camping gear, this is the best way to enjoy Steep Point. Shelter Bay is one of the most pristine beaches you’ll ever see, or if you love fishing then you can camp at the Oven (on the rocks right near the point), or you can go to False Entrance, which is a little while away from Steep Point but also well known for its fishing.

You can catch Mackerel, Wahoo, Snapper, Bluebone and plenty of seriously good fish from the cliffs at Steep Point, and its been long regarded as one of the best land based fishing places in Australia. 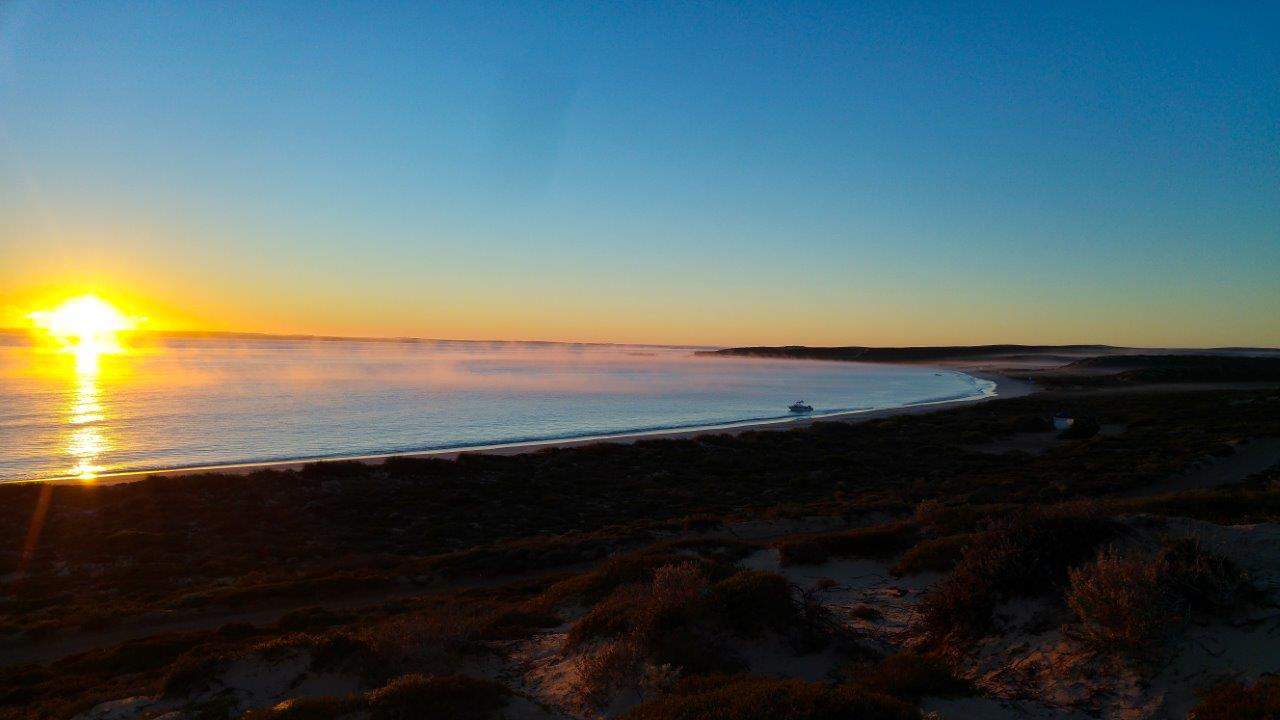 The only way to step up from Steep Point is to head across the water again, to a pristine island that very few people get to see. This is the only island in WA that you can take your 4WD over to, and at any one time there’s hardly anyone to share it with. The island is joint run by the owners of private property, and the Department of Parks and Wildlife.

You can either stay at the Dirk Hartog Homestead in accommodation, or you can camp there, or camp at one of the many DBCA camp sites scattered around the island. You will be hard pushed to see more than a handful of other 4WD’s on your visit to the island, and it takes a solid 8 hours to drive all the way around the Island, so there’s lots to see.

The East side of the island is full of calm, shallow and stunning beaches, with the Western side being quite rough, with huge cliffs and limited beaches.

It costs a substantial amount of money to get your 4WD on the barge over (which leaves from Steep Point), but the camping fees can be quite reasonable and there’s nothing else in WA that is remotely similar to what DHI offers. 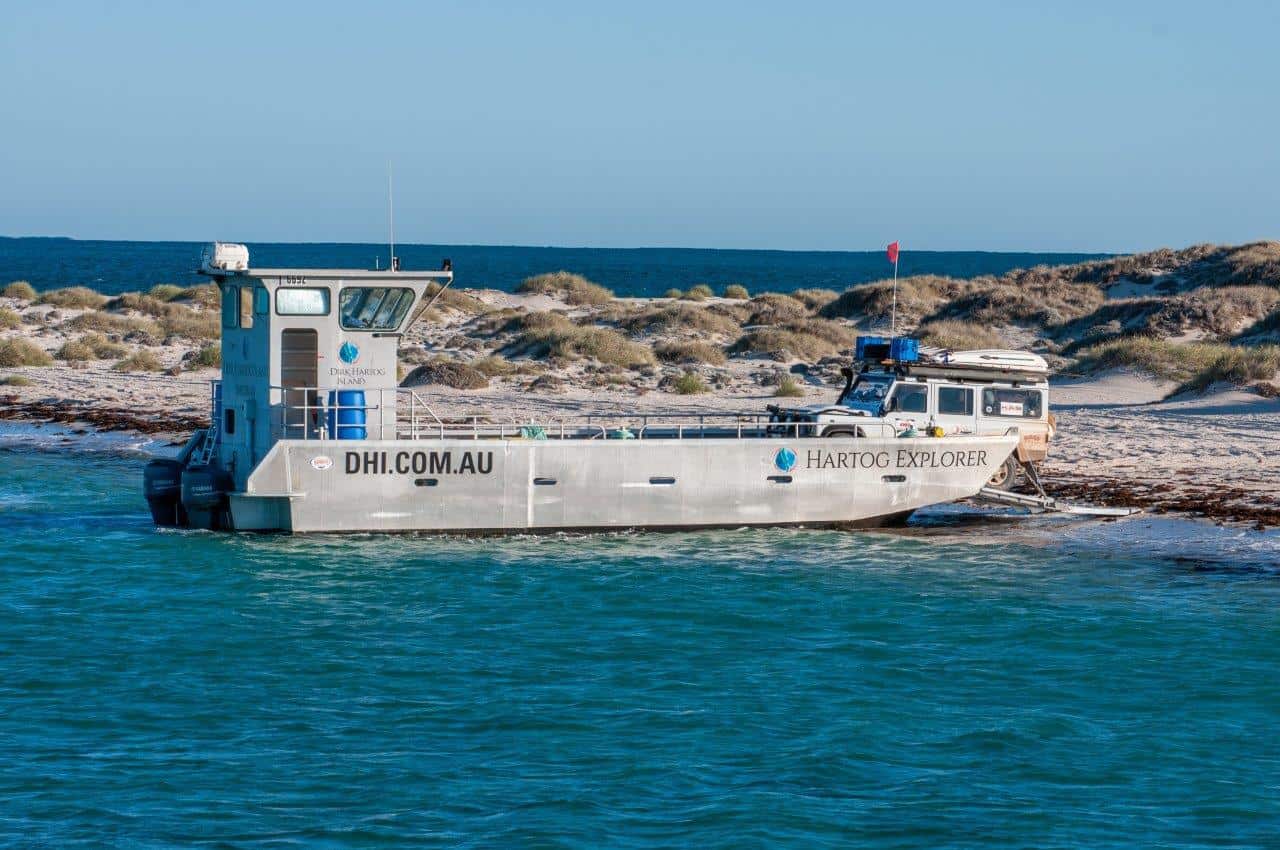 If you want the ultimate, remote adventure in WA, head across to Dirk Hartog Island 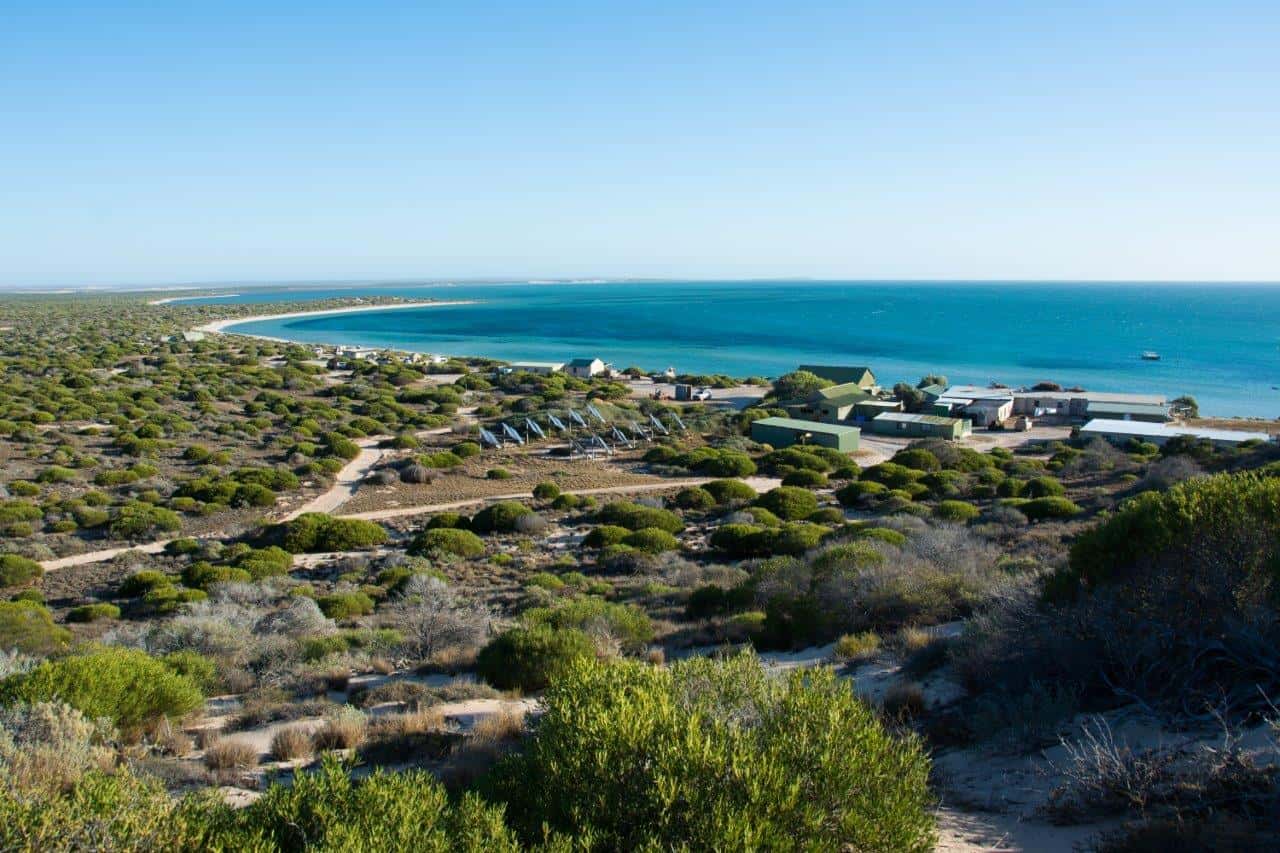 You can camp at the Homestead, or the DBCA camp sites around the island

Shark Bay can be seriously windy, and if you are considering Shark Bay Camping, you should have a really good look at the history of wind. We’ve been there when its blown for the entire stay, and it can be seriously unpleasant. 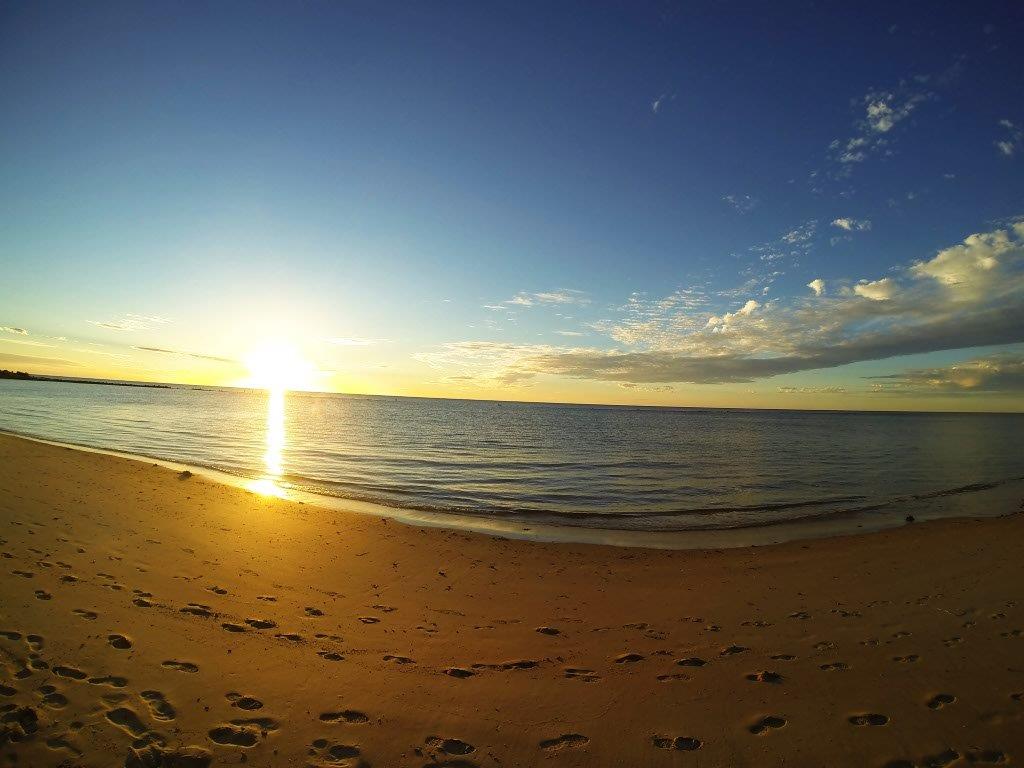 Being a coastal town, visiting when the wind is best is hugely valued!

The general recommendation is May, June, July, and August being the best for wind. That said, we’ve stayed over Easter, and also later in the year and had reasonable weather, but your chances of more wind are much greater.

I think you’d really have to try to not enjoy Shark Bay. It’s a stunning place, with so many amazing attractions, and the scenery is out of this world. If you haven’t been to Shark Bay, we highly recommend a trip; you’ll love it!