I’ve seen plenty of photos over the years of the stunning Bunda Cliffs, and it was finally our turn to check them out in person. We’ve just spent a magic night camped right on the edge, overlooking the beautiful ocean and stunning cliffs running East and West, and there’s hardly words to describe them adequately. In fact, this was our first night in South Australia, and it was a huge start to a beautiful state, before moving onto Scotts Beach.

I was thoroughly impressed with how beautiful, big and awe inspiring that these cliffs are, and with the fact that there’s so much good access right to them. There’s truly a magic feeling about standing metres away from the edge of these big, beautiful cliffs and if you haven’t been there, its a bucket list attraction for sure. 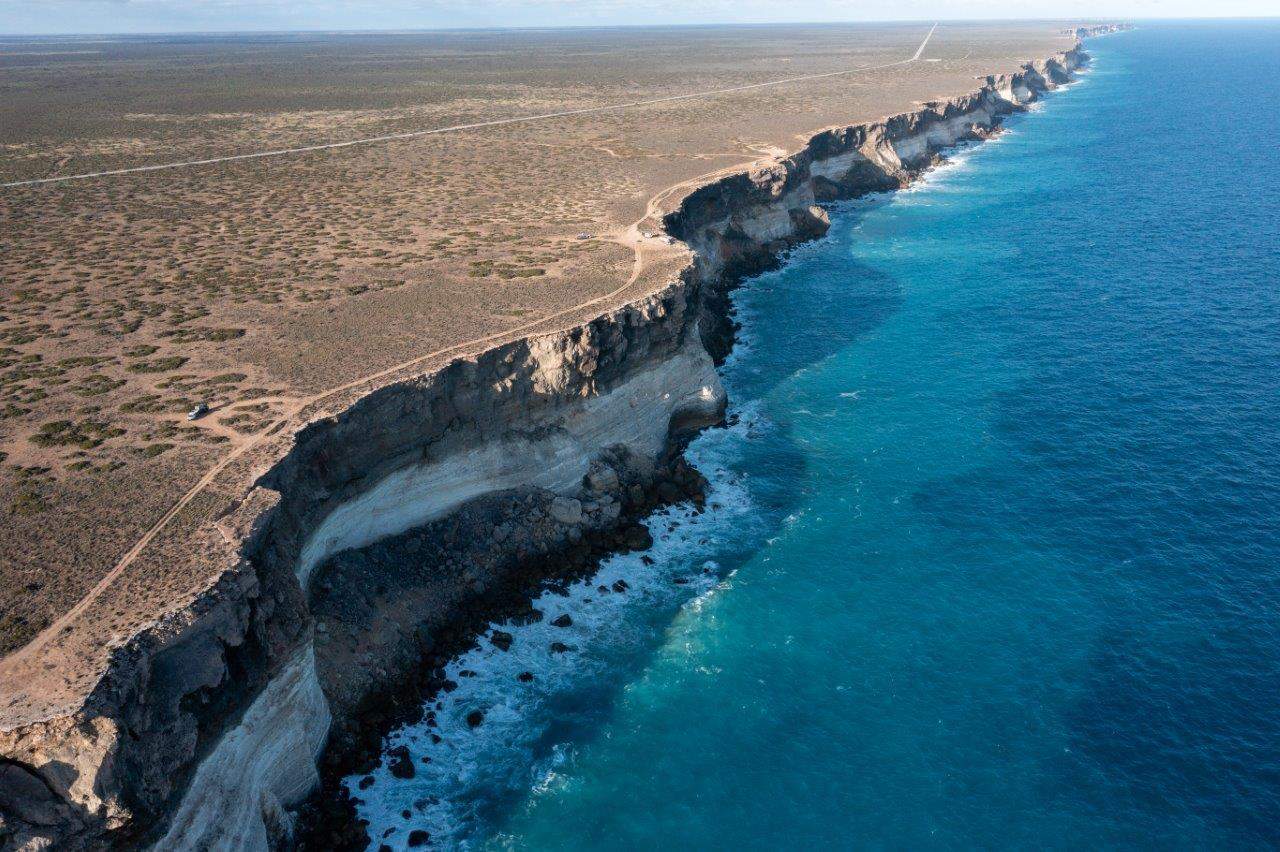 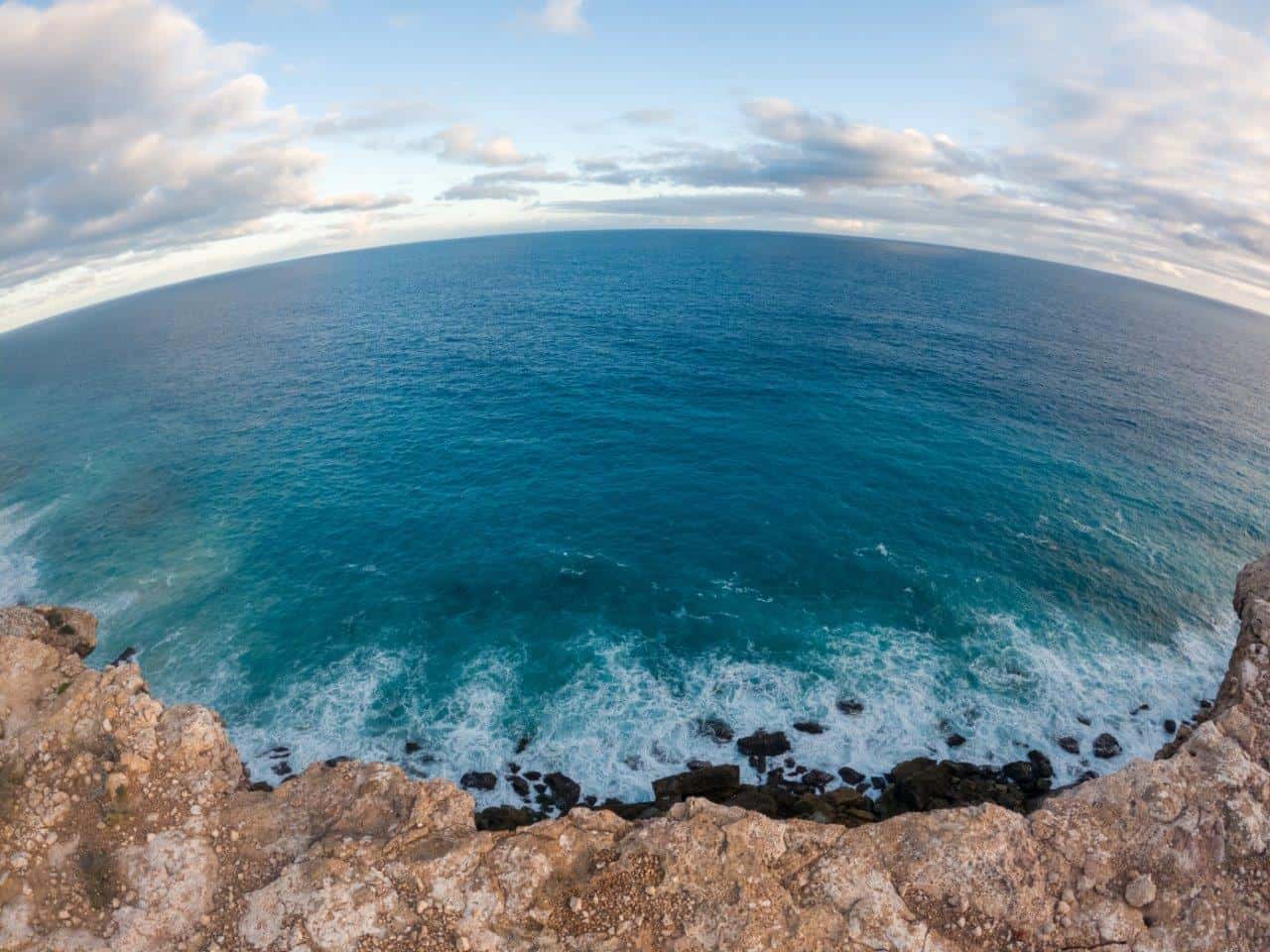 The feeling you get standing on the edge is quite surreal 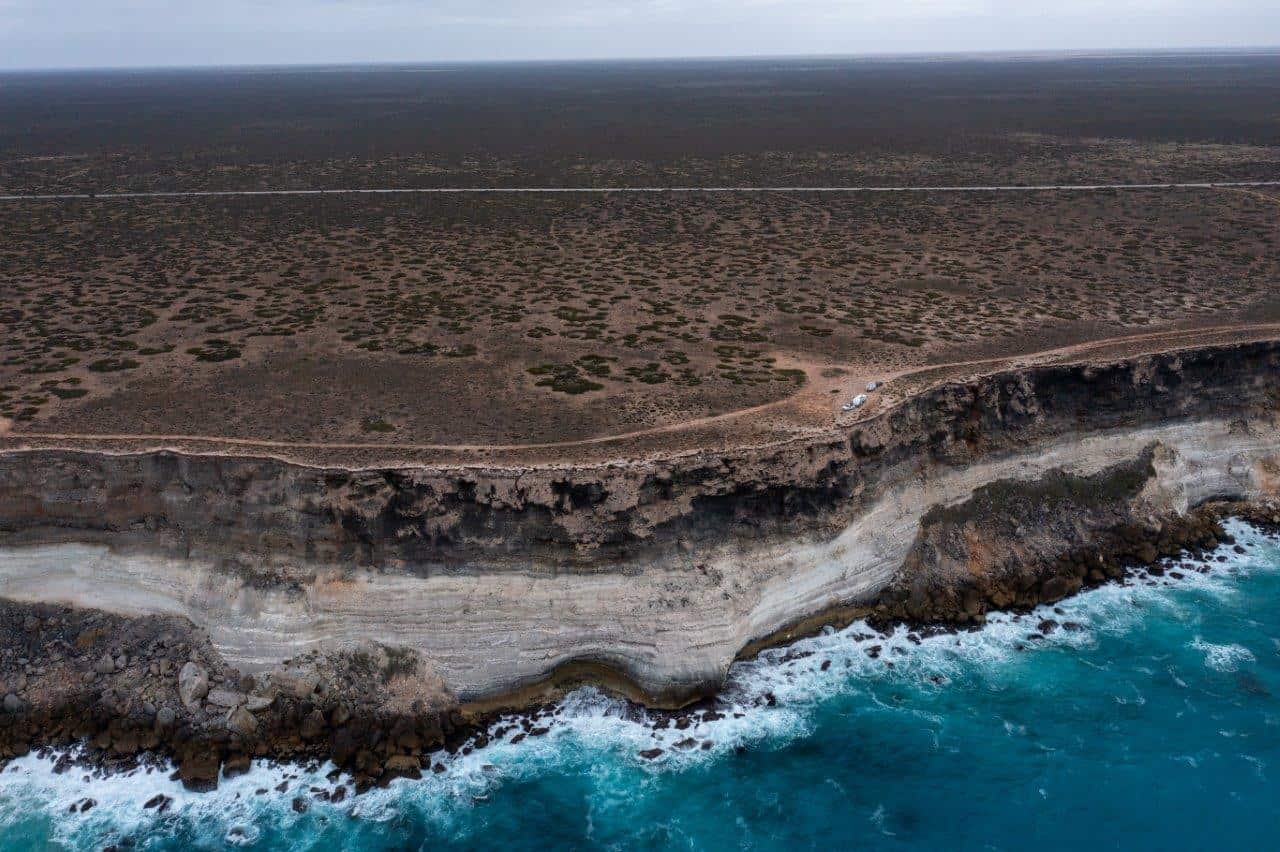 What a truly incredible spot

Where are the Bunda Cliffs?

You’ll find these majestic cliffs just over the South Australia border, and you basically drive along them for a huge number of kilometres. 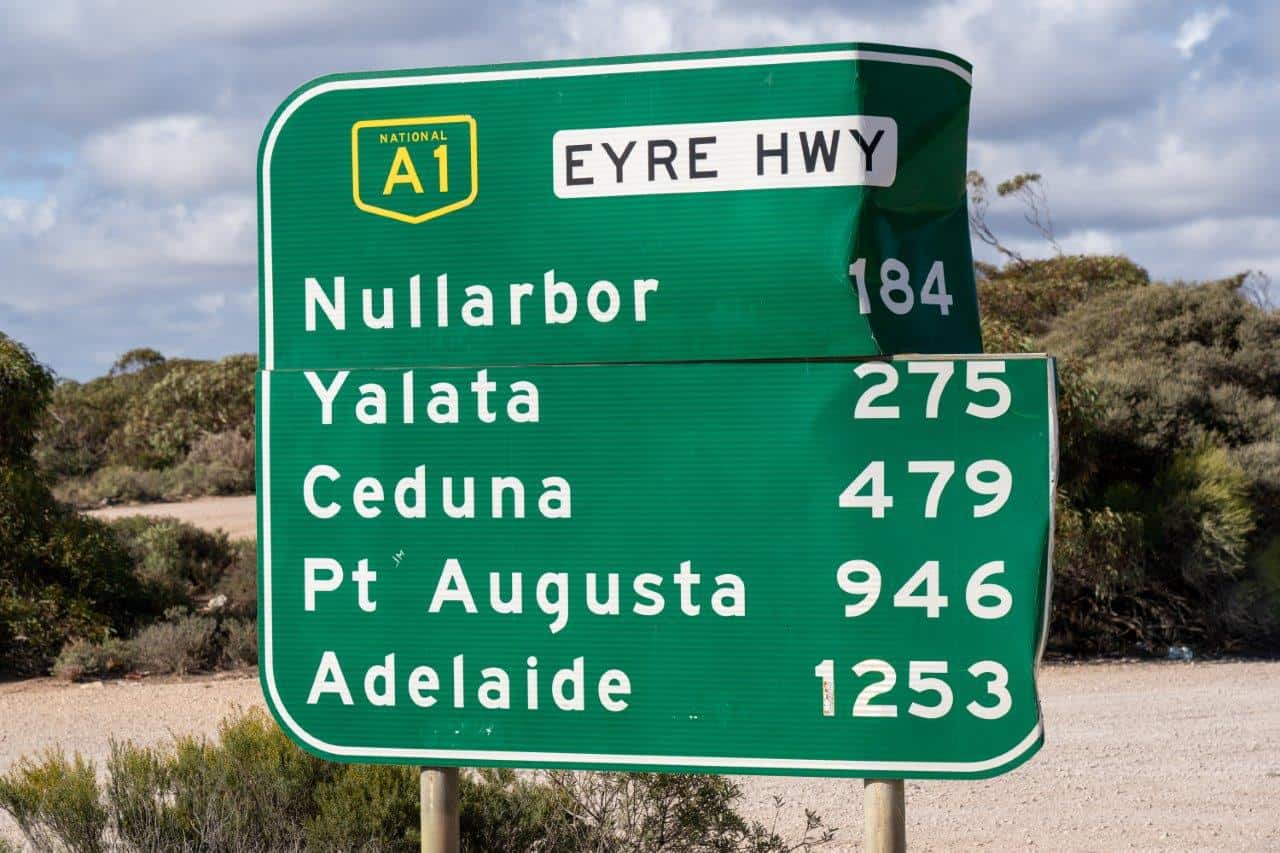 They’re right along the Eyre Highway

Can you camp at Bunda Cliffs?

I’m not sure there’s a more impressive camp site in Australia than at the Bunda Cliffs. There are more camp sites that you can choose from than you can poke a stick at, with Wikicamps covering a huge number of them. They are all free, with zero amenities and should be treated with the utmost of respect, but find a place that you are happy with and enjoy a night or two. 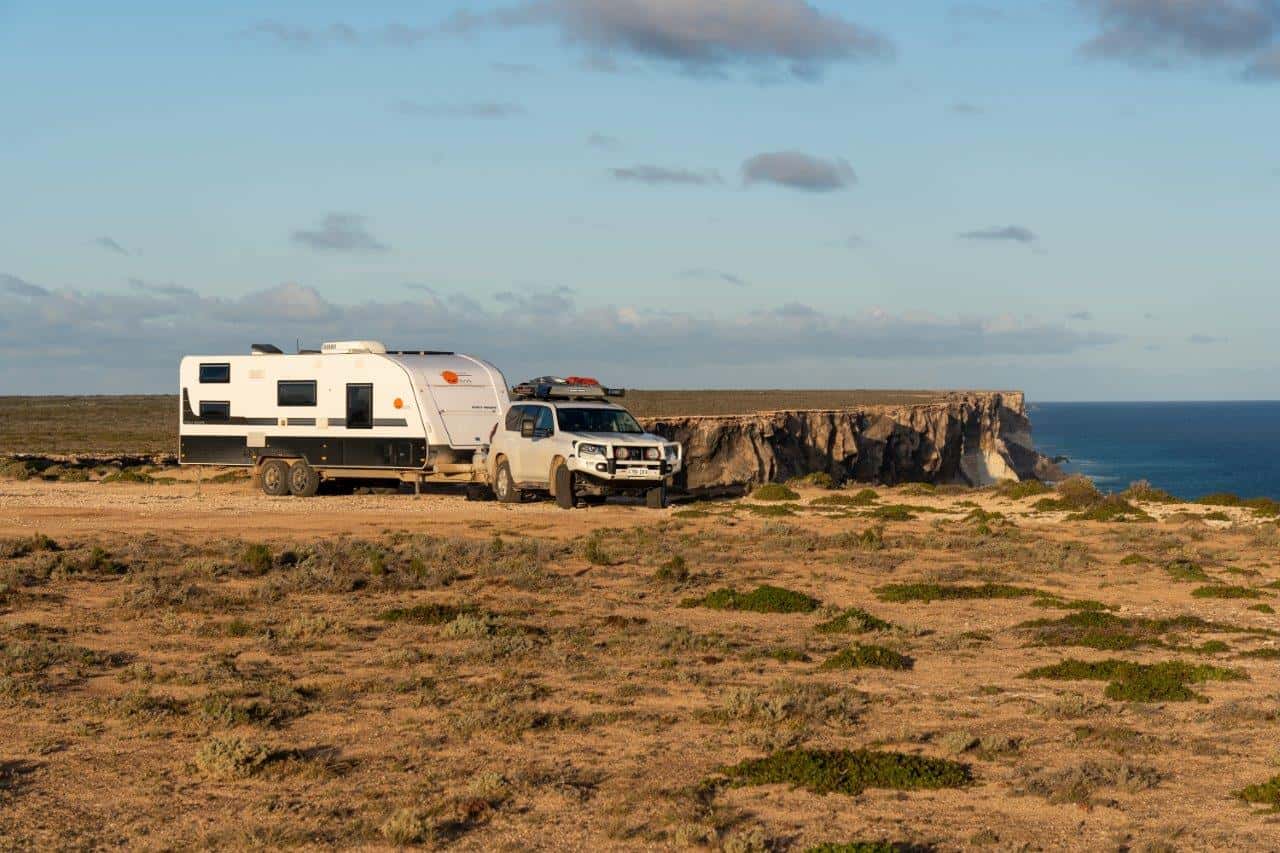 Once you cross into South Australia, you’ll see a heap of turn offs to the Bunda Cliffs. Some are formal, signed entrances with car parks and viewing sections, and then there are literally hundreds of tracks that take off the main road.

You can use any of these that are open and accessible, but be very careful slowing down on the road as its a main highway for big trucks and lots of travellers, and some of the access tracks are rough and require a 4WD.

As usual, Wikicamps provides some pretty good spots that are easy to get to. 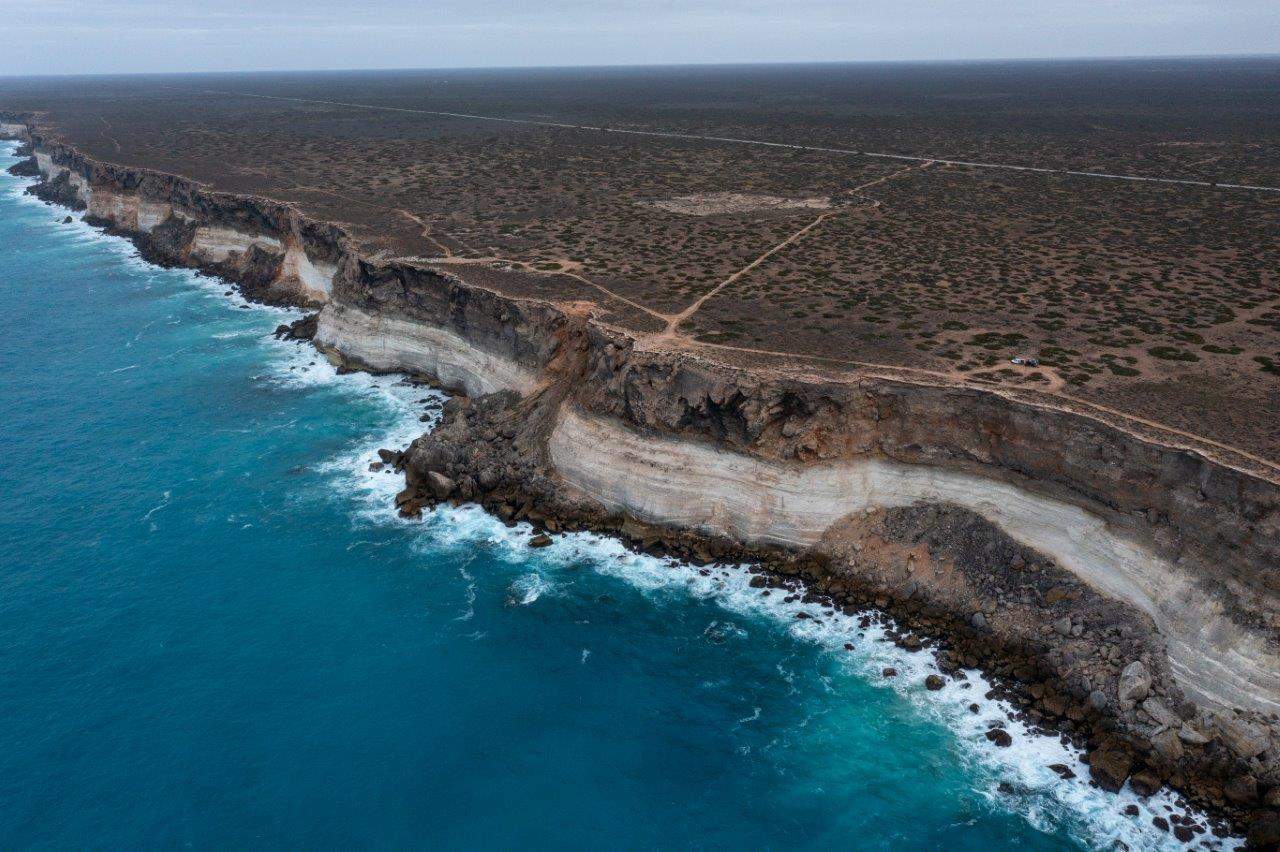 Don’t get too close

There seems to be an infatuation with camping as close as you can to the cliff edge. Not only is this stupid in terms of your chances of slipping and falling, there’s a huge number of sections that have fallen in over the years, and parking a 6 tonne setup metres from the edge is probably tempting fate.

We camped about 20 – 30 metres away to give the kids some space to run around without falling off the cliff, but also because the risk reward ratio of camping closer just doesn’t make sense. I’m happy to miss out on the amazing shots of our setup metres away from the edge of the cliff if it means we don’t fall off and die. It just doesn’t seem logical to me, but each to their own, I guess. 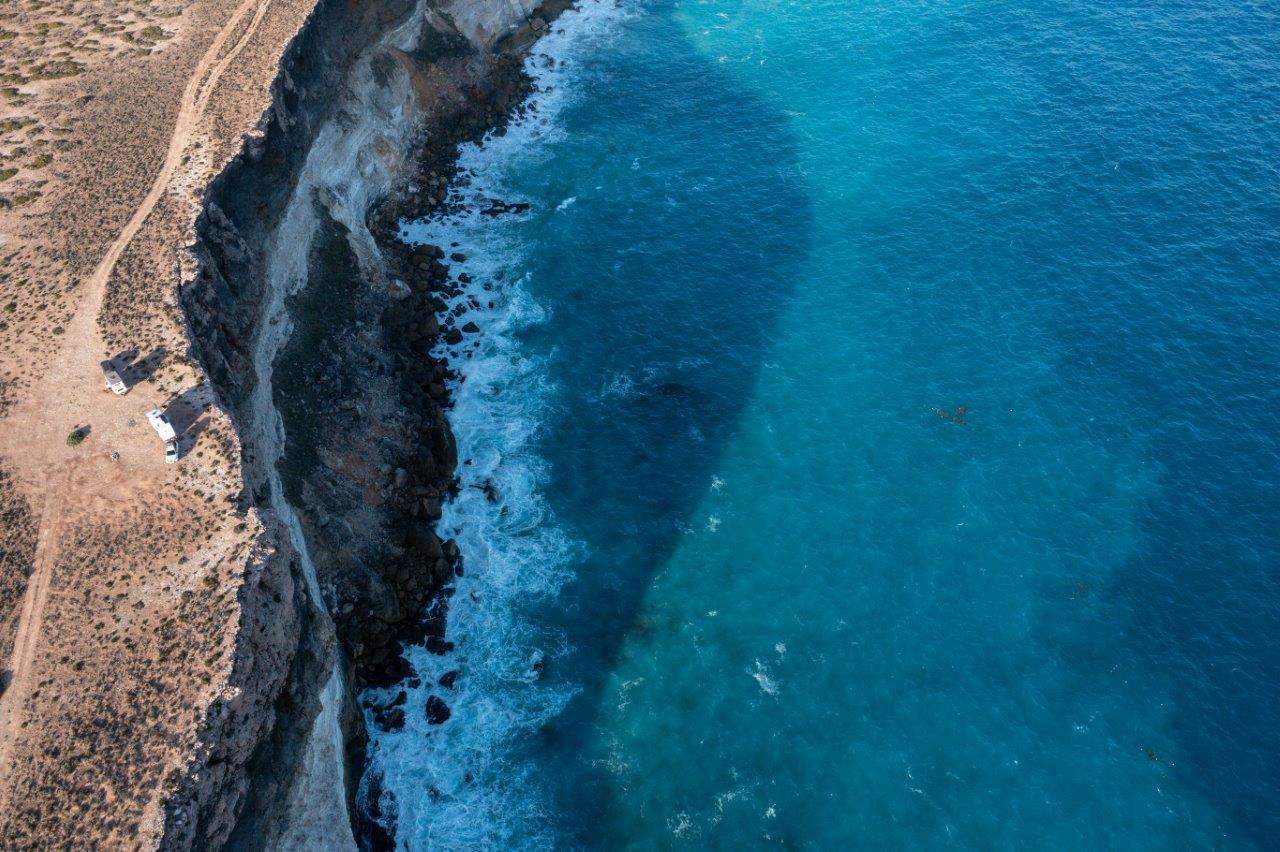 Is it really worth camping so close to the edge?

These free camps have zero amenities. That means no water, no toilets, no picnic tables or shelter. You need to be entirely self sufficient, and take everything out with you. If you want to have a fire in season, bring your own wood in too; don’t rip the little that is there up just to burn.

It gets seriously windy

If you visit the Bunda Cliffs, expect to get some serious wind. You might jag it and get great weather, but there’s a huge chance that the wind will be howling and making it quite hard to set up and pack away. We had a nice afternoon and dinner with a reasonable breeze, and then it turned feral and made for the worst possible location and time to try and have an outdoor shower. I’m sure the neighbours thought it was amusing, and we laugh about it now, but it was rather unpleasant.

Our sock was also flapping a fair bit through the night with heavy wind, then nothing, and then heavy wind again. Normally its great even in heavy wind, so its just the constant stop and start that hurts. Either way, you are essentially on the edge of the world and should expect some killer winds! 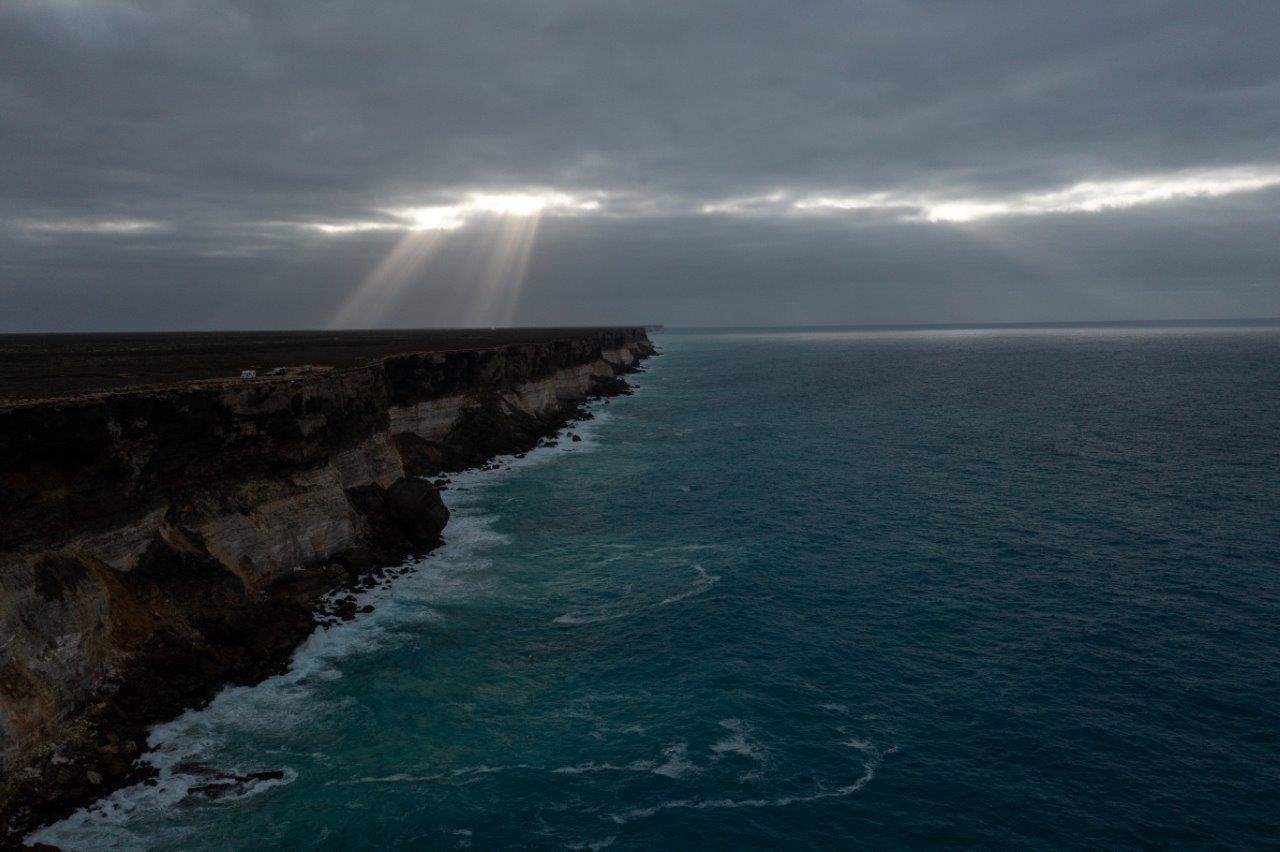 Expect some crazy winds, and if its calm you’re lucky!

There can’t be too many better places in Australia to watch the whales when they come past than the Bunda Cliffs. There’s dedicated whale watching at Head of Bight visitor centre, but you have to pay to enter.

Alternatively, you can see whales from the Bunda cliffs between June and October, with the earlier and later weeks being hit and miss depending on the season. If you’ve never seen a whale breach before, its pretty incredible. 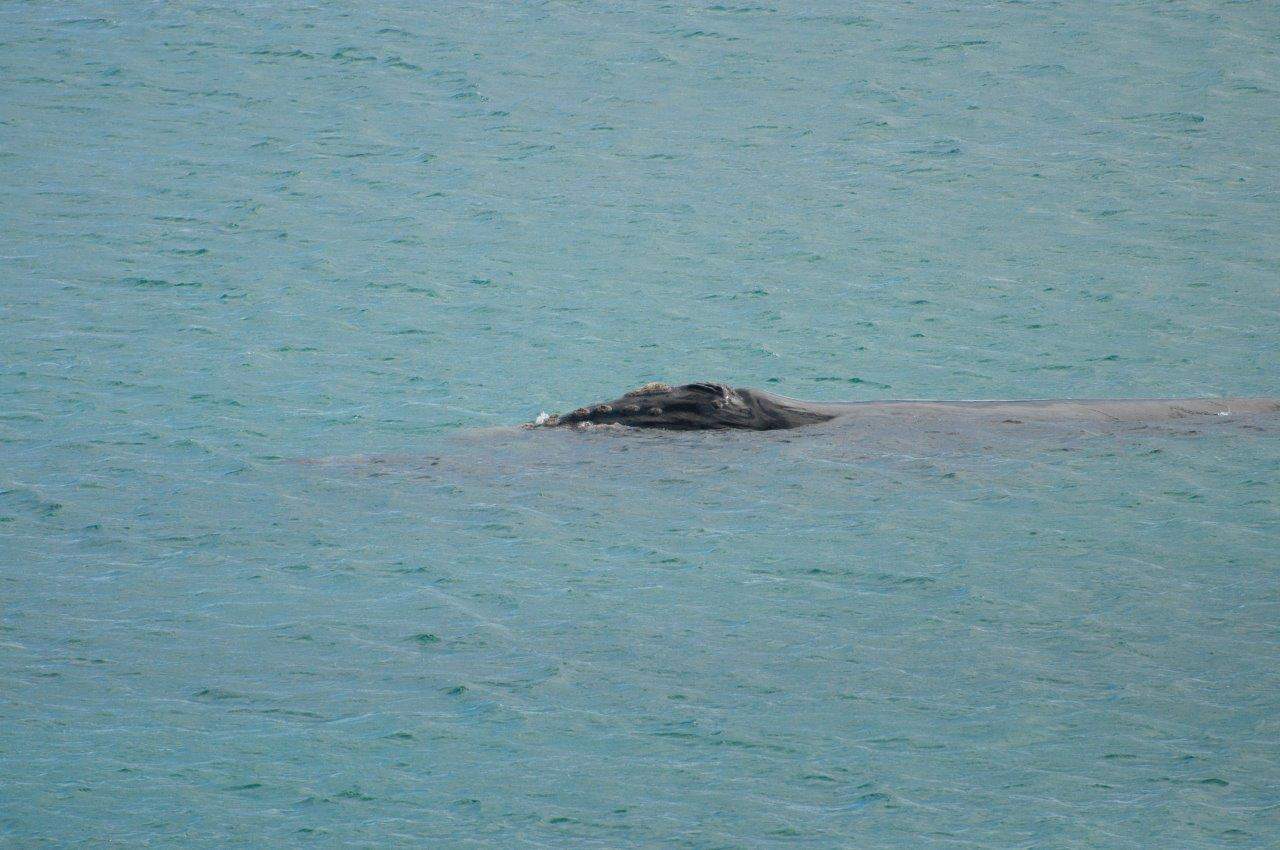 Whale watching is hugely popular at the Bunda Cliffs

If you are going to visit these amazing spots, leave them pristine, with zero evidence that you were ever there. That means no rubbish, no toilet waste and no building unnecessary fire pits. 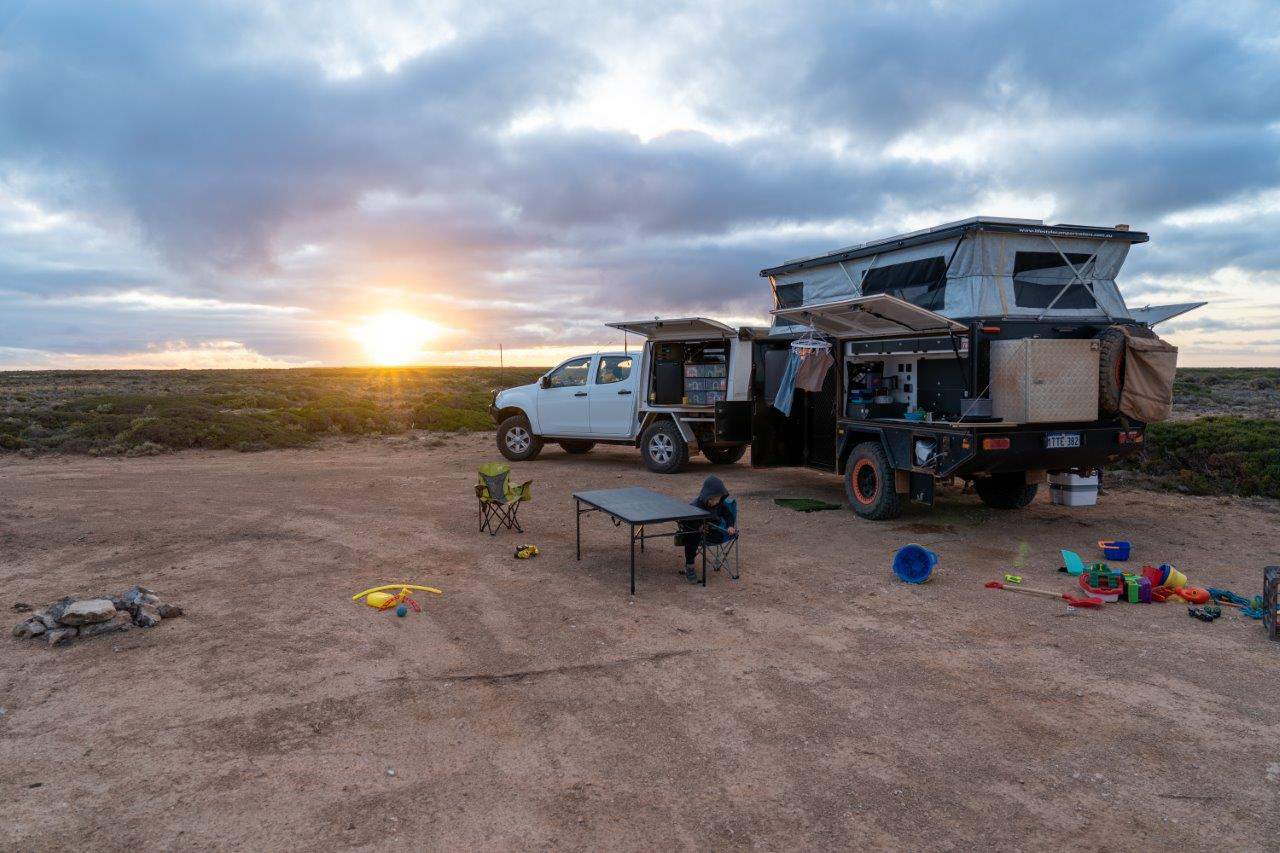 Leave the area with zero trace

Check the Bunda Cliffs out

I was actually shocked at just how majestic these cliffs are. I expected them to be nice, but they take it to a whole new level that I was quite surprised about. 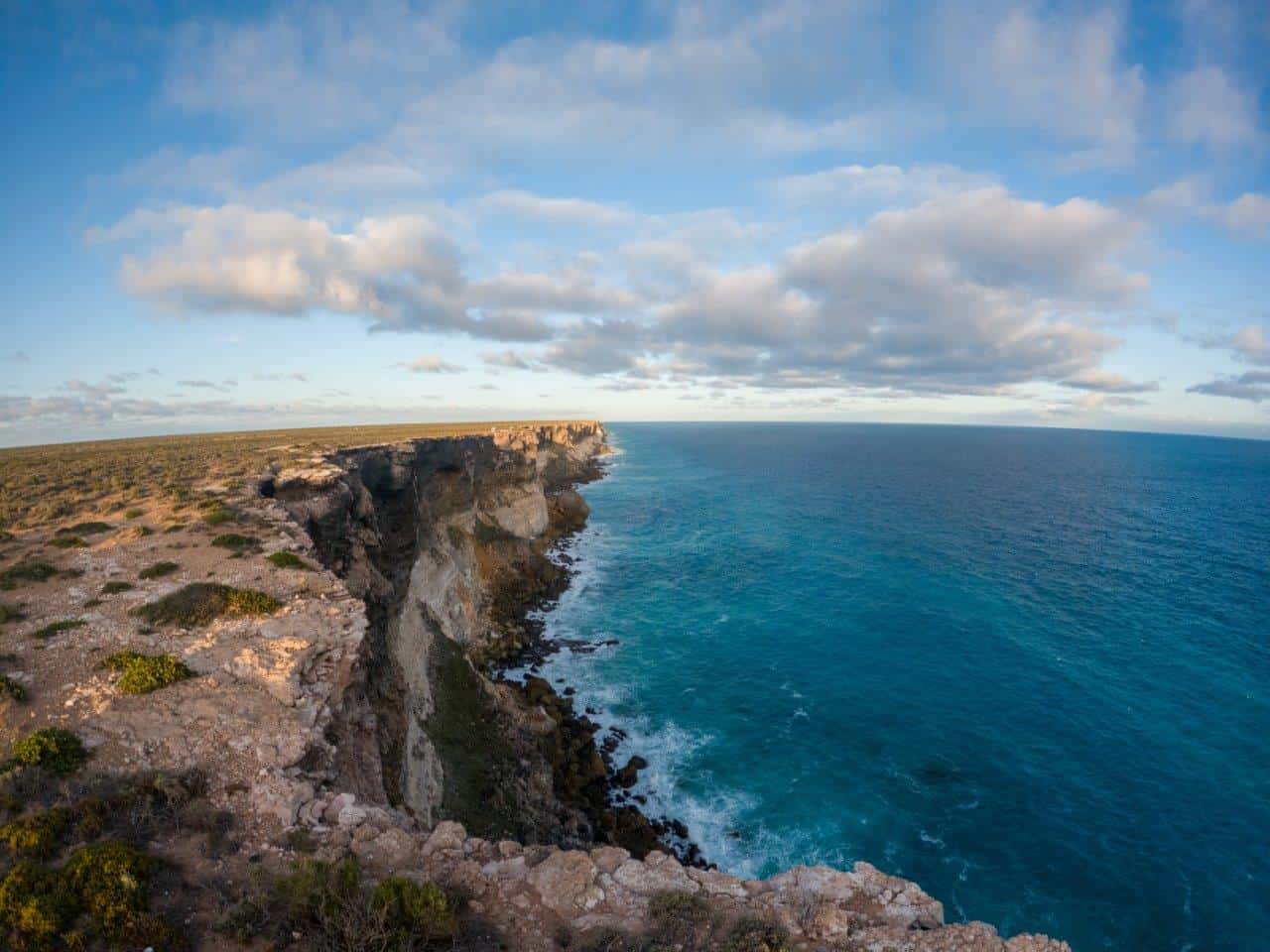 These are 100% worth stopping to check out