A trip up Indian Ocean Drive 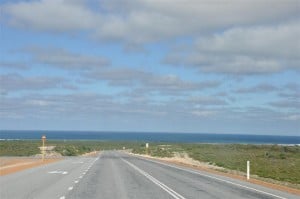 A great view of the coastline

I’ve been meaning to do a trip up the new Indian Ocean Drive now for quite some time. For those who don’t know, it’s a the new road that continues on from Lancelin road and connects up to Cervantes, Jurien Bay and ends just south of Dongara. It has always been a bit of a hassle traveling north of Perth; having an extra road that runs right near the coast is brilliant.

I must say I am impressed with the new Indian Ocean Drive. It is scenic, well made and certainly better than traveling up the Brand Hwy. There are fewer trucks which is a big bonus and the drive is much more enjoyable. 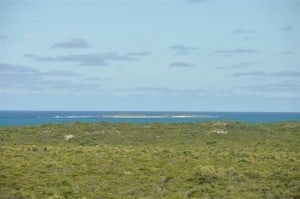 The scenery is great

If you are going to Wedge Island, Grey, Cervantes, Jurien Bay or Sandy Cape, the Indian Ocean Drive is much faster. Traveling to Geraldton is similar in time; however this does depend on how far east you live. A lot of caravans tend to go up the new road, which can be a bit of a pain for overtaking. However, it is worth a drive regardless. 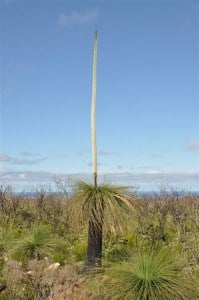 What does it go past?

Below is a list of distances from Perth, and their approximate time. Please note travel times vary considerably depending on traffic, and where you live.

I never found it an issue for overtaking, however I have heard a few people complaining about it. Big trucks are not allowed on the road, but it is the caravans that you need to be careful of. There are a number of overtaking lanes and enough hills to make overtaking easier. The most intelligent thing to do is alter your travel times so you don’t run into hundreds of Caravans!

As above, it really depends on when you go. At night time, the road is almost dead. On the public holidays (or night before) and school holidays the traffic can be a bit of a pain, but it always has been along Lancelin road too. 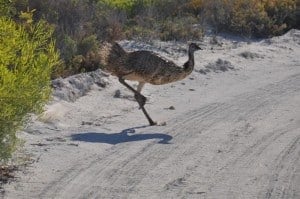 Emu’s are not uncommon in this area!

Watch out for native wildlife

It was sad to hear that a large number of echidna’s, goannas, kangaroos and other wildlife getting hit in the first few weeks that Indian Ocean Drive opened. Being a newer highway the animals haven’t quite gotten used to it. You need to be vigilant for the animals, and try to avoid them if it is safely possible. Some of the big kangaroos at night will make a mess of your vehicle – keep your eyes open! 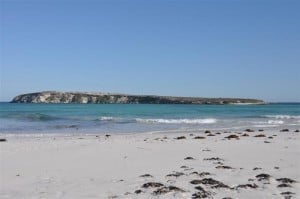 Wedge Island in all its beauty

Getting to Wedge Island and Grey

If you want to get to Wedge Island or Grey the fastest way, take the Indian Ocean Drive and turn off at the relevant roads. No longer do you have to battle soft sands, high tides and mountains of sea weed. People in 2wd vehicles can easily access both Wedge Island and Grey, but you want to stick to the hard tracks.

There are quite a few hills along the Indian Ocean Drive which provide incredible scenery. Apparently there are less than on Brand highway, but I can’t say I have ever paid much attention! I will also mention the head wind can be quite nasty if you are driving from Jurien bay to Lancelin. I know My Hilux suffered some nasty fuel economy figures trying to sit on 110km/h! 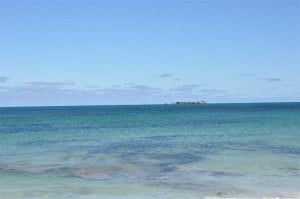 I would like to mention that I am disappointed in the decisions made to make a bitumen road to Wedge Island and Grey. The rangers complain that Wedge Island is hard to monitor, and now it has been opened up to everyone (2wd vehicles inclusive) making it even worse. Grey and Wedge Island have always been amazing places accessible by four wheel drive only, which has kept them great. If you are visiting, please respect the area and look after it.

It is ridiculous that you can no longer camp on the beach around Wedge Island. If you want somewhere to camp north of Perth near the coast, you have to drive all the way north of Cervantes. Why are we getting locked out of such amazing coastline? Lock the people responsible for damage out and keep it open for the rest of us!

The shacks are a totally different matter, and like many locals it would be sad to see them go. They have been there for a long time, provided a lot of entertainment and fun and they are part of the area’s history. I’d like to see some serious thought go into planning their future and making the area ecologically sustainable without ruining people’s ability to enjoy the coastline.

This coastline is truly incredible, and is enjoyed by hundreds of thousands of people every year. Let’s keep it clean, look after it and keep it accessible for future generation’s times to come.

What do you think of Indian Ocean Drive? Is it slower than Brand Hwy? Let us know below. 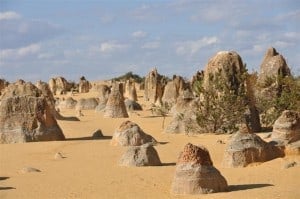 The famous Pinnacles at Cervantes