The aftermarket 4WD accessory world is thumping along at a pace never seen before, and I keep seeing comments from people who’ve been told that if they fit a particular accessory, their vehicle warranty will be void.

If you fit a catch can, does it void your warranty?

If you fit a lift kit, does it void your warranty?

If you fit a secondary fuel filter, does it void your warranty?

In today’s post, we look into this in depth and cover what your rights are as the consumer, and what the vehicle manufacturers are actually allowed to do, and say. You’ll realise very quickly that its not always black and white, and the manufacturer and dealers are not always right in what they say, or mean. 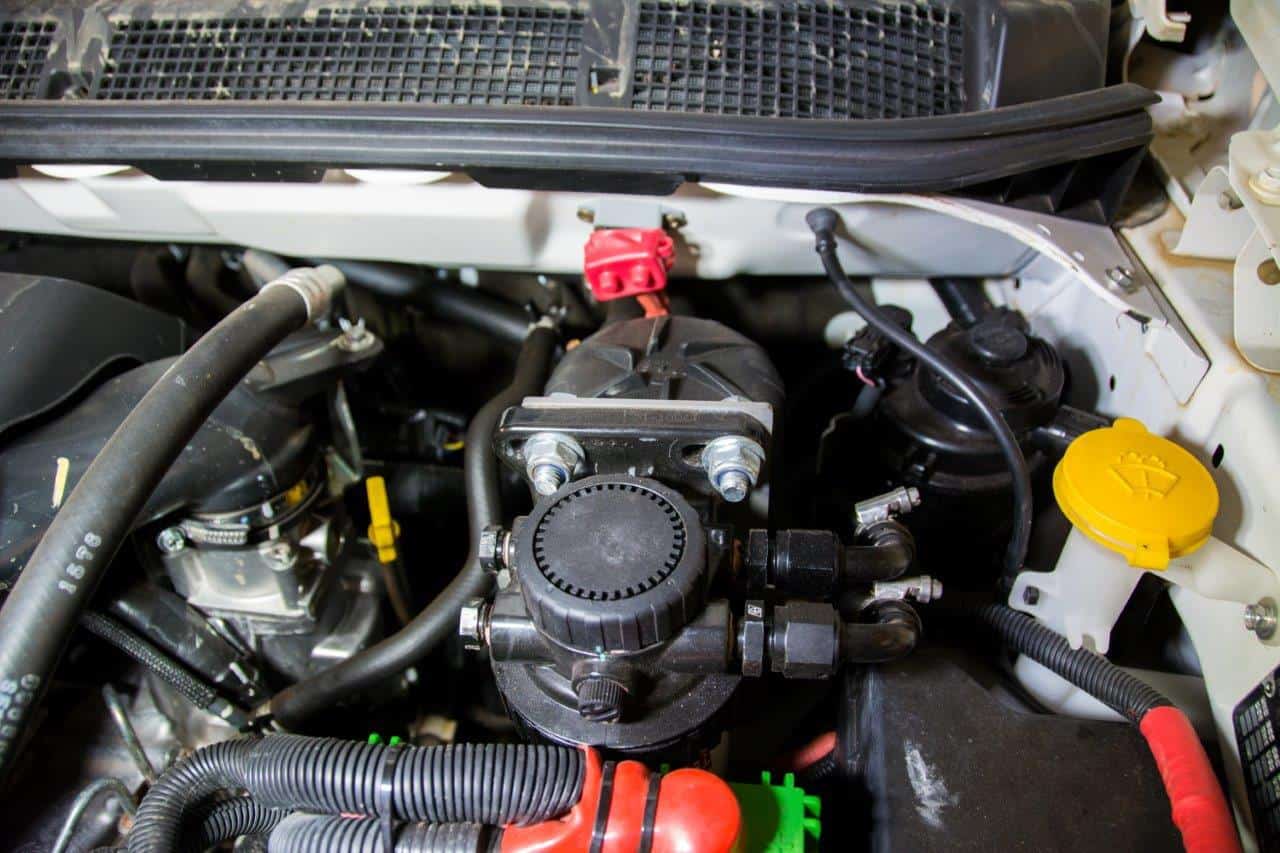 If you fit aftermarket accessories, will your warranty be void?

This falls into a similar category as having your 4WD serviced by a normal mechanic, instead of at a dealership.

Say you go out and purchase a brand new 300 Series Land Cruiser, and instead of having it serviced at a dealership you decide to take it to your local mechanic who has served you well over the years, and whom you trust.

Can your dealership turn around and say that because its been serviced outside of a Toyota Dealership that your warranty is no longer intact? Providing your mechanic is licensed, registered and using parts that meet, or exceed the OEM (Original Equipment Manufacturer) specifications they cannot decline your warranty, and if they try you can report them and they’ll get in significant trouble.

This was put in place to stop anti competitive behaviour. In other words, its illegal for a business to tell you that you have to service the vehicle with them, as it reduces the possibility for competition and this is imperative for a good retail environment. 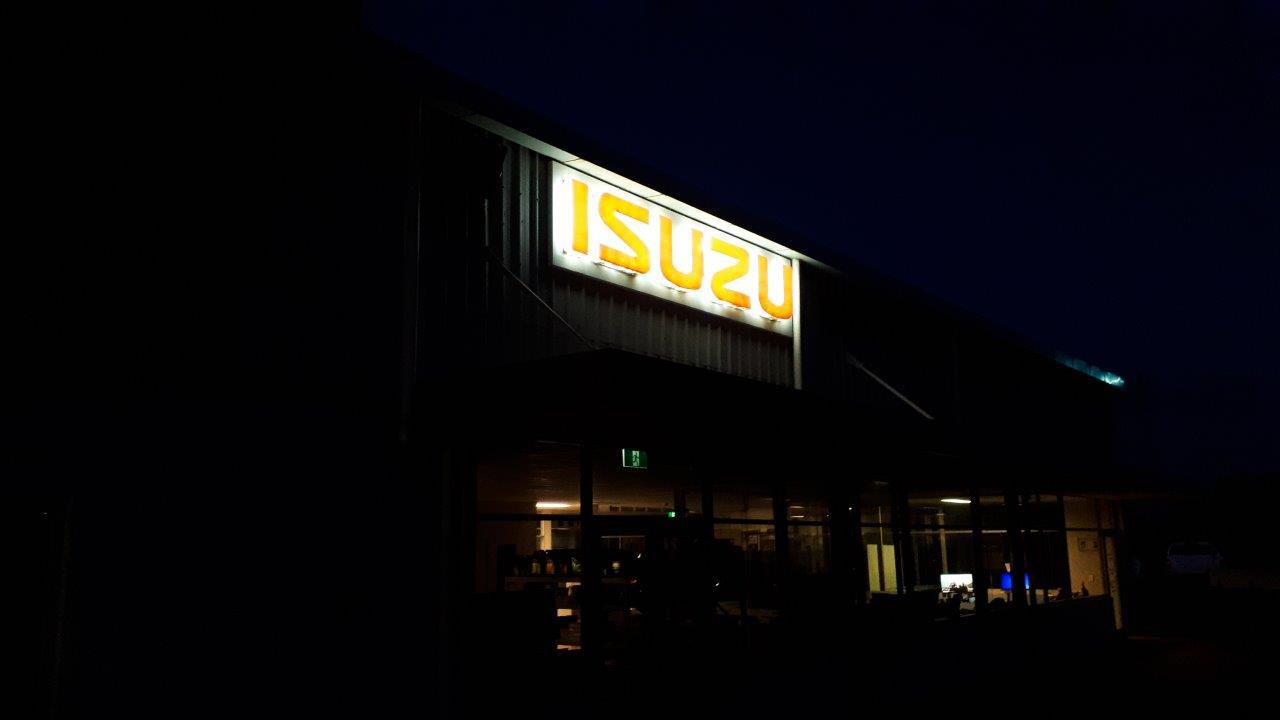 When it comes to installing aftermarket modifications, there’s some interesting considerations that need to be discussed:

Factory setups are often designed for a compromise

The whole reason people fit aftermarket 4WD gear is to improve a vehicle, or to overcome a problem that it has. For example, there is not a single dual cab 4WD on the market that would safely tow a 3500kg caravan with a 350kg tow ball weight without some sort of improvements to the suspension.

Whether that be a set of heavy duty springs, air bags or some weight on the front of the vehicle the suspension on the rear will just sag, and you’ll end up with a towing setup that is not level, and has poor handling characteristics.

This is a hugely common problem because the vehicle manufacturers make the suspension to be jack of all trades. It needs to be comfortable when unloaded on the bitumen roads, capable of some corrugations and off road work and able to tow something without sagging right to the ground.

People approach aftermarket accessory companies to provide a remedy to these issues, as traditionally 4WD manufacturers don’t offer a solution. If you went into Toyota and asked them for a set of 600kg springs to suit a 200 series Land Cruiser, they’d laugh at you, because they don’t make them. 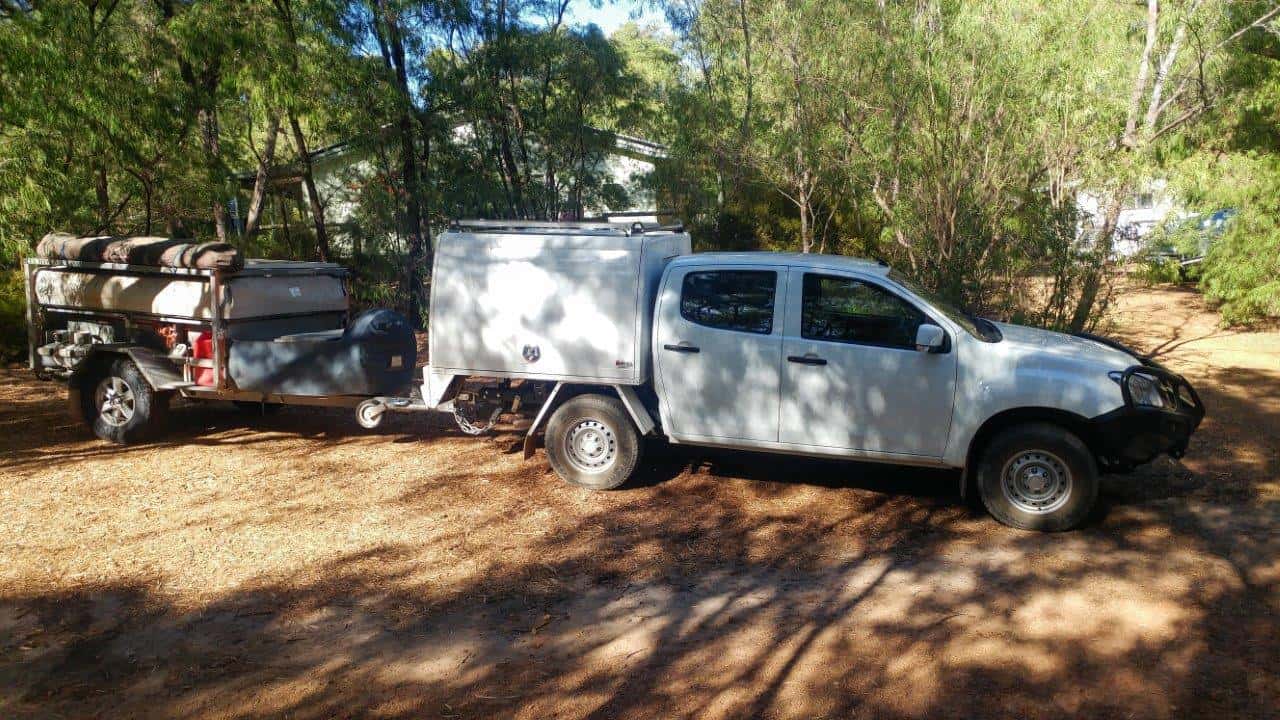 Aftermarket gear is often the cause of problems

For mechanics in the game, its pretty common to trace problems back to aftermarket gear. Whether the gear is not up to the job, or its been poorly engineered, or most often incorrectly installed, it is super common for an aftermarket product to be the cause of problems that you have.

You need to know this, as its easy to say that vehicle manufacturers are unhelpful, and don’t want to process your warranty issues, but you need to consider it from their perspective too.

If you sold a product, and it came back a year later broken because someone had modified it, how would you feel about it? Would you cover the problem? You’d rightly think twice about it, especially if it was directly related. However, if it is related, you absolutely should cover it.

If a problem is caused, it needs to be related to the modification to have any relevance

Going on from the above, for a vehicle manufacturer to decline a warranty issue, it has to be related to the accessory (s) that have been fitted.

For example, if you fit a 3 inch lift and 2 inch bigger tyres and then you snap a CV, your manufacturer has every right to go sorry mate, your fault; you exceeded the vehicles design parameters and you’ll have to pay for this.

However, if you were to install a Provent Catch can and then you had a leaking pinion seal on your rear differential, your dealership cannot possibly say the catch can was the cause of the problem. They might try, but they would be well and truly out of their level of rights.

Where things become grey, and more difficult is when its hard to determine the cause, and the dealerships will often swing the hammer in their favour. 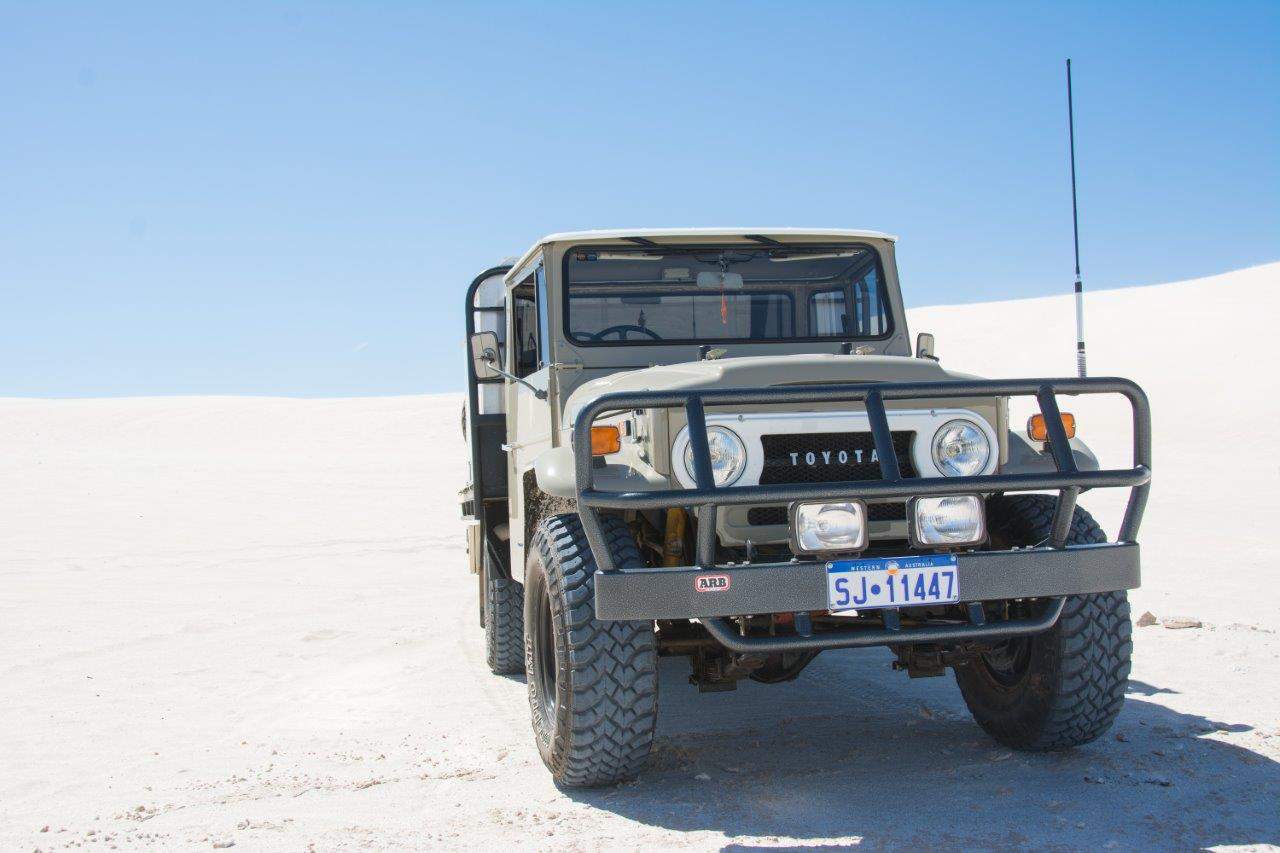 Manufacturers have to be reasonable; ‘Sorry mate, but your Bull Bar caused the rear differential to fail’ just doesn’t cut it

The next thing that you need to know is that it is hard work to beat a vehicle manufacturer. When you submit a claim, they will come back with an answer. If its in your favour then that’s sweet, and you are onto a winner. If they decline it though, and you disagree with their findings then it becomes an uphill battle.

Of course, if you firmly believe you are in the right then you can keep pushing all the way to the ombudsman and fair trading, but be warned it is not an easy, or simple pathway. Unfortunately, many people just give in and pay with it out of their own pocket, regardless of whether they are right or not.

If you have a cracked chassis member and the bar is at fault, it’s the accessory manufacturer that needs to cough it up, not the vehicle manufacturer, or yourself.

For example, if you went with a Lovells GVM upgrade and they took your rear axle capacity from 1860 kg up to 2100kg, and then your rear differential snapped in half, Lovells would be the company you’d be chasing up. If you took it back to Isuzu, Ford or Toyota (or any OEM), they’d just tell you its not their problem. 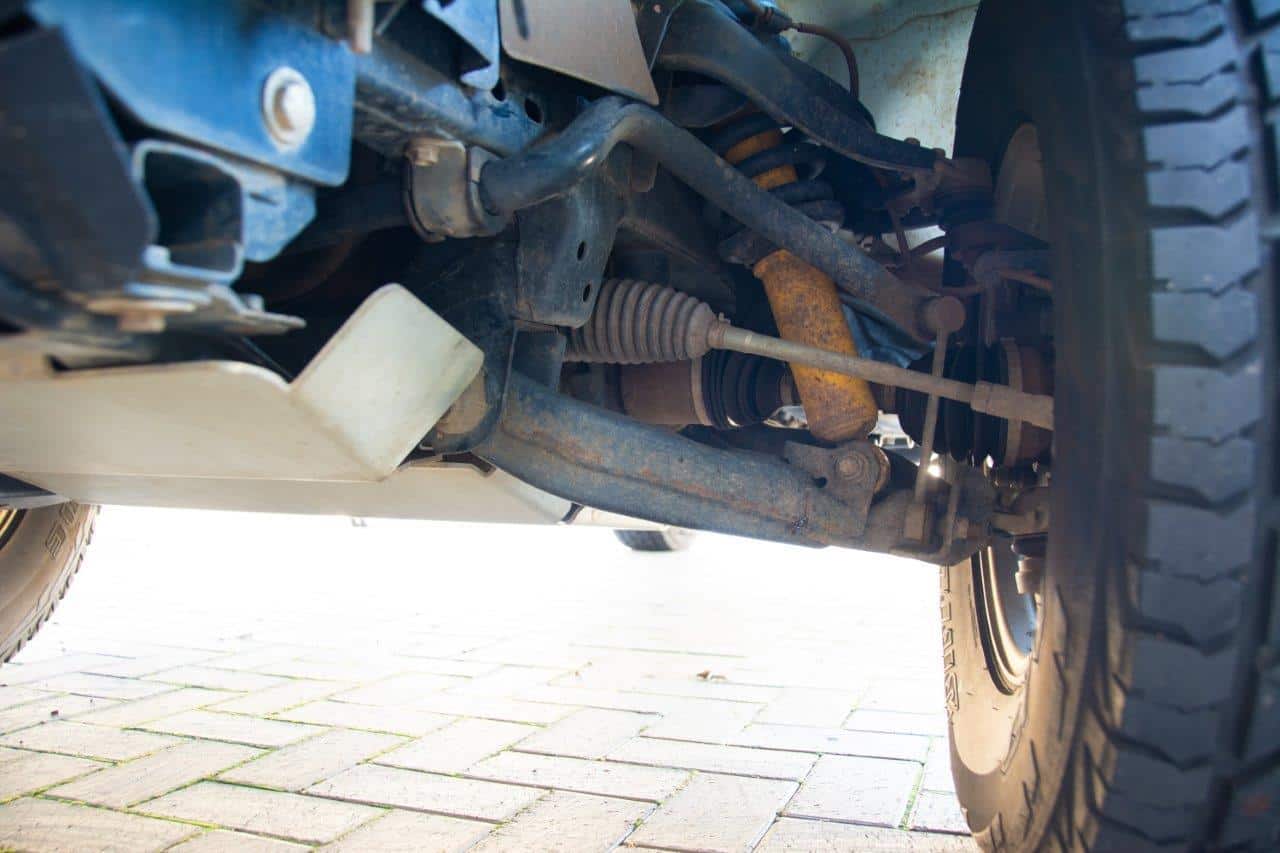 Like everything, there is always a grey area, and we experienced this first hand with a recurring transfer case leak that was a total pain in the backside. It started not long after fitting an ARB GVM upgrade, and I took it back to Isuzu, who blamed the lift immediately, but in good faith replaced the seal anyway.

I don’t think it was done properly as it was still leaking when I picked it up, but even after having it replaced a few more times it kept leaking. I’m completely positive of this now, after reading about the seal position. If you want to know more, check out Isuzu Dmax Transfer Case Leak.

I went back to ARB, who said they’d never heard of it, and I suggested a tail shaft spacer (as suggested by Isuzu, and from reading online) and ARB got one in and installed it for me.

Now, I argued with Isuzu that the lift kit was not the cause of the tail shaft leak, as its been done on thousands of other Isuzu’s over the years and they haven’t had any reports, but Isuzu still held their ground.

In that situation, you are caught in the middle of a predicament; you can’t easily prove that Isuzu are in the wrong, and at the same time they don’t really need to prove you are. To make it more complicated, when you have a third party into the mix no one wants to take responsibility, and it can become quite a problem. 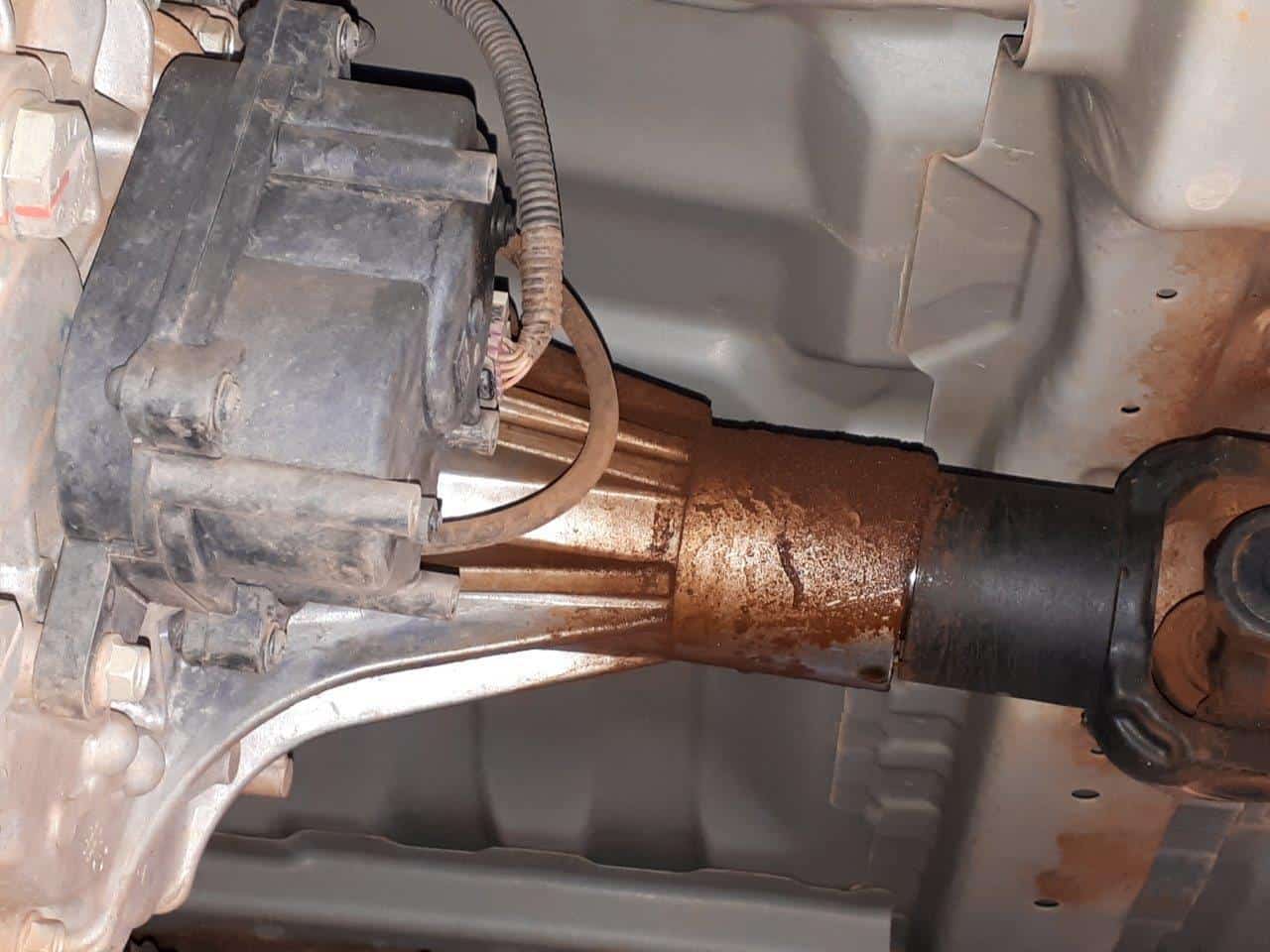 The transfer case oil leak was frustrating, but a good demonstration of where the consumer sits

Use an independent service

If you have any issues with warranty claims, take your vehicle to an independent mechanical service, and get them to assess the vehicle, what’s gone wrong and they can make a written assessment.

You can then take this back to the dealer, and if they still don’t budge then you can go further up the chain, until you get the result that you want.

The more you know about the problem that has occurred, the better off you’ll be. Ask on the relevant Facebook groups about whether people have had the same issue, speak to independent mechanics and dig as deep as you can.

If you find its a common theme, then it could be a design flaw and regardless of the modifications you can be in a good position.

For example, there’s been a huge number of cracked inner guards on the Isuzu MUX and Dmax, and people have had a huge battle with Isuzu. Some dealers flat out refuse to help when they see an aftermarket Bull Bar fitted, but others put it through with no issue.

The irony is that they have cracked on vehicles without bull bars, and with bull bars made by Isuzu, so it proves that its not related to an aftermarket accessory (although it might contribute), and you actually have a leg to stand on.

Do aftermarket accessories on a 4WD void your warranty?

The short answer is no, providing they are done properly, and are not related to the actual issue. As discussed above, if you install a catch can and have a differential leak they have nothing to do with each other, and cannot possibly be the cause for a valid warranty claim.

That said, there are times when your aftermarket accessories will be the cause of a warranty being declined, and in some cases you can do something about it, but in many its simply not worth the effort.

Be reasonable and logical, stick up for your rights and don’t be afraid to push hard when you think you have a legitimate case. Don’t allow the dealers to push you around, as that doesn’t end up with proper accountability.

Have you had a bad experience with trying to claim warranty and having aftermarket accessories installed?