Is a 4WD really suitable or do you need a truck?

In my opinion, too many people today are using 4WD’s to do a job they were never really designed to do. When I say 4WD’s, I’m referring to anything from a Suzuki Sierra through to a full size wagon like a Y62 Nissan Patrol or 200 Series Land Cruiser.

If you are towing a heavy trailer, this especially applies to you, but it also applies to those who have vehicles which are heavily loaded even without a trailer. Lets start with the basics; do you know what your 4WD weighs when its loaded? What about the total weight of your trailer and 4WD? If you don’t, you are living in a very dangerous position.

You are expected to drive a roadworthy vehicle, and that means being under all of the manufacturers recommendations. If you are overweight and you have an accident, your insurance company can turn around and walk away from any claims that you might make.

It’s serious stuff; if you prang into the back of a luxury vehicle you may be up for the costs of repairing their vehicle, plus yours! There was a bloke not so long ago who had a 200k claim declined because of the way his vehicle was loaded. The whole setup rolled, and was written off and the insurance company just walked away.

I suppose this post stems from sitting here at Cable Beach Caravan Park, and looking at all the amazing caravans in the area. Some are tiny, old and weigh next to nothing, and then you have others that are 3500kg to 4500kg when fully loaded. I’m sitting metres away from a Bushtracker van that the owner tells me is 4000kg when loaded, and yet people still tow them with ‘normal’ 4WD’s.

The best towing vehicle is one that can tow your trailer whilst being well and truly under all of the weight limits. If you are on the edge of any, you might just be illegal. We have a GVM upgrade on our Isuzu Dmax, and tow a light weight (2200kg) hybrid camper trailer with a very light tow ball weight, and we were only just compliant! You can read more about that here – Mobile Weighing. 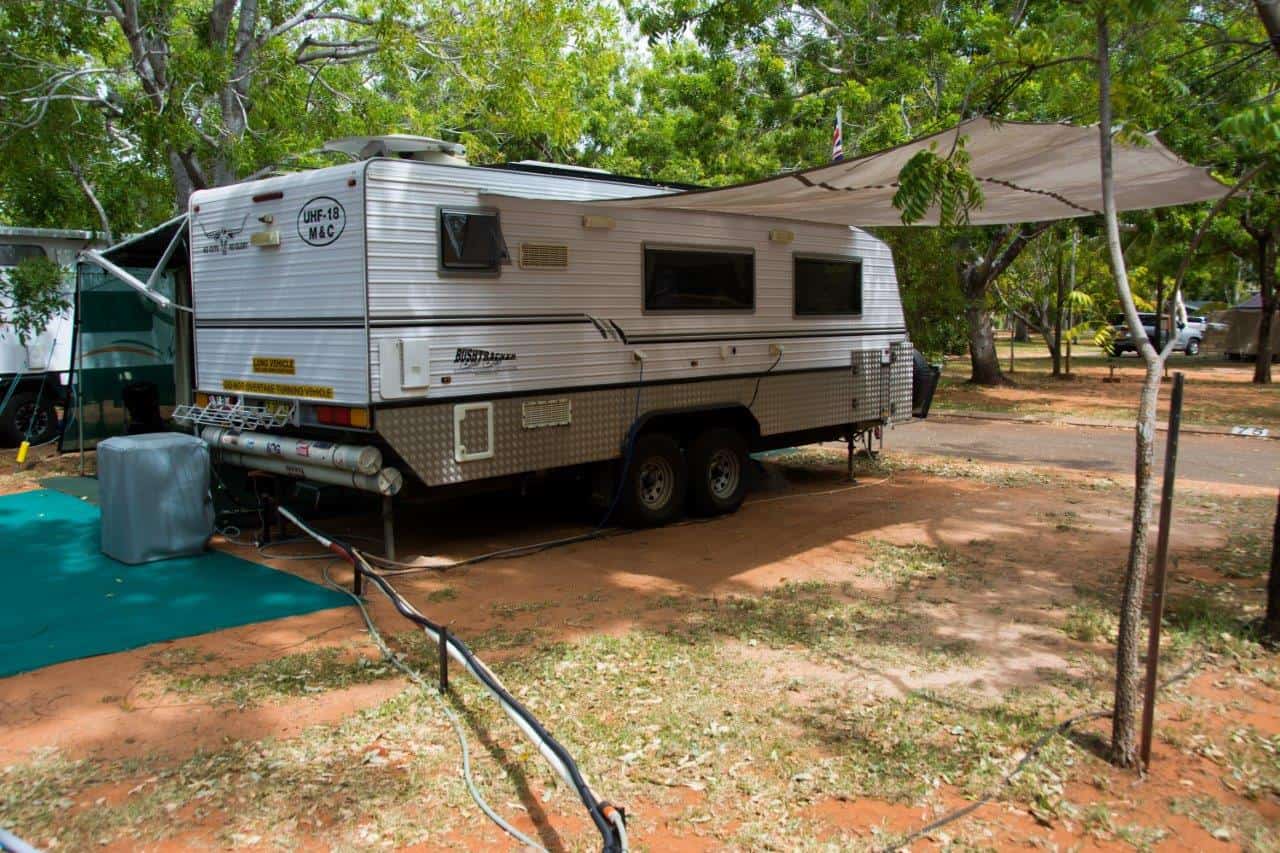 A big, 4 tonne Bushtracker van that was towed with a Toyota Tundra 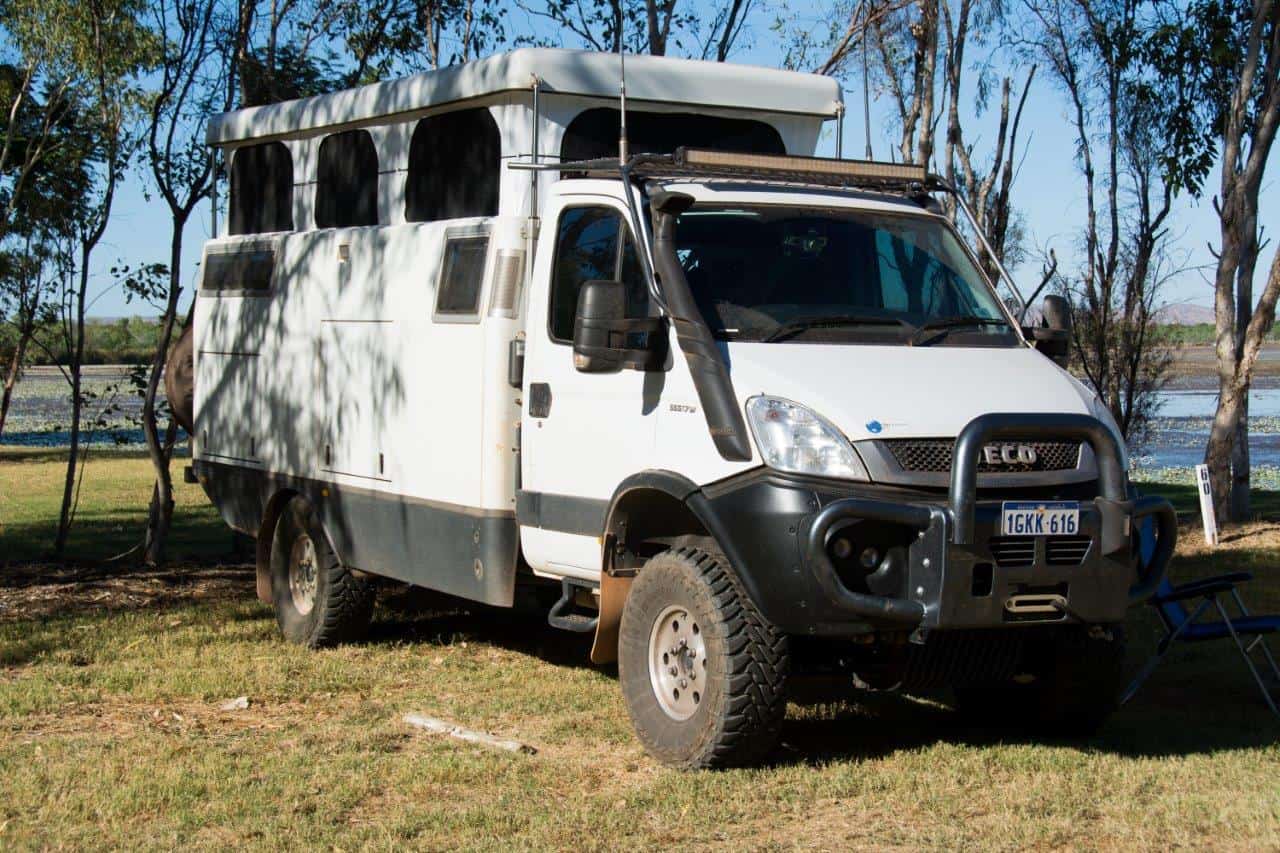 If you are moving a lot of weight, a truck becomes the only sensible and safe option

I have a real problem with manufacturers selling vehicles with false and misleading tow ratings. Most dual cab Utes on the market today are sold as being able to tow 3500kg. The reality though, is it couldn’t be further from the truth. Are you being misled by 4WD tow ratings?

I’ve lost count of how many people have purchased a nice new van and 4WD to tow it with, only to find out that they are obscenely over weight. Once this is identified, there are no simple solutions. You essentially have to sell one or the other, and move to something different.

Most modern 4WD’s come with 3500kg tow ratings, but you can very rarely achieve that

Lack of payload available for the 4WD

If you really delve into the weights that you are allowed to add to a 4WD, you’ll probably be gobsmacked. Add the normal touring accessories to a 4WD and 4 people, and most are close to their maximum weight. 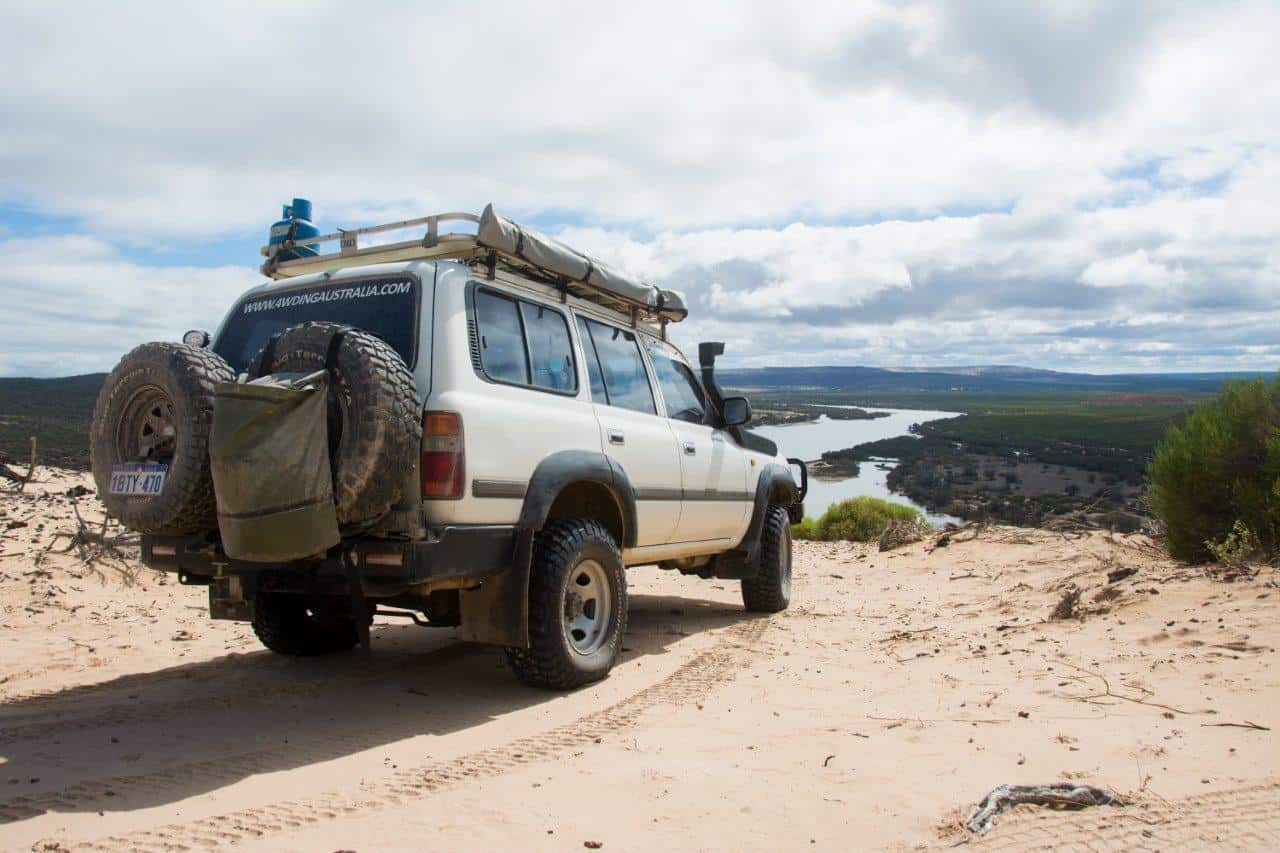 Lack of towing capacity left after loading a 4WD

Most 4WD’s on the market cannot tow their maximum tow amount when they are loaded up. Your total weight, 4WD and trailer combined must not exceed the GCM.

So, you can have it one of two ways – a loaded 4WD and a lighter trailer, or a heavier trailer and a lighter 4WD. If you have both, there’s a good chance you aren’t legal.

Towing a trailer that weighs more than the vehicle

Part of the reason I think the 3500kg towing limit on modern dual cab Utes is a joke is because of what they weigh. It’s a good idea for the tow vehicle to weigh at least what the trailer does. Being shoved around by a trailer is never a good thing, and a 2 tonne Ute towing a 3.5 tonne trailer seems very sketchy to me. 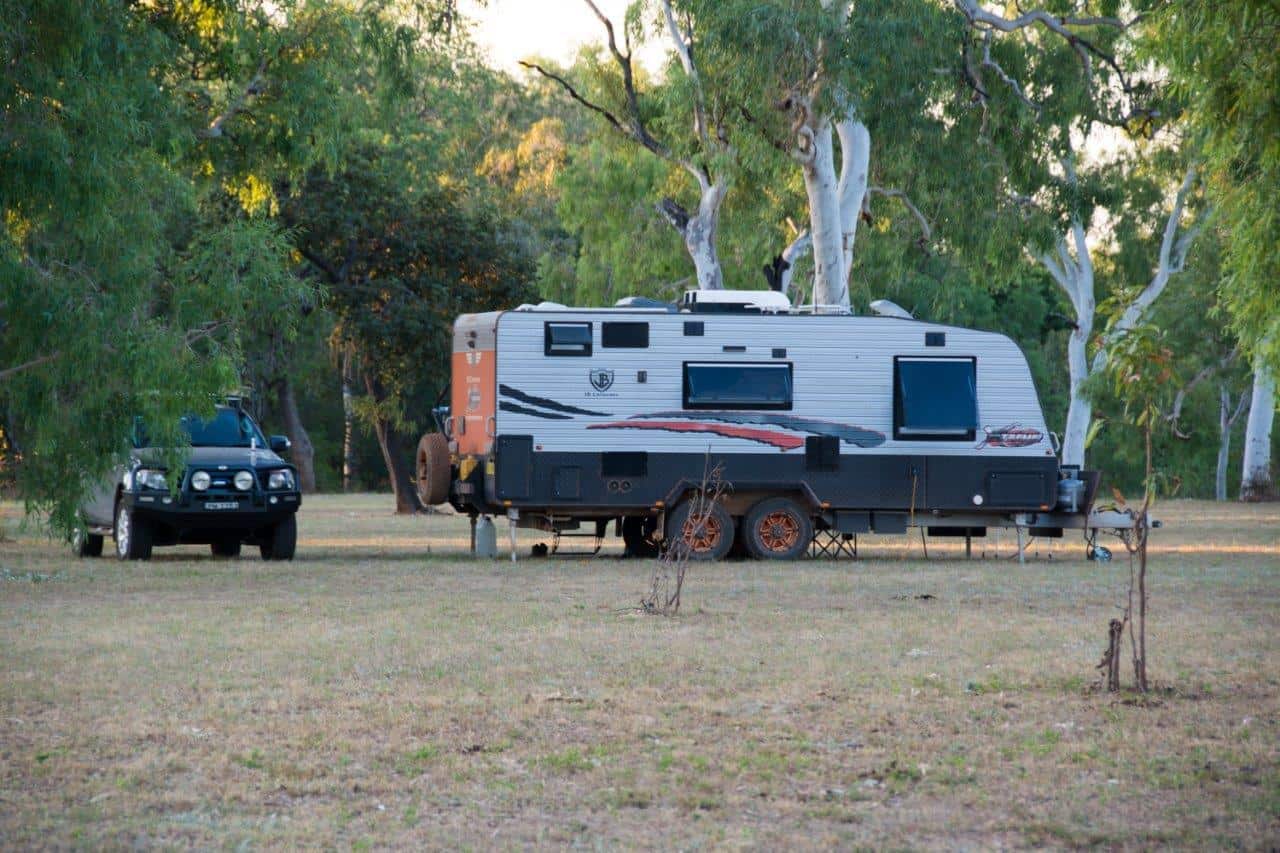 Caravans are getting bigger and heavier every day!

A few years back, GVM upgrades were almost unheard of. These days though, they are getting far more common, and the reason is simple – people are carrying and towing more gear, and the awareness of the consequences of driving an illegal vehicle is becoming much greater.

On our Isuzu Dmax, I had an ARB GVM Upgrade done, which gives me an extra 220kg of payload. I was always planning on fitting old man emu gear to the vehicle anyway, and you know what the difference is? A bit of paperwork, and more money. The kit that I was going to install is exactly the same as what comes with the GVM upgrade.

In almost every case, all that is done for a GVM upgrade is springs, shocks and a bit of paperwork. There are nationally recognised kits out there that just need to be fitted by a qualified person and signed off by an engineer. However, If you can get a substantial increase on what the original equipment manufacturer had already specified, don’t you think that its putting more strain on everything else?

A HUGE amount of engineering goes into making 4WD’s legal, and when you go and change it and add a heap of extra weight you are going to increase the likely hood of something going wrong.

What vehicles are more suitable?

When you look at the below vehicles and see what their payloads and towing limits are, even when fully laden, you’ll understand the massive difference in vehicles. You can still carry around 1 – 2 tonnes in many of them with a 3500kg trailer on the back.

Instead of pushing your 4WD to the absolute maximum, where things are much more likely to break, perhaps a truck or ‘yank tank’ is more suitable: 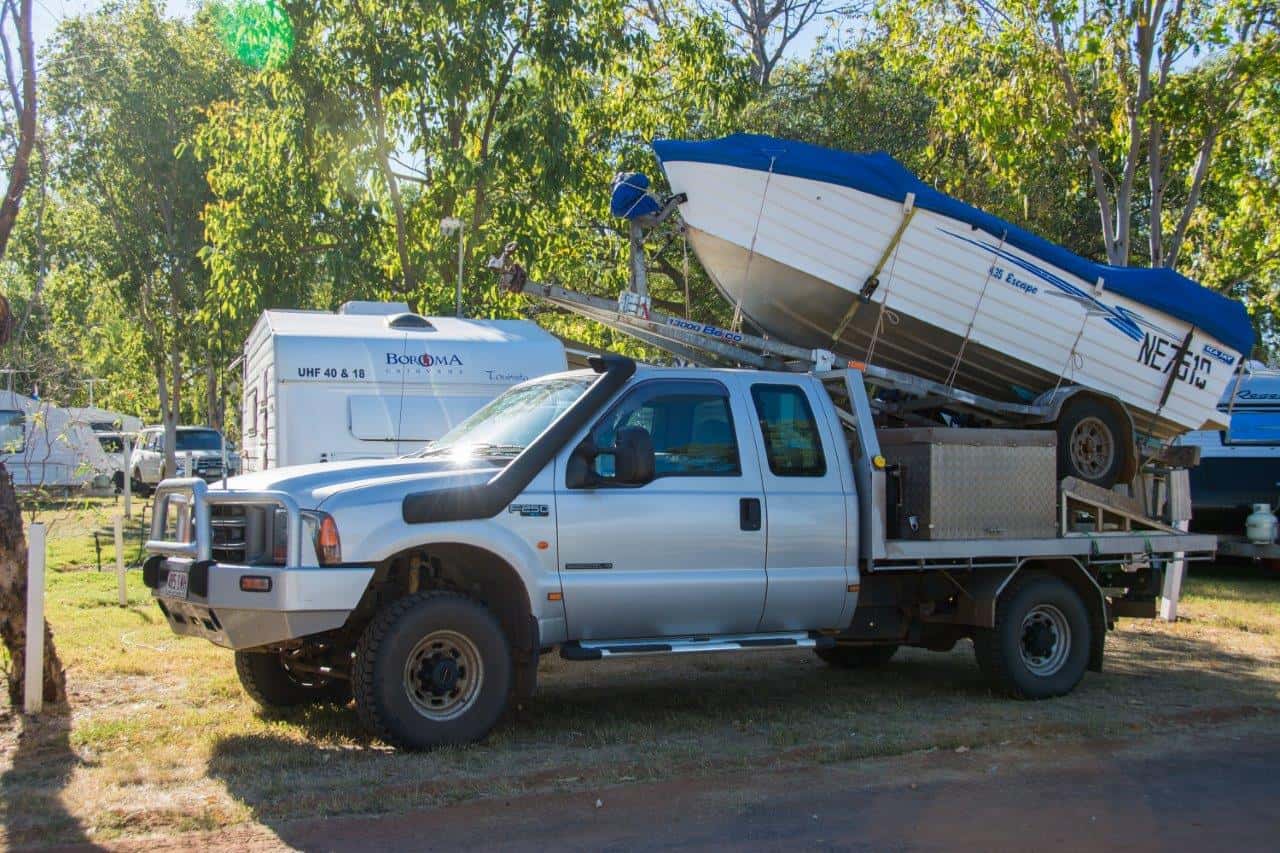 An F250 with a boat on the back and trailer in tow, all well within its specs

Dodge Ram 1500 291kw, 556nm 5.7L petrol eight speed auto, 4500kg towing capacity, but with almost no payload left – look very carefully into this! Payload can be up to 912kg depending on what you are towing 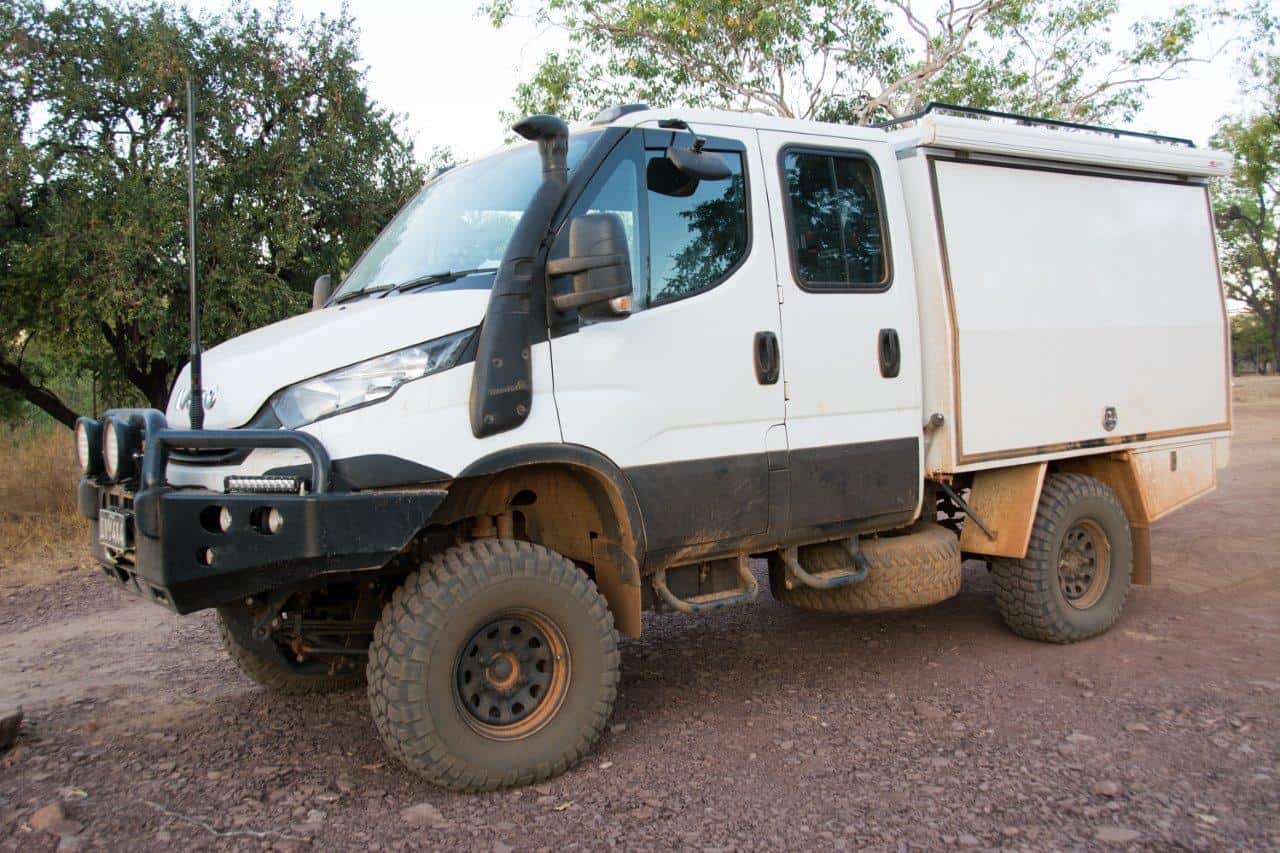 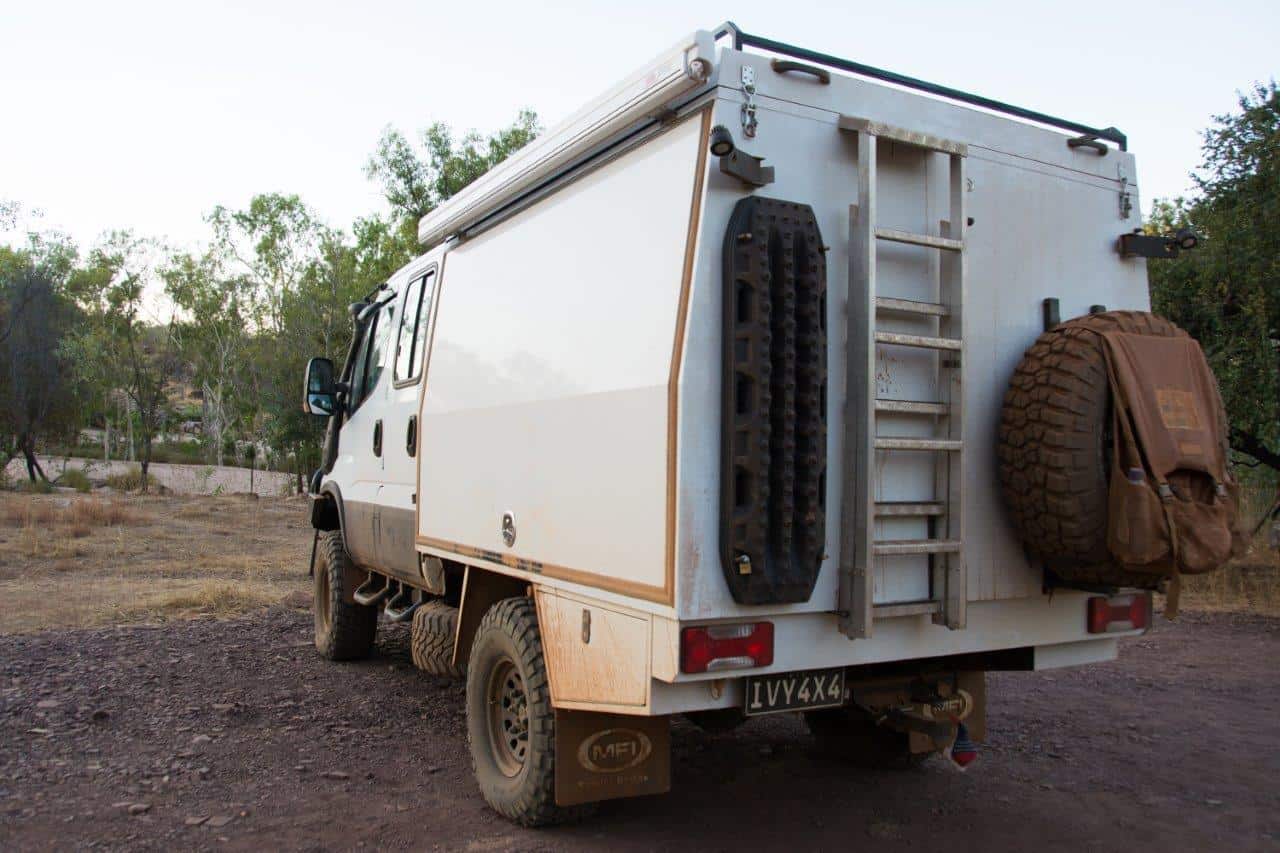 No shortage of space, storage options or weight capacity

The last two I’ll mention quickly are the Unimog and Oka, which are a bit different but still an option for some people.

Most of these vehicles can tow big trailers, whilst still maintaining a 1 tonne payload and doing it safely. There’s not a normal 4WD on the market that can have 1 tonne added to it and still tow a 3500kg trailer legally.

If you’ve been pushing the limits with your 4WD, maybe its time to shed some weight or look at a 4WD truck instead.