Look after our bush; abuse it and lose it

Australia is an amazing country. We’ve got some of the most incredible places to visit in the world, and it is enjoyed by hundreds of thousands of people every year. However, there are a small minority of people out there who lack respect, and common sense for this wonderful place. 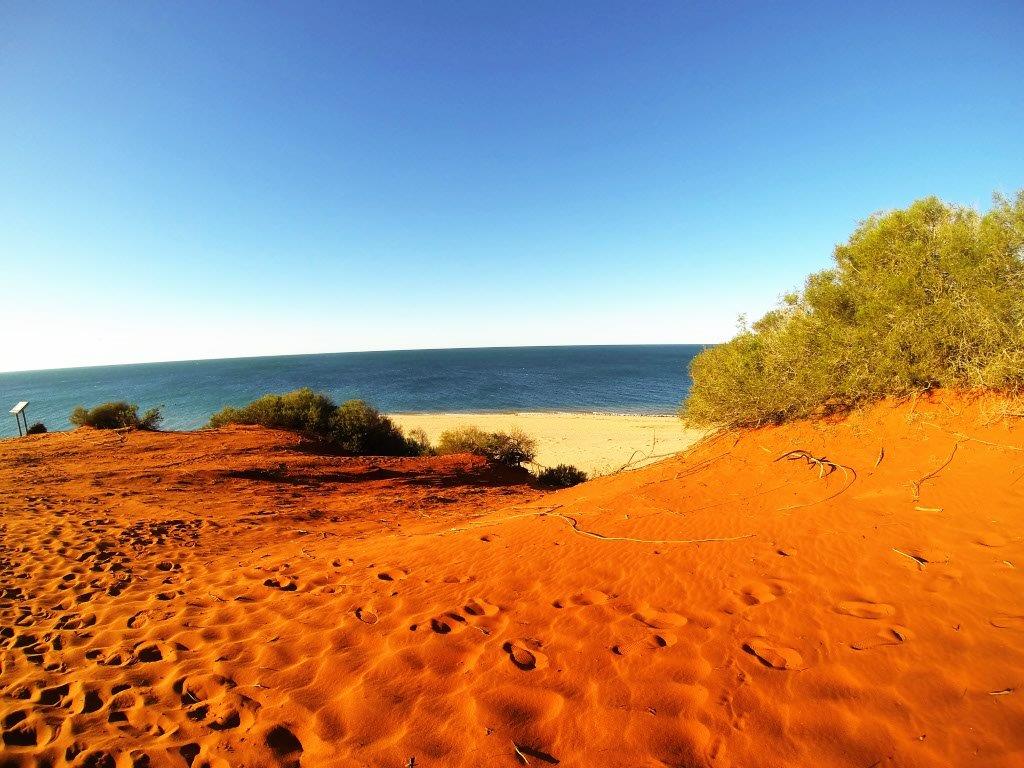 So much to see and so little time!

We’ve got access to more places in Australia to explore than you could poke a stick at, but it comes with a certain responsibility. If you abuse our bush, you will lose it for yourself, for your mates, family and future generations. Let’s take some care and responsibility for the Australian bush!

Treat it as your own

If everyone treated their camping and 4WDing destinations as if they owned the land, we’d have much less of a problem. You wouldn’t throw a beer bottle or stubby into the bushes along your back fence, so why would you do it when you are out in a public place? You wouldn’t dig a hole in your backyard, do your business and leave it exposed, so why do it when you head bush?

Treat every location you visit with the respect and appreciation it deserves. It’s the least you can do.

What can you do?

Take your rubbish with you

The most prevalent problem with 4WD tracks and camp sites today is the amount of rubbish that is left behind. It’s really pretty simple; if you take it in, take it out. When you pull up next to an amazing, clear river and set up camp, the last thing you want is dirty nappies, cans and beer bottles, broken tents and old camp chairs to keep you company. Australia is a pristine place, and deserves to be kept that way.

If you see someone littering, have a word to them (respectfully). We can’t afford to have people thinking its ok to chuck their rubbish into the bush. The majority understand this, and respect our bush, but it only takes a small percentage to ruin it for everyone

One of the best modifications I’ve done to my 4WD’s is to fit a tyre rubbish bag. They aren’t very expensive, but give you the perfect place to chuck smelly rubbish and keep it out of your vehicle. You’ve got no excuse. 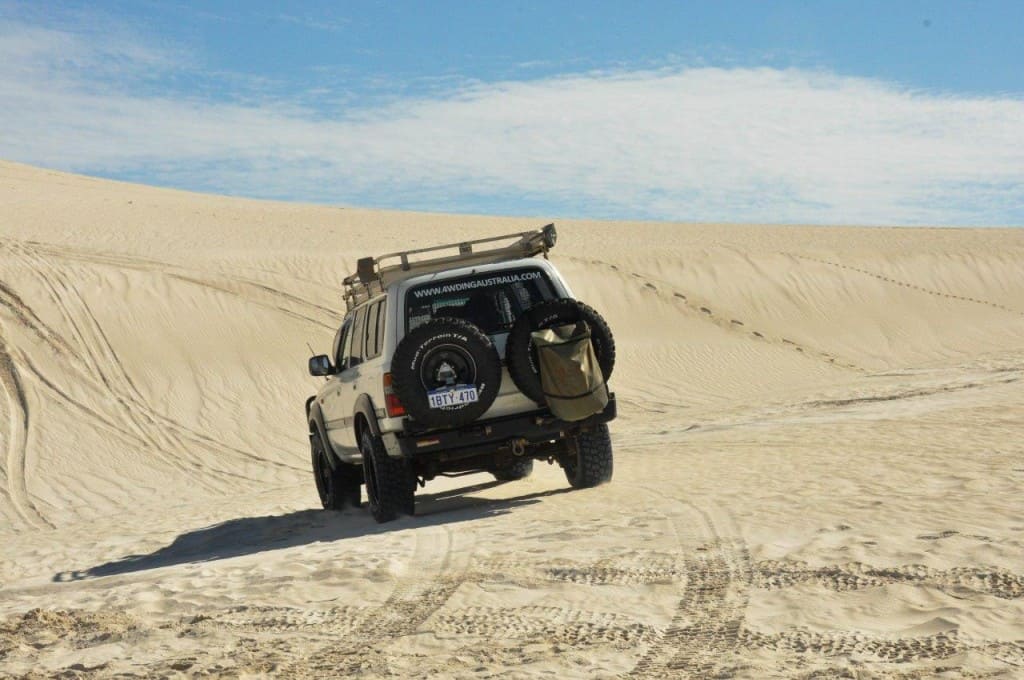 Fires are another well known problem when it comes to camping. Nothing beats pulling up at the end of the day to relax around a crackling camp fire and exchange a few good stories. However, there are plenty of things that you shouldn’t throw into your fire. No matter how big the fire is, you will never burn steel or aluminium cans, or glass. It might melt a bit, but it just ends up in a big lump of difficult to dispose waste.

We pulled into a perfect camp site down south a few months ago, and were disgusted by the old fire pits everywhere, with a stack of beer bottles and cans half burnt at the bottom of them. I’ve got no problem with people going out to have a good time, but crush the cans, and bin them along with any glass.

Too many kids are getting badly injured these days in remote area’s, because of smashed glass bottles and ripped up cans. It’s not hard to take it out with you. You brought it in, so you can take it out. 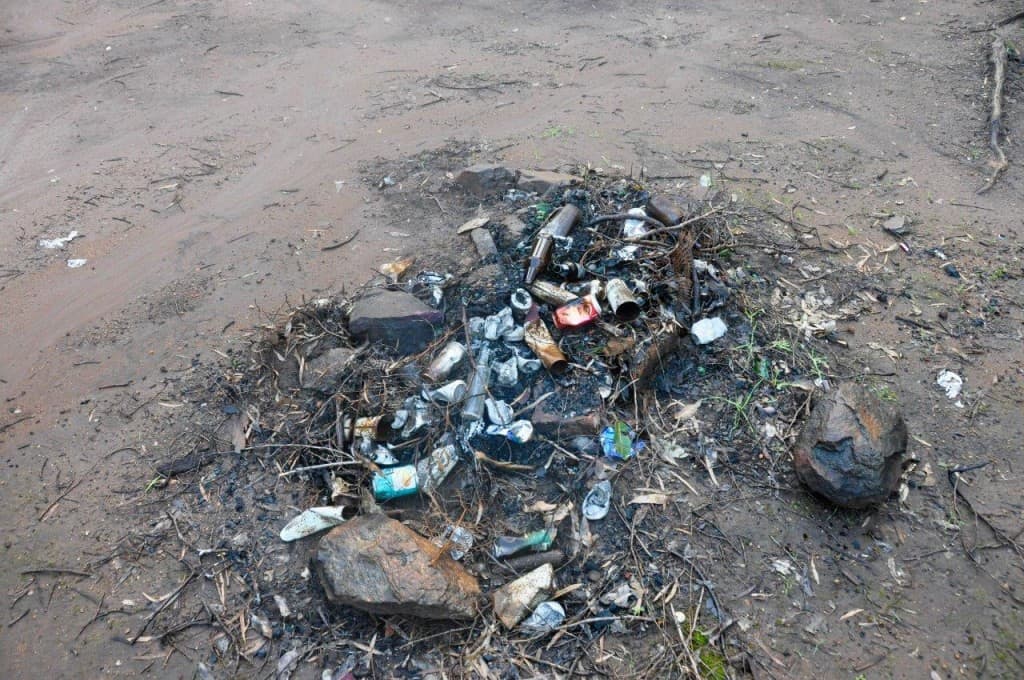 Feral hardly begins to describe this. Take your rubbish with you!

Use the existing fire pits!

When fire pits have been installed, you should use them! Yes, they might be small and a pain to use sometimes, but they are there to keep the fire contained. Where there is no pit, try to use the same area as the previous person. If you really must make a new one, clean up afterwards. If done properly, there should be no evidence you ever had a fire there in the first place. 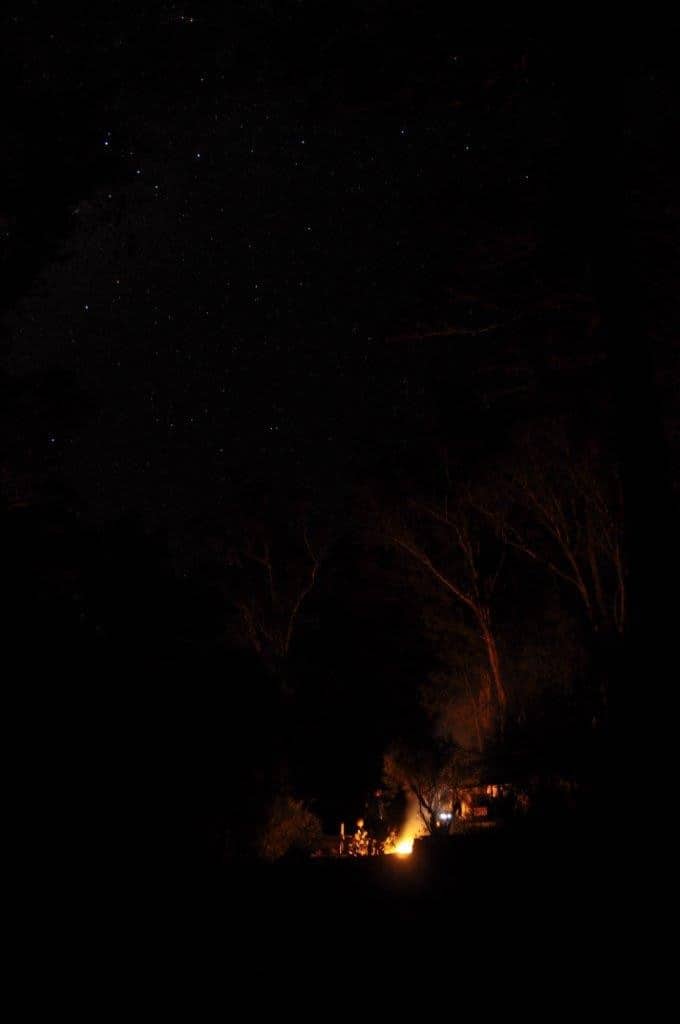 If there is a fire pit to use, make use of it!

We’ve got a lot of timber that makes fantastic camp fires in Australia. However, if you have to cut down trees that are still growing, your wrecking the area. Timber that is still growing is green, wet and will not burn properly. If your in a National Park, make the hike outside of the national park to get timber from where you are supposed to.

We aren’t the only people who rely on the timber in the bush. Birds, insects and a whole range of other animals use it to live in as well, so have a bit of respect for where you get your firewood from. 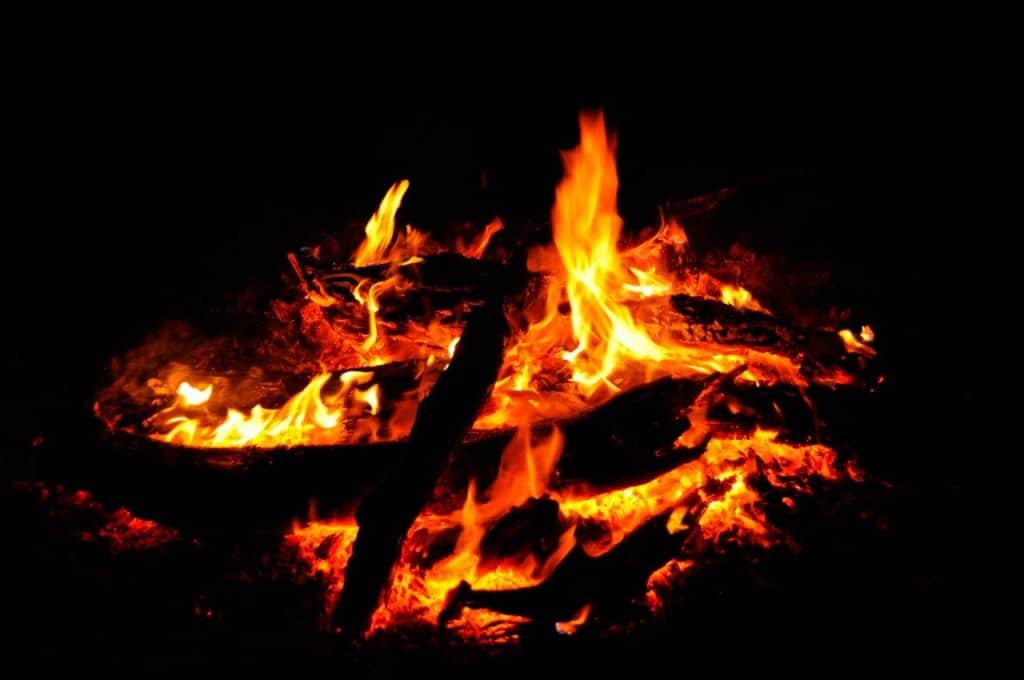 Don’t wreck the area just for a fire

We’ve got a whole heap of people across Australia who do more than their fair share to look after the different regions. Whether they are paid or not, appreciate the work that’s been done, and respect it. I’ve seen people rip out sleepers installed to create stairs, just so they have a bit of firewood.

A lot of volunteers do amazing work building huts, repairing tracks, installing drop toilets and the list goes on. This doesn’t just happen; it requires a lot of blood, sweat and tears and should be appreciated; look after it.

People who destroy the hard work done by others are the lowest form of 4WDer’s, and should not be tolerated in any form 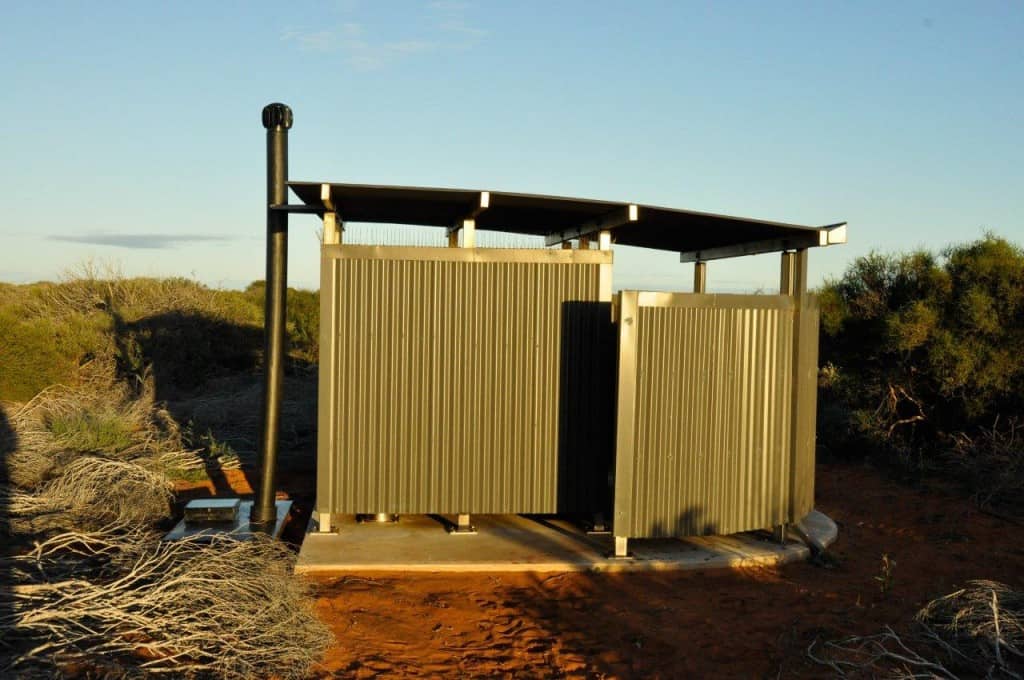 Look after the facilities

A fire ban means no exceptions

Australia has had some terrible bush fires in the last century. Many homes have been lost, people have been killed and millions of dollars of damage has been done. If there is a fire ban, there is a reason for it. Don’t ignore the advice, and go your own way. Asides from the massive fines you risk, you’ve got no respect for the people around you.

Fires complete the camping experience, but you can live without them. It’s not worth the risk of starting a fire that could cost others big time.

Let your tyres down

You know the giant ruts that swallow your 4WD tyres? They are created by a lack of traction. In majority of cases, its due to people not letting their tyres down enough. Obviously, tracks that are hammered by thousands of vehicles are going to create ruts, but you’d be amazed at how far the right tyre pressures will go in reducing track damage. There are plenty of other benefits; have a read of the 6 reasons tyre pressures are critical. 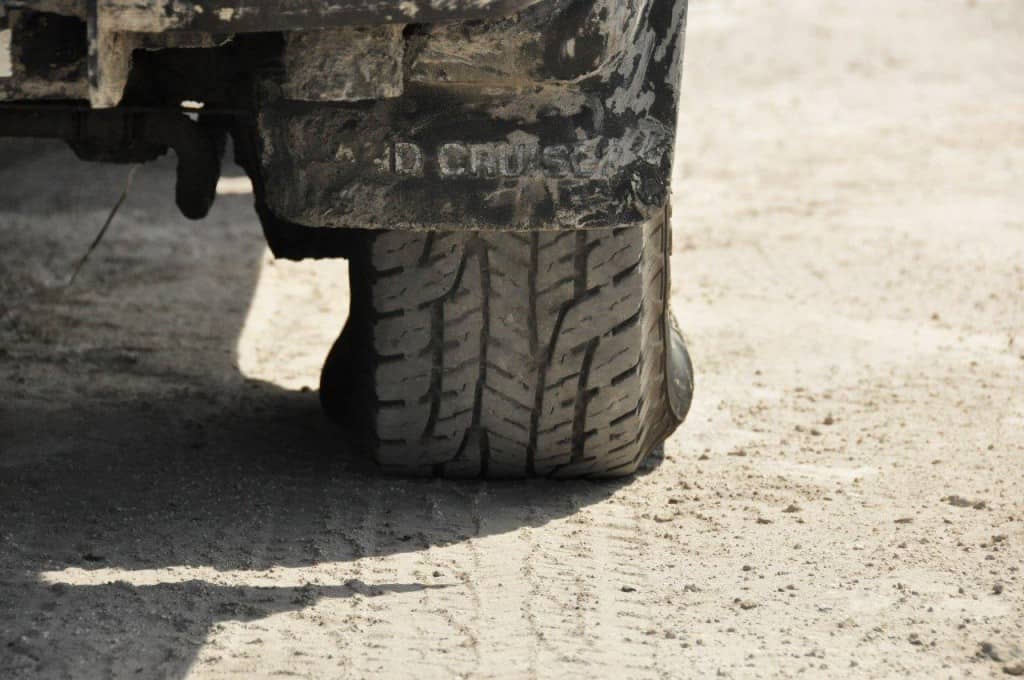 The right tyre pressures make a world of difference

If you see someone who has no respect for the bush, take as much information down, along with photos, and report it to the relevant authority. Obviously make sure that you aren’t put in harms way by doing this; sometimes its not within your ability to safely do so, but the more people that are reported and charged for their poor behaviour the better it is.

It’s not ok to damage the bush, or facilities installed to make it more enjoyable.

When a track is closed, it means you aren’t supposed to be on it. Don’t look for other entrances, or smash the gate down. What do you think this does to the 4WD and camping image? It makes everyone look like they couldn’t care less what authority says, which in turn results in more track closures.

There is a reason the track is closed, and we need to respect that! Seasonal closures are common, and something you’ve got to learn to deal with! 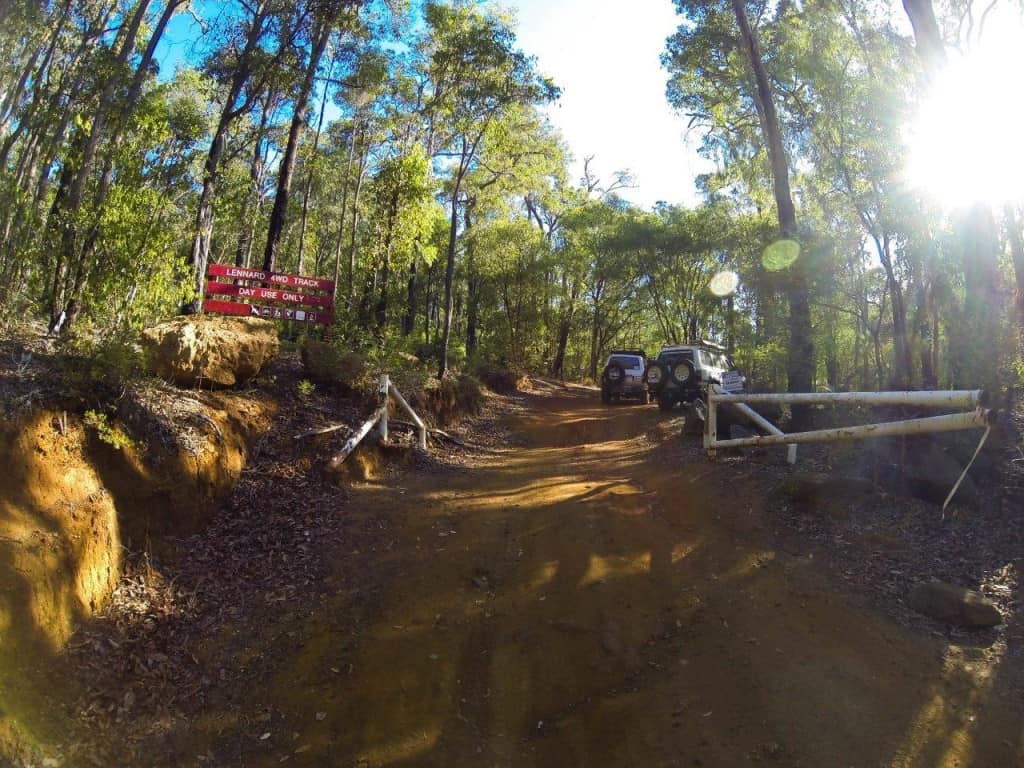 Seasonal closures are a part of 4WDing

Go to the toilet with a bit of respect

The most disgusting result of those who go camping and 4WDing with no respect is the land mines so often left behind. Find a private place away from water sources, and dig a hole. Do your business, and bury the waste at least 30cm below the ground. Cover it up so you’d never know anyone was there.

It’s disgusting to walk through camp sites and see human excrement and toilet paper littered all over the place. We don’t have to behave like animals; have some respect for your fellow Aussies who head out to the bush to relax, unwind and enjoy! 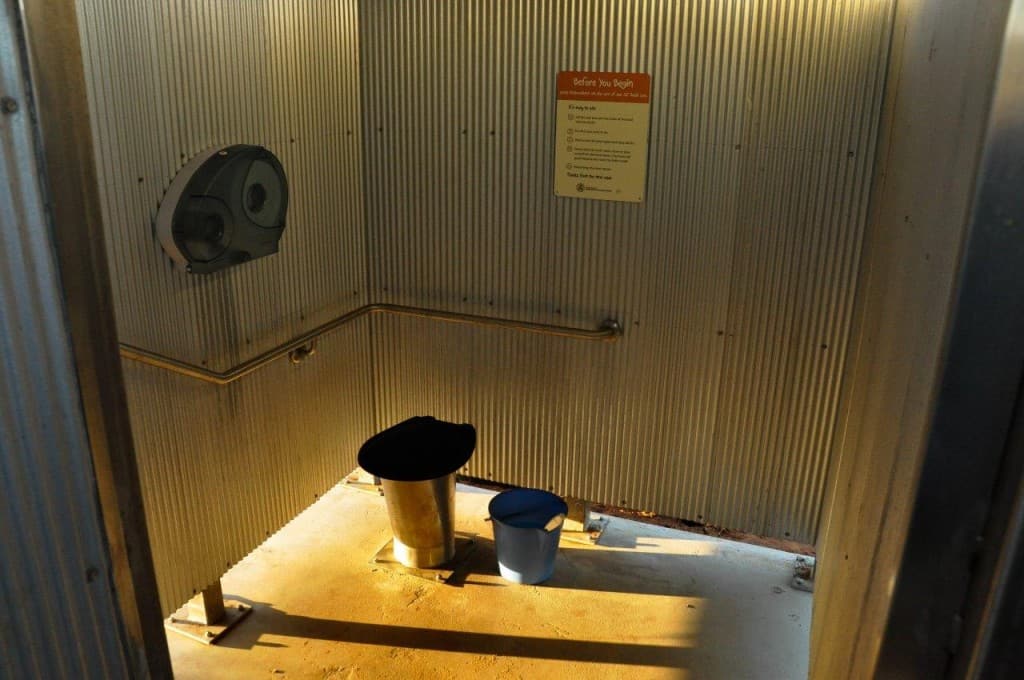 A touchy subject, but do it with some respect and sanitary intelligence

Put your fires out

When its time to leave your camp site, take the time to put your fire out. This doesn’t mean you spread the timber apart so it doesn’t burn, or you throw a few shovels of sand on top, it means you stop the fire from burning.

If you’ve got water to spare, this is the best way to put it out. If not, completely bury the fire, and make sure its down deep. There have been plenty of little kids with 3rd degree burns on their feet, who have arrived at a campsite and walked over red hot sand from old fires.

The easiest way to leave your fire is to plan when you are going to leave, and have the fire pretty well burnt out by then. 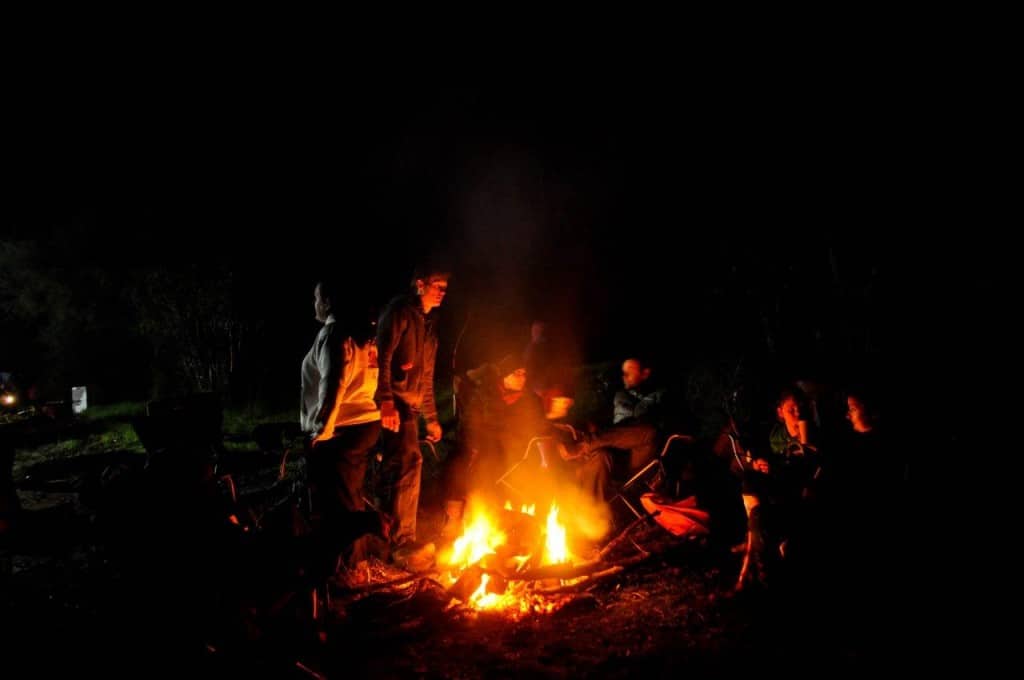 When you are done, put it out

Don’t drive where you aren’t supposed to

Often, parts of a track are blocked off for rehabilitation. This is done to preserve the area and bring it back into its original state. By driving all over it, you ruin years of hard work; drive where you are allowed, and that’s it!

Private property is not public land. You wouldn’t want people driving through your back yard; how do you think farmers feel when they get a group of 15 4WD’s ploughing through their paddocks?

Leave it as you found it

In most cases, camp sites are clean, pristine and inviting. This is the way they should be, all the time. When you leave, you have the responsibility of leaving it like this. Clean everything up, and leave nothing but foot prints. If it was feral when you arrived, do your part and clean it up. 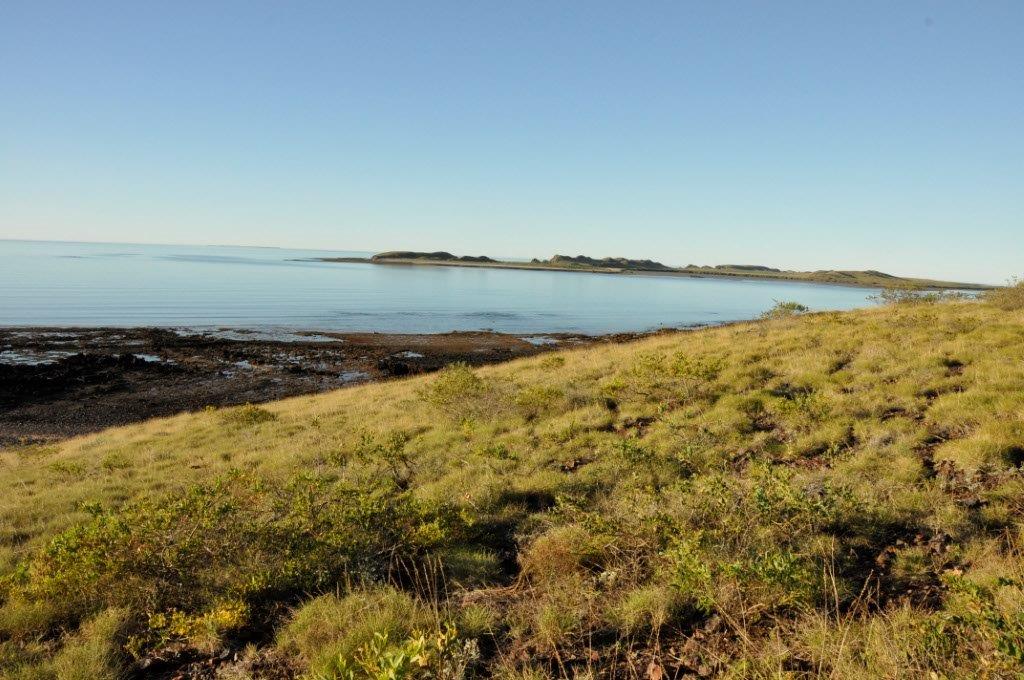 I’m sorry for the rant, but this is a problem that isn’t going away. We have an absolutely magic country to explore in our 4WD’s, but without a bit of respect all we will be seeing is locked gates, huge entry fee’s and ridiculous management restrictions.

What do you reckon? Have you had enough of people with no respect for our Aussie bush?