Toyo Open Country AT2 tyre review (they wore, a lot)

I’ve long been a bit sceptical when reading tyre reviews. Most are sponsored, and if they aren’t the tyres haven’t done much work, and if they have, its on a vehicle that’s totally different to yours and not really relevant.

You cannot compare a 200 series Land Cruiser running tyres in the high country to a Dual cab Ute in the Pilbara. The conditions are totally different, and almost irrelevant.

This Toyo AT2 review is purely my opinion, and is not influenced in any way. I paid for the 8 Toyo Open Country AT2 tyres with my own, hard earned moola. 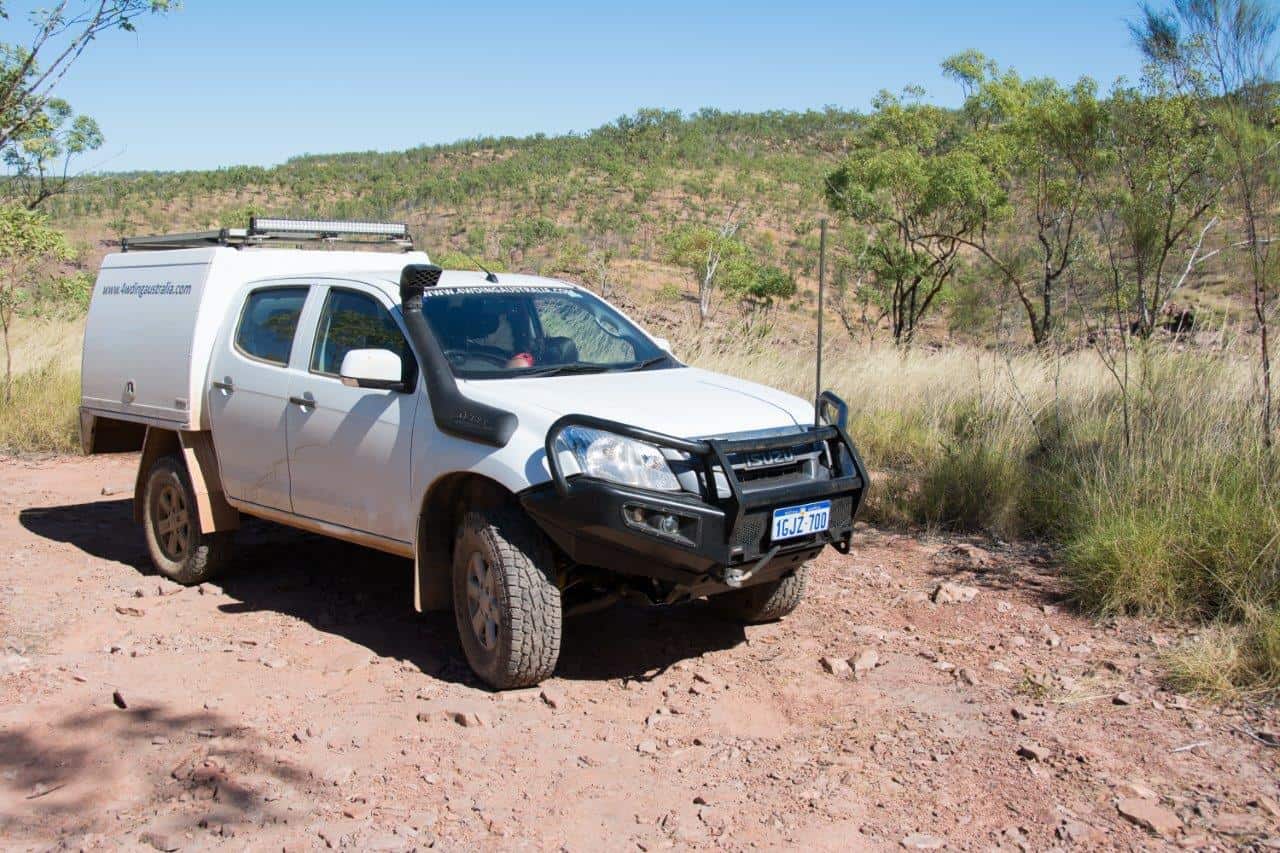 Toyo Open Country AT 2’s on the Dmax

Why the Toyo Open Country AT2?

When looking at tyres, I eventually came down to two options – the BFG K02 and the Toyo AT2. I could get the BFG’s fitted for $285 a corner, and the Toyos for $239 a corner. The BFG’s have come down in price a lot to compete, as they were extremely expensive in the past.

I did a ridiculous amount of reading, and came across a few things that really put me off the BFG’s – nasty chipping in harsh, rocky environments (like the Pilbara, where we travel a fair bit), tyres falling apart when running lower pressures (and BFG supposedly saying you can’t deflate them too much, which you really need to do) and a number of complaints about their lack of grip in the wet, on bitumen.

The Dmax is our family car, and I want it to be as safe as possible. To be fair, the number of people running BFG K02’s is also substantially higher than those with Toyos, so perhaps its just a case of more people writing negative reviews.

However, I think I only found 2 or 3 people that had anything bad to say about the Toyo AT2’s, and their mud terrain tyre gets an even better rap from everything I read and researched.

This applies to everyone from 200 series Land Cruisers down to your lighter dual cab Utes, and with that in mind (and the lower price point, bearing in mind I needed 8!), I eventually went with the Toyos.

PS – don’t hate me BFG, or owners. I ran the KM2’s on our 80 Series and really liked them, and nearly put the K02’s on my Dmax too; just sharing my observations and final conclusions. You can do your own research, and make your own mind up. They are a great tyre, just didn’t come out on top in my research. 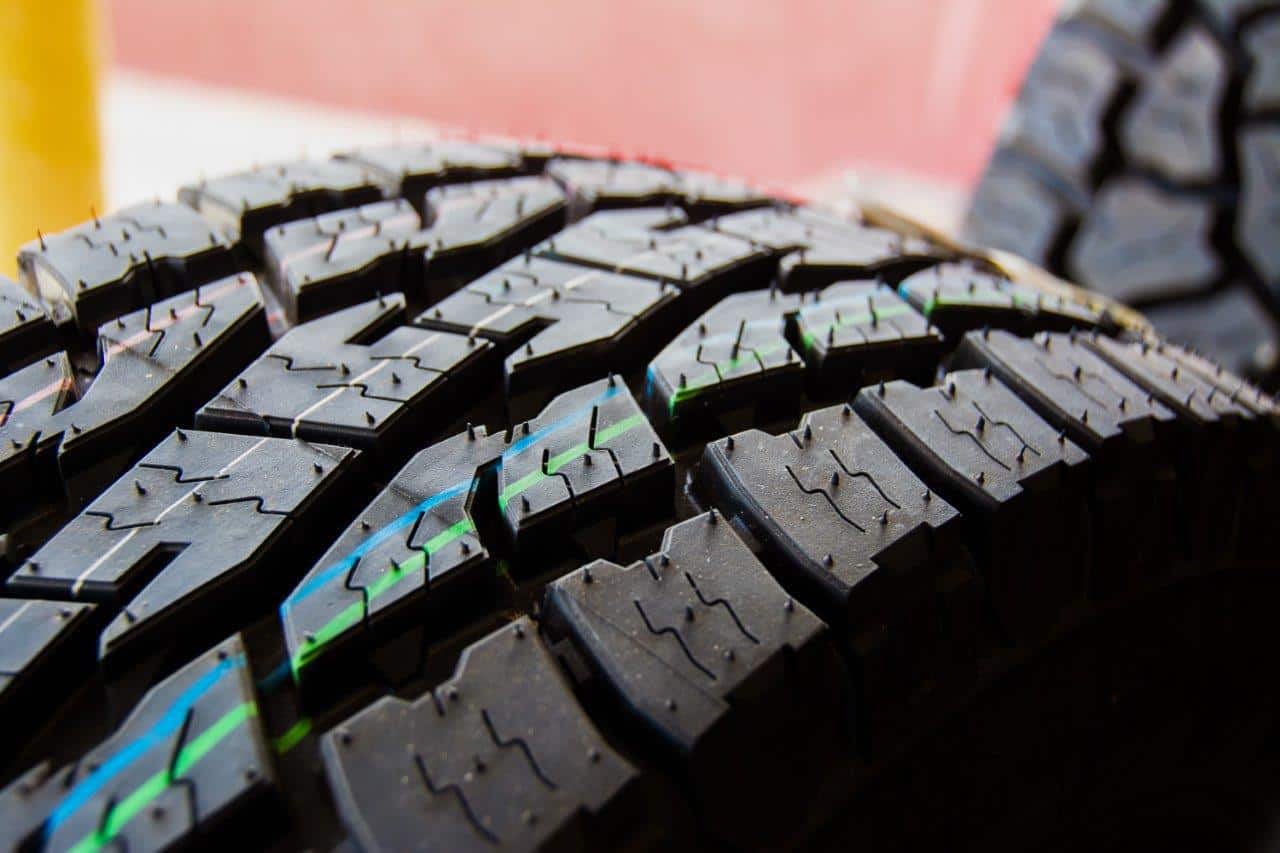 Why not a mud terrain tyre?

I spent a long time going back and forth between muddies and all terrains. I’ve always had muddies, and they are great in some situations, but as with everything, have a list of compromises too.

In the end, I settled for an all terrain. Why? They are better in pretty much every situation except puncture resistance, mud and traction on a few very random terrains.

All terrains are quieter, lighter, use less fuel, are better on the bitumen and gravel roads in both wet and dry conditions and will provide plenty of traction in most situations

Obviously, when traction is most important a muddy is going to be the better option, but for us, I figured that might be about 5% of the time; something I eventually decided I was happy enough to live with. If you want to know more, check out the Mud terrain vs All terrain post. 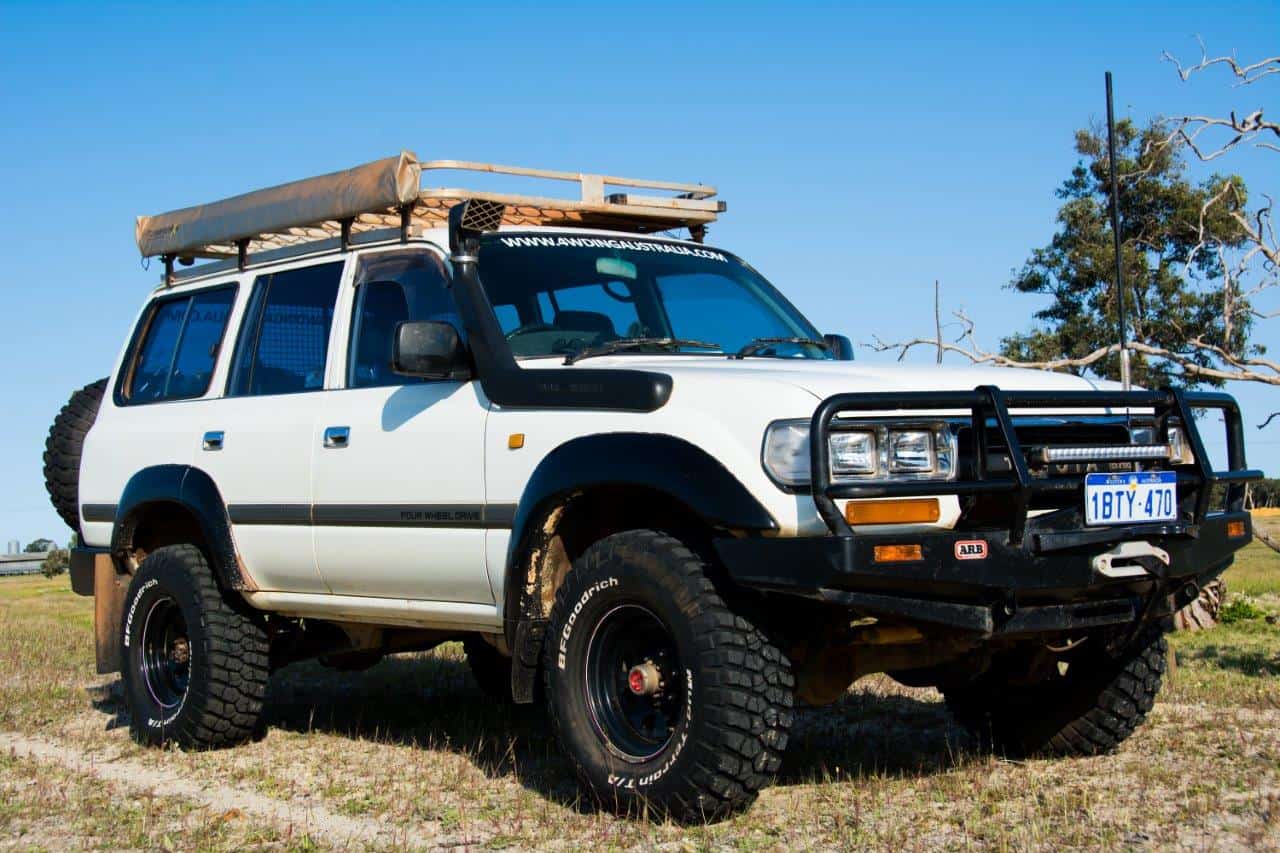 I fitted the Toyos to our vehicle when it had done 8880km. They are 54mm bigger than the factory tyres, which were the OEM provided Bridgestone Dueler AT’s (not the Bridgestone Dueler 697‘s!). Yes, you can legally go above 50mm, providing another model came out with larger tyres. For more information, check out 50mm tyre size increase.

There was a slight performance drop in terms of power and torque, which is to be expected, and I could pick up more road noise, which is also to be expected as the tread pattern is more aggressive. Of course they use a little more fuel too; they change the gearing and weigh a bit more than the factory tyres.

Change of wheels too

One thing I will mention is that when I went to the Toyos, I ditched the factory steel rims that came with the Dmax, and fitted second hand factory aluminium rims off the LSM models. These are a few kilograms lighter, which is fantastic as it reduces your unsprung weight.

Bigger rubber weighs more, so offsetting this by running lighter rims was worth while. The overall weight difference was only about 2kg more per wheel, and given the actual tyre construction is much stronger its a fantastic result.

If you fit much bigger tyres that are heavier, along with heavier rims, you’ll use a fair bit more fuel and your suspension will work a lot harder on the corrugations as more weight moving up and down requires more dampening. 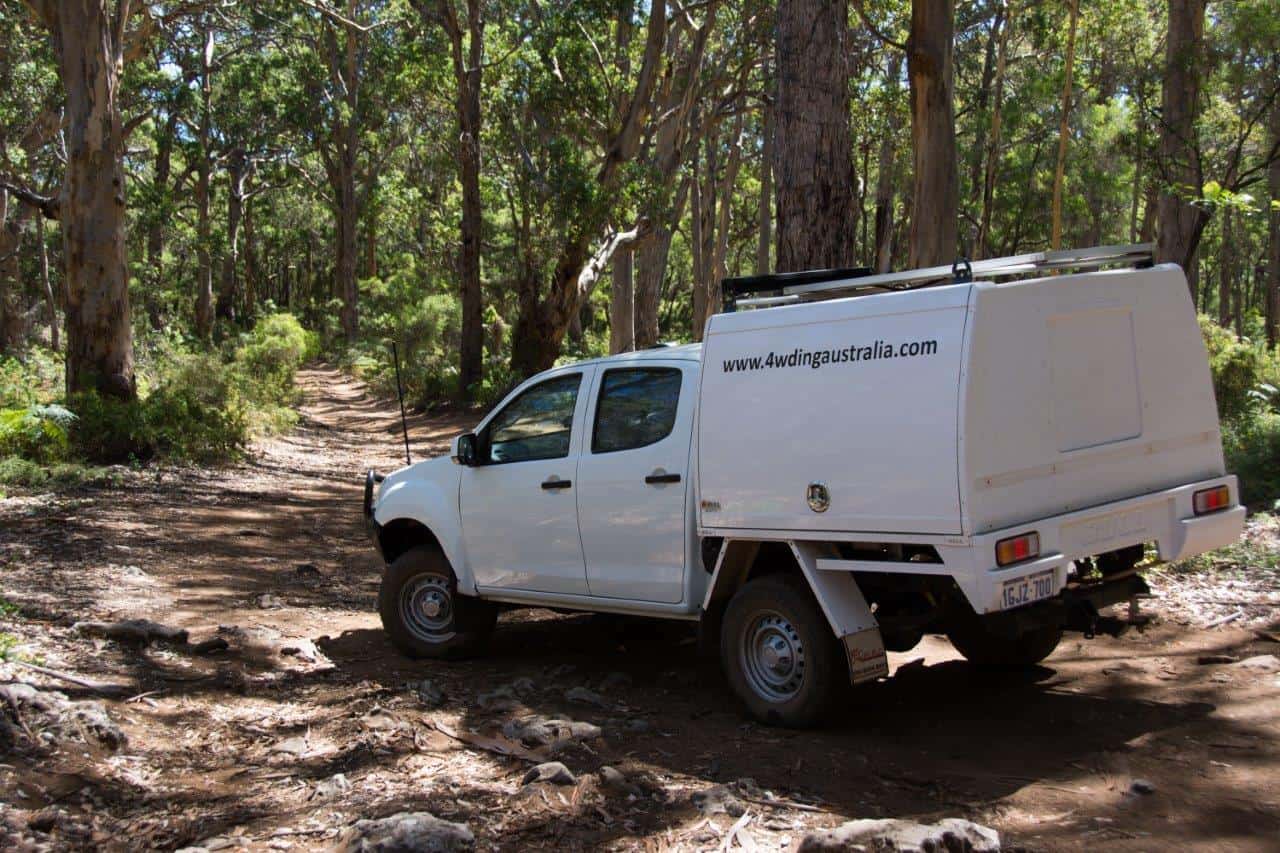 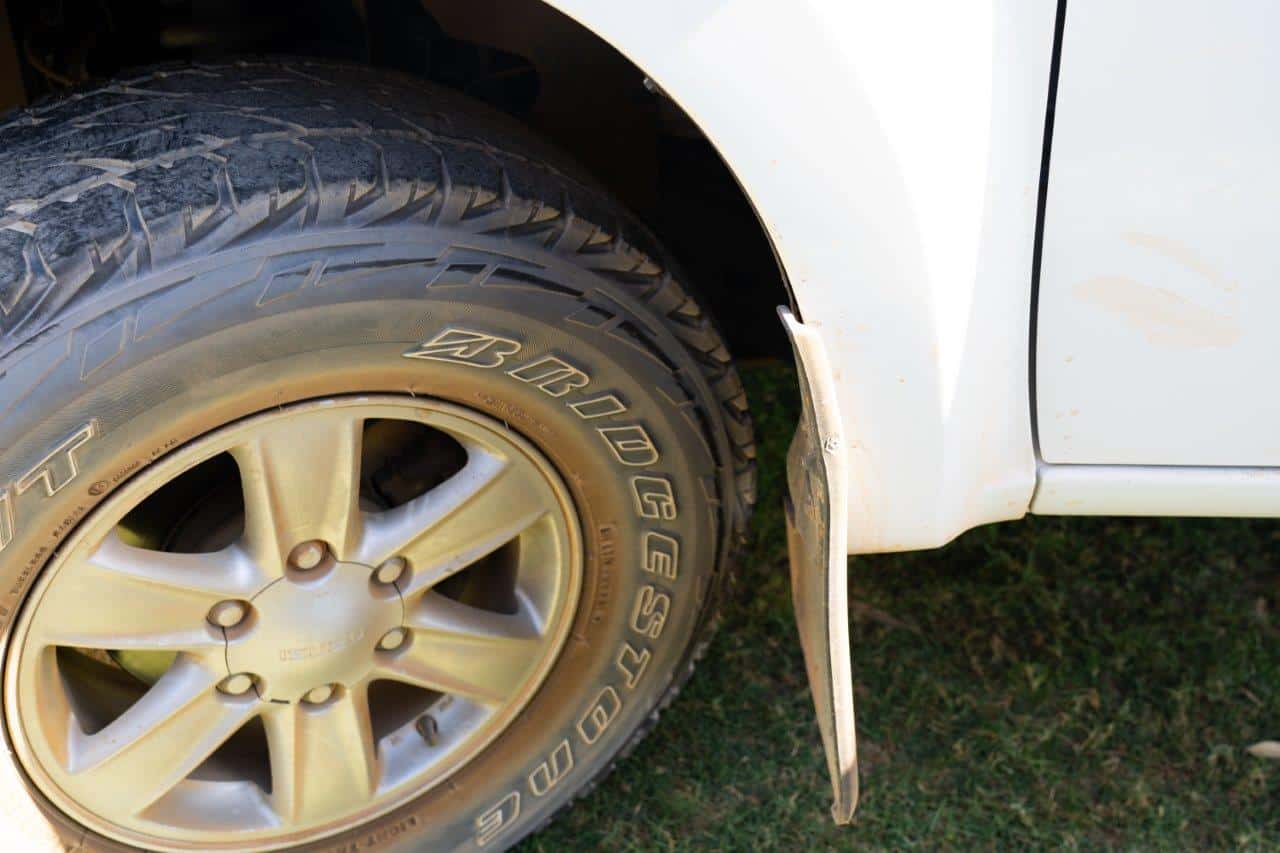 I’ll be honest; I’ve only ever had one blow out in my life, and that was a second hand spare that I picked up for my Hilux, which the tread delaminated from in a nice big bang on the way to Warroora Station. I’ve run Maxxis Bighorns and BFK KM2’s in the past, and had no issues with either.

The Toyos have copped a beating, in pretty much every terrain you can throw at them. The number of times I rolled over terribly rocky sections at Lorella Springs at a fairly quick speed and thought I’m going to get a puncture for sure, but never did astounded me.

I let my tyres down to the best pressure I can figure for each terrain 90% of the time, but they have been driven on average gravel roads at full road pressures from time to time too.

These tyres have probably done about 13,500km of bitumen, 3000km of gravel roads and 2000km of slow 4WD tracks, ranging from muddy swamps to sharp rocky tracks and beach driving, and are still in great condition.

No sidewall damage, limited chipping and no lugs coming apart. They’ve also worn evenly, and not scalloped like many 4WD tyres tend to do.

The amount of wear suffered has surprised me though, with most of it occurring on the rough gravel roads. Obviously gravel roads hammer the tyres, but I didn’t expect quite this much wear. (That said, the KM2 muddies that I ran on the 80 series got absolutely smashed on the Gibb River Road too!). 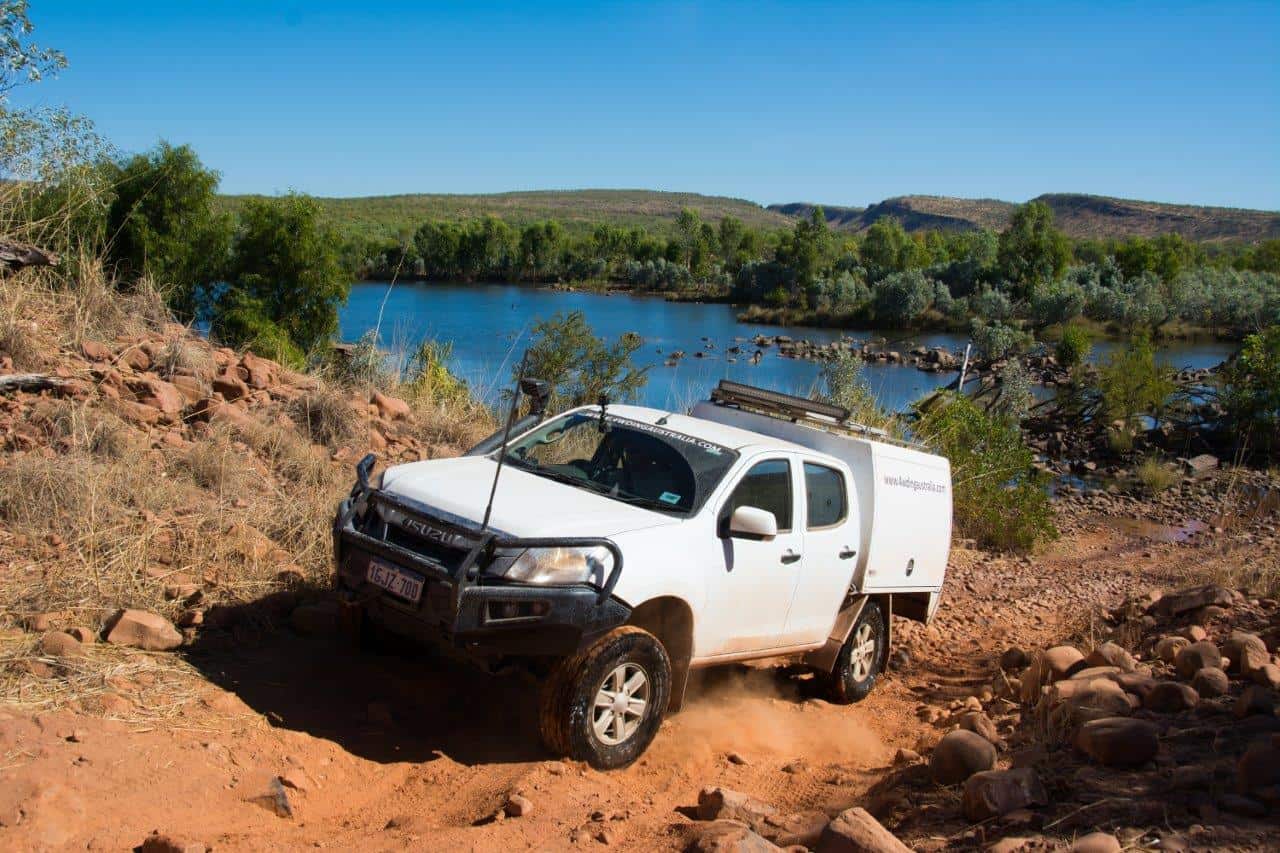 The tyres have 13mm of tread when brand new, and lets call 2mm tread completely dead, giving you 11mm to play with.

To me, that seems a little excessive, to the point where I actually sent the information through to Toyo to see what they had to say. I did eventually get a reply a number of weeks later (after following up on it), and they essentially said that the wear was fairly normal and to be expected given what I was doing with them.

They had some minor suggestions for tyre pressure changes, but all in all were happy with what I’d been running them at on the different terrains.

For those of you who know our setup, you’ll know the Dmax is fairly heavy (exact weights here – Dmax touring build weight). We ran 40 PSI on the fronts and 42 on the rears while on the bitumen (cold pressures), and about 28/32 on gravel. 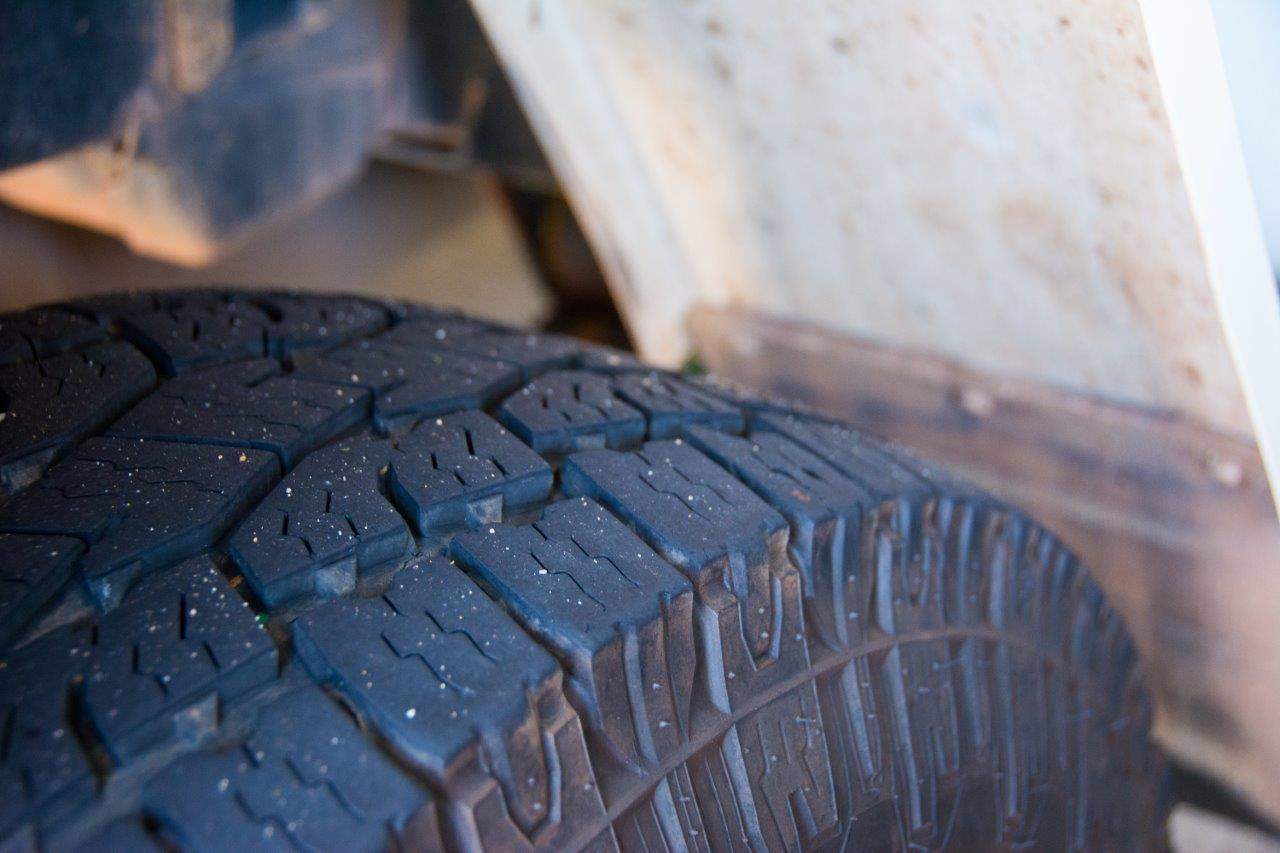 Toyo AT2 Open country’s after our 3 months up north

If I’m brutally honest, I’m not so concerned about wear, as I have 8 tyres between the car and camper trailer, and figure by the time they are all worn out they will be well and truly overdue to go into the bin anyway, purely from an age and rubber deterioration perspective.

That said, I’ve made a habit of putting the Dmax into high range 4WD on every gravel and off road track.

One thing I noticed with our Land cruiser on the Kimberley trip in 2015 was that the rear tyres wore a LOT more than the front, and I suspect it was because I rarely put it into 4WD, so the rear did all of the work on the gravel and rocky roads.

Now, the reason for not putting it into 4WD was simple; I had manual locking hubs, and you had to stop in order to get it into high range. The Dmax has shift on the fly, so I can chuck it into 4WD at any speed up to 100km/h, meaning I never have to stop. 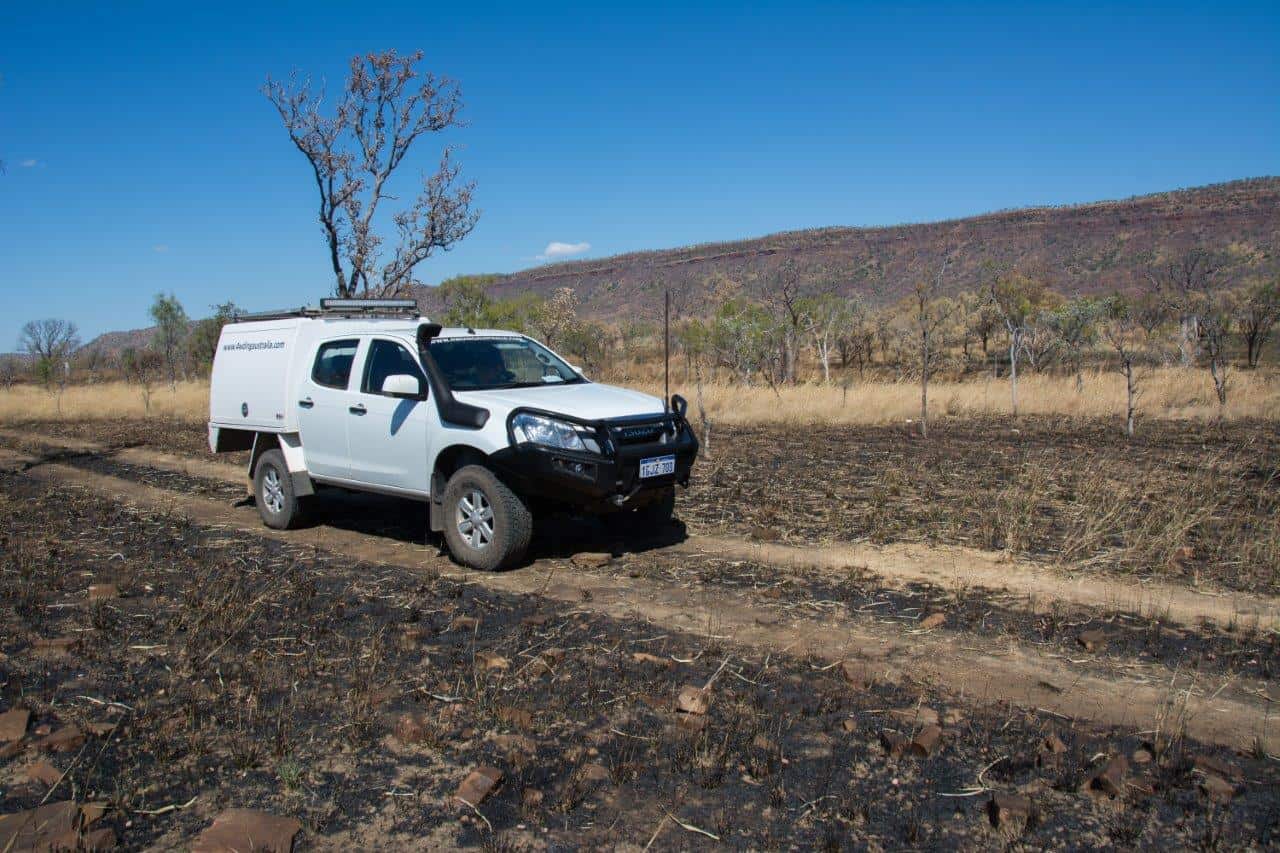 Not so long ago Toyo came out with another hybrid tyre that I am sure is going to do some damage to the market. It’s called the RT, and is almost a cross between a mud terrain and all terrain.

It’s quiet, wears well and has great traction. From everything I’ve heard so far these are a great tyre, and may well be the tyre of choice when I eventually wear the AT’s out!

Would I get them again?

Overall, I’m impressed with these tyres. They work well, the Toyo Open Country AT2 price is reasonable and they have done me proud. Traction is there when needed, they have more than enough puncture resistance and work well at lower pressures.

I’d have no problems at all recommending them to other people, and a lot of tyre shops are doing the same.

They are quietly starting to become extremely popular for everyone from farmers to travellers. Given reports from others show they are getting good mileage from them, maybe I just ended up with a softer set or they’ve been treated badly. Either way, I can live with it.

If you are up for new rubber, these are certainly worth a look! 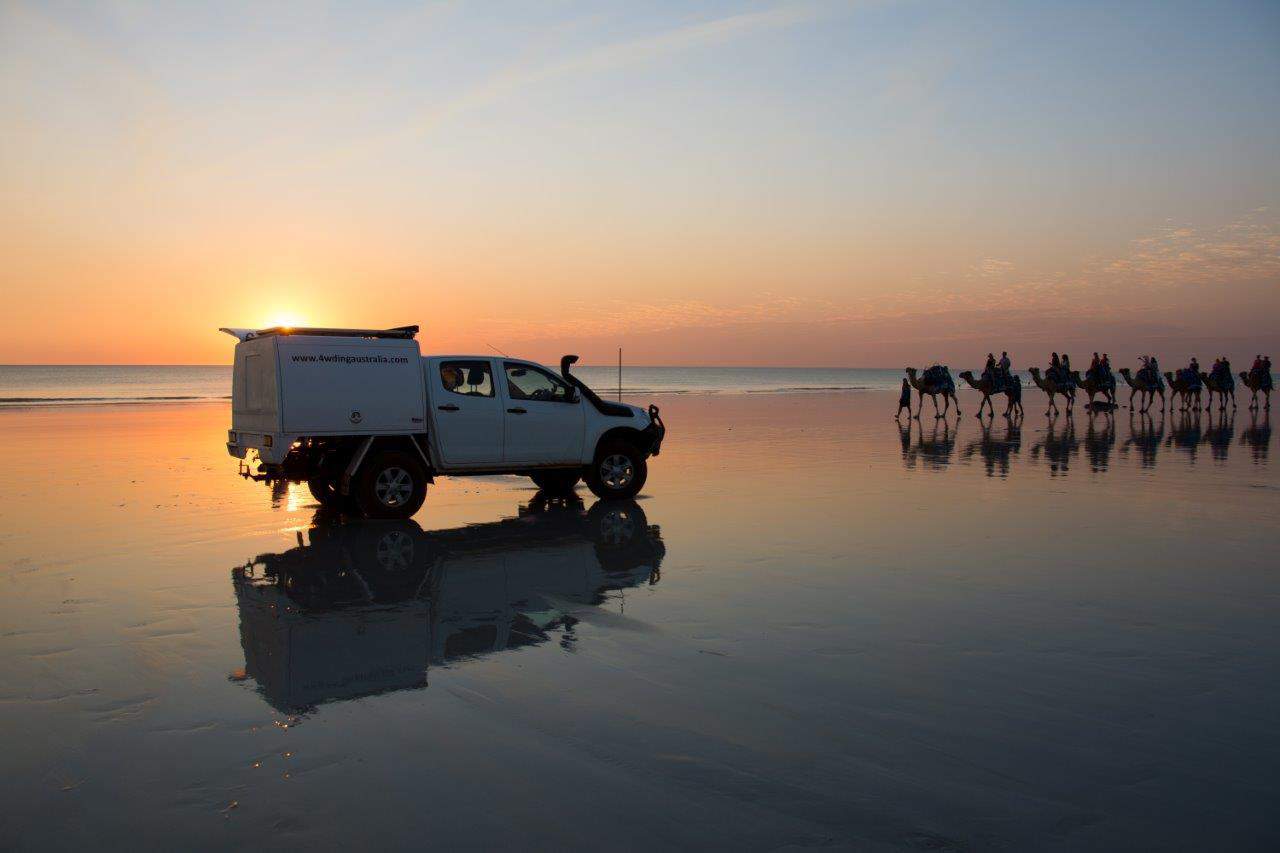