After having a tyre blow out on our Hybrid Camper on the way to Shark Bay, and being in the middle of researching new shoes for our 4WD and camper, we picked up 2 new Toyo Open Country RT’s. Since then, I’ve had 4 more fitted to our Isuzu Dmax, and we’ve been using them for the last few months.

If I had to guess, I’d say the camper trailer tyres have done nearly 9,000km, with the Dmax ones about 5000km.

We got these tyres as theoretically are the perfect compromise between puncture resistance, traction and weight, without having to go to a full on muddy that often does not wear well on a trailer, and so far I’m thinking we’re onto a really good thing. 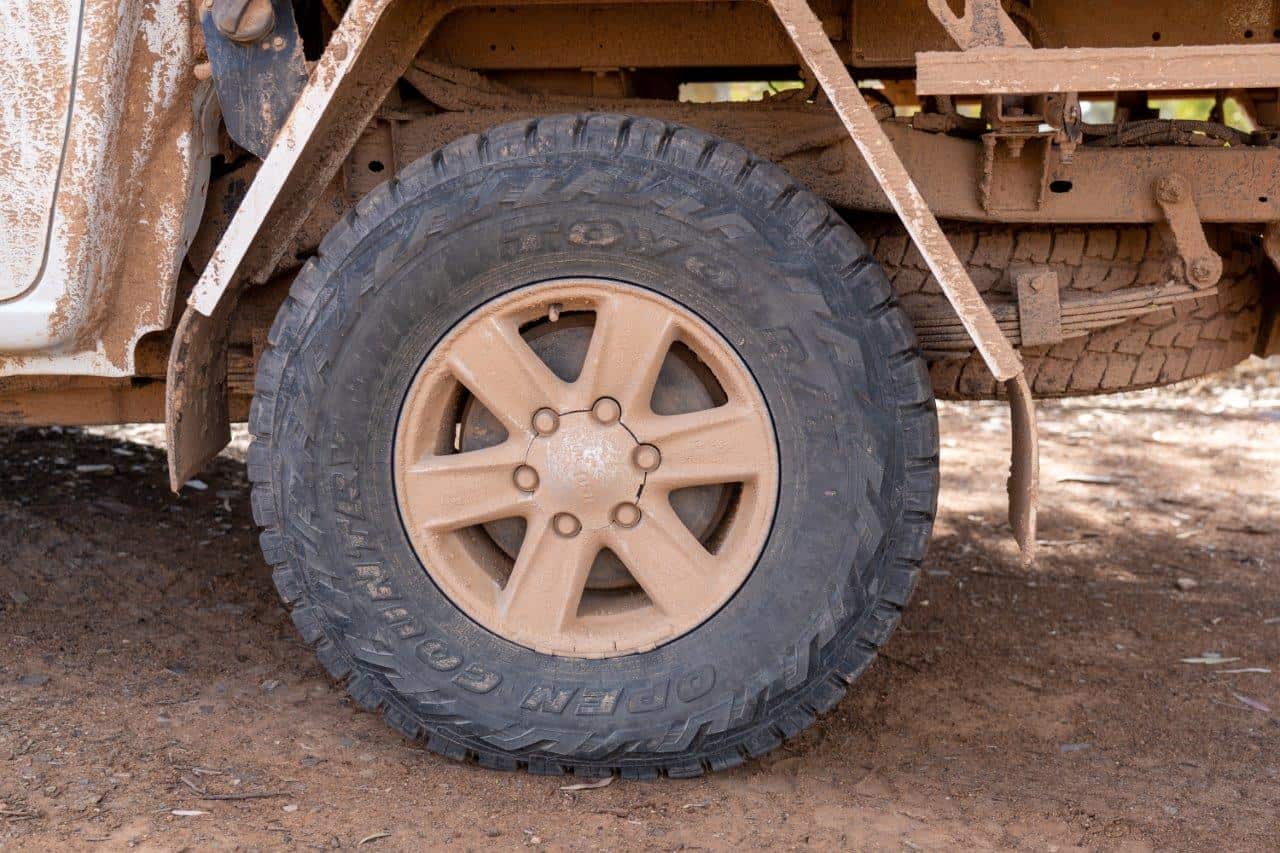 We’re running 6 Toyo Open Country RT’s, and its time to share some thoughts

In my mind, I figured there was no way these tyres could be quieter than our Bridgestone Dueler 697 or Toyo Open Country AT2s, and I was right. I will say that new, I think the Open Country RT’s were quieter than our worn Bridgestone Dueler tyres, but I know they’ll get worse, and they will be a noisier tyre. Does that concern me? Not really; modern cars isolate noise so much better than previous ones did, and I came from a noisy turbo diesel 80 Series Land Cruiser, on muddies, so this is a huge improvement.

I’m positive that these tyres have made the Dmax use more fuel. I can’t be 100% certain as we are heavier now, and I’ve installed a rear awning that catches some air, but since fitting these tyres our economy has certainly not improved. I don’t believe it’s a massive decrease, but we are using more fuel for sure, and it isn’t unexpected. You can’t fit more aggressive tread tyres and expect to get better fuel economy. 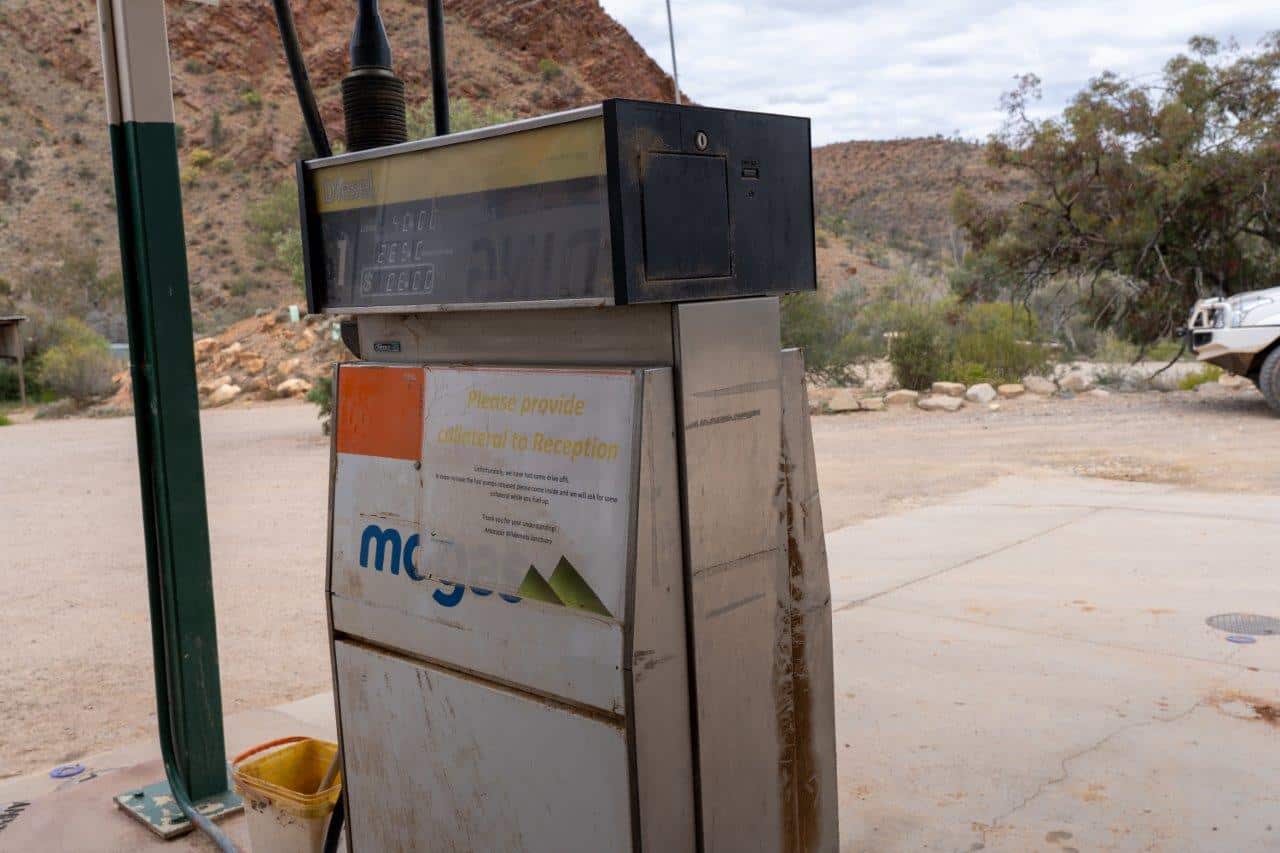 Paying $2.65 a litre for fuel at Arkaroola, which these tyres haven’t helped

I’m thoroughly impressed with the traction

What can I say? I wanted more traction when its slippery (excluding bitumen), and the Toyo Open Country RT’s have delivered so far. Their tread is pretty clever; it’s an aggressive all terrain, but still covers enough of the gaps that it wears well, and isn’t as noisy as a muddy.

Towing our Hybrid Camper, which now weighs about 2.3 tonnes we need a bit of extra traction, and these tyres have done the trick in combination with our new rear Harrop Elocker.

I was especially impressed with these in the Flinders Ranges, where we did some seriously muddy drives and they handled exceptionally well, and bit in really well on some hill climbs that were pretty average. 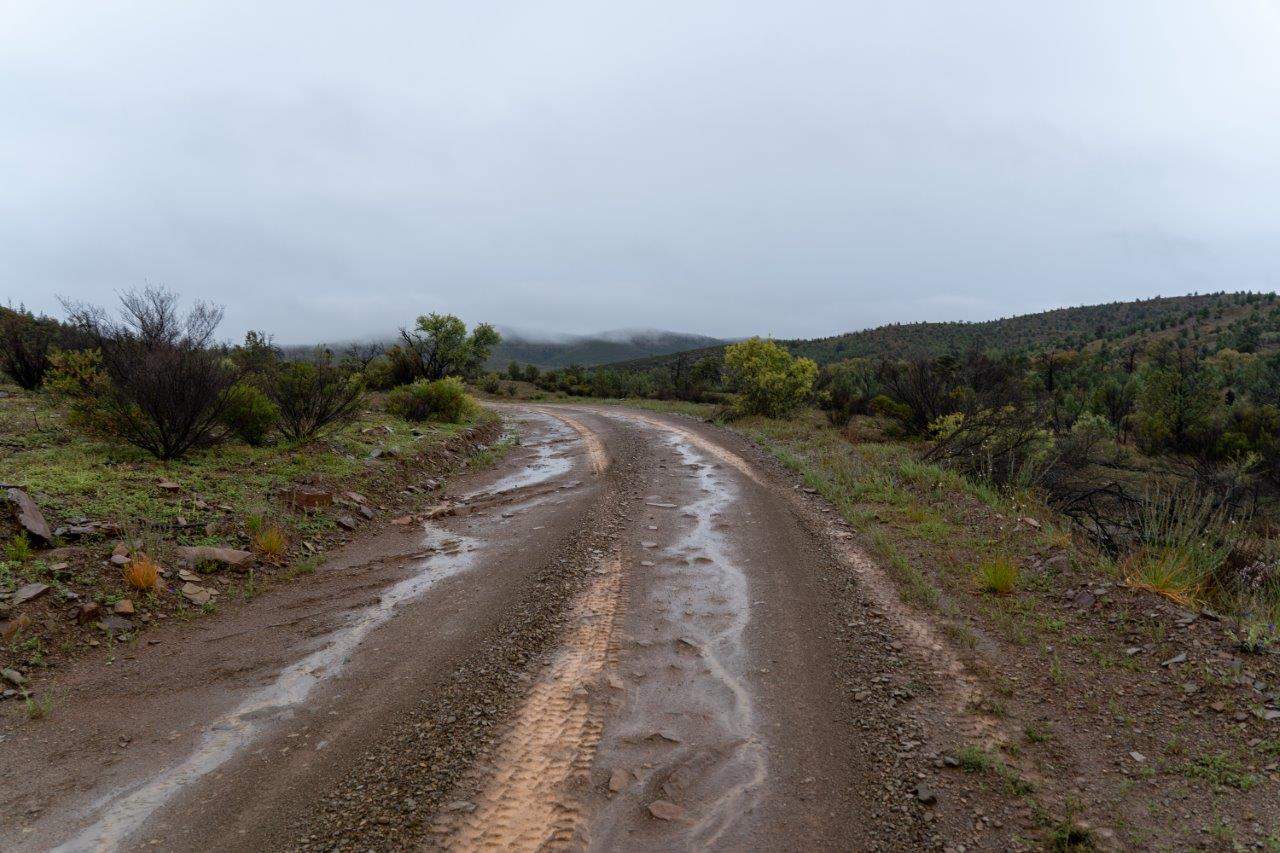 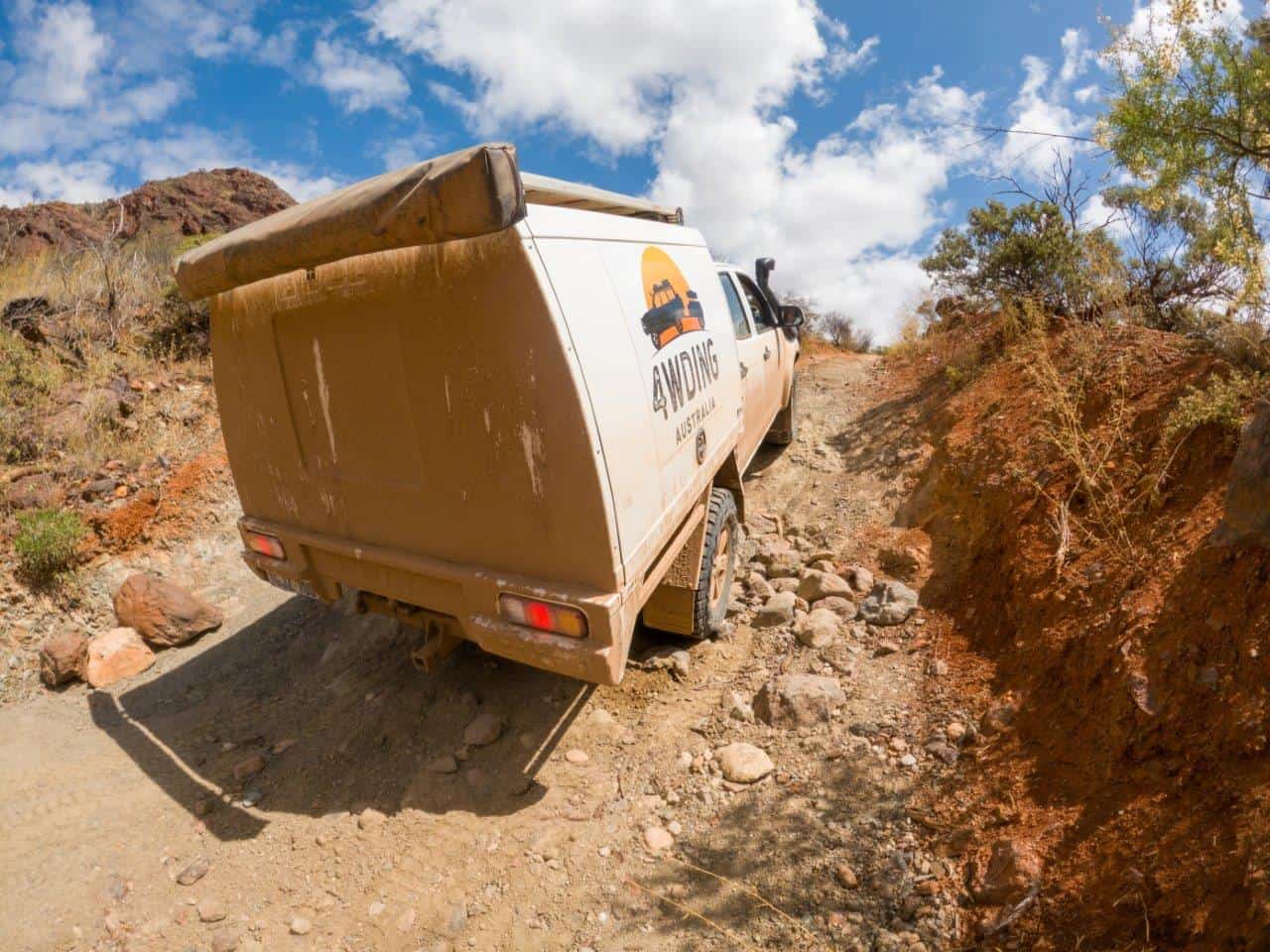 Their puncture resistance is brilliant

I had no issues with our Toyo Open Country AT2’s in terms of puncture resistance, but these are another level again. Our camper copped a flogging over every terrain you could throw at it in the Pilbara, and we had zero issues.

We’ve since put both the Dmax and camper over a huge amount of limestone and rough coastal tracks in South Australia and then more rocks in the Flinders Ranges than you could poke a stick at, and had no issues. I’m expecting good things from these tyres in terms of puncture resistance.

They are wearing well

Our camper tyre wear (which should be decent) is minimal, which is pleasing to see. On the Dmax, I’ve just about lost the top part of the tread (before the real meat starts), but mainly in the centre, so we’re obviously running slightly too higher tyre pressures in the rear. On the front, there’s very little wear at all, although I do pay close attention to any uneven wear on the edges.

Given a huge amount of our driving has been done on gravel or rocky terrain, its even more impressive. 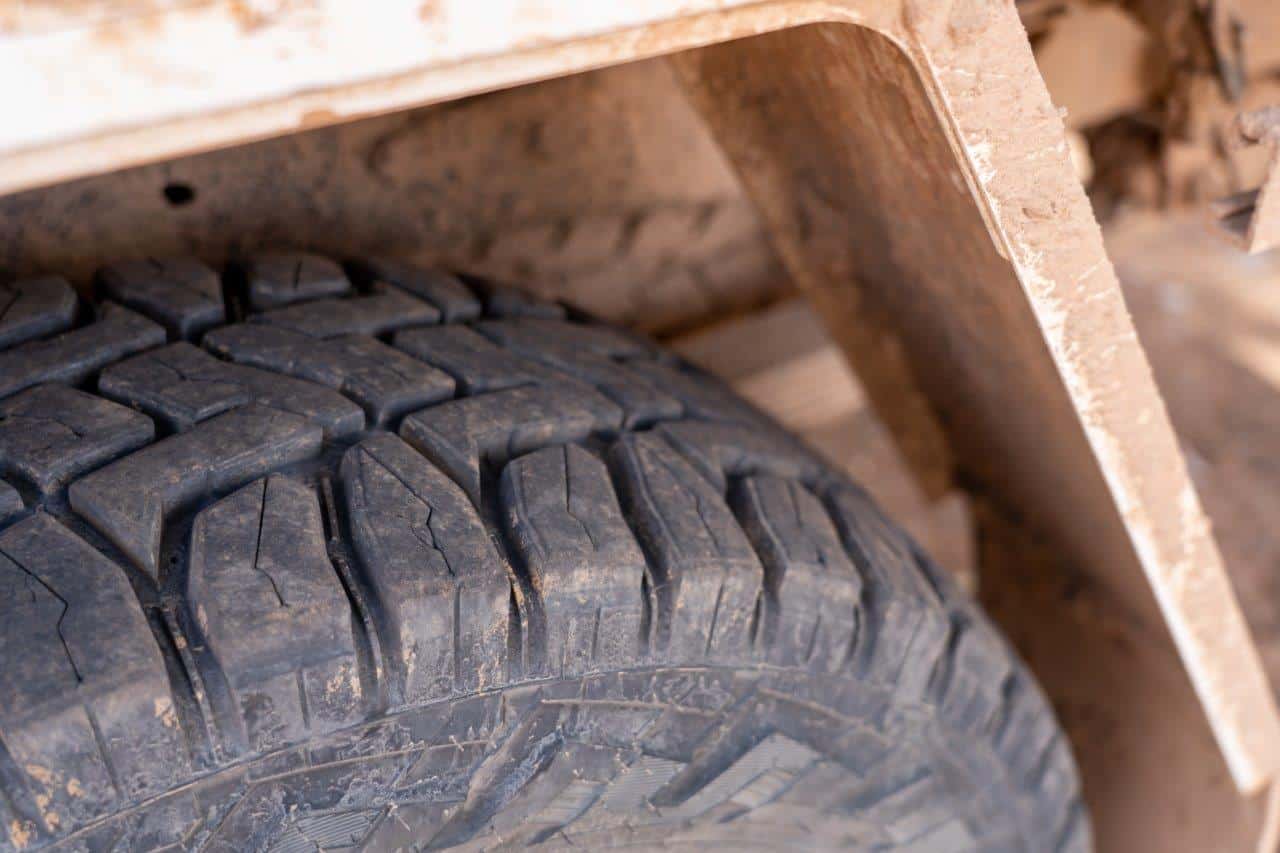 Overall, I’m really impressed with these tyres so far. They might just be the perfect tyre for us, and I love the hybrid design where you get a bit more traction than the average all terrain, without going to a hugely heavier, noisier mud terrain (that is often worse in every terrain except mud!). I also feel that these are much less likely to scallop on our hybrid camper, because the tread is not so chunky as a muddy, which is fantastic. 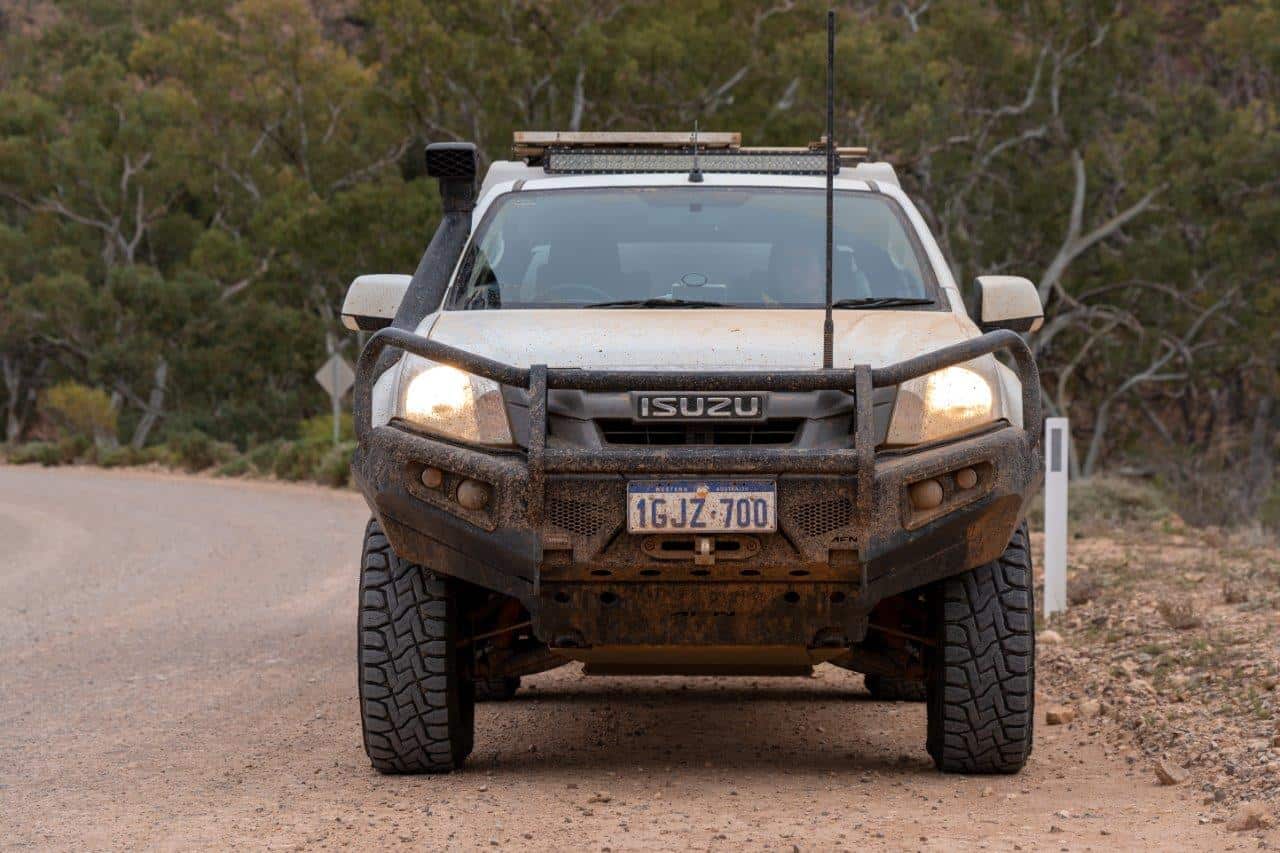 If you are looking for a new set of tyres, and have similar needs to us, these might just be a great option!