Unique camping in the NT; Zebra Rock Mine

There’s a few great spots in between Kununurra and Katherine to stop and spend a few nights, but we were a bit pushed for time and skipped many of them, choosing only to stay at Zebra Rock Mine. This is about 10km down Duncan Road, on the Northern Territory side of the border and very close to the check point itself.

This has an amazing array of reviews on Wikicamps, and we were very much looking forward to our stay, before continuing further into the Kimberley.

We had a massive day, driving from Lee and Jennies near the Daly River about 730km away, with a stop in Katherine for fuel and to fill our stomachs. After spending a couple of weeks exploring Litchfield National Park, and staying at some remote camp sites including Koolpin Gorge it was time to move on. 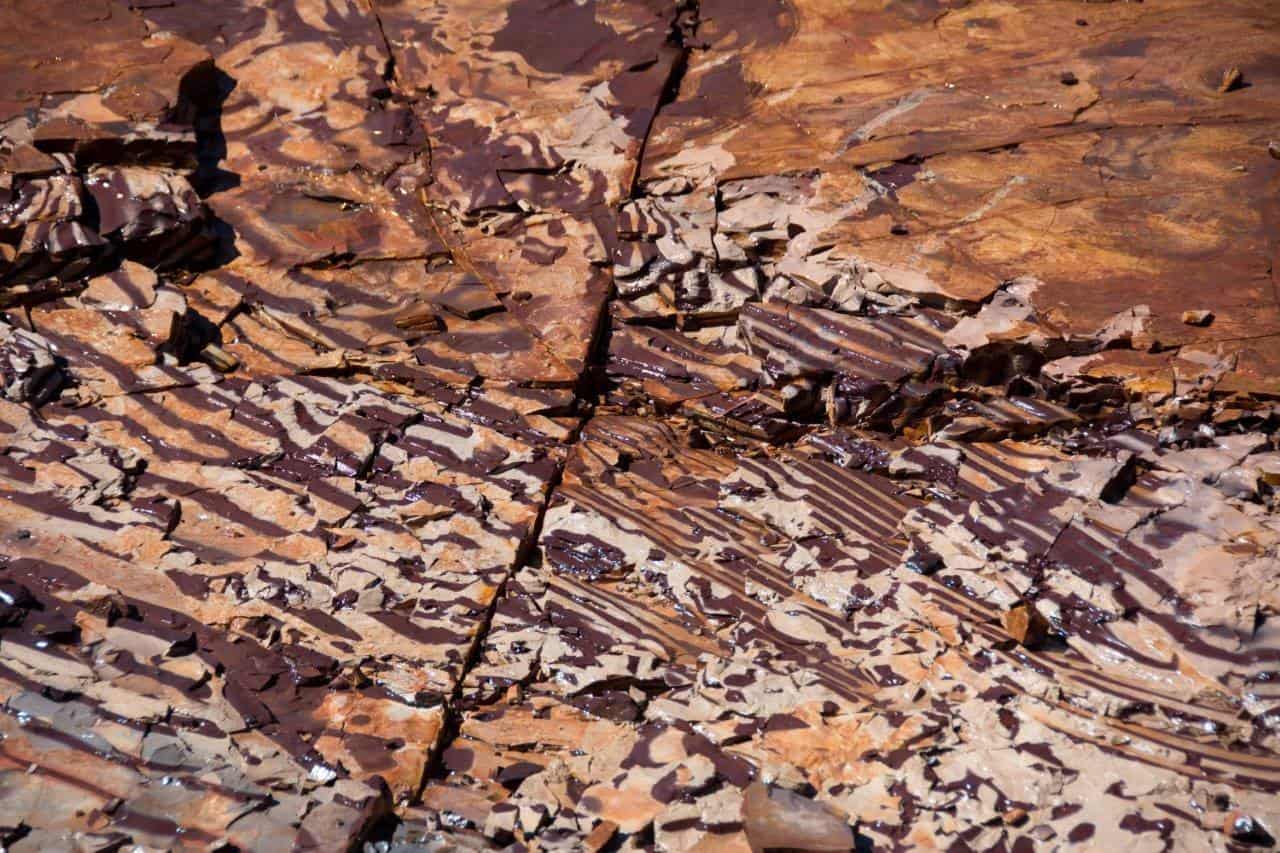 The amazing Zebra rock, that no one seems to be able to explain

Getting to Zebra Rock Mine

The first 5km of the Duncan Road are in great condition, and then you turn off west towards the mine itself. This is 40km/h and a fairly windy road. You pass through 2 gates, and arrive at the parking area of the mine if the last gate is locked.

If its locked, walk to the reception, pay your fees and grab a key, then drive through. 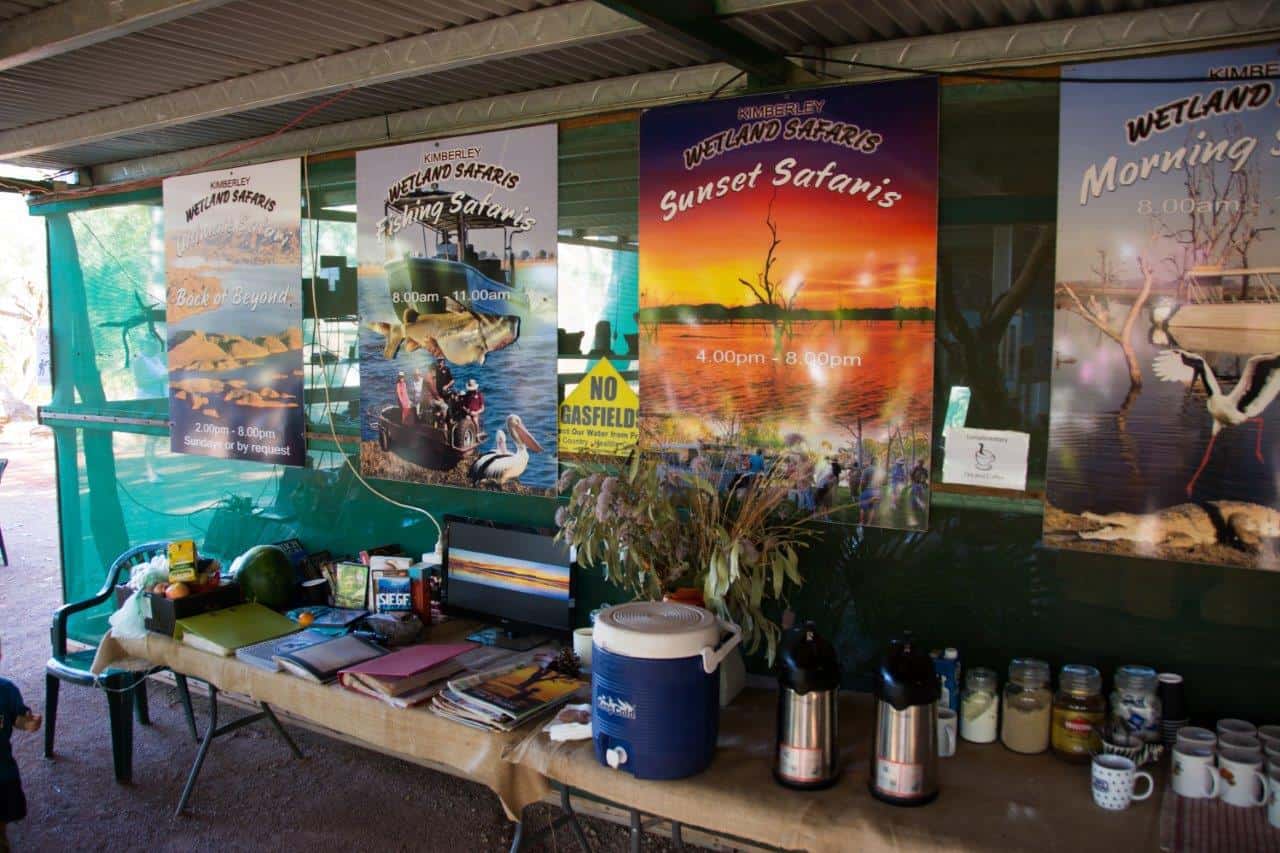 Wander down to the reception to get a key

The camp ground is split into two sections – unpowered and generators. Arriving at about 4:30pm meant it was pretty full, and we drove around twice trying to find a suitable camp site.

There’s quite a few trees, but as there are no specific bays the camping can be a bit unordered and difficult to find a spot. That of course, is contributed massively by the fact that we have an oversize camper trailer that needs to be set up in a specific way.

There are two ablution blocks with toilets and a couple of cold showers.

I’ll be honest, and say my initial impressions weren’t amazing. This was probably because of a big day in the car, finding it hard to find a camp site and feeling like there wasn’t much to do there. However, this changed the following day, and I fell in love with the place. In our 3 months up north, this was one of our more enjoyable camp sites. 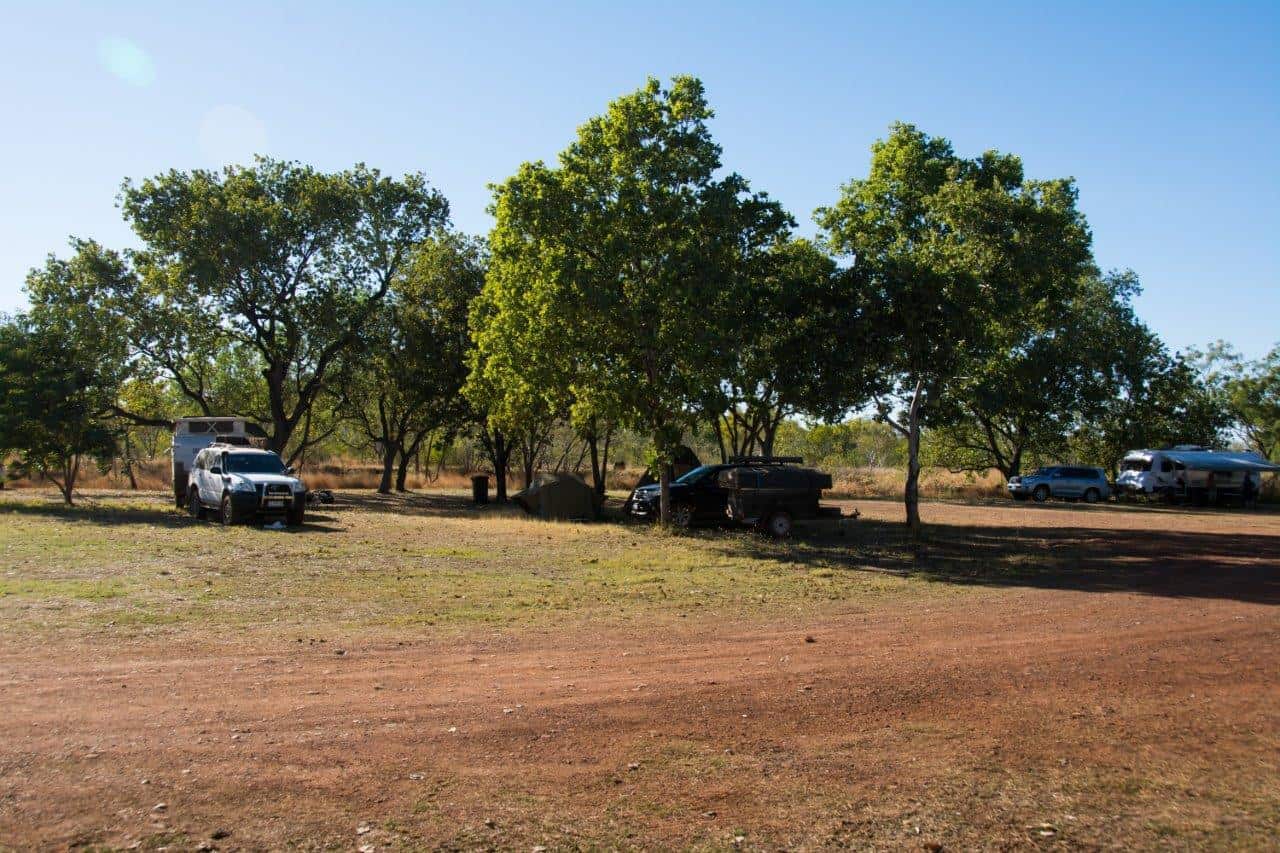 Zebra Rock Camp ground; not a bad place at all 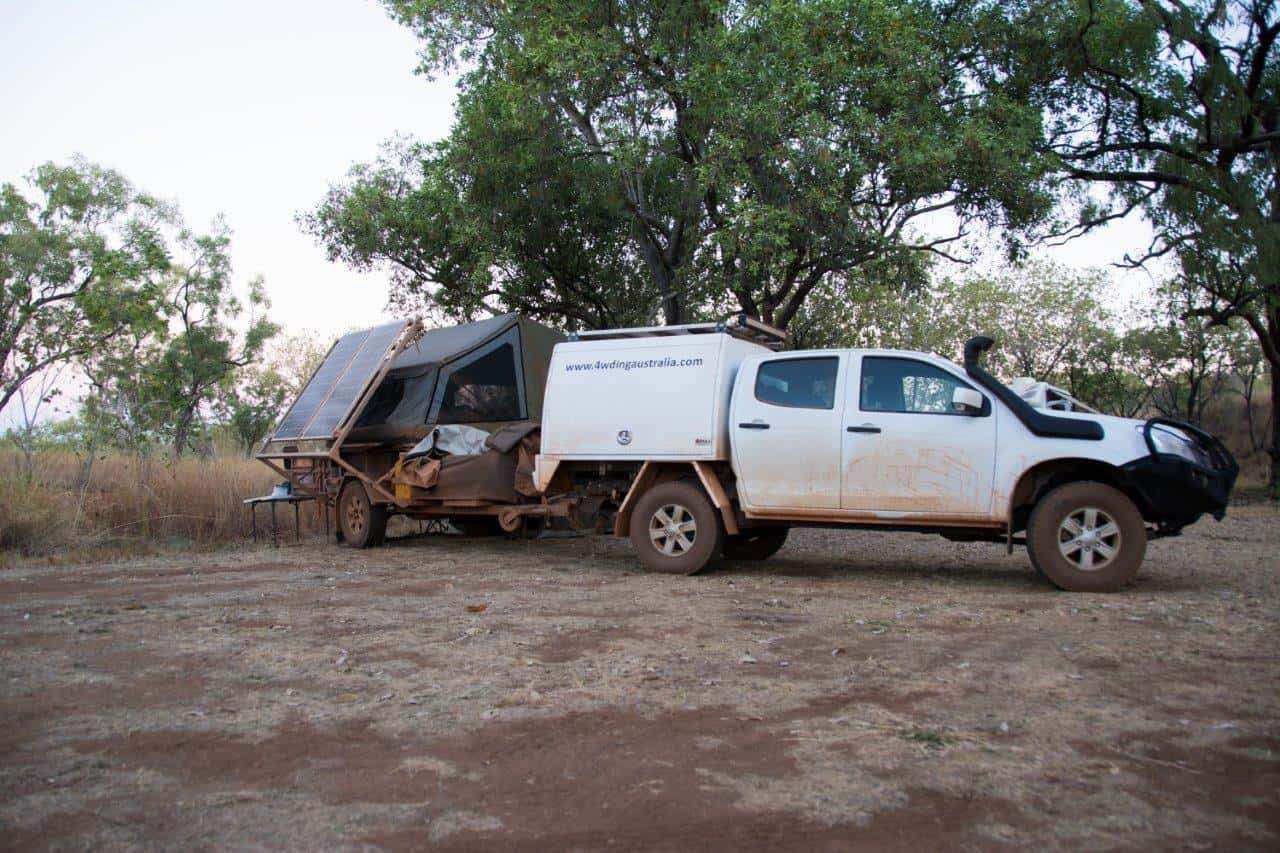 Our little spot, tucked away

Mine and lake tours

One of the major attractions to the Zebra Rock mine is the mine and lake tours. You can go out on the lake in a boat and explore the wetlands, which we know from previous experience at Lake Argyle is truly magic.

Alternatively, you can head to the Zebra rock mine, and see where they pull zebra rock from. This is the only operating zebra rock mine in the world, and the rocks look truly incredible once cleaned and polished.

I managed to get on one of the mine tours, and jumped on board a rebuilt FJ45 running a turbo diesel motor. The tour takes you down to their mine, which is a lot smaller than I thought it would be, and past all of the equipment they use to mine the rock. 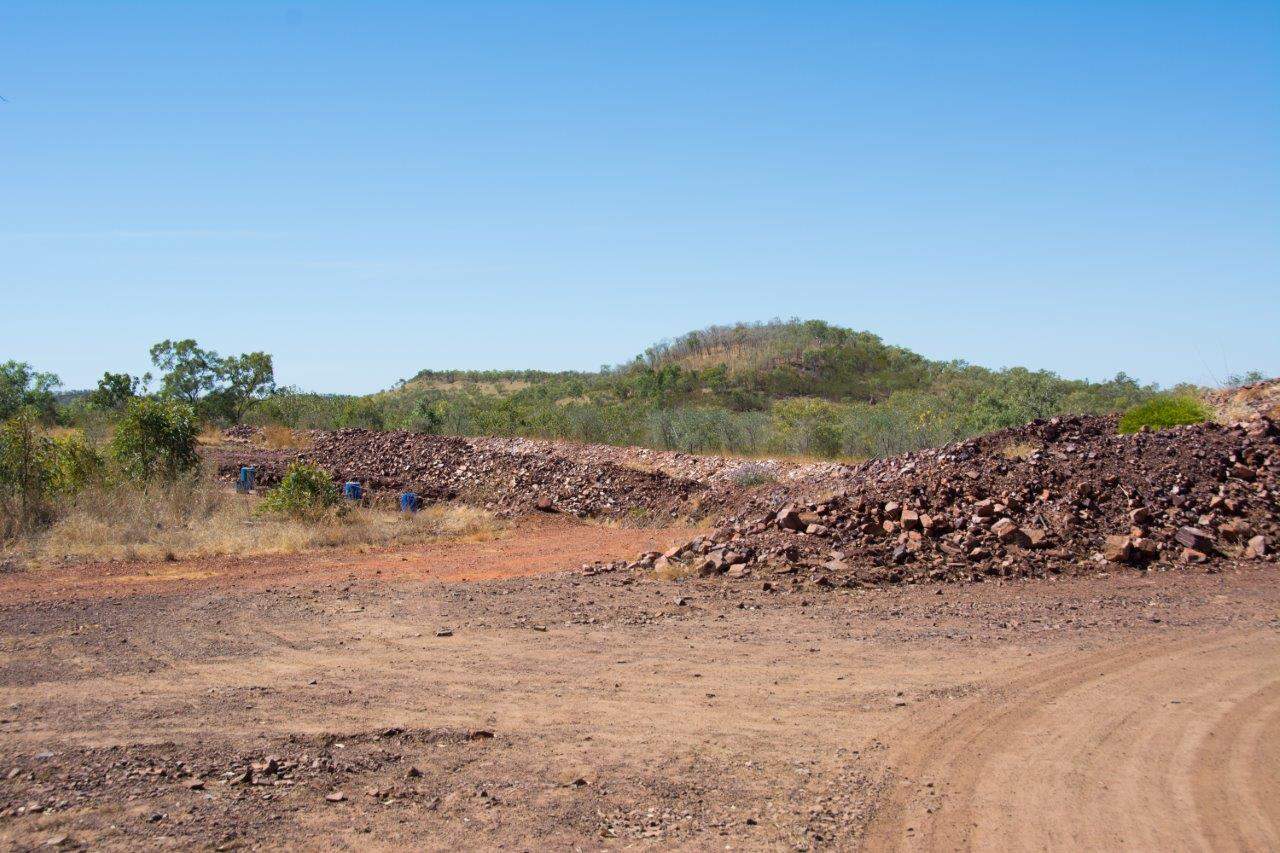 Driving down to the Zebra Rock Mine

A fair bit of history is given on the place, which was extremely fascinating, along with information on the Zebra rock itself. At the end, you take a piece of Zebra rock home, give it a polish back at camp and then walk away with it. 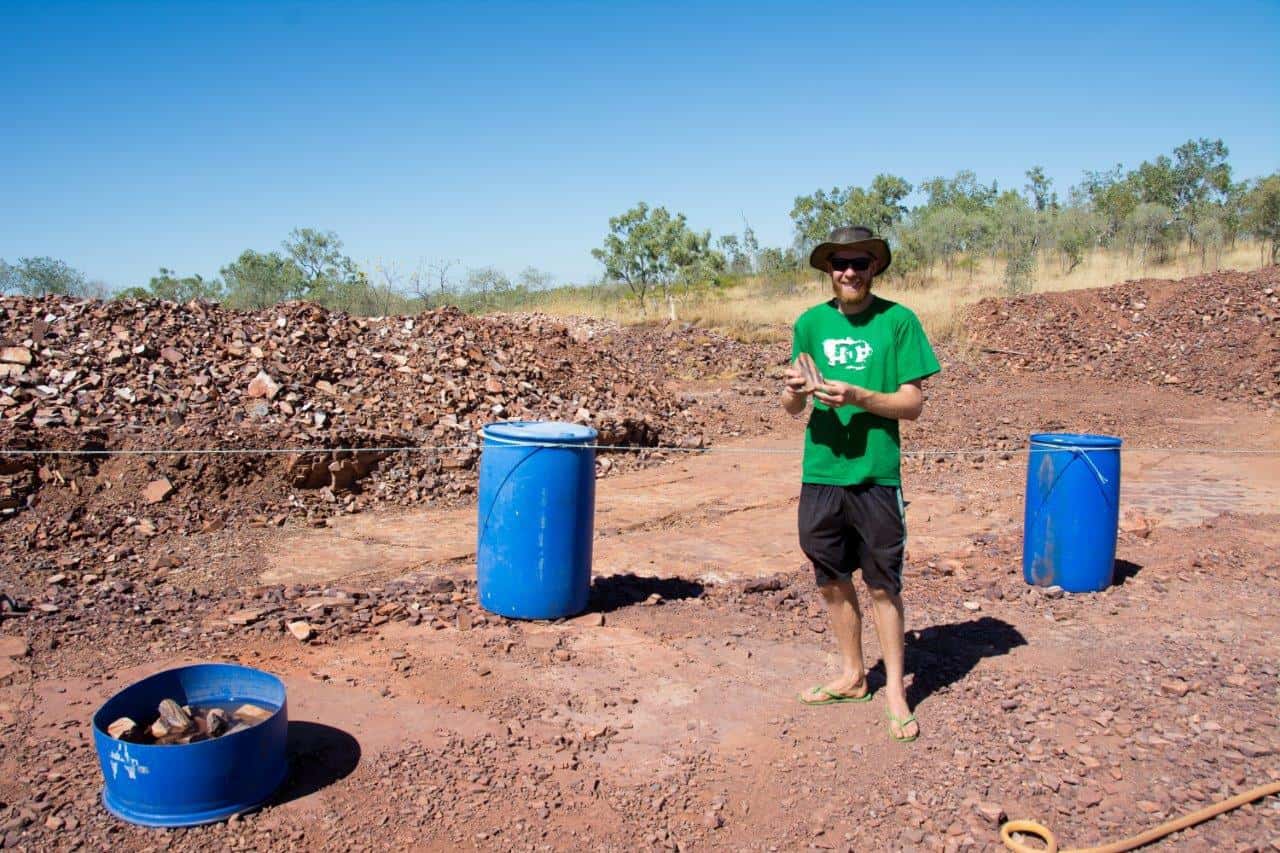 A small bit of Zebra Rock taken home with me 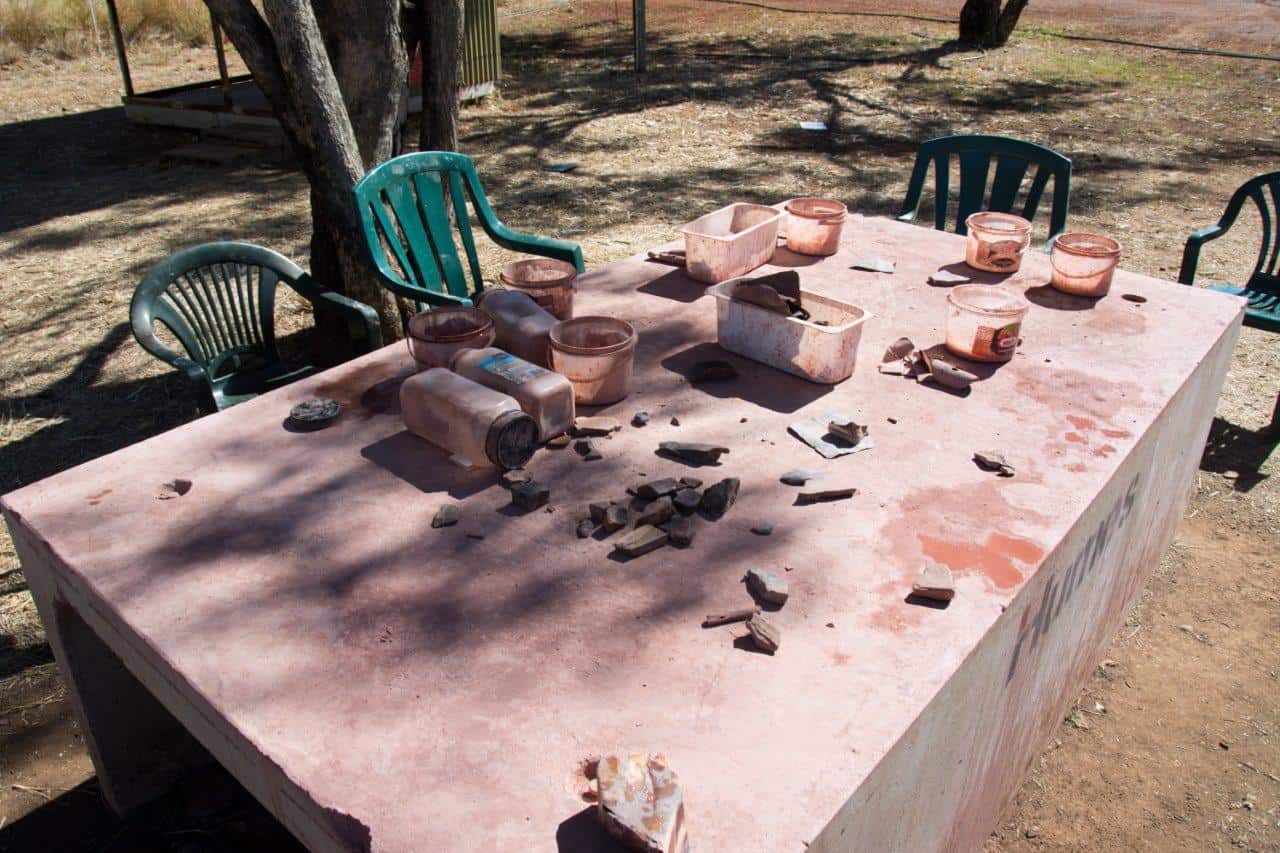 Polishing the Zebra Rock back at camp

There are two places in Kununurra that sell Zebra Rock. One is a gallery which is currently closing down, and the other is a small shop. Both of the owners of these locations mined an island in the middle of Lake Argyle, and completely removed it. There is now no other place in the world where you can get Zebra Rock, and its completely baffled scientists, mathematicians and geologists around the world.

A lot of very reputable scientists visit, not believing that the amazing rock formation comes from the ground. There are a number of theories floating around, but one thing is for sure; its a scientific enigma that is puzzling a lot of people. 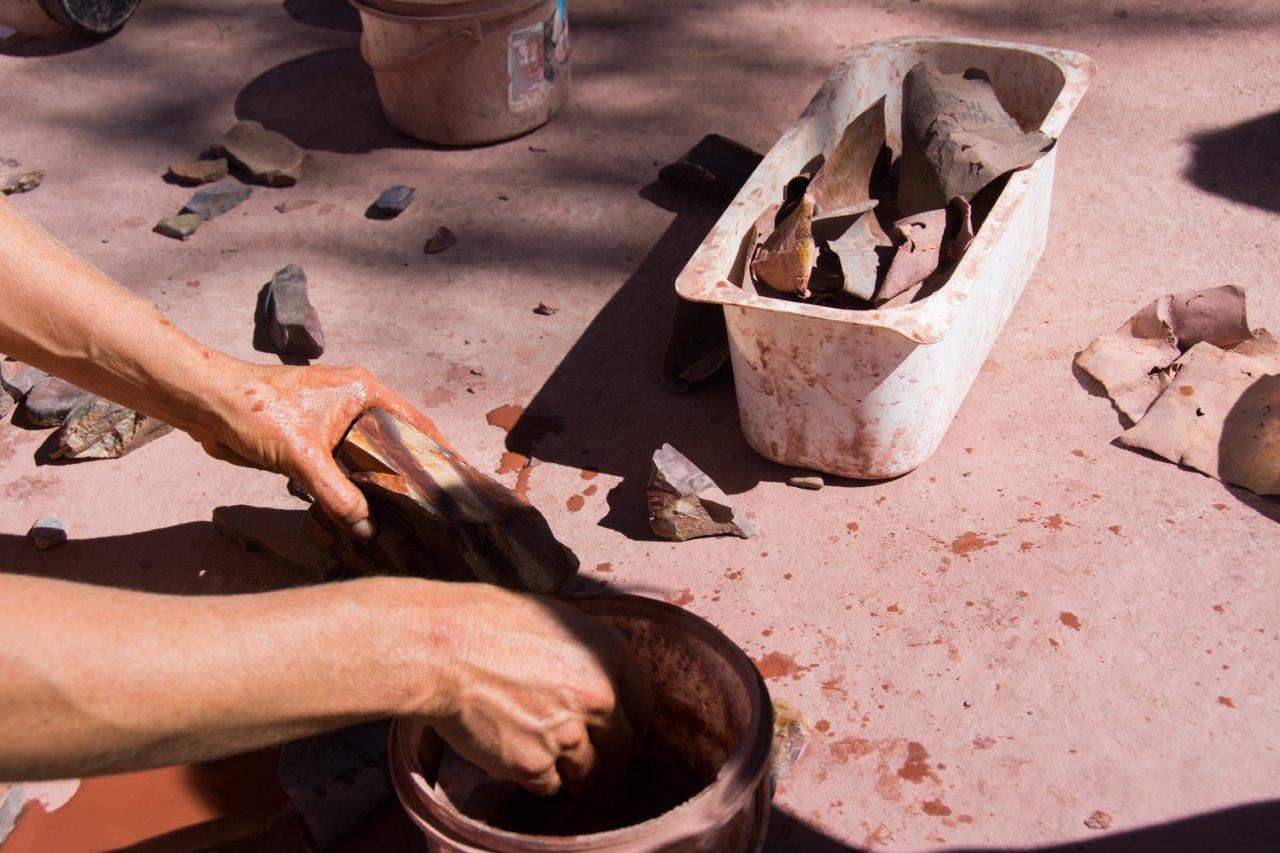 There’s a gallery at the kitchen/bar that you can walk through, and admire the various pieces of Zebra rock. It’s truly unreal stuff, and when polished looks absolutely beautiful. At 3PM, Ruth does a talk and tour through the gallery, telling of how the place came about, along with a heap of other information about the zebra rock, and what they are trying to do.

Initially I didn’t feel too amazed about Zebra Rock mine, but that quickly changed. You can get some great fish and chips at the kitchen, along with various drinks, scones and sit in the shade over one of their amazing rock tables. 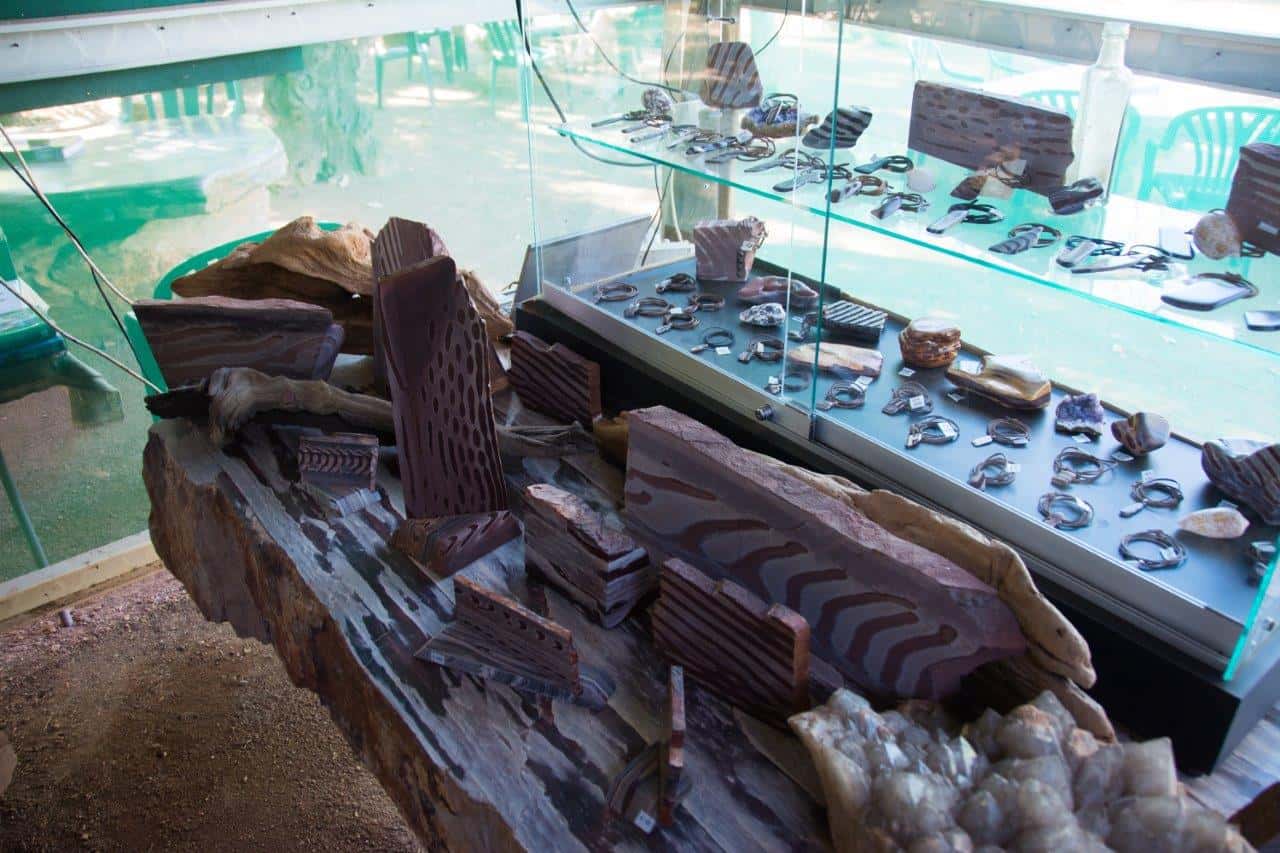 There’s a heap of Zebra Rock on display at the gallery, which you can purchase

There’s free tea and coffee and the hosts and employees are nothing short of amazing. I heard truly stunning things about the sunset wetlands tour, which we’d have loved to have done, but with Oliver going to bed early (and a minimum age of 14 years old) it just wasn’t going to happen. 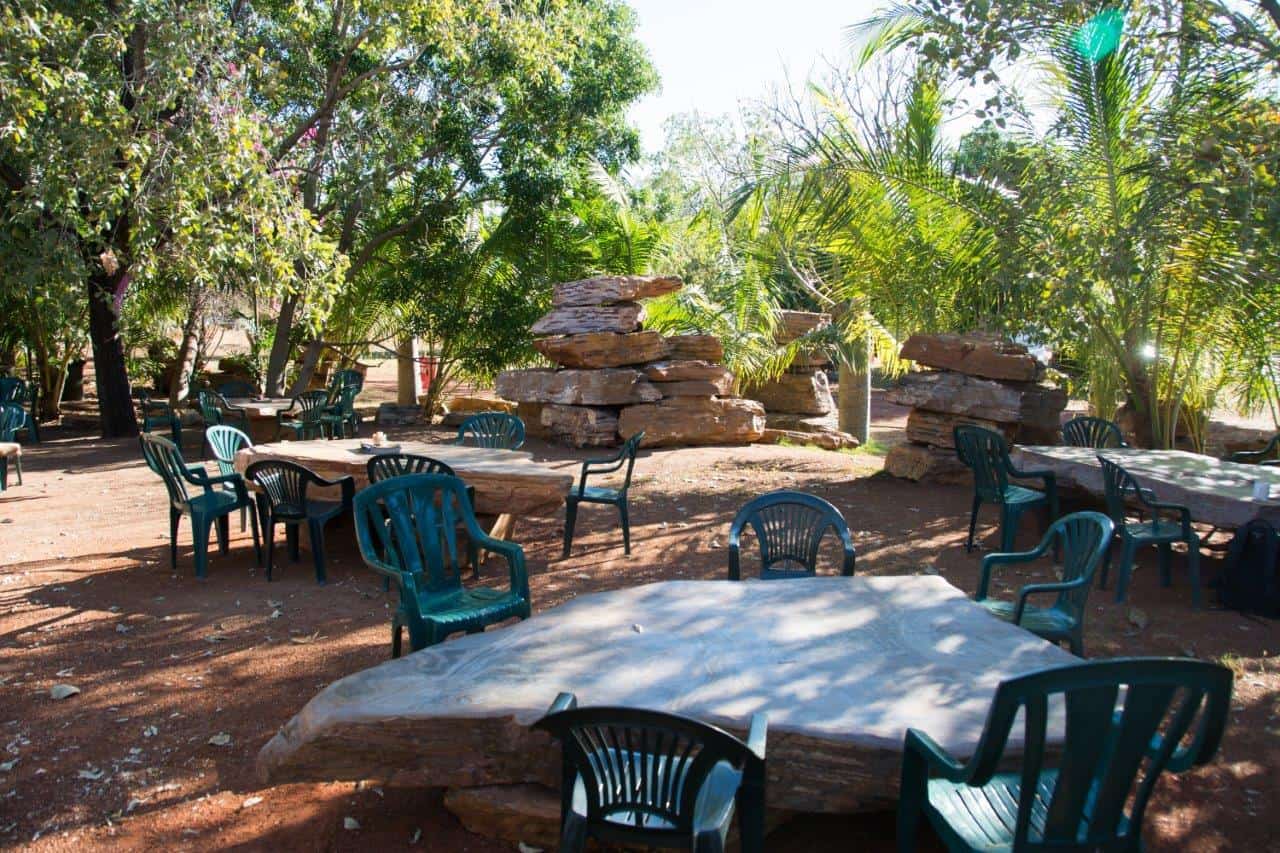 Zebra Rock outdoor area, which is great to relax

If you want a truly fascinating place to stay, along with a great camp ground, head to the Zebra Rock Mine Camp Ground. Rumour has it a new camp ground will be open very shortly, which will accommodate everyone, not far from the road! If you want more, check out Camp Sites in the NT.