Having protection from the weather is hugely important when you are camping, and an awning often plays a pretty important role for a caravan or camper trailer. Our Reconn R2 came with a rope edge awning, which is strong as when set up, and brilliant for bad weather (rain and wind). 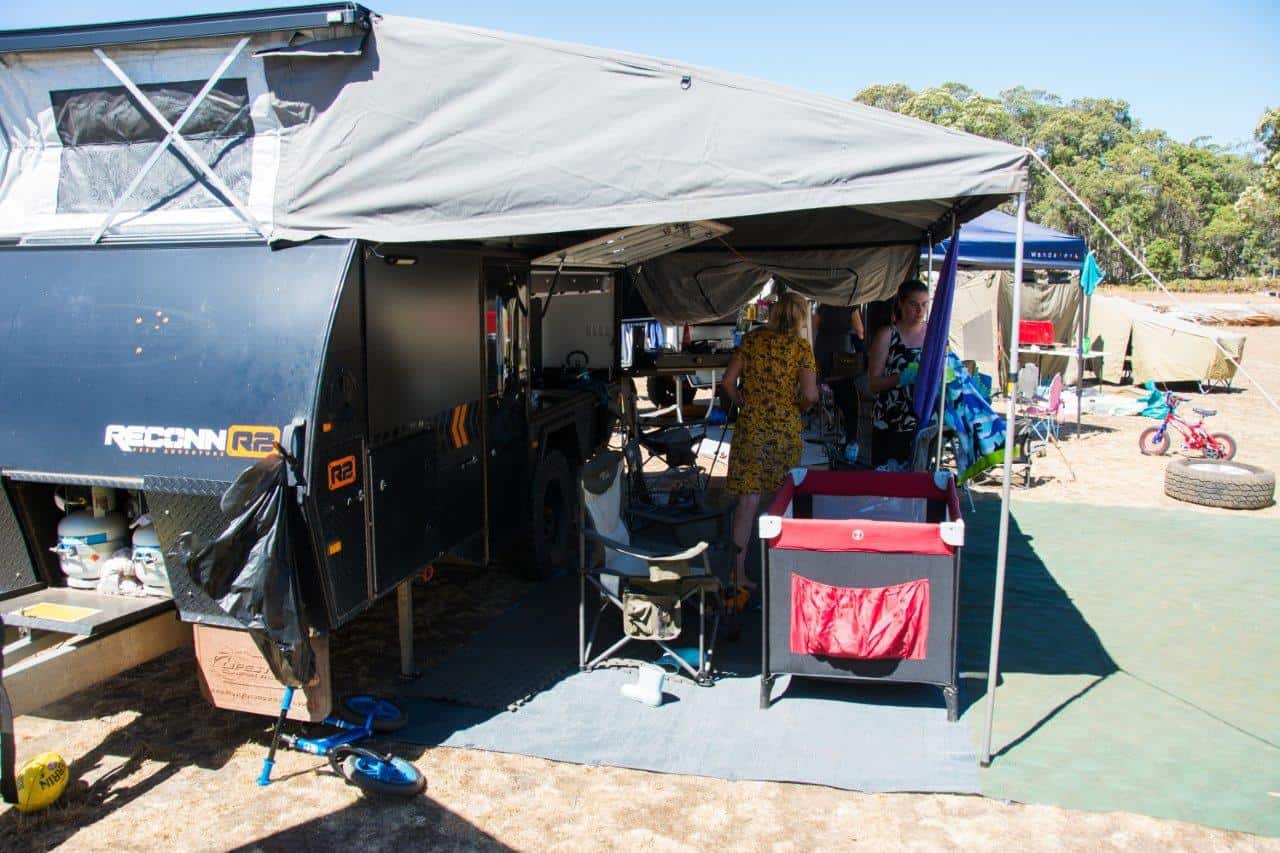 The rope edge awning on our Reconn R2

We’ve only pulled it down once due to bad weather, and that was after a week at Horrocks where the wind barely got below 35km/h. With another night forecast at 55km/h + winds, I was worried it might tear something if we left it up, so we pulled the whole lot down.

However, the rope edge awning is difficult and slow to put up compared to many other awnings on the market, and I have to wonder whether you are better off with something that is lighter duty, and easier to use.

Your average caravan awning takes at most about 2 minutes to erect and the same to pack away. You can get electric, or manual versions and they are both pretty simple and easy to use, and the heavy duty ones are actually fairly strong (although they do break, often in heavy wind so they aren’t indestructible!). 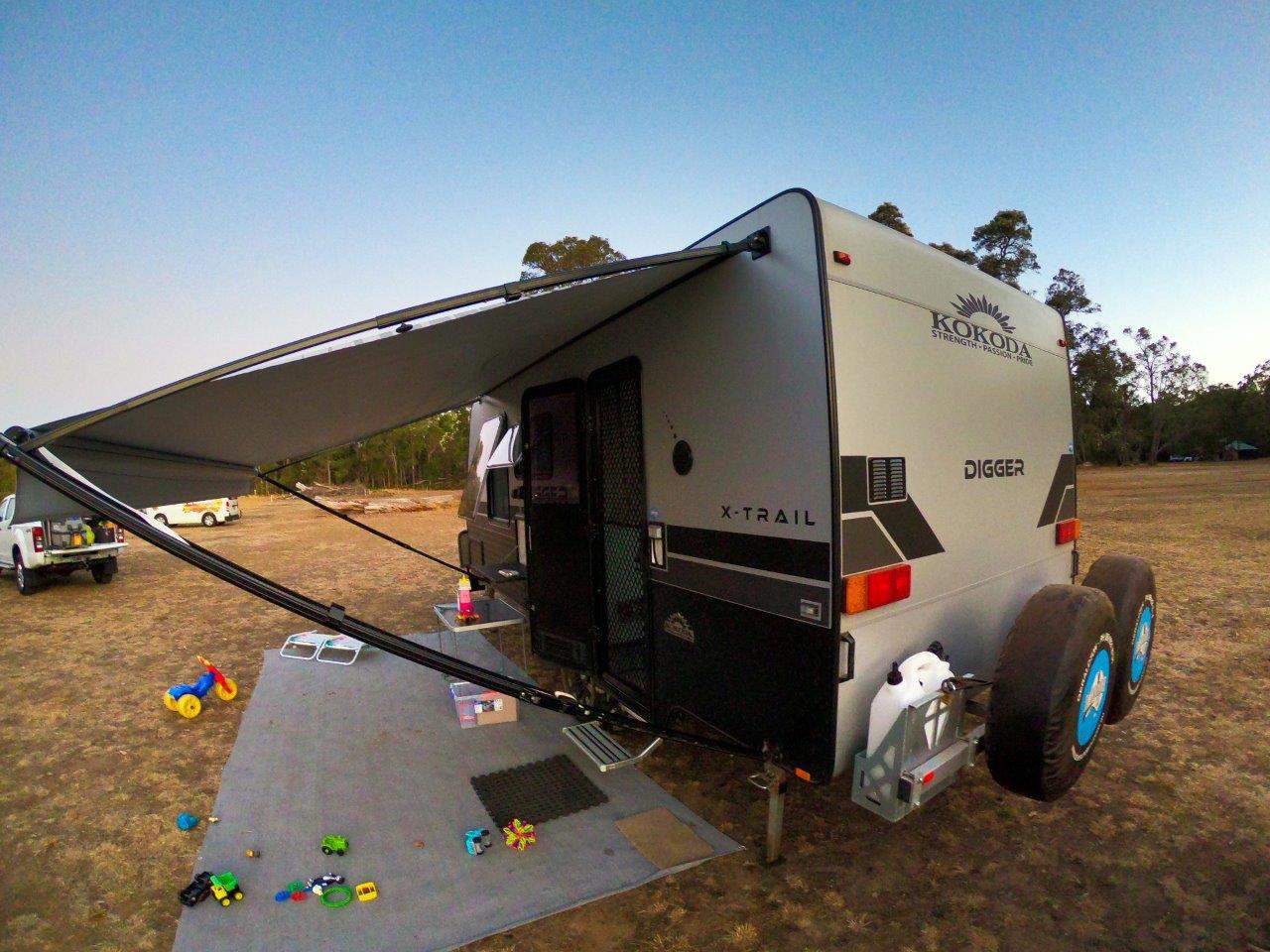 Your average caravan awning is a pretty good compromise

Our awning takes at best 10 minutes for two people to set up, and its fairly awkward and frustrating, although we have recently worked out a better way to do it. As a result of this, we usually avoid setting it up if we can, because the effort isn’t worth the reward.

We’ve often discussed getting something different, or at least having alternatives for quick shelter, and I eventually settled on a Darche 180 awning on the rear of our Isuzu Dmax. This is perfect for a small amount of shade in a short period of time, and gives us shade when we are away from camp too. 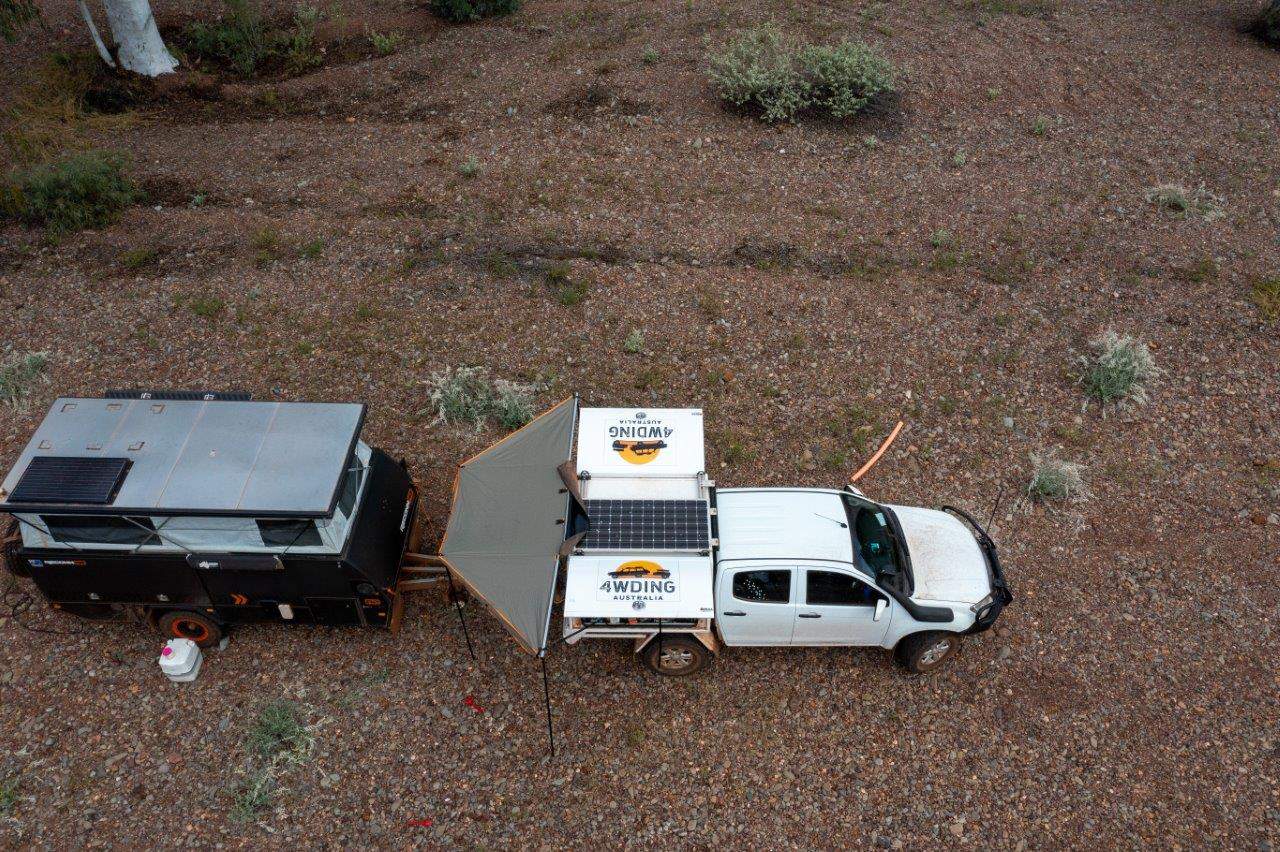 However, the debacle goes on with our camper trailer. We could install a caravan awning either above the existing mount for our rope edge awning, or we could replace it all together, but I’m not convinced its strong enough, or would be completely problem free either.

Some pop top caravans have permanently mounted awnings that just rise as the pop top goes up, and we could probably do the same thing, but making the vertical supports work around our kitchen hatch would be a bit of fun and games. 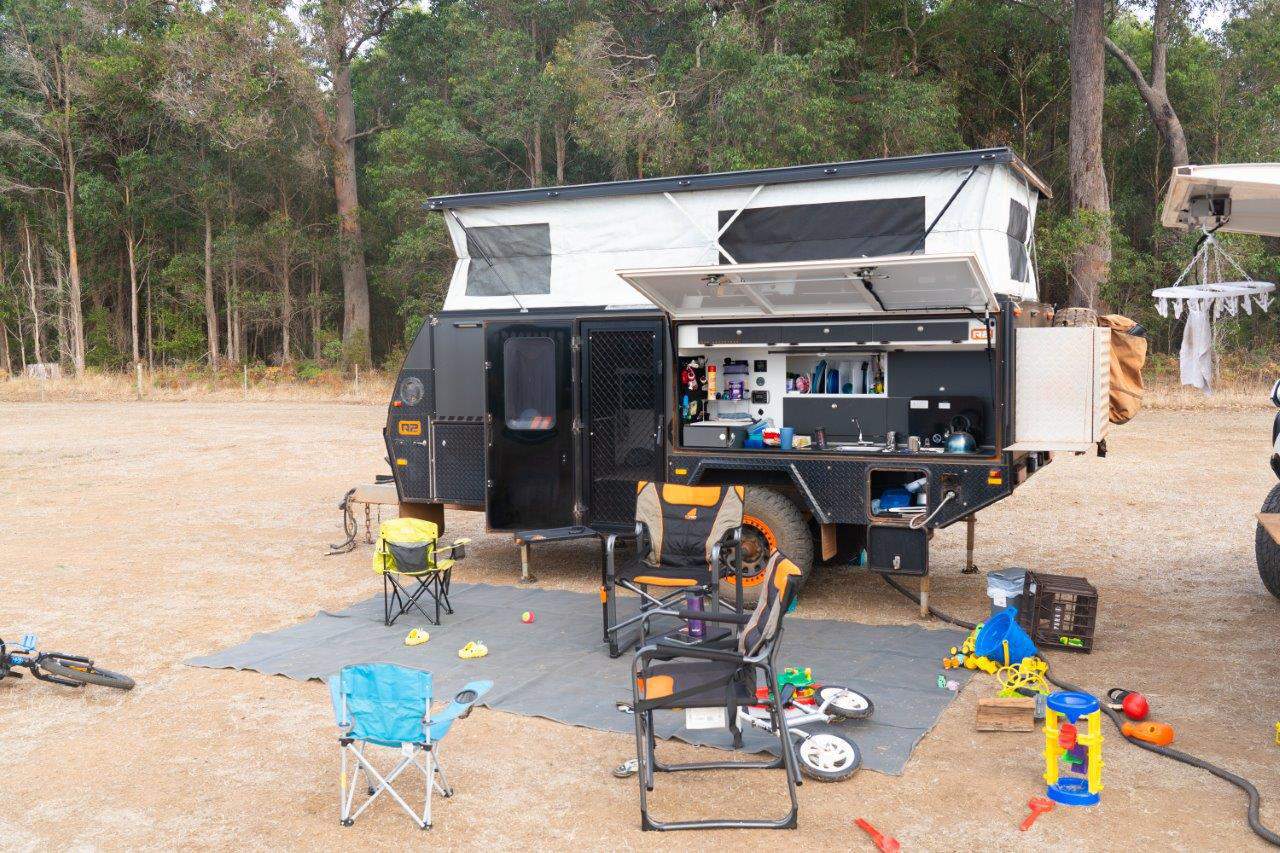 Our soft floor camper trailer had a zip on awning that we set up a tiny handful of times for the same reason; it was just too awkward and annoying to do so (in fact probably even more difficult than our Reconn Rope edge one). 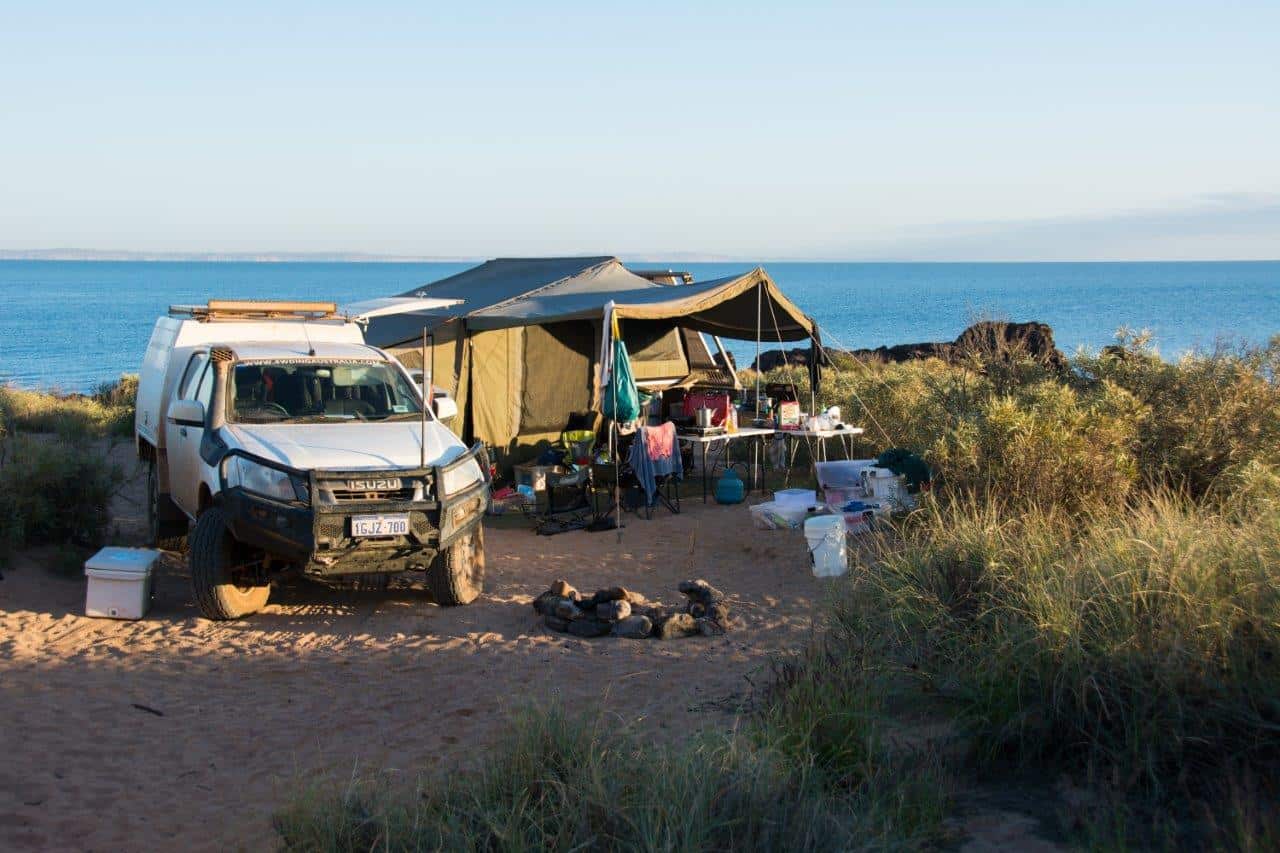 We rarely used the awning on our soft floor, because it was not worth the effort to set up!

At the end of the day, this is just another lesson for us; no matter what you buy, you’ll have issues and downsides with it. We love the rope edge awning when its up, and we’ve learnt to put it up as easily as possible now, but its still frustrating and we’d love something that set up faster.

I’m fairly convinced that we will just keep living with it, and pulling the canvas out each time we need it, and setting it up. 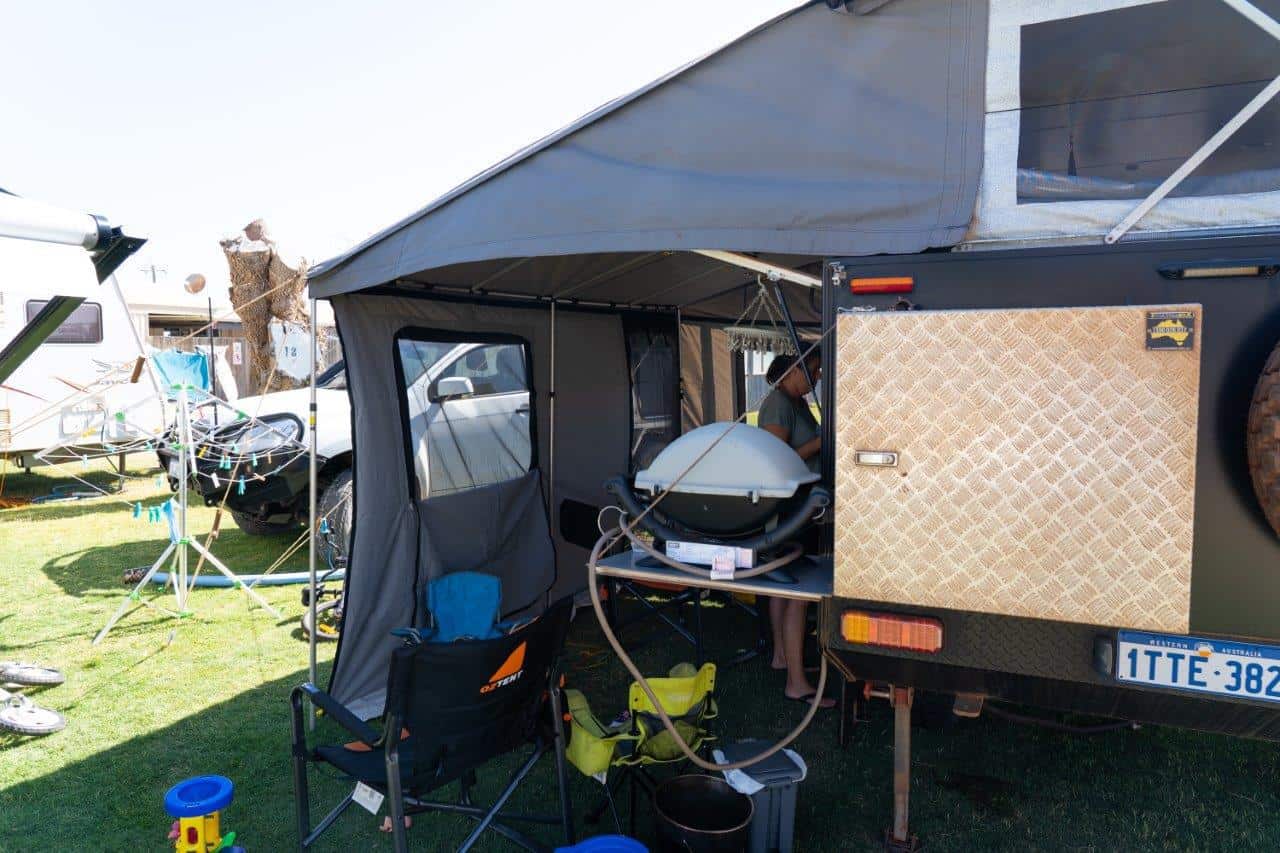 What caravan or camper trailer awning do you run? Are you happy with it?