Hyden Norseman Road; everything you need to know

When our lap of Australia began, we headed from Perth towards South Australia, and were interested in the quickest, most direct and enjoyable drive to get there. There’s a lot of ways to get to Norseman (which is where the drive East really begins), but the most common is either over the top via Coolgardie, or down the bottom through Lake King or Esperance.

None are super direct, and when the option of taking the Hyden Norseman Road popped up, we jumped at the opportunity. 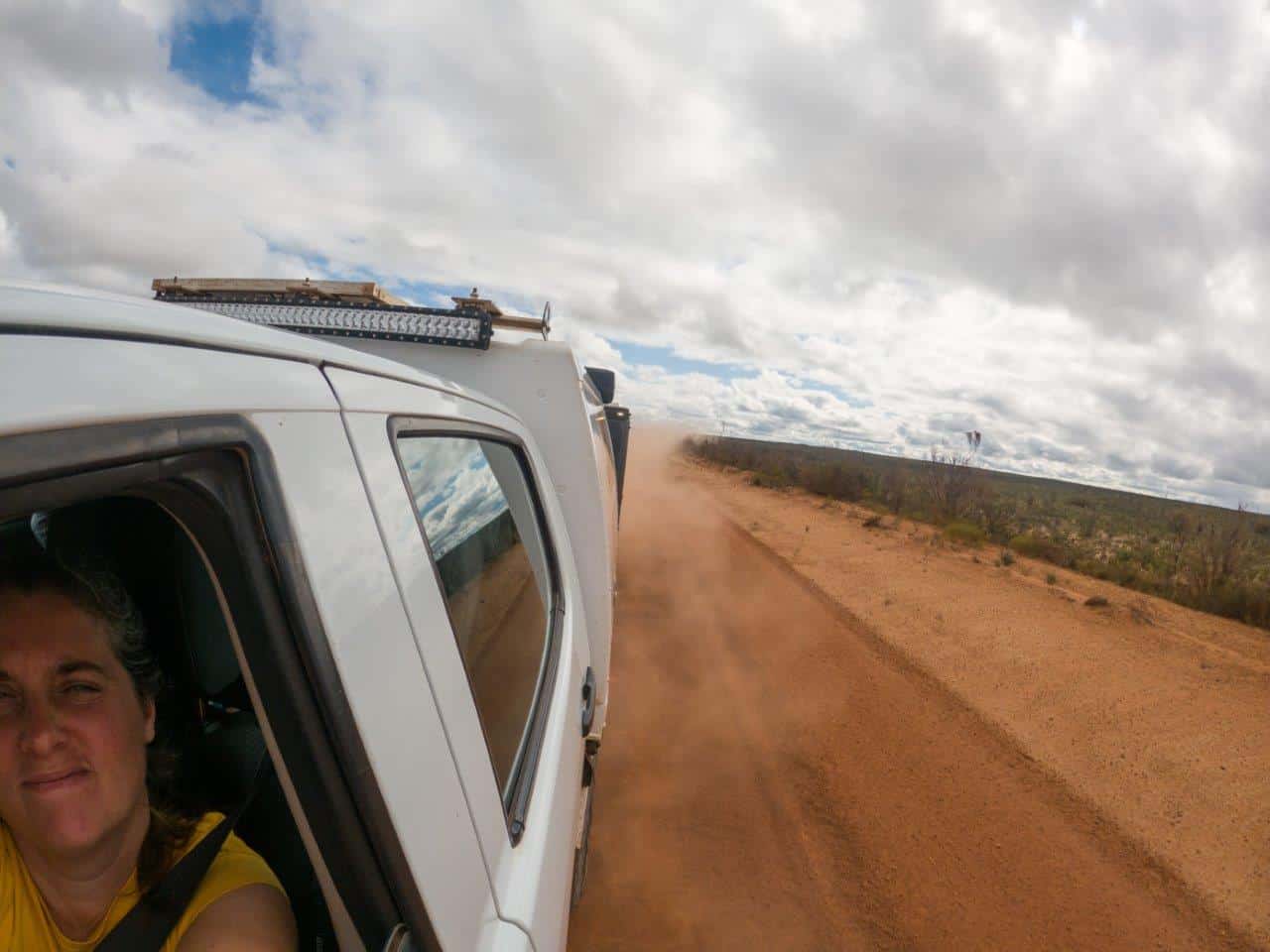 We chose to take the Hyden Norseman Road

About the Hyden Norseman Road

As the name suggests, this road runs between Hyden and Norseman, and cuts off a heap of travel. It’s 302km long, and Google suggests that it will take you 4 hours, but you shouldn’t ever rely on this, especially when the road is not bitumen! 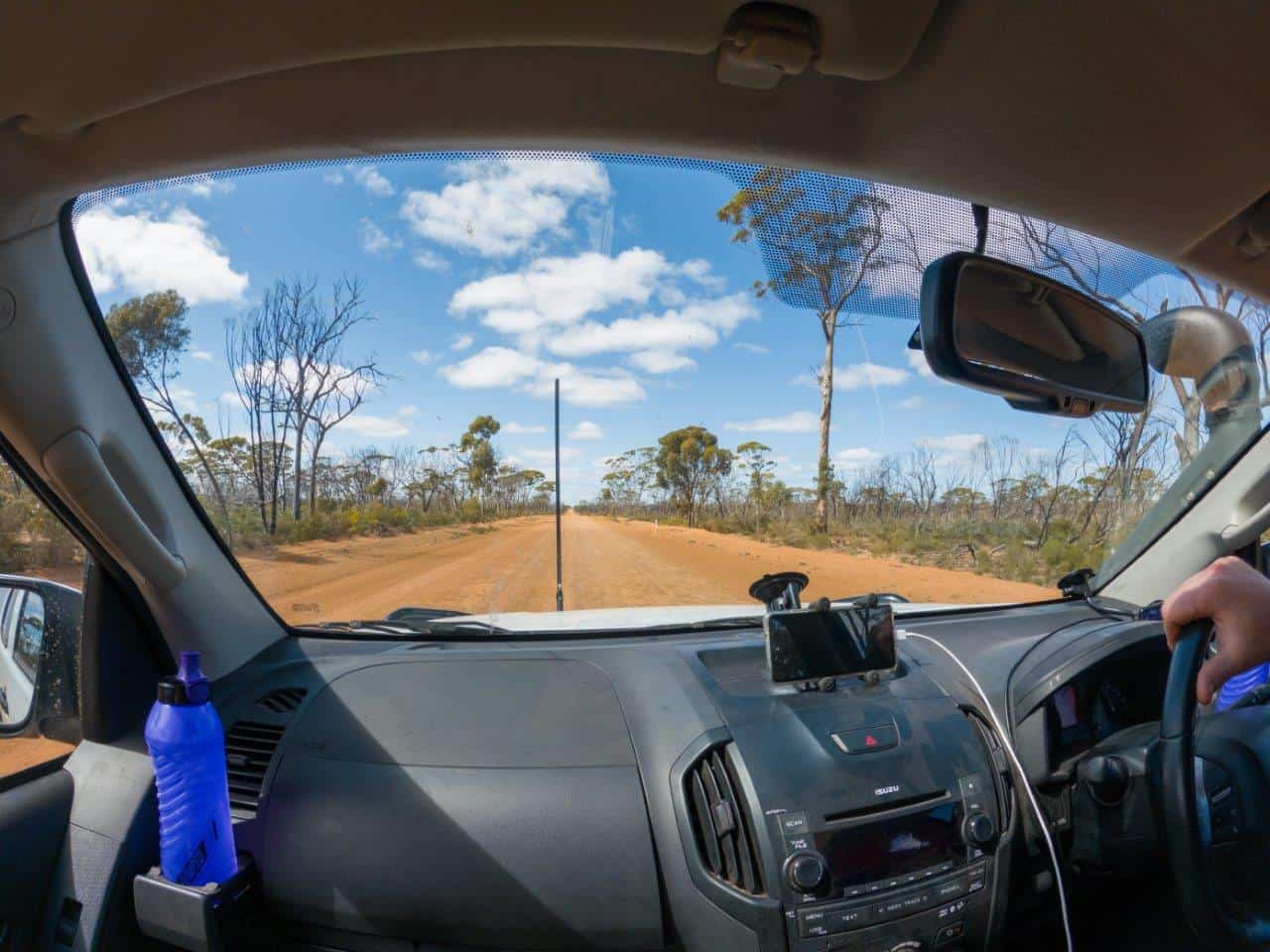 Gravel roads can vary greatly in their condition

The Hyden Norseman Road is only partially sealed, which means it gets closed regularly after rain. I rang the shire of Dundas to get an up to date road condition before we left, and was told that about 200km of it is gravel, but  that its in good condition, and to proceed with caution. I’d say there’s more like 230km of gravel, with only a tiny portion of sealed road at the Norseman end.

As I’m sceptical relying on one person’s opinion, I rang a mate who’d done the road before, and looked on Facebook and found some other up to date reviews, all saying that the road condition was fine. We love a bit of adventure, but if we’re going to spend hours slogging up a feral gravel road I’m just as happy to bypass it. When we did the gravel road from Ashburton Downs to Mt Augustus over 6 hours, I was very glad to get off it.

As it turns out, the road conditions were really good. There was a couple of graders working at either end, but even the middle section that was untouched was fine and we had cruise control on for most of the drive at 90km/h with no issues. You could go faster if you pleased, but we are happy at 90km/h and we didn’t even let any air out of the tyres, as it was in good condition. 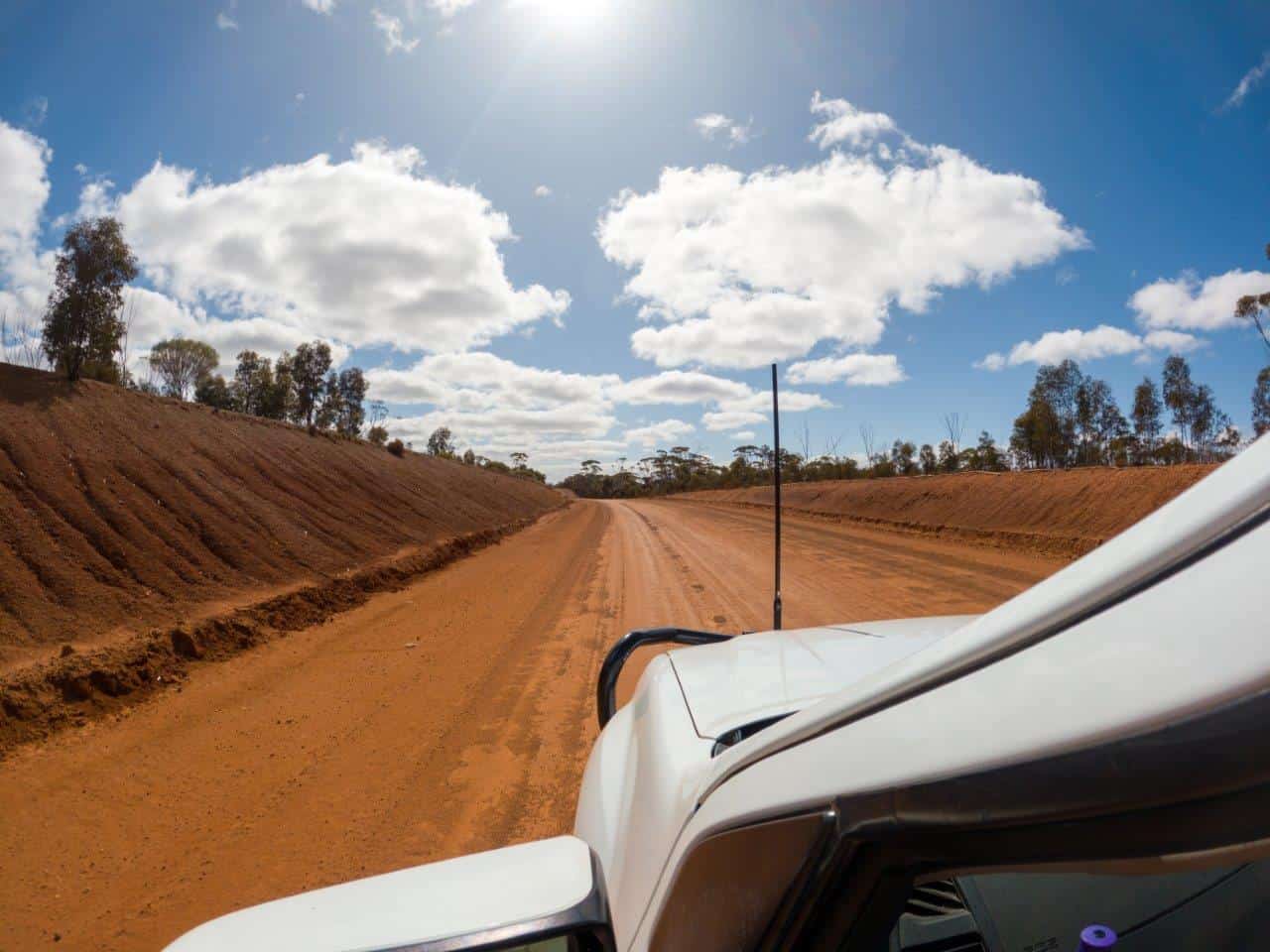 The Hyden Norseman Road condition was really good, and often is

I’m not going to say it was as good as a bitumen road as there was corrugated sections, but it was a lot better than many other gravel roads that we’ve done, and the fact that we didn’t have to let air out of the tyres speaks volumes of its condition. 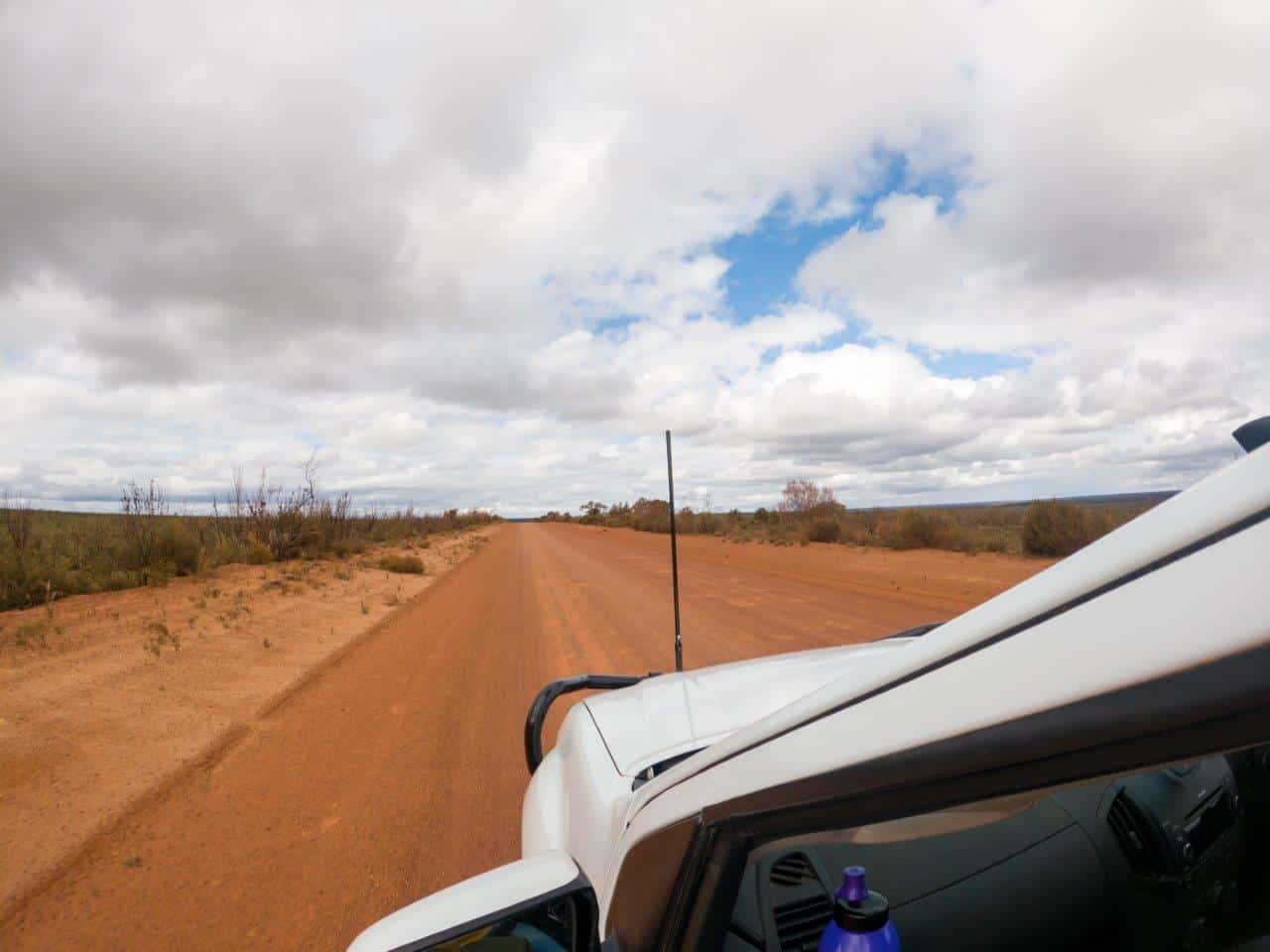 There’s really nothing to complain about this road

The first 50km from Hyden end is bitumen, and then its good condition gravel, before turning back to bitumen not too far out of Norseman.

Its worth knowing that this road does get used by a couple of different mine sites, and also several haul trucks moving material. We passed a couple of big road trains, who were happy and helpful, and we gave them the majority of the road to cruise on.

Slow right down as you’ll be left in a giant cloud of dust with zero visibility. We saw a couple of other vehicles, but overall it was fairly quiet, which is great.

We did see a couple of 2WD’s, which proves its not a 4WD only road, but in rough conditions this could be quite harsh on any fancy vehicle that you had!

Camping on the Hyden Norseman Road

One of the reasons we wanted to do the Hyden Norseman Road was some of the camping opportunities. Flat rock is a popular place, right on the edge of the Holland track (a fantastic 4WD track) and then there’s a number of other quiet, free camps that you can use with zero amenities, which is exactly what we want. 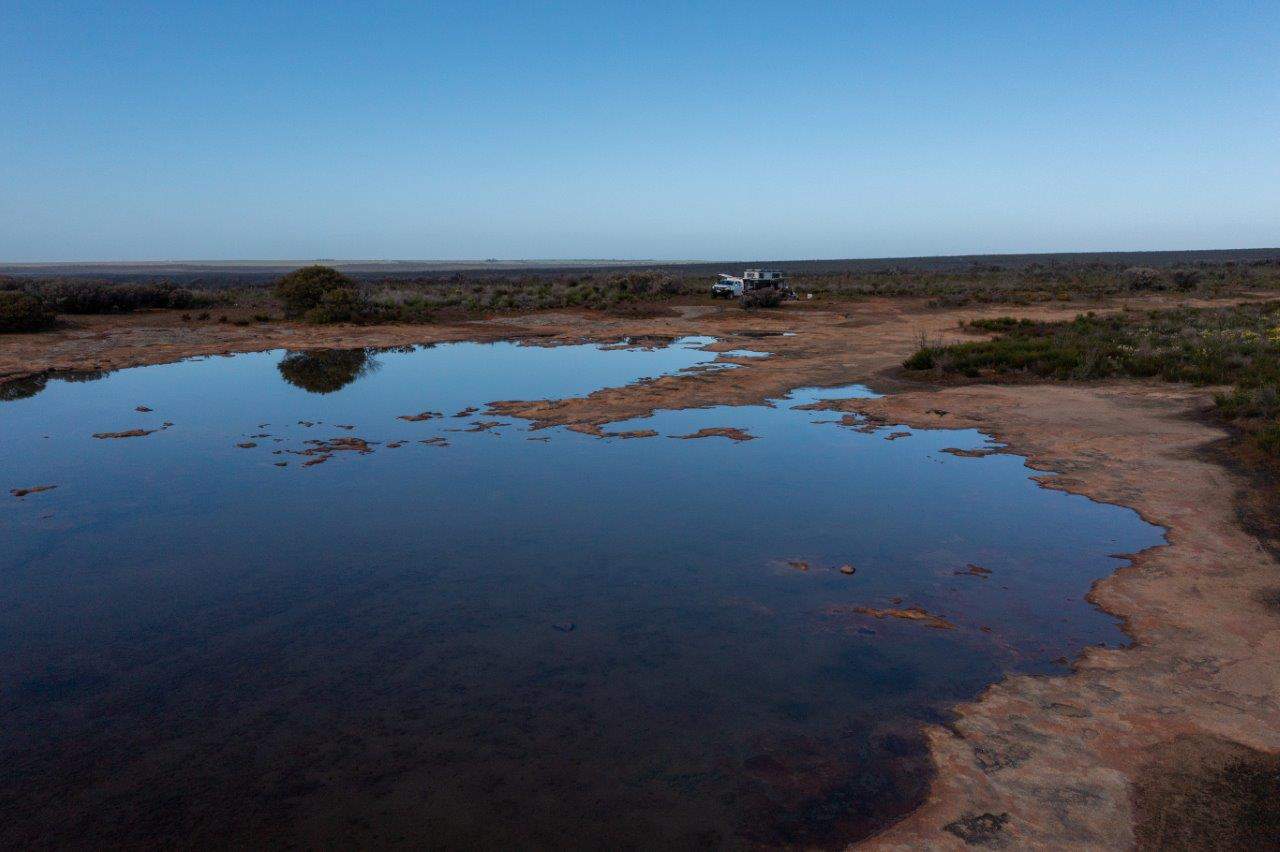 Camped at Flat Rock for the night

Would we do it again?

In a heartbeat. It knocks off about 100km, and we didn’t really lose any time, but gained the ability to free camp on our own in the middle of the bush, which is always nice.