We burnt our Muk Mat; watch your caravan doors and windows

I’d always known it was possible to burn holes in your caravan awning mats, or Muk Mats out the front of your caravan, and now we can share with you first hand how it happens, and what you can do to prevent it!

Whilst staying at a nice Hipcamp property in Aldinga called Blissful Peace, we woke to a very warm day, and decided to head out and explore more of the coast, and to stay away from camp for the hottest part of the day. It was forecast to be 36, and despite my intentions to get our camper trailer in some shade for our freezer (which is in a black box at the front of the hybrid and cooks on a hot day), we’d managed to get a fair bit of sun still shining on it.

I made the decision to remove the weber from the same hatch as the freezer (so no one could steal it), and leave both doors wide open to give it maximum ventilation, and the best help I could. I also left the external door to our camper open with just the inner, fly screen door shut and locked to stop the camper getting too hot inside.

I didn’t see anything that night, but the following morning when I got up I could see a massive scorch mark on our Muk Mat, and I was pretty shocked. I was always very sceptical about the Muk Mat, but have become quite attached to it and to see it so badly damaged after less than 6 months of use was a bit of a sad moment.

We’d seen a much smaller burn a few days earlier, and hadn’t thought too much about it, but this was much worse. 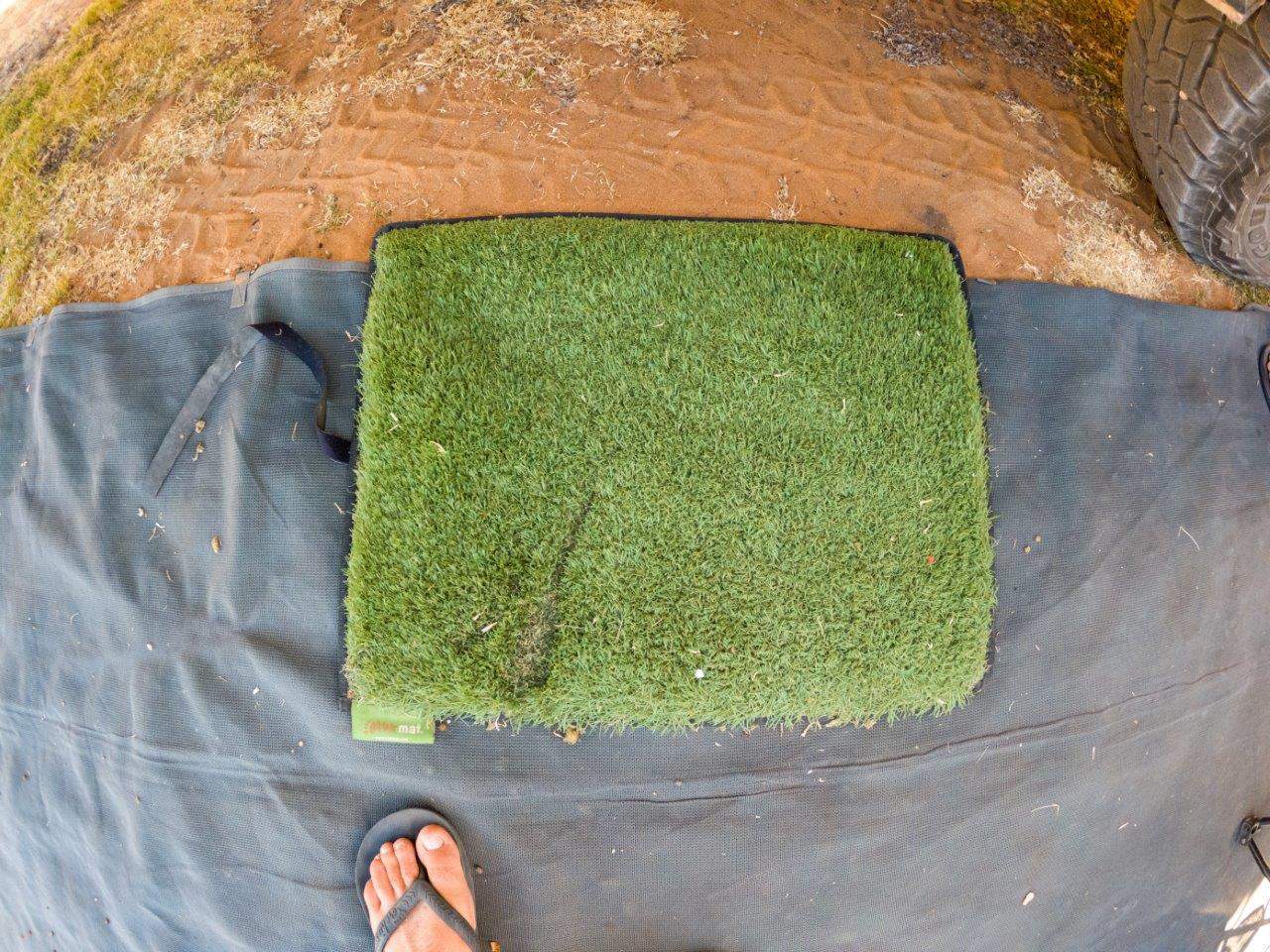 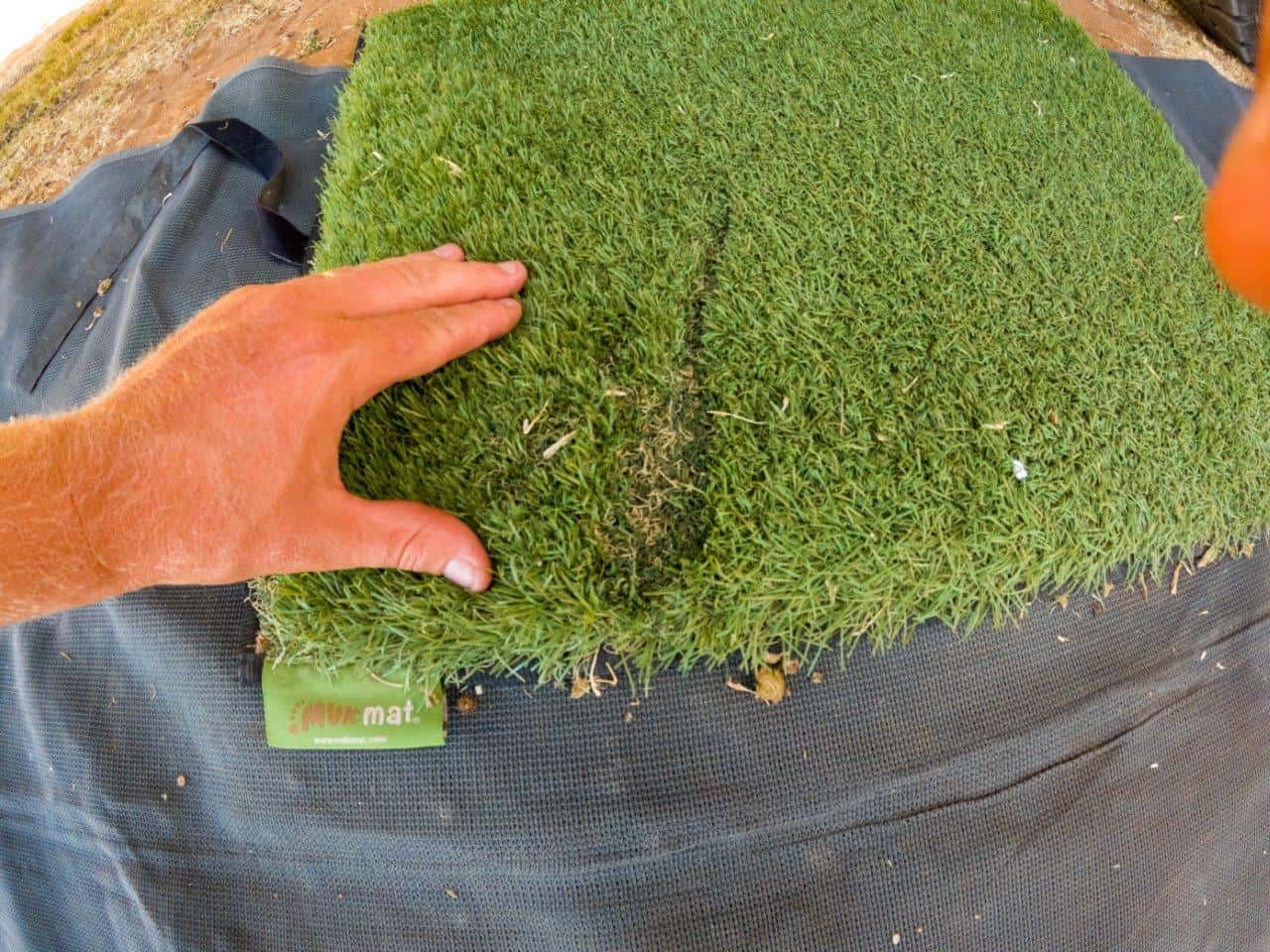 You can see this is the second burn, but much larger

Anyway, I assumed it had melted from the caravan door, and when my Dad came over to have a look, he quickly asked whether the door was half open. It was, and this allowed for the sunlight to shine through the perspex window in the door, and concentrate in a small line, and melt the mat.

It just so happened that as the sun crossed the sky, it was only slightly off vertical and would have been shining directly through the door window, and concentrating all that heat into a giant magnifying glass arrangement, onto our Muk Mat. 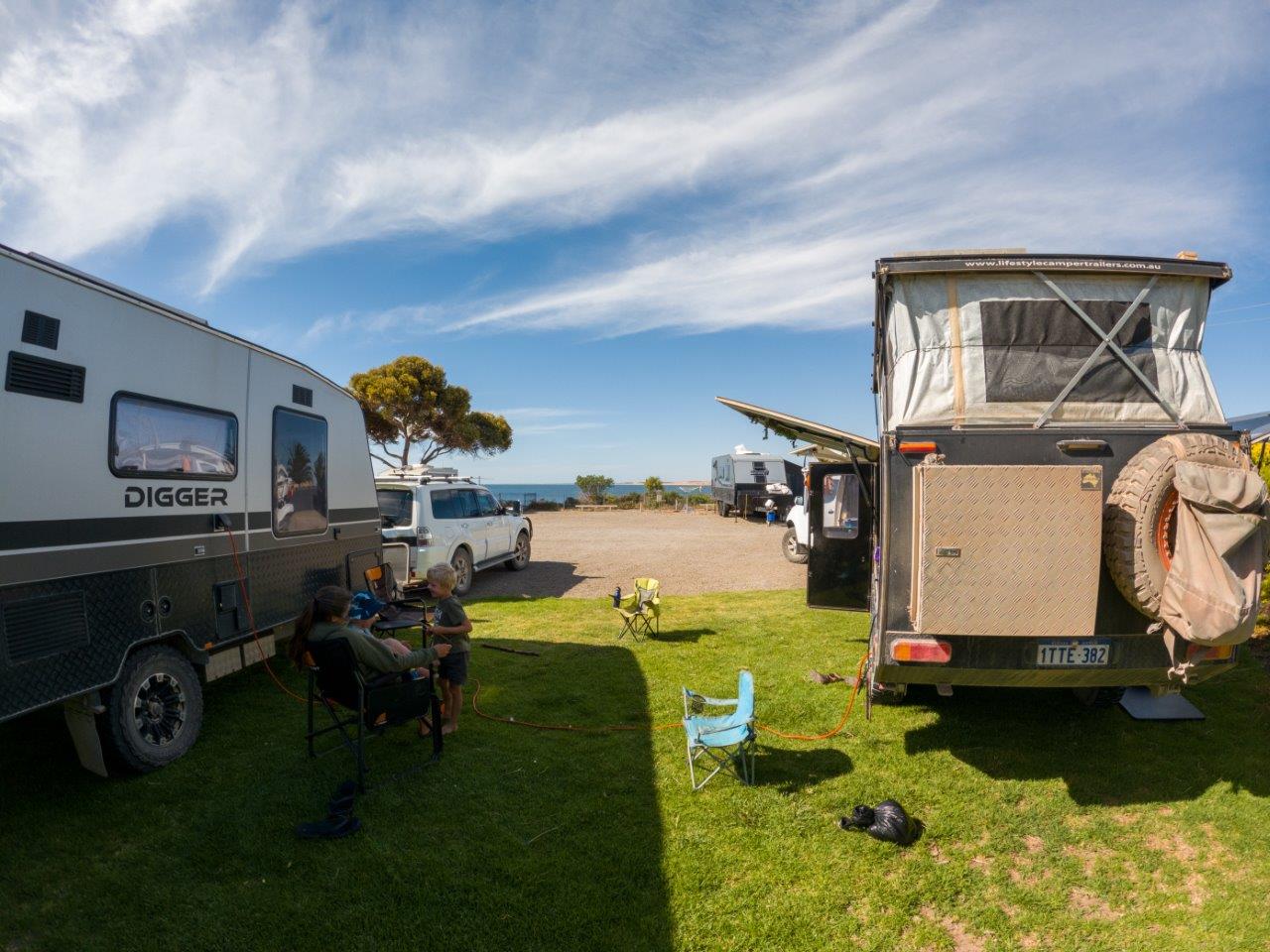 Now, if the Muk mat hadn’t have been there it would have done the same thing to our Cgear Mat, so I can be grateful for that (as its far more expensive), but I wondered what would have happened if the Cgear mat wasn’t there either? We were camped on dry paddock grass that would catch alight in hot weather in an instant, and I reckon it could have easily caught on fire.

How can you avoid it?

The solution is simple; when its really hot try to avoid having your caravan door or windows in direct sunlight for extended periods. From there, the door being shut is much better than open, and if you can put any mats away its not a bad idea.

A bit of a learning curve

All in all this wasn’t much of a problem, but it was certainly a learning curve and something I’ll think about more carefully when picking camp sites, and setting up next time!

Have you burnt anything outside your van from the reflections? Let us know below!