The Flinders Ranges are so full of amazing 4WD tracks, scenery and camping opportunities that you’ll have a hard time not finding something to take your breath away. However, we were still surprised when we pulled into Parachilna Gorge; its magnificent, and on another level all together, and little did I know that it would keep getting better as we moved onto Moolooloo Station. 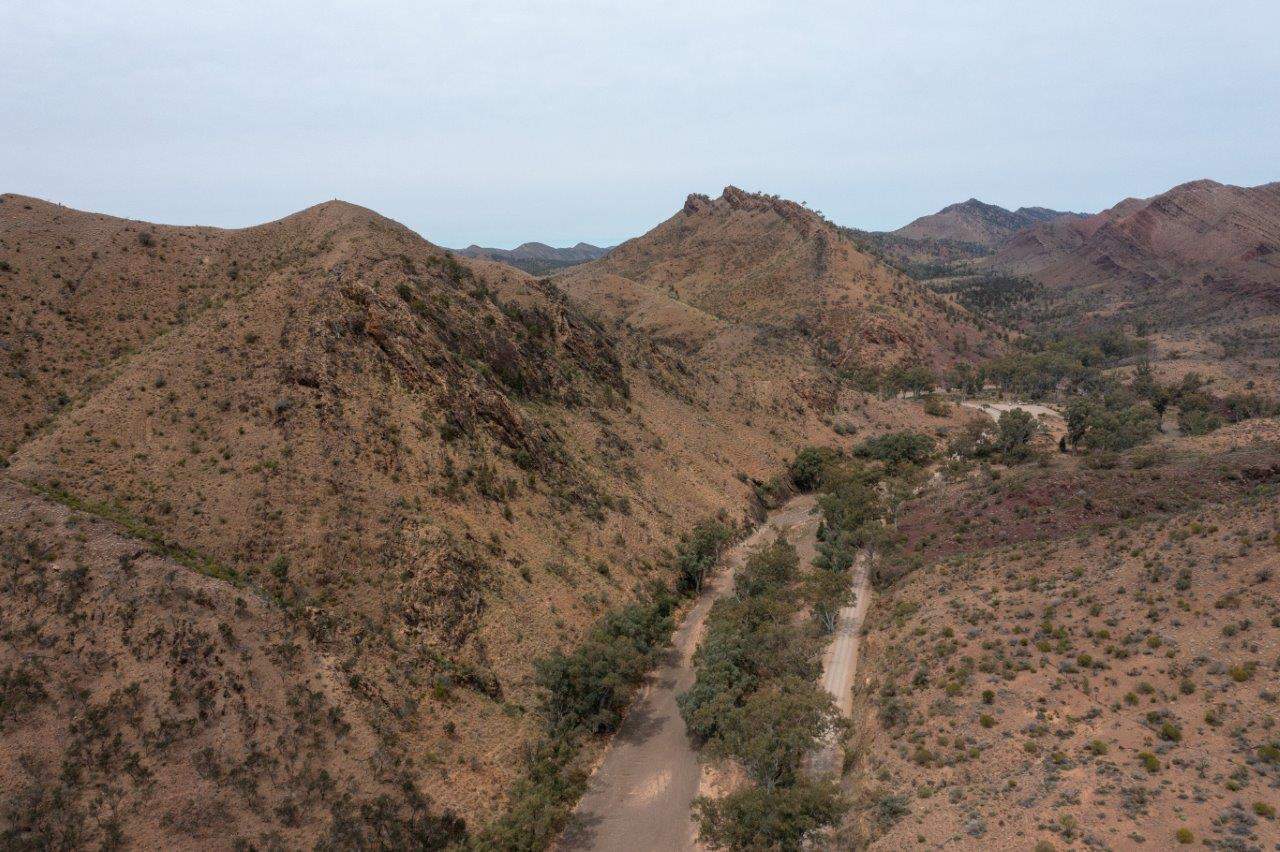 The views around Parachilna Gorge are nothing short of unbelievable

Where is Parachilna Gorge?

This beautiful location is about 80km north of Mern Merna Station, or 100km from Hawker. Its close to the Angorichina tourist village, and not far from Parachilna itself. 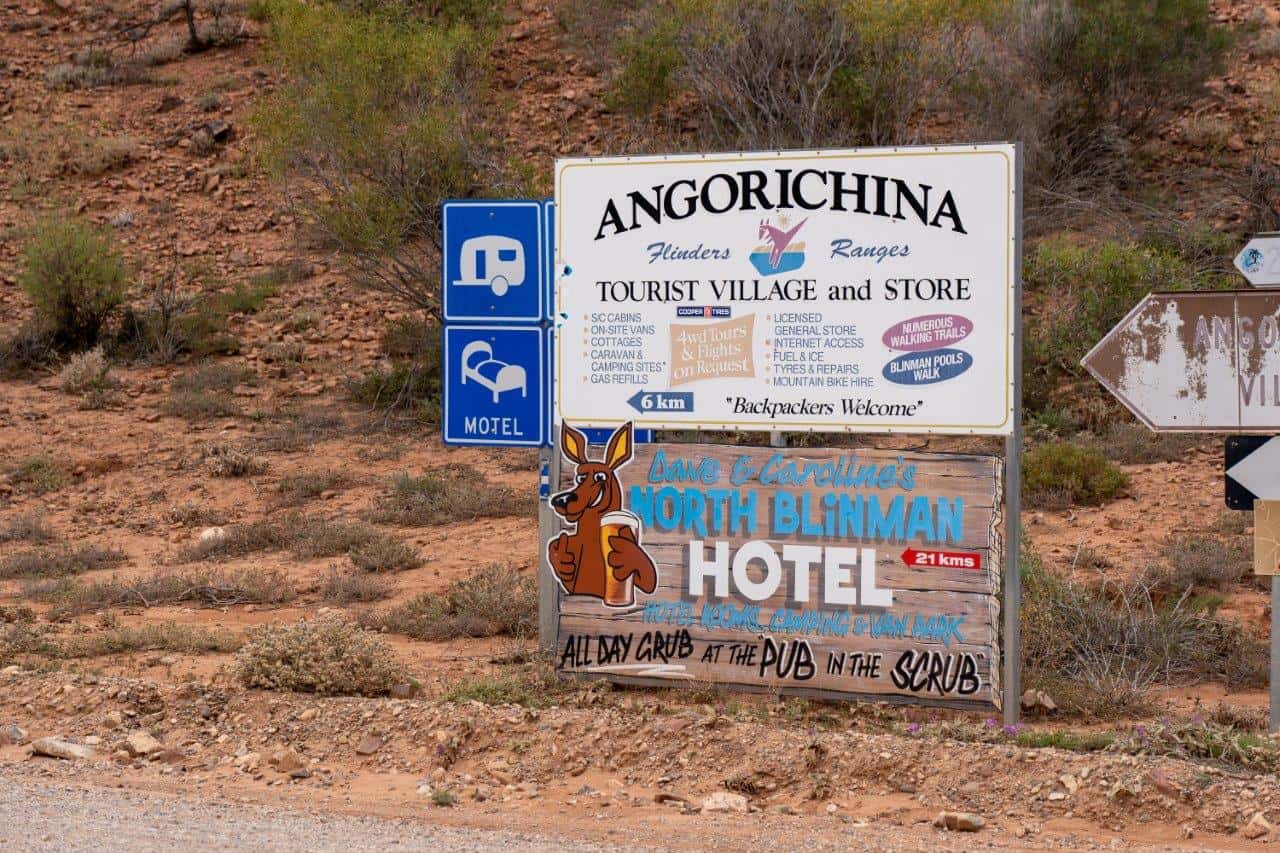 Angorichina Village is just up the road

Can you get there without a 4WD?

Yep, and we saw a number of 2WD vehicles in the gorge itself. Admittedly most had a bit of clearance (so not your Camry’s, Commodores etc) but the general SUV style is fine, and we even saw a couple of old Toyota vans in.

The road in is relatively good, albeit rocky. We cruised in at 80km/h without too much of an issue, only slowing down when we went past another vehicle, and you have to slow right down when you get into the gorge as the road narrows, you’ll hit a number of bumps and crossings and the climbs up and back down begin. 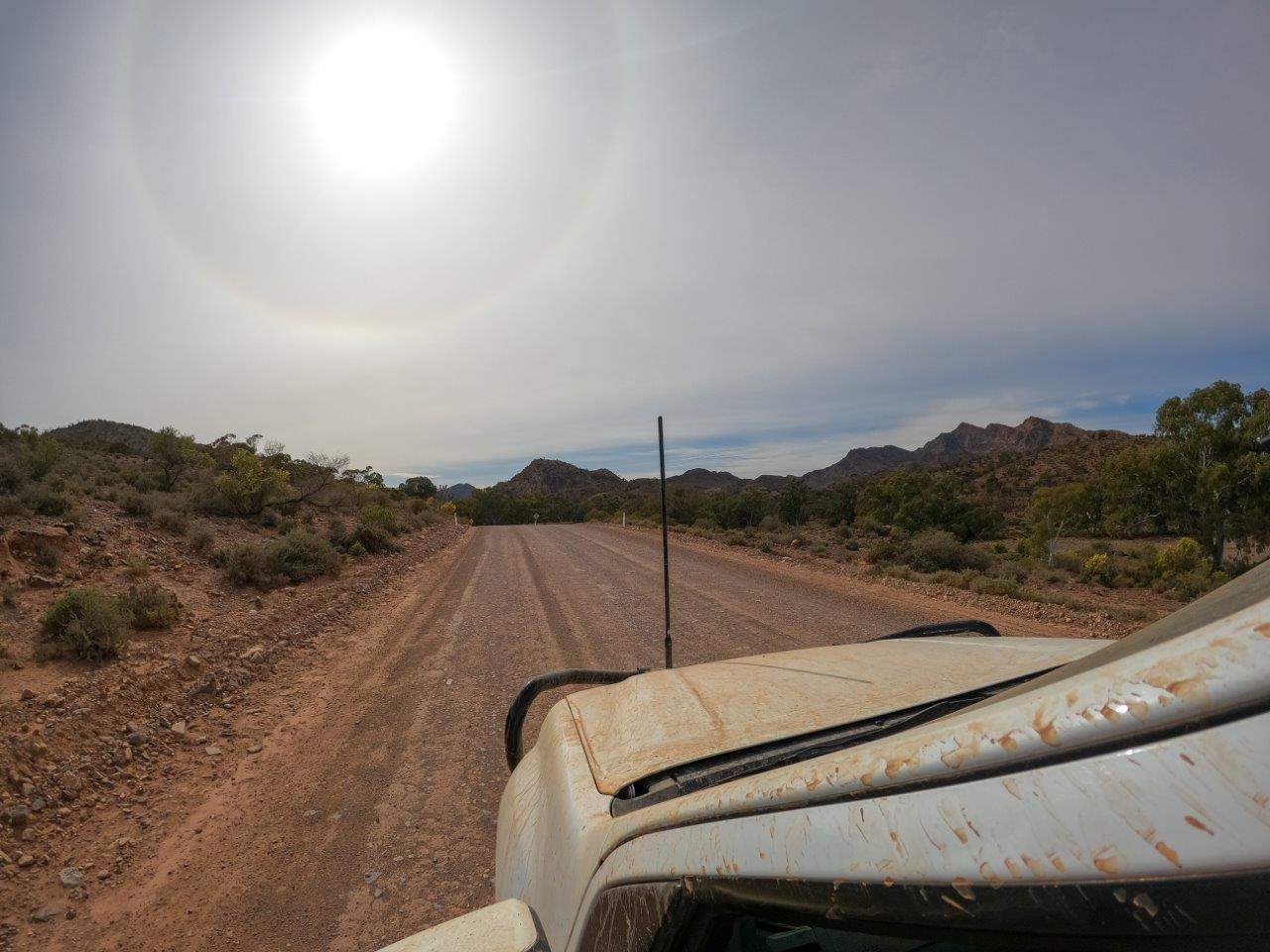 The road into Parachilna Gorge is a pretty good gravel road, with some humps at the floodways

Taking a caravan into Parachilna Gorge

There’s a heap of room inside the gorge, and asides from some tight corners if you met another big rig, there’s no issues at all taking a van into Parachilna Gorge. There are a huge number of places where you can pull up to stay, or to turn around, and as long as you drive to the conditions, and have your tyres down you shouldn’t have too much of an issue. 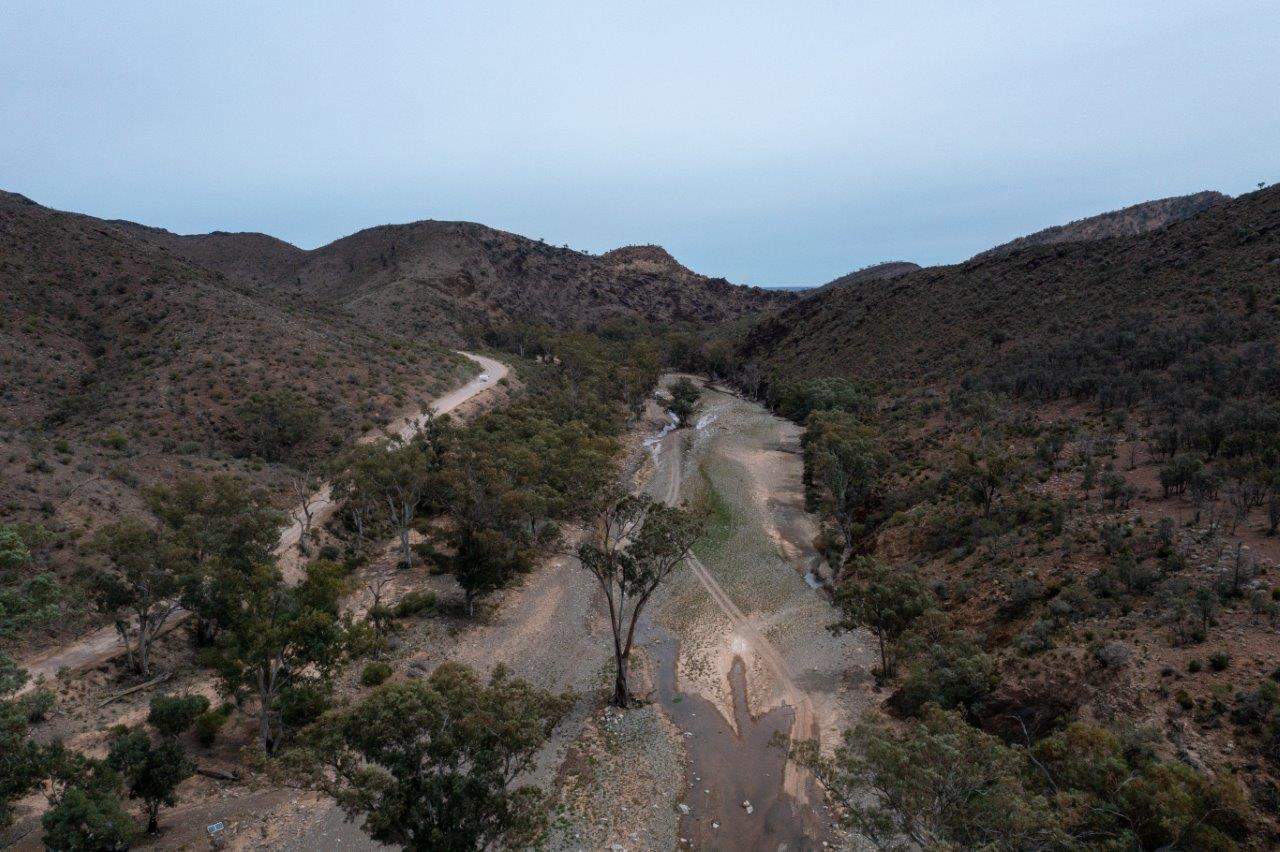 As I said earlier, this place is magnificent, and the way the scenery changes when you pull into the gorge is stunning. The early parts of the gorge seem to be the most picturesque, but you can drive for several kilometres through the Gorge and soak up the views in either direction.

We spent a solid half an hour driving around enjoying the views, and looking for a place to camp (of which there are many!). 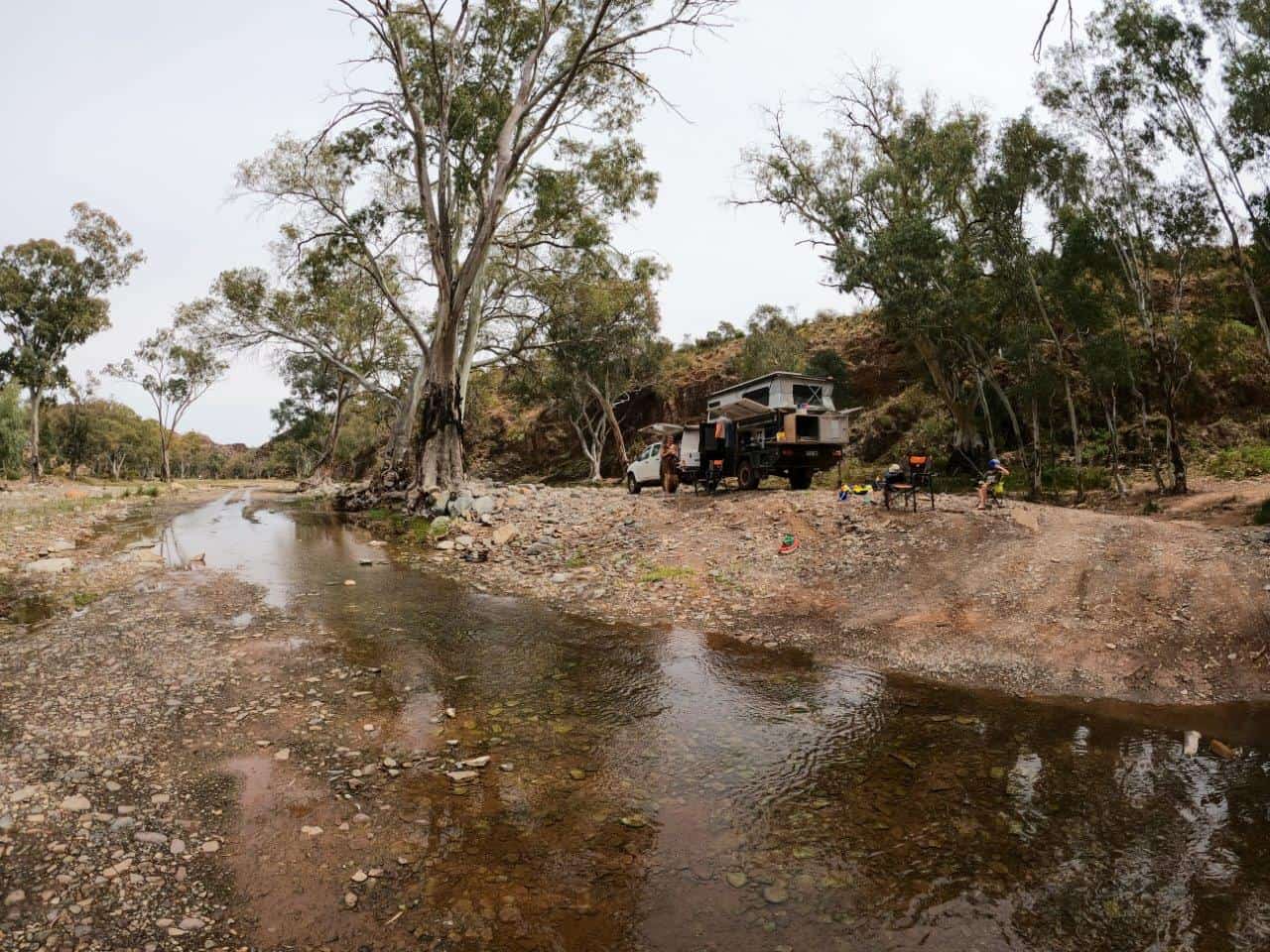 Our camp site at Parachilna Gorge was fantastic 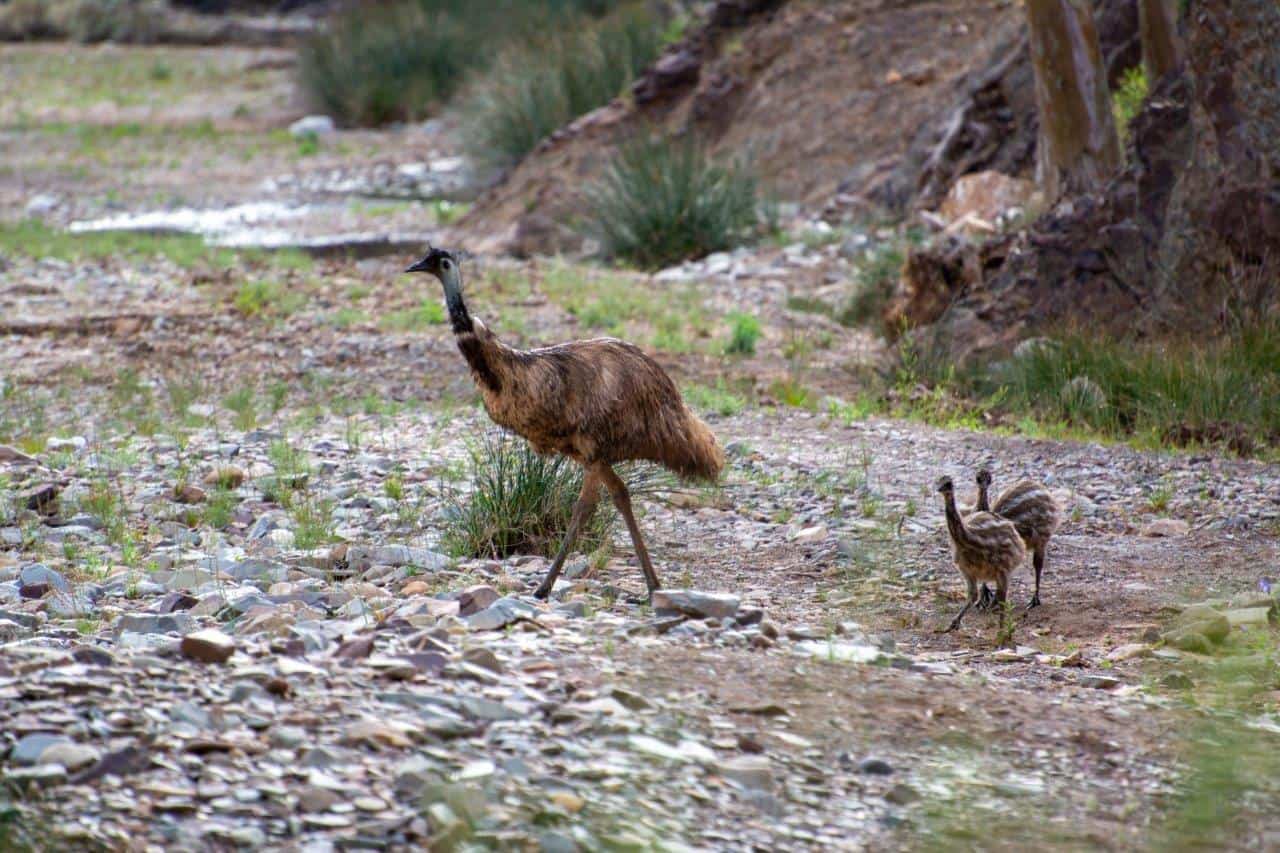 You should see a number of Emu’s walking around 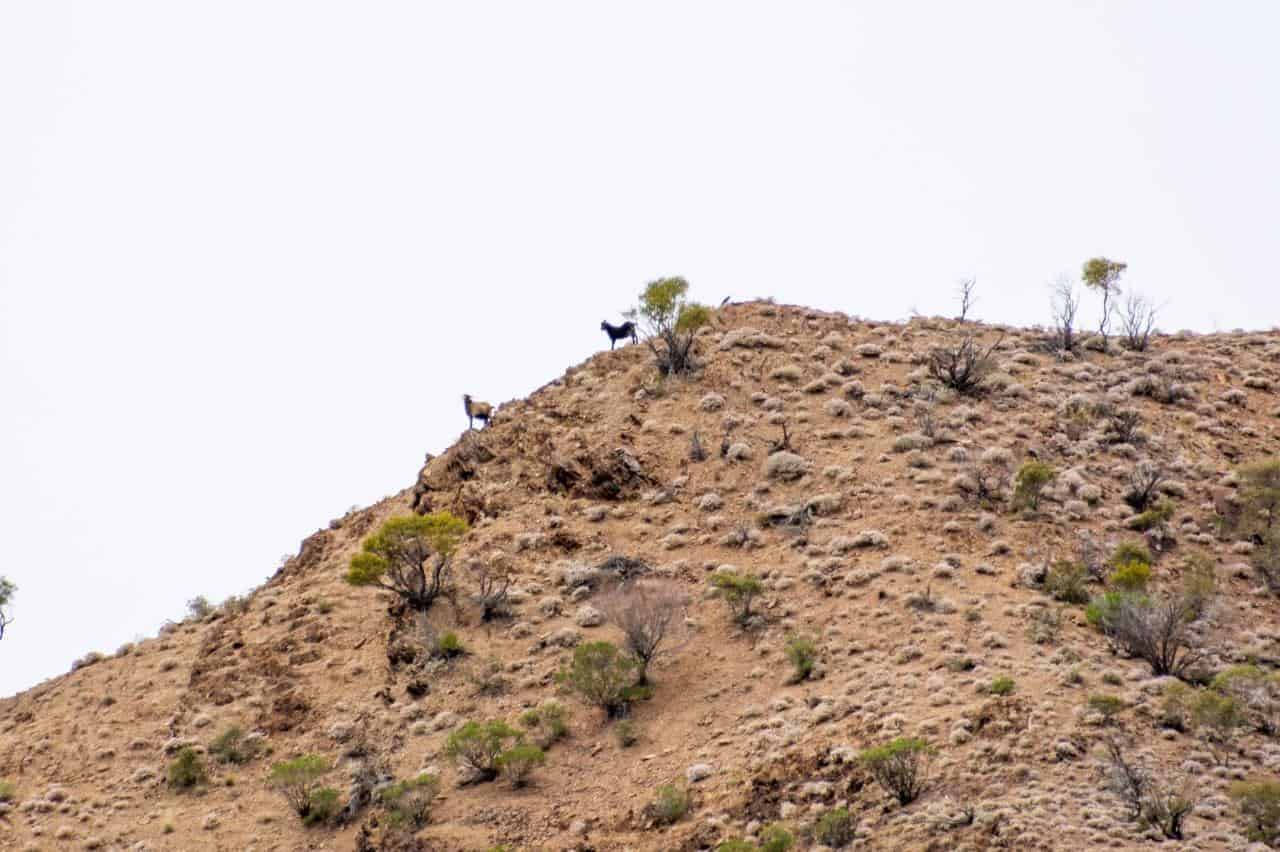 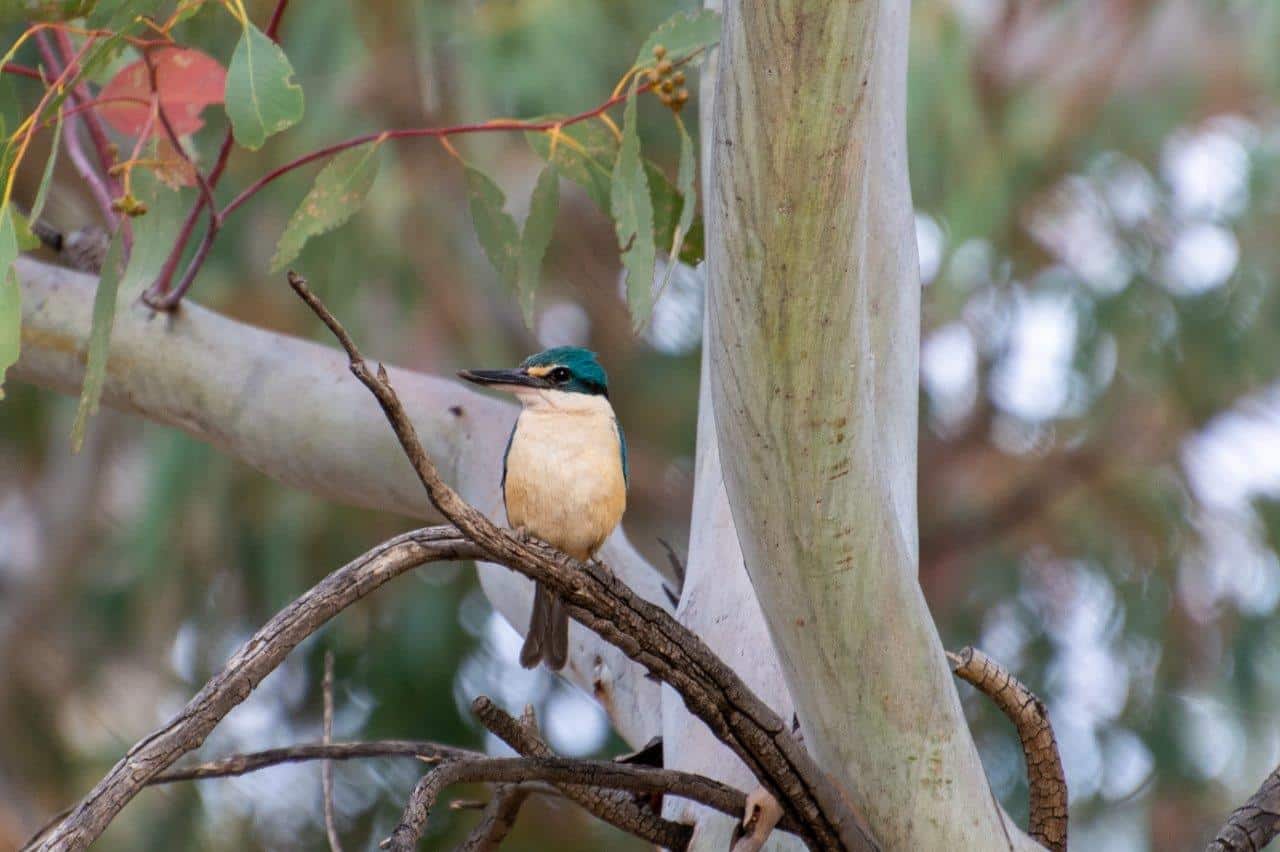 We saw some awesome birds too

Fuel and water nearby

If you need fuel, you can get it from Hawker, or from the Angorichina tourist village just up the road. Alternatively, Arkaloola and Wilpena has fuel too, but it’s a long way away. Fresh water seems to be a bit of an issue in the Flinders Ranges, with virtually no one allowing you to fill tanks up.

We managed to do nearly 3 weeks without filling up which is the longest we’ve gone, but it was touch and go as to whether we’d have to drive out and get more from somewhere!

This area is private property, but camping is permitted along a huge length of the gorge. Wikicamps lists 5 different camping areas, but the reality is there’s about 3km of camp sites that you can choose from. Some are in the river bed, some are on one side and some are on the other, and there are more tracks than you can poke a stick at. 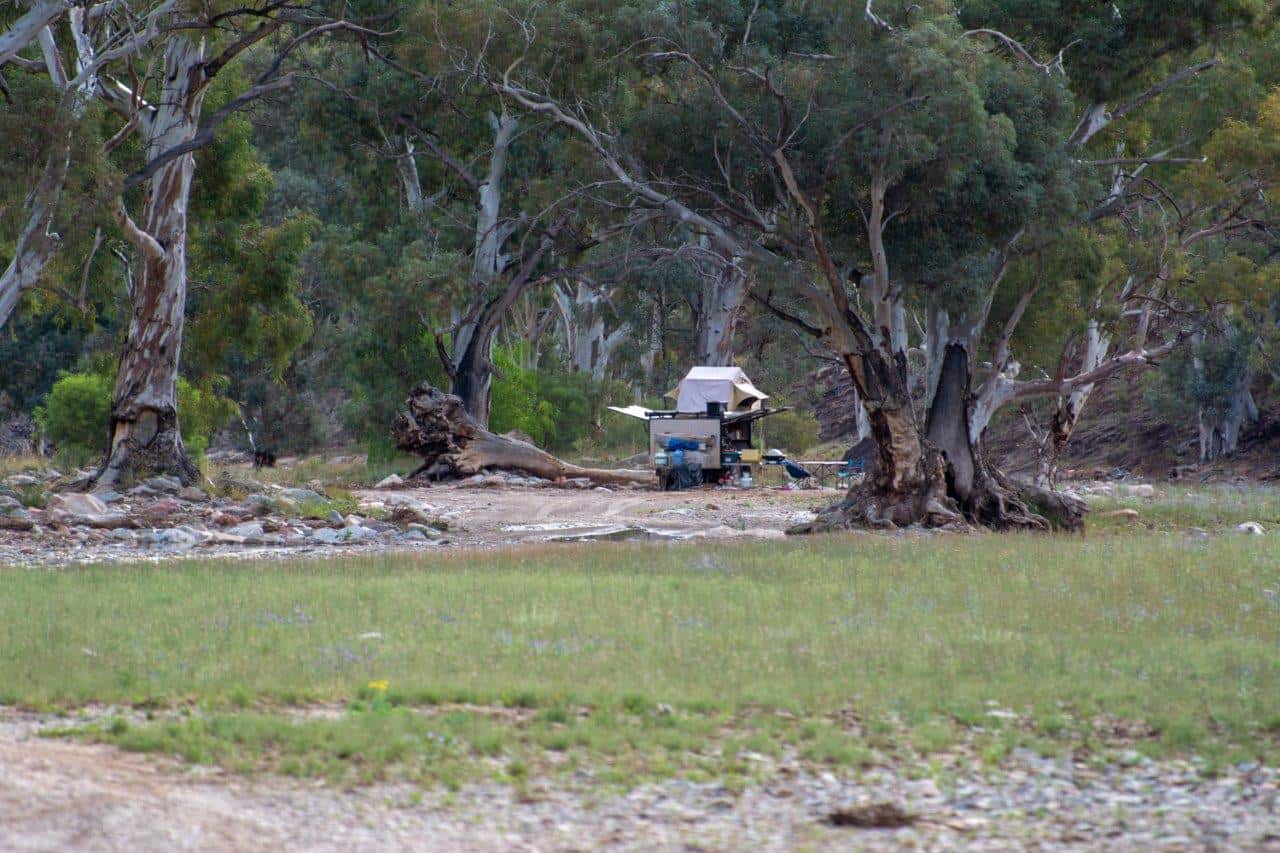 There are so many places you can camp at Parachilna 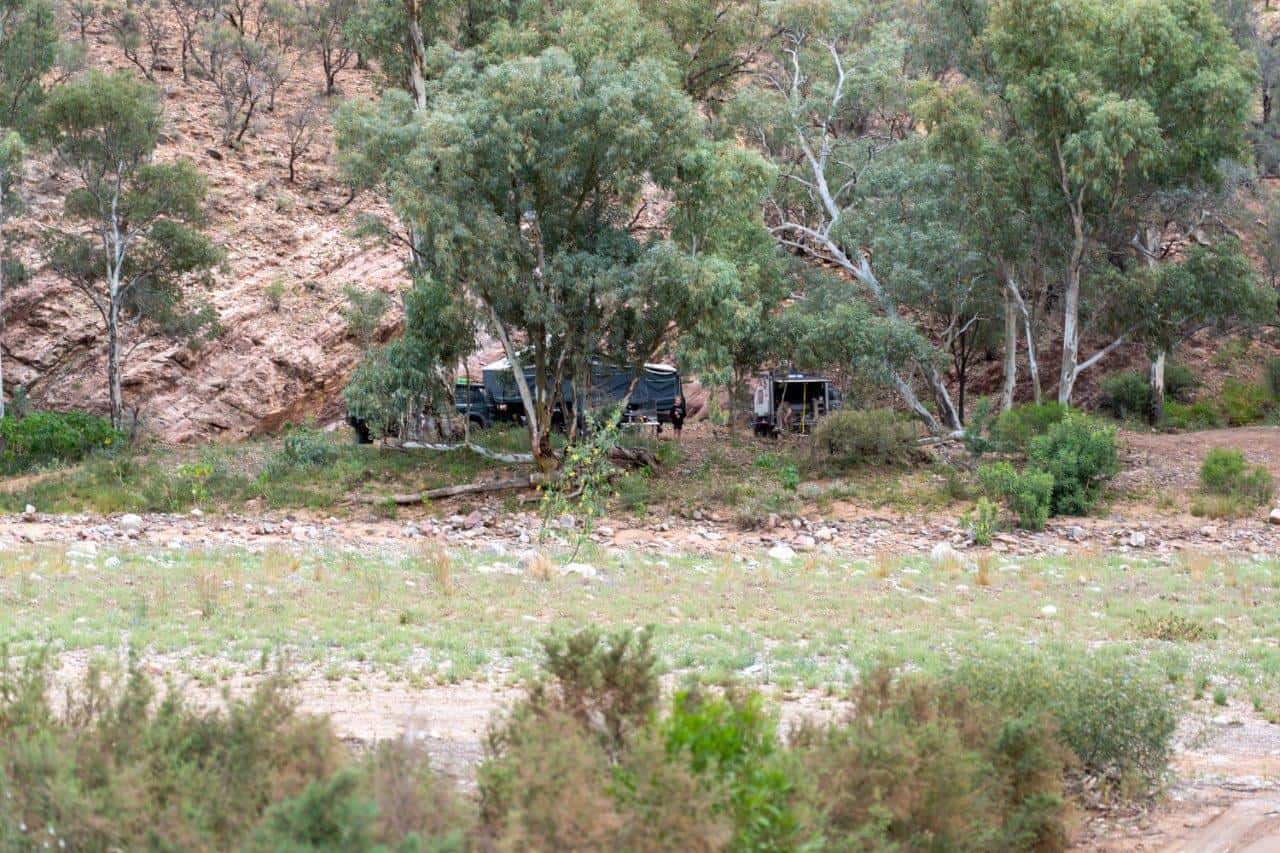 Some camp sites are really quite spectacular 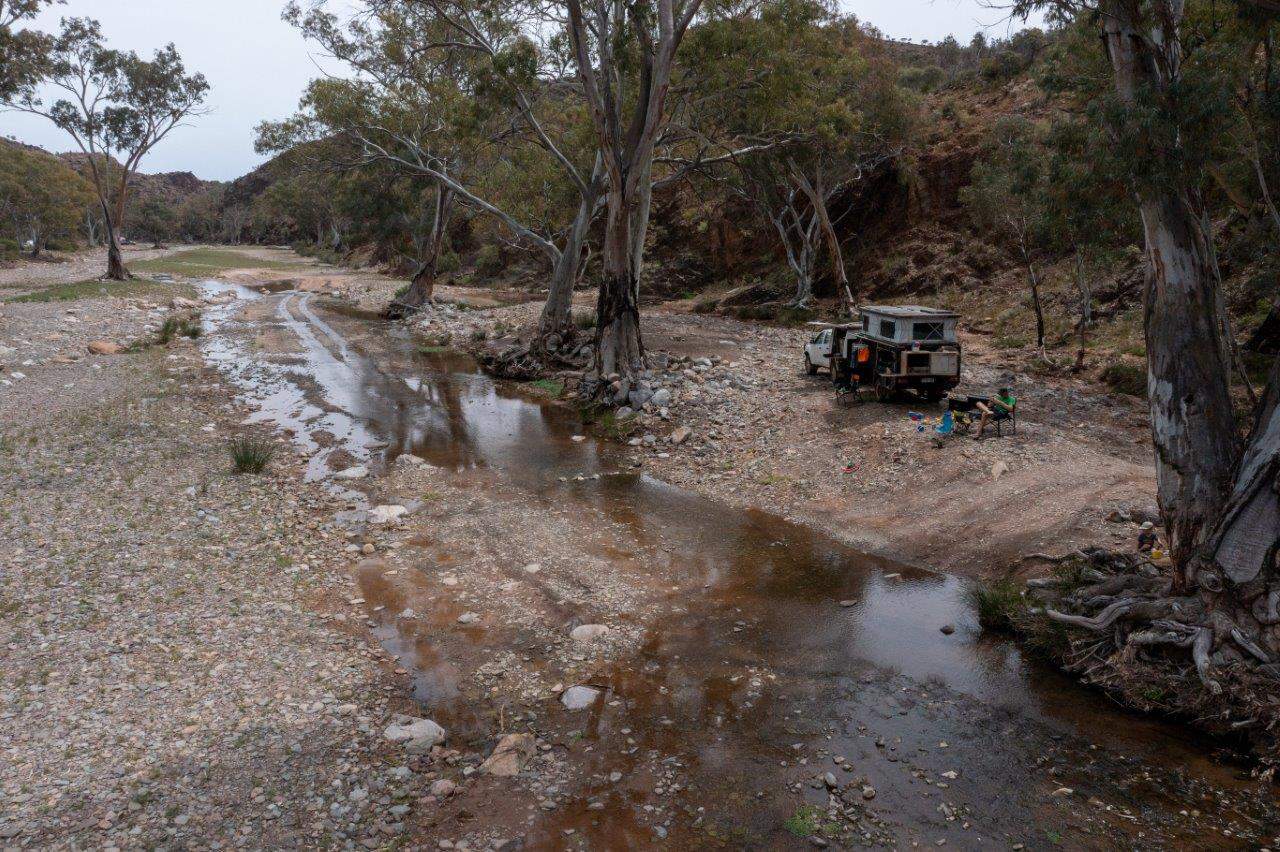 Whilst it is a free camp, there are rubbish bins at the entrance, with a donation box that we’d suggest you throw some money into. Camp sites like this are some of the best you’ll find in the area, and not having to pay a formal fee should be greatly appreciated. 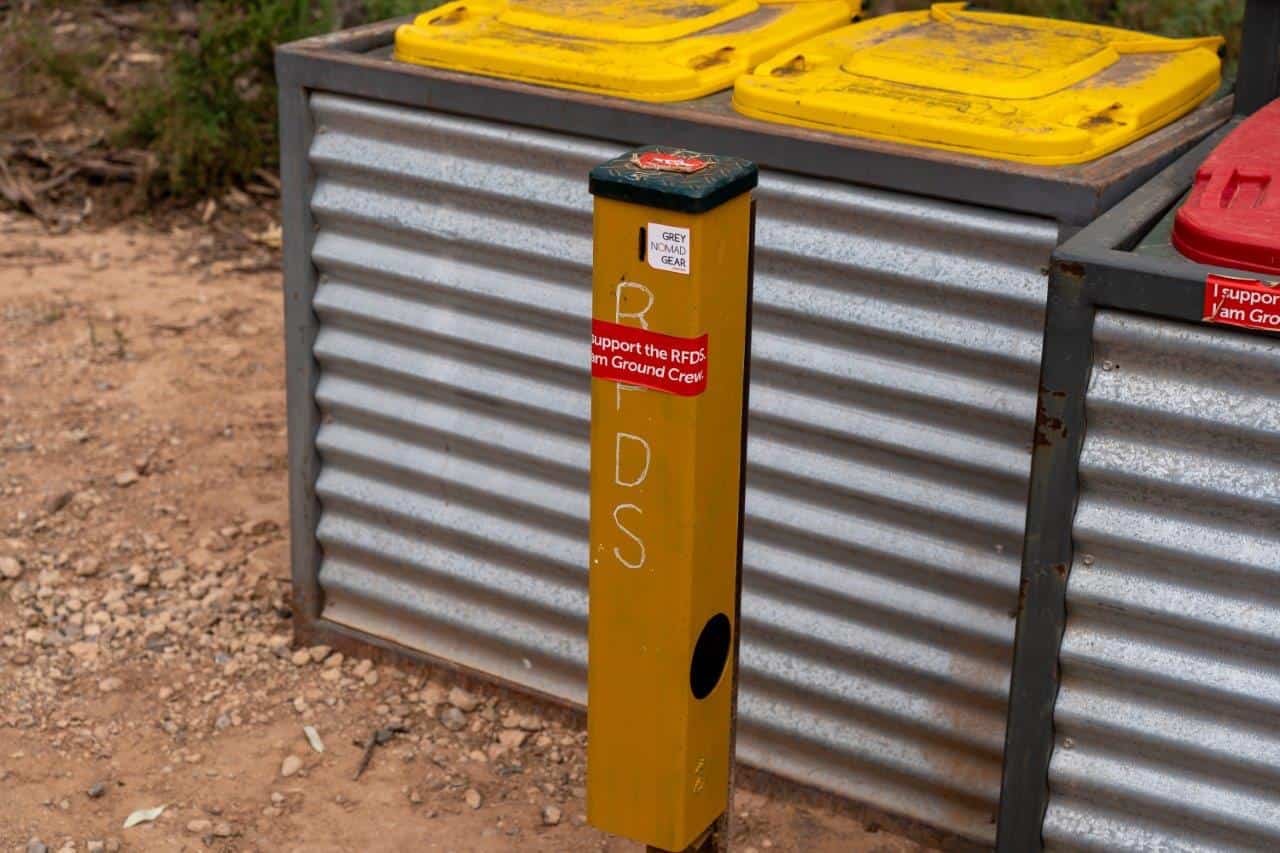 Put some money in the donation box; its the least you can do

It sounds like the money goes to the Royal flying doctor service anyway, so money well spent. We emptied a huge amount of silver coins into the donation box on our way out, and threw half a bag of rubbish in the bins.

If you read the comments on Wikicamps, one of the most common things mentioned is the lack of firewood, and I suspect it stems from so many people camping here. Don’t be an idiot and cut the timber at the base of trees; these are the roots, and are needed to keep the tree’s alive and standing (and not falling over on top of your camp!).

I’d suggest you bring your own firewood in, and leave the chainsaw locked in your setup, as the owner isn’t happy about people cutting timber up.

In terms of rubbish, there are a number of bins at the entrance, which you can use and split your rubbish. The recyclables can go in one bin, with everything else going in general waste. Do the right thing and leave zero trace here, and it should stay open for everyone else to enjoy in the future. 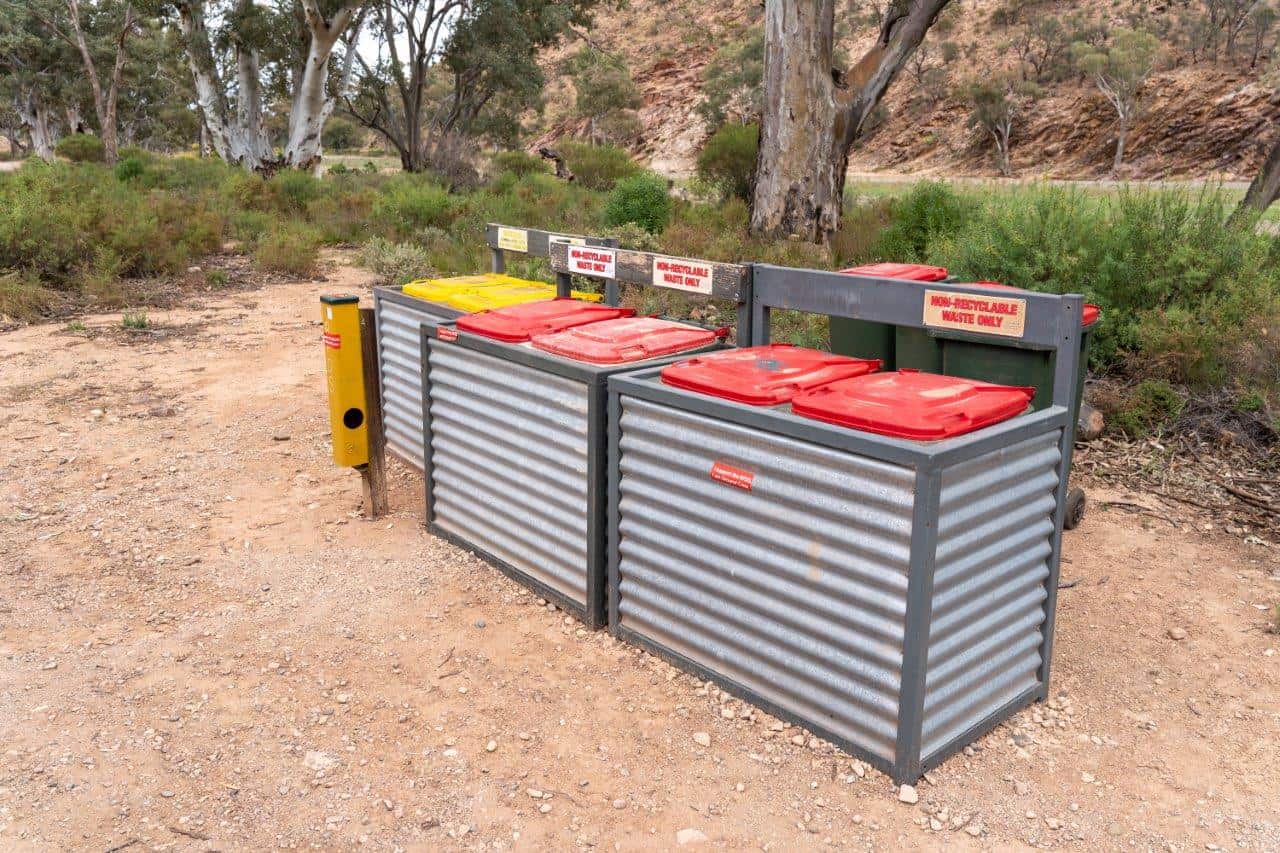 The rubbish bins on the way in 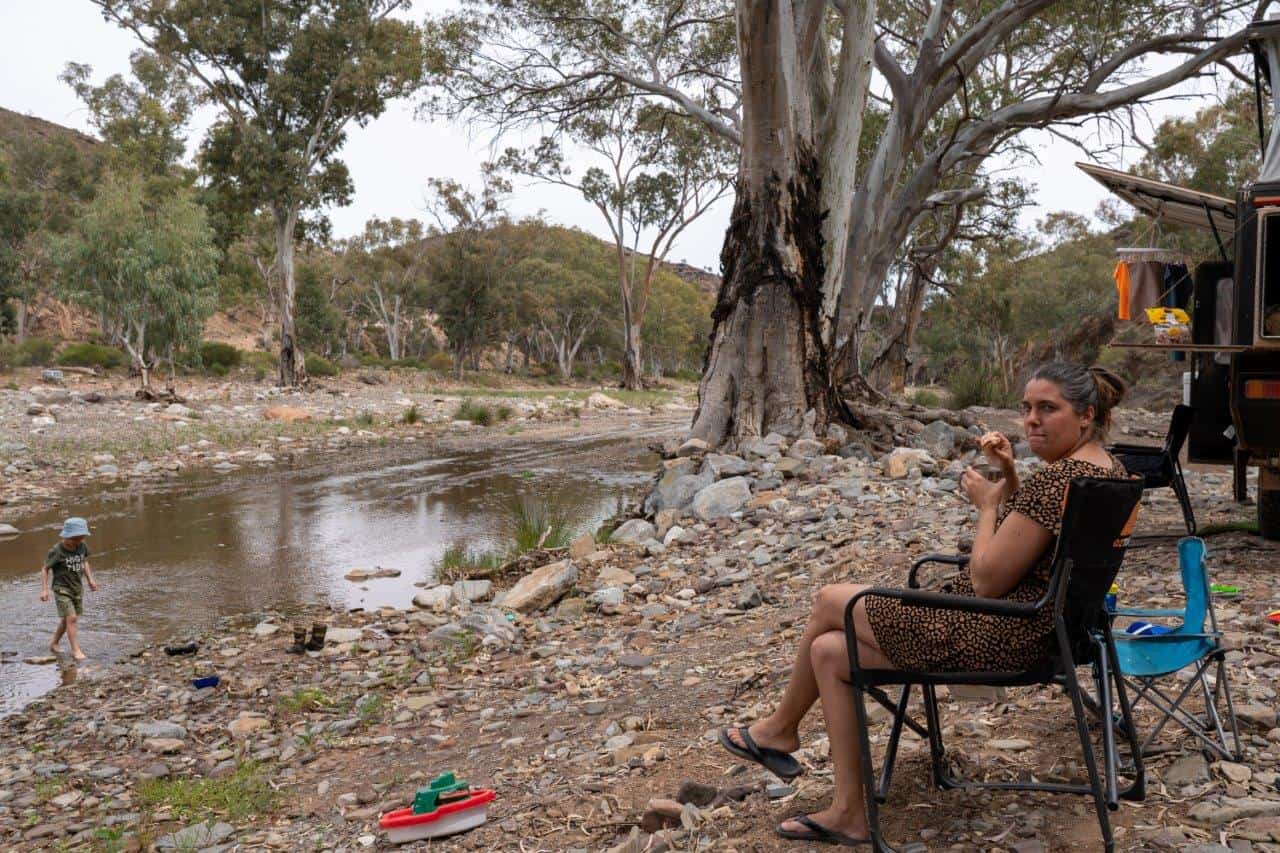 Keep the area pristine and it can stay open

If you are going to camp near the river bed, be very aware of what the weather is doing here, and nearby. After a bit of rain the dry river bed starts to flow very quickly, and its easy for rain to fall further upstream and you not be aware of it.

We camped a solid metre and a half above the river bed, and departed a few days before rain was forecast, but there were quite a few people still in the river bed and I hope they were watching the weather! 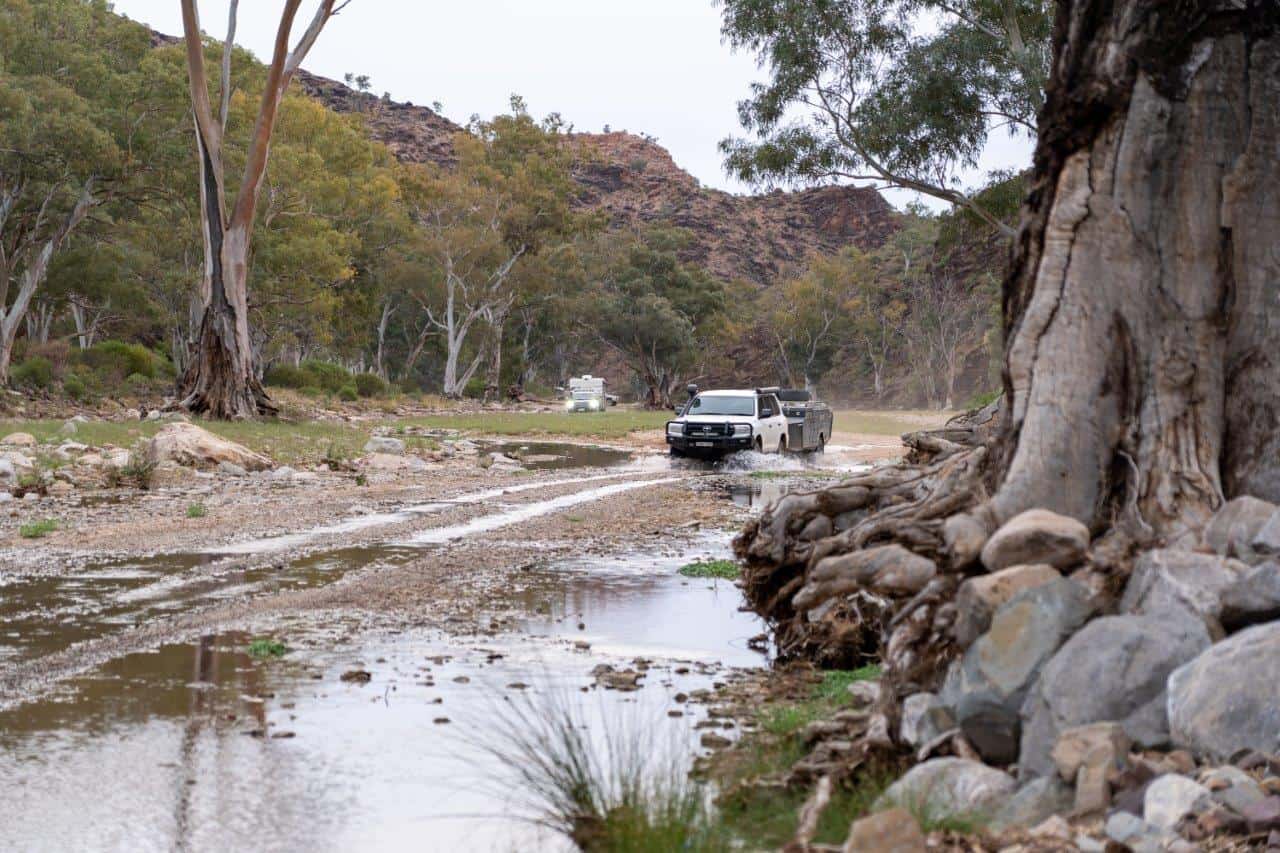 If you are going to camp in the river bed, make sure you are very well informed regarding the weather

If you are up for a bit of a scenic drive, you can head towards Moolooloo Station, through Glass Gorge. This is a fairly slow and windy drive, but the scenery is fantastic and eventually you’ll end up at Moolooloo Station. 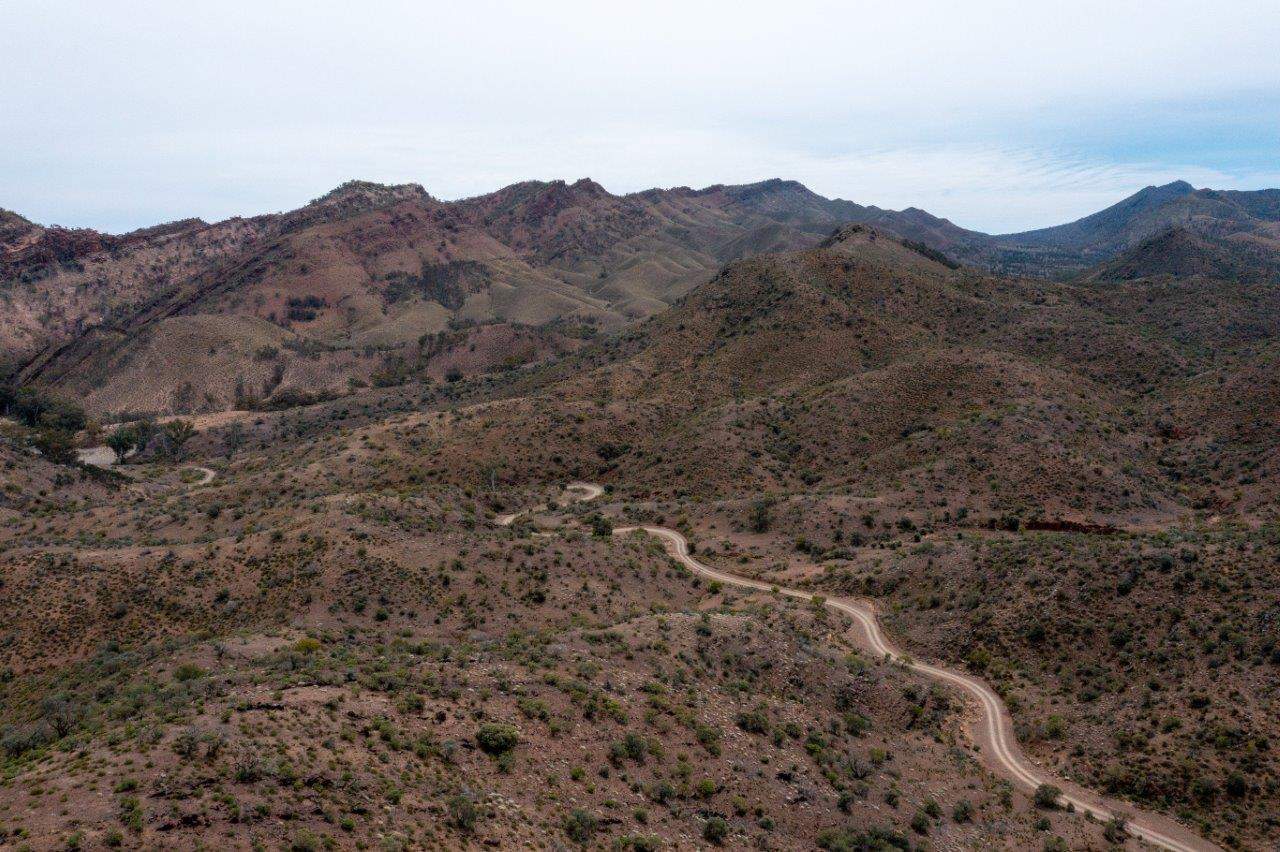 Overall, this place is stunning, and 100% worth a night or two. We’ve heard of people basing themselves here and driving around to do the various attractions in the area, which would work as well. There’s so much room, and the scenery is fantastic; check it out for sure. 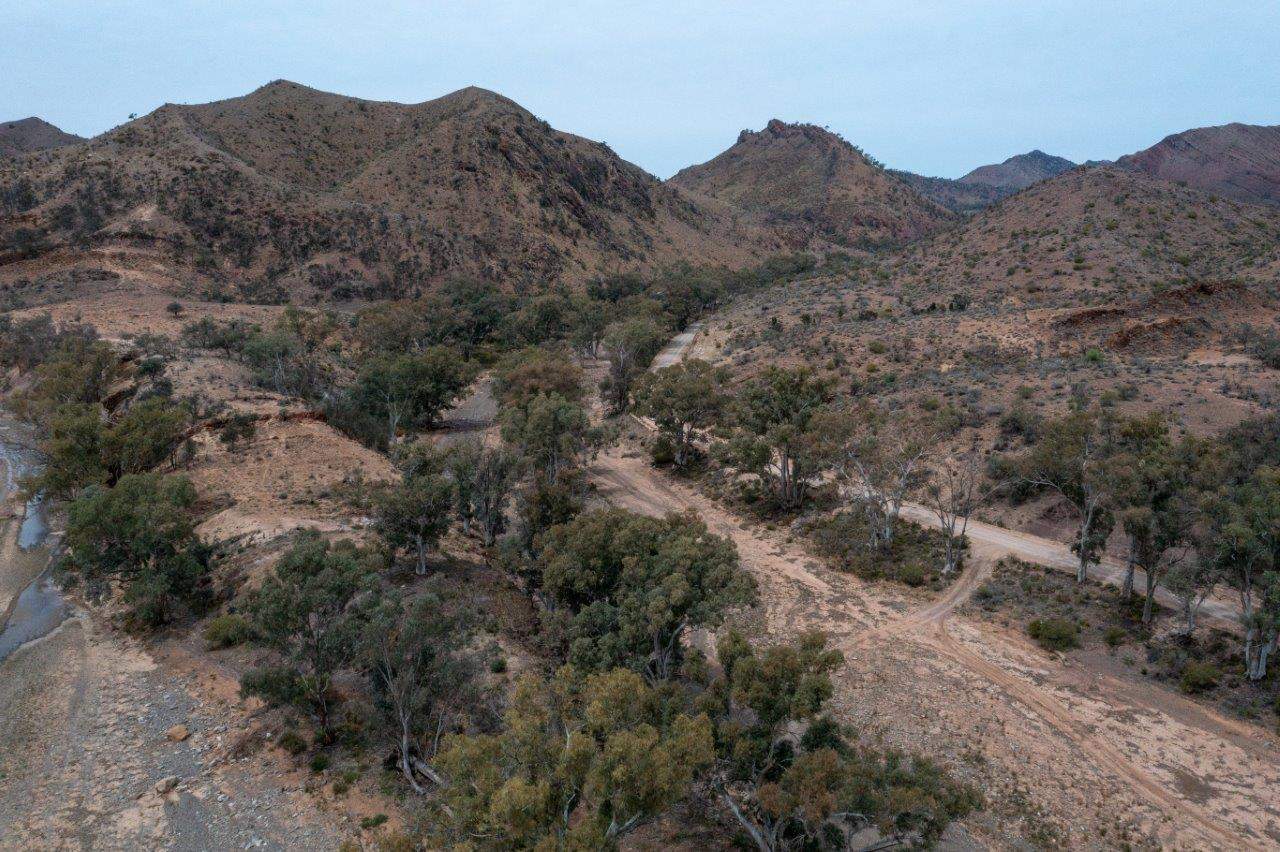 This is absolutely worth a night or two 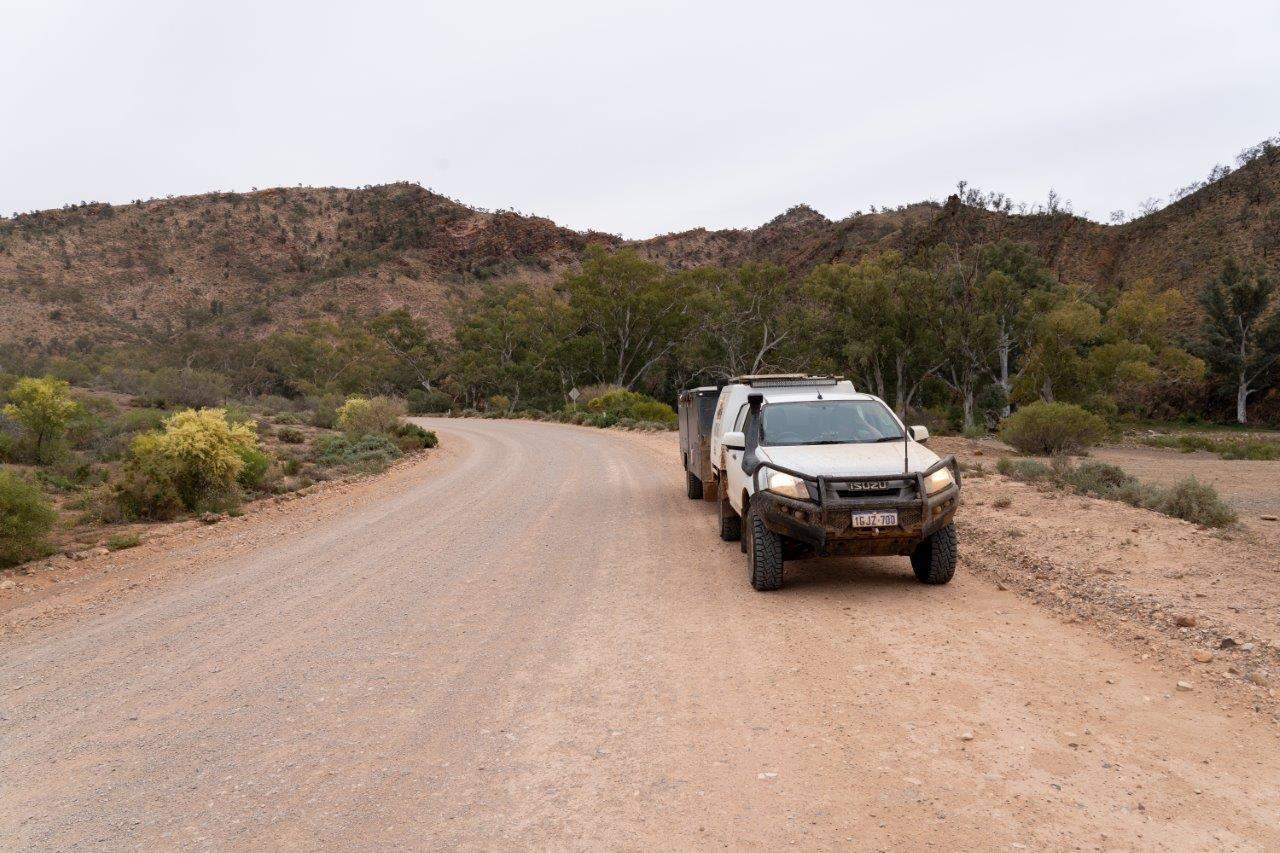