Point Labatt and camping nearby

The Eyre Peninsula has been a pretty amazing trip, and we’re slowly coming to the end of it. After a couple of nice nights at Walkers Rock near Elliston, we packed up and continued heading north.

We called in at the various attractions around Talia Cave, and debated whether to camp a night nearby or continue north, and ended up in Venus Bay, then Point Kenny, and finally out at Point Labatt, camping nearby at a place called Wrighty’s bayview, on Wikicamps. 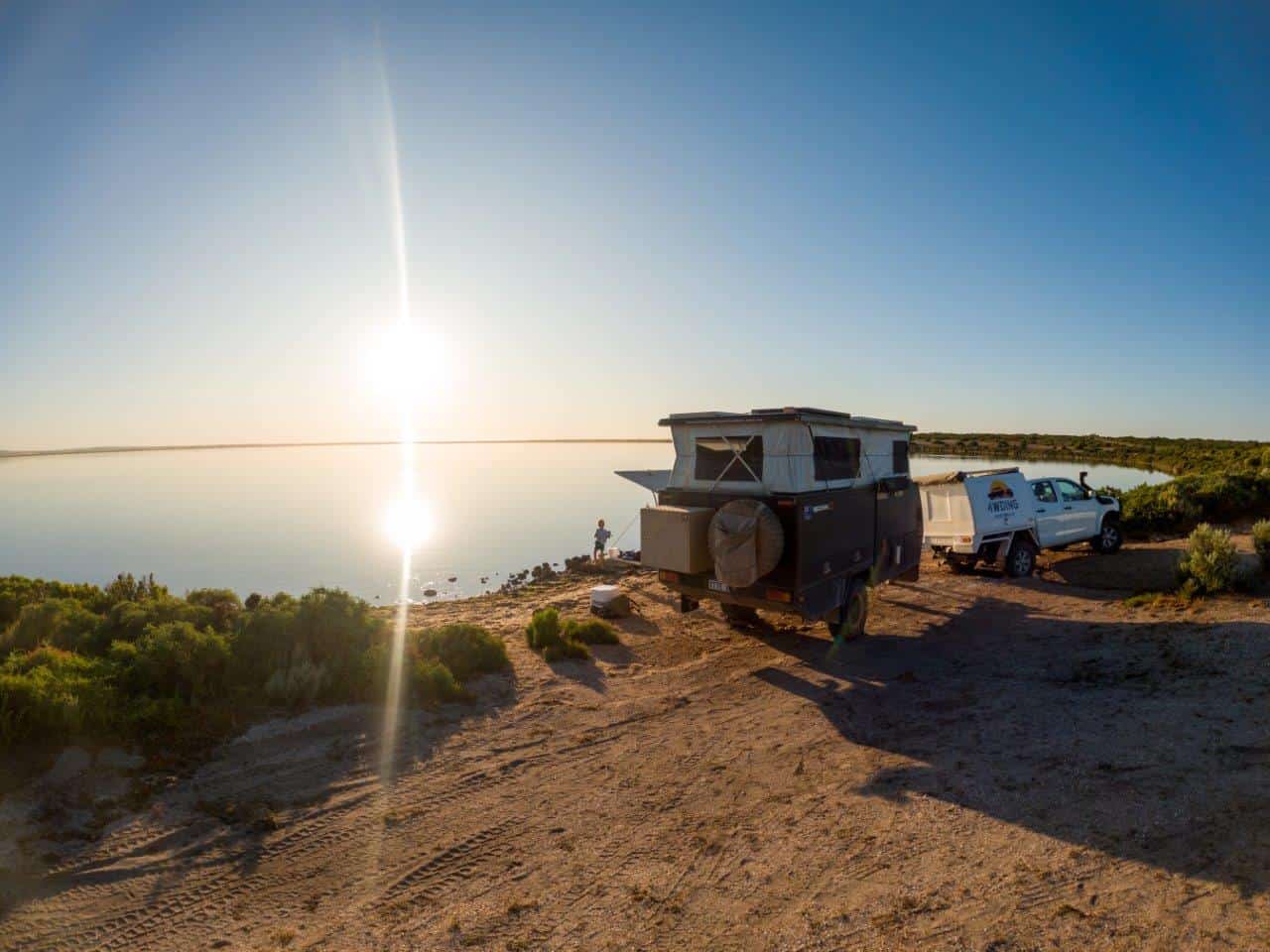 Our camp site on Baird Bay near Point Labatt 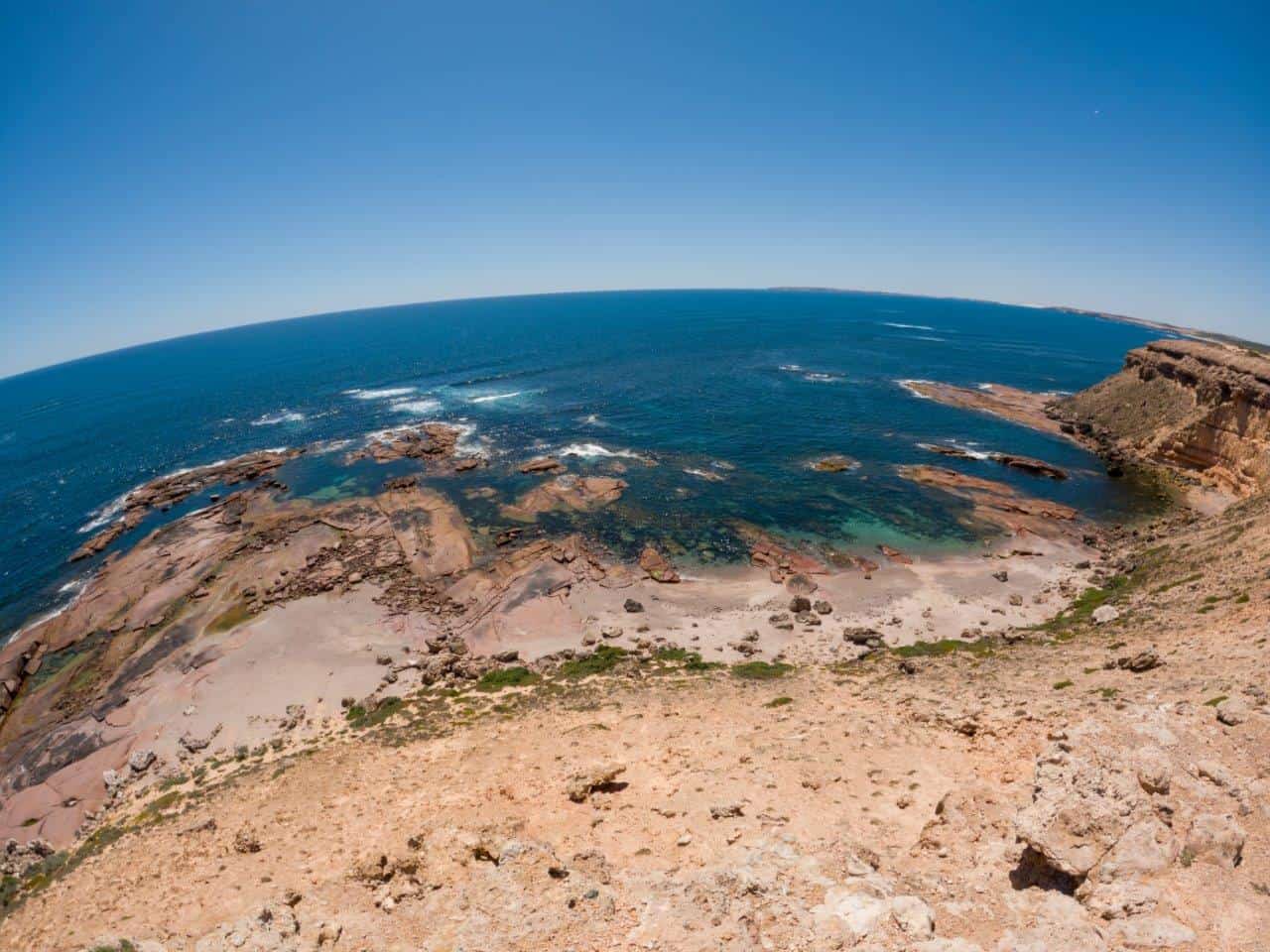 Point Labatt, from the lookout

Where is Point Labatt?

Point Labatt is roughly 40 minutes by car south of Streaky Bay, along a primarily bitumen road that turns into gravel for the last bit.

Is it 2WD accessible?

Yep, absolutely. The gravel past Murphys Haystacks is in good condition, as is the small amount coming down from Streaky Bay. With all gravel roads, drive to the conditions, and not like a small, red Mazda that nearly had a bad accident. We’d visited Point Labatt, and were heading back to camp, and had the above vehicle come past us the other way, in the middle of the road and fairly moving.

I did think gee, she’s moving a bit, but the thought soon fell away, until my parents called over the radio to ask if we were OK, and told us that the small red car had come around the corner and lost control on the wrong side of the road. Fortunately for them, they had yet to pull out otherwise they’d have been wiped out!

The main attraction to Point Labatt is the Sea Lion colony, and the sign actually tells you that its the largest Sea lion colony in the world, which is pretty amazing. You really need a decent zoom camera, or some binoculars to see them up close and personal, but there were more than 30 when we visited, and we sat there for some time watching some splash in the rock pools, others fight and plenty just lay there looking dead (they sleep most of the day away).

We saw a heap at Fowlers Bay as well, but this lookout is far easier to get to, and you’re almost guaranteed to see them. 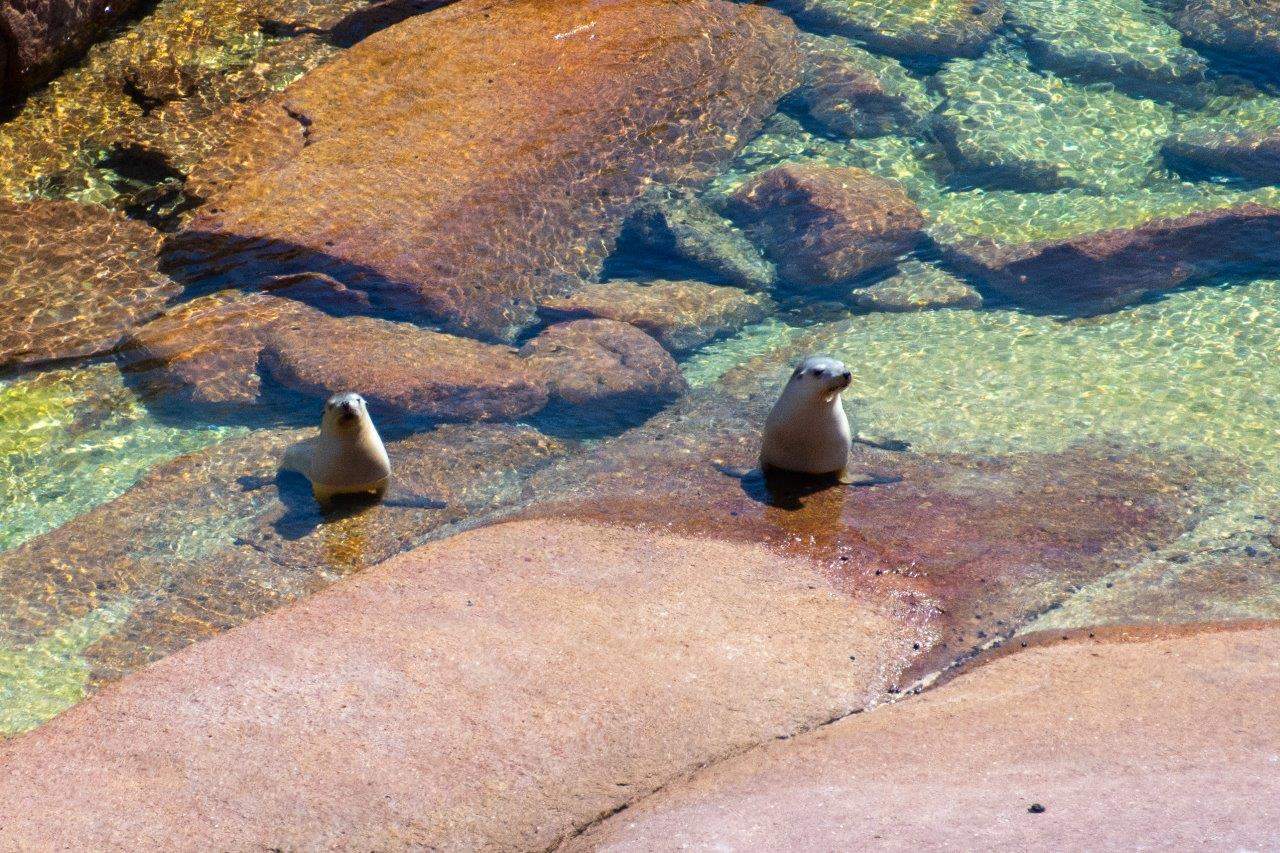 They swim, play and laze around 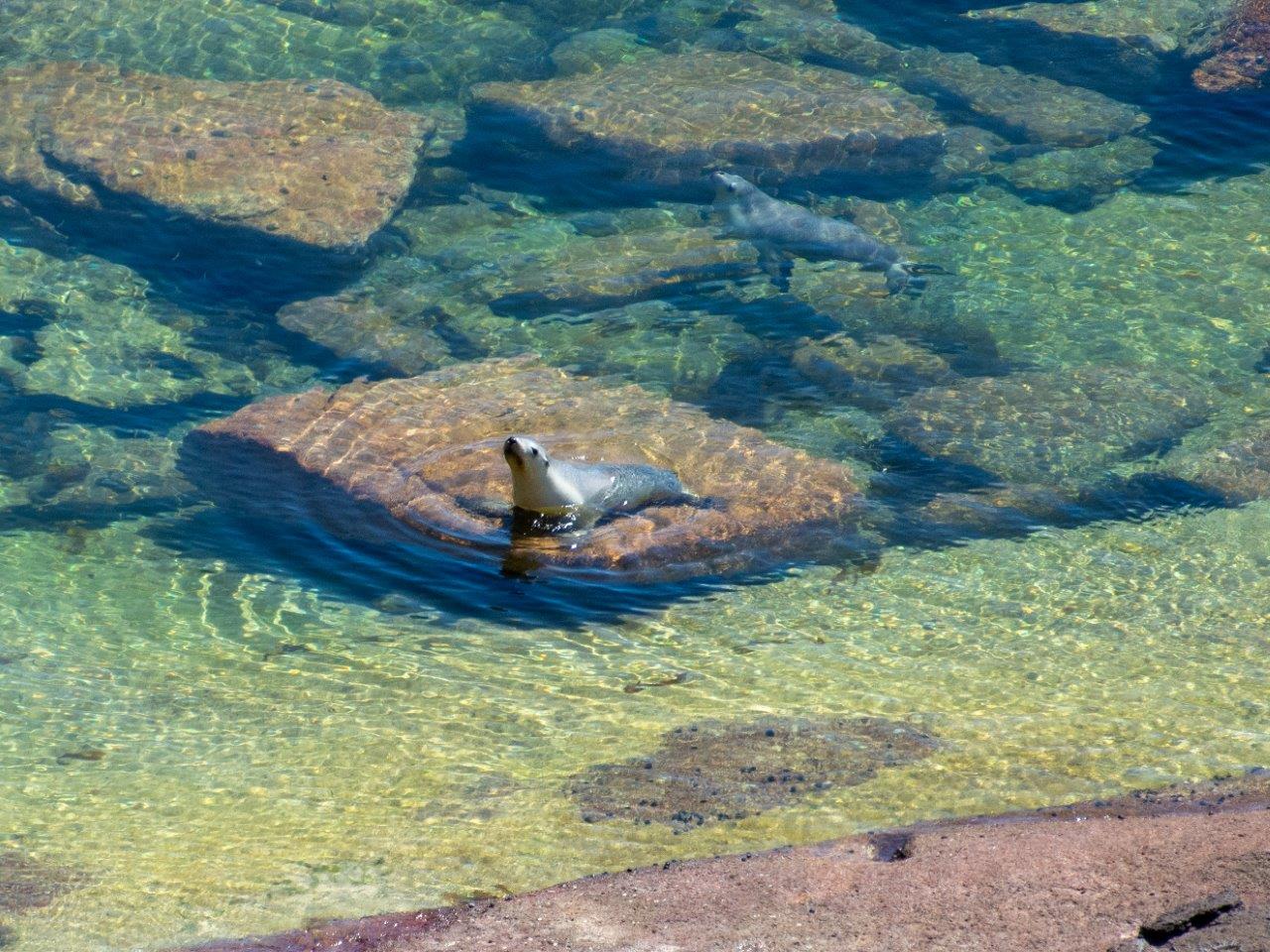 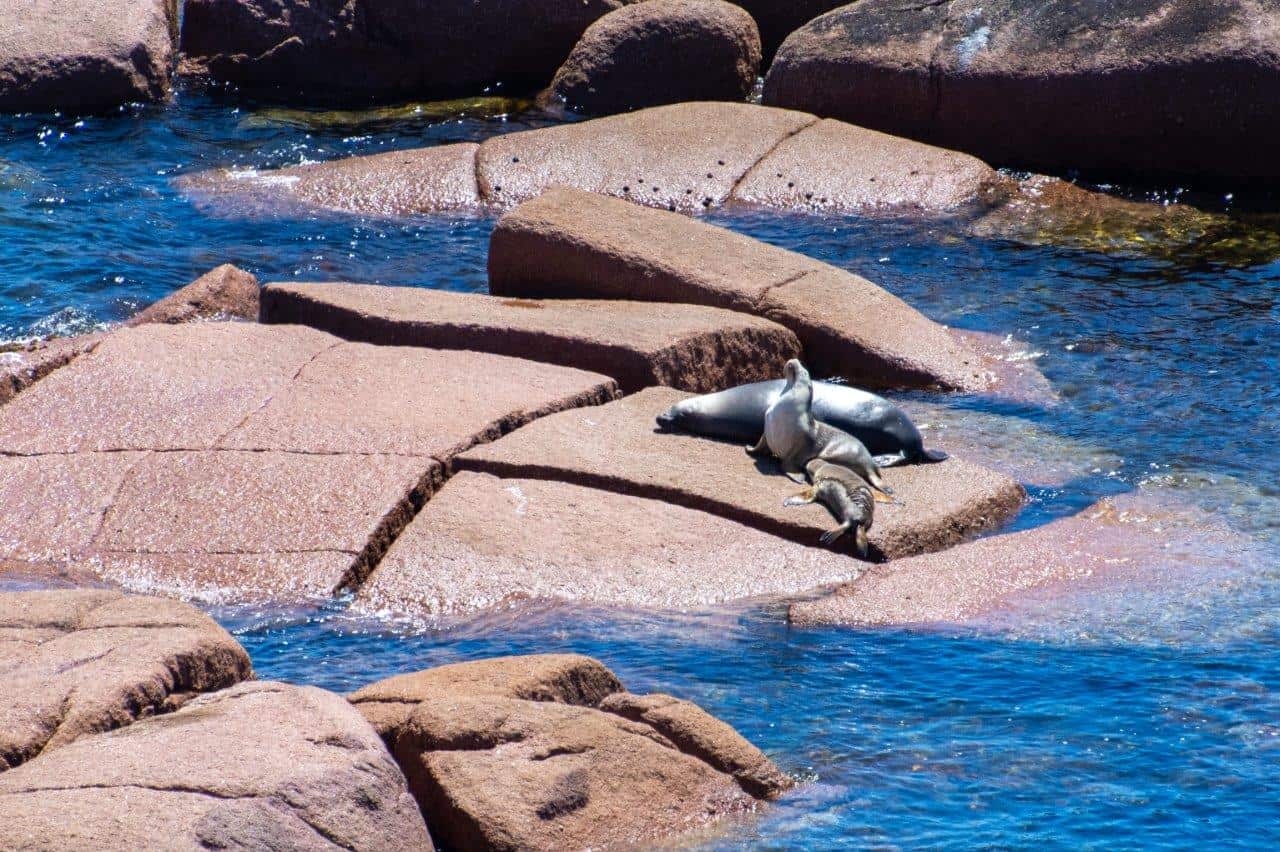 There’s some tiny ones, and some massive ones

On Wikicamps, there’s a couple of places that you can camp near Point Labatt. As mentioned above, we stayed at Wrighty’s Bayview, which is only about 5 minutes by vehicle to Point Labatt, and overlooks Baird Bay. There’s a few places you can stop here, with the area we stayed at having good access to the water, and with nice views.

These camp sites are completely free, with no amenities, so bring what you need, leave no trace and appreciate the area.

Our camp site at Wrighty’s Bayview 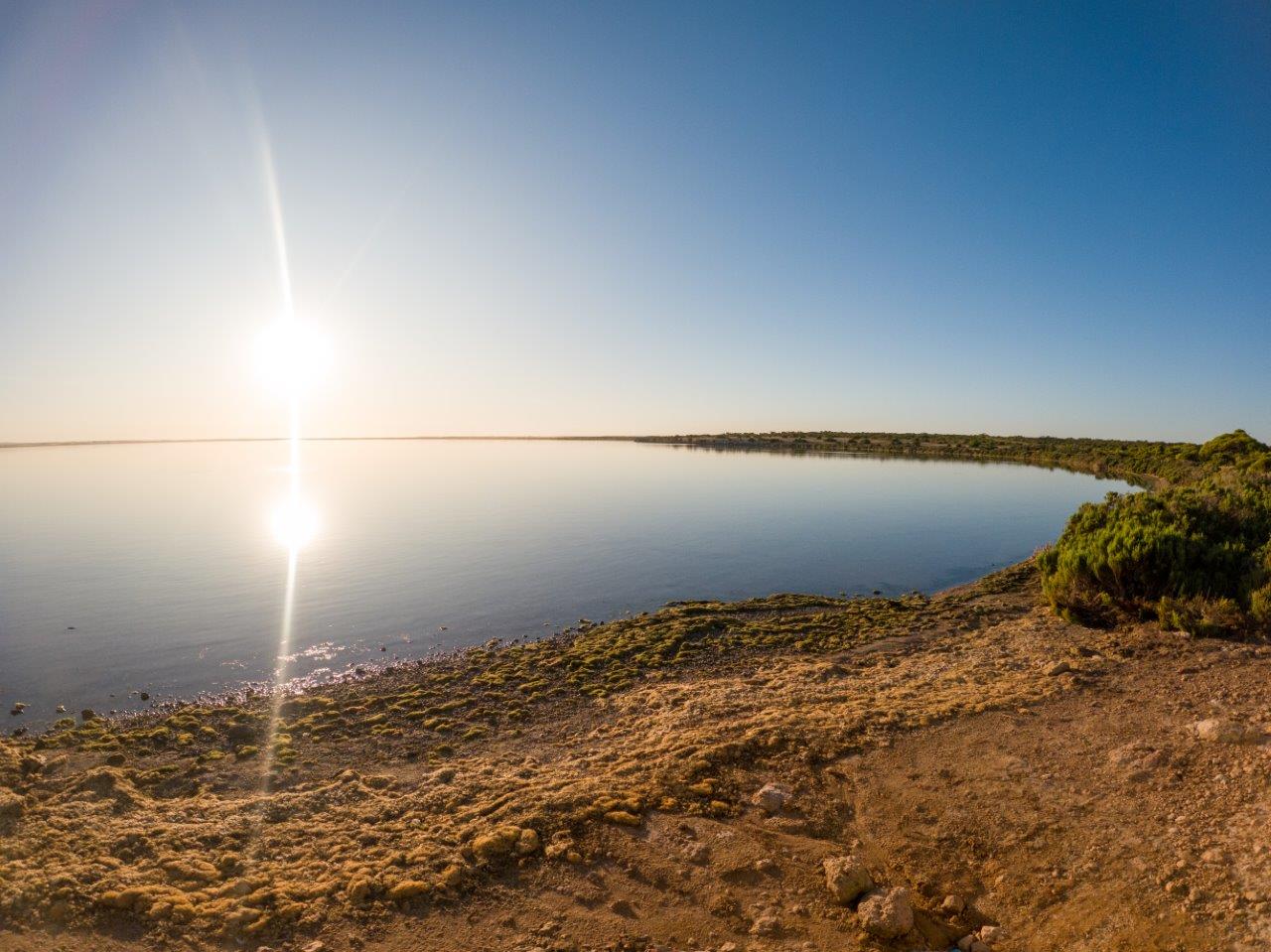 We woke to a stunning morning

We got chased out by bee’s and ants

Now, we could tell you this was the most amazing camp site ever, and you should go there, but we like to keep it real. Despite what we’d read, the camp site wasn’t that great. The water was nice and warm, but it had some pretty sharp rocks, lots of jellyfish and some weird water lice that loved to cling onto you. We had a dip, but weren’t too keen to go back in.

Even more annoying though, were the small ants that were literally everywhere, and then the bee’s. The latter are friendly and will leave you alone, and just want water, but once a few find some, the rest of the colony comes and it just keeps growing. I shut our kitchen with a few inside until it got dark, just to stop more coming and filling our cooking area.

The ants bit Sarah a lot, me a bit and I found myself constantly running into the water to get rid of them all over my feet. All in all, not very pleasant, and we’d probably not stay in this spot again! 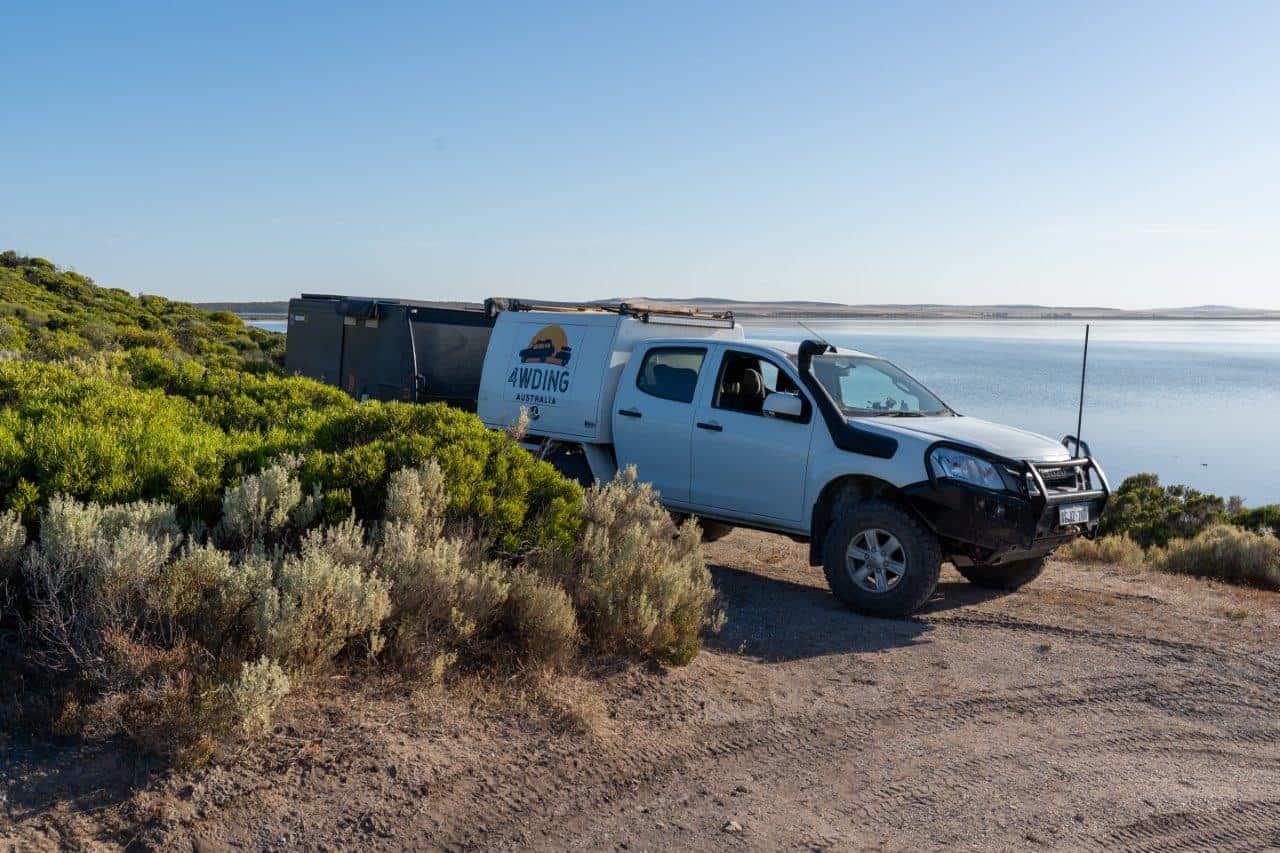 The looks can be deceiving; we had thousands of ants to contend with, and a number of bees

On the contrary to the above experience, we found some rock pools off a 4WD track that were absolutely magic. Call me a wuss, but I’ve discovered the only way to have a comfortable swim in the South Australian waters without a wetsuit is to find yourself a rock pool that has been warmed by the sun for some time!

Rock pools we did, with a huge number of them that the kids loved splashing around in, and we even managed to kick back in a few different shaped ones and enjoy the beach. 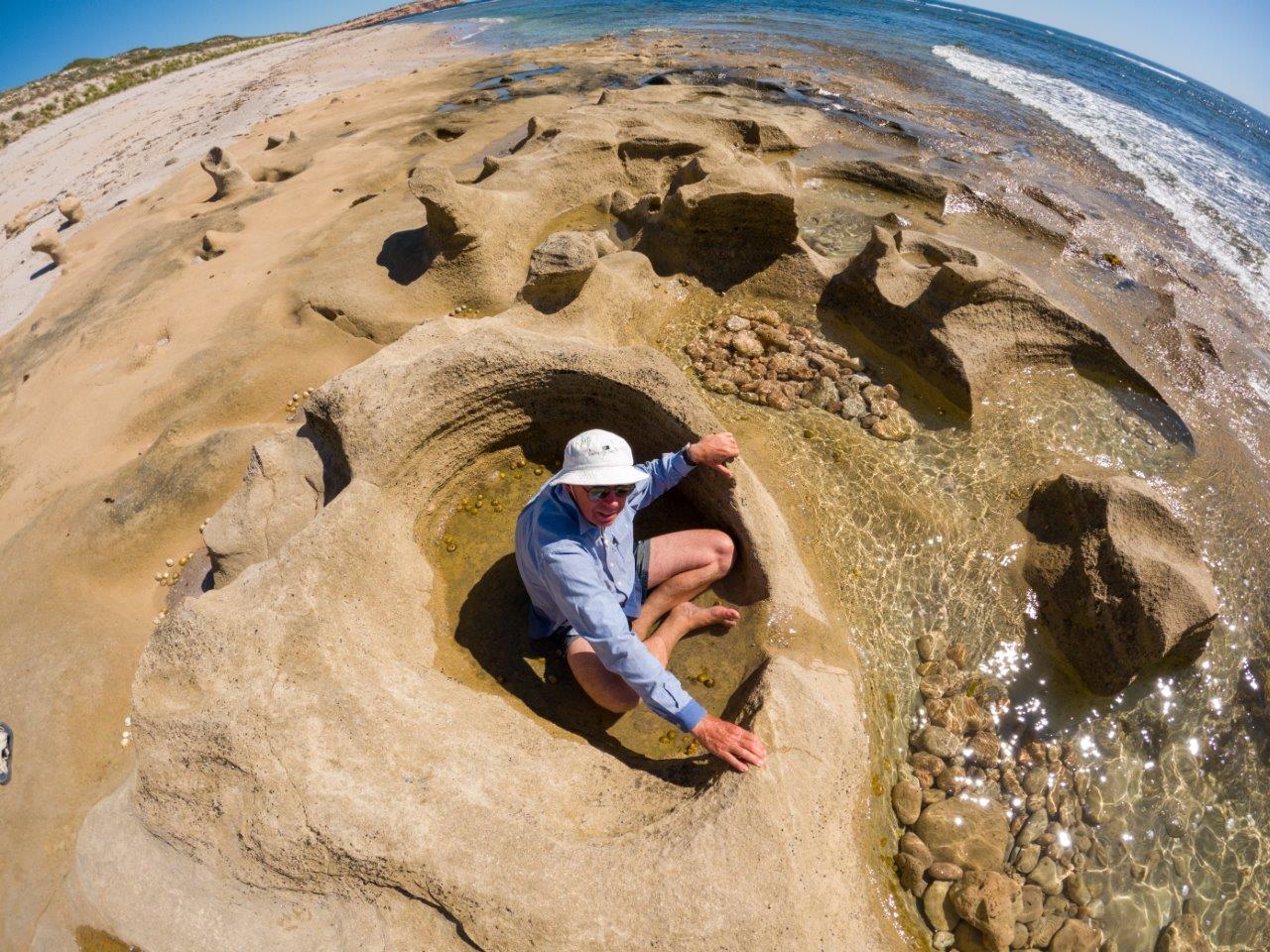 There’s a heap of rock pools around on the beach

All in all, Point Labatt is a great place to visit, but we’d probably skip the camping and keep moving on next time, as there are much better camp sites in South Australia.