We love a good free camp, and sometimes you jag ones that are the best of everything. However, I’ve been thinking about what cost you, or someone else pays when you stay at a free camp after a recent discussion with Sarah on the way to a free camp regarding fuel economy and costs.

We do a mixture of free, low cost and more expensive camp sites, and like it this way. When you are travelling, camping fees are one of the largest expenses, and cutting it down will save you a huge amount of money.

I like to think we don’t go out of our way to stay at free camps, but was fascinated by the costs of staying at them, even if you don’t physically pass money on for the privilege. 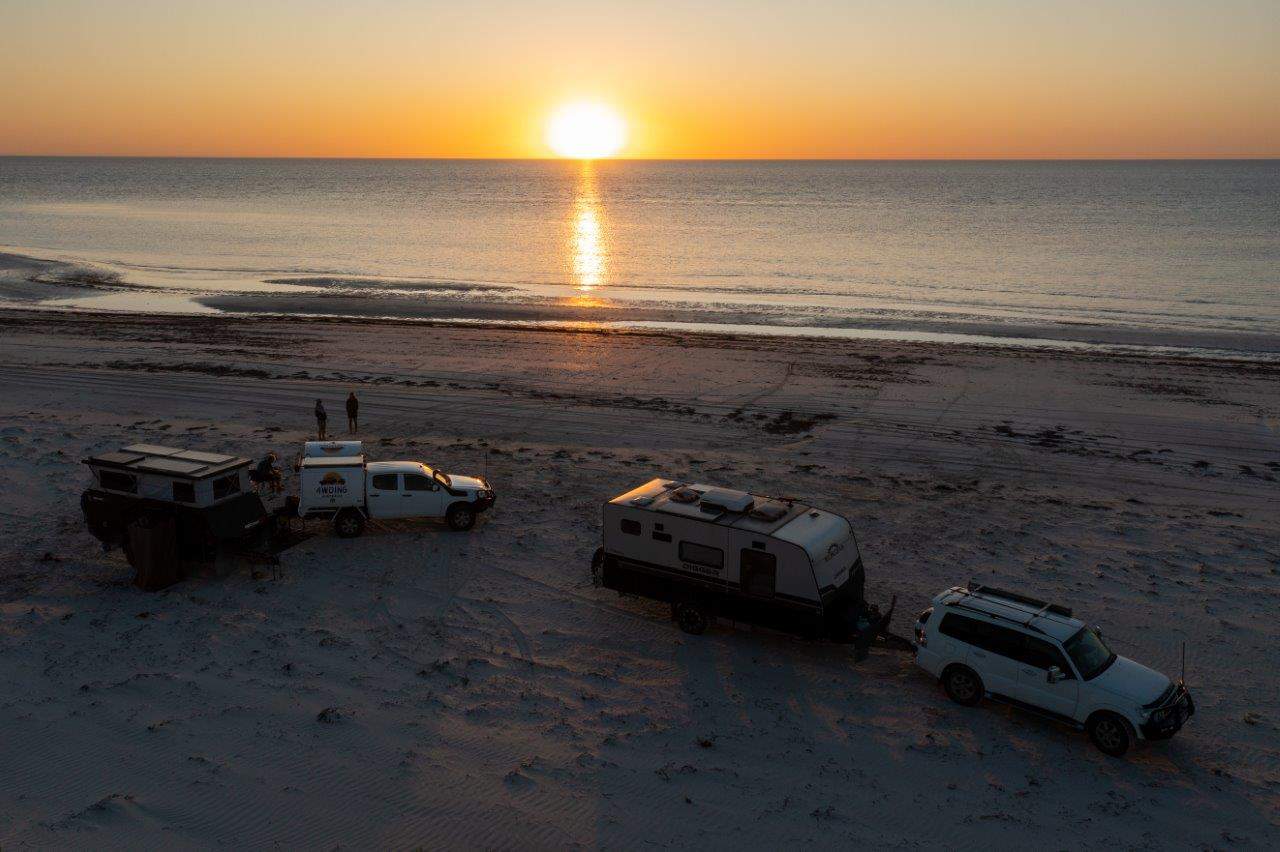 Free camps are amazing, especially in places like this

In fuel, and wear and tear

On our way from Wilmington to Whyalla, Sarah had planned for us to stay at a rest stop on the edge of the road. We arrived there at just after 12PM with the rain pouring, wind blowing a gale and the camp was fairly close to the road with no room to get away.

I said to Sarah, do we really want to spend the next 7 hours here sheltering from the rain? It’s not even a nice place to camp; lets go to the coast and at least do some exploring, and hope for some gaps in the weather.

It didn’t take long for her to agree, so we pushed on towards Whyalla, and then took a turn away from it up towards Fitzgerald Bay. In total, we added 44km onto our trip, and then did at least that driving around exploring the camp sites. 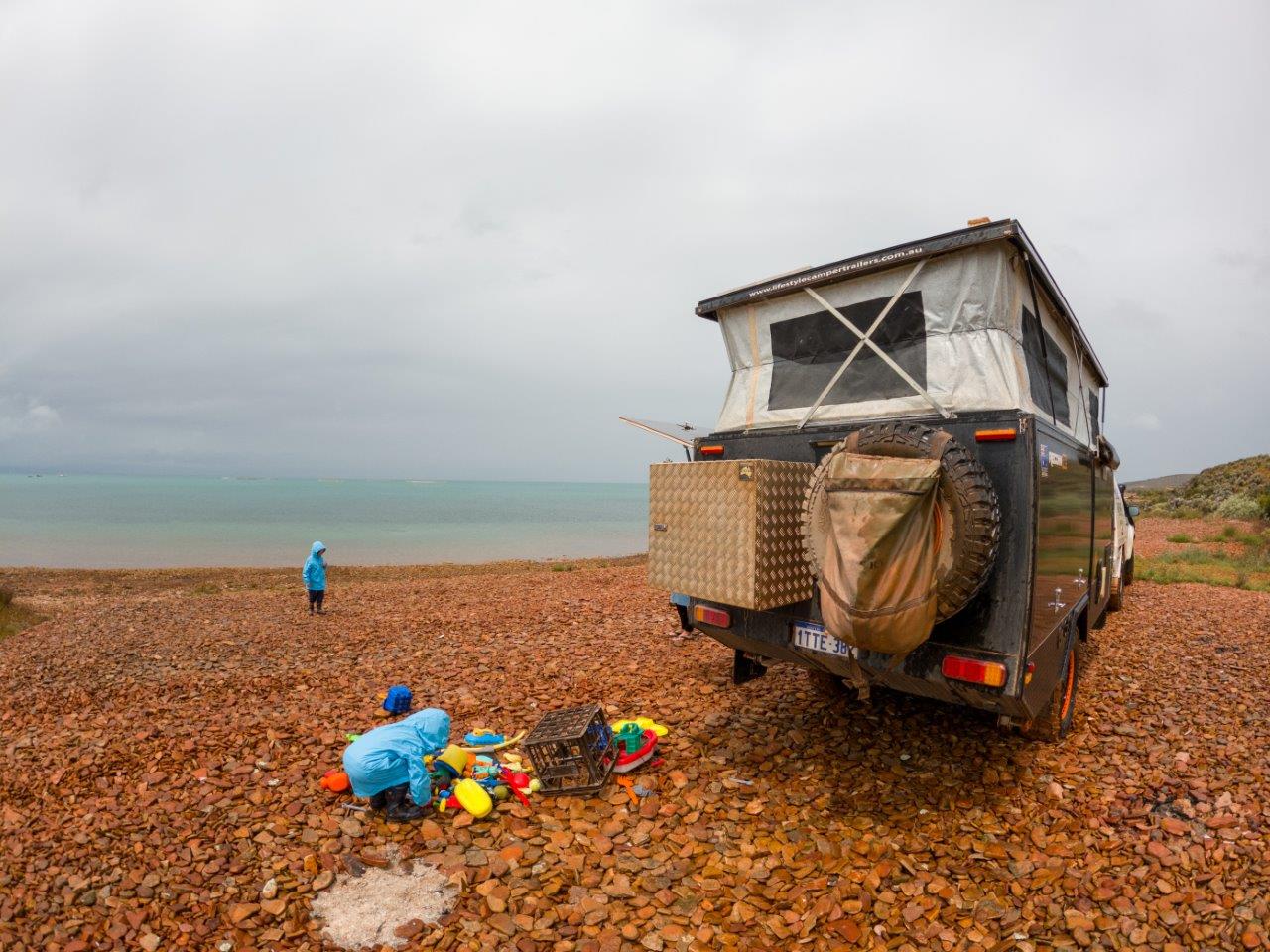 We scored an amazing camp site at Queen B

The next day we did a heap of driving around Fitzgerald Bay and Point Lowly, and probably ended up doing about 130km extra (and we’d planned to come back out here at a later date), so roughly $45 extra in fuel, plus the wear and tear on your vehicle. If you haven’t seen our 5 year Dmax cost post, we ended up spending about $1.17 a kilometre, so it adds up!

If you look at it that way, the free camp plus driving around it ‘cost’ us $152! 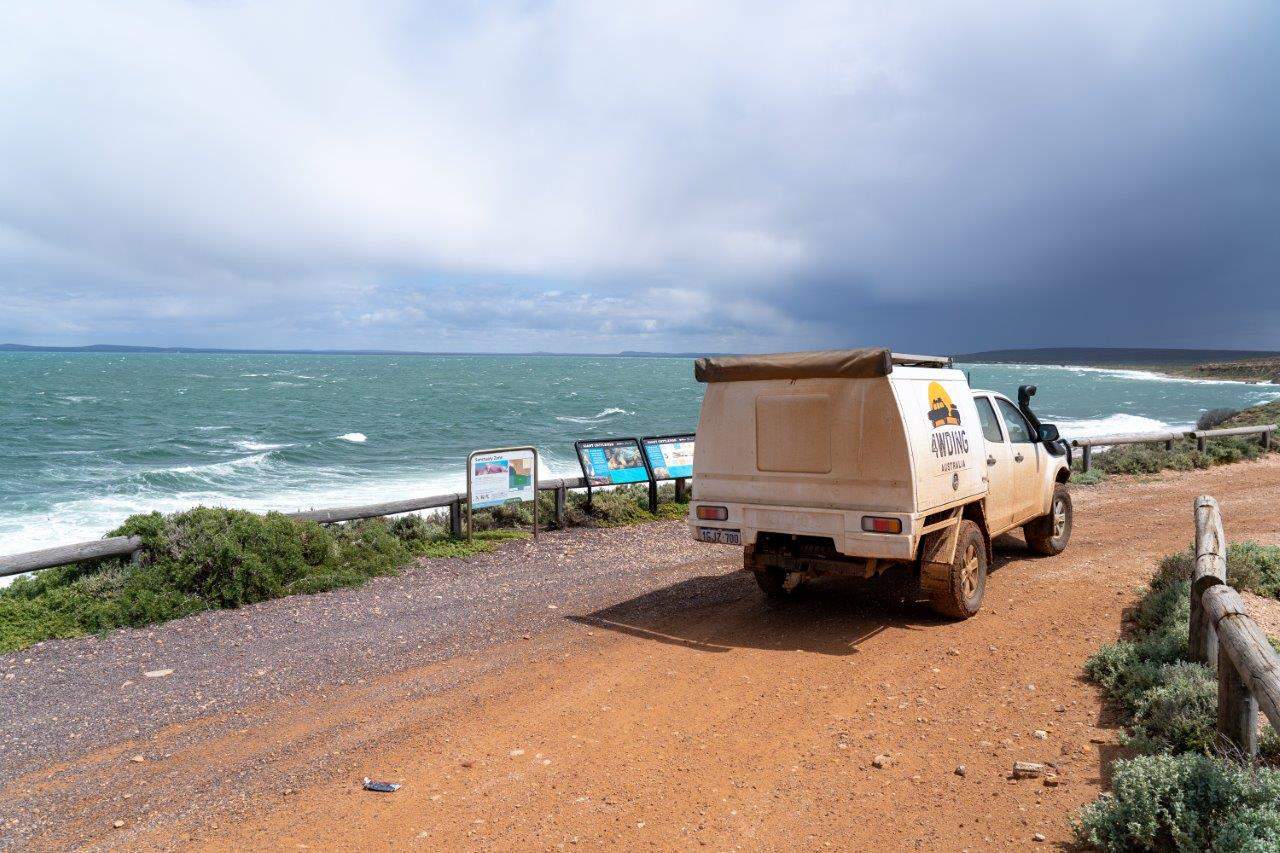 I’m not normally one to worry too much about the cost of driving around, but with fuel prices going up so much its certainly an interesting consideration. If you have to drive 50km to stay at a free camp, maybe you are better off paying for a low cost camp closer by? I’ve seen people drive 60km to save $10 a night on camping costs, and I reckon often it’s a false economy and you end up spending more (just you might not see it).

In our case, we don’t regret it one single bit. Fitzgerald Bay was magic, and we loved our stay despite the fairly average weather. Sometimes its smiles per gallon, and not miles per gallon!

I did have an interesting conversation with another travelling family though, that told us he was doing 27L/100km against a head wind towing a big van, and paid $2.85 a litre on the way over, so was spending $77 per hundred kilometres in fuel alone on that particular stretch, which is obscene. 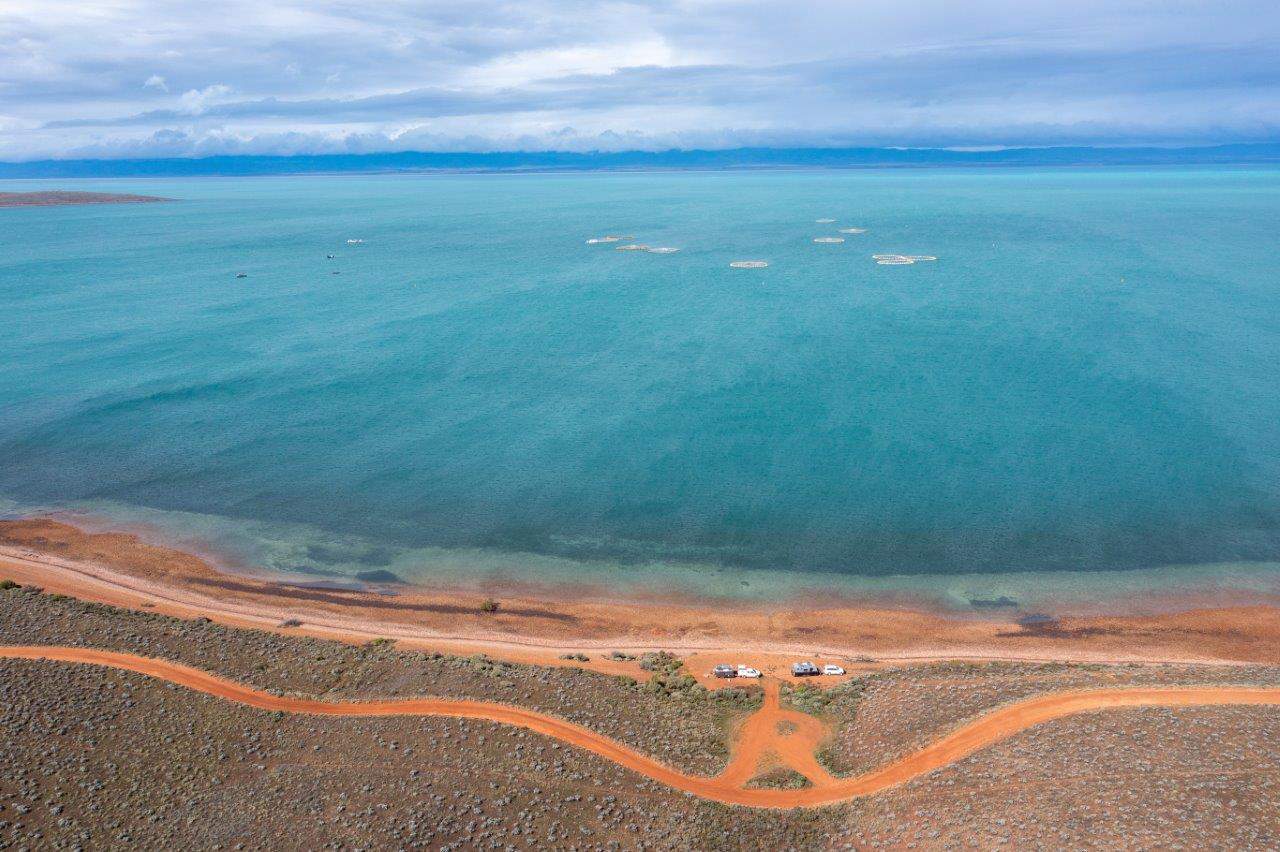 In lack of scenery and things to do

Some free camps suck. There really is no other word for it. Gravel pits near the edge of a road, or crammed into a tiny area with 30 other caravans and campers for the night, or dust bowls that turn into mud pits after a bit of rain are not uncommon, and they really suck when you compare them to the pristine camps around the country with some of the best views around.

Yes, they are free, and you save a huge chunk of money by staying at them, but it comes at a cost; they generally aren’t the places you look forward to visiting, and staying at! 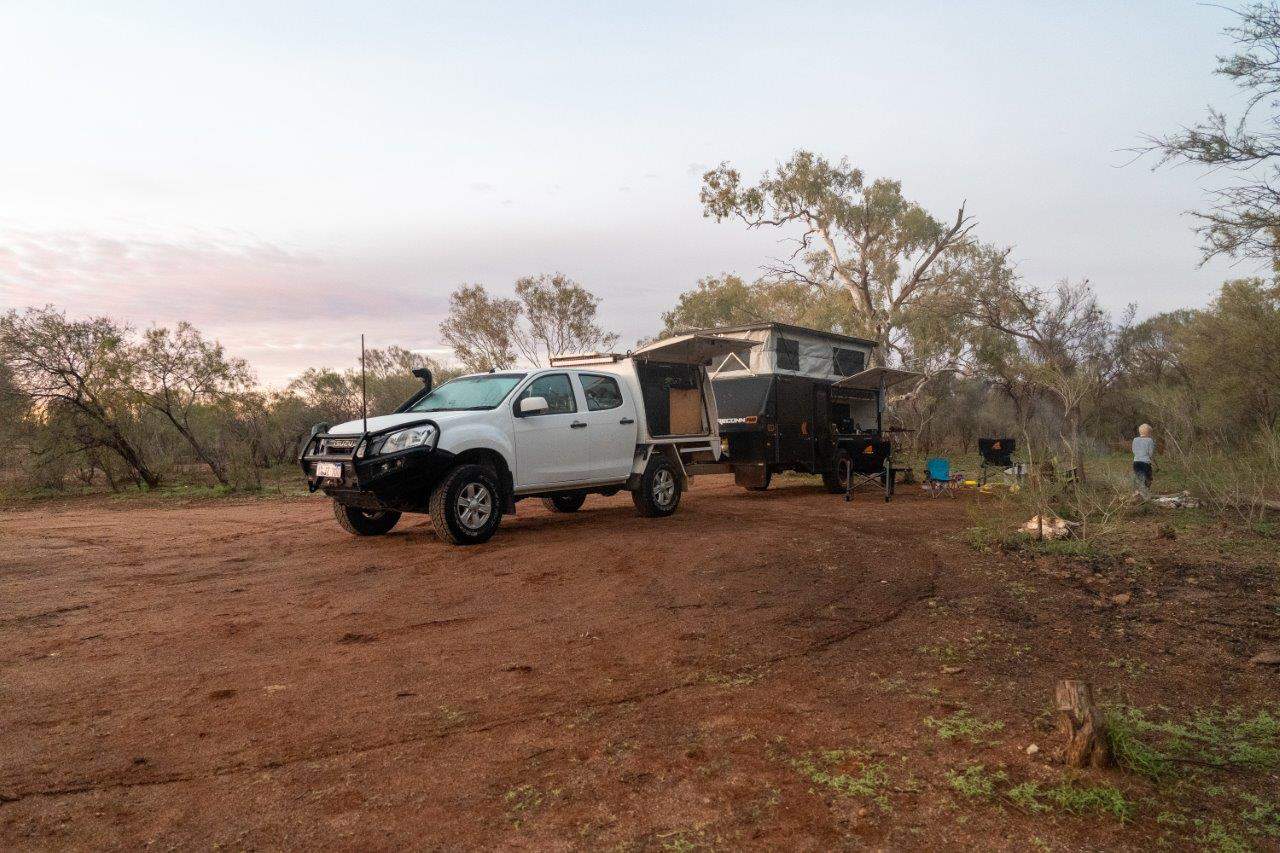 Some free camps can be extremely ordinary

In accessories and gear

Traditionally, caravans didn’t have 12V wired into them at all, and there’s a lot of people who just hop from caravan park to caravan park, relying on a good 240V plug to connect to when they arrive. If you are new to free camping, you’ll learn pretty quickly you need some basic gear to make it comfortable, and you can spend a huge amount of money on more expensive equipment if you need.

We’ve got a guide to free camping, which should be helpful, but the short of it is you’ll likely need a battery, maybe a solar panel, water storage, grey water storage (possibly), a toilet and so on and so forth. These things aren’t standard in a lot of travellers kit, and that means you have to spend some money to get them in the first place. 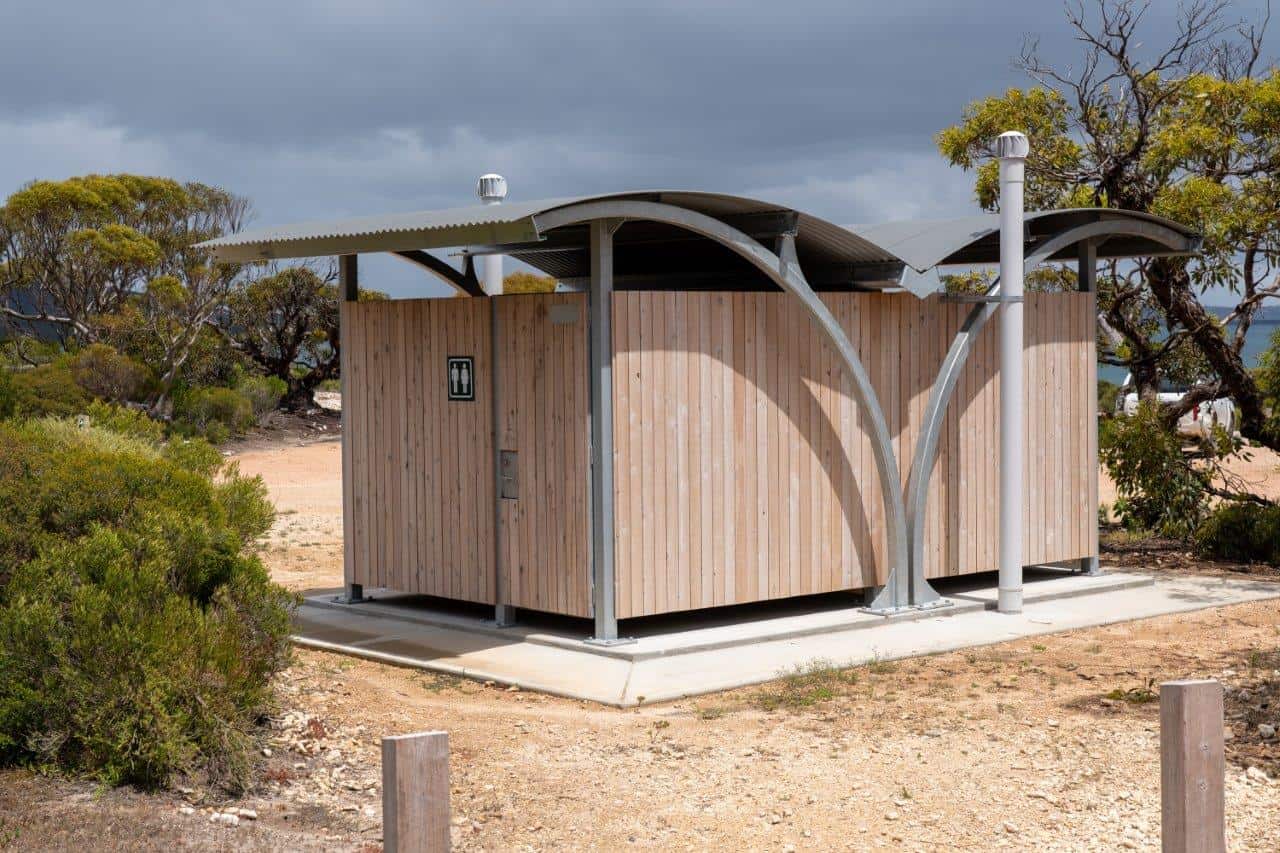 Lots of free camps don’t have amenities that you need, so you have to supply them

In setting up and managing it by the shire

A huge number of free camps are set up by shires and councils, and cost money to create, and maintain. If there is land cleared, roads graded, toilets, dump points, camp kitchens, fire pits and whatever else around, someone spent a good chunk of money to put it in, and look after it.

I have zero doubt that free camps bring a MASSIVE amount of income into a lot of towns in Australia, but these free camps don’t just happen, and there are even volunteers involved in keeping several them in a great state for everyone to enjoy. 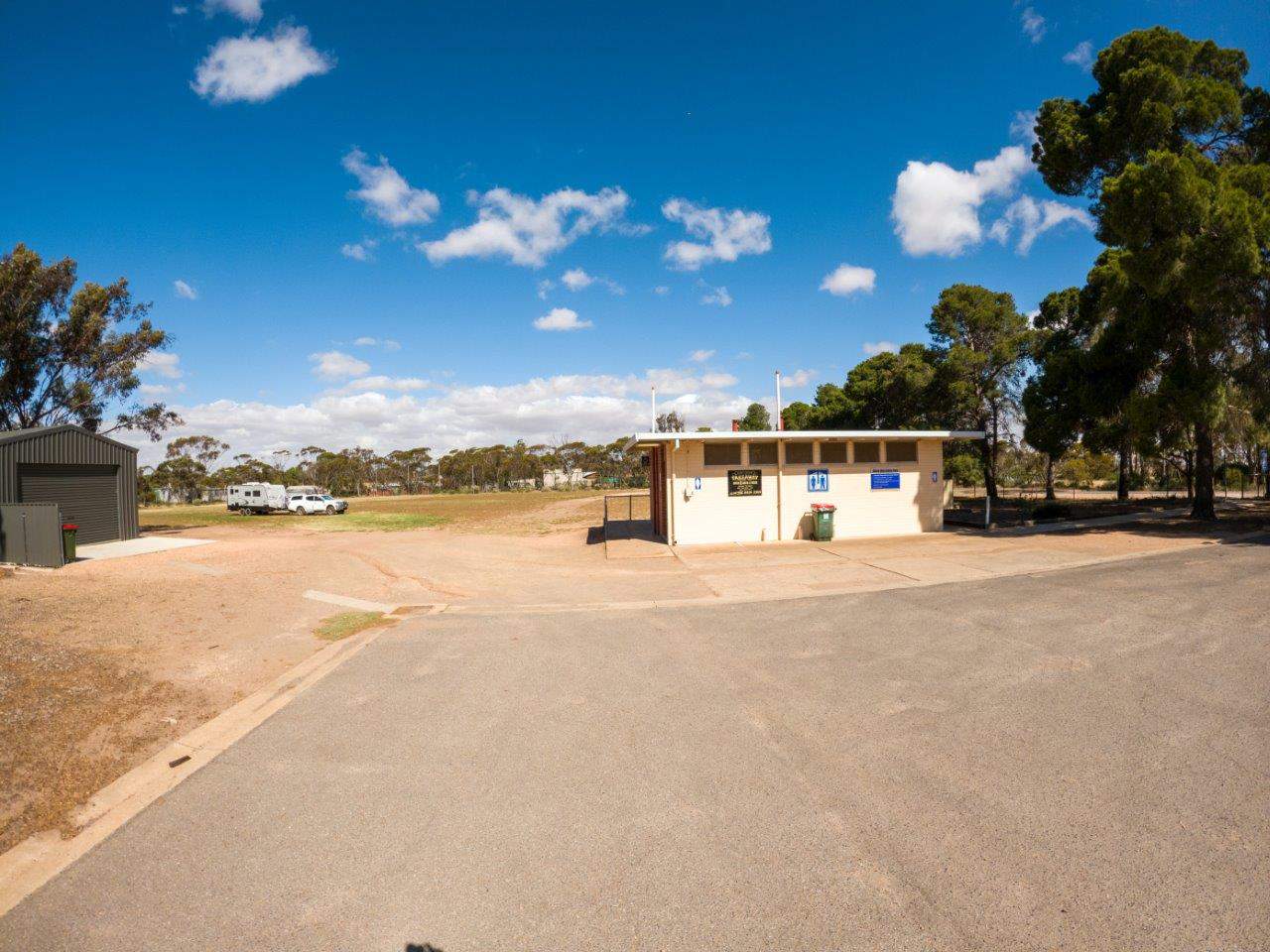 With our noisy young kids, we’re not ones to worry too much about people camping nearby us (except for their loss). However, inevitably, free camps are hugely popular and that means you can very easily end up with other campers right near you even if there’s a million square metres further along for people to use.

Free camps don’t have dedicated camp sites, and that means if a whizzbang pulls up late in the evening and decides to camp a metre away from you, that’s what is going to happen!

We’ve seen some free camps with hundreds of people in them, and the constant movement and activity is tiring for us. 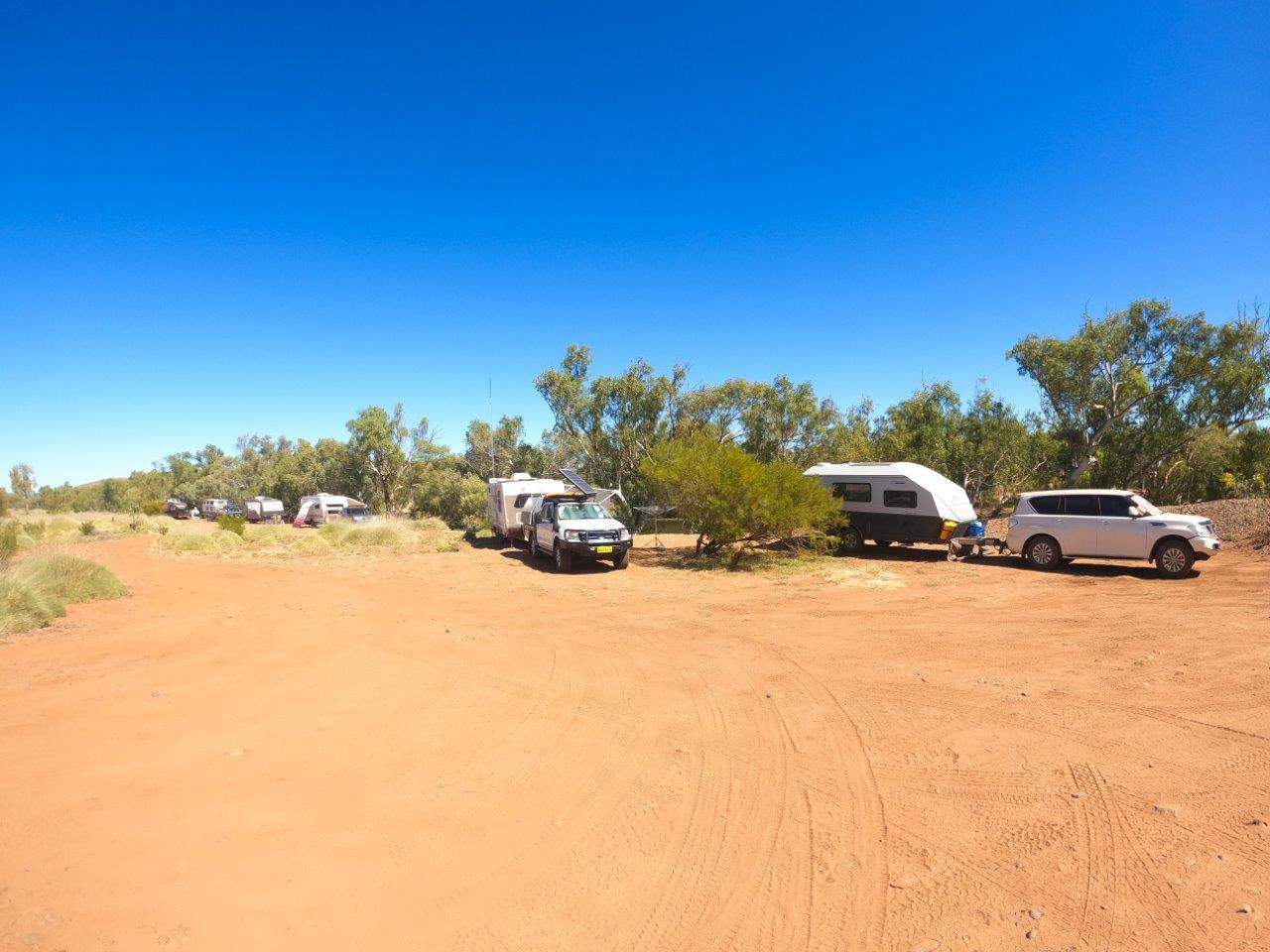 Some free camps can see you jammed in like sardines!

Ants, bee’s and other animals

Some free camps have huge animal problems, and you might not notice them until you are well and truly set up. We’ve been chased out of camp by mosquito plagues that were so intense that no amount of deterrent, and two thermacells could improve. 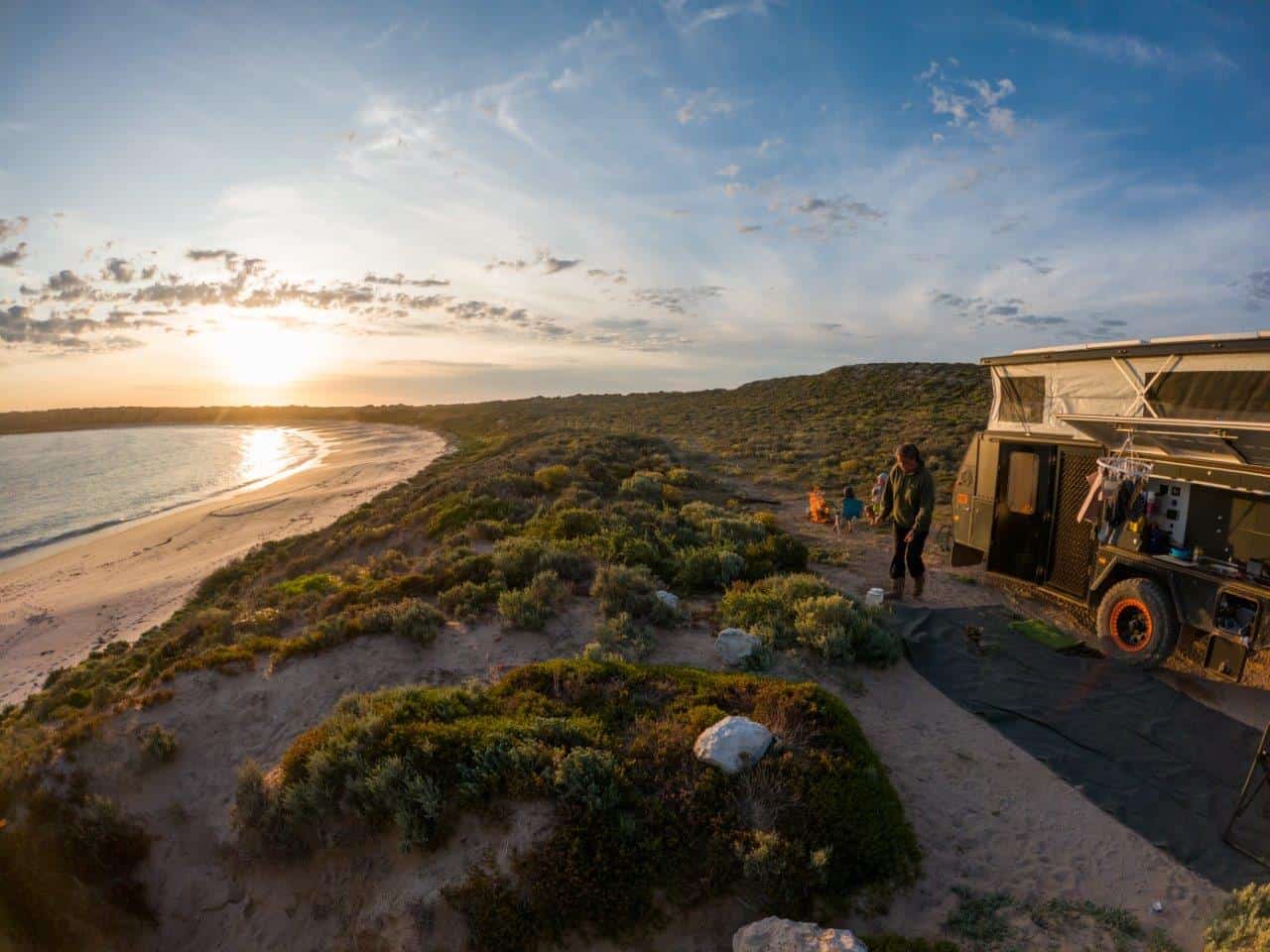 Point Brown was amazing but the Mosquitoes were absolutely insane

We’ve also camped in places where the small ants are everywhere, and climb up your legs whilst you are doing the dishes, or anything outdoors. We’ve had massive issues with bees hanging around our outdoor kitchen, and whilst they are always gentle and will leave you alone, inevitably someone ends up getting stung when they brush one away, or pick something up with one on it and hurt the bee.

Our most recent experience of this was just near Point Labatt, which was a nice camp site but the ants and bee’s made us leave after one night (and barely – we got moving pretty quickly!). 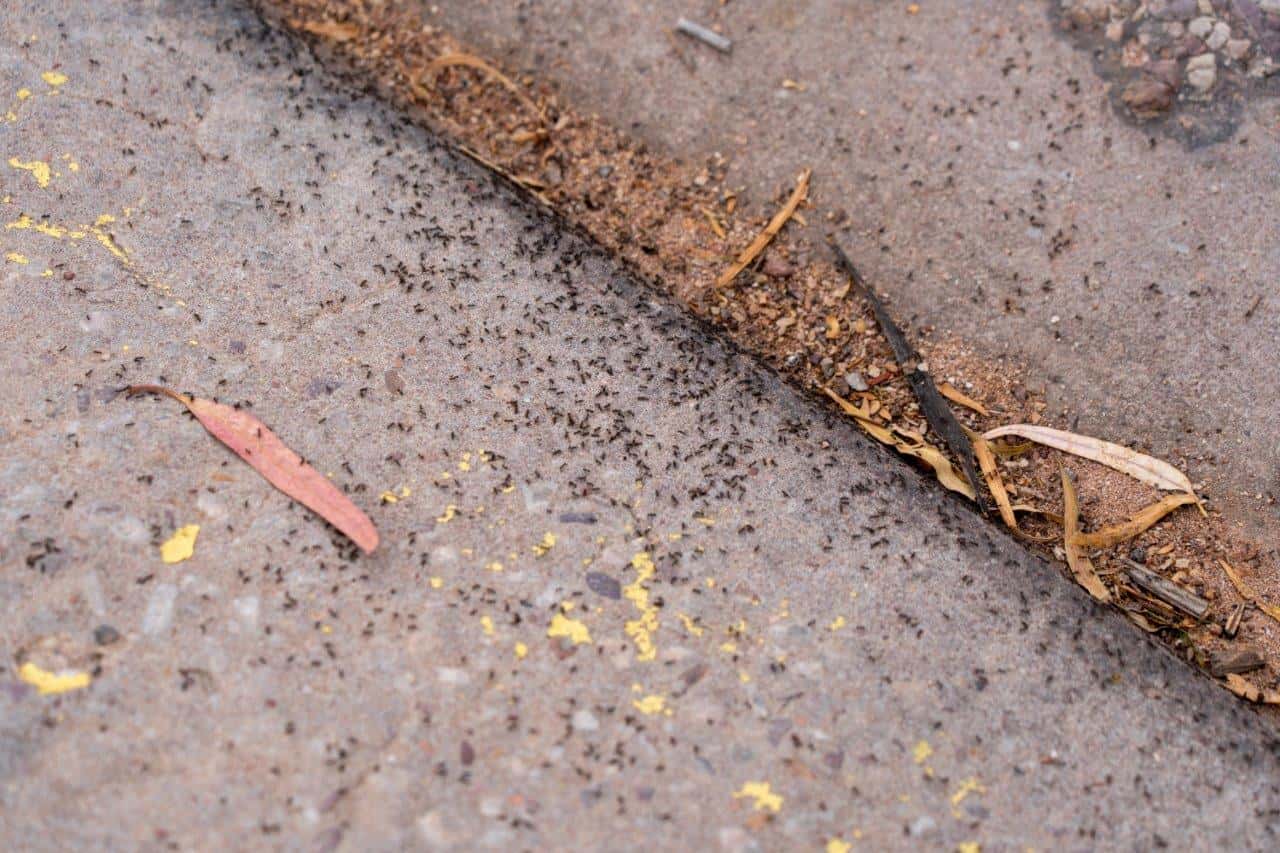 Ants are not much fun to camp near, and soon see us moving on!

Free camps come at a cost

The point of this post is just to cover a few of the things that you might not think about before staying at a free camp. We love them, and will pick them over a paid one any day of the week, but we are just as happy to pay for a better site if we need to. On a personal level, Free camps are not always free, even if the cost isn’t financial!

How else do free camps cost? Do you make use of them?