Karijini has some of the most amazing gorges that you’ll find in WA. In many ways, it competes with the Gibb River Road, albeit much closer to Perth. However, many of these gorges are quite taxing on the body, and particularly the older generation greatly appreciate any that are easier to access.

Kalamina Gorge is located within Karijini National Park, and is often referred to as the Grey Nomad Gorge, for its much easier access than many of the others. 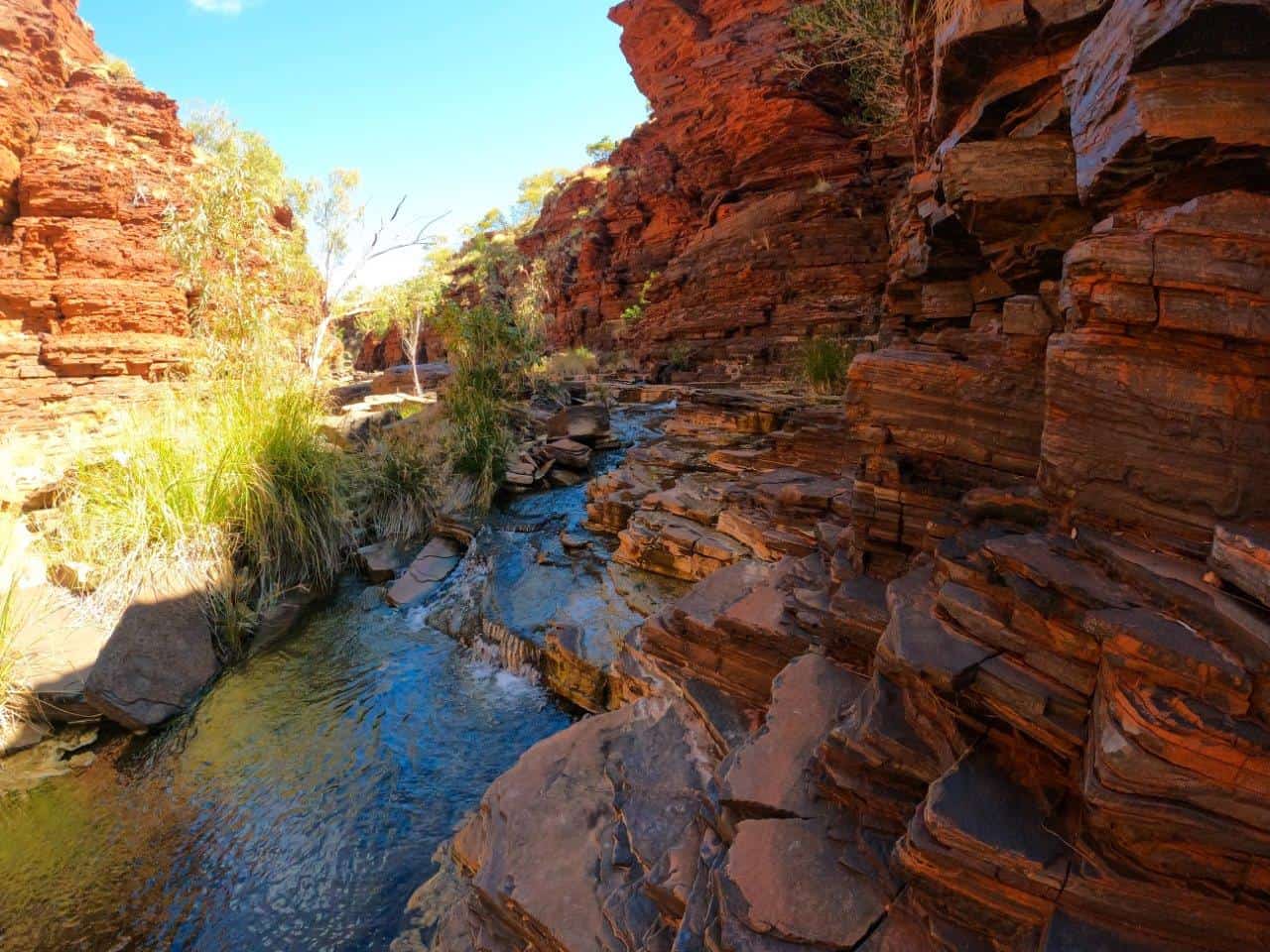 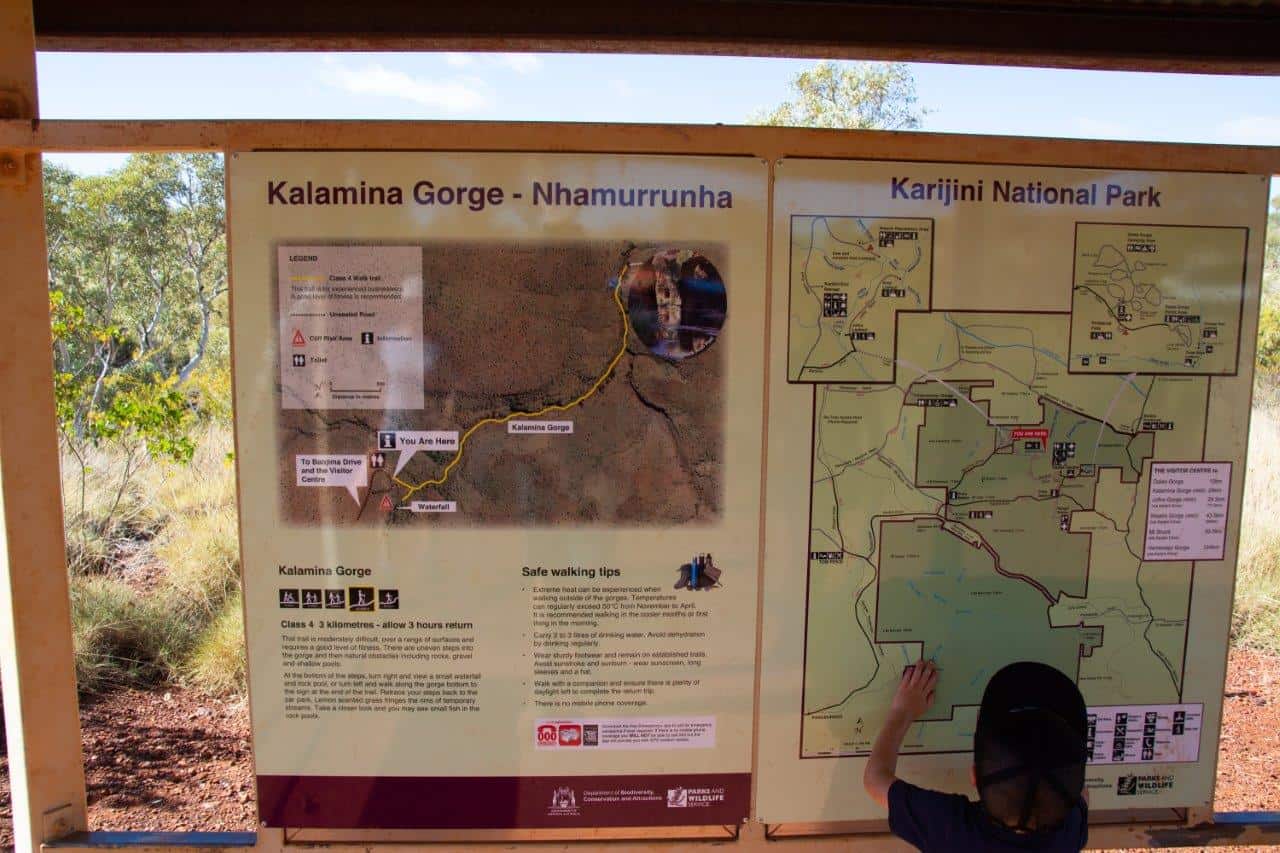 However, I wouldn’t take a 2WD here unless you are confident in its build quality and tyre construction. The roads can be pretty average (especially if you are coming from Hamersley) and it can be quite punishing on your vehicle and tyres.

You’ll see below my parents had a tyre blow out on the way in which caused a bit of a delay, but its part of the adventure. 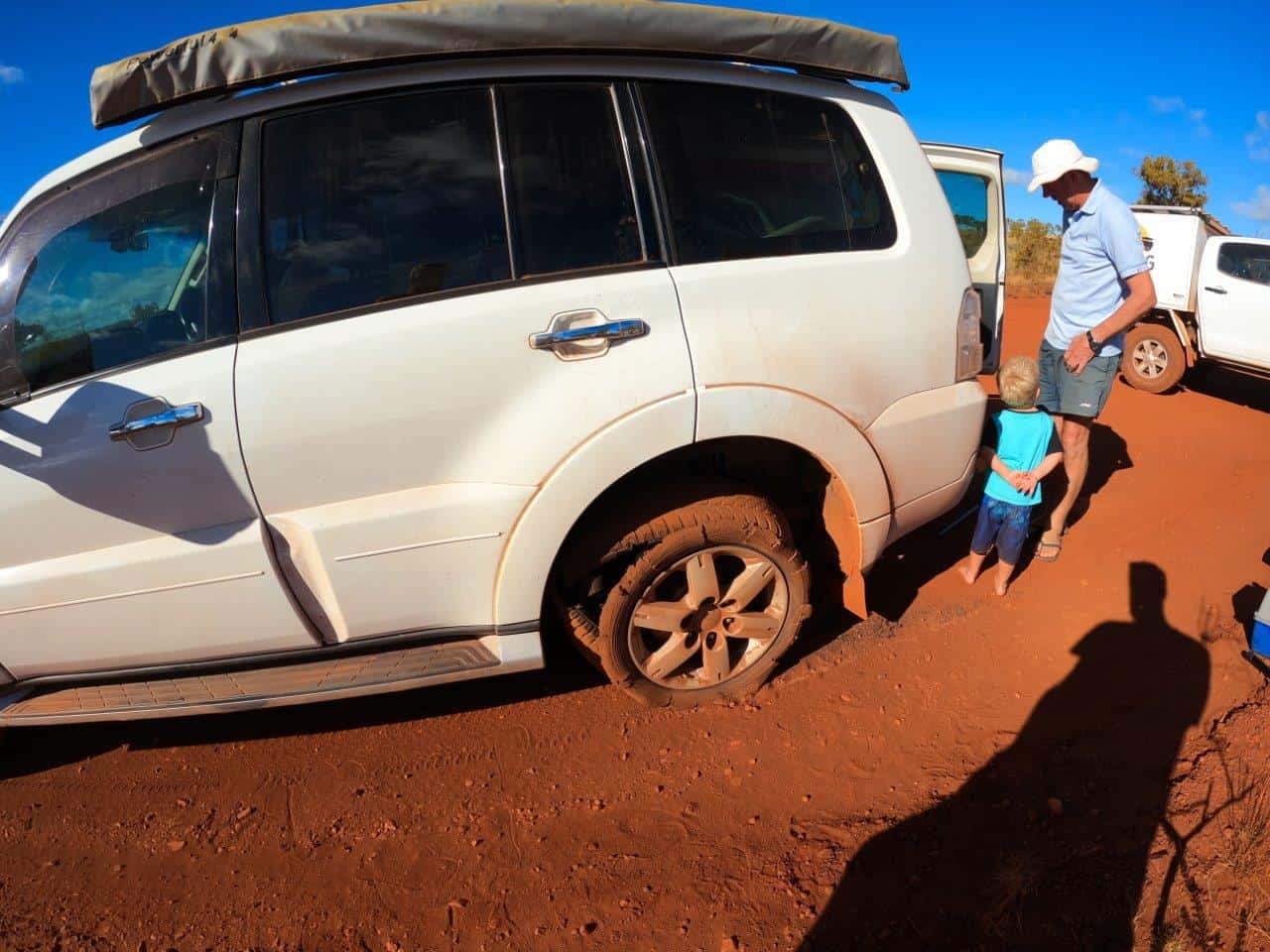 Even 4WD vehicles get punctures often in Karijini

How easy is the walk?

In terms of the walks at Karijini, its up there with the easiest. You start off walking down a number of natural rocky steps, and once you are at the bottom (which is not too far) its almost entirely a flat walk along the edge of the gorge to the end.

There are some little obstacles to climb over and around, but its nothing compared to the other gorges and if you’ve made the trek out you’ll be fine to do it. 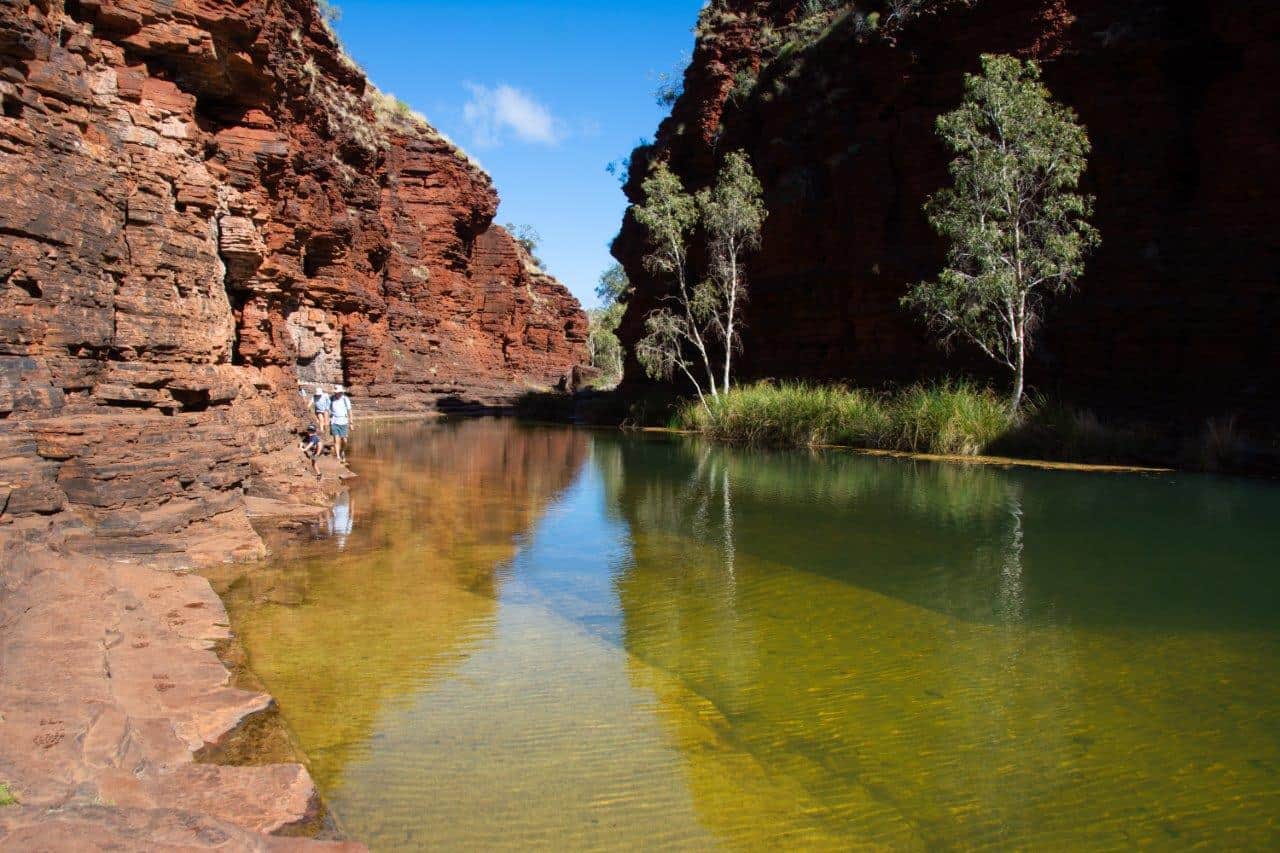 Most of Kalamina is fairly flat, at the bottom of the gorge 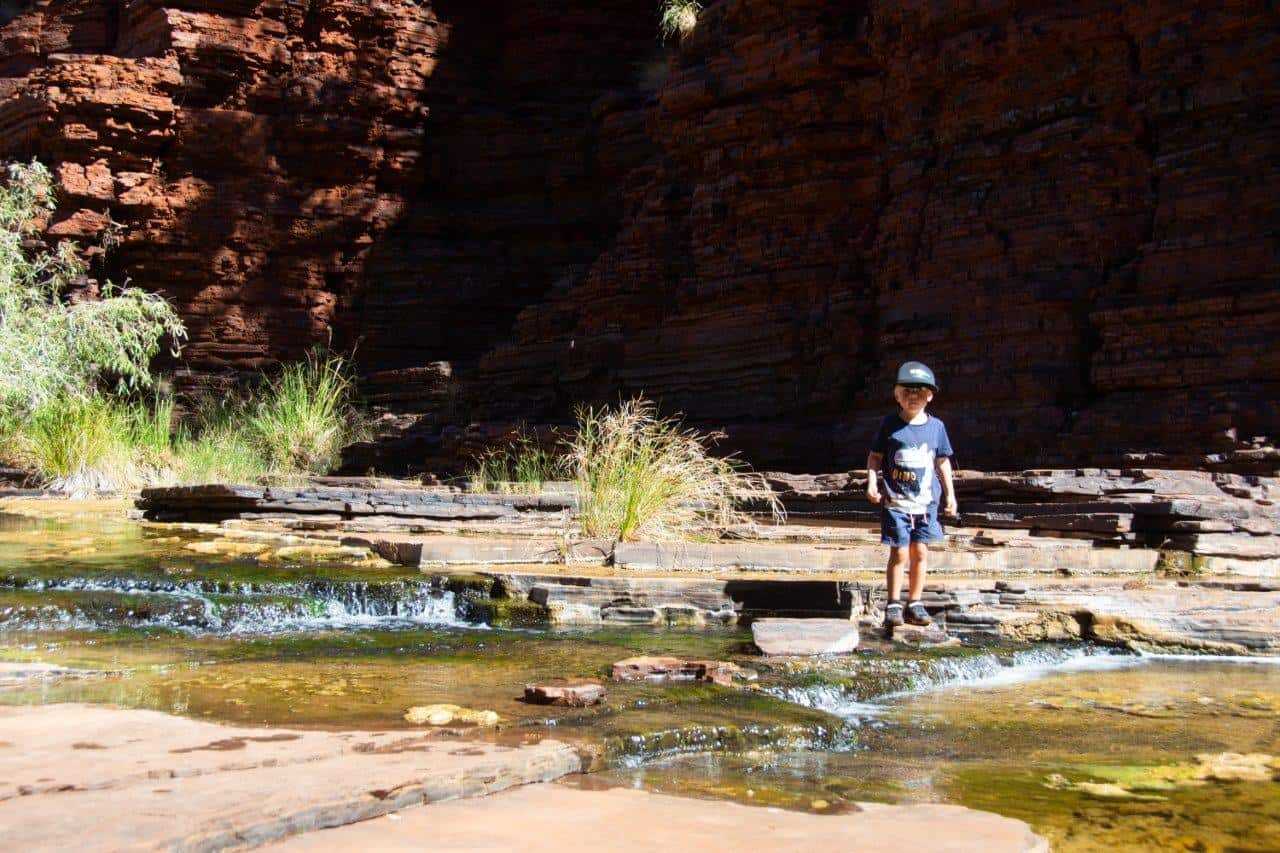 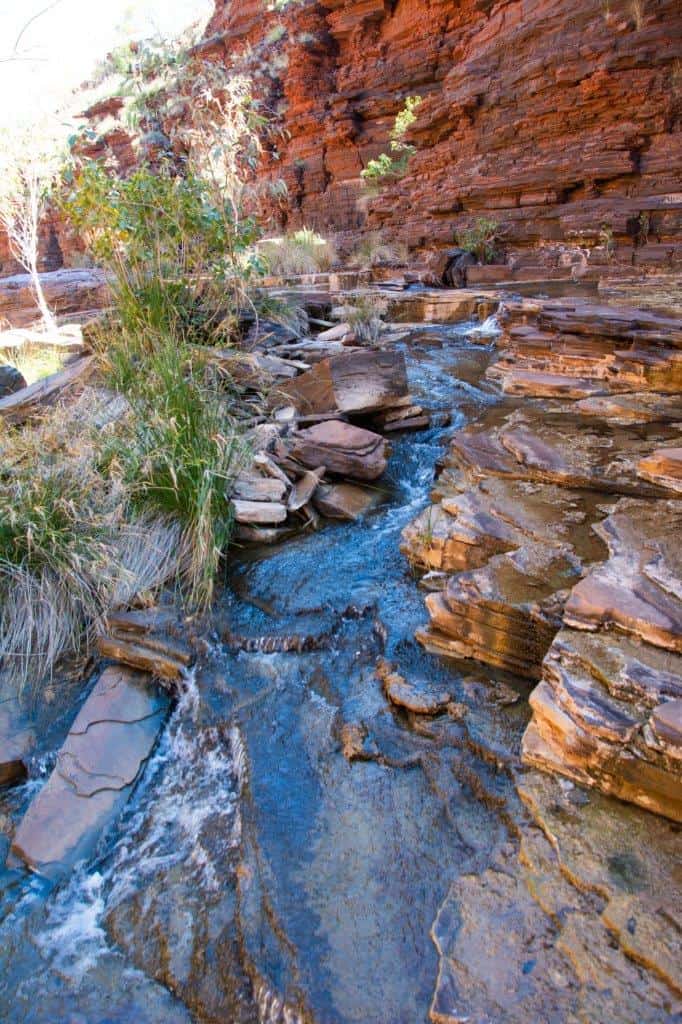 You dodge a few bits of water, but its certainly the easiest gorge (except Fortescue and Fern Pool!)

Can you swim there?

Yes, absolutely. There are a few water holes that are big and deep enough to have a good splash in, with our favourite being about half way along. Be warned though; the water is absolutely freezing, and you’ll appreciate being able to lay on the warm rocks afterwards! 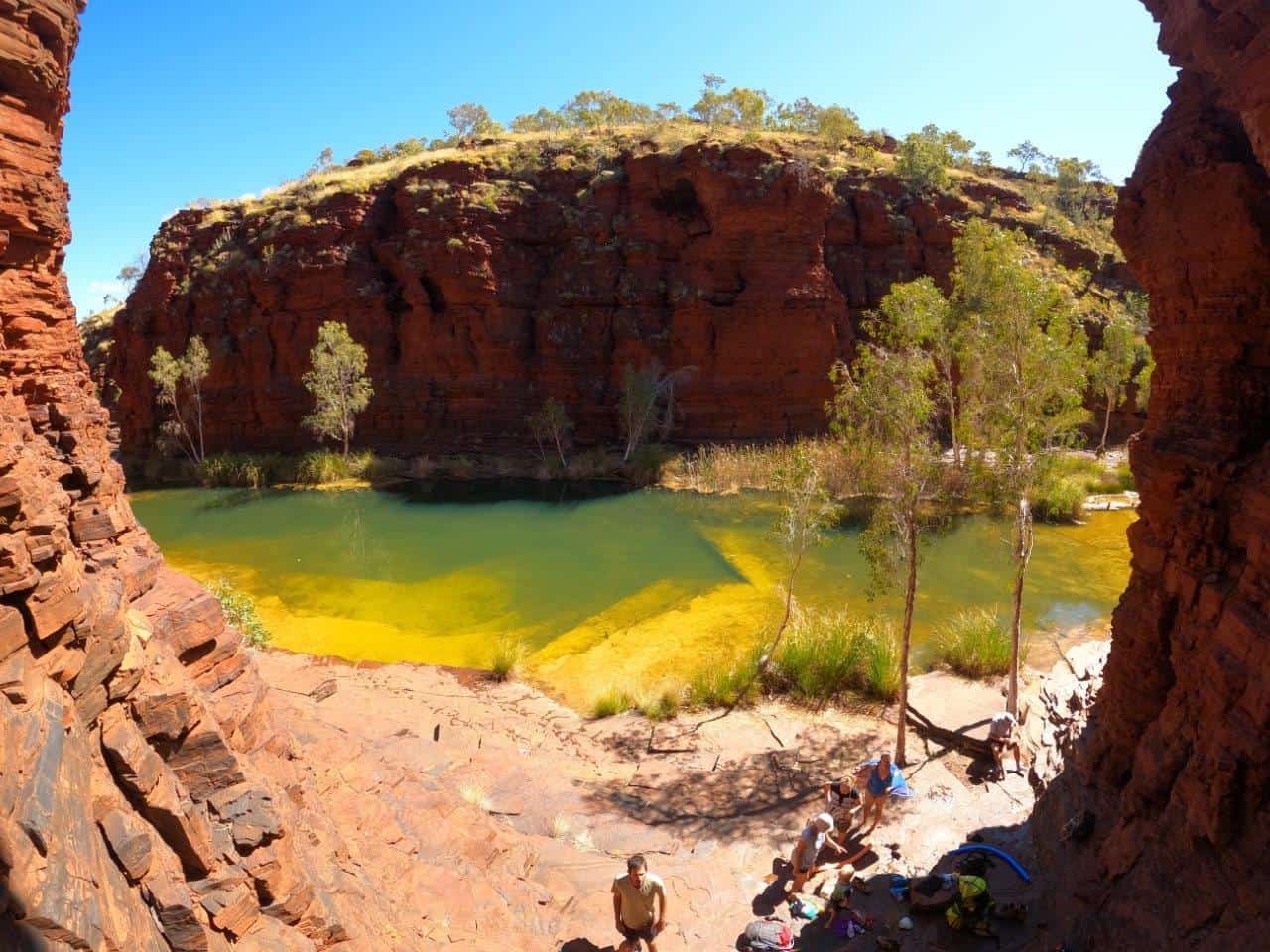 Yep, but its pretty cold. The mid way pool was the best place to swim when we visited

The earlier in the season the better

The longer you leave your visit, the less water is in the gorge, and that means the less scenic it is. The water starts to get a bit of algae and muck in it, and it doesn’t look nearly as nice. 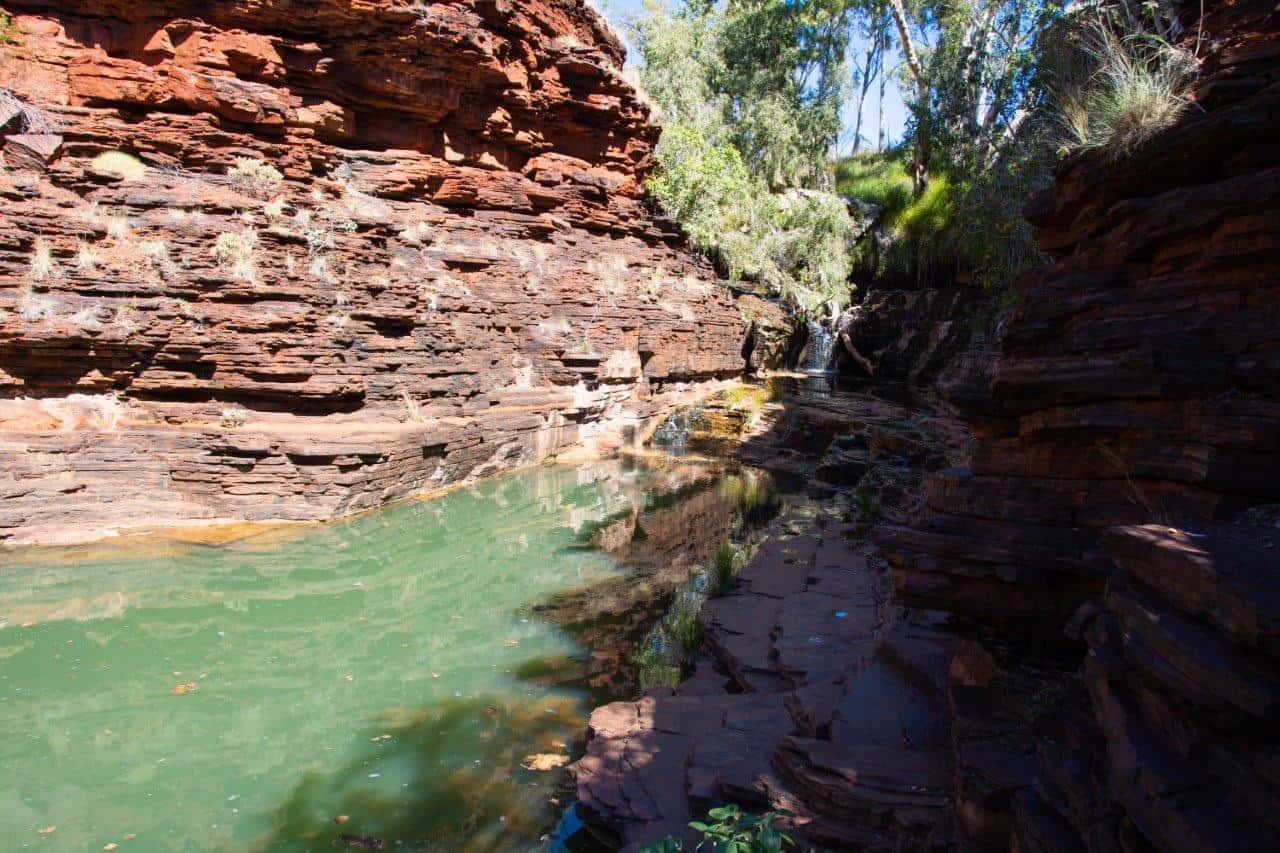 Is it worth a visit?

My folks raved about Kalamina Gorge, and we really enjoyed it too. We were later in the season than when they had visited and the water was starting to get low and go off, but the sheer number of tiny, beautiful waterfalls makes it well and truly worth a visit.

We had an amazing swim, and its the perfect family adventure for those with young kids, or older people in convoy. 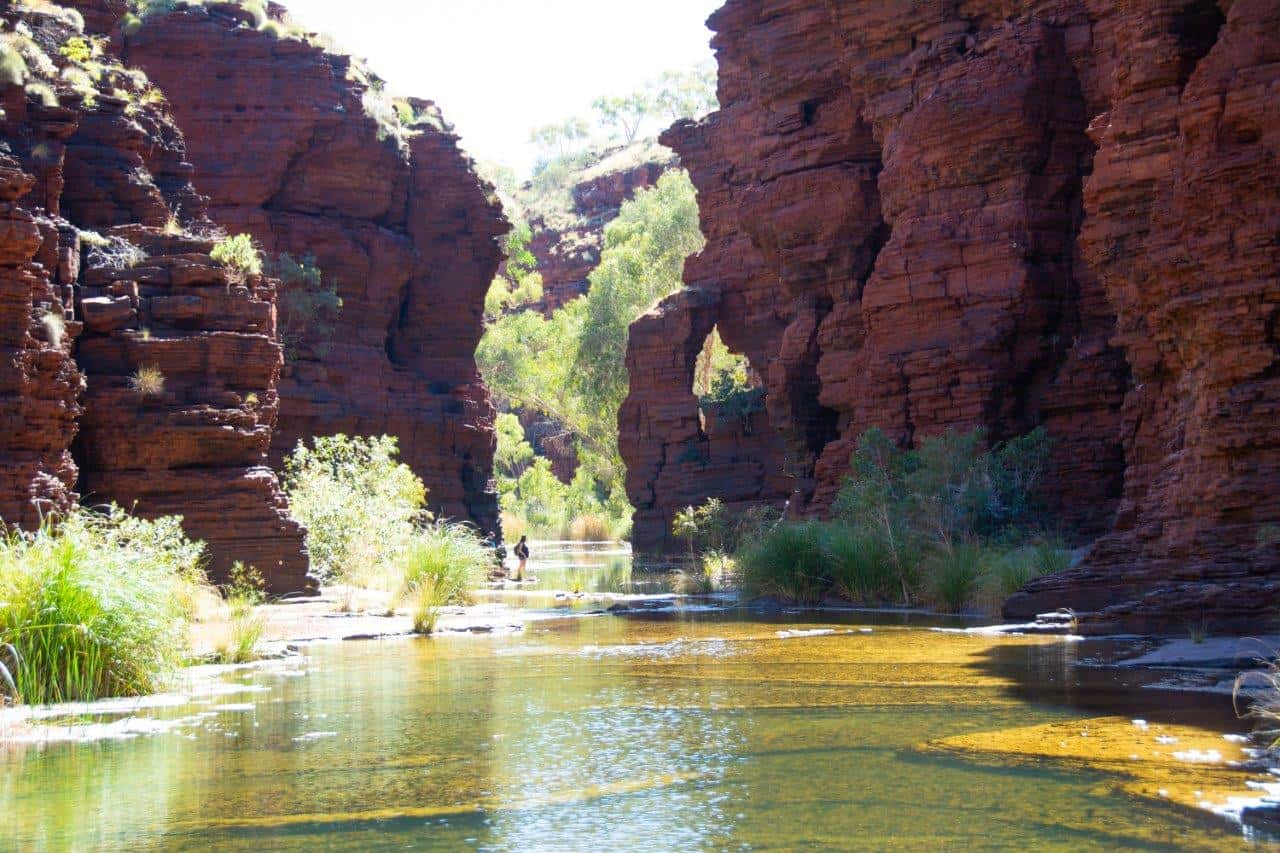 At the end of Kalamina Gorge 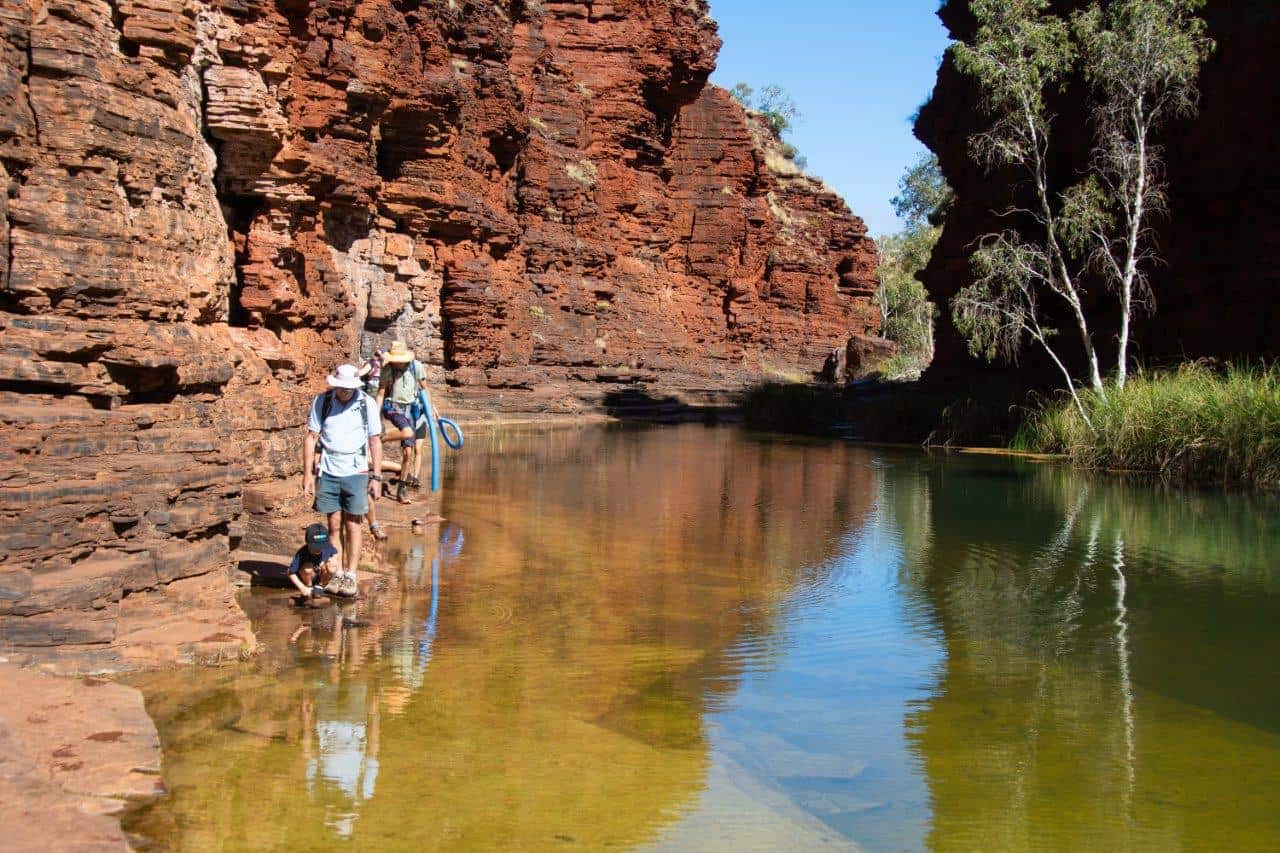 We really enjoyed our visit to Kalamina Gorge, but it would have been nicer earlier in the season with more water