On our 3 week trip to the Pilbara, we spent a couple of incredible nights at Magic Pool and then Cheela Plains Station, before heading south towards Mt Augustus. This is a 350 odd kilometre drive from Cheela Plains, and is entirely gravel.

I’d read online that it was generally suitable for a 2WD vehicle, and my folks did it the year before in their Mitsubishi Pajero and Kokoda Digger off road van, so I knew it would be OK. To top it off, I bumped into a crew who’d just come up the previous day and they said it took them 5 hours, and sat on 100km/h for some of it, and all the way down to 20km/h an hour for some of it. That’s an average of around 70km/h, so making decent speed.

We got going early to make a good start, and headed into Cheela Plains to drop our key off, and then back out again. 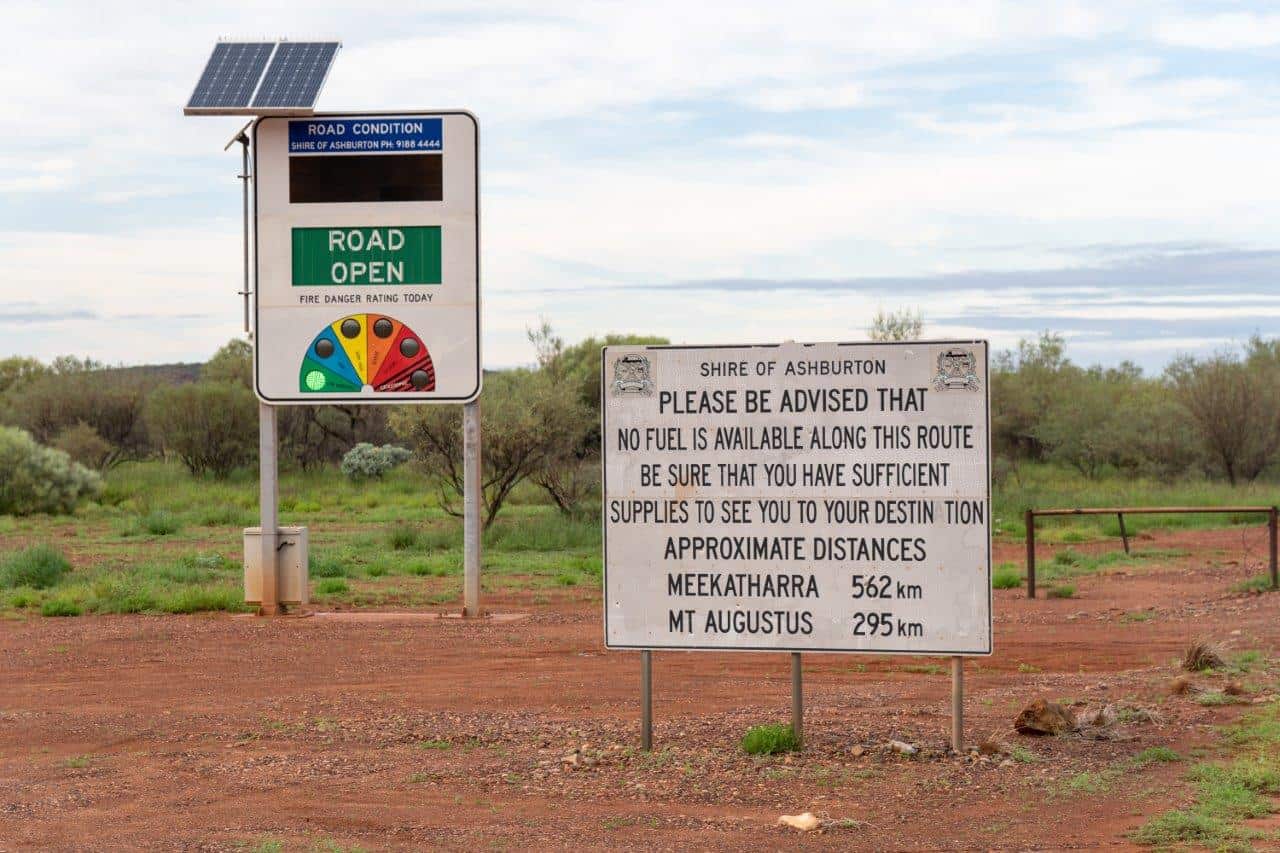 The road to Ashburton Downs and Mt Augustus

I’d already dropped my tyre pressures to 27 in the front of the Dmax, 30 on the rear and 33 on the camper trailer. If you haven’t already, you can work out the correct tyre pressures for road use using a formula here (Caravan Tyre Pressures).

From that, our go to tyre pressure for high speed gravel driving is about 30% of the road pressure. We run 54 in the camper on the road, which makes it 36 on the gravel. Factor in a few PSI rise from cold to hot and we’d be close. 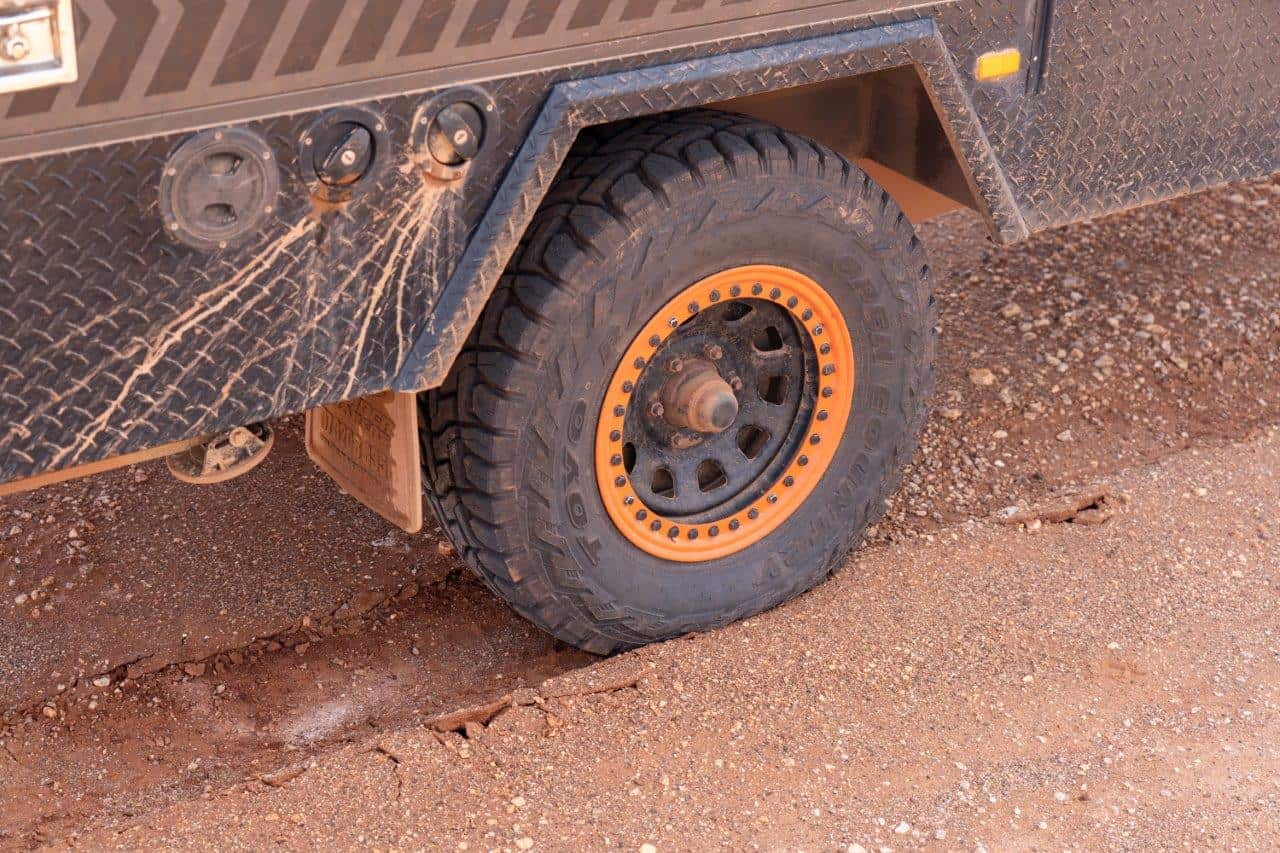 There is no fuel on this road, and your closest options are Paraburdoo, Nanutarra roadhouse, Meekatharra or Mt Augustus itself.

We’d filled up at Auski Roadhouse, then topped up a bit at Tom Price, and planned on filling up at Mt Augustus. A bit of back tracking around Cheela Plains meant that we would be likely needing some of our reserve 20L of diesel that I threw in the front of our camper trailer just in case. 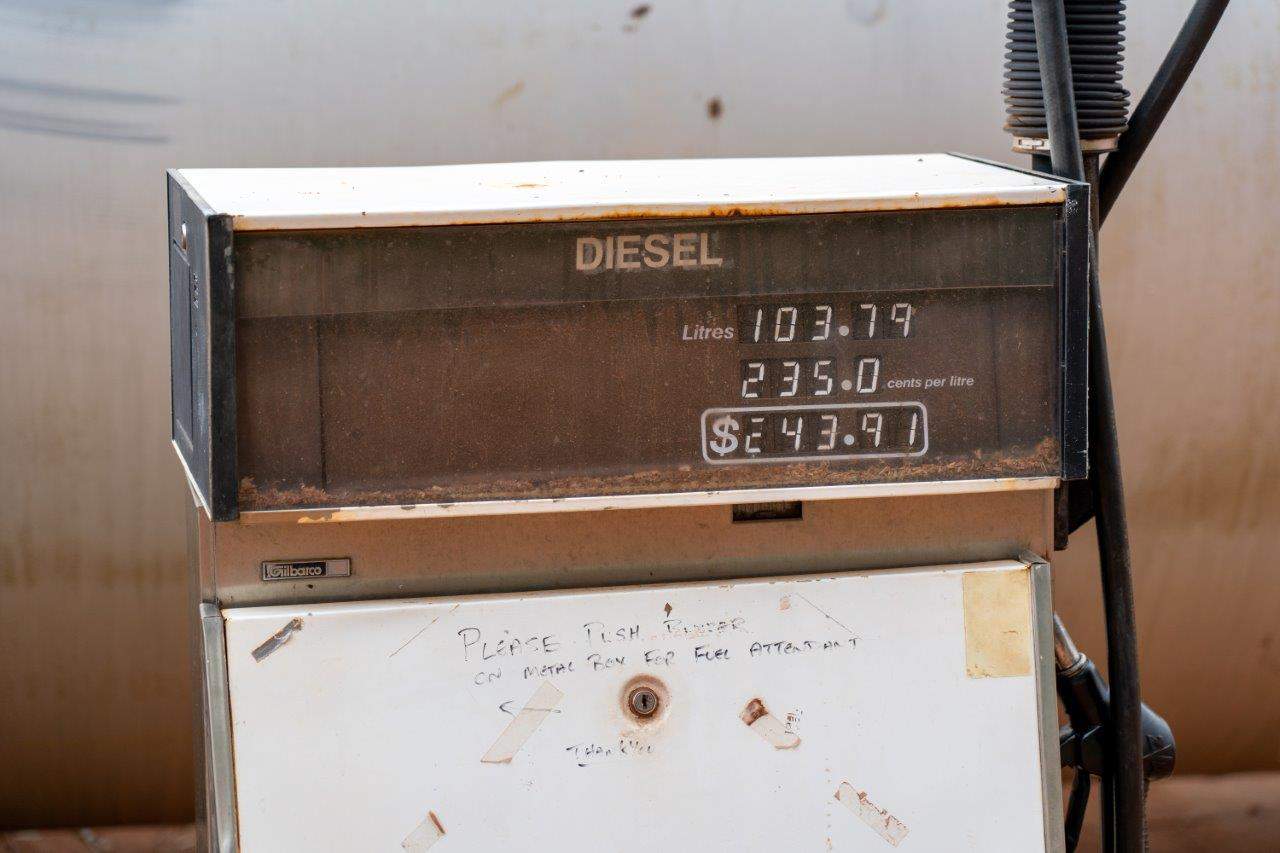 This road is nothing short of stunning. It’s long, but you’ll see some amazing places along the way. We often comment on how much the scenery changes in a short period all over Australia, and this road is no exception. 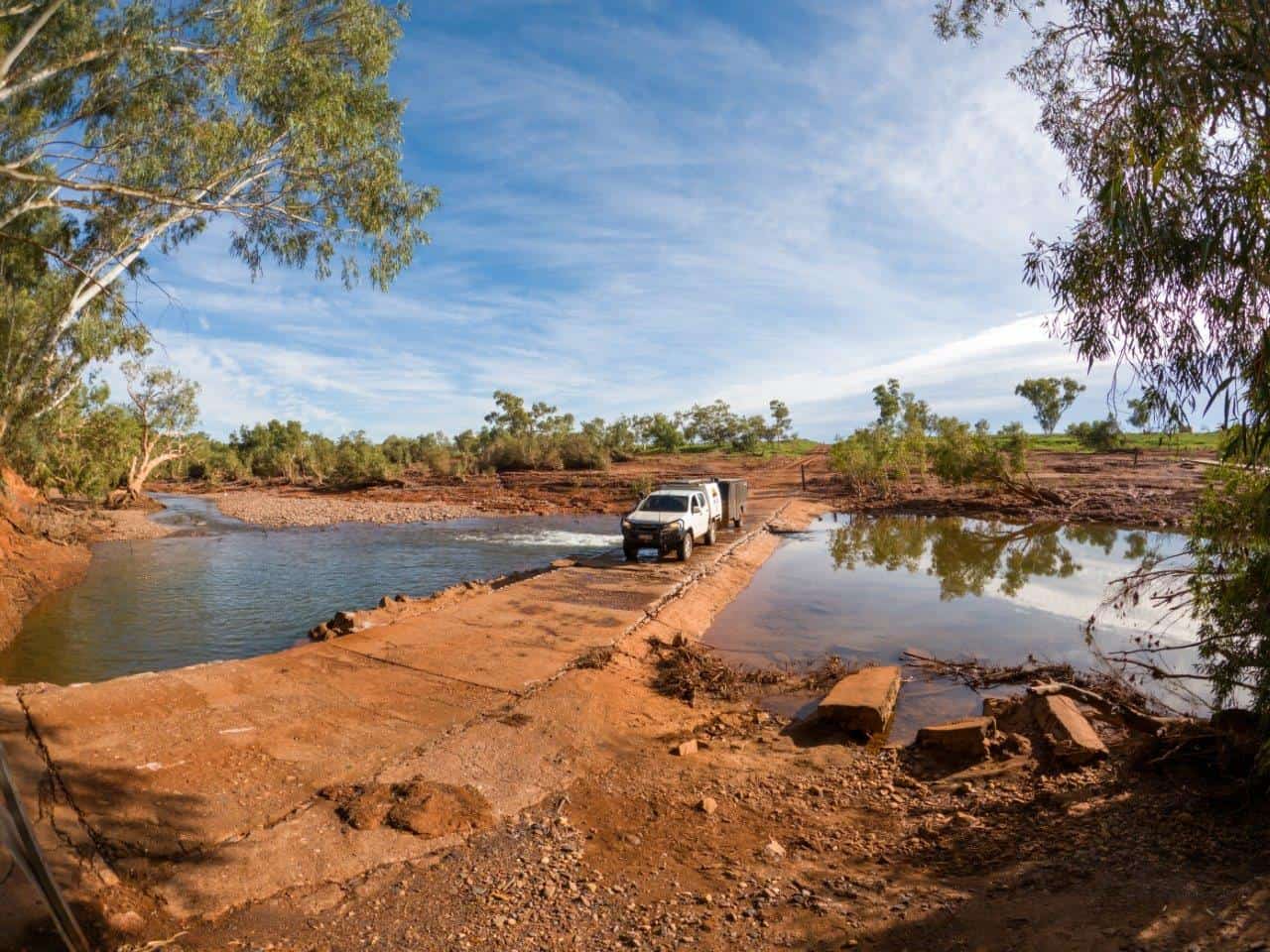 Please know that we did this road about 3 weeks after an unusual storm rolled through the Pilbara, and left a fair bit of water laying around. It also happened to rain a bit the day before, so I was expecting some wet spots.

Turning onto the Ashburton road, we pulled over to pee, take some photos and head off, with another vehicle just in front that had stopped as well. We took off, and for the first 10 kilometres or so the road was wide, like a highway and completely flat. I was sitting at about 80 – 90kmh and wondering if we should stop and put some air back into the tyres. 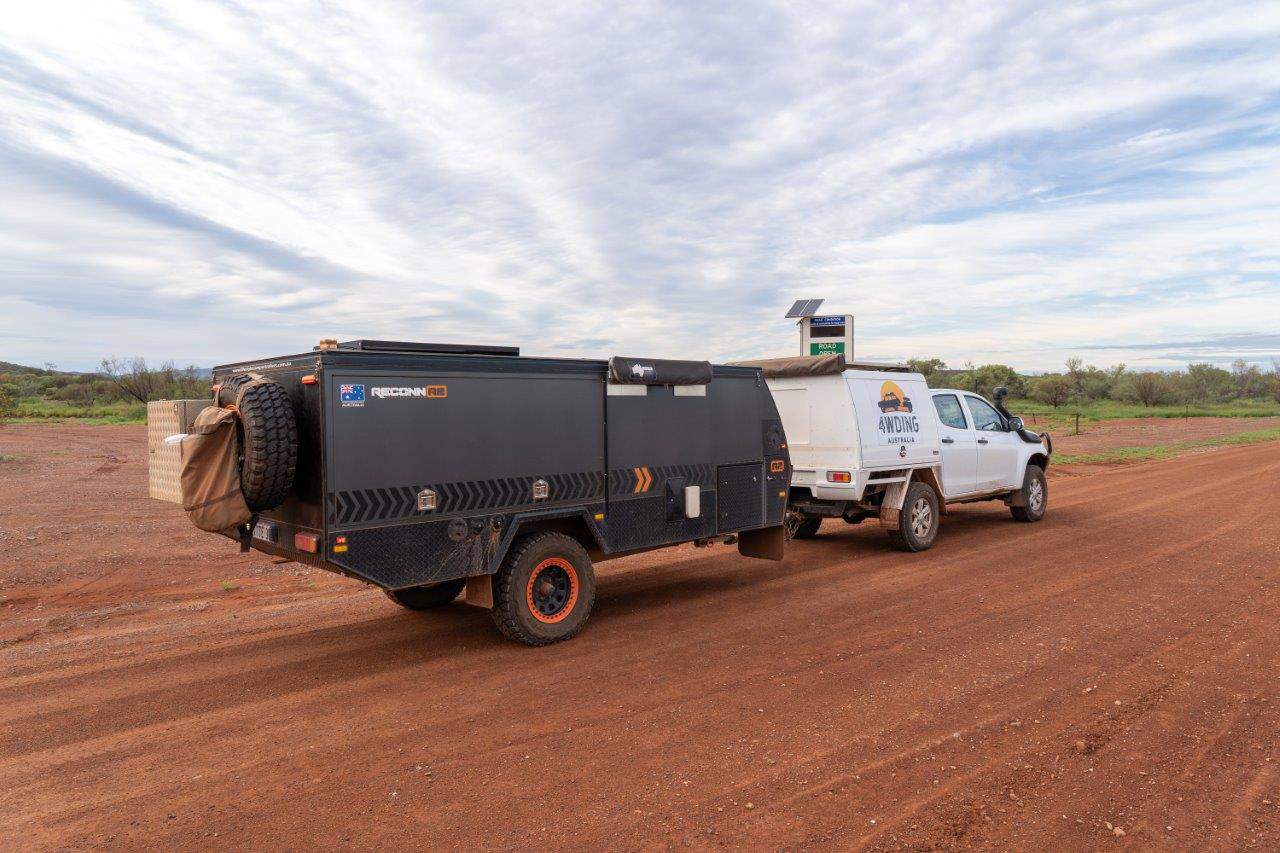 At the start of the road, after letting tyres down

From there, the road deteriorated, and we quickly found that sitting at high speeds was far too risky as you couldn’t slow down in time for the dips and wash outs. I hit a couple faster than I would have liked, and was surprised by a few that looked fine and still had huge lumps at the start or end.

Some parts of the road are wide enough, but a huge amount of the road is single lane, with room to pull off into the scrub as needed. We went through a few small bits of water and mud, and came across a heap of nasty wash outs, holes and random bits and pieces that you’d not want to hit at speed. With the Reconn R2 on the rear the car pulls up fairly quickly, but I’m always careful not to overuse the trailer brakes and get them too hot. 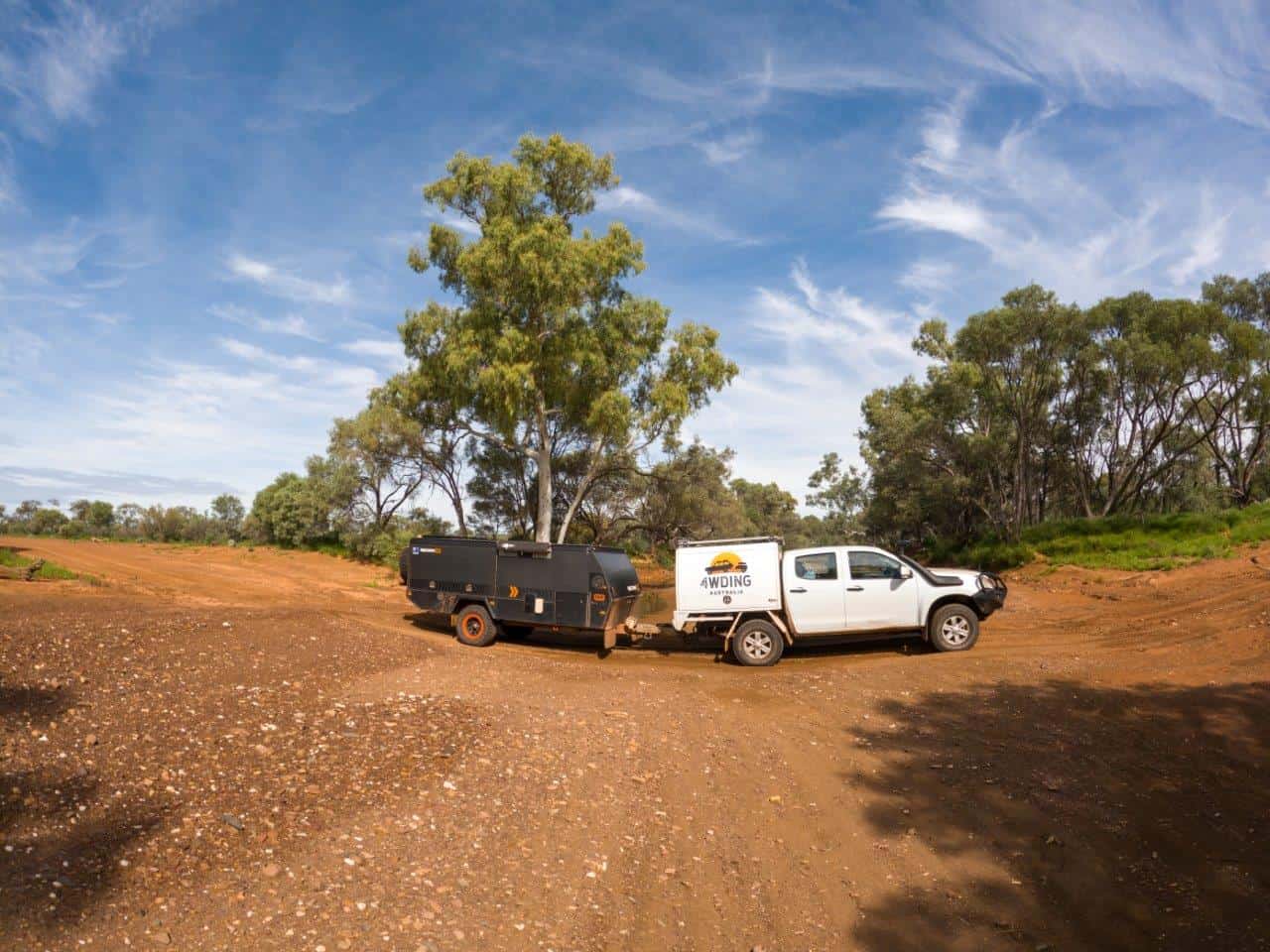 One of the longer creek crossings to Mt Augustus

There’s a couple of turns on this track, heading right towards Mt Augustus, and then Google Maps wanted to take us down a no through road, but just keep following the signs.

As you get closer to Mt Augustus there’s a huge number of twists and turns, and I made sure to have it in 4WD for the much needed traction. 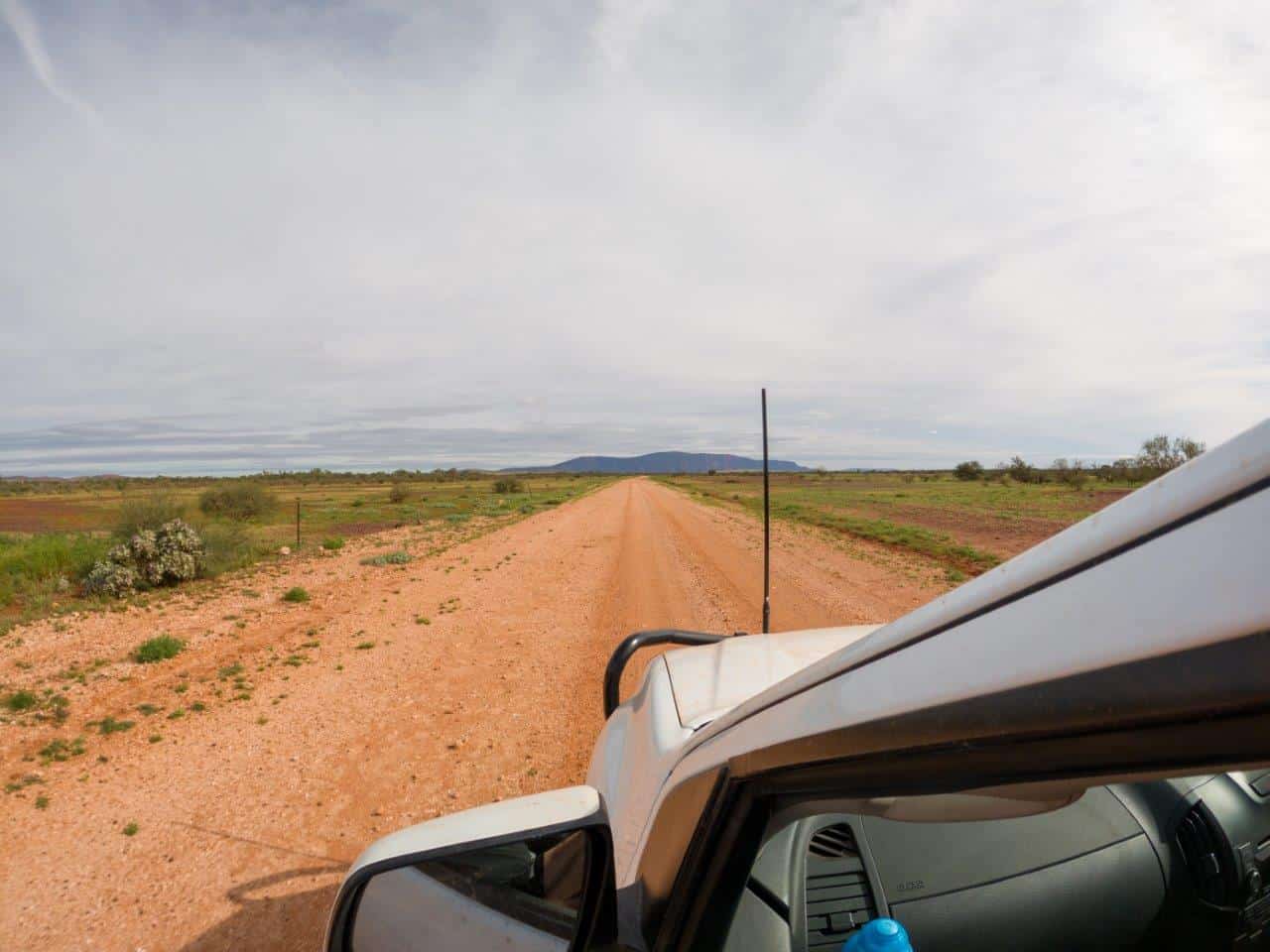 In total, it took us just over 6 hours, with several pee stops, lunch for about 20 minutes and going as quickly as I could without risking a bent chassis

To be honest, I was expecting a better condition road, and after sitting in the car and paying attention like a hawk for 6 hours I was pretty worn out and glad to pull into Mt Augustus.

When we did it, the road was not suitable for 2WD’s; there was a couple of sandy sections, and a number of bits that required some clearance, but I’m sure under normal conditions its doable, like they advertise.

We were expecting a bit of a tourist hub at Mt Augustus, and whilst caravan parks are not really our thing most of the time you don’t have a choice here, and after roughing it for more than 2 weeks we were happy to pay some money and stay on a nice, green site!

The staff were super friendly, the grounds are well cared for, the camping costs are very, very reasonable given where you are, and the fuel was one cent more expensive than Paraburdoo, which tells you people are getting ripped off by major towns. To be where Mt Augustus is and to supply fuel for the same price as those on main highways 350 km plus away is ludicrous, and very generous of Mt Augustus. 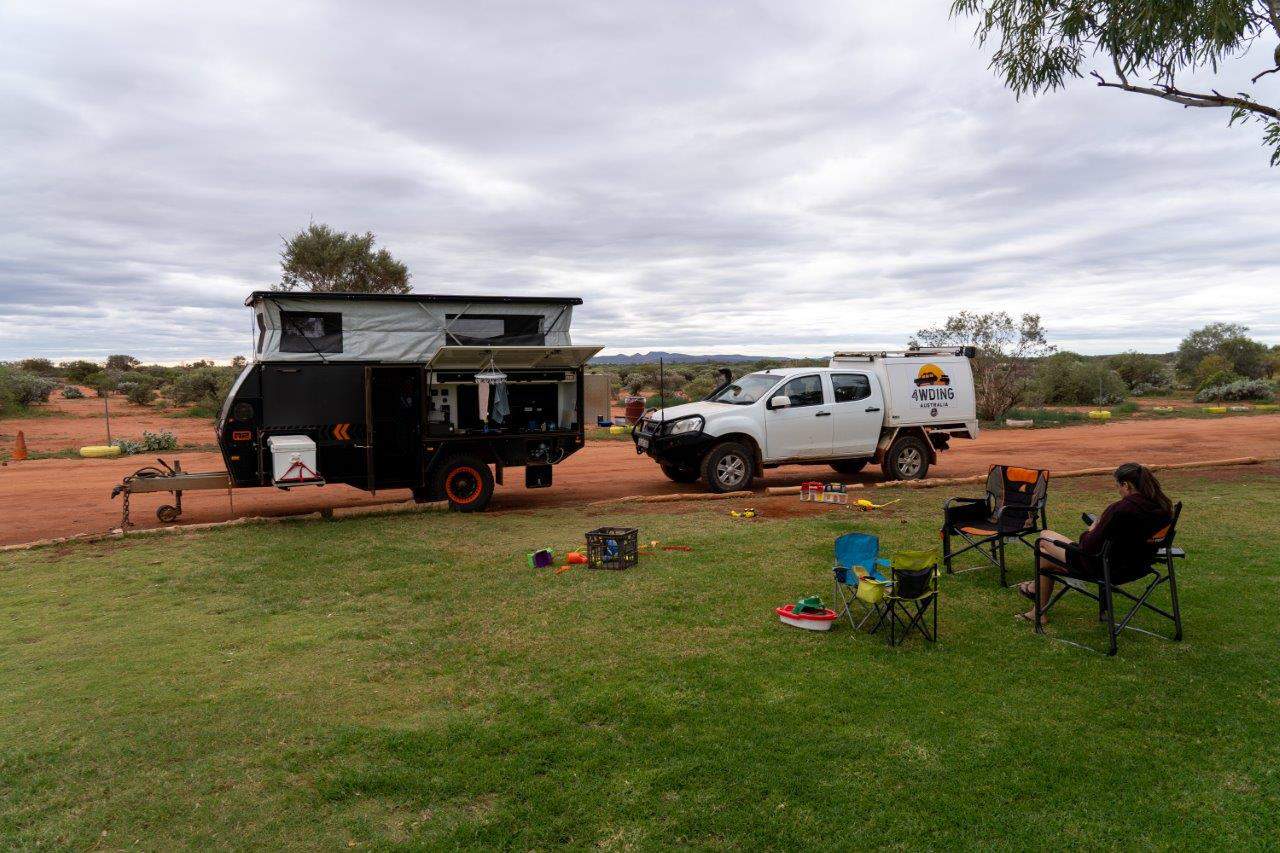 I was really impressed with the Mt Augustus Caravan Park

I was actually so impressed by what they offered that we decided to have a nice meal out at their restaurant, and spent another $130 whilst staying there. 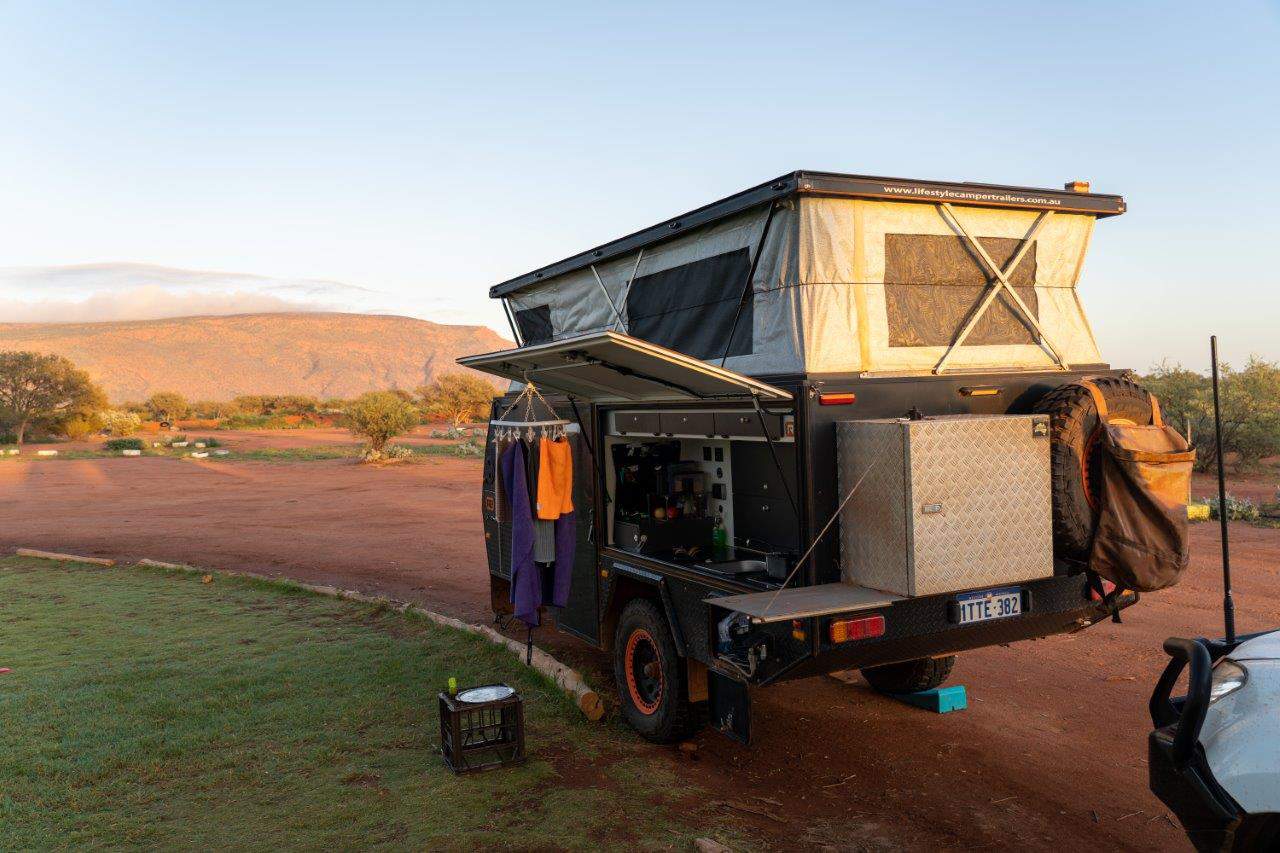 We could see Mt Augustus from camp