Are snakes really a problem when travelling around Australia?

Much like sharks, snakes in Australia are really quite misunderstood. Yes, they can be extremely dangerous, but with a bit of respect, common sense and basic knowledge you can travel Australia safely without fearing for your life every time you head out into the bush. They are not nearly the problem that so many people make them out to be (especially international visitors!). 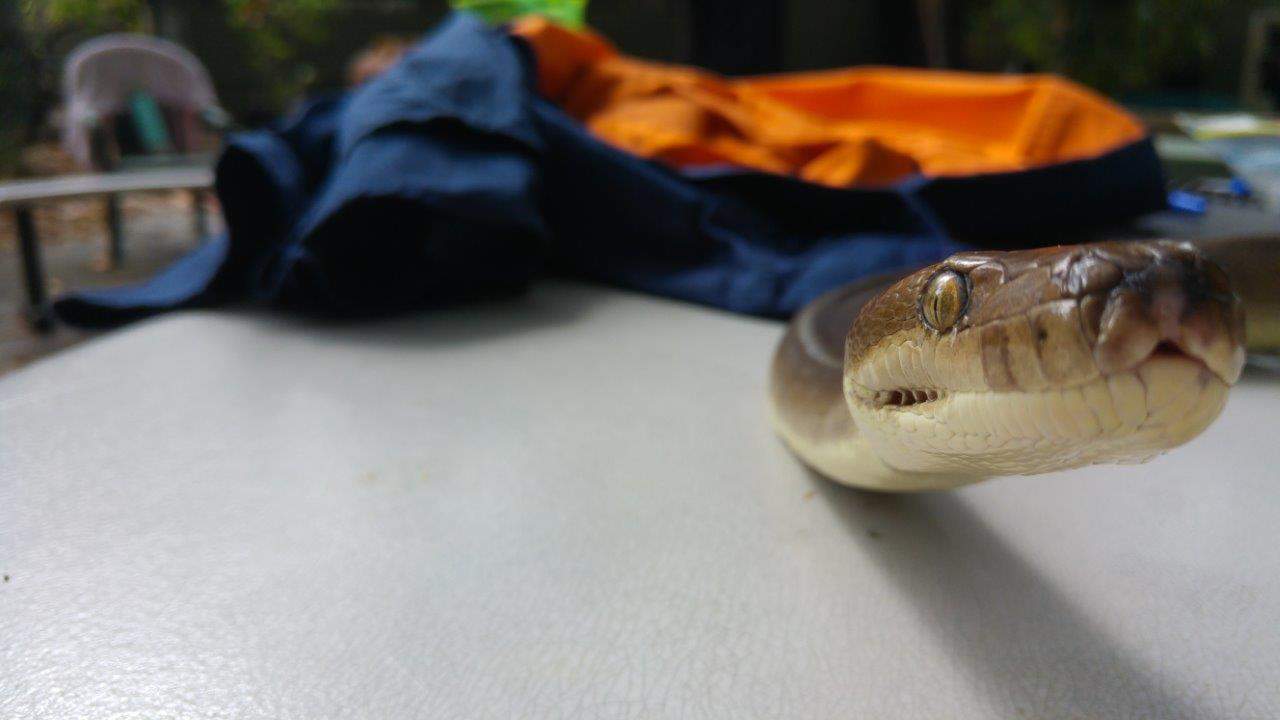 Are snakes really an issue when travelling Australia?

For some background, I was born in Perth and have spent the last 15 odd years exploring this great country, and trying to find the most picturesque, remote and beautiful places it has to offer.

I’ve spent a lot of time in the water spearfishing, and even more time exploring the bush. I have seen a number of sharks in the wild, and snakes in the bush, and have a healthy, but balanced respect and fear of them.

A number of years back now, I was asked to do a snake relocation course, to become a licensed snake relocator for my full time employment.

We have a handful of snakes that make their way through our property at work, and asides from the danger that they pose to people working in the factory, they are a protected species and you are not allowed to take to them with a shovel.

Of course, there are a lot of people in Australia who ignore this, but I’ve always adopted the attitude of caring for our animals as best as you can, unless there’s really no alternative.

In the snake handling training, we were taught about snakes behaviour, and then told to catch a number of wild snakes that were released right in front of us. They literally let wild Dugites, Tiger Snakes and a number of other species out onto the grass near us, and we had to get them back into a bag.

Trying to make an angry tiger snake go into a black bag whilst staying out of its way is always challenging, and we had a lot of fun doing it.

Interestingly, we only ever seem to get Dugites at our factory and probably catch and release about 5 – 10 a year, all in the warmer months.

How do we catch them?

There’s two tools that we use to catch snakes. One is a nice big black bag, like a fish net, but nicely sealed with no holes. The second tool is a long pole and hook.

Snakes will always look for cover, and unless they are huge they’ll usually head into the bag when given an opportunity. We keep the bag between us and the snake, and use the hook to gently guide them into the bag. Once inside, the bag is tipped up, and tied off at the top, and then we drive the snake to nearby bushland and release it carefully. 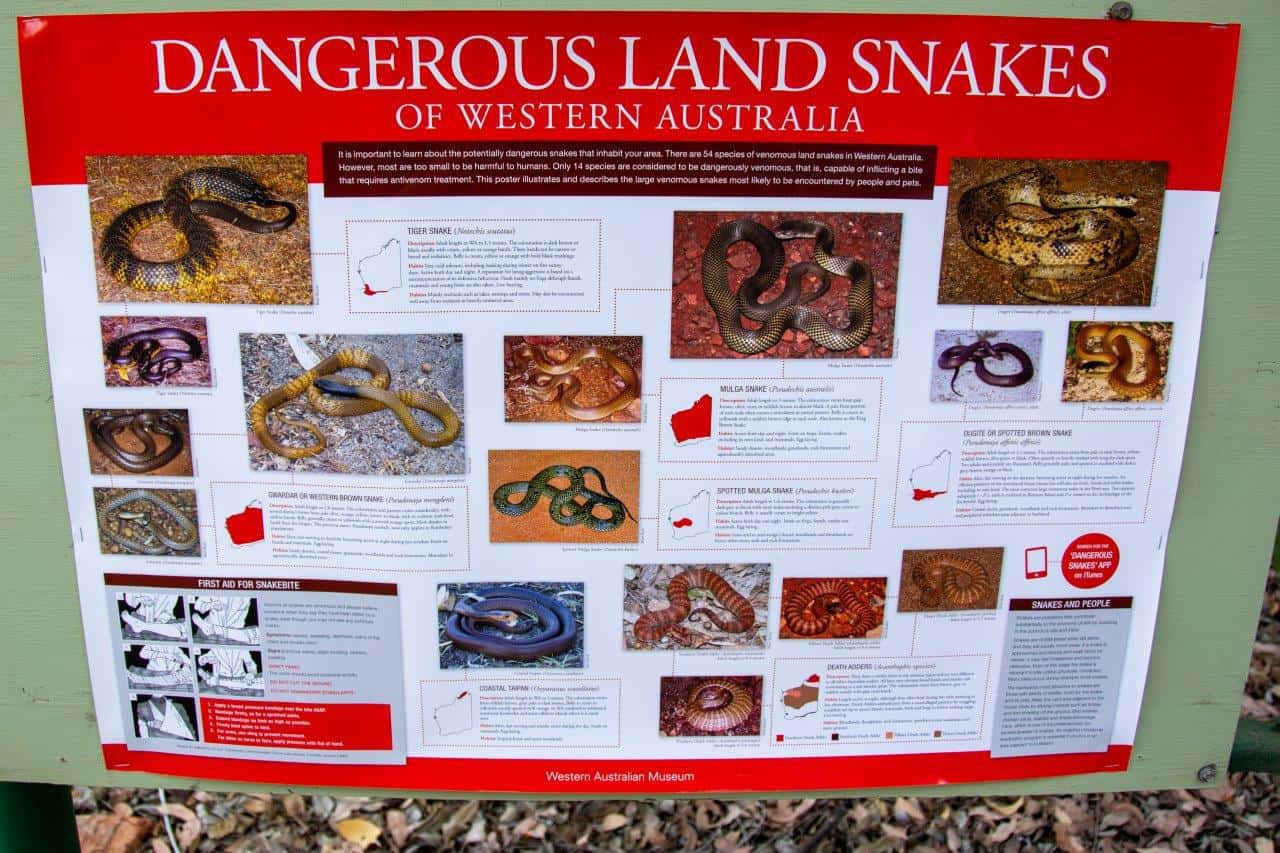 We have plenty of snakes, but you’ll almost never see them

A significant number of snakes in Australia are not venomous at all, and although a bite would hurt you are not at any major risk.

Snakes have very poor hearing. They can hear a bit, but don’t have traditional eardrums.

Snakes are not out to get you. 99% of the time a snake that has an escape route will disappear long before you can get near it. If you corner or threaten it, then its a different story

Baby snakes are not more venomous than adults. This is just a giant myth

Dry bites are very common. This is when a snake bites you but doesn’t inject any venom. Once proven, you require no medical treatment. I forget the figures, but St John are saying over 90% of snake bites are dry, and ultimately harmless. Of course, you always want to seek medical aid as you have no way of telling. The bite will still hurt and swell, but you often won’t get injected, which is a good thing!

Death from a snake bite is very rare if you seek medical aid.

You do not need to know what snake bit you. Do not catch or kill the snake that bit you; its a waste of time and can make things far worse by moving.

Just like sharks, snakes have a bad reputation. The facts dispel this though, and snakes are really not something you need to be majorly frightened about when travelling Australia.

Have a healthy respect for them, wear sensible shoes in the bush and keep an eye out for them, but you very, very rarely see them, and when you do they are gone before you can get anywhere near them. 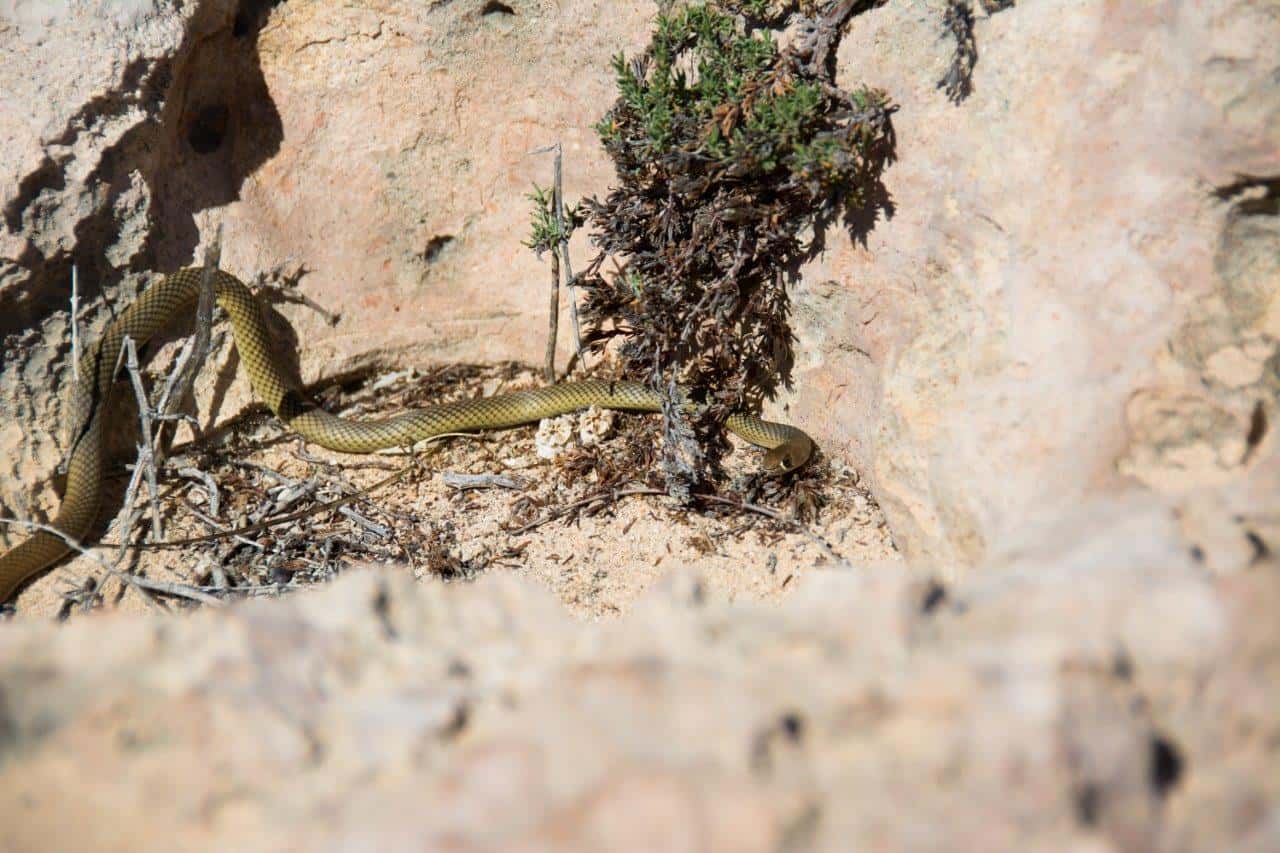 A small Dugite that we saw at Steep Point

What should you do if you see a snake?

The best thing to do if you see a snake is to stop, and back away carefully if possible. Teach your kids to always be on the lookout for them, and to give them space.

If you do happen to get bitten by a snake, you need to do first aid well, and as fast as quickly, and then seek medical aid. Stop the person who’s been bitten from moving any more than they absolutely have to, as this is the main contributor to venom going through the body.

Here’s what you should do if someone is bitten by a snake:

Follow the DRSABCD process (and get an ambulance coming), and lay the casualty down. The more they move, the worse it is

Apply a pressure immobilisation bandage to the affected bite, and work your way up the limb. This should be tight enough without stopping blood flow.

Record the time of the bite, and when the bandage was applied, and then sit with the casualty until help arrives. 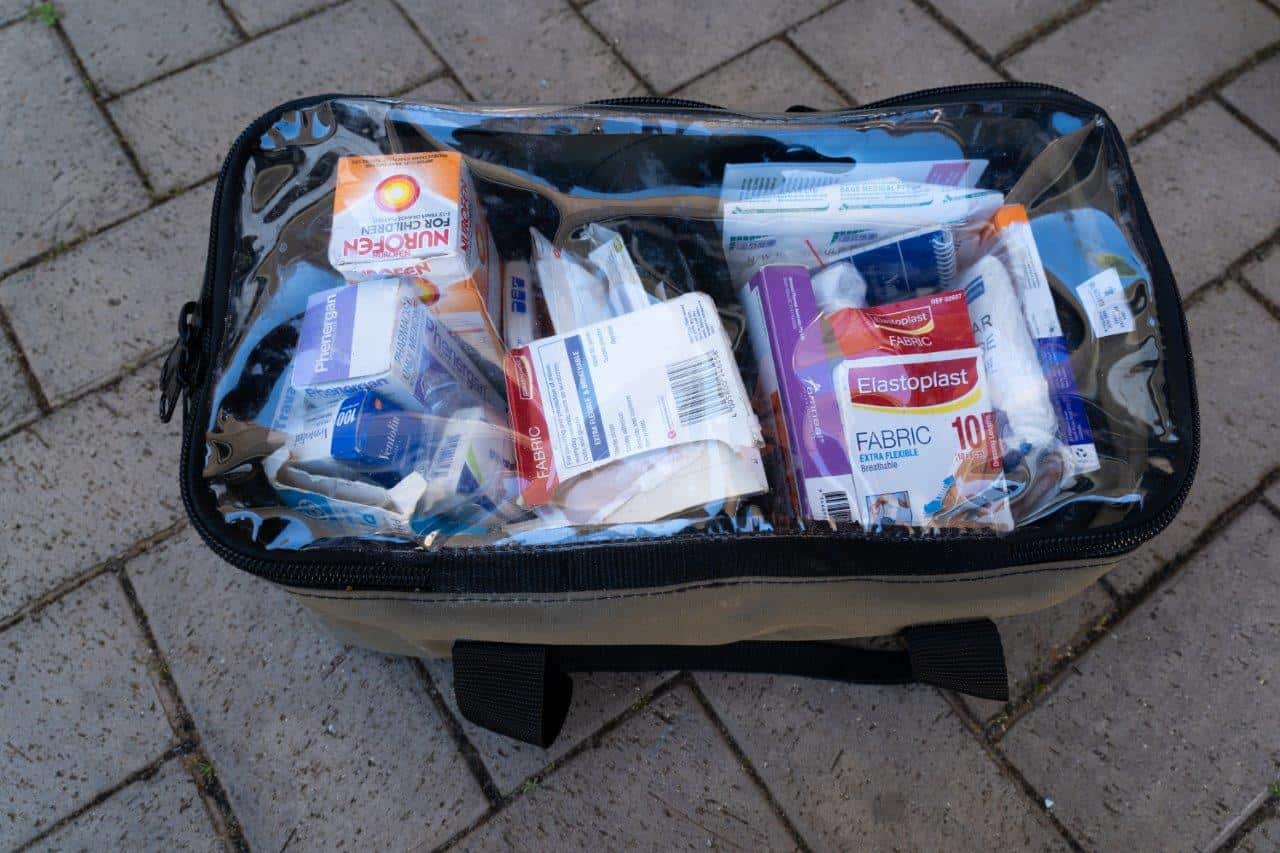 Be respectful, but not fearful

As mentioned above, you should have a healthy respect for all animals (even Kangaroo’s can badly hurt you!), and keep a keen eye out for snakes when you are out in the bush, but I don’t feel you should be overly frightened of them. Take a good first aid kit, know how to use it and have a way of communicating with the outside world.

Providing you get medical help quickly, you are very unlikely to have issues, and that’s ignoring the fact that getting bitten by a snake is already incredibly rare. They are not at every corner, and waiting to bite people!

We’ve seen plenty of snakes in the wild, and its very rare that you are in a situation where they’d bite you. 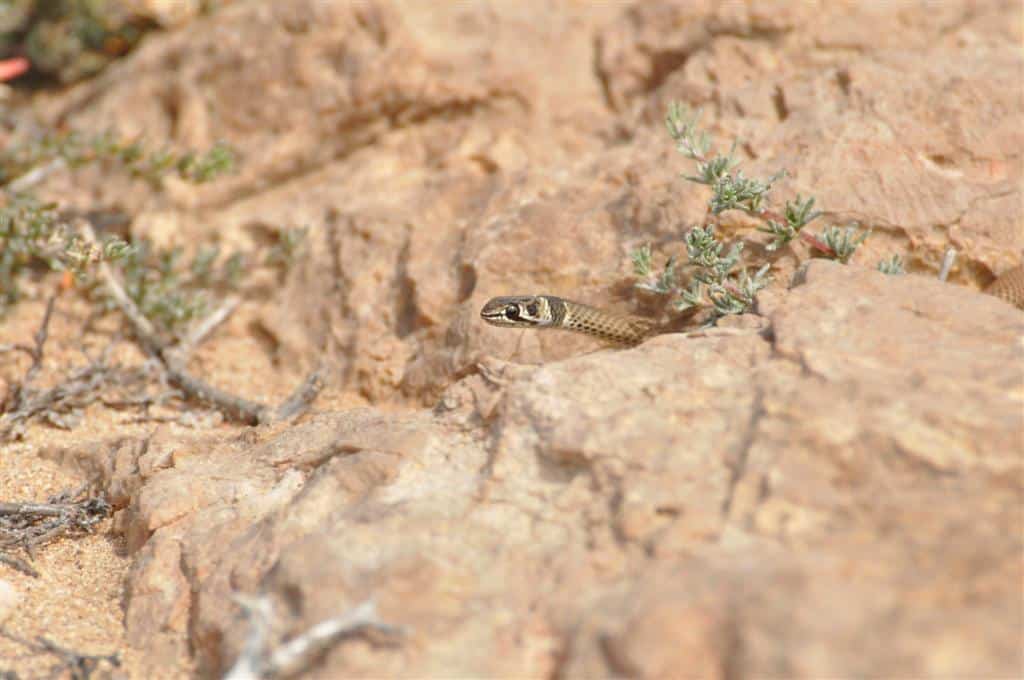 Be respectful and careful, but you shouldn’t be petrified of them