A leaking front diff on our Dmax

When we travel, I make a point of looking under, and all over our travel setup at least once a day, just to make sure everything is OK.

The longer the trip we have to do, the more thorough my checking, and on our last night at Karijini before driving 1400km home, I was poking my head around the Dmax when I noticed a small puddle of oil on the front bash plate, right under the differential.

Lovely. Of course, these things happen right when its most inconvenient. That said, we’d done 6 weeks of touring WA and had virtually no other issues, so I guess I shouldn’t have been complaining too much. 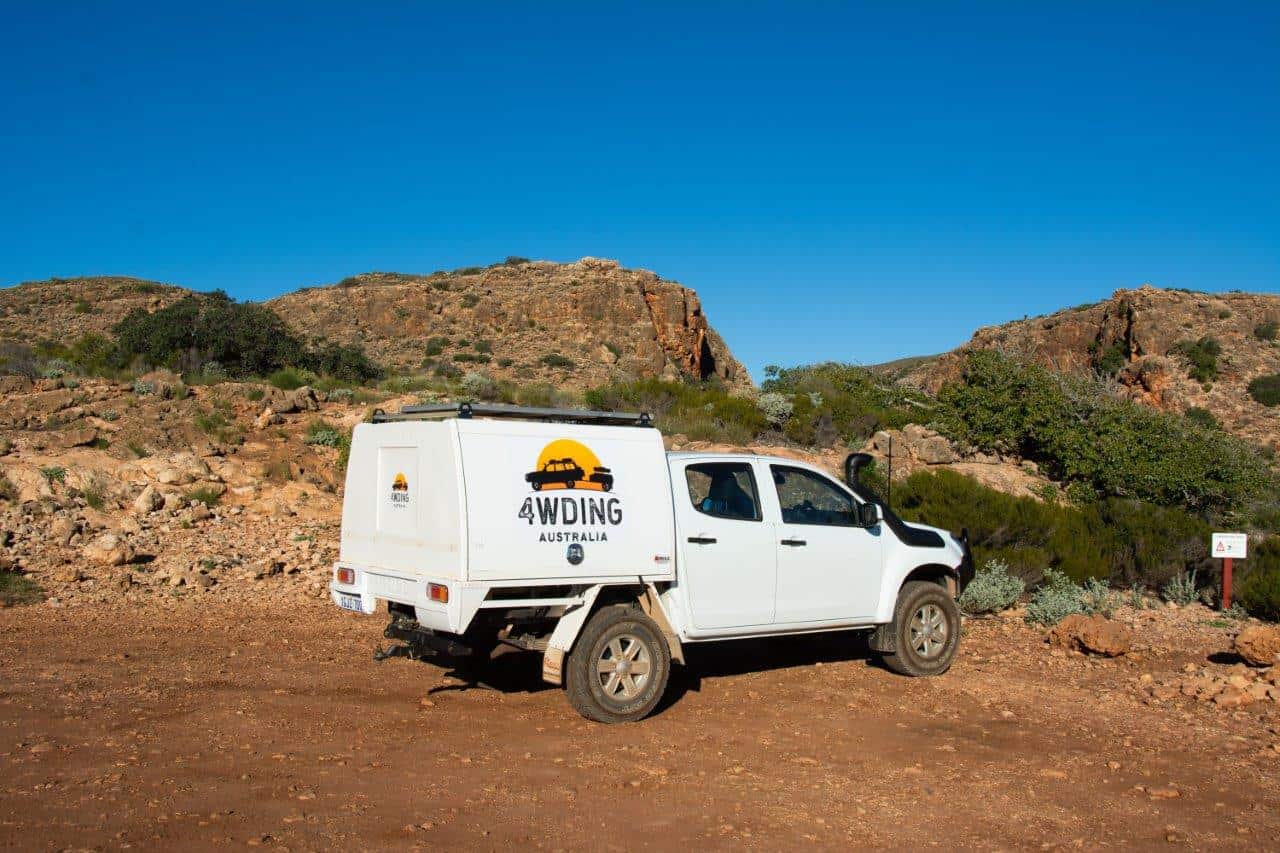 After 6 weeks of punishing work, I guess we didn’t have too much to complain about

I put my finger onto the bash plate, and grabbed a small part of the oil. A quick rub between the fingers and a sniff and I knew it was gear oil, most likely from the front differential. It was leaking from where the main differential section bolts onto the flange for the 4WD actuator section, and CV’s.

It was late, cold, getting dark, the oil loss was minimal and the last thing I felt like doing was laying in the dirt to investigate, so I committed to monitoring it the following day to see if any more oil came out.

We’d just done about 130km driving to Hamersley Gorge, at around 80 – 100km/h and the roads were pretty atrocious, so I wondered if something had just come apart a tiny bit, and the oil had wept out. I was also wondering if the oil might have gotten hot, and just frothed up and out a breather. 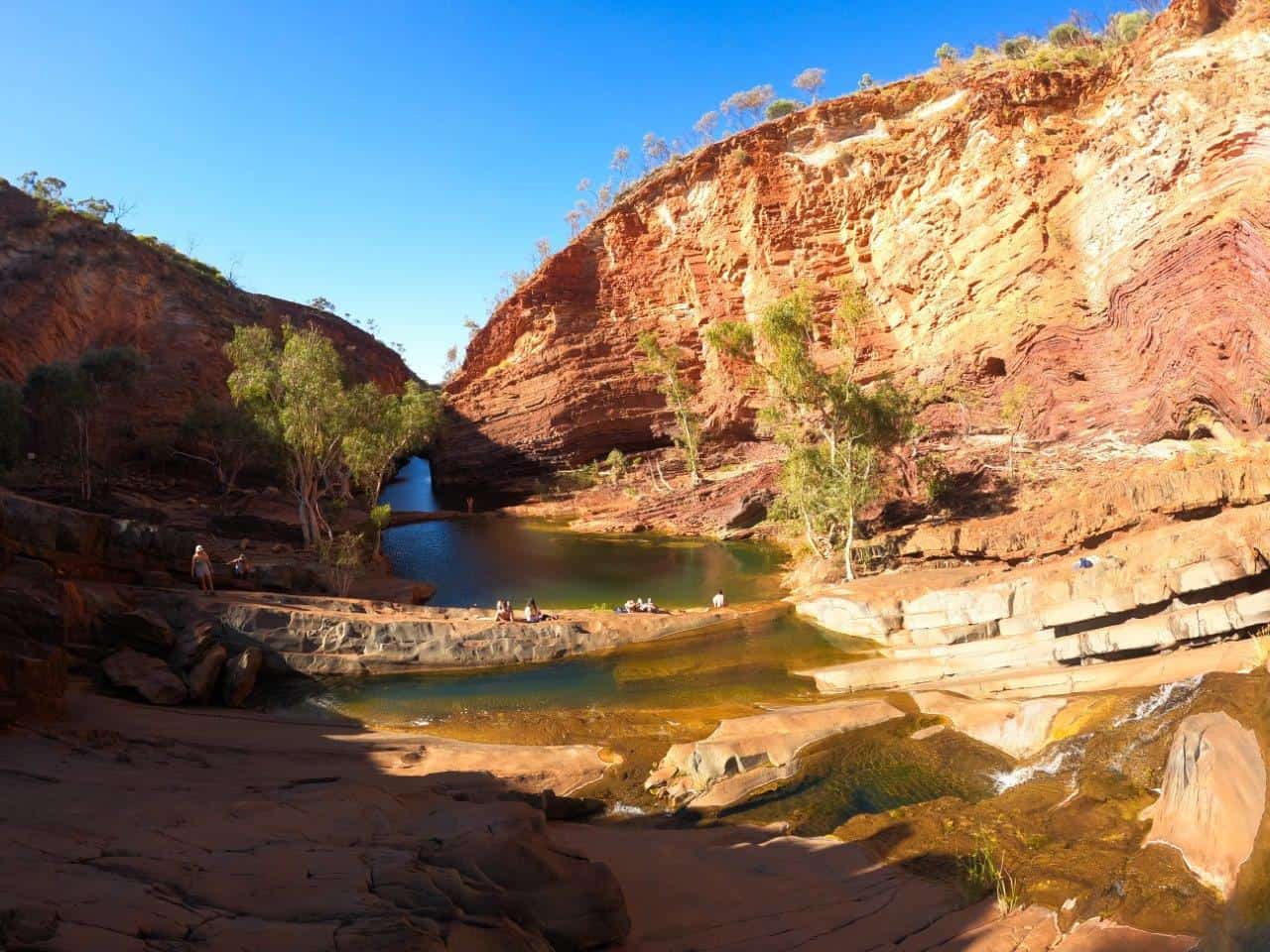 Hamersley Gorge was amazing, but the drive from Dales was pretty average

The following day, we drove about 30km before checking again, and there was no further oil loss. I checked a few more times, before completing the 1400km back to home over two days, with zero further oil loss. 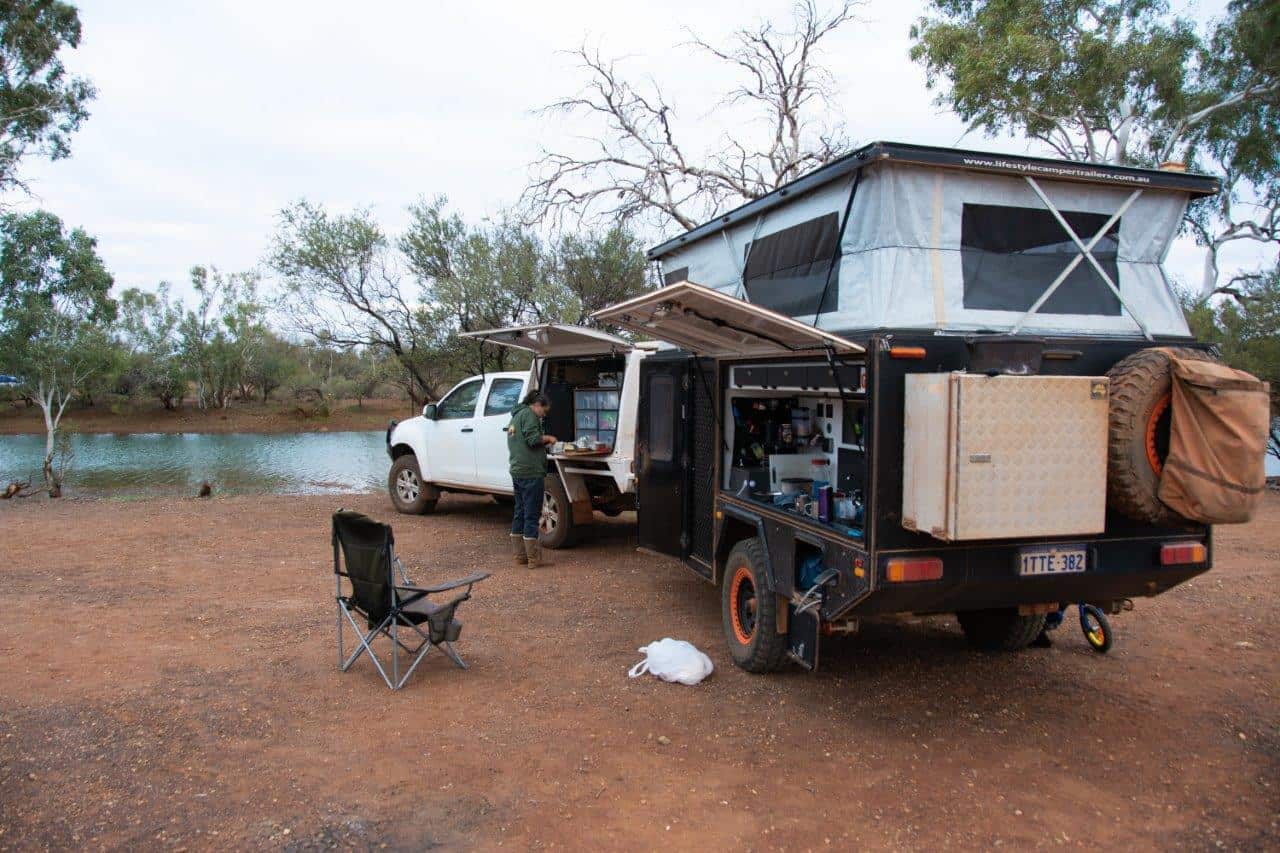 Back at home, I took it to the local Isuzu dealership to get checked out. They also needed to fix a small weep from the aftermarket transmission cooler that they’d installed, which used non adjustable hose clamps. The hose had obviously shrunk a bit, and the hose clamp wasn’t able to provide enough clamping force over the barb to stop it from leaking.

Isuzu booked it in, telling me that the section it was leaking from was where the front CV shaft engages, and that it has its own oil supply separate to the front differential.

This explains why no more came out. The foreman also explained that there’s no gaskets sealing the bits together; its just siliconed up without gaskets, which seems a bit suss.

When the day came around for the work to be done, they checked the oil level and said it was fine, and that there was no obvious leak (which you’d guarantee as I’d degreased it all), and said to monitor it.

I’ll do exactly that, but I suspect that the corrugations or heat made the oil work past some silicon, and it had to have been over filled in order to leak out, and still be at the same level. 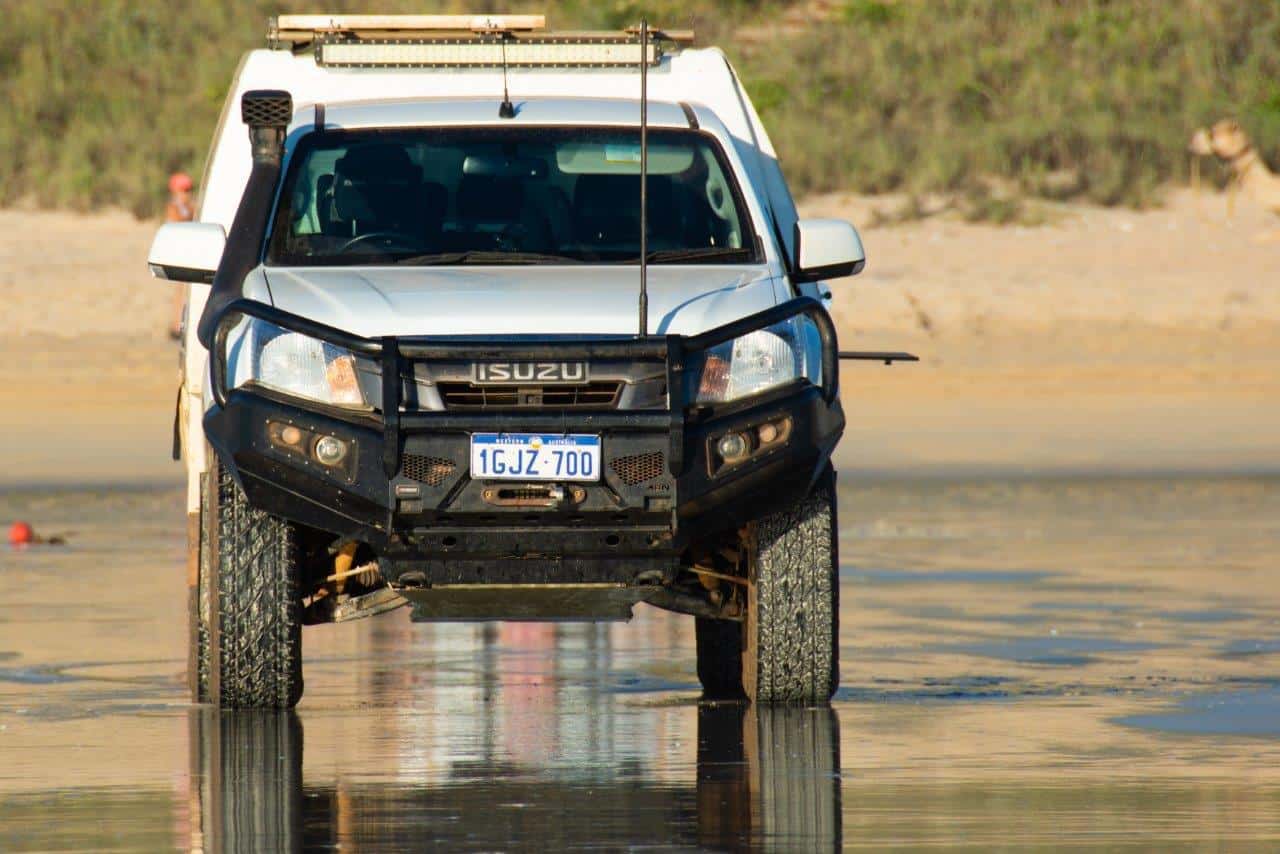 Our Dmax has been on some pretty average roads

Lets see if anything further progresses from it, and like always, it will go on our Isuzu Dmax Review.