What’s the maximum tray length on a ute?

If you are looking to fit a tray to your Ute, its important that you get something that is going to be functional, legal and sensible.

A lot of people are curious about the maximum tray length on a Ute that should be fitted, and there are actually some regulations around it, and reasons for fitting different length trays.

Traditionally, dual cab Utes always had 1600mm long trays, but this has grown over the last few years, with some people running 1900mm trays as ‘standard’. To be fair, the actual size of dual cabs has also grown, so its generally in proportion.

It’s worth noting that space cabs have much longer trays, at the cost of losing half a seat spacing in the body of the vehicle. Single cabs then have the longest, and lose another half, giving you one row of seating only.

If you are considering installing a canopy, you should read our Ultimate guide to buying a Ute Canopy.

If you have a look online, you’ll see that the Australian Design Regulations, or ADR specify that your rear overhang cannot exceed 60% of your wheel base.

The total maximum tray length in this example then would be 1857 + 400mm, or around 2.2 metres. I can tell you that running a tray this long would be a major mistake in almost every single circumstance, but that’s what the law allows.

Why would you want a longer tray?

Most people who want a longer tray do so for extra storage room. There can be instances where this is practical, but you should remember that more storage usually means more weight, and that is where your major issue will come.

What’s the disadvantages of a longer tray?

Harder to fit in a car park

The longer you make your tray, the longer the vehicle will be and the harder its going to be to fit in a regular car park. A lot of Utes today are much bigger than they were in the past already, and they take up enough room as it is.

If we roll with the example above of a Dmax with a 2.2 metre tray, you are going to be looking at a vehicle that’s nearly 6 metres long, which is way too long for your average parking bay, and would make getting in and out a total nightmare. 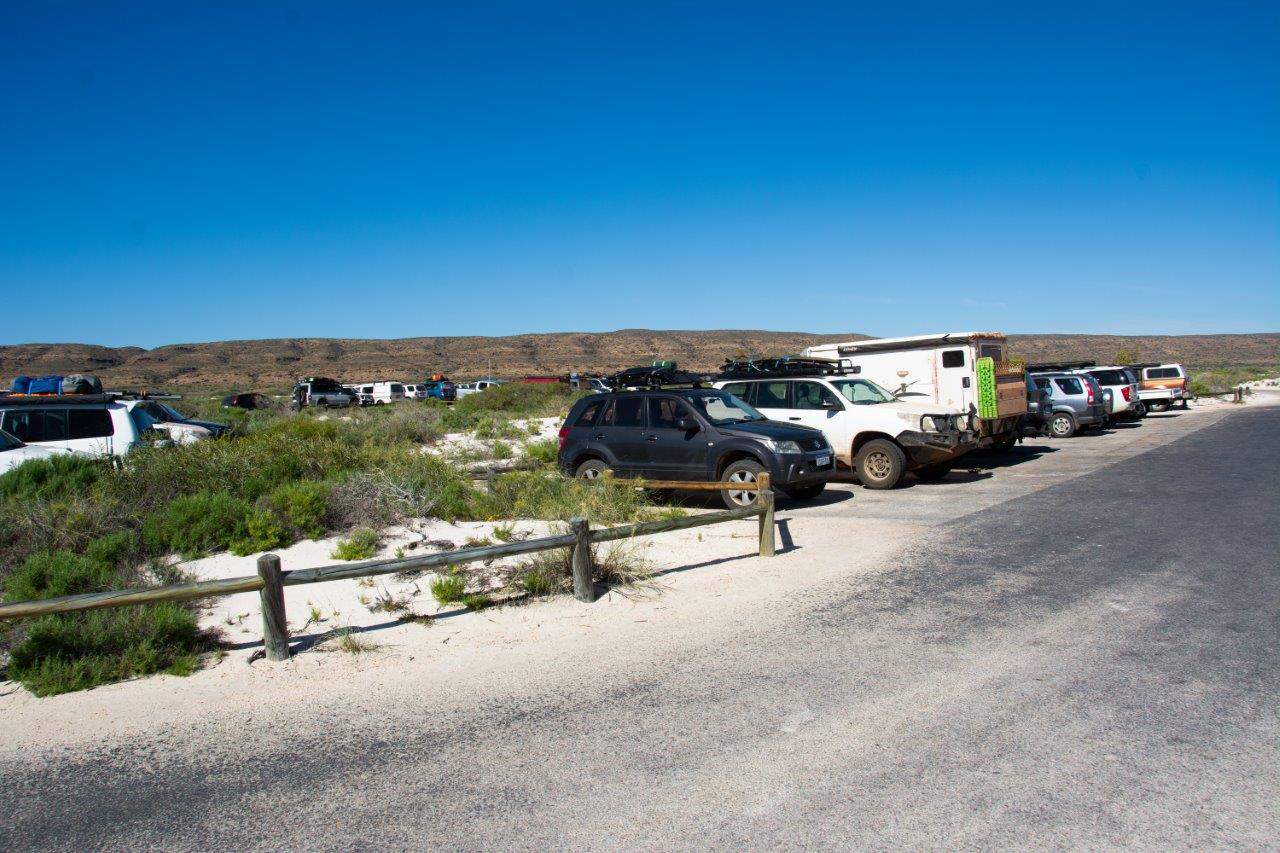 Could you imagine trying to park a 6 metre vehicle?

By far and away the biggest reason for keeping your Ute tray short is for good weight distribution. On a typical dual cab Ute, when you apply weight to the tow ball you apply huge leverage, which lifts the front of the vehicle and transfers weight backwards.

100kg of tow ball weight is around 144kg of weight applied to the rear axle, and when you fit a long tray, many of them hang out level, or even beyond the tow ball, which means you can be applying even more leverage.

Ever seen a photo of a bent Ute chassis? If not, jump on Google and check them out; it happens all the time and its almost always from a poorly, or overloaded setup. Often they’ll run a heavy canopy with all the fruit, but that’s not always the case.

Harder or impossible to hook a trailer up

The number of times I’ve seen people get trays that are only marginally longer than the factory setup, and still had issues hooking a trailer up, or being able to turn with one on is astronomical. If the tray hangs out anywhere near (or past) the tow ball, you are going to have major issues trying to hook it on. 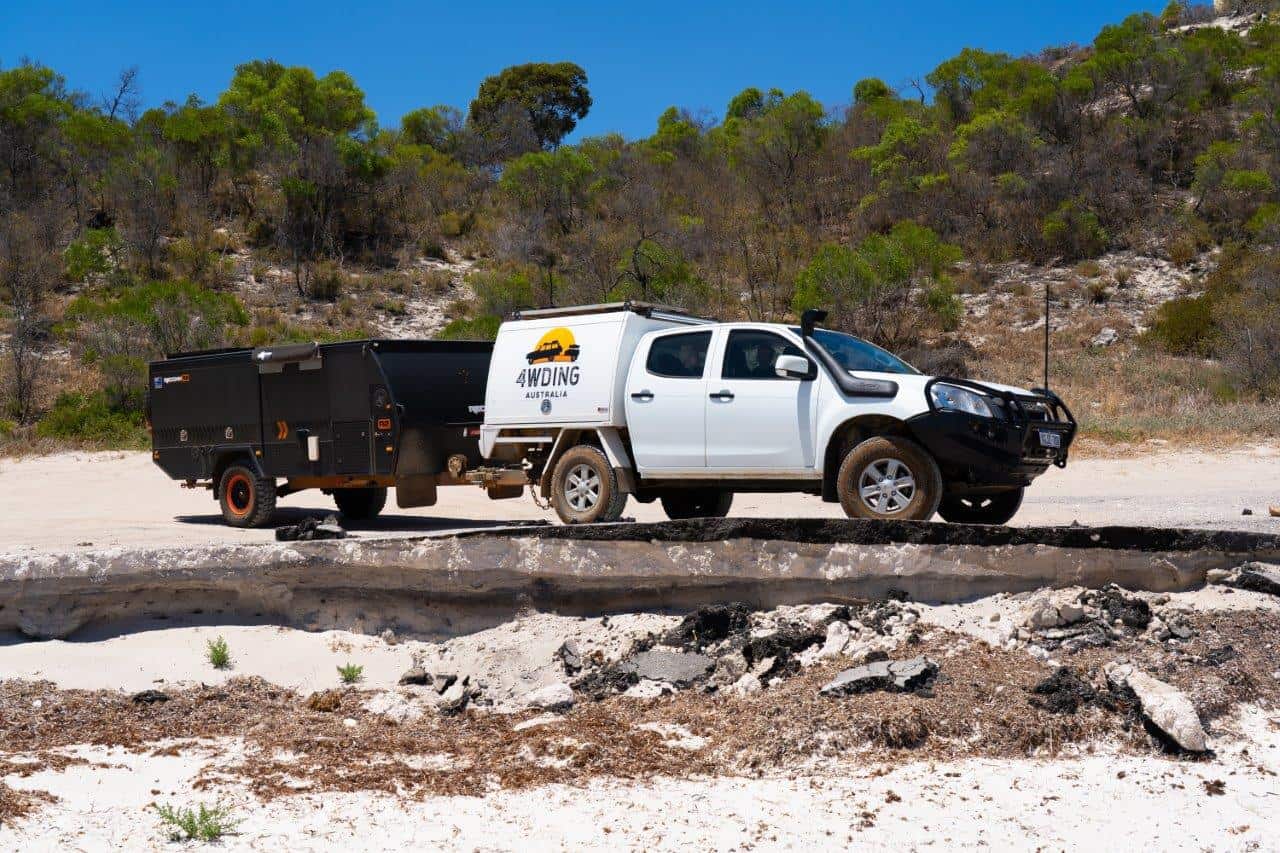 The longer the tray, the harder it is to tow something

Easier to damage your trailer or tray when towing and turning

As above, there’s a lot of damaged Ute trays and canopies, along with the trailers that they were towing. This is simply because the longer your tray, the more chance there is for it to hit your trailer when you turn. Essentially the two come together on one side, and it can be an expensive mistake.

The shorter the tray, the bigger the gap and the better you’ll be able to manoeuvre your trailers, with less (or no) chance of damage.

Ideally, the standard size tray is what you should go for, unless you intend on loading it up hugely in which case something slightly shorter is better. For most dual cab Utes today anything between 1600 and 1800mm is ideal, with anything longer than that (and even 1800 sometimes) pushing the friendship.

Obviously there are some specific examples where a really long ute tray might be beneficial. If you were moving insulation (or something else light weight) every day with no need to ever tow a trailer, then there’s justification to get the maximum tray length.

However, if you are like the average Joe, you should seriously consider keeping it at the standard length, or even a bit shorter if possible.

Our Dmax has a 1730mm Bull Motor Bodies Ute Canopy on it, which is as long as I’d want to go. It doesn’t hit our Reconn R2 when we turn sharply, but it gets pretty close, and shorter is better for weight distribution.

What tray length do you run? Why? 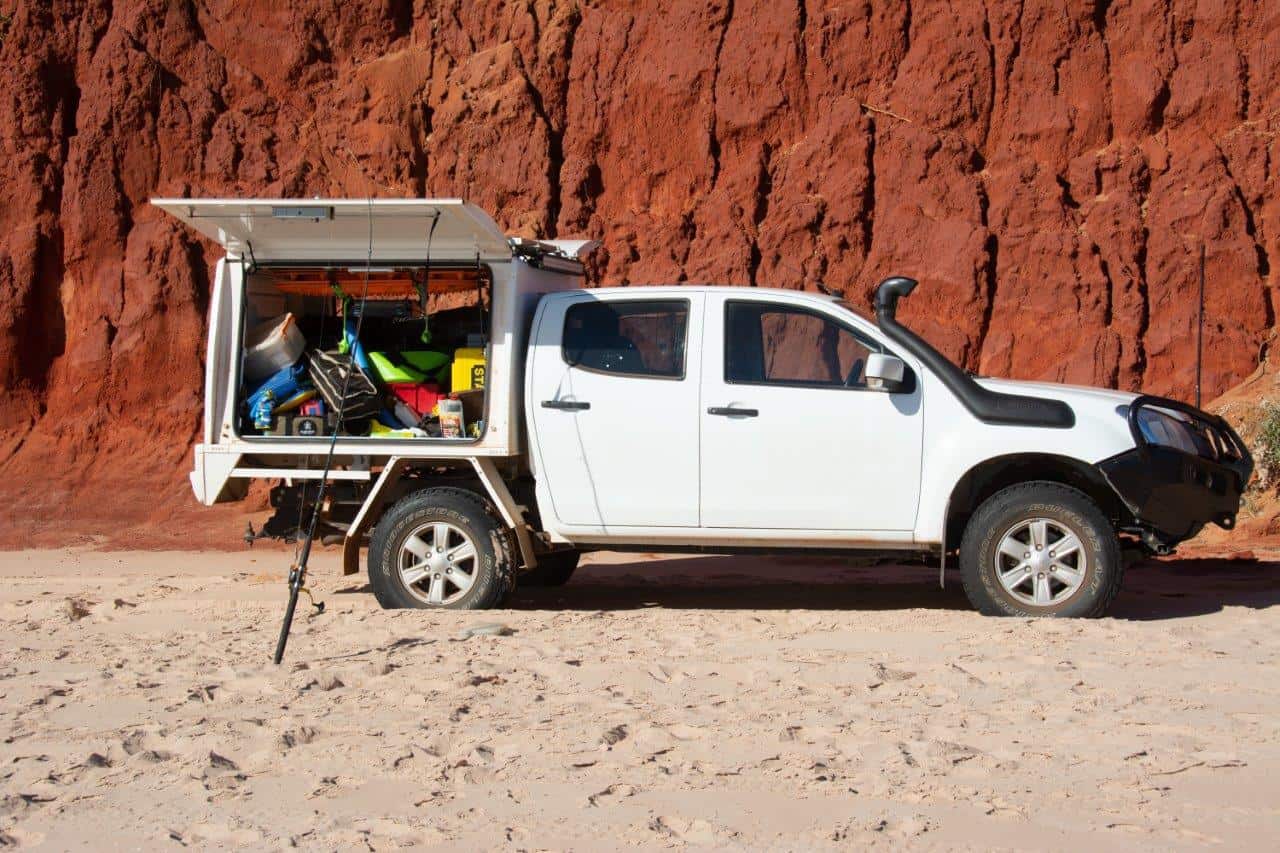 Our Dmax Canopy is a decent length, but we wouldn’t want anything longer!