If you are looking for a fairly easy 4WD track (with plenty of medium to extremely difficult tracks on the side) to explore some of WA’s south west then the Logue Brook to Harvey track is a great place to start.

This trip comes from the book ‘4WD Days out of Perth’, and is well worth the look. In case you are wondering, it is the 13th trip in the book. If you haven’t bought the book, it’s well worth getting. 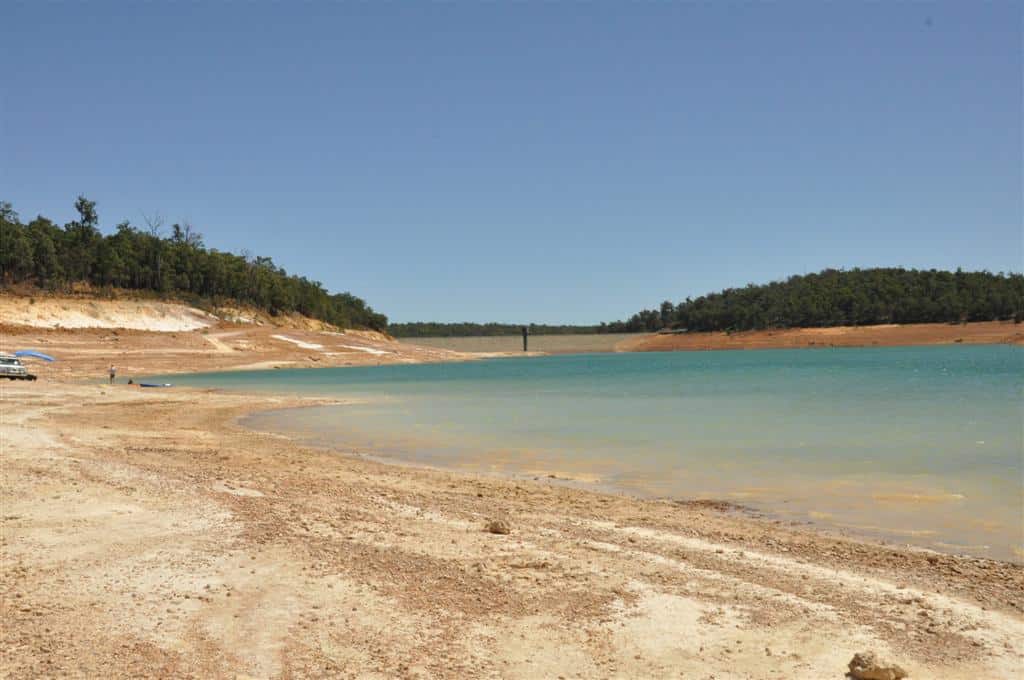 Who could resist a swim!

Where does it start? 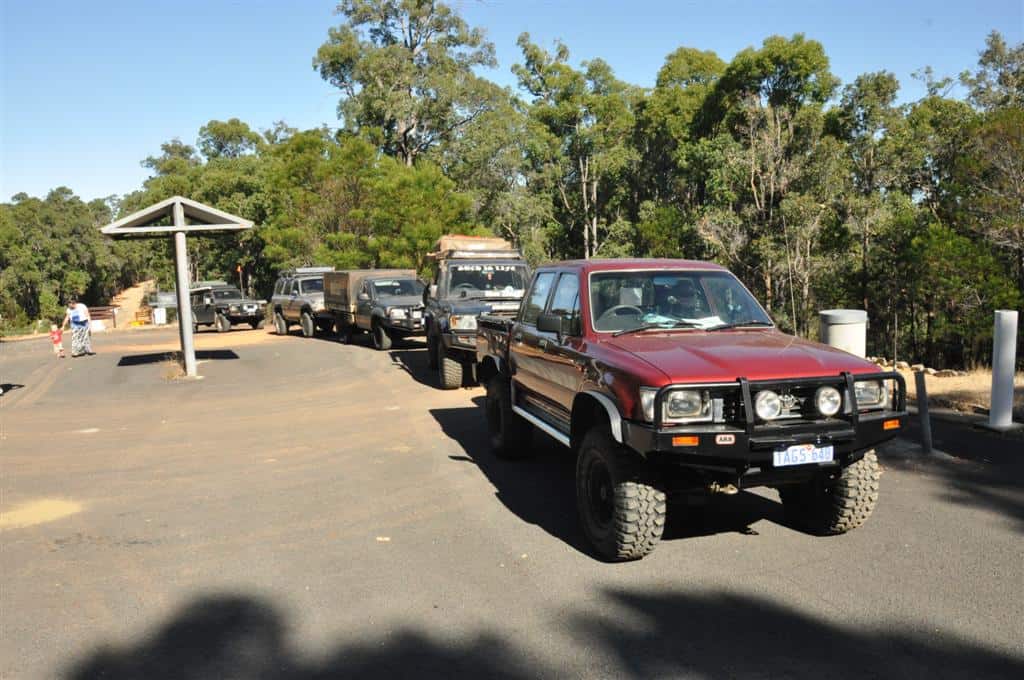 Getting ready to start the track

The start of the track is a reasonably wide gravel road that isn’t always very well graded. From there, it turns into much smaller tracks that meander through the bush. You do occasionally hit hills (especially near Harvey Dam) but almost all of the track can be done without much effort on your four wheel drive.

It pays to have your car in four wheel drive though, as there have been some nasty accidents on the gravel roads. 4WD high gives you much better traction (and your tyre pressures should be dropped to around 25 PSI too)

When is the best time to go?

I suppose this depends entirely on what you want to do. Summer is great for swimming in the dams, but the four wheel driving is much dustier and the tracks tend to be easier. Spring would be a nice time to go, and winter is for those who want to get their four wheel drives muddy!

How long does it take?

The whole track (starting from Logue Brook Dam) would probably take less than 2.5 hours if you drove it without stopping. However, no one in their right mind would do that – there is a number of great opportunities to stop and cook lunch, or relax overlooking the massive bodies of water.

If you leave a good half a day you will have a great time. If you are coming from Perth and have a well set up four wheel drive, there is no reason why a full day (or more) couldn’t be dedicated to the track (as there are plenty of side tracks to explore!)

WA has so much bush!

Can you do it in a soft roader?

Throughout most of the year I doubt you would have any issue in a soft roader. Of course, it does mean you need to watch your clearance and where you put your tyres, but the track isn’t that difficult. In winter though, I would imagine it could be difficult in places if you only have road tyres and minimal clearance.

Providing you have a fresh water fishing license, you can fish in both dams. Make sure that you are only fishing on the weir road side of Harvey Dam though; otherwise you might cop a fine from the rangers. Red Fin Perch are common (and aren’t allowed to be thrown back as they are a pest) and are fun to catch. If you are lucky enough, there are trout around too! Fishing is quite popular year round, and there are plenty of fish to catch.

Drive carefully on the gravel roads

I want to specifically mention the need to be extra careful on gravel roads, primarily because of an experience I witnessed not so long ago. A group of us met at Logue Brook Dam, and set up to do the track. When everyone was ready, we started to drive along the gravel road. I commented on how poorly graded it was, and was sure to stick to the left hand side of the track and keep my speed down because of this. 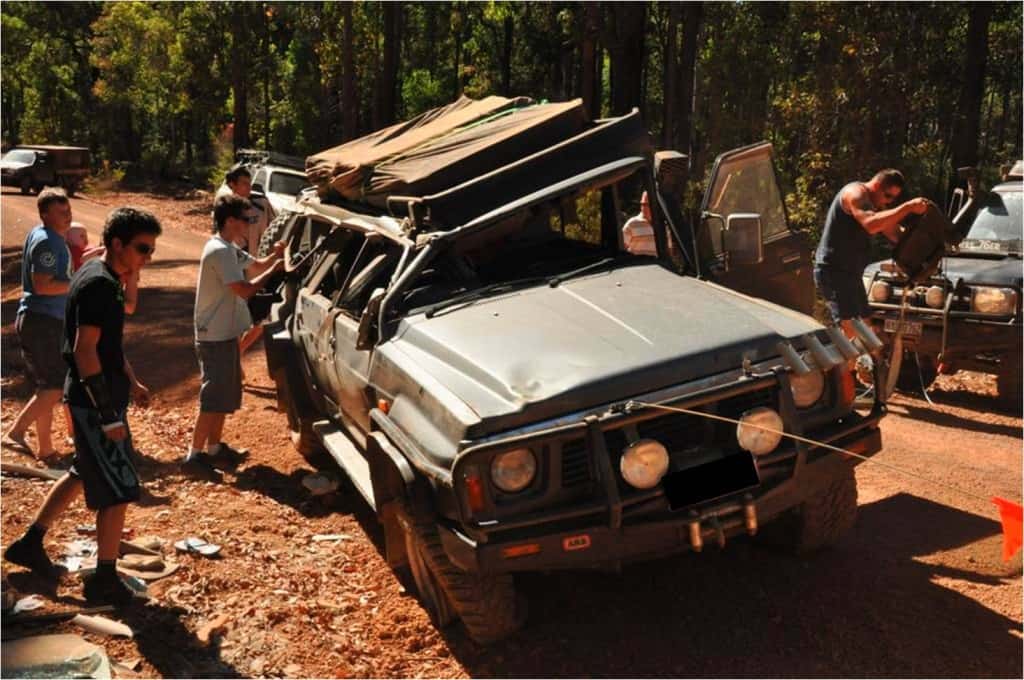 A quick way to end the day

Every time an oncoming vehicle came we would mention it over the UHF to ensure that everyone in the convoy (5 cars) had time to safely move over and slow down even more. We arrived at the Hoffman Mill turn off not long after, only to realize that one car was missing. I headed back to find them, and came across one of the most gut wrenching scenes I’ve ever witnessed.

A mates Nissan Safari (the same as a GQ Patrol or Ford Maverick) was on the side of the road, upside down. Everyone had made it out of the car (luckily with only a few bruises) including a 20 month old baby but it could have very easily resulted in someone’s death.

The Patrol had come over the hill, moved across a bit more to allow another car to go past in the other direction and the Patrol began to slide sideways. With the massive corrugations not much could be done to bring the car straight again (even though it was in 4WD), and when it got near the edge of the road (which was extremely soft) one wheel went down and the car rolled right onto its roof. One tyre was off the bead, and with the help of the convoy we righted the vehicle, got the tyre back onto its bead and slowly towed it to the caravan park.

The car was clearly written off, but thanks to plenty of heavy bar work all of the occupants escaped unharmed. It was certainly the worst start to our trip, and it was a very serious reminder of the need to be very careful on gravel roads.

You won’t find it hard to access some of the more difficult tracks from Logue Brook to Harvey. There are hundreds of side tracks in the area, and they range massively in difficulty level. Some are fairly easy, and there are others that would require twin diff locks, 35’s and some serious driving ability. I would even go as far to say one of the tracks we came across would give Bob’s Hill in Brunswick a run for its money! 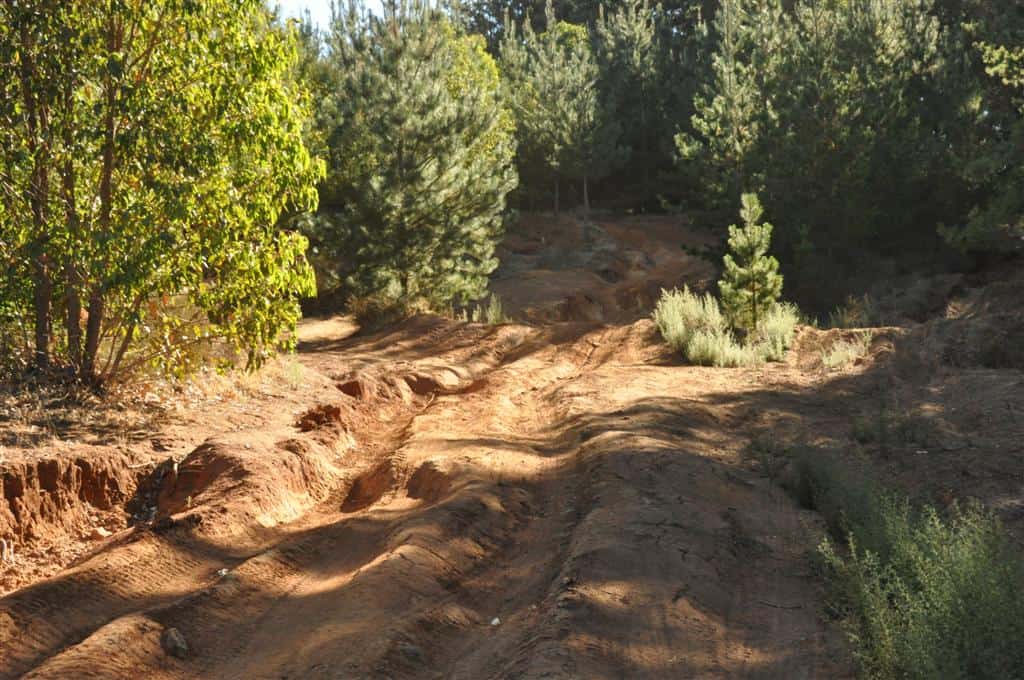 There are some insane tracks around Harvey

There are 3 places in which you can camp around Logue Brook and Harvey Dam. The first is the Logue Brook (or Lake Brockman) Caravan Park. Obviously this is less private than a bush campsite, but you do have a few extra amenities available (at a cost).

You can camp at Logue Brook Dam in one location (4 during peak seasons) for a few dollars a night ($7 for adults, $5 for concessions and $2 for children). Alternatively, you can camp at Hoffman Mill, which also costs a few dollars a night but is closer to Harvey Dam. Other than that, there is no Harvey Dam Camping, and despite the many people that do stay there, you can, and might be fined for doing so.

What is the total distance from Perth to Perth?

The total distance from Perth to Logue Brook, then Harvey Dam and back to Perth is around 380km. This will increase depending on how many tracks you decide to explore!

Popping out to see this was incredible

There are a massive number of tracks going through the bush from Dwellingup to Logue Brook Dam, Waroona Dam, Harvey Dam, Brunswick Junction and Collie. You won’t get bored exploring them all! However, you might get lost if you don’t have a GPS! 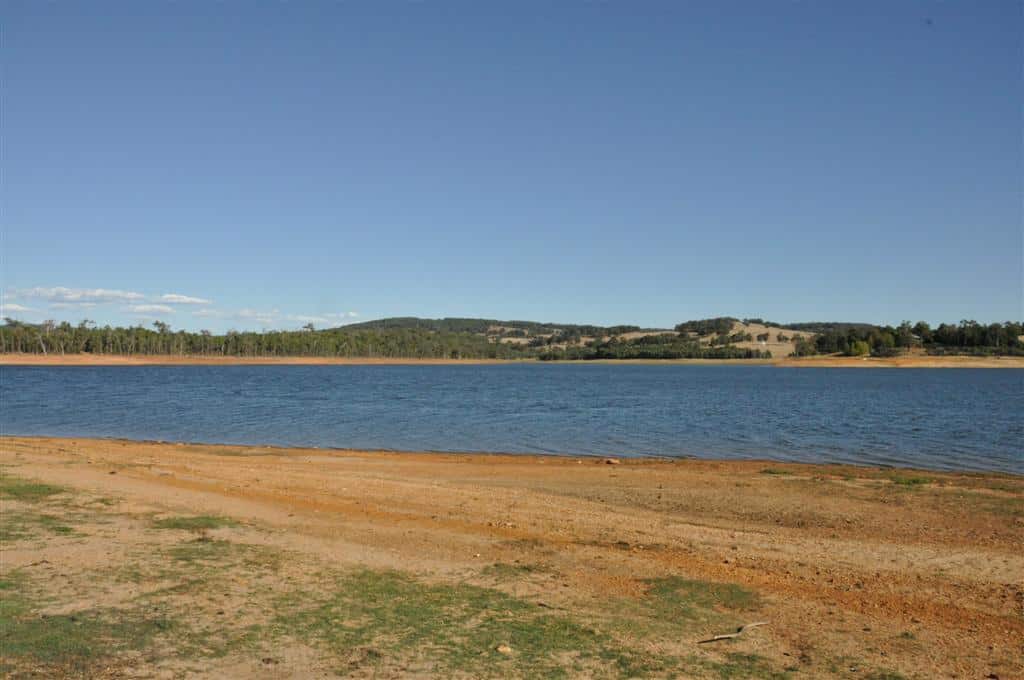 What a beautiful place