There’s something brilliant about fishing on a beach right next to your 4WD, with a bit of shade set up and the waves crashing in. Fortunately, 4WD beach fishing around Perth is actually quite easy to do, and there’s a number of places you can head both south and north of the river.

The species being targeted usually remain pretty similar, starting off with whiting and herring, and then working your way towards flat head, tailor, mulloway, sharks and in season the WA salmon! 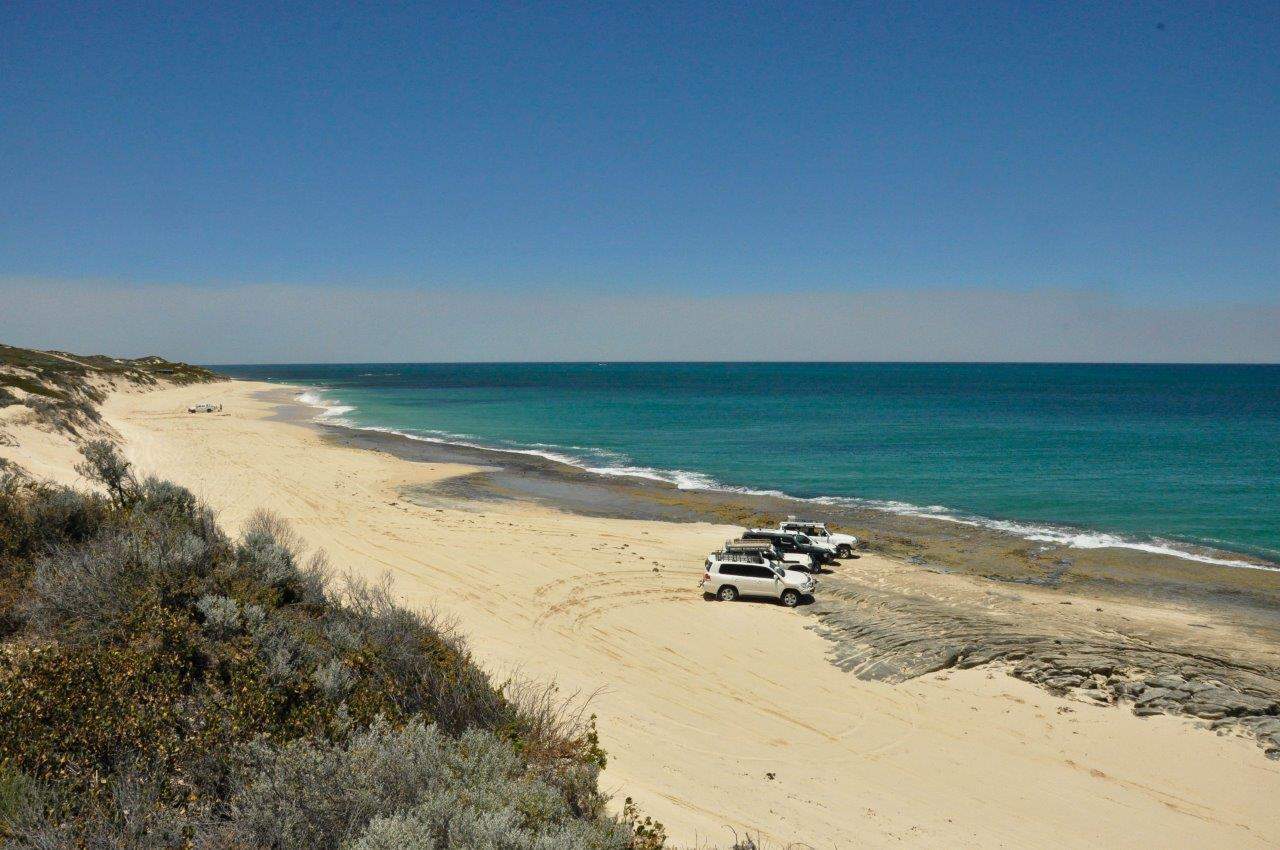 Before we get onto this, you should know about beach tyre pressures, how to safely recover your 4WD, and that the beaches and entrances change a lot between summer and winter. This year some of the beaches were closed because they were so badly eroded that it became unsafe, and people were rolling their 4WD’s!

The closest place south of Perth is Tim’s Thicket, just south of the Mandurah cut. Access is from the Old coast road, turning west onto Tim’s Thicket Road. This is bitumen until the gravel car park at the end, at which point you can either walk to the beach, or let your tyres down and drive onto the beach.

White Hills is just south of Tim’s Thicket, and the access road is also off Old Coast Road, and ironically called White Hill Road. The road in is white gravel, and you’ll end up on the beach.

You can drive between Tim’s Thicket, but only when the tide is really low as you have to get around some rocks and you risk a nice salt water wave hitting your vehicle. We’d suggest you drive around!

Preston Beach is located next to a small community, and is accessed off the Forrest Highway. It’s bitumen all the way into the carpark next to the beach, and from there you can head onto the sand. 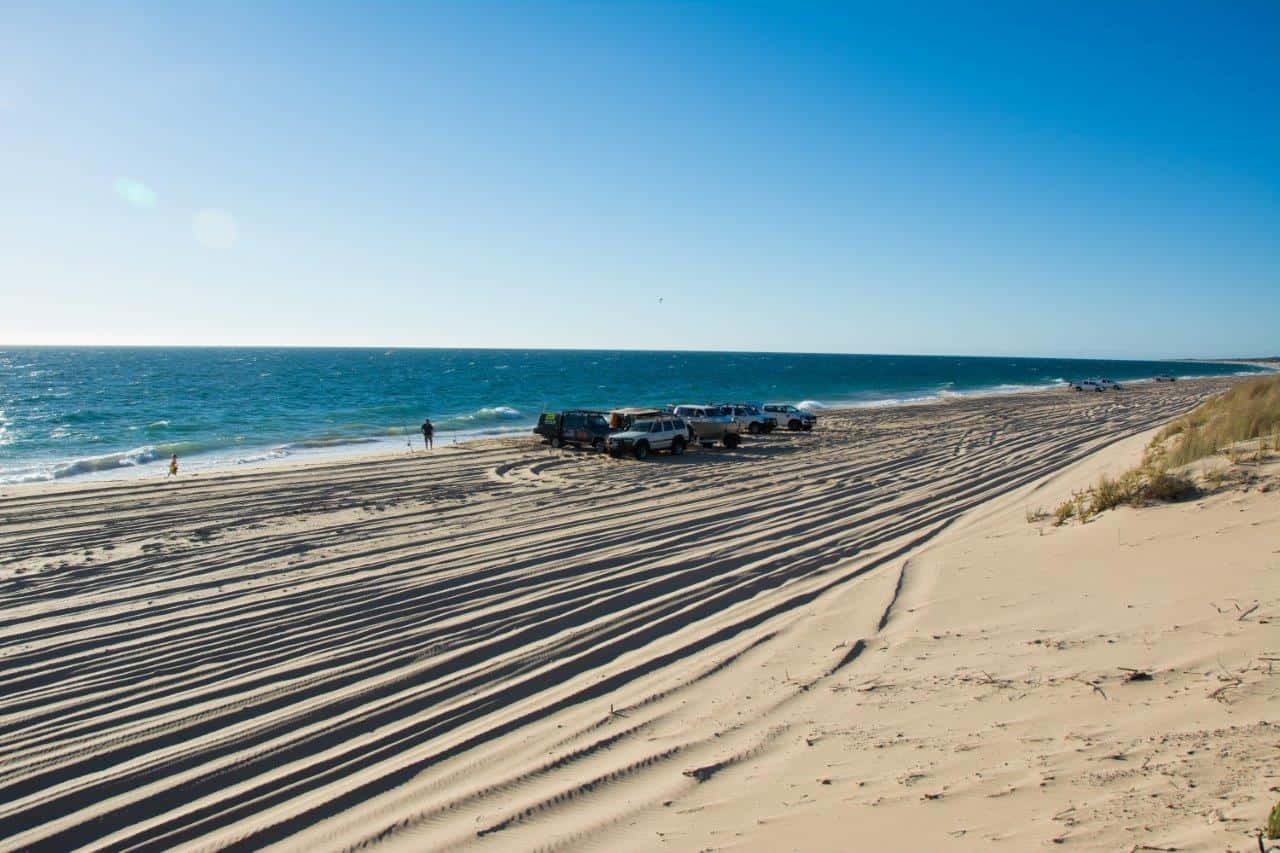 An afternoon and sunset at Preston Beach is brilliant

Heading further south, and also off the Forrest Highway is Myalup Beach. This is also a small community, and is bitumen all the way to the beach entrance. The beach drive from Myalup to Preston, or Preston to Myalup is often a great summer day trip in good weather.

In terms of beautiful coastal suburbs, Binningup is lovely, and you can access the beach very easily, and often head south to Belvidere if the tides are right. This is bitumen all the way to the beach.

Just south of Binningup lies Buffalo Beach, which is accessible from Binningup or Belvidere when the tides are suitable. This is another typical south of Perth Beach, and is great for wetting a line.

We’ve done pretty well fishing Belvidere Beach during salmon season, as they come past and you can be on for a pretty wild ride. If you camp at Belvidere camp ground, its an easy drive to camp where you can kick back around a fire (in season), and have a break. You can often drive north of Belvidere Beach through to Buffalo beach, and then Binningup Beach. 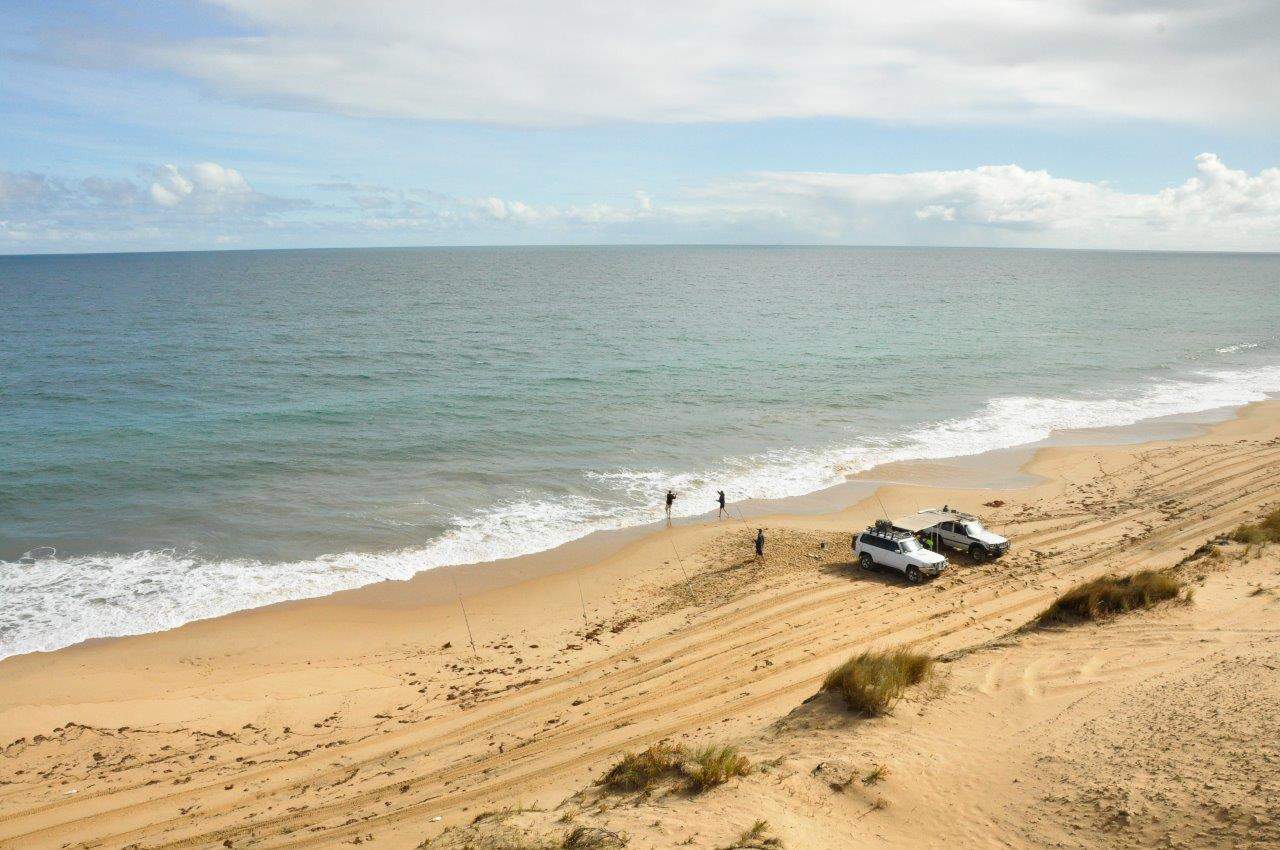 Fishing for salmon at Belvidere Beach

If you want the closest legal 4WD accessible beach north of Perth, its Wilbinga. You used to be able to access the beach through Two Rocks and the Dewars track, but this has been blocked off for a number of years, and 4WD access in that shire is no longer permitted.

Do the right thing and enter at Wilbinga, and don’t head south of Flat Rocks, or you’ll be in the City of Wanneroo where the Rangers often ping people. Speak of flat rocks, its a great place to fish (and we’ve even caught crayfish under the ledge), or you can head further north and find yourself a good looking fishing spot.

Mulloway, tailor, herring and whiting are all common here, along with sharks from time to time.

To get to Wilbinga, the easiest way is to head to Wilbinga Grove (rest area) and let your tyres down, before heading west along the tracks. Alternatively you can take a wider gravel road before here, but don’t drive over anything that’s clearly been put there to block it off! 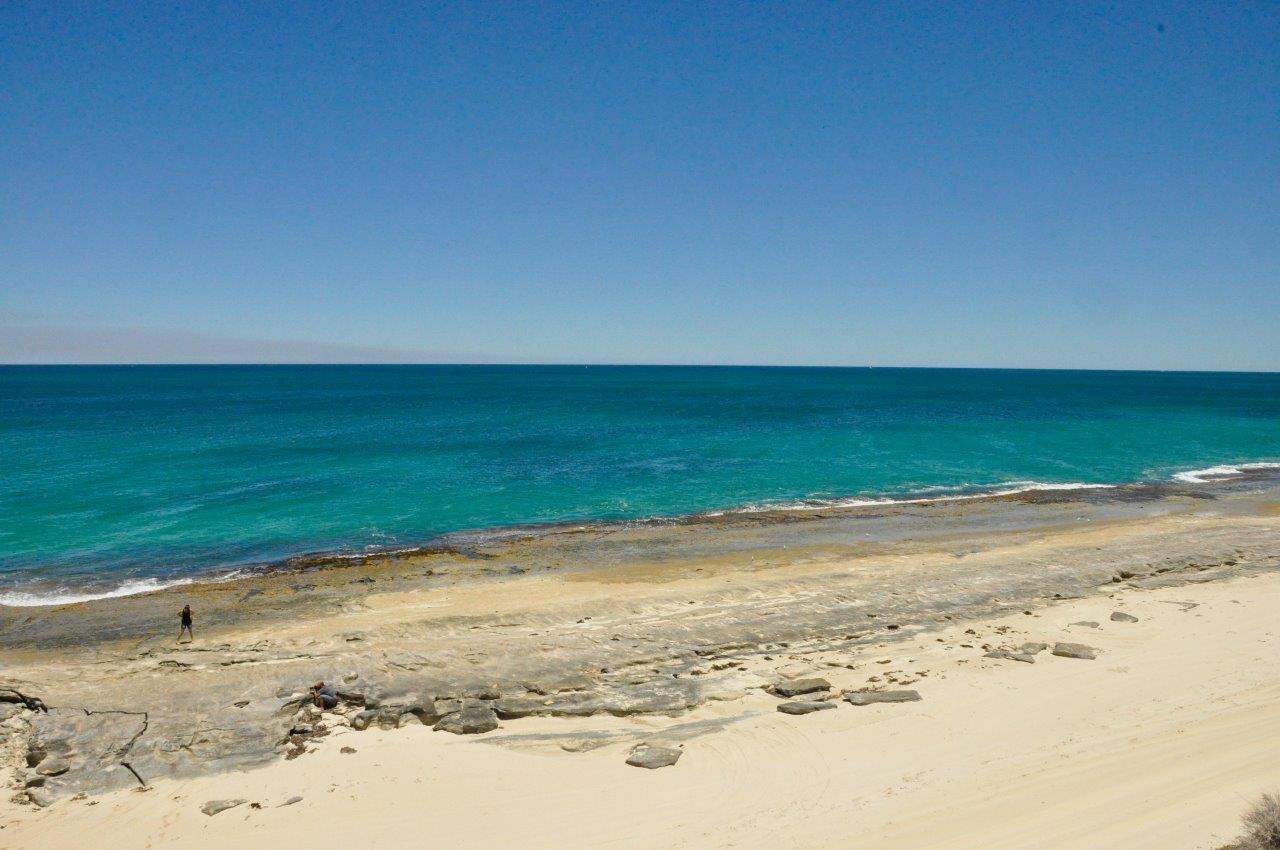 Guilderton, or Moore River is a popular fishing destination and tourist town. The river itself is beautiful, and you can fish a lot of the coastline. There is 4WD access to the beach, but only north of the river. 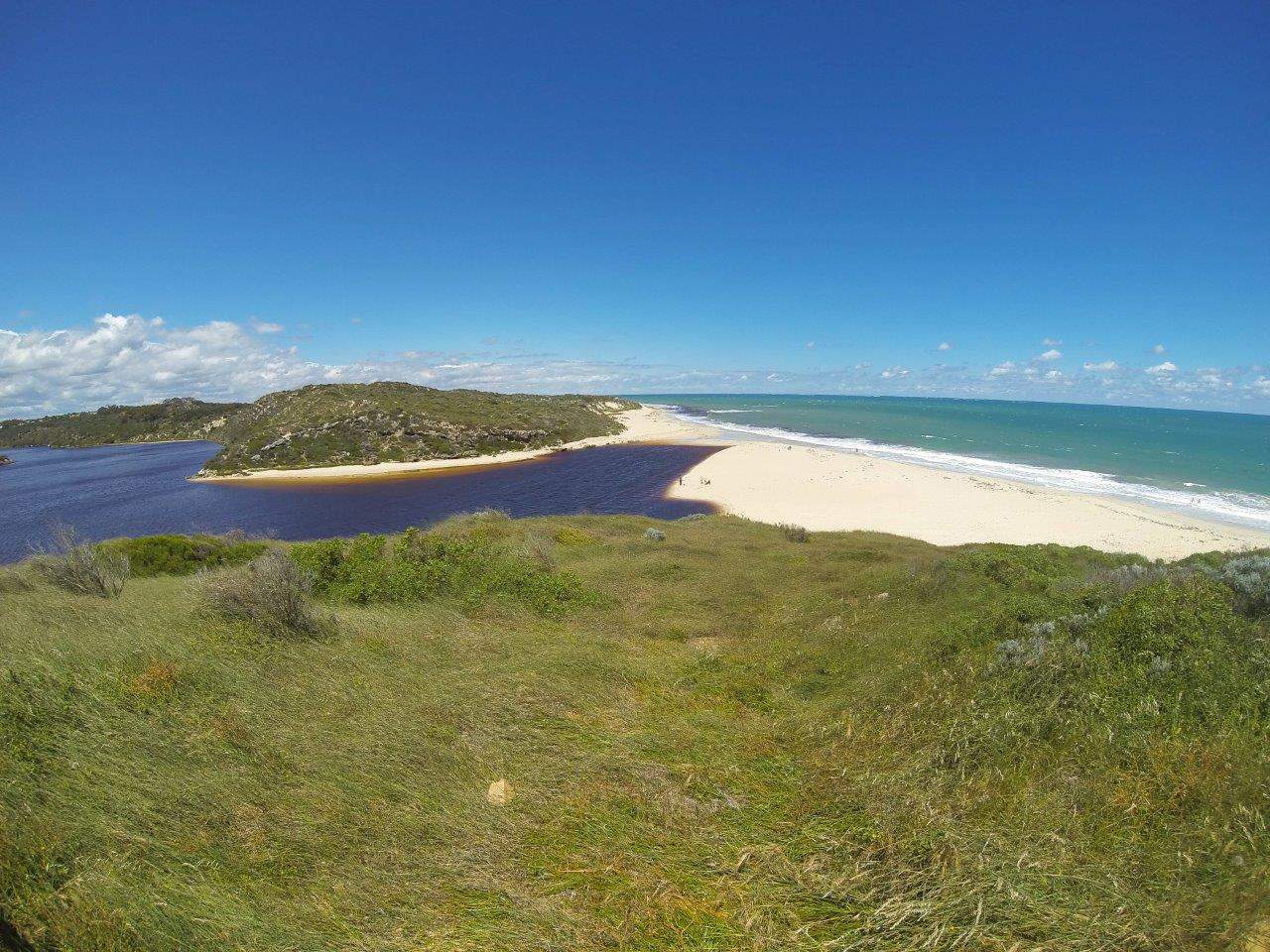 At the River Mouth of Moore River/Guilderton

We quite like Ledge Point, and have stayed there a few times. Its similar to Lancelin, and has easy beach access to the south. If you want to head north, you need to enter at Lancelin Back beach and drive south. 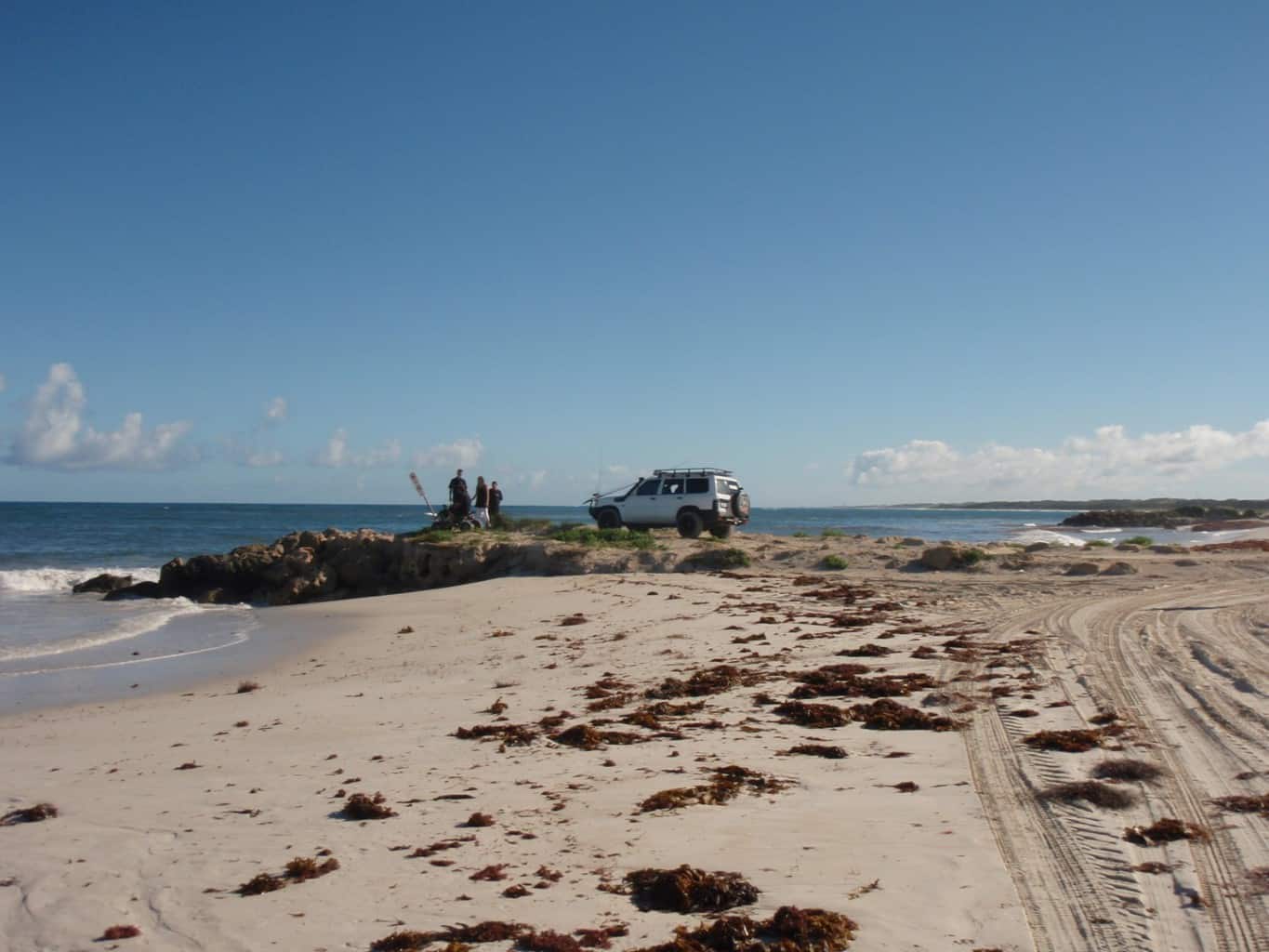 A groin at Ledge Point

We spent a lot of time around Lancelin as kids, and the back beach was a favourite for fishing and body boarding. You can enter near the Caravan park and head back towards Ledge Point along the beach, tide permitting.

If you head out to the Lancelin Dunes, you can head north and you’ll pop out onto the beach, which will eventually take you to Wedge Island. This can be one of the more difficult beach drives near Perth, and even undrivable if the beach is badly chopped out.

I’ve been stuck in our 80 series here at 16 PSI, and got awfully close to the water trying to get out. If you aren’t experienced with beach driving, don’t drive too far towards Wedge Island!

The beaches here are beautiful

Wedge Island used to be only accessible by beach, or the sandy inland track, but its since been made bitumen and you can get there very easily and quickly off Indian Ocean Drive.

The beach itself heading south to the island is often like concrete, and accessible by 2WD, but we’d always recommend you use a 4WD. You can head north from Wedge Island towards Grey in a 4WD, with the usual soft beaches, and sometimes seaweed! 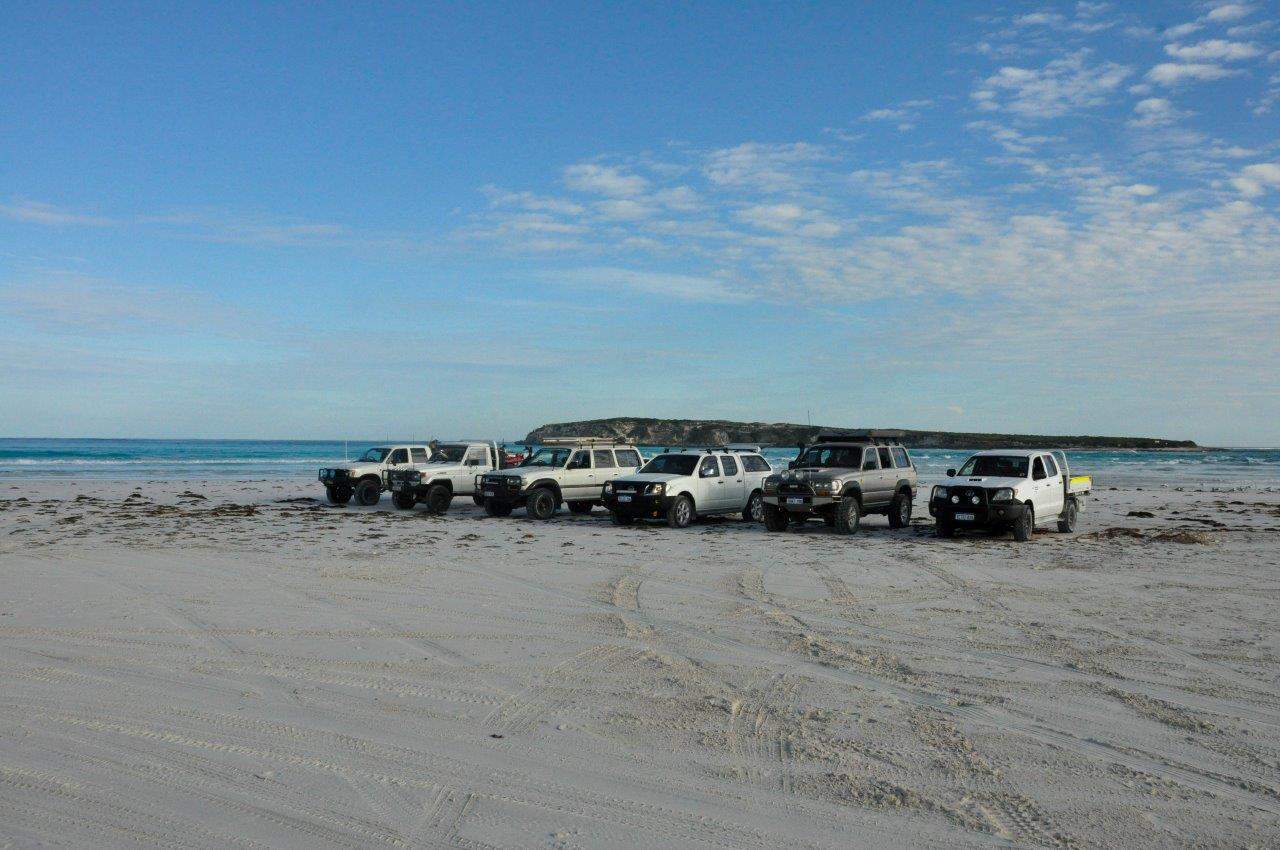 Wedge Island is a brilliant fishing spot from the beach

Grey is a tiny community made of shacks, right near the beach. You can access it from Indian Ocean drive, or head along the beach from Wedge Island. You can also head north from here towards Cervantes and Hill River with the tides permitting. 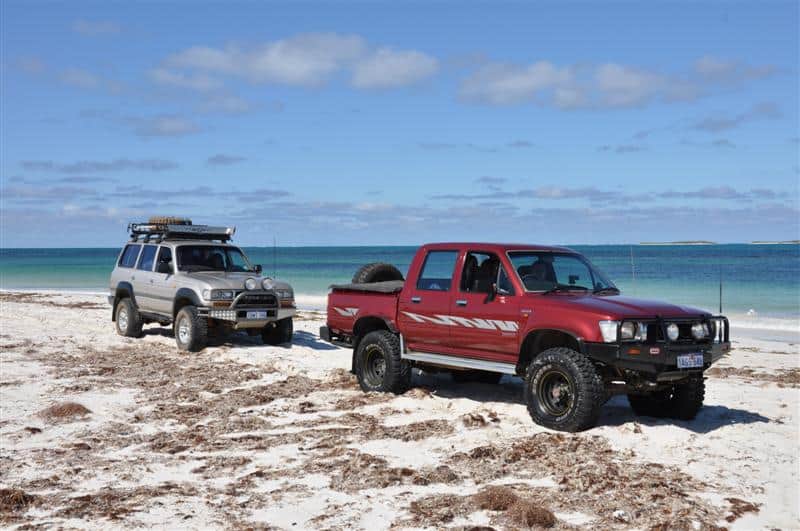 On the beach at Grey

Also, I’d suggest you never drive north of Hill River, as we’ve tried a few times and always ended up bogged at 10 PSI in under a kilometre north. I don’t know what it is about the sand, but its just insane. 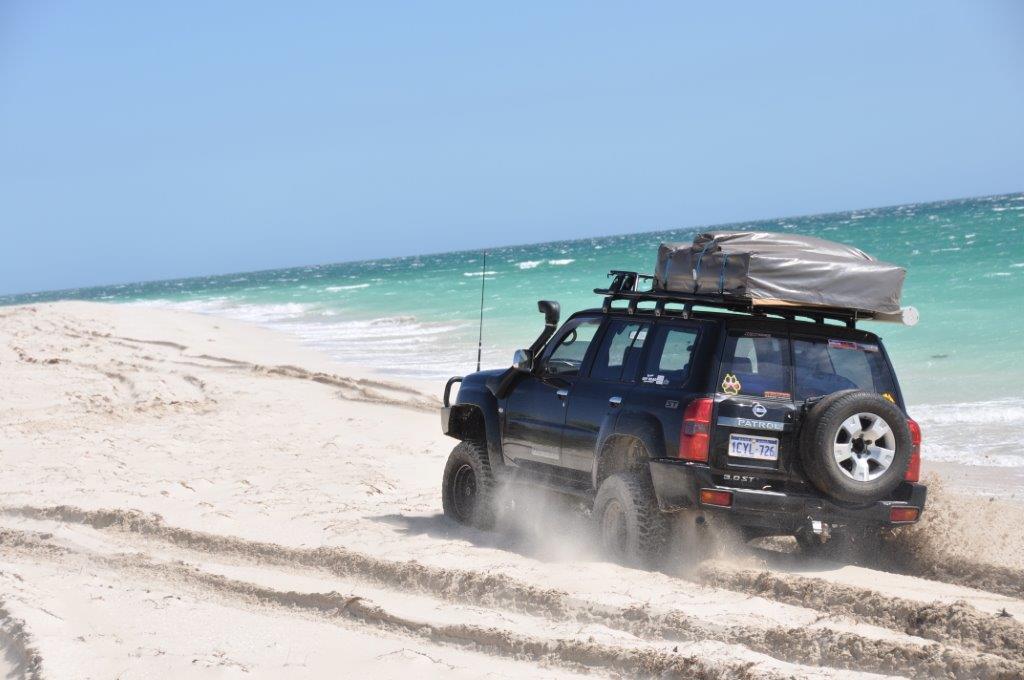 Hill river is beautiful, but the sand north is insane

Hopefully this post has given you a few ideas of where to head, and good luck with the fishing!