Don’t get caught out with Caravan and Camper Trailer weights

I’m tired of reading over and over again of weight issues that thousands of people are being caught out by. These relate to trailer weights, tow vehicle capacities and weight distribution, and if you don’t take the time to carefully look into it, you’ll be in a world of pain.

Because of this, I’ve written a really easy to understand post – Towing Capacity; a simple guide to keep you legal.

If you are chasing examples of how weight adds up, check out the post I wrote about our Dmax; Dmax touring build; a look into what it weighs.

If you want a more in depth look into how we were almost overweight, despite having a GVM upgrade, a light tow ball weight and only towing a 2200kg hybrid camper, check out this; Mobile Weighing.

The first, and most annoying and unethical thing done in the Caravan and camper trailers industry is giving false weight ratings. Every trailer you purchase in Australia should have a data nameplate on it, which specifies the empty weight of the trailer, its maximum weight, tyre sizes and axle ratings.

Time and time again this little nameplate is not true, mainly for the empty weight of the trailer (tare weight). Do not buy a trailer without first weighing it and seeing if the figure is correct. If its wrong, it eats into what you can carry on and in the trailer, and this is often already very low.

On trailers where you might have 500kg of ‘payload’, sometimes they weigh 350kg over their empty weight, which gives you a measly 150kg to play with. This is why its so critical to look into the camper trailer weight in multiple ways.

How is it possible for a trailer manufacturer to sell one trailer with a heap of additional accessories with an identical nameplate as another trailer with no accessories? They do this every day of the week!

Nameplates are not individualised by most companies, and you are taking a shot in the dark by believing what’s written on them.

Unfortunately this is not policed, and its causing people a lot of frustration, time and money. If you buy a trailer that weighs more than what it is supposed to, you lose some carrying capacity and the only way to get it back is to seek engineering or go back to the manufacturer. Either way, its not a path you want to have to take. 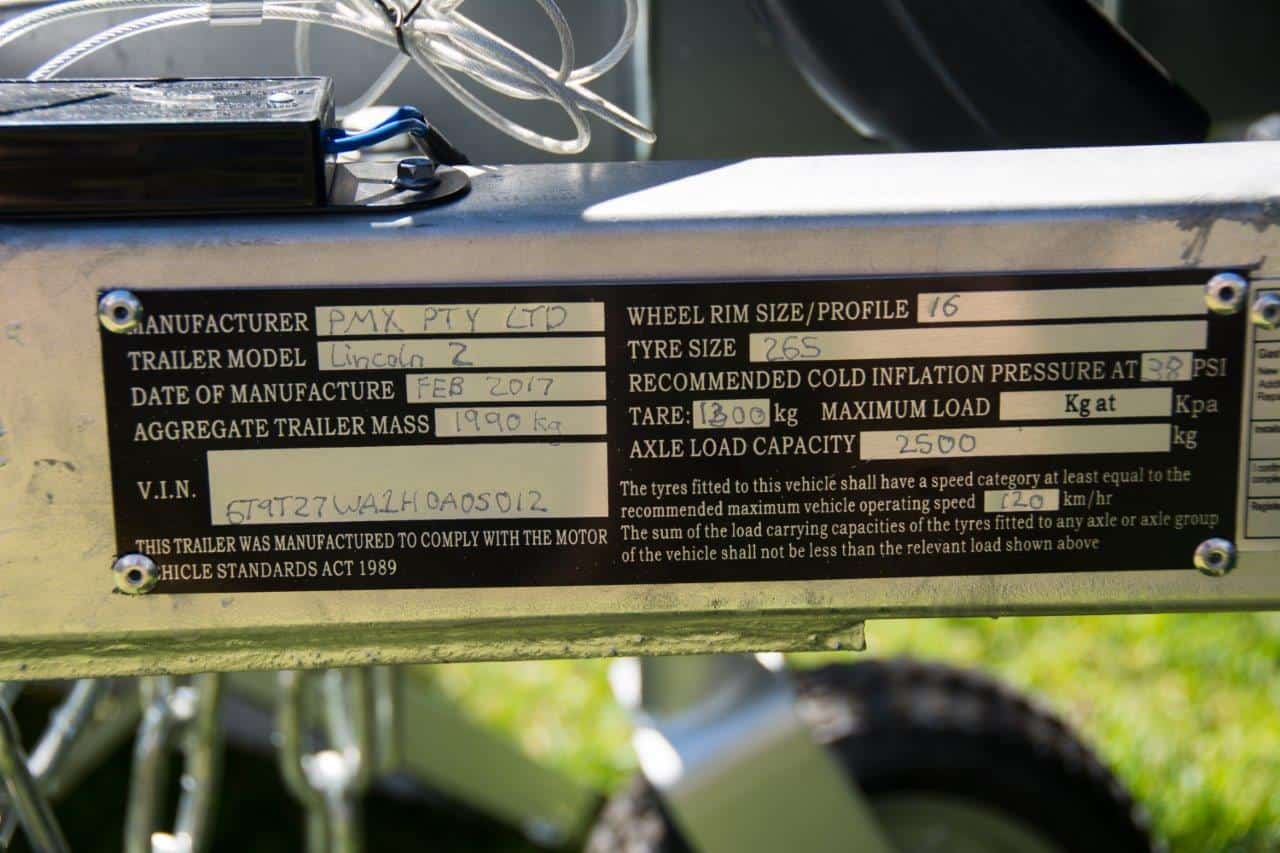 Is your nameplate lying to you?

A trailer is purchased with the intention of carrying things in it. If you are limited hugely by what you can carry, what good is it? What you can carry in a trailer is determined by removing the Tare mass from the ATM (Aggregate Tare Mass) . This gives you the ‘payload’, which is how much extra weight you can add to the trailer. Your payload includes water, gas and anything that is not bolted to the trailer.

I’ve seen caravans with a whopping 360L of water capacity, and only 450kg payloads. That’s real clever; fill your water tanks up and you can carry 90kg. Who designs these things?

If you buy a 3.5 tonne Caravan that can only carry 400kg, you are going to have issues. Our new Reconn R2 Hypercamper has nearly a tonne of payload, and that’s something we specifically hunted down.

Tow vehicles are usually pushed to their maximum already; if you plan on towing a reasonable weight trailer with a 4WD, passengers and gear you need something that has at least 800kg of payload (and even then that’s often not enough!). 4WD Weights can be a topic that shocks a lot of people. 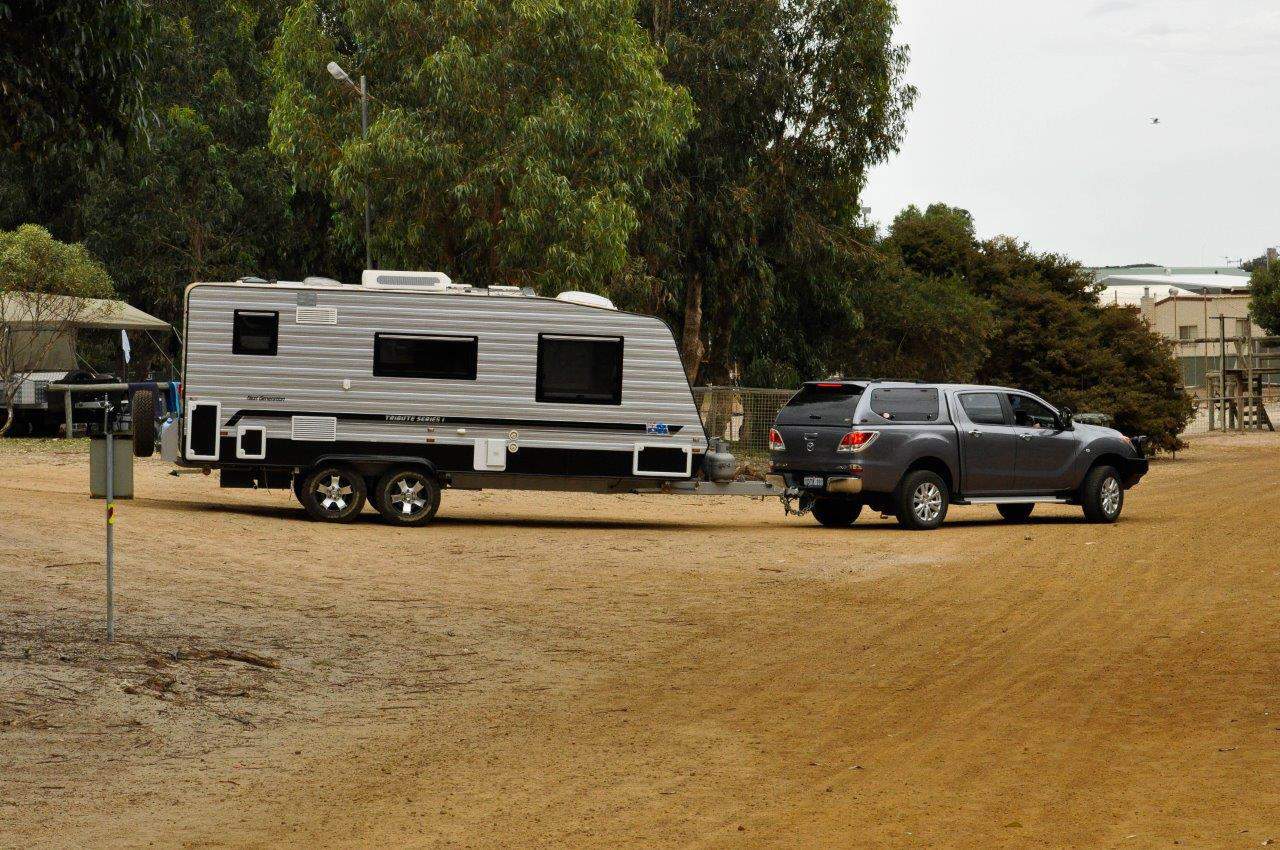 Vehicle sales people who lie straight to your face

There’s nothing that annoys me more than sales people who omit key information. Remember the term ‘fit for purpose’, as its very important. When you buy something, it should do what you are told it will, or what a reasonable person would expect it to.

The best towing vehicle is one that is well under the weight requirements, because if you are close to any of them, you’ll be close to another (or well over).

With a 6000kg GCM, towing 3500kg brings your maximum GVM down to 2500kg. Given the vehicle weighs in at 2200kg empty, you have 300kg to use in the way of passengers, gear, bar work, drawer systems, canopies etc. Impossible.

With a GCM of 6850kg, taking away a 3500kg trailer you are left with 3350kg. Take away the vehicles empty weight and you are left with 720kg. Seems fairly high, yes? You need to look at the GVM more carefully for this vehicle.

With a GCM of 7000kg, taking away a 3500kg trailer you are left with 3500kg. Looking good. Now, take away the vehicles empty weight of 2735kg, you have 765kg (which so happens to be their normal payload). Looking fantastic now.

The ‘guide’ in Australia is to keep the tow ball weight at 10% of the trailers mass. If you have a 2000kg trailer, the tow ball weight should be around 200kg. In other parts of the world this figure is normally 5%; we do it on the heavy side over here. If you want to know more about this, check out What is tow ball weight, and why does it matter?

However, having a tow ball that is excessively heavy is a big problem for the average Joe. You’ll have issues carrying gear in the tow vehicle and staying under the legal weights , and it puts a lot of extra stress on the back of your vehicle.

The reason behind this is pretty simple; tow ball weight is deducted from your vehicles payload (or GVM). If you buy a 4WD that has a 600kg payload, and you have a trailer with a 350kg tow ball weight you are left with 250kg to play with.

Absolutely ridiculous at best, considering your passengers, extra fuel, bull bars, roof racks and any other weight you add into your 4WD has to come off the payload.

If you are buying a trailer with a tow ball weight empty that is more than 10%, question it. Consider what is going to happen when you load the trailer up too; so many forward fold camper trailers weigh well over what they should on the tow ball.

I’ve seen a few Hybrid Campers with tow ball weights at 250kg unloaded, and they only get heavier when you load them up.

It’s all well and good to have a massive toolbox sitting on a big drawbar, but if you load it up your tow ball weight is going to increase exponentially. 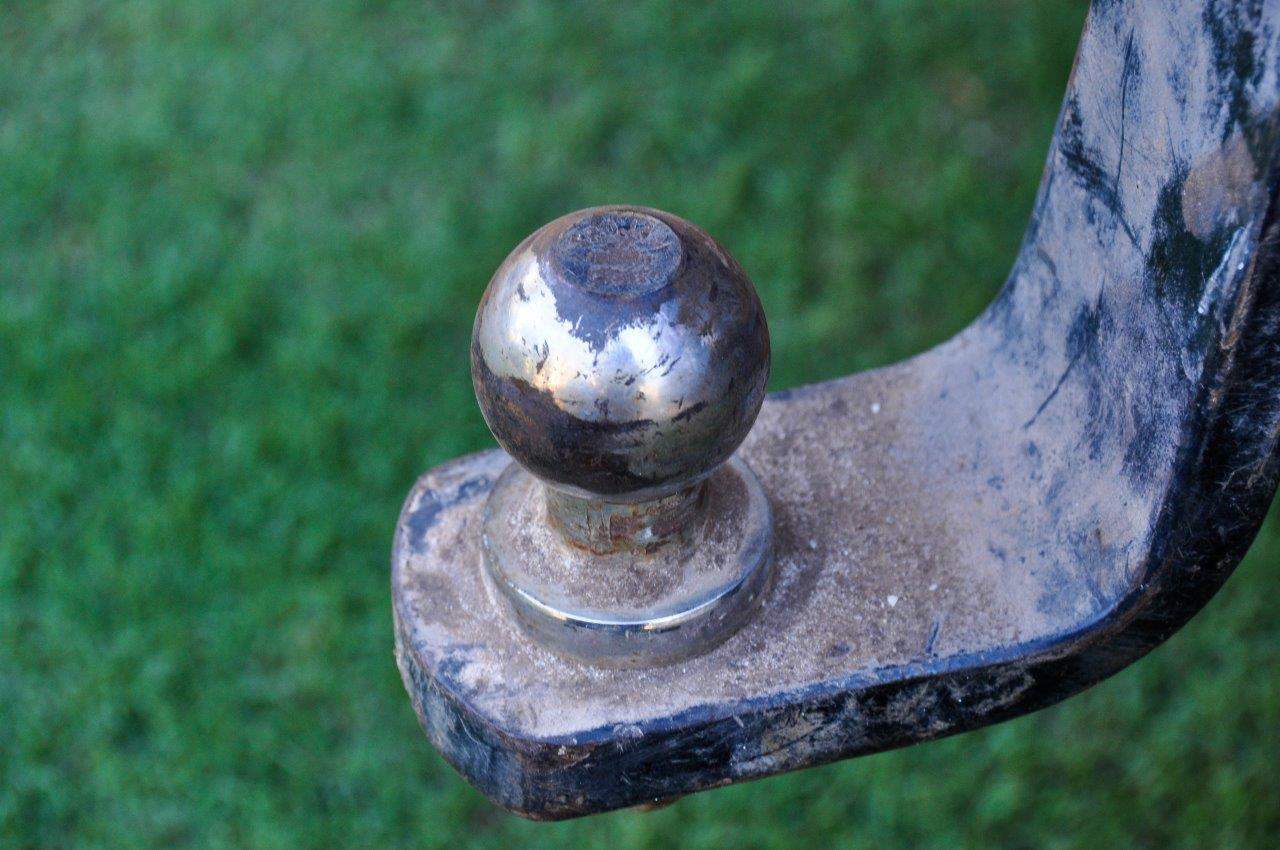 What weight is on your tow ball?

A few weeks ago I came across a discussion about the towing capacities of the new Y62 Patrol. There’s a table that Nissan were displaying with the tow ball weights, which for any normal person looking at it implied that you could put 250kg on the tow ball without it affecting the GVM.

We know this isn’t possible; any weight you put on the tow ball has to come off your GVM, but there were people swearing black and blue that it was what Nissan meant. Some of these are owners too, who have spent a large packet on an amazing 4WD with what they thought was an exceptional towing package because of the above.

I did some digging (a lot actually), and found a response from the Engineer who designed the tow bars, and got a totally different response; Nissan actually penalise your GVM on top of the tow ball weight once you hit the 300kg tow ball weight.

If its that hard to find out what’s actually right and what’s not for me, how is the average Joe supposed to get on?

As if it weren’t complicated enough, your 4WD is also rated to take a certain amount of weight on each differential (your front axle has a rating as does your rear).

Just because you have a 900kg payload does not mean you can plonk that all on the back of your vehicle. The manufacturer assumes that you will evenly load the vehicle, and adding a heavy tow ball weight when towing works very hard against that.

Look up your individual vehicle and see what the maximum axle weights can be. Remember, if you add weight to the front, it reduces the mass applied to the rear axles, and vice versa.

Add the weights up

Please take a minute to look at your setup. A big educational blitz was done over East a few months back, and about 70% of vehicles towing trailers were illegal. It’s absolutely ridiculous.

There are 32 ways to make your 4WD illegal, and weight is a big part of that.

You are at huge risk if something goes wrong and you aren’t legal. It’s not worth it.