Some time ago we did a major upgrade of our 12V electrics, in both our Isuzu Dmax and Reconn R2 Hybrid Caravan. Both received lithium batteries, new chargers and a Renogy Inverter each. In this post, we’re reviewing both the 3000W Renogy Inverter, and a 2000W Renogy Inverter. These are both the pure sine wave inverters with a UPS function, but not the inverter charger units. 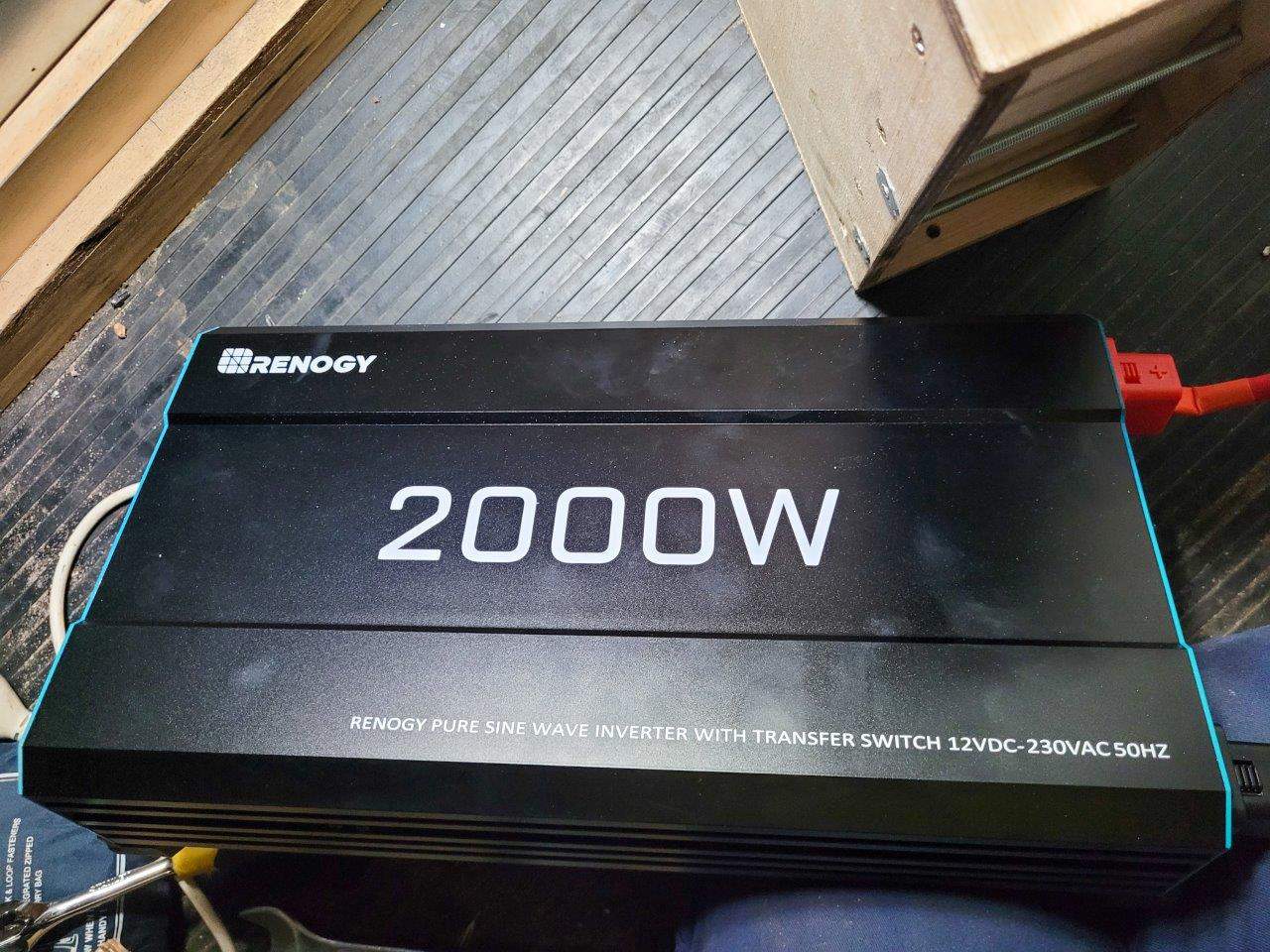 Our 2000W Renogy inverter being installed in the Dmax

The bigger one is mounted in our Reconn R2 Hybrid Camper, and the 2000W one is in the Ute Canopy of our Isuzu Dmax. Both have been used considerably over the last few months, with us living out of our Camper full time on a Big Lap of Australia. 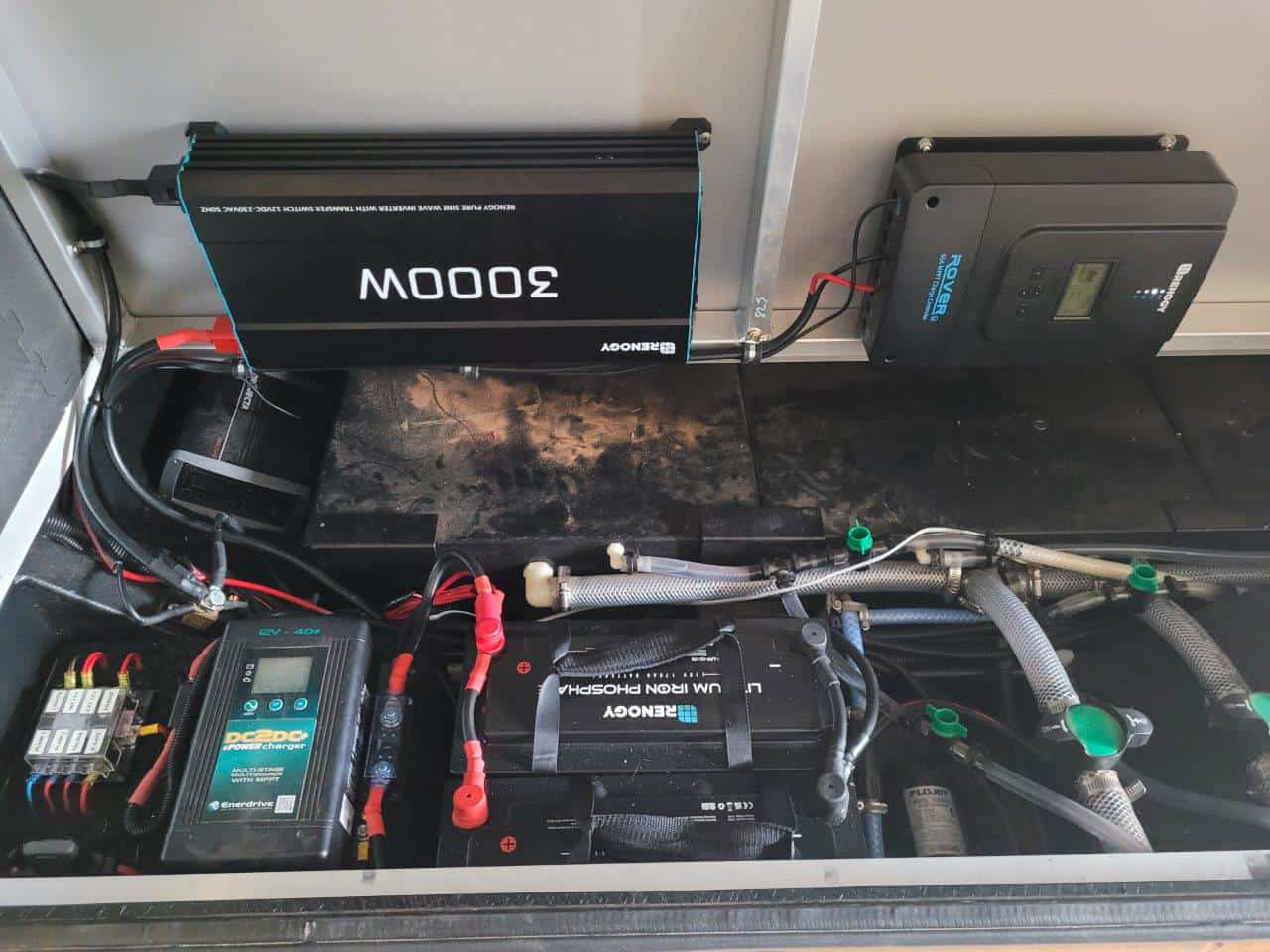 The Dmax one is used for charging camera gear, Ryobi batteries, drone gear, and occasionally our induction cooktop, toasted sandwich machine, toaster or other random gear.

The 3000W Renogy Inverter in the camper is primarily used for the induction cooktop, and running our toaster and laptops.

How much are the Renogy Inverters?

What’s good about the Renogy Inverter?

Dollar for dollar, you won’t find another inverter on the market that is as cheap as the Renogy units, with the reputation that they have. They are considered to be decent quality gear, and their pricing makes it incredible value. To put it into perspective, I paid more for my 400W Enerdrive Inverter than I did for the 3000W Renogy one!

As mentioned above, Renogy gear is good quality, with plenty of people reviewing it favourably. We’ve been punishing ours for a number of months now, and I know plenty of people who’ve been using theirs for much longer with no issues at all.

We’ve been using our induction extensively in the Reconn R2

In terms of what you receive, with the instructions and bits and pieces, Renogy do pretty well. It’s well packaged, easy to understand and use, and easy to install and make power. 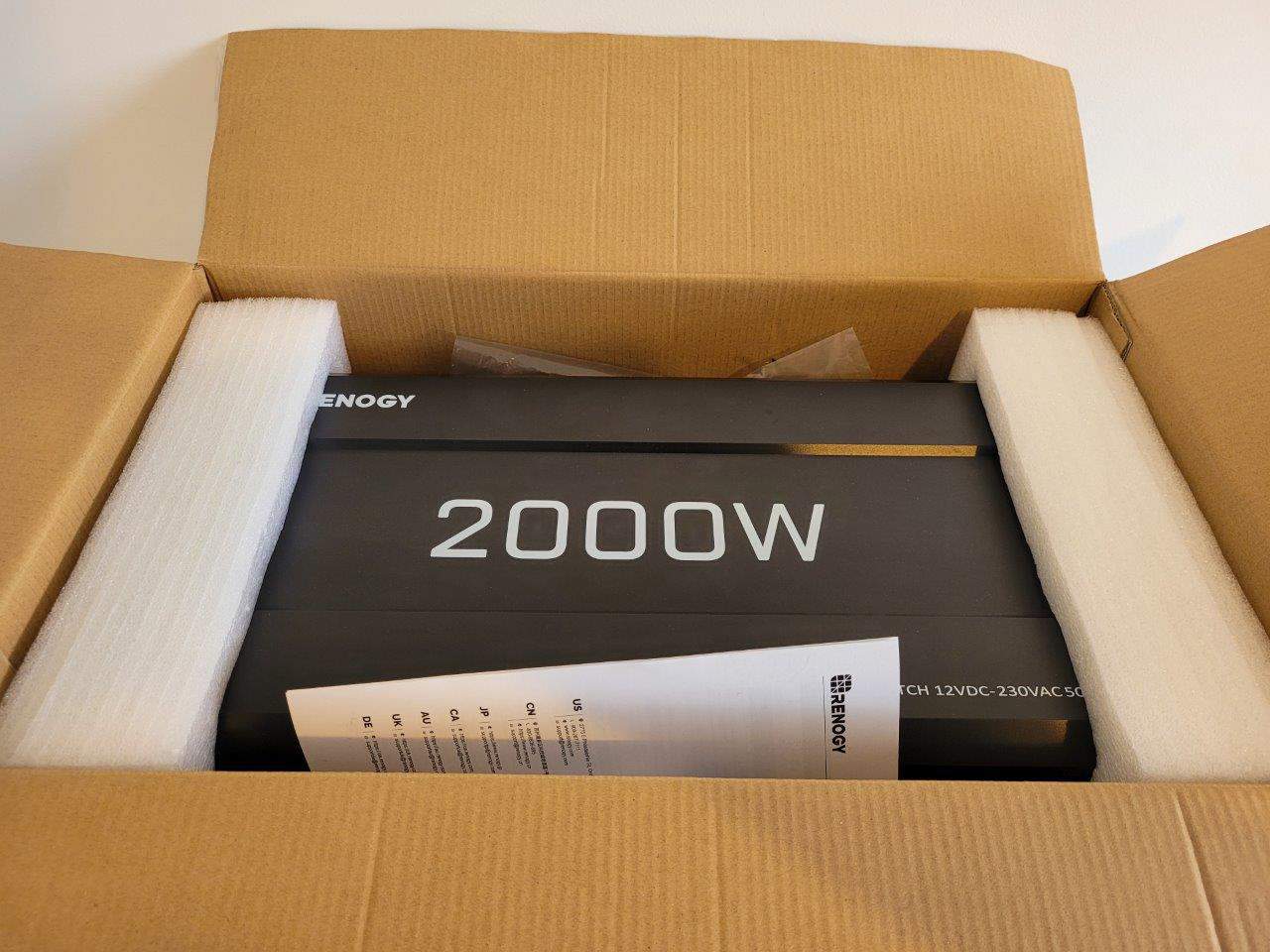 The Renogy Inverters come with a remote that allows you to turn the inverter on without having to be at the actual unit. On our Dmax I opted not to use it as the switch is right next to the fridge, but in our camper trailer the inverter is tucked away in a storage hatch (that I literally have to empty to get access to it), and I have a couple of leads running from the inverter with the remote switch.

If I want 240V power, I simply head to the kitchen and turn the inverter on, and then turn it off when I’m done. 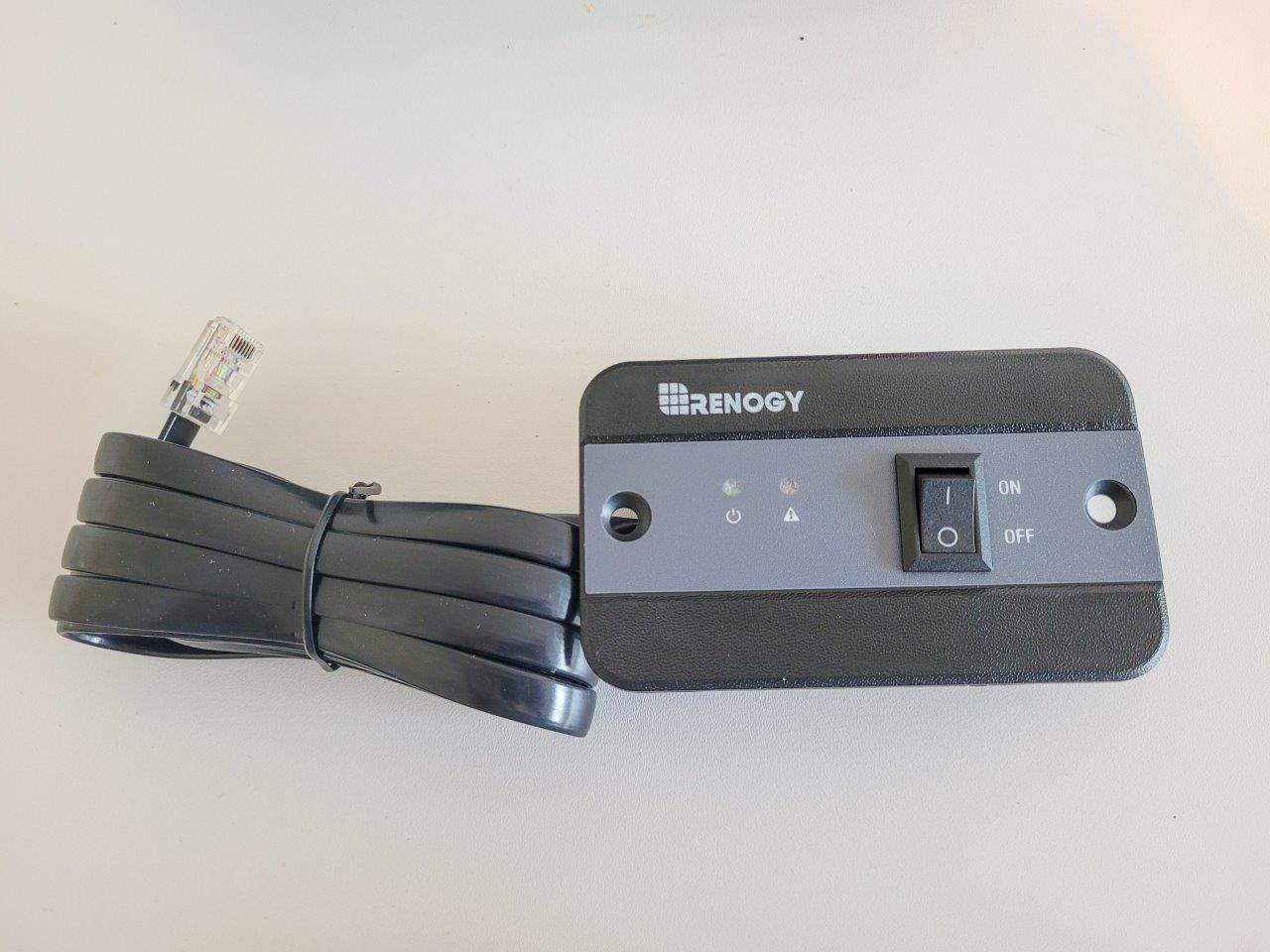 What’s not so good about the Renogy Inverters?

In both instances, when I pulled the cables out of the Renogy Inverter boxes, I wondered whether they were the correct size. Our auto electrician specifically mentioned they were under sized, and ran two new cables for both inverter installation.

Interestingly, the positives come with two cables, and I’m wondering whether Renogy expect you to run two cables to the inverter. Either way, its not the right way of doing things and you are better off replacing the cables with something much heavier duty.

Remember, at 3000W, you are drawing nearly 250 amps. That’s a heap of power, and when your cables are too small you make heat, and ultimately create a fire risk if you aren’t careful. 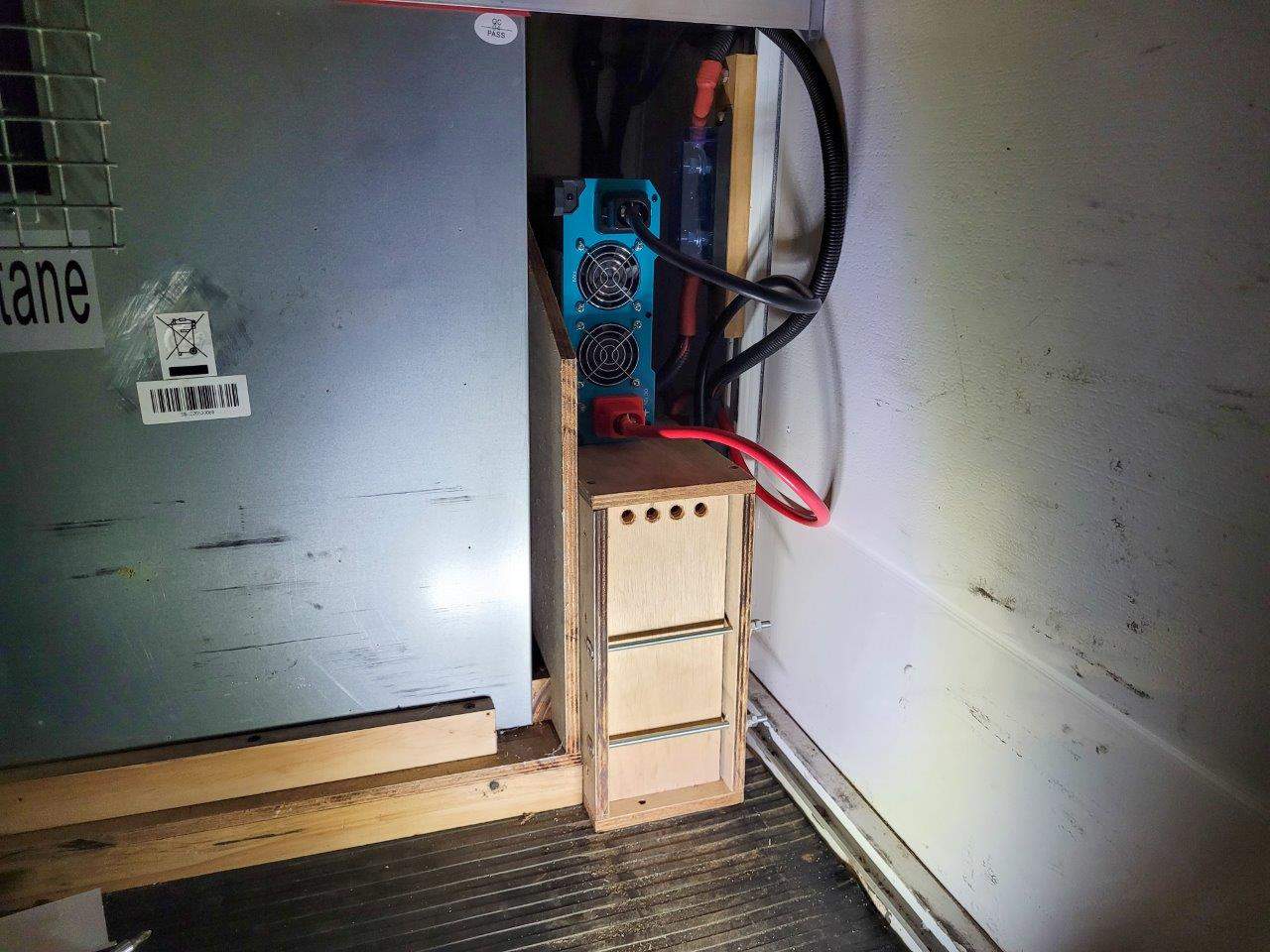 It doesn’t come with a fuse

I’m surprised that the Renogy inverter kit doesn’t come with a fuse. You should always run one, and having to buy your own is a bit average when many other kits come with them. Again, its not the end of the world, but you need a fuse and will have to get one.

The fan runs regardless of temperature

Now, I never really noticed this as both of our inverters are in spots where I either can’t hear them at all, or you’d have to stand really close to hear it. However, the Renogy inverter is set on a timer to run the fan, and it comes on regardless of whether you are running a 1500W appliance, or a 30W battery charger.

In our scenario this is irrelevant and I couldn’t care less, but if you had one mounted under your bed, or near your head in a camper trailer it would probably be quite annoying. I’ve read of people wiring them up to a temperature sender (so it only comes on when its warm), but from the factory they come on and off a lot.

I’m really happy with our Renogy Inverters. I bought the second one as I was happy with the first, and wanted the ability to run some larger appliances off our Dmax if we needed to.

The 2000 and 3000W inverters are big units, and need a LOT of space to mount them suitably, but I’ve had zero issues with both, and don’t expect to have any going forward. In my opinion Renogy is very under-rated, and I expect they’ll do very well in Australia over the coming years. Time will tell.

We’ve been using our 3000W Renogy Inverter full time at least 3 times a day for more than 100 days now, and will update this if anything goes wrong, or changes. 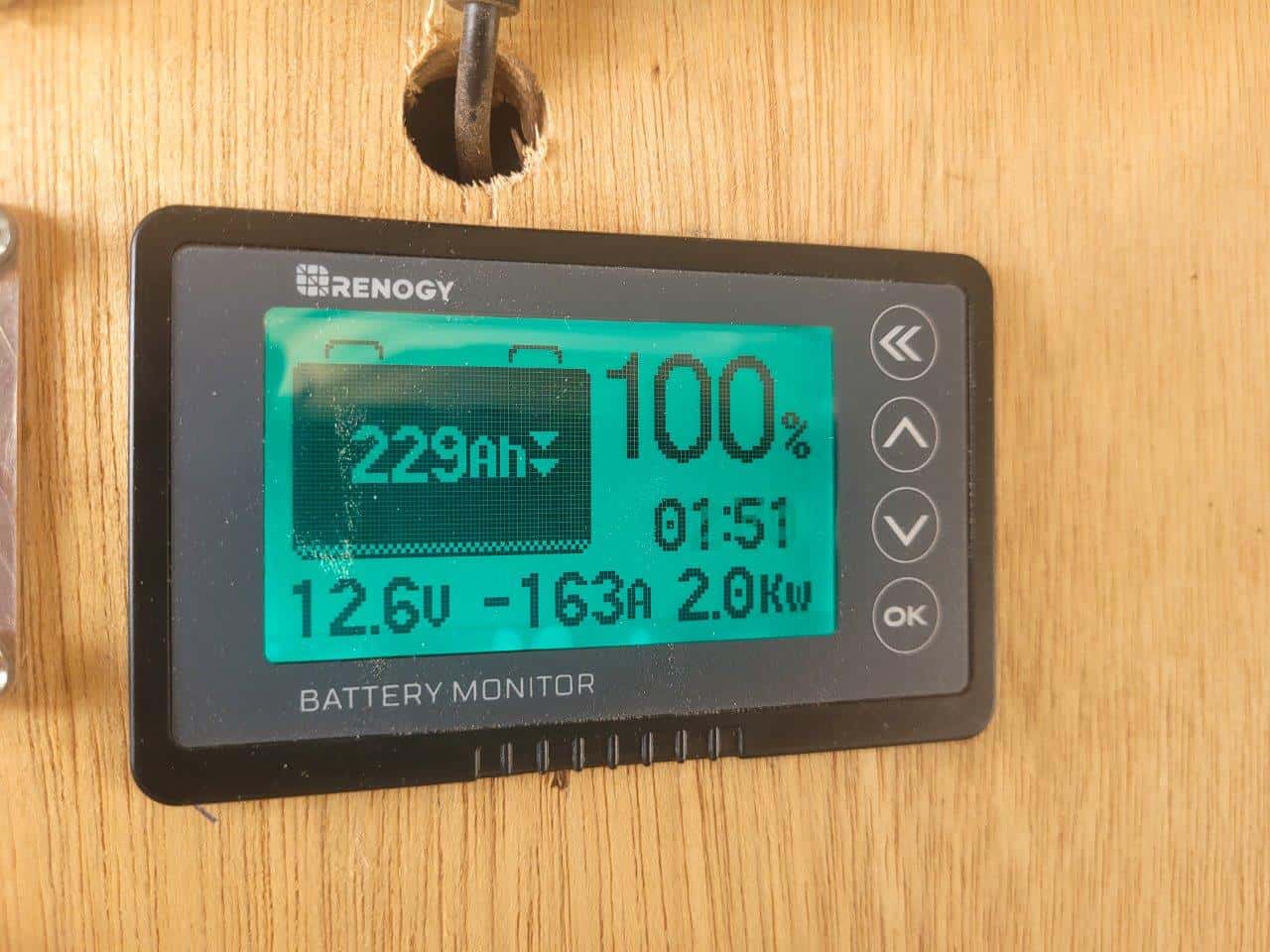 Do you have a Renogy Inverter? How is it going for you?