I’m not sure why, but I had high expectations of Mount Gambier, and it didn’t take long to realise that its a really spectacular place. Mount Gambier is well known for a number of attractions, with its sinkholes and Blue lakes being one of the most spectacular. Yes, there’s actually more than one Blue Lake, and they are both amazing. 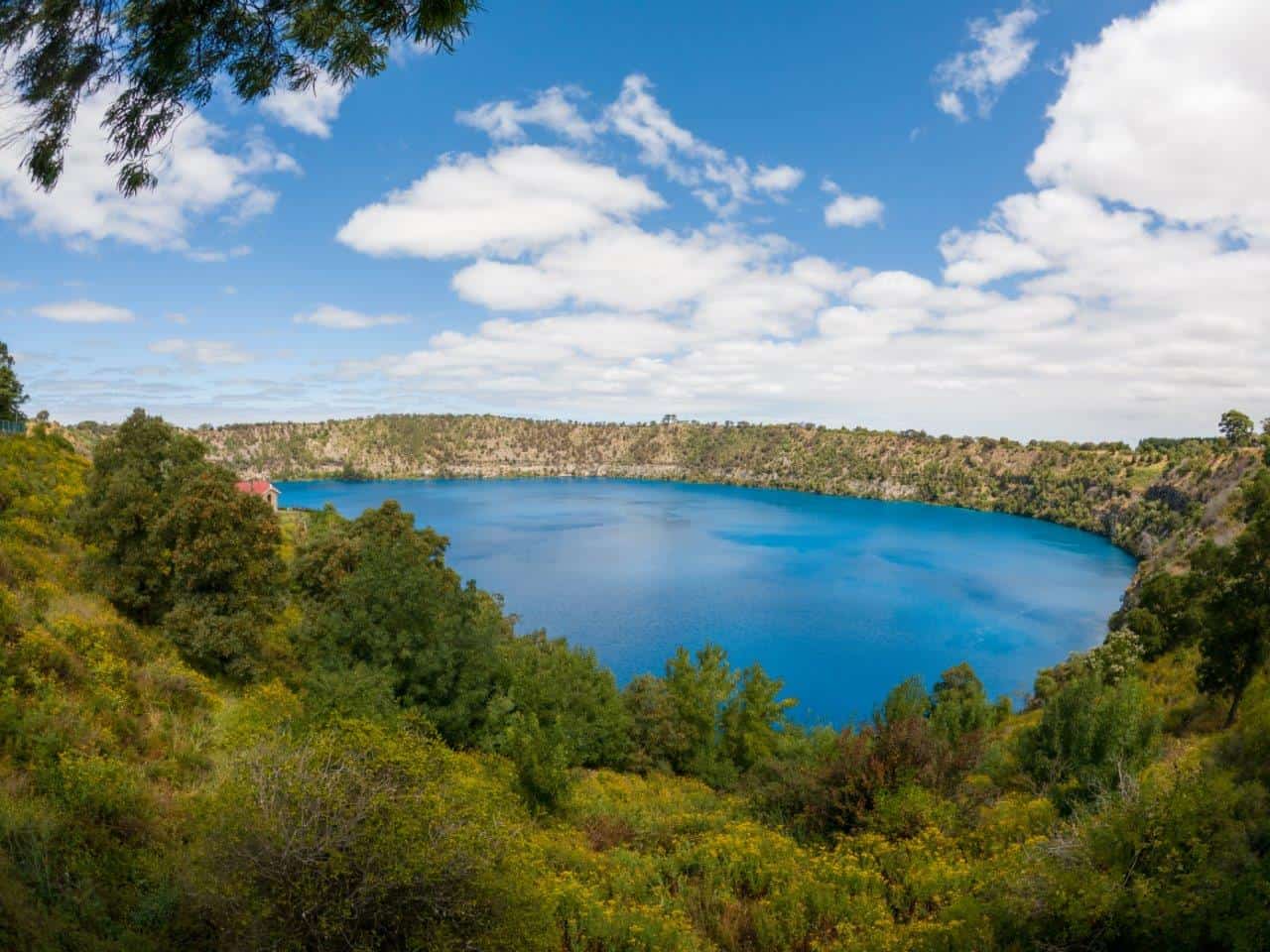 The Blue Lakes at Mount Gambier are breathtaking

Mount Gambier has two Blue Lakes. One is located in town, and is their primary source of drinking water. The other is about 15 minutes out of town, and is set up for swimming, snorkelling and cave diving (with the right tickets and permission).

Little Blue Lake is located roughly 15 minutes drive from the centre of Mount Gambier, and is easy to access. The bitumen road actually goes past the lake with about 15 metres gap, and there’s a decent gravel car park to pull into, with plenty of room for all types of rigs.

From the car park, its a tiny walk around the fence, and down some stairs to a fairly flat area, or down to the floating swimming pontoon.

Little Blue Lake has changed colours a number of times, but today it remains a fairly nice, green colour that doesn’t vary too much. The water is 12 degrees year round, and you’d better be prepared for a cold dip if you head in! 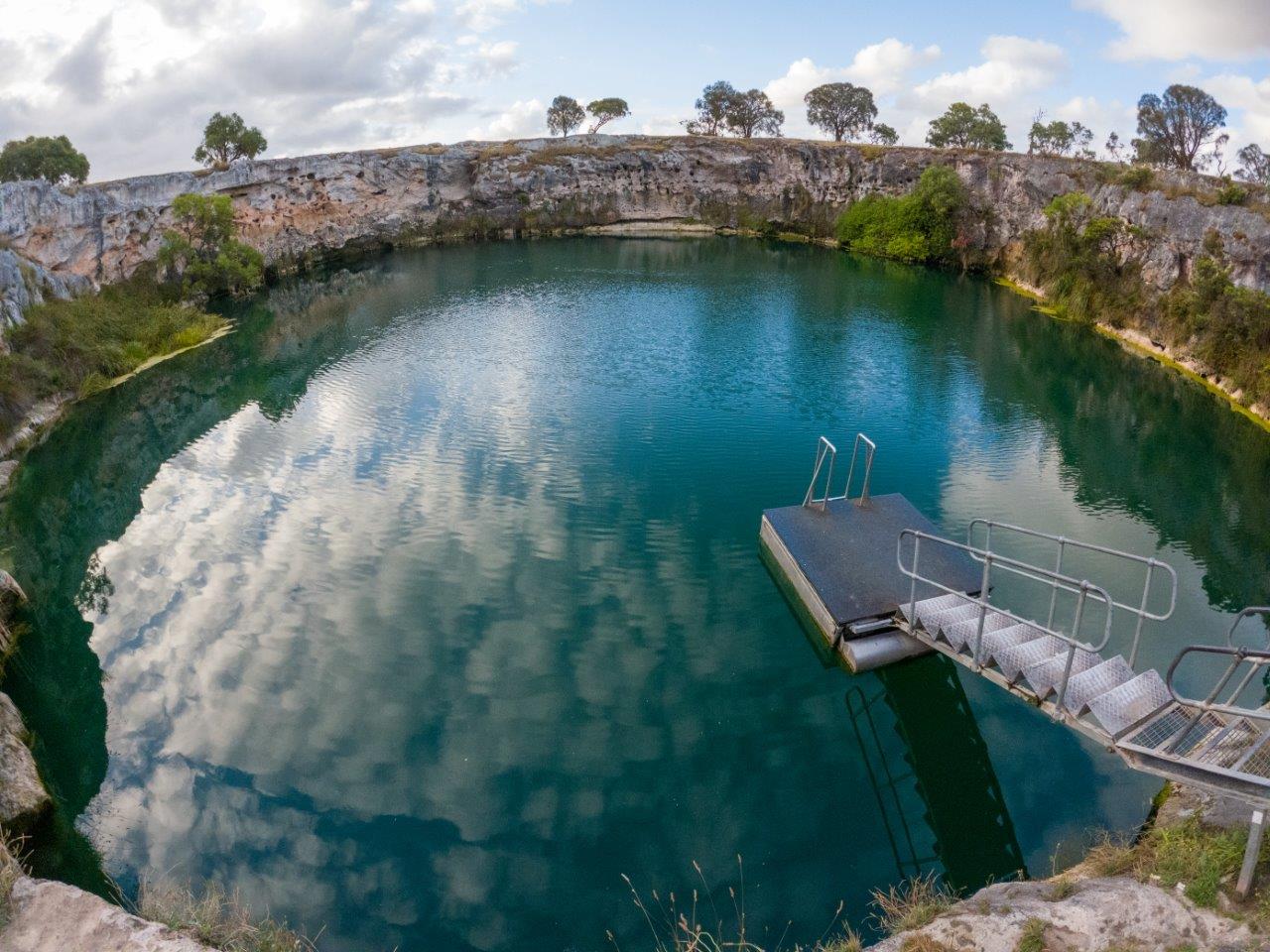 Little Blue Lake is stunning, small and you can swim in it 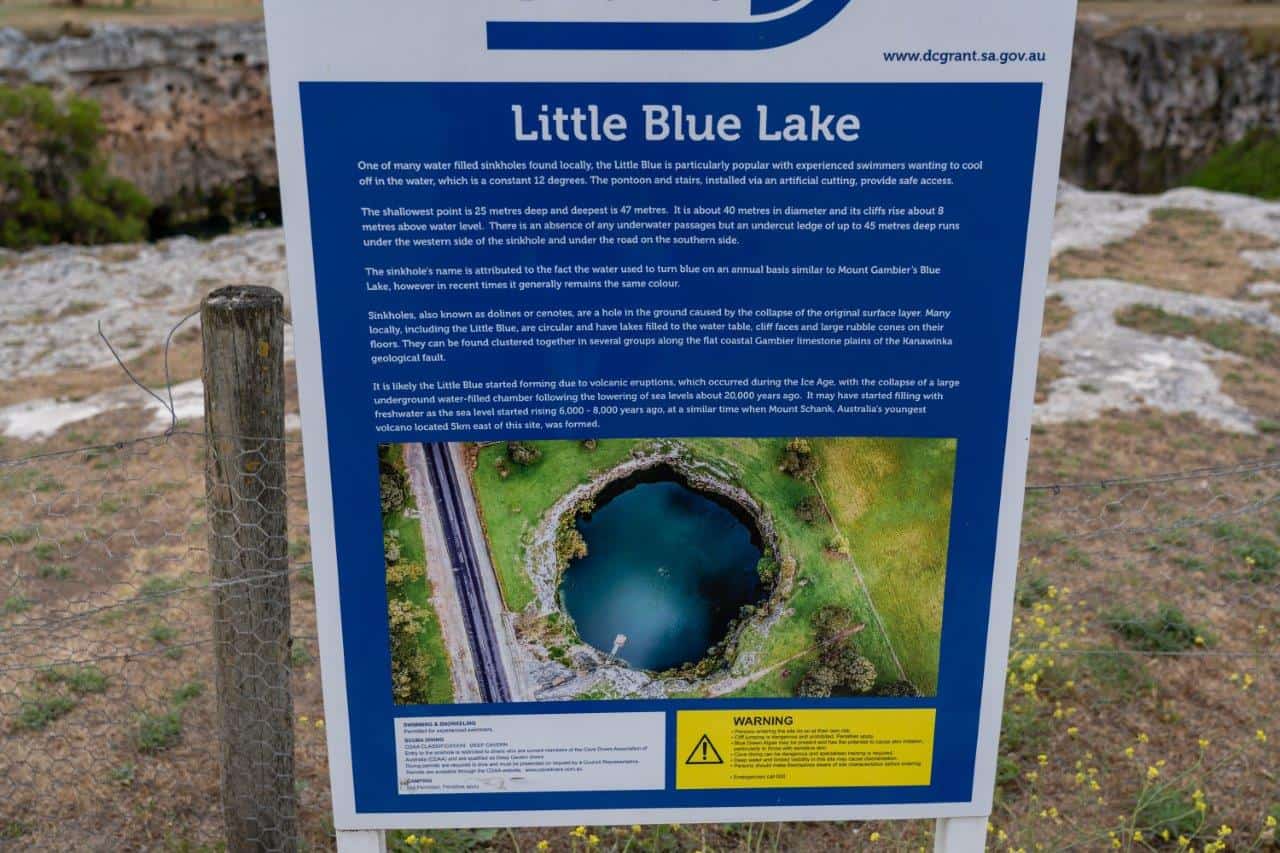 The information sign at the top of Little Blue Lake 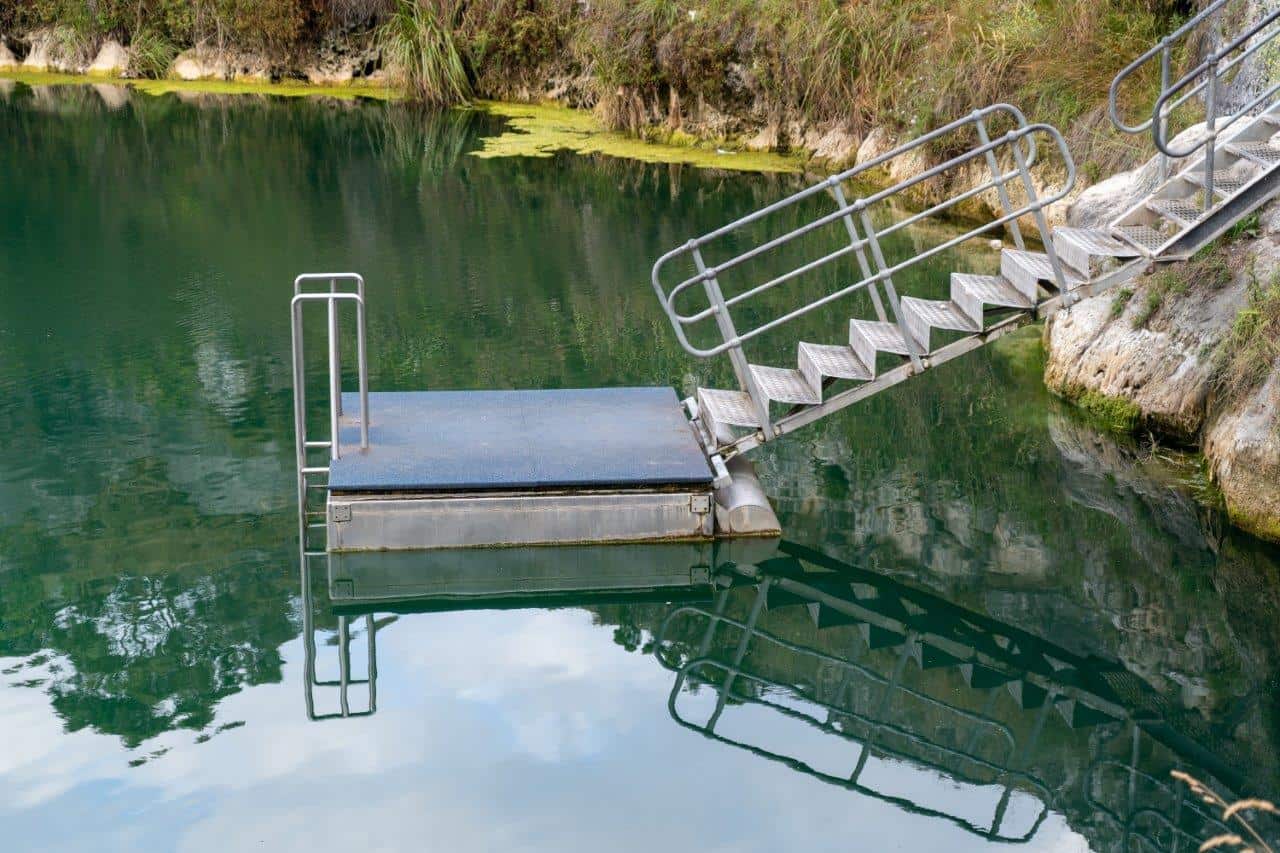 At 12 degrees, are you tempted to have a swim?

Not to be confused with Little Blue Lake, this one is located near the centre of Mount Gambier, and can be seen on a number of roads nearby. It is nothing short of massive, and holds a whopping amount of water.

The most spectacular part of this lake though, is that it turns an iridescent blue from November to March every year, and is so bright that its hard to believe. We saw it driving past on an overcast day and were shocked, and then came back when the sun was shining and it was absolutely breath-taking. 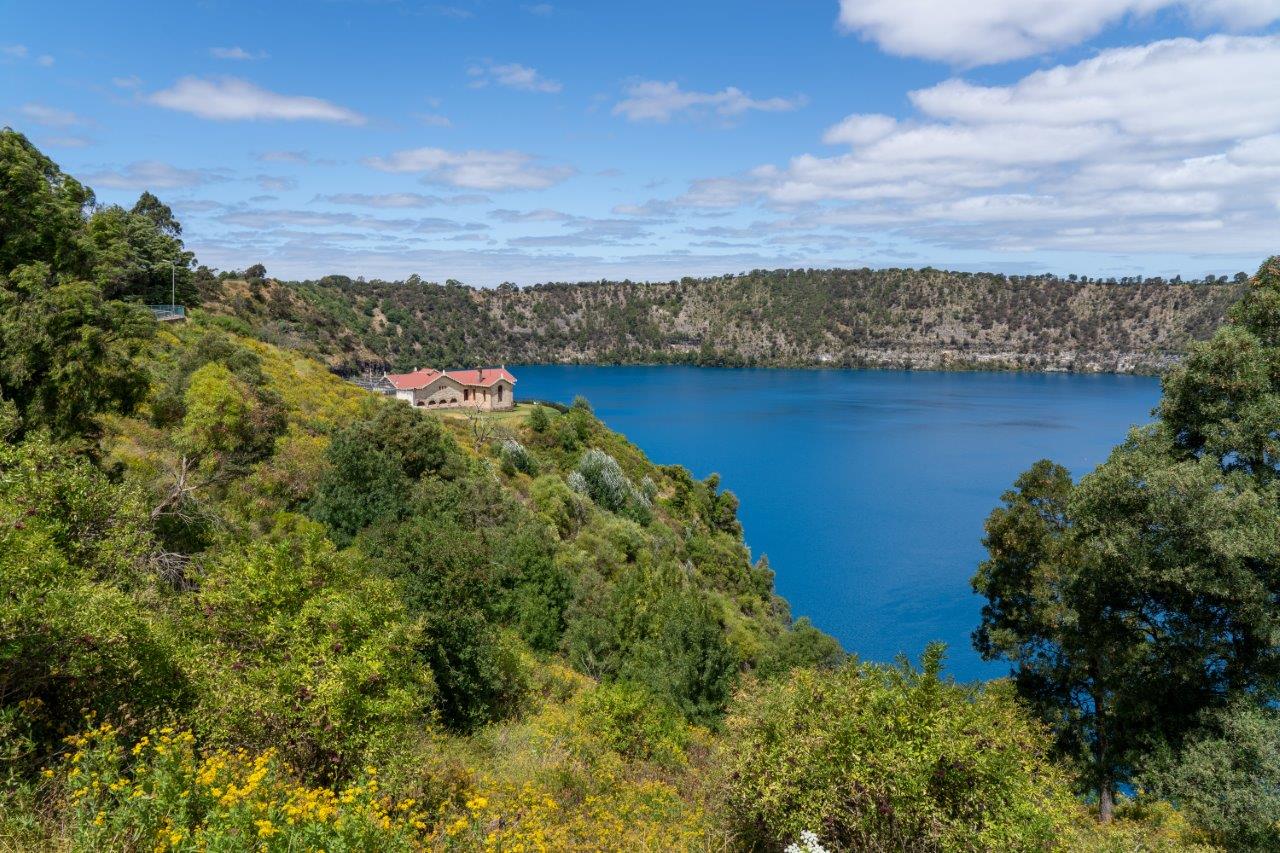 The water colour looks so fake

It literally looks like someone has put coloured die in the water, with it being so blue its hard to believe.

There’s a number of places you can pull up and park, and a walk that goes around the outside of the lake. No access to the water is permitted except by booked tour, and swimming is certainly out of the question. We thought it was interesting that there wasn’t any bird life in the lake either, and I have no idea why. 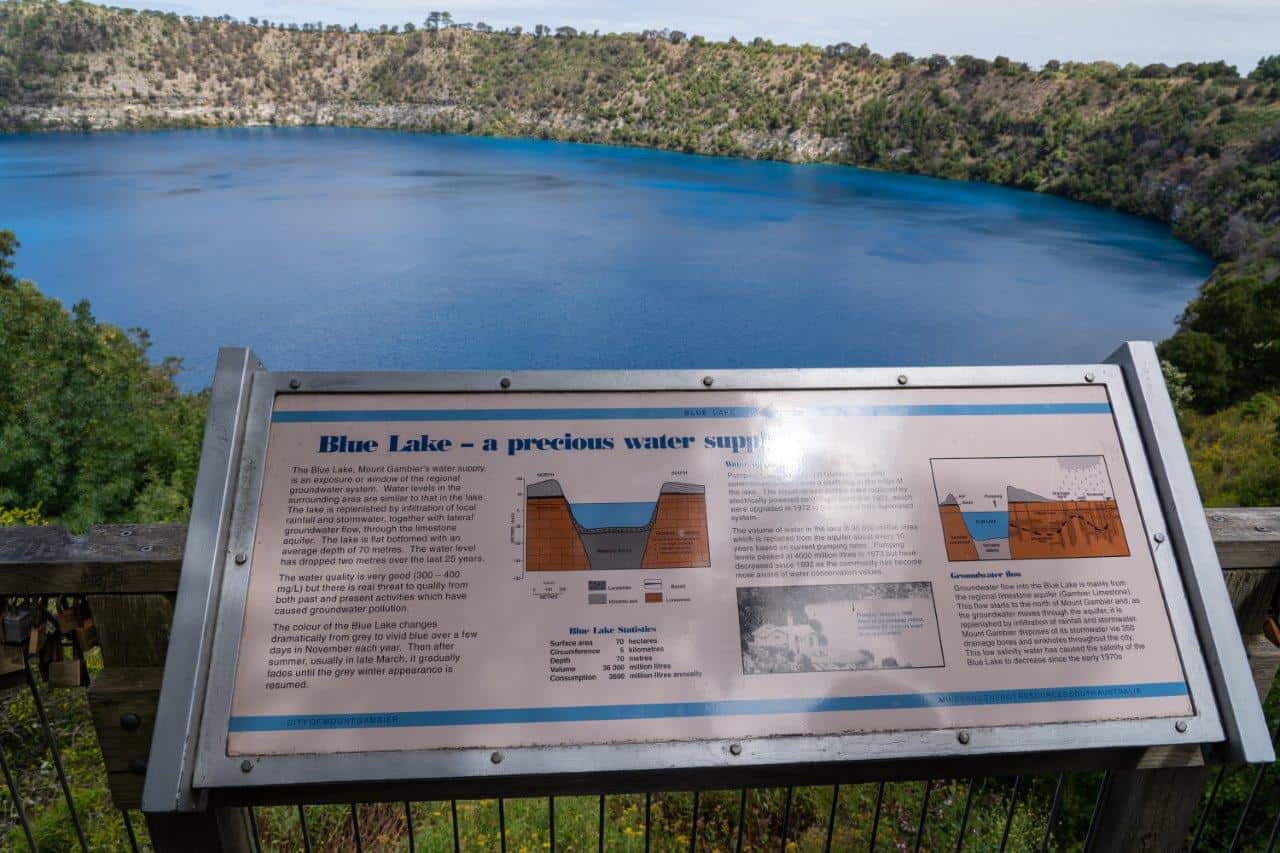 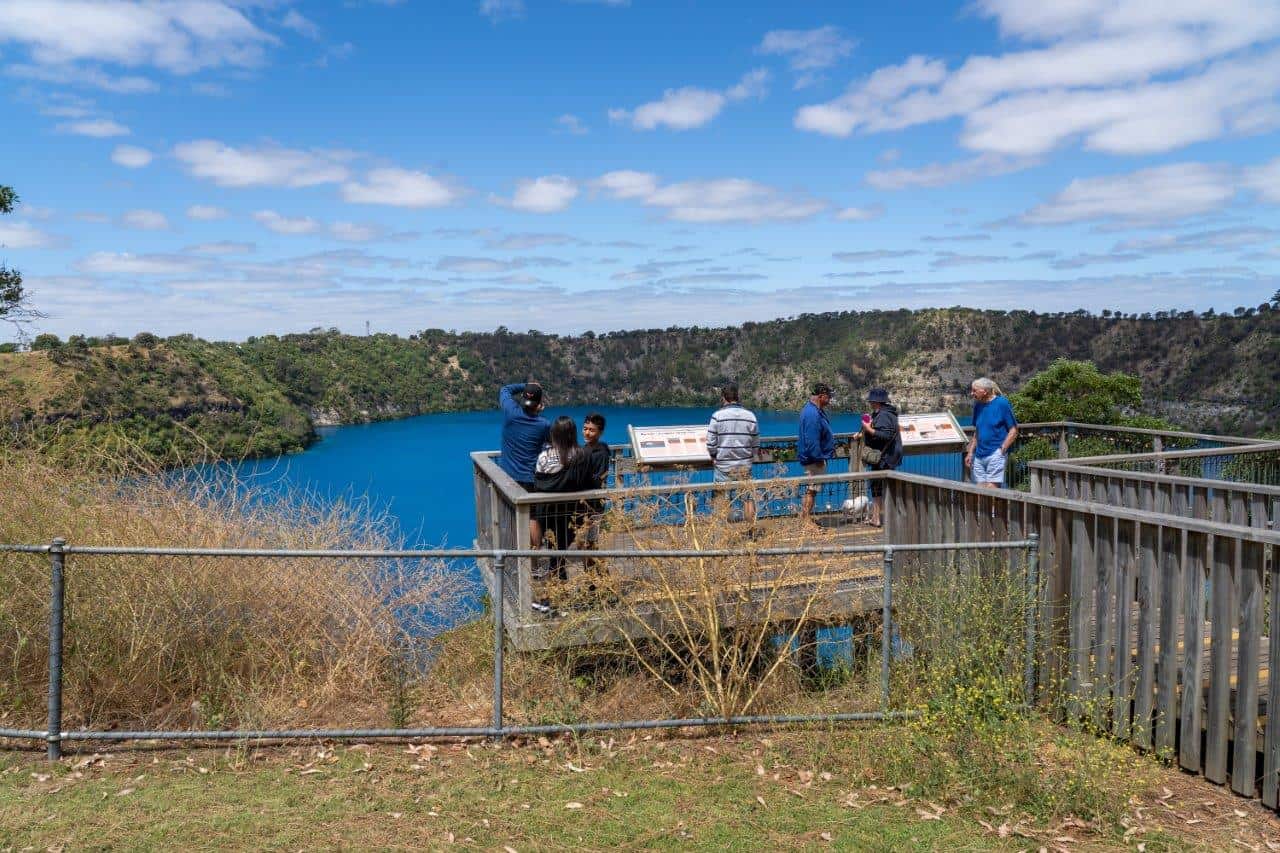 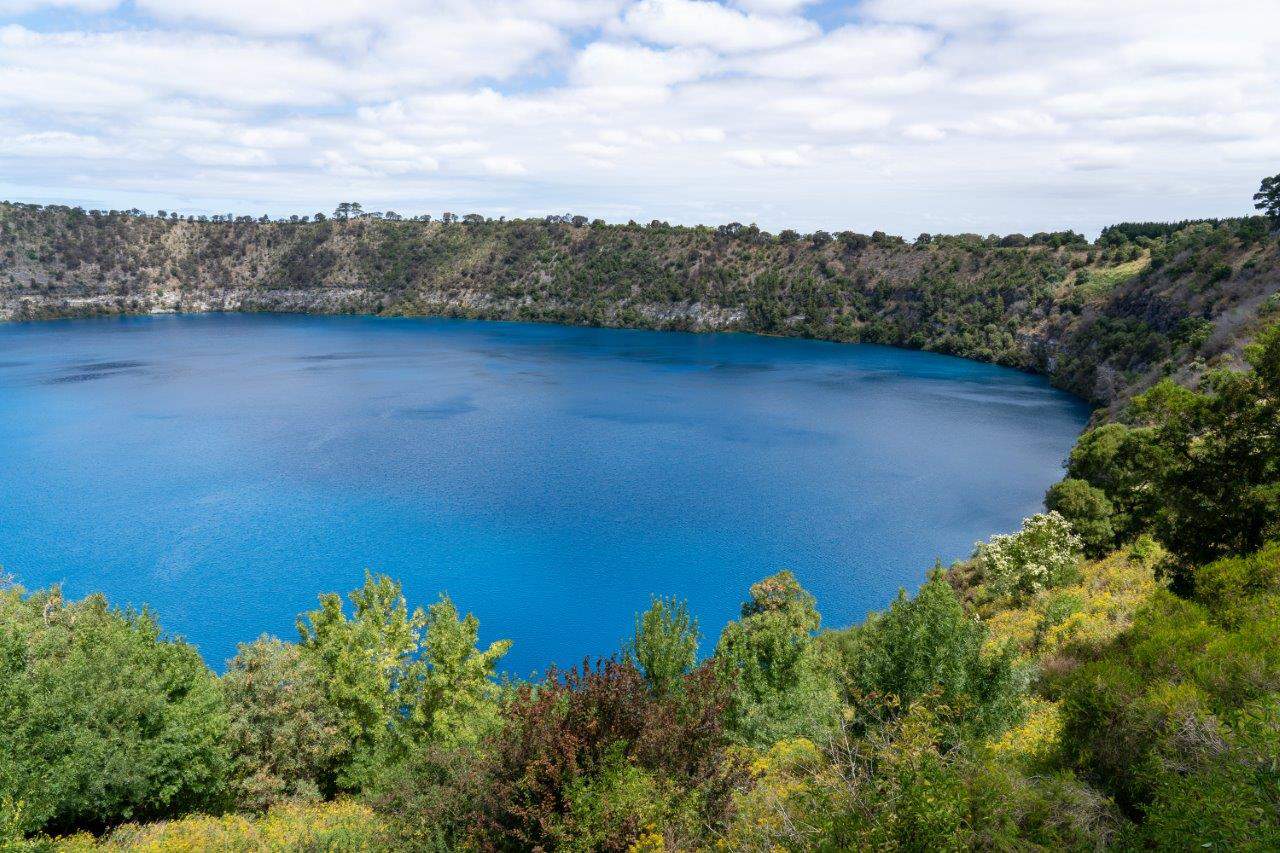 I was honestly shocked at how stunning this is

You can walk to the surge tank by two different paths, and see it from up high, before walking down. 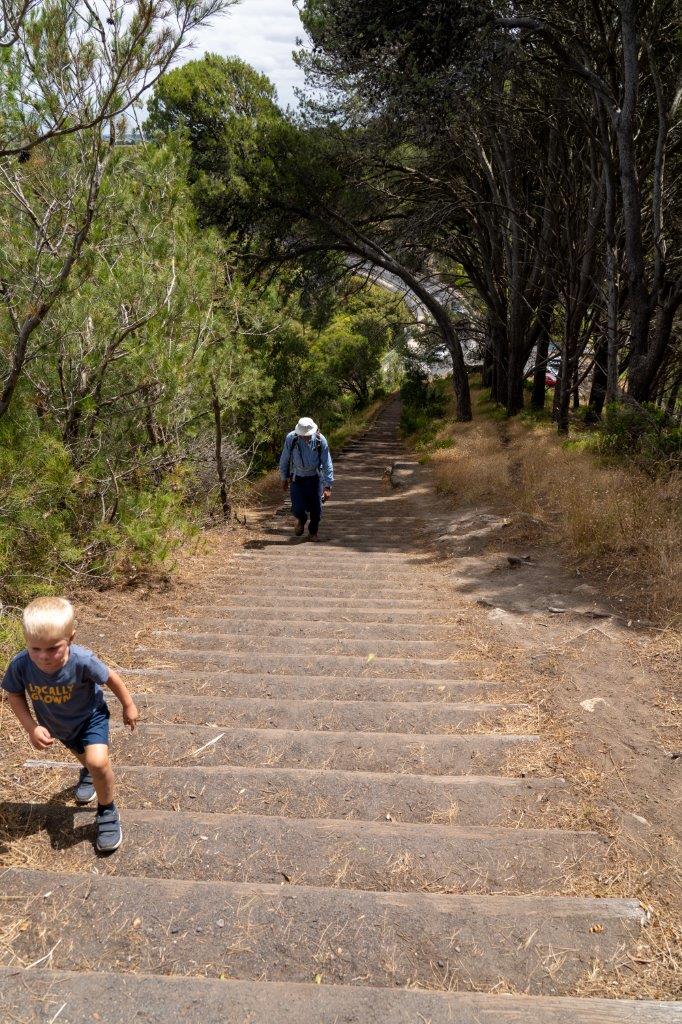 The walk to the surge tank will get your heart going

Nearby is Valley Lake, which is a completely different colour, and is used for water skiing and swimming. There’s also a great playground nearby that our kids completely fell in love with. 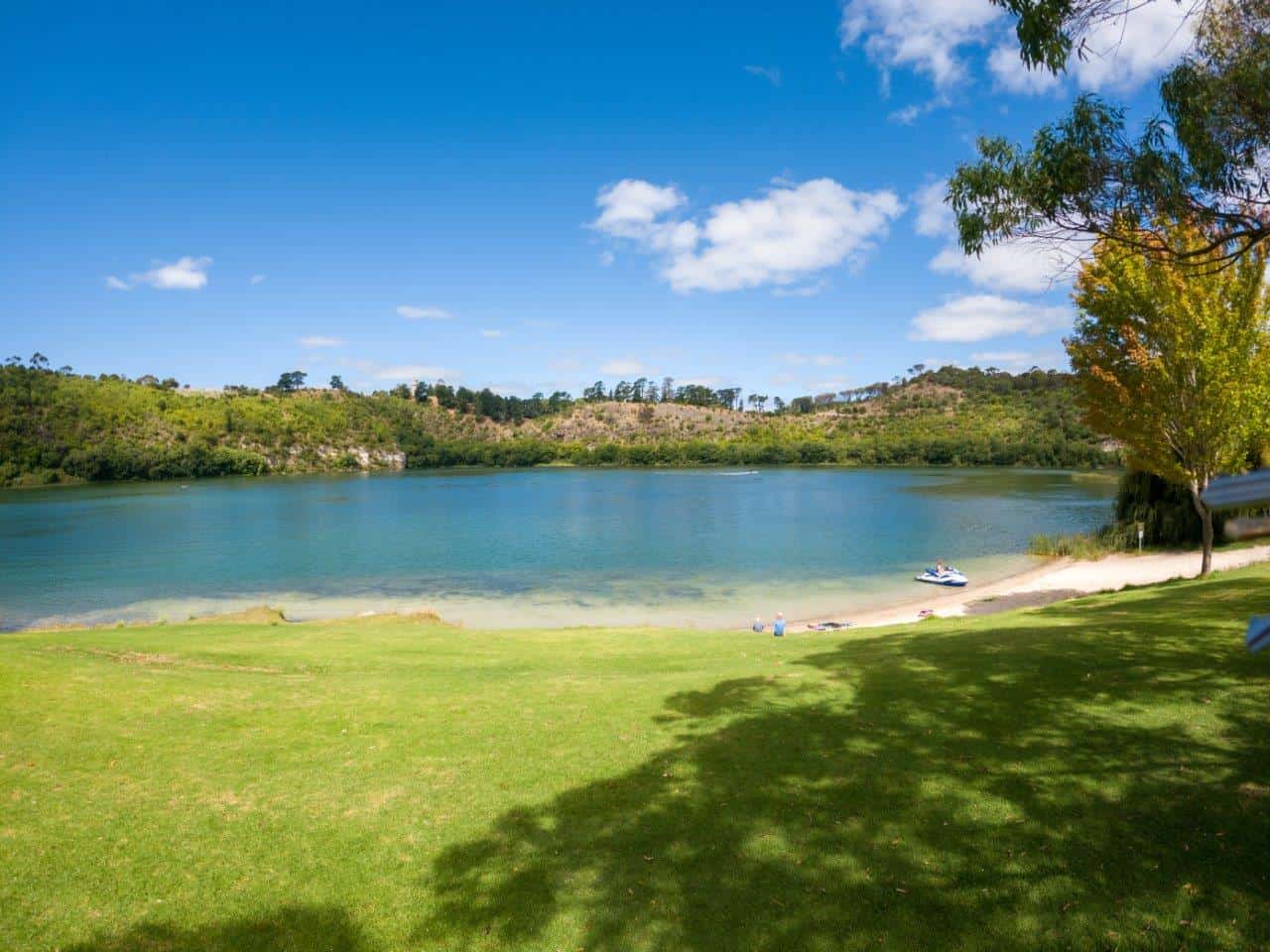 Valley Lake is a very different colour, but still beautiful

Overall, Mount Gambier has some spectacular attractions and the two blue lakes are up there with the best. If you haven’t seen them, you should put it on the bucket list!