On our final leg in South Australia from Adelaide to Mt Gambier, we stopped at some pretty good camp sites, but Southend Tourist Park takes the cake for the most surprising one, and in a great way. I actually went back to the check in office about an hour after we arrived, and we booked another night, and that’s something we rarely do. 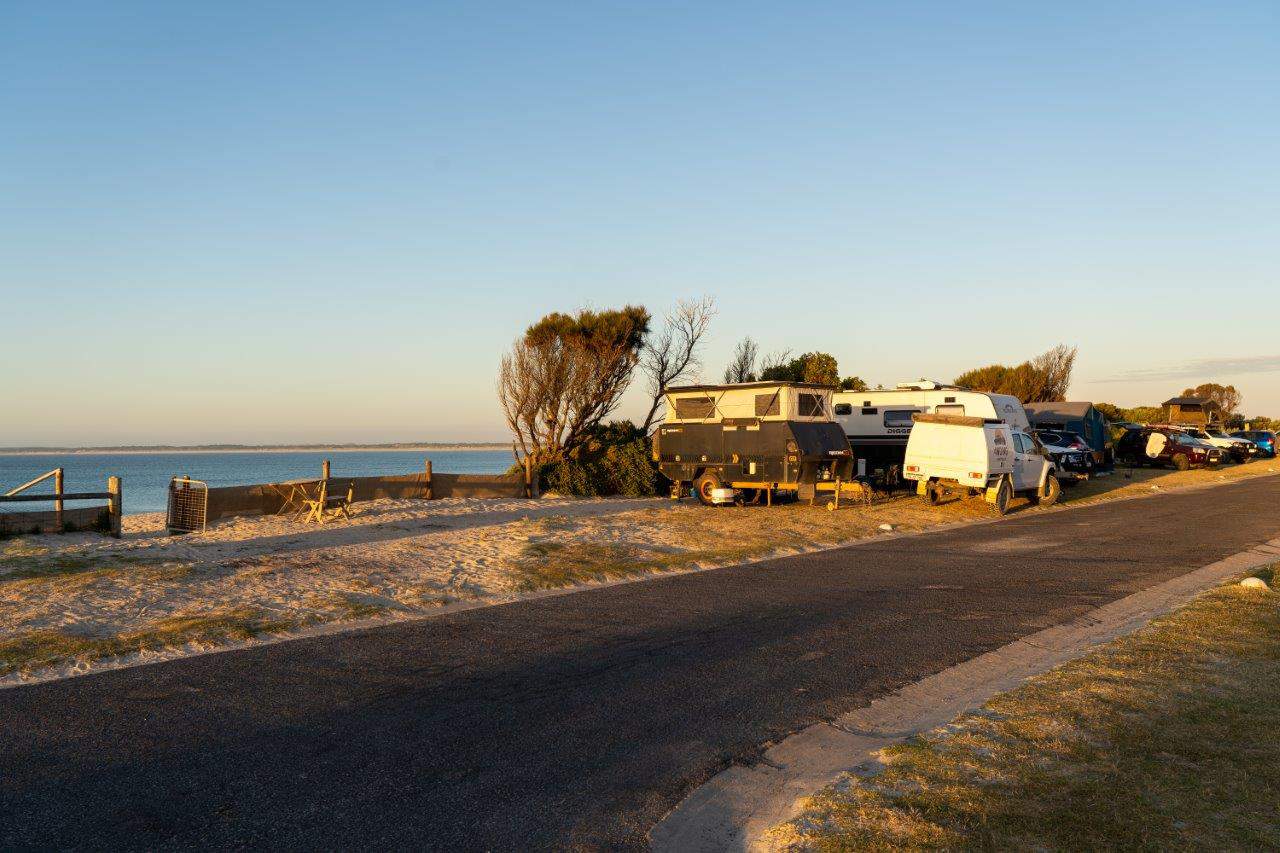 We were really impressed with Southend Tourist Park 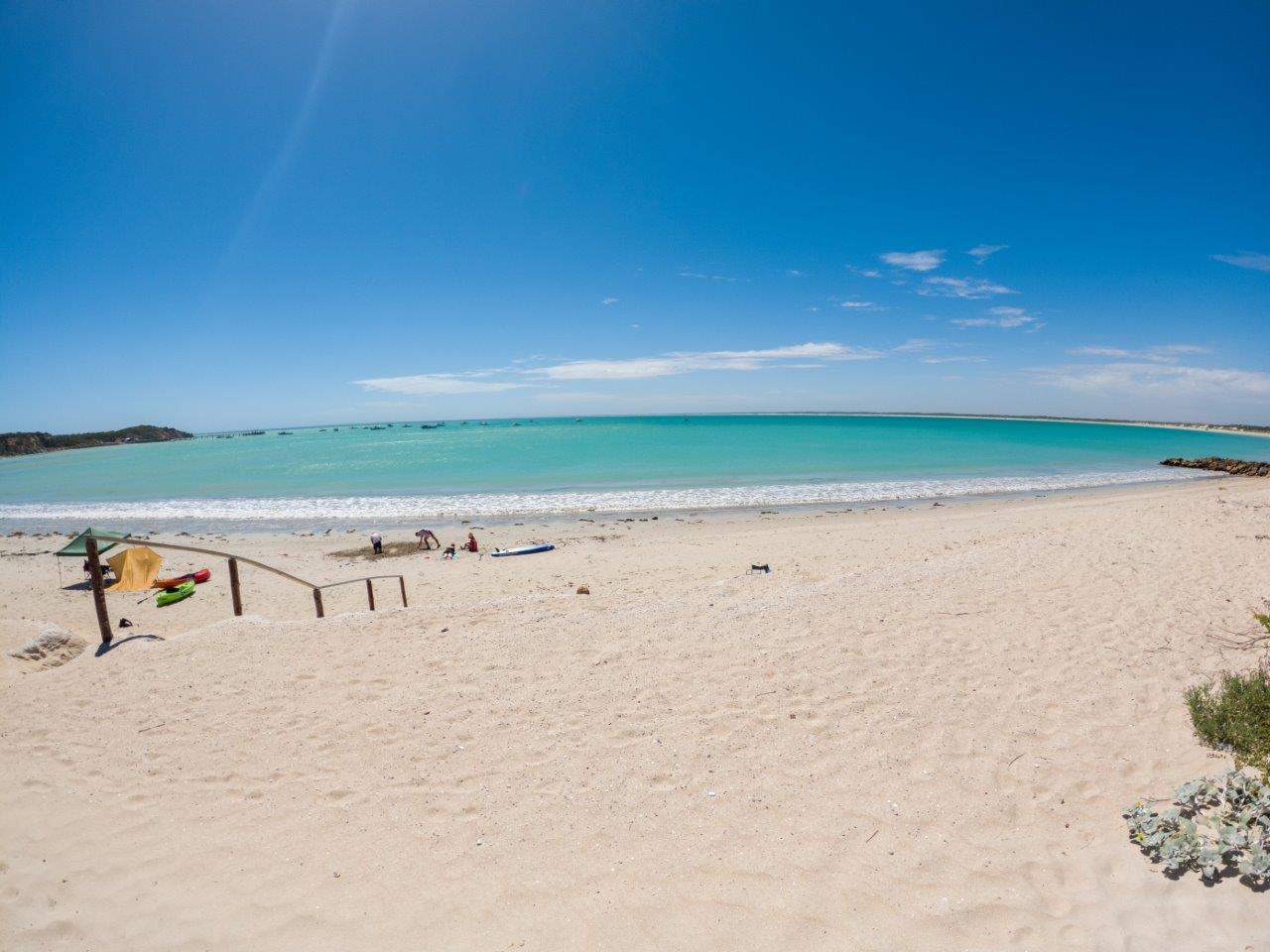 The beach is literally metres away from your camp site, and its incredible

Where is Southend Tourist Park?

You’ll find this great caravan park right on the beach front (on top of a dune), in the middle of Southend. The town is located just south of Beachport, which is hugely well known. 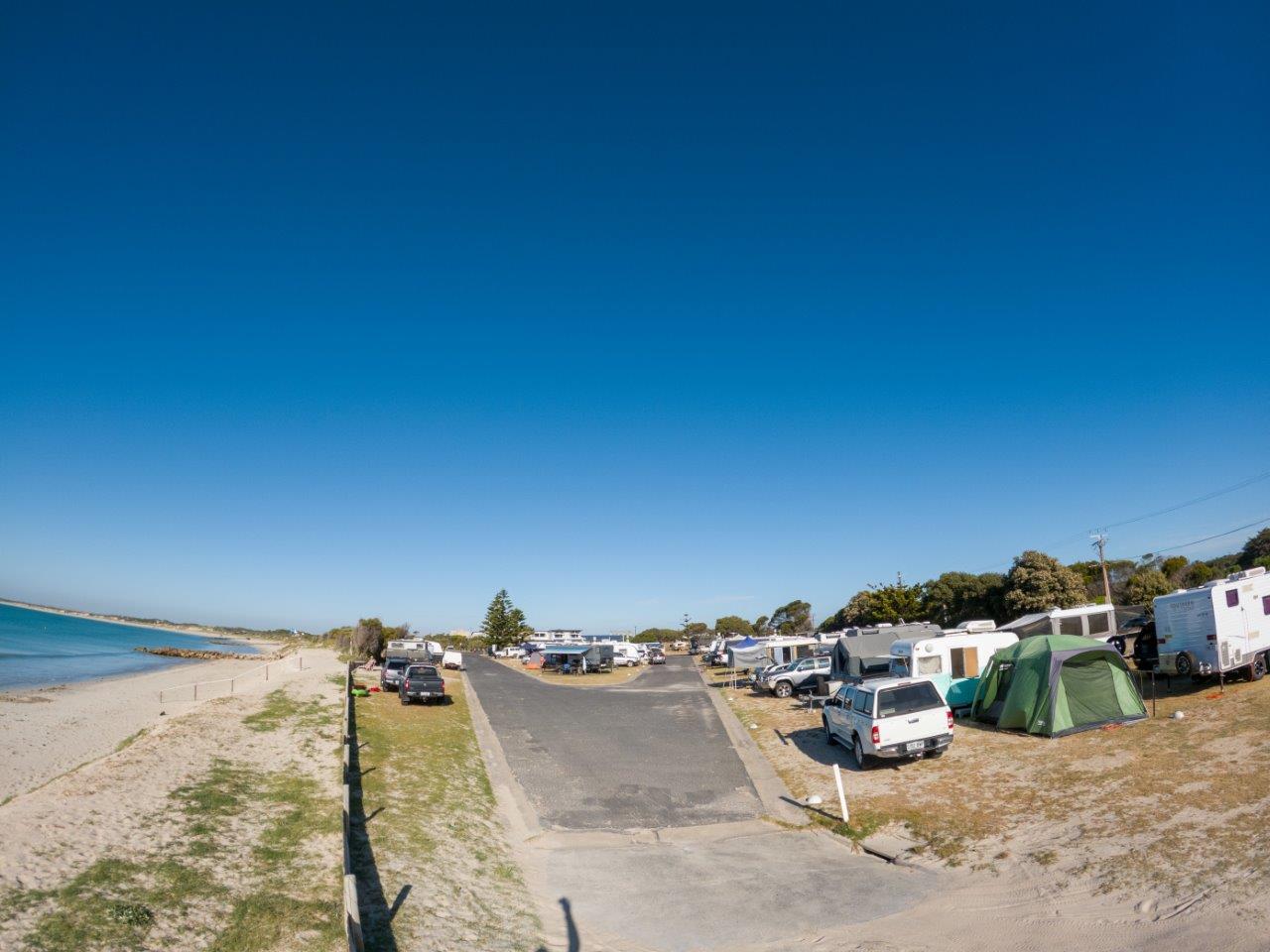 A broader view of the Southend Tourist Park

What’s so good about Southend?

I was not expecting Southend to be such a great spot. It’s got the Canunda National Park on its doorstep, and is small enough to be a quiet, but amazing little town. There’s one shop that does general groceries, plus does the post office work and the fuel, and quite a few houses (and many are amazing). 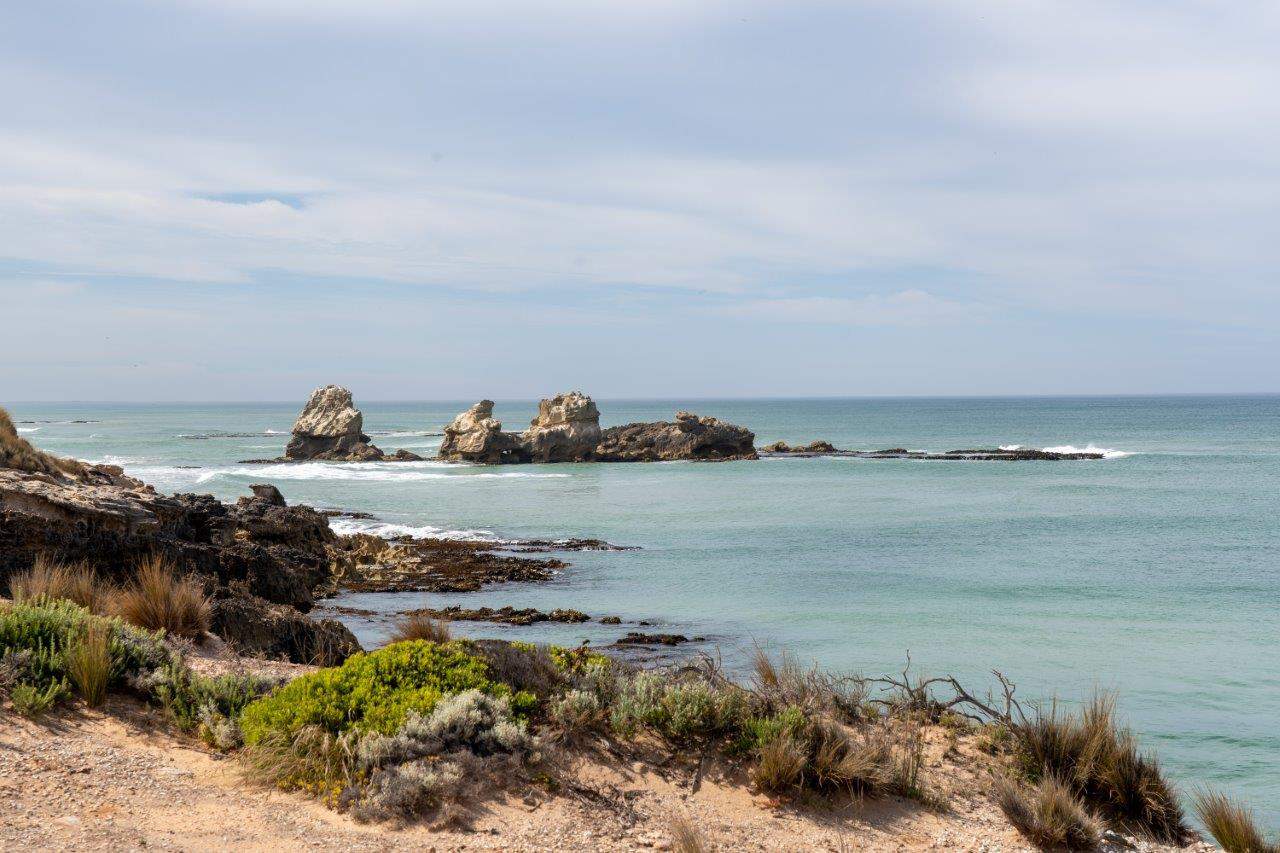 The Canunda National Park is right on the doorstep

In essence its a big, beautiful fishing village with a truly stunning beach, and plenty of other attractions nearby. Southend is possibly as picturesque as Robe and Beachport, but without the crowds of people and huge developments that have taken place, and I quickly fell in love with it as a town. 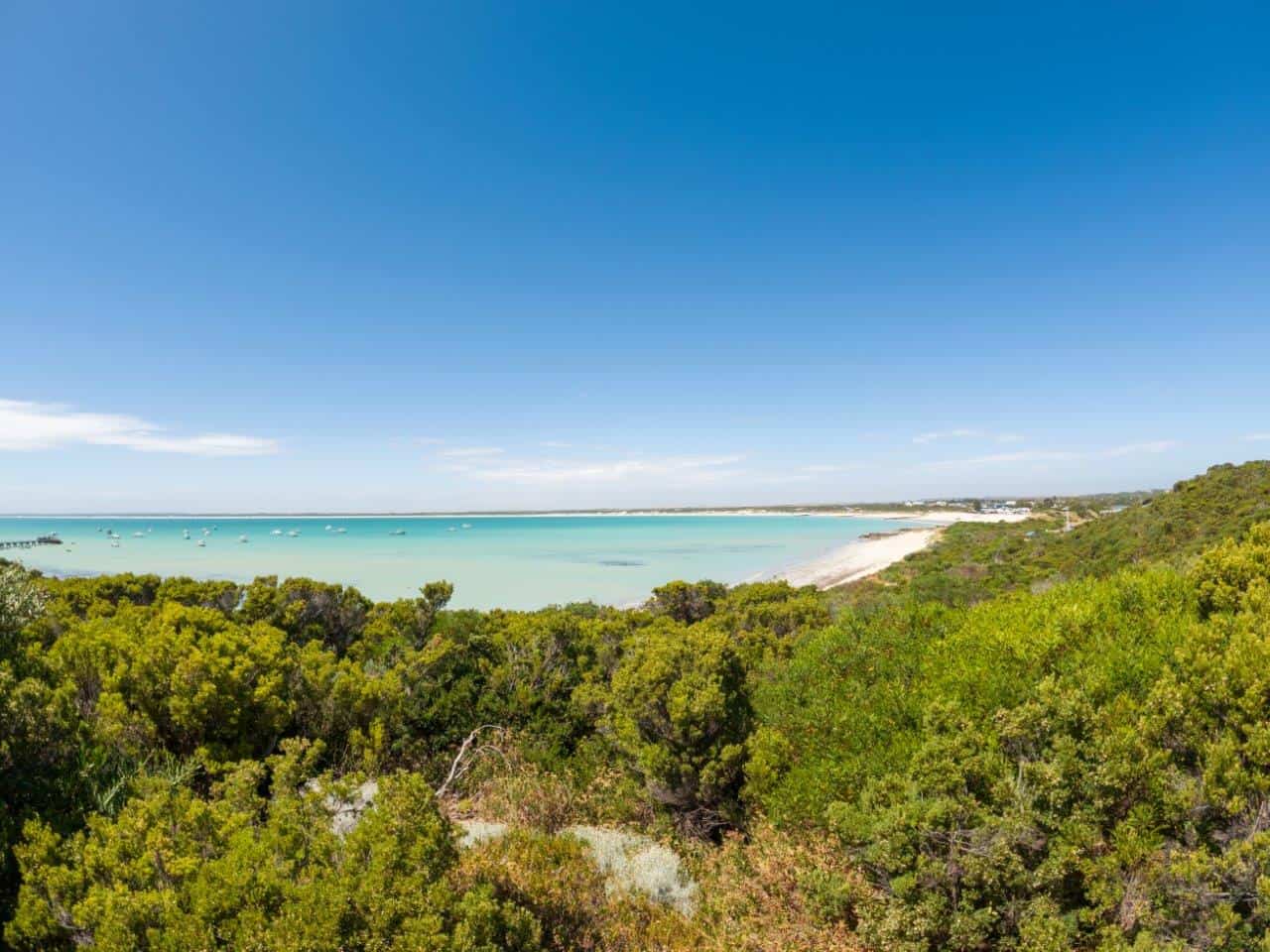 The views around the place are next level, and its nice and quiet 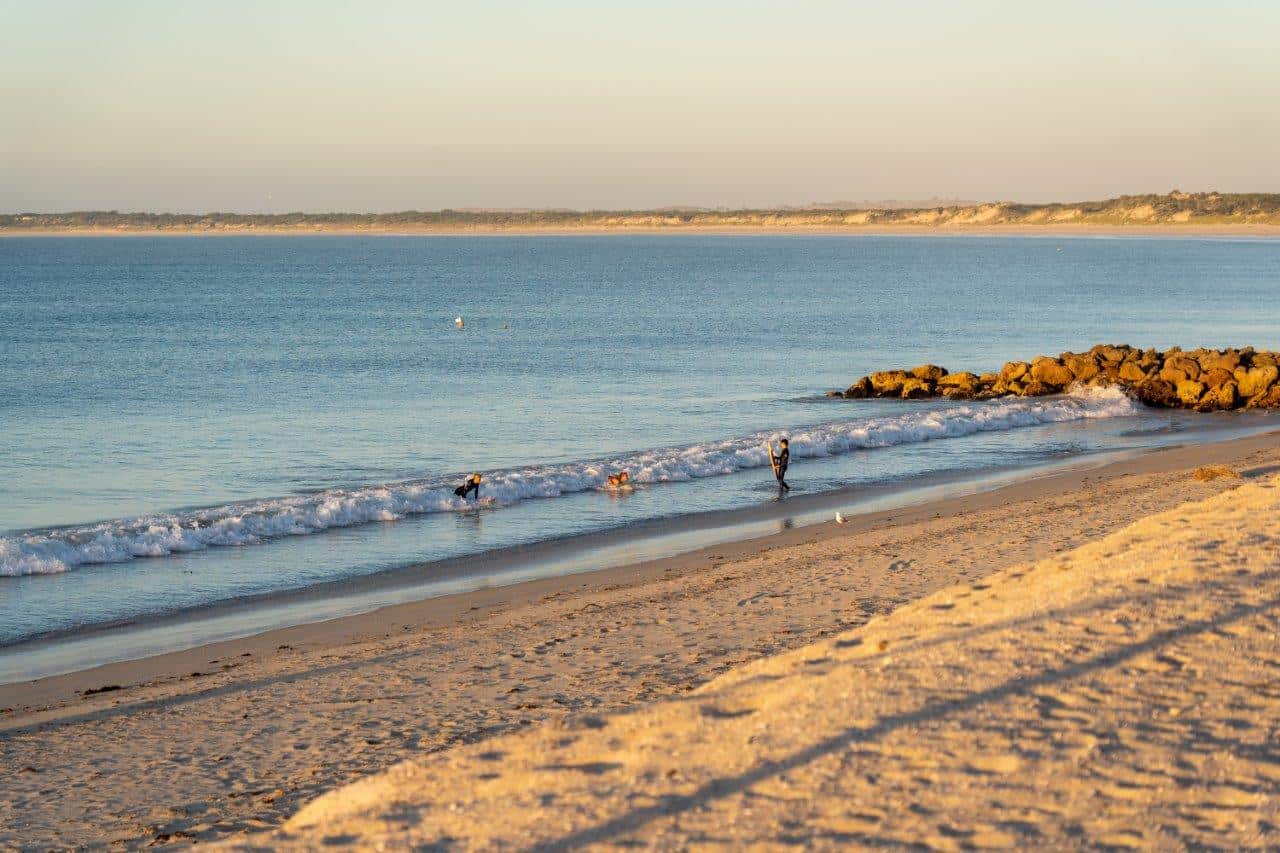 It’s such a relaxed and beautiful region

When we first read about Southend, Sarah was keen to book into the bush camping, but when I rang it was full. If you don’t know, there’s a decent section of land where bush camping is allowed, on your right as you drive into Southend, not far from the other caravan park. 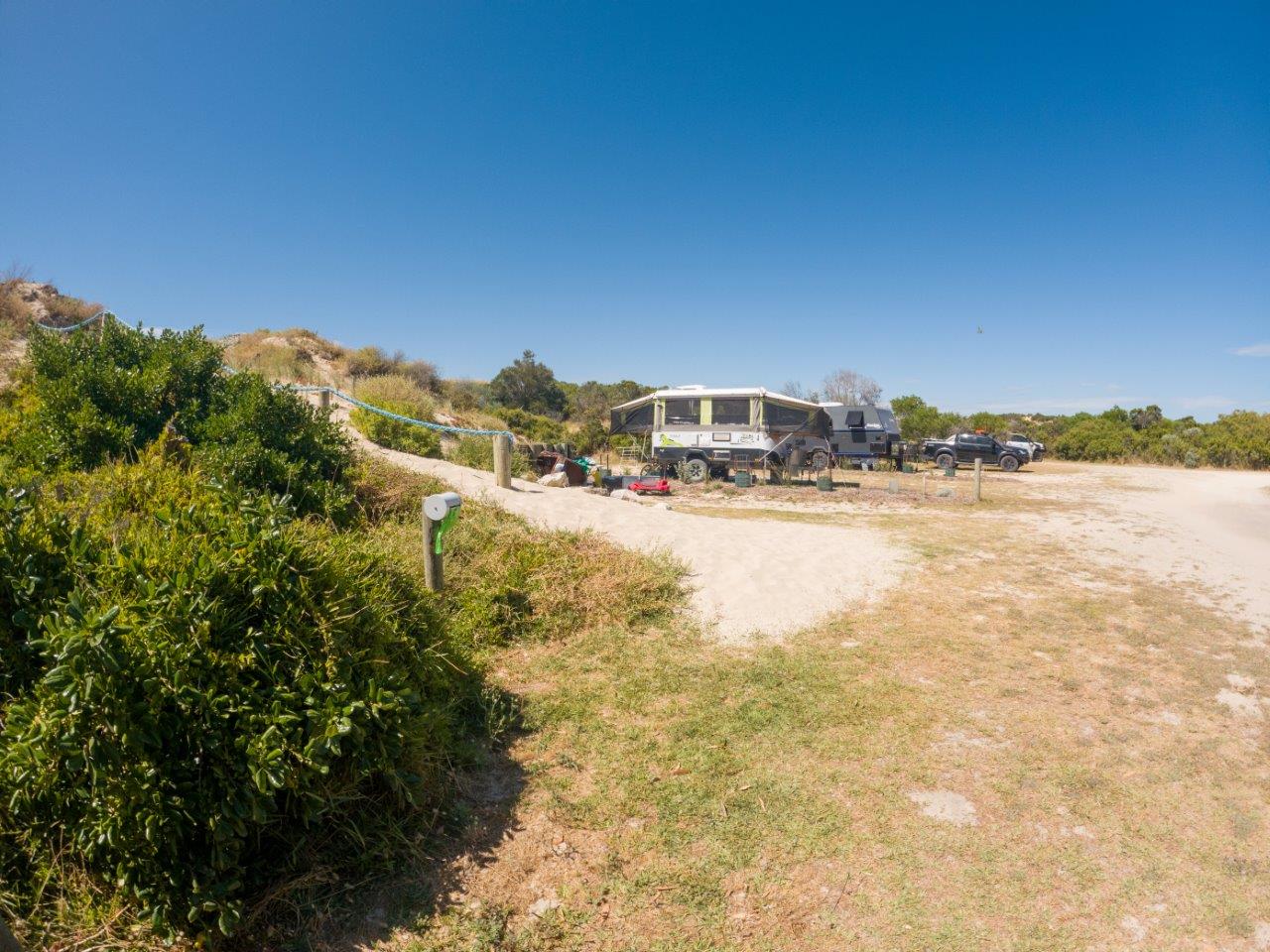 We wanted to stay at the Southend Bush Camp, but it was fully booked

This is owned and operated by the Southend Tourist Park, and has a number of nice grassy sites behind a sand dune, and right near the beautiful beach. There are toilets and a cold shower here, and less people than the caravan parks, but its a pretty awesome spot.

We decided to go to the Southend Tourist Park instead, and see what it was like, and we were all really pleasantly surprised. The staff were awesome, we got an amazing camp site (unpowered, number 5) with views over the water and beach access right next door. 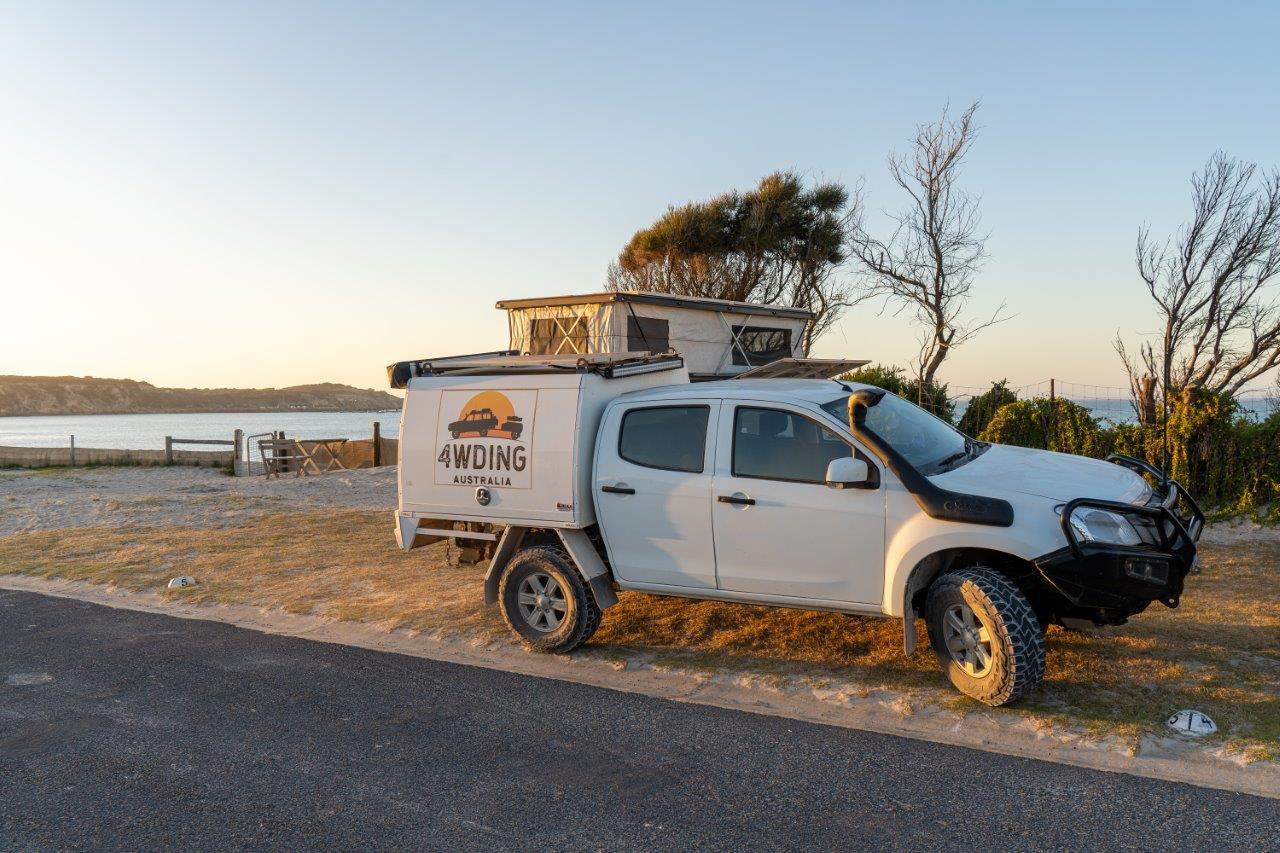 We jagged a brilliant camp site and had an awesome time 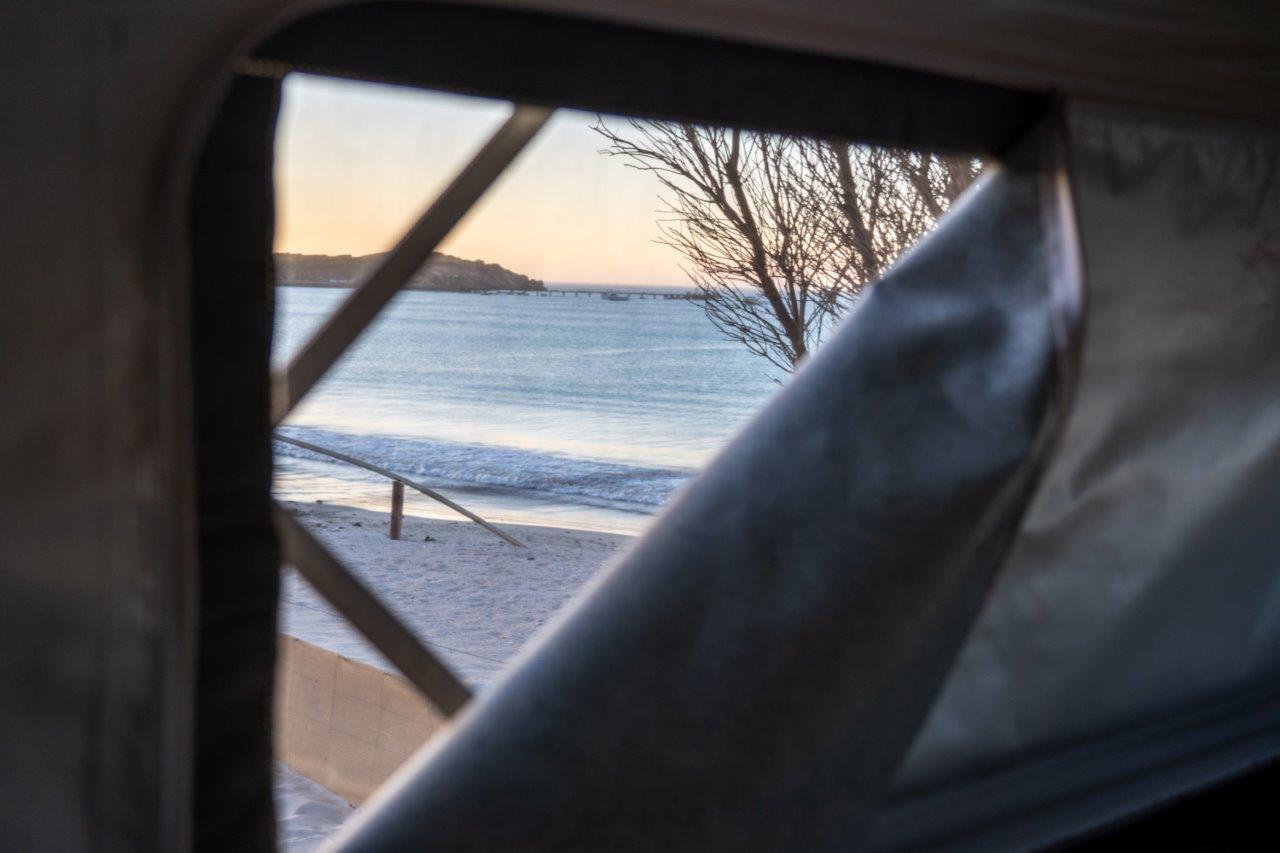 The views from our hybrid camper windows were pretty good!

They run on salt softened bore water (so don’t plug your caravan in), except for a couple of rainwater tanks but the toilets and showers are good, and we were shocked at how nice it is.

We paid $27.50 per night for two adults and one child over 6, on an unpowered site. My folks paid $20 for an unpowered caravan site (they are only 9 metres long), which is a really good deal. 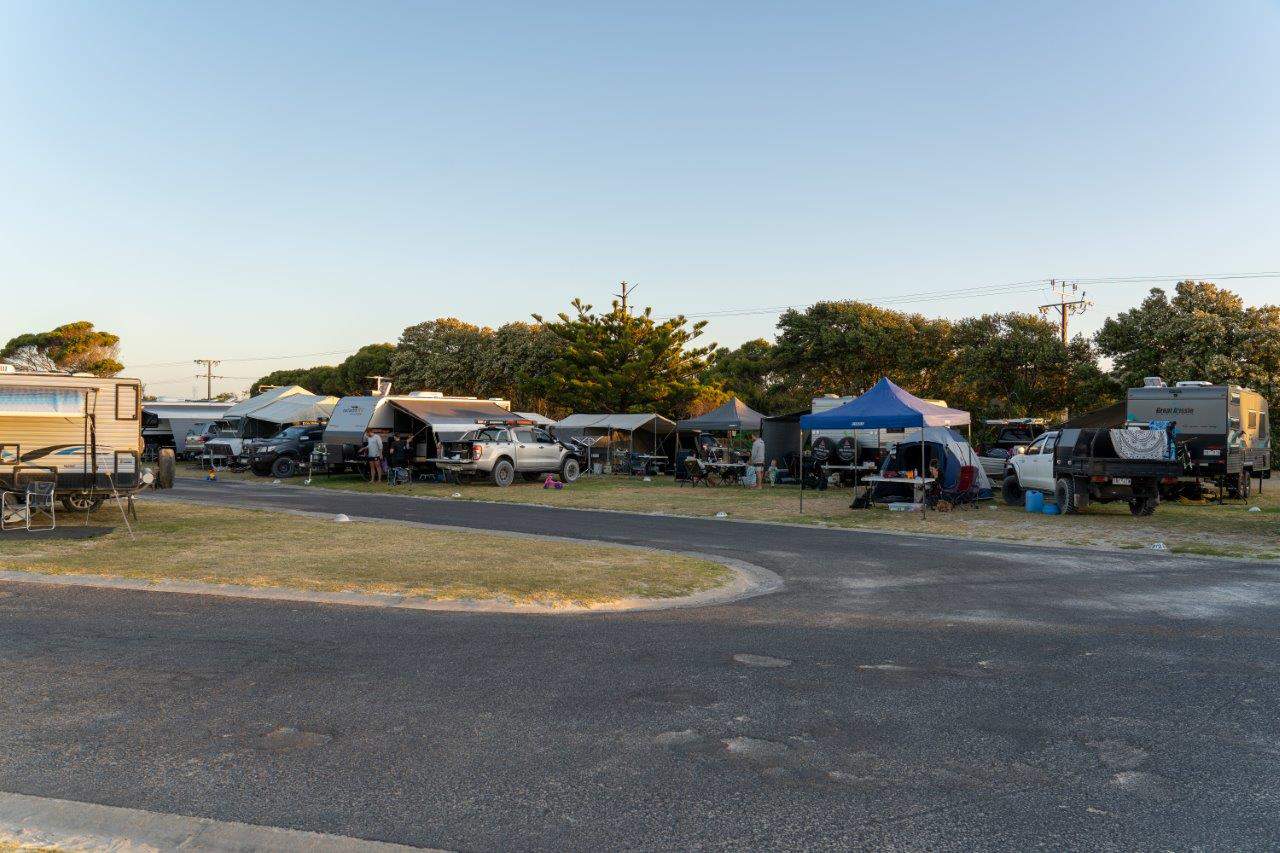 Just opposite the Southend Tourist Park is the start of the Canunda National Park, which goes for miles down the coastline. This is stunning, and probably as good as the Robe and Beachport 4WD tracks.

We spent half a day exploring the area before we were blown back to camp! 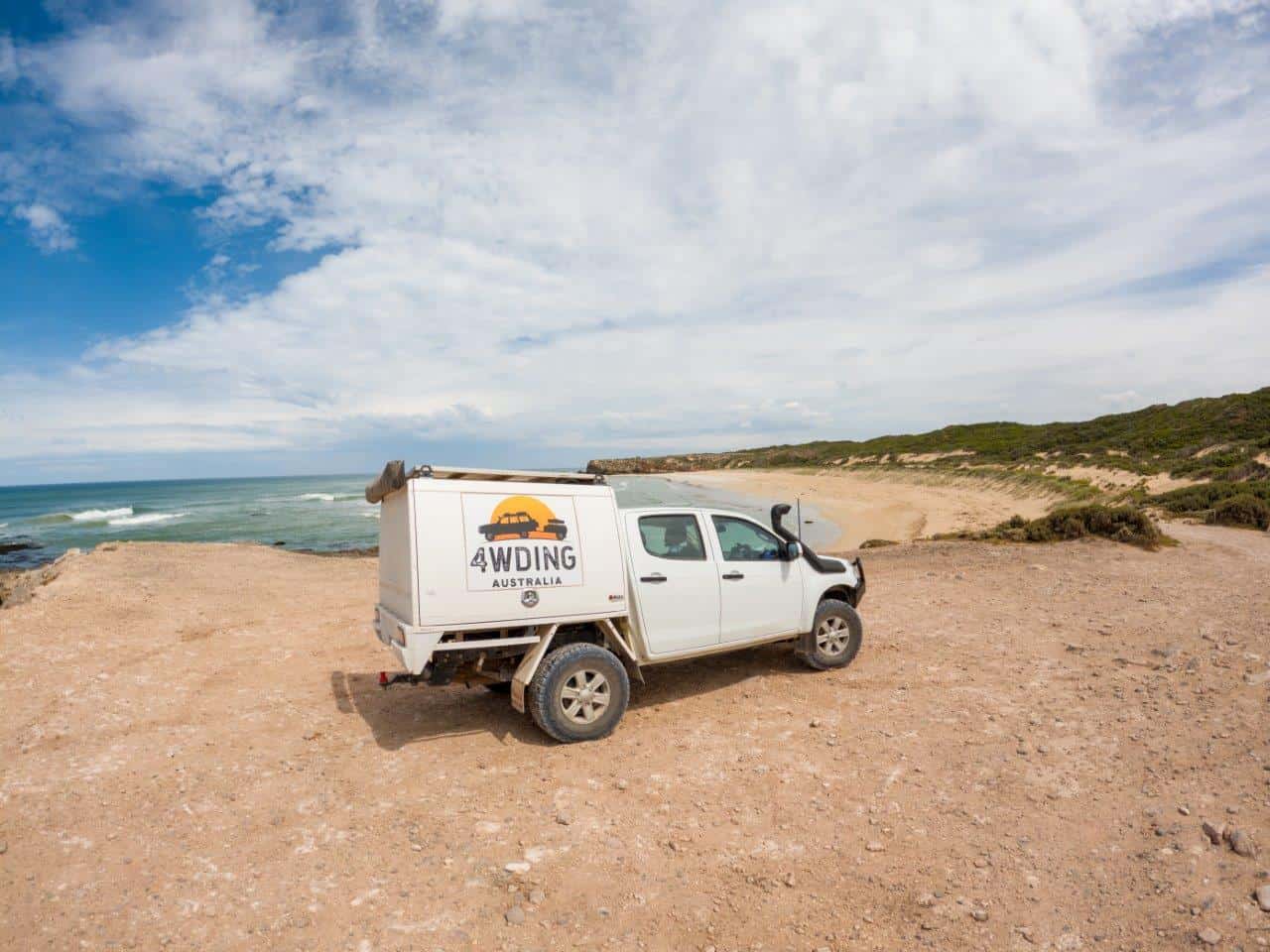 We had a great time exploring the Canunda National Park 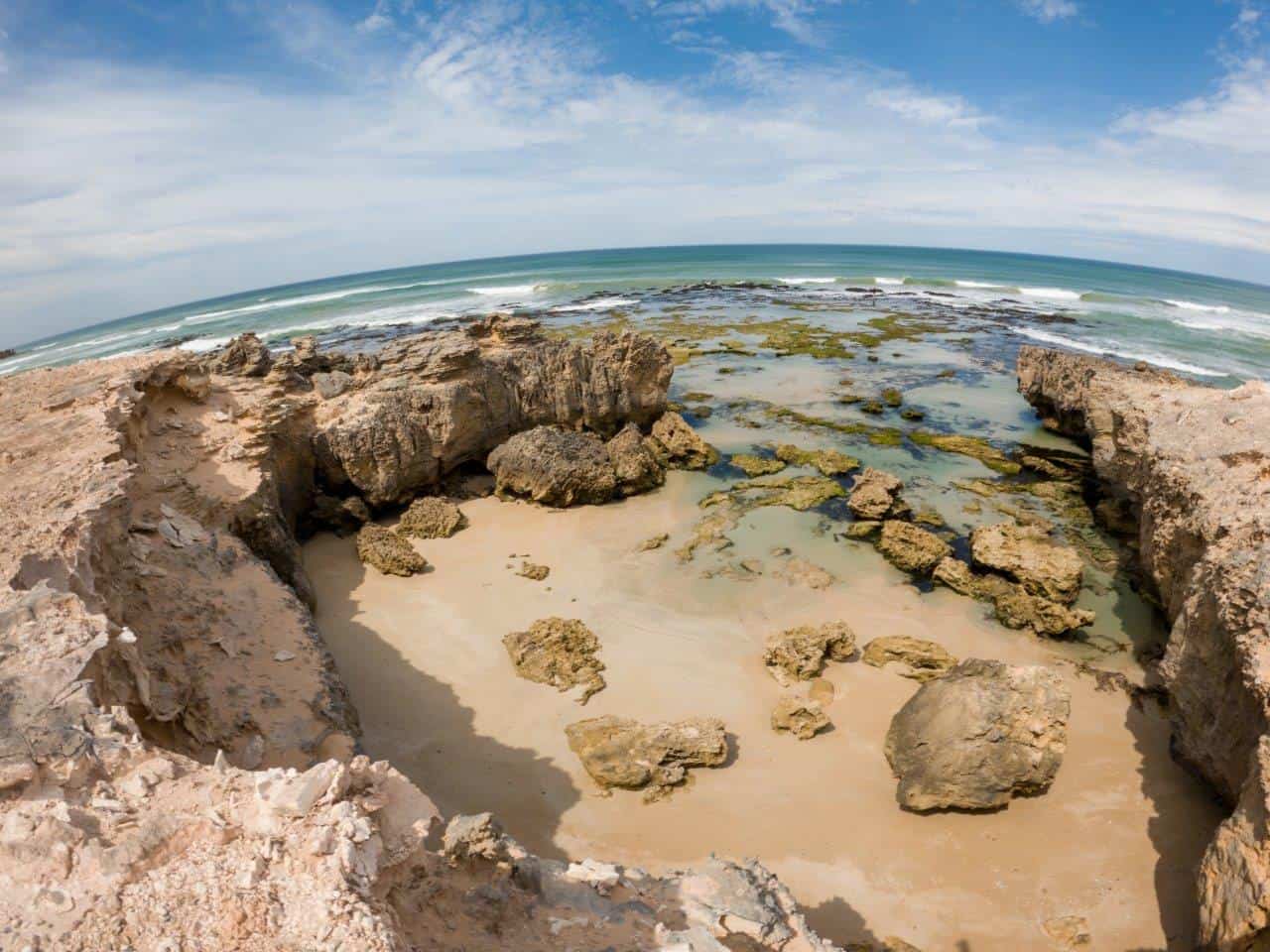 There’s some magic spots in the Canunda National Park

We got rubbish weather the second day

As mentioned above, we lucked out with the weather. It was reasonable when we arrived (just windy) and it calmed down to a pretty amazing evening. The next day was OK in the morning, but we knew it was going to blow up badly, and start to rain.

By the time we got back from the National Park our Cgear mat literally had 30mm of sand on it in some spots, and we were very glad that we’d zipped and shut the camper up (although we still ended up with some sand through the vents and a tiny gap in the zip). 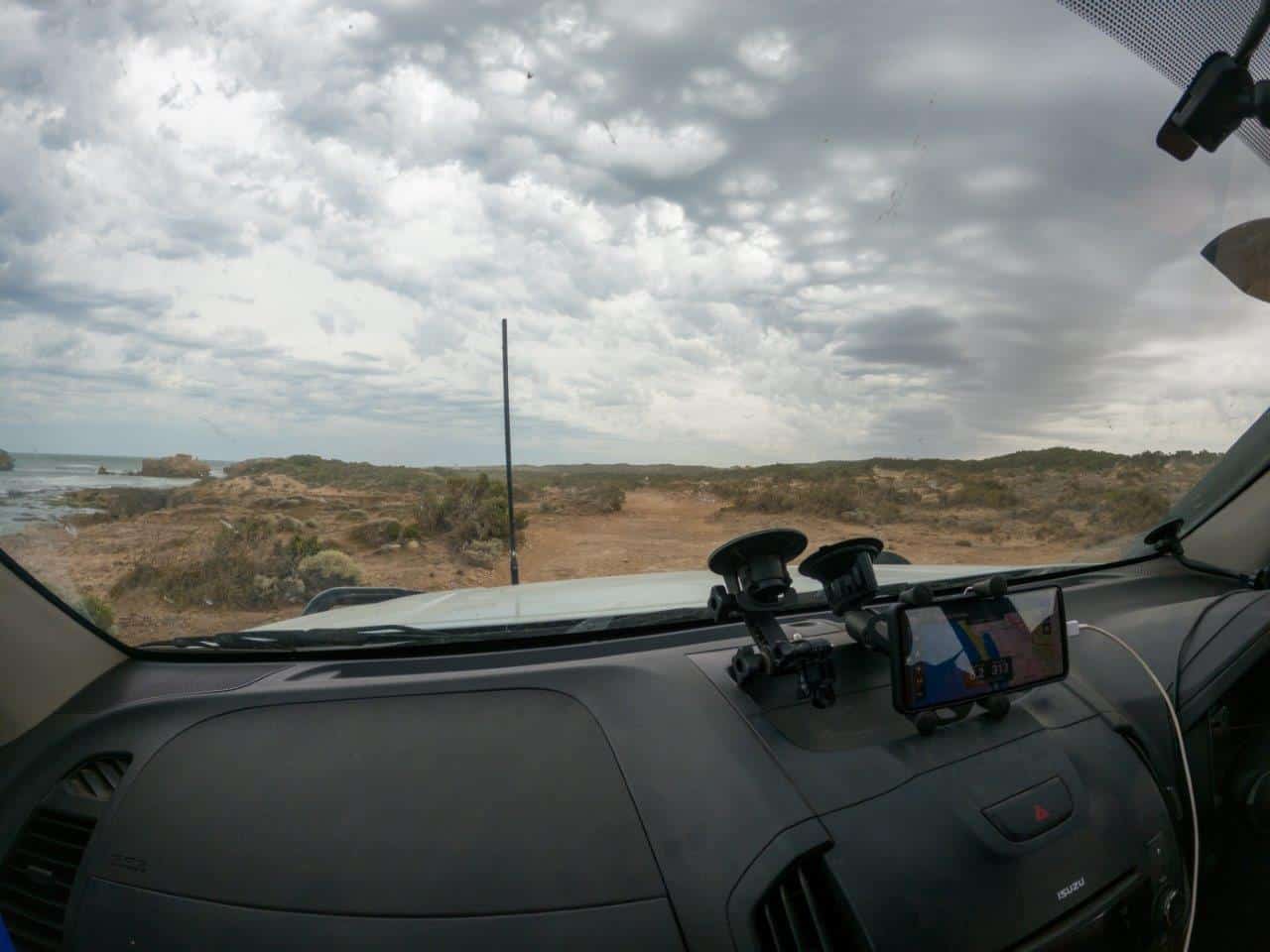 Day 2 saw us get hammered by bad weather

My folks ended up with a heap of sand in their van that blew through the top vents, and the windows that were open. We came back to two gazebo’s of other peoples wrecked, and a tent that was about to fall apart. We helped some others, but it was a pretty miserable afternoon. 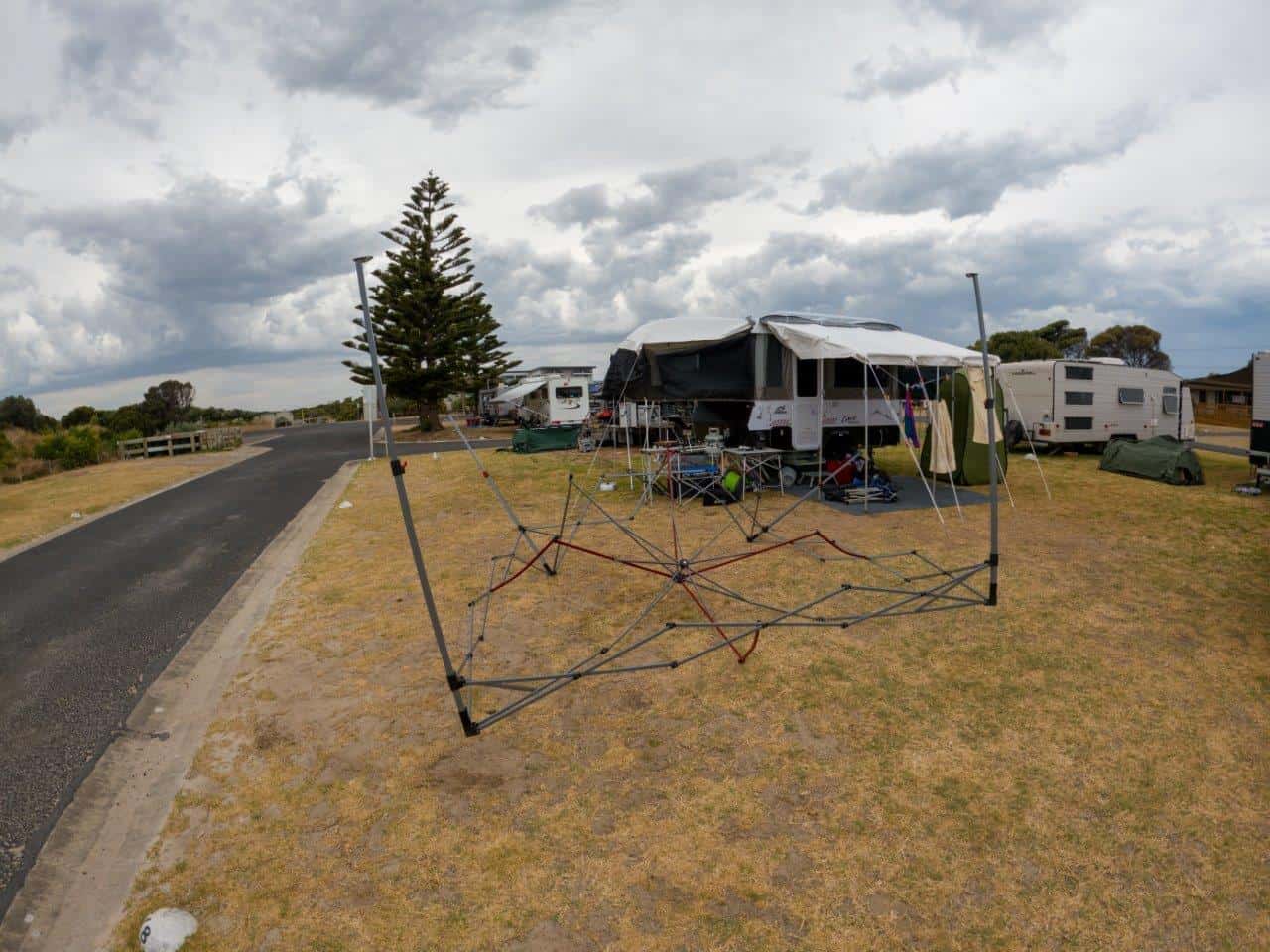 There were at least two broken Gazebo’s that day

It’s not normally like this though, and the photos we saw of the bay when its calm and magic were enough to put this spot in our top destinations to check out in South Australia.

Southend is absolutely on our list for next time

We were all really chuffed with Southend, and would go back to the Southend Tourist Park in a heartbeat. This has new owners, and they’re doing a great job in making it a good place to stay.

I’d love to stay at the bush camp at some stage as well, but for the pricing difference, and value for money you can’t really go wrong with the Tourist Park either. 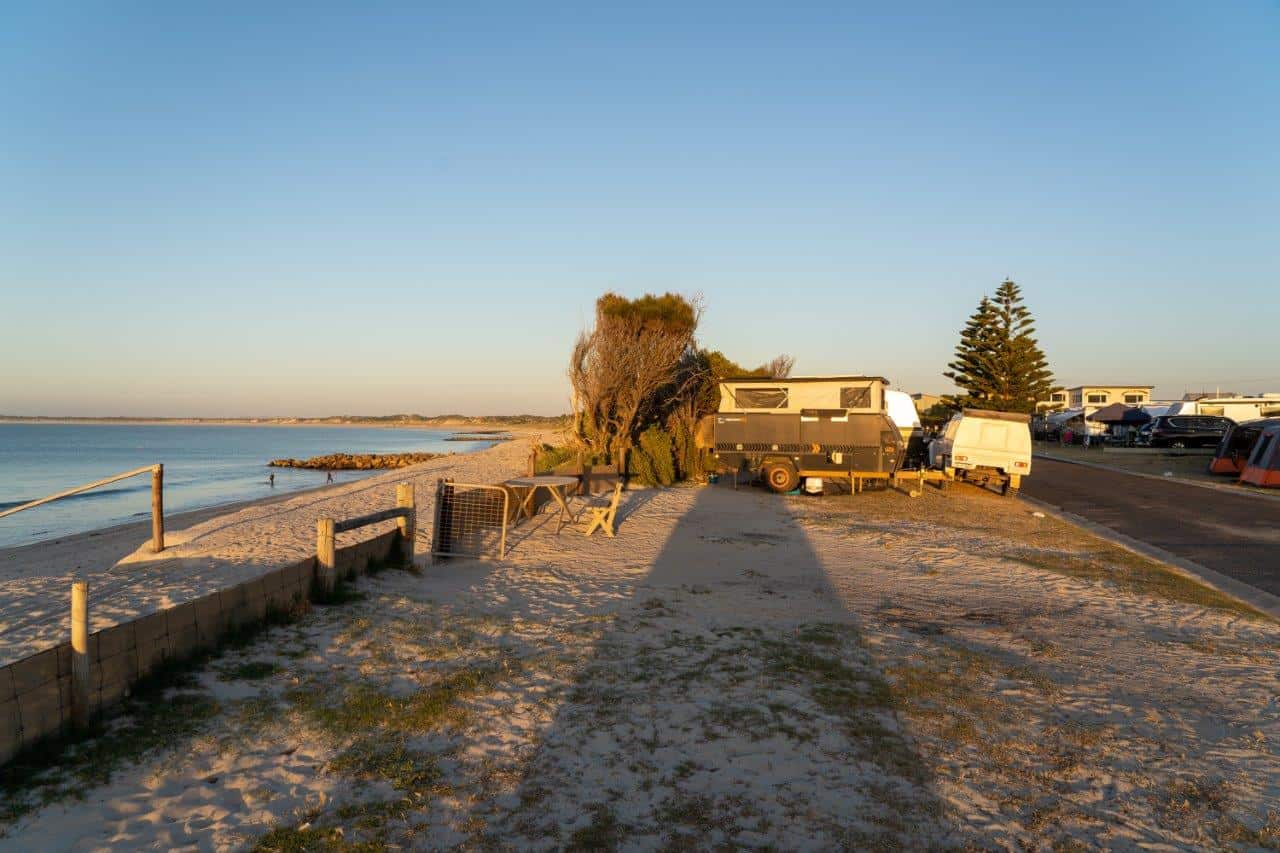 Southend Tourist Park, we’ll be back!