We’ve seen some pretty incredible coastline over the years, and these days it takes a fair bit to impress us. However, rolling into Horrocks I was actually shocked at how stunning the coastline is. 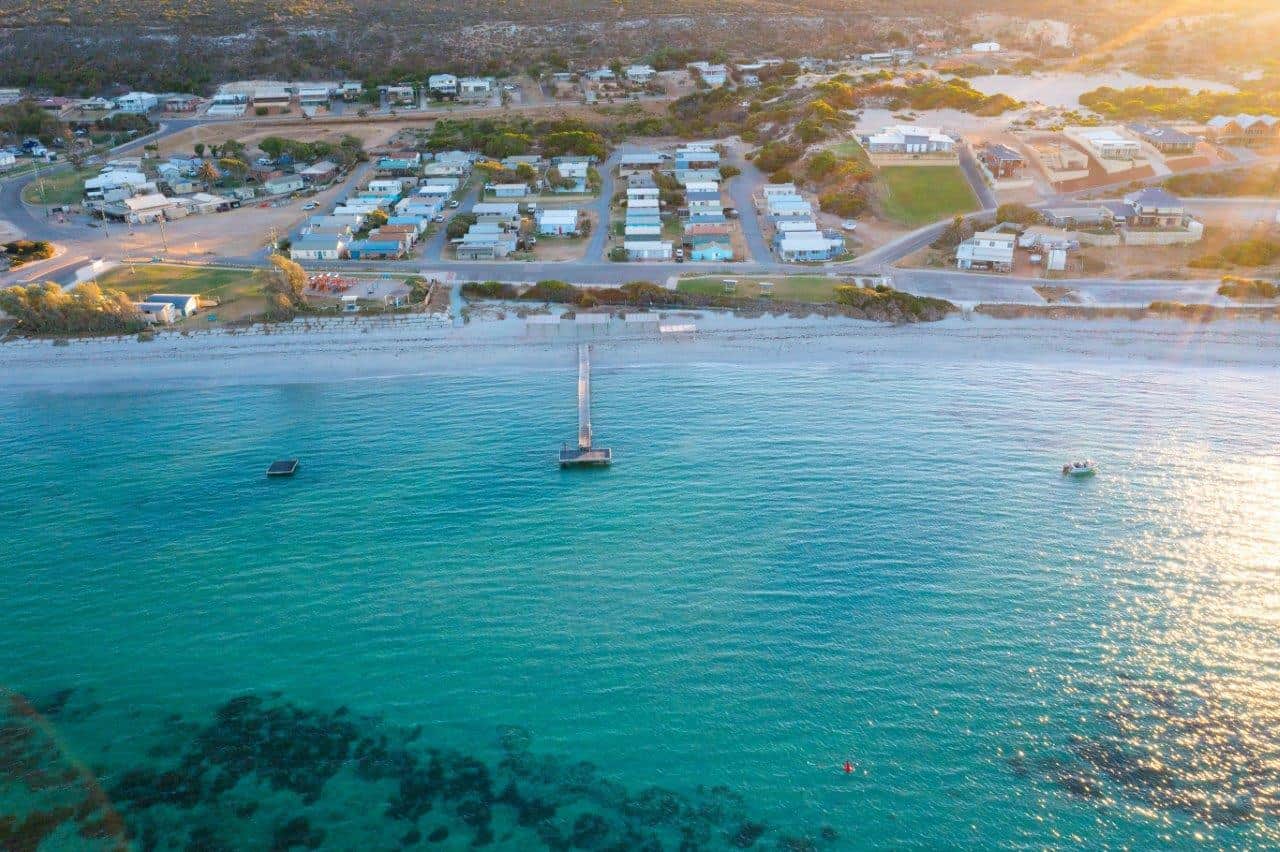 Horrocks Beach is one of the best in Australia

Suffice to say Horrocks was just one big tease for us, with amazing weather for the first half day we visited, shocking wind for the remaining 6 days and then calm again on our day of departure. Typical.

Before heading away, I told a couple of people we were going to Horrocks, and they all looked at me with the ‘huh’ expression. Horrocks is a small town right on some of the best coastline you’ll ever see, and is not very well known at all. We stayed at Horrocks a number of years ago at Little Bay out of town, and this time after spending a week at the Caravan Park, its stolen a piece of my heart.

From the moment you roll over the last hill and see the coastline, you are greeted with some of the best coastline you’ll ever see in your life, and it only gets better the closer you get. 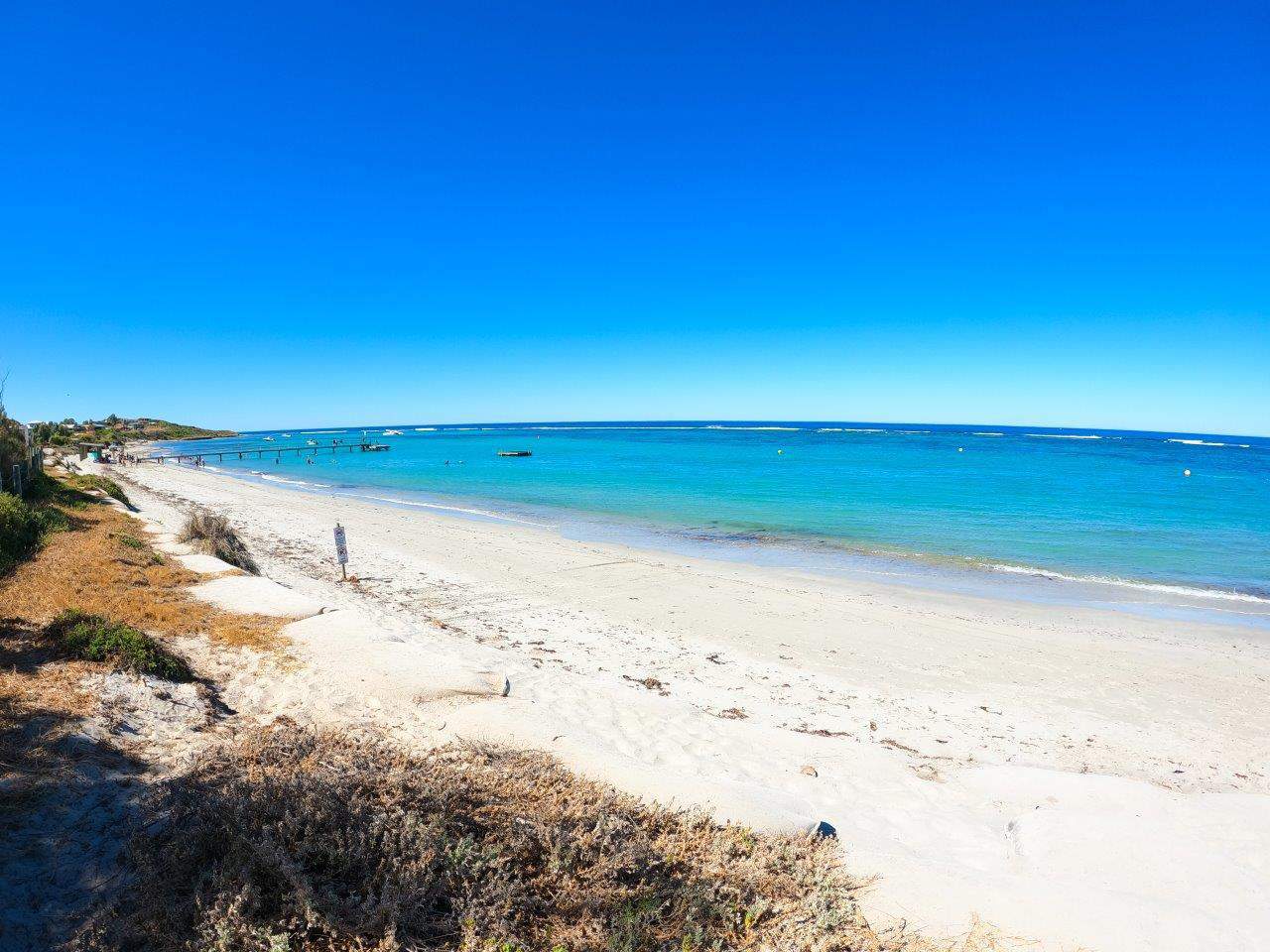 One of the most beautiful beaches around

Horrocks is just a short drive towards the coast from Northampton, and around 5.5 hours drive north of Perth. It’s 25 minutes from the Pink Lake at Port Gregory, and about an hour south of Kalbarri.

Horrocks is a small coastal town with a general store, some beach boat ramps, a reasonable number of holiday and residential homes, a caravan park and that is really about it. 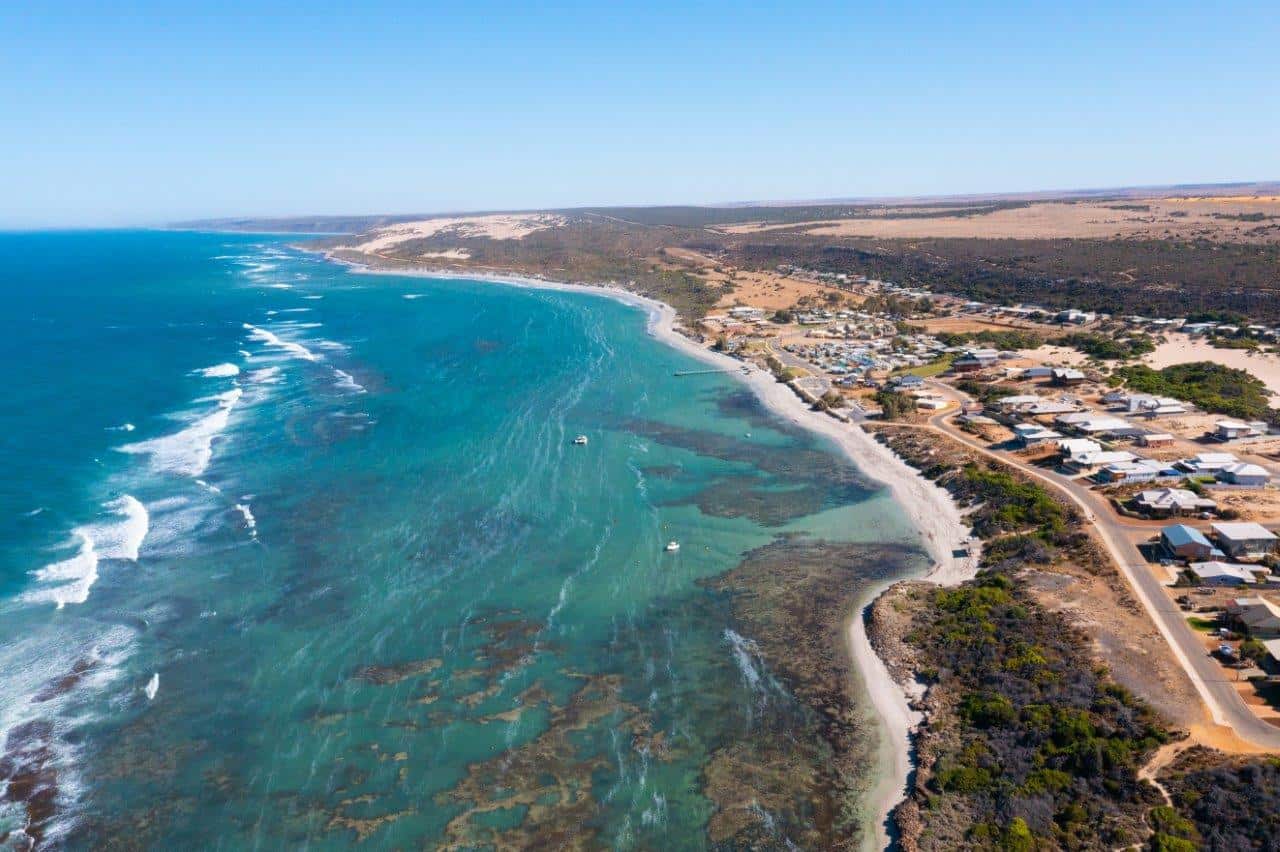 Horrocks is a small, but amazing little town

Horrocks Beach is one of the old school towns that still has motorbikes ridden on the main beach, and around town. It’s got a quiet, laid back and super friendly atmosphere. 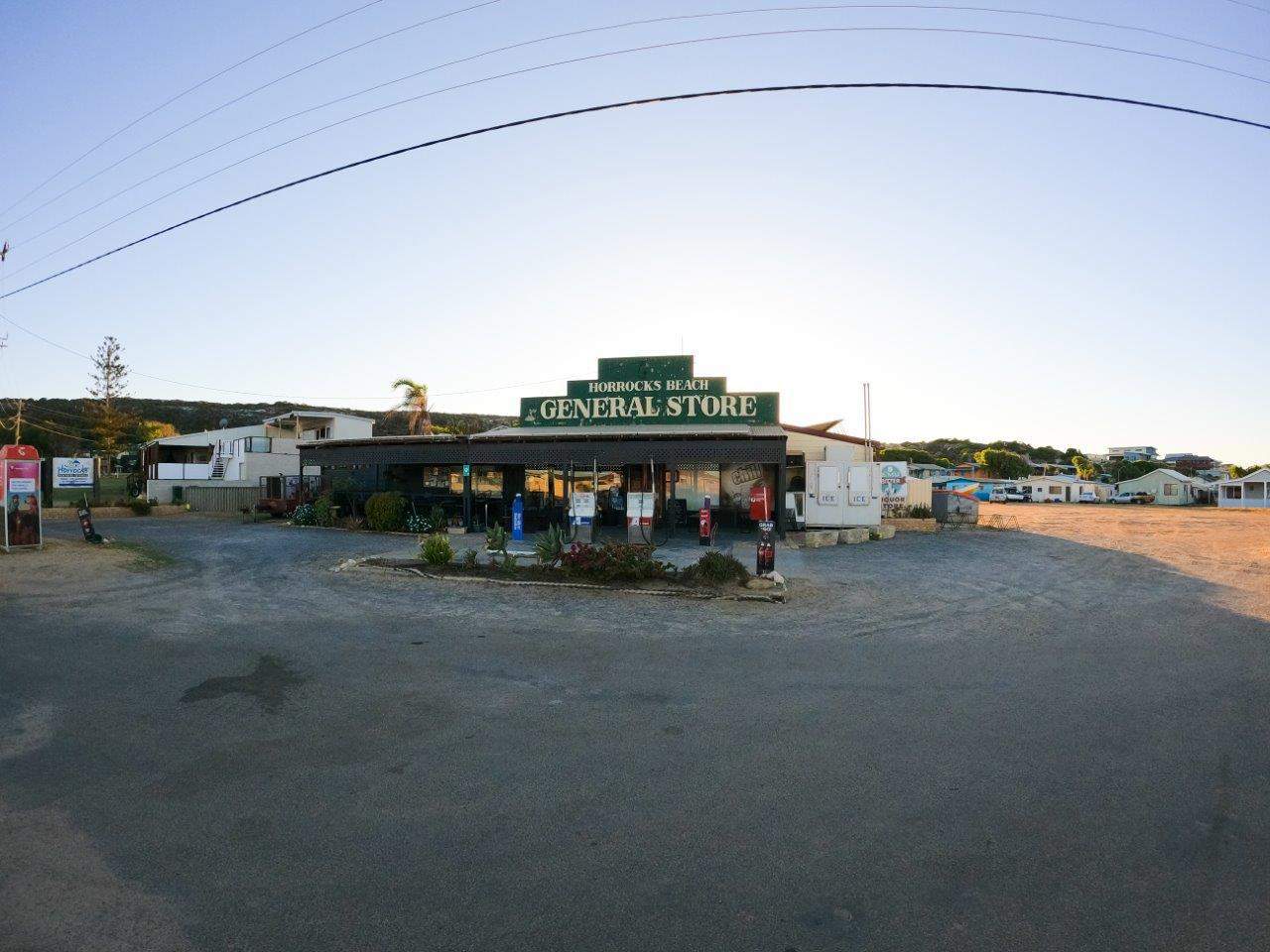 The centre of town, at the general store

The beaches are second to none, and it has some of the best fishing and swimming around.

If you want to camp at Horrocks Beach, you either head to the northern end of the town and camp at Little Bay (only a couple of campsites) or you book in at the Caravan Park. There’s powered and unpowered sites, and we’ll have a review out shortly. 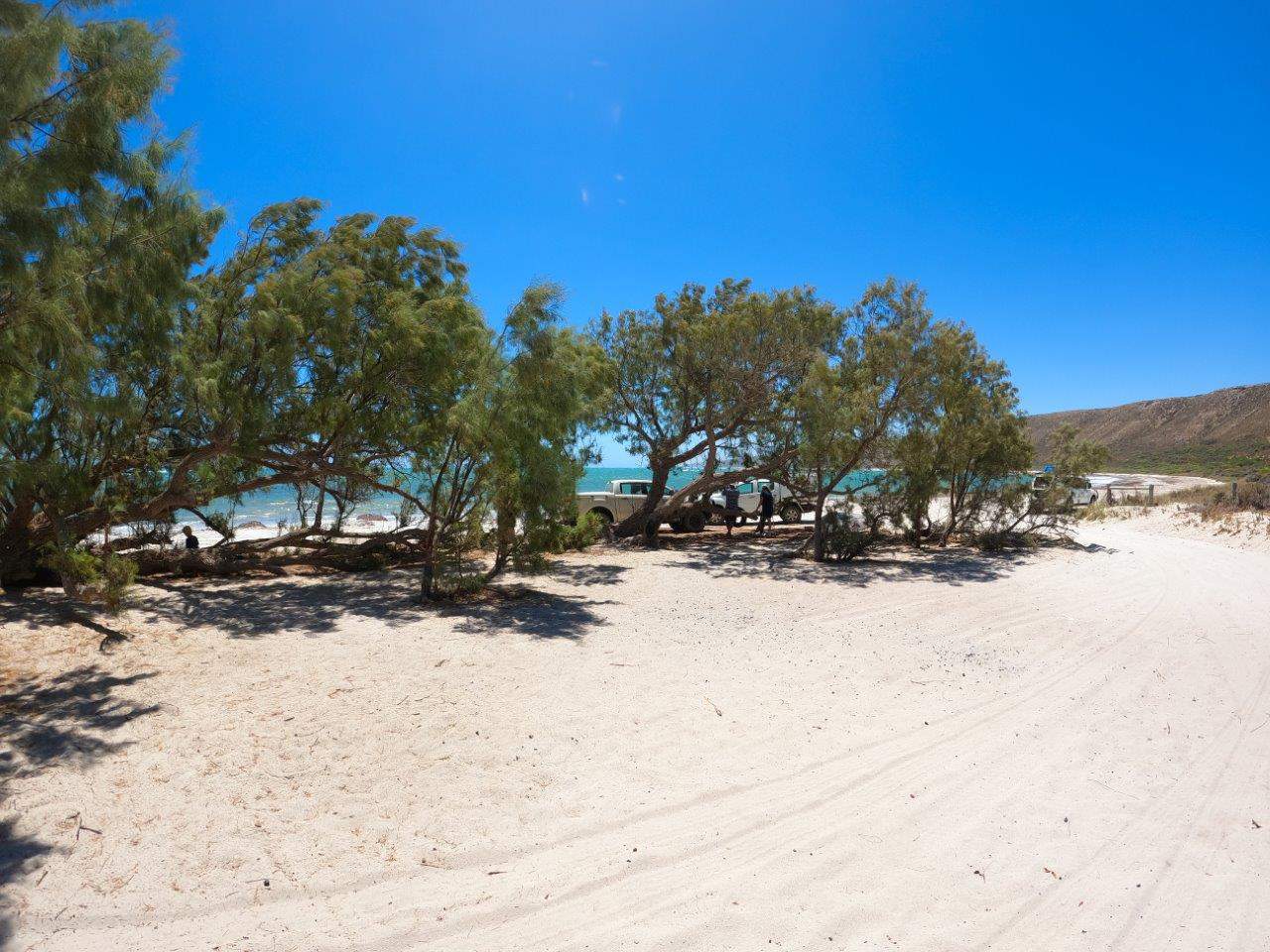 You can camp out of town at Little Bay, or the Caravan Park 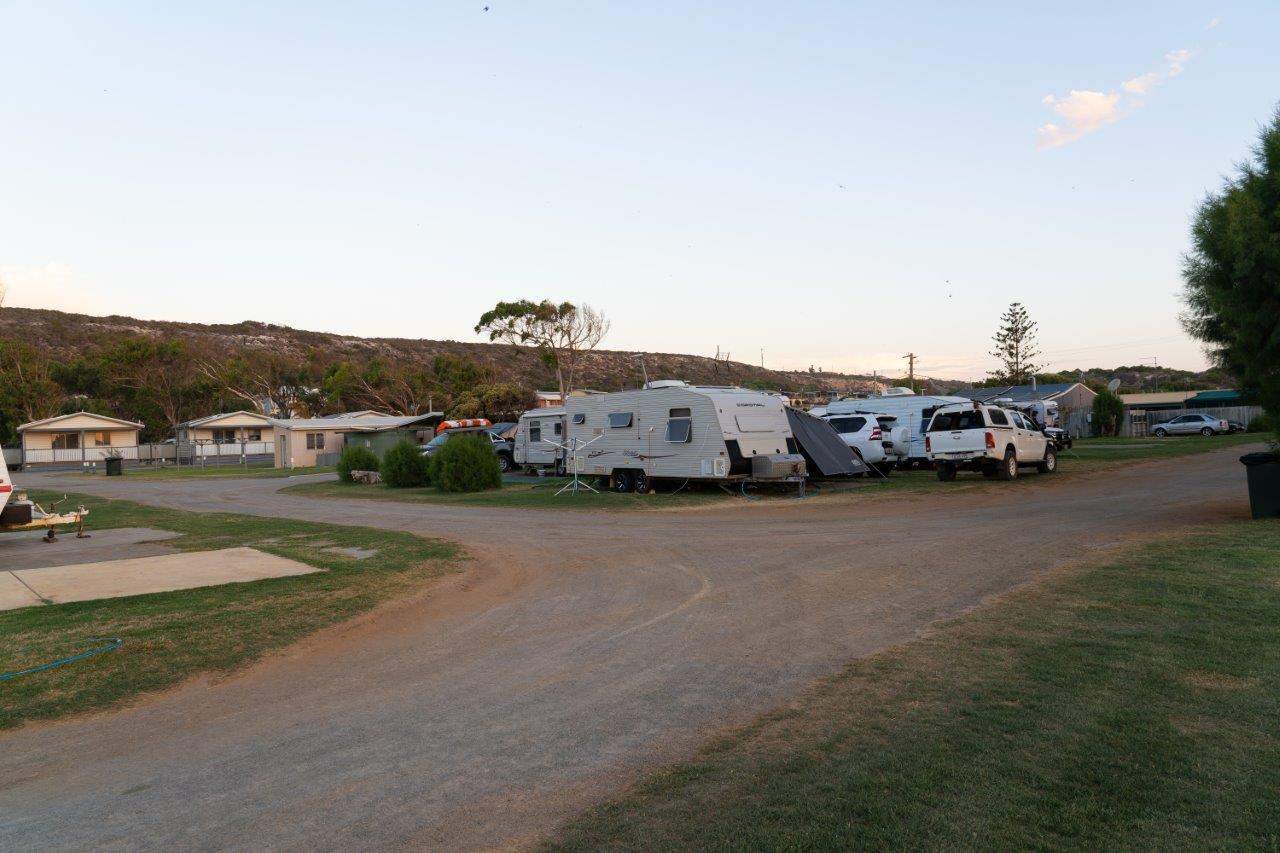 Horrocks Caravan Park is popular too

There’s quite a few accommodation options at Horrocks. They range from cheap, old chalets through to more modern and nice ones inside and outside of the caravan park, and then nice holiday homes.

In terms of views, access to the beach and amazing places to kick back, there are some accommodation options in Horrocks that rival the best in the country. 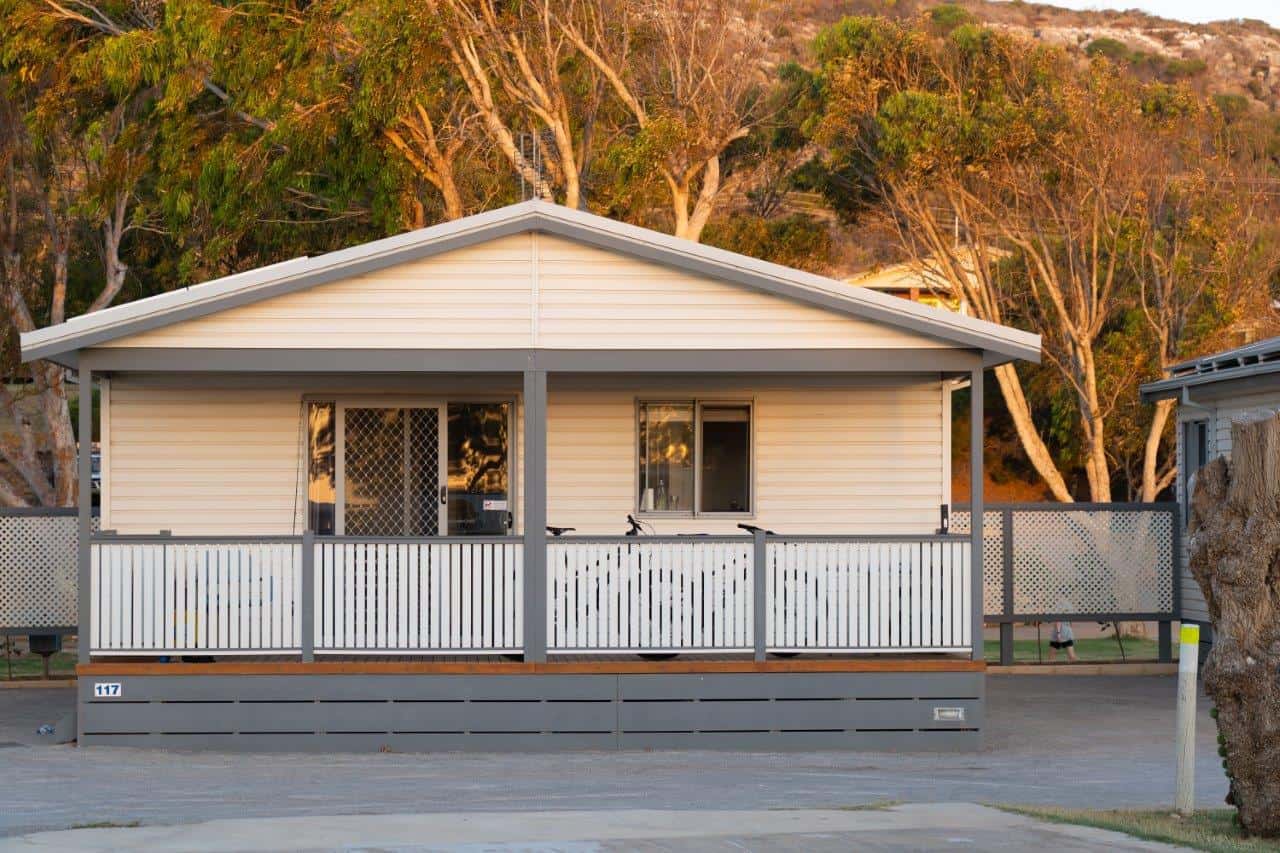 There’s a variety of Chalets and houses to rent, including these at the Caravan Park

Being the coastal town that it is, there’s great fishing opportunities. Mulloway and Tailor are commonly caught off the beach in the right location (like the Bowes River mouth), and crayfish come in by the dozens from those who head out in boats.

We went to Bowes River one afternoon at about 4:30PM, and were catching tailor one after another only about 15 metres off the beach. It was windy as, with huge swell coming in but the fish just kept biting, and we ran out of mulies quickly. In total we caught 16 tailor that were all about 31 – 35cm (so just legal!), and ironically didn’t get any that were undersize and had to go back. 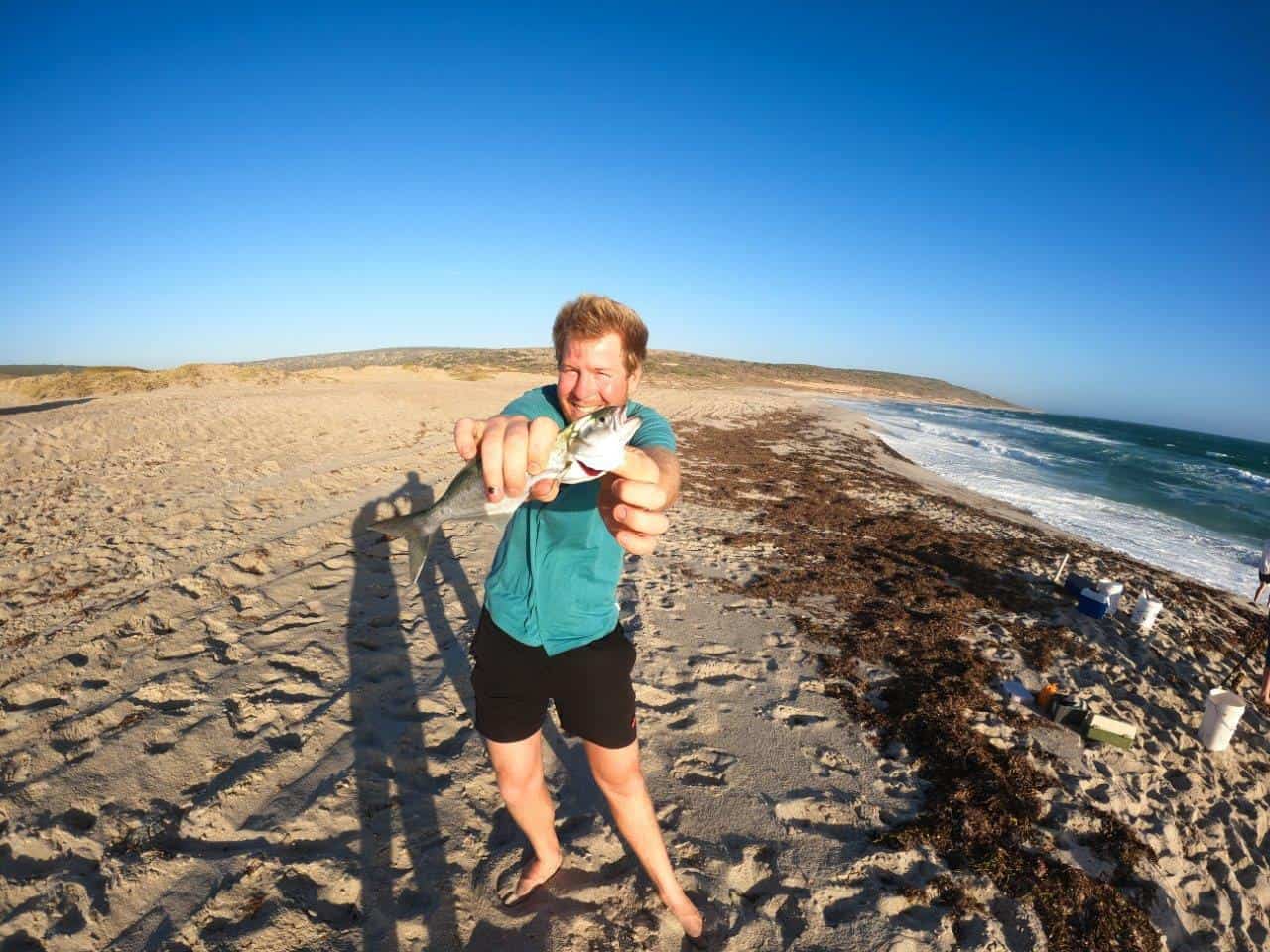 One of our ‘massive’ tailor at Bowes River 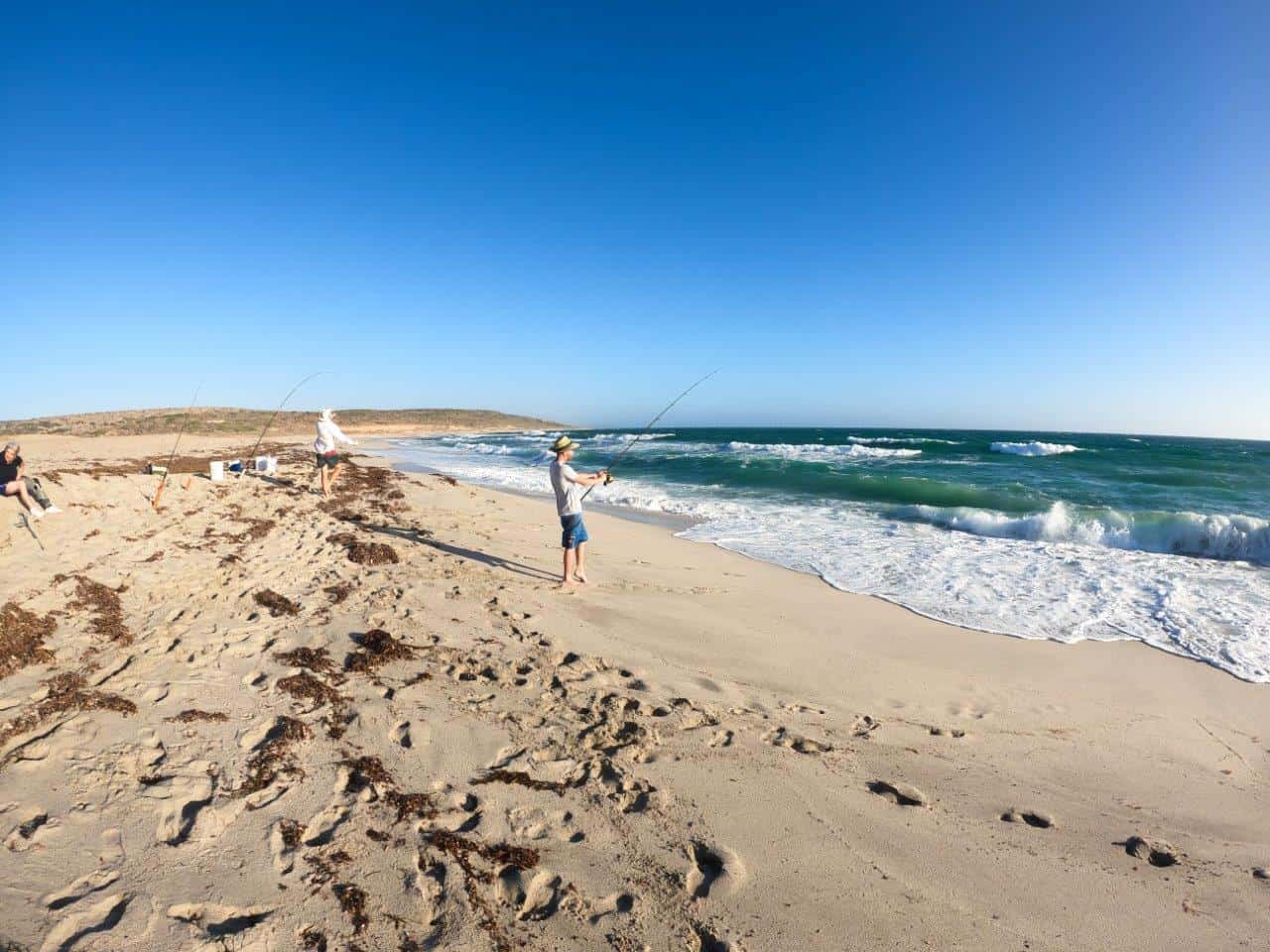 We had quite a bit of fun catching tailor here

We’ve caught some jumbo crayfish from the reef at Little Bay, and had a lot of fun exploring the area too. We managed to land a lovely Cobia trawling out the back near the cray pots, and a decent Baldchin Groper too.

If you want an easy fishing location, just flick squid lures or mulies off the town jetty after sunset, and you are almost guaranteed to get a feed of tailor and squid. 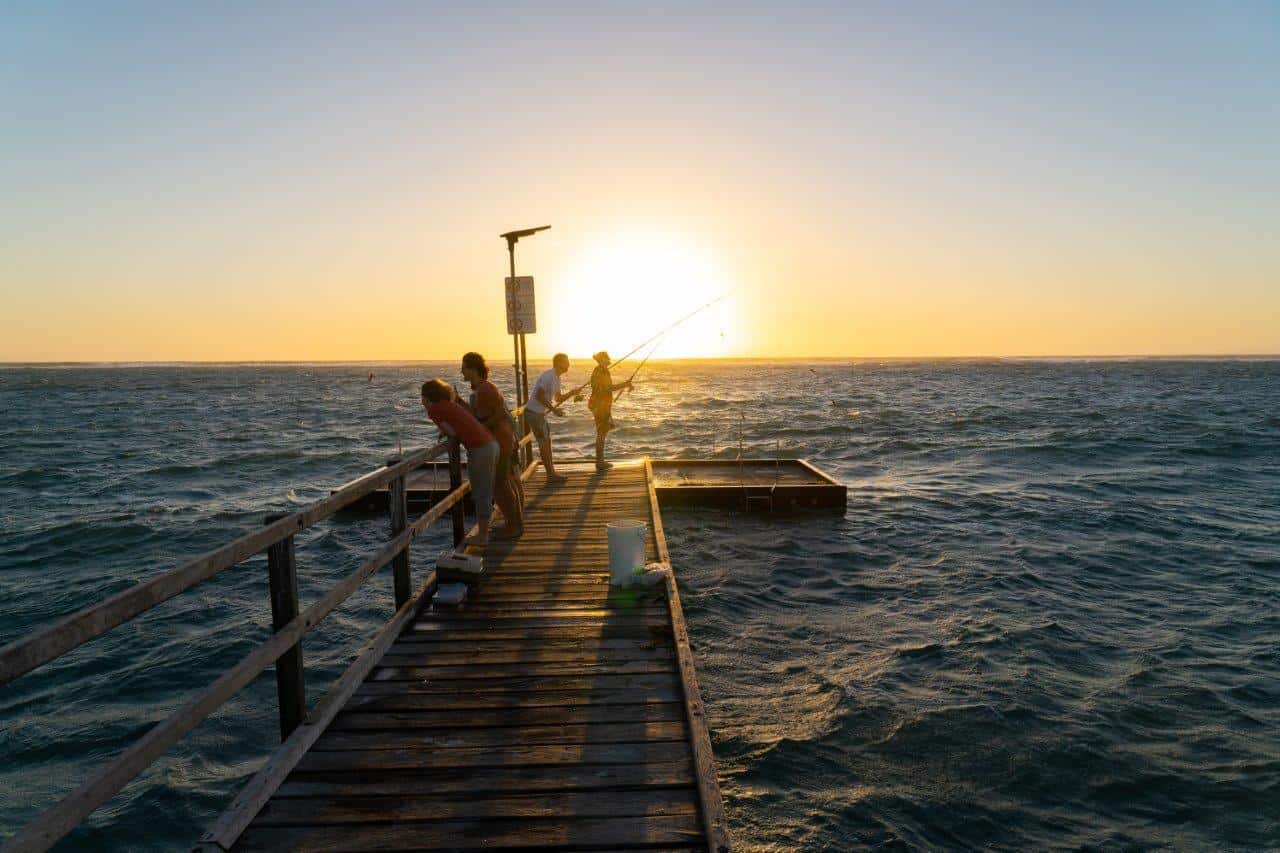 Fishing from the main jetty is seriously good

Nearby attractions to Horrocks

About 20 minutes north lies the Pink Lake. This varies in water level and pinkness depending on a range of factors, but is often an iridescent pink colour like you’ve never seen before. We even grabbed a bit of water in a bucket to see how pink it really is out of the lake, and its pretty impressive. 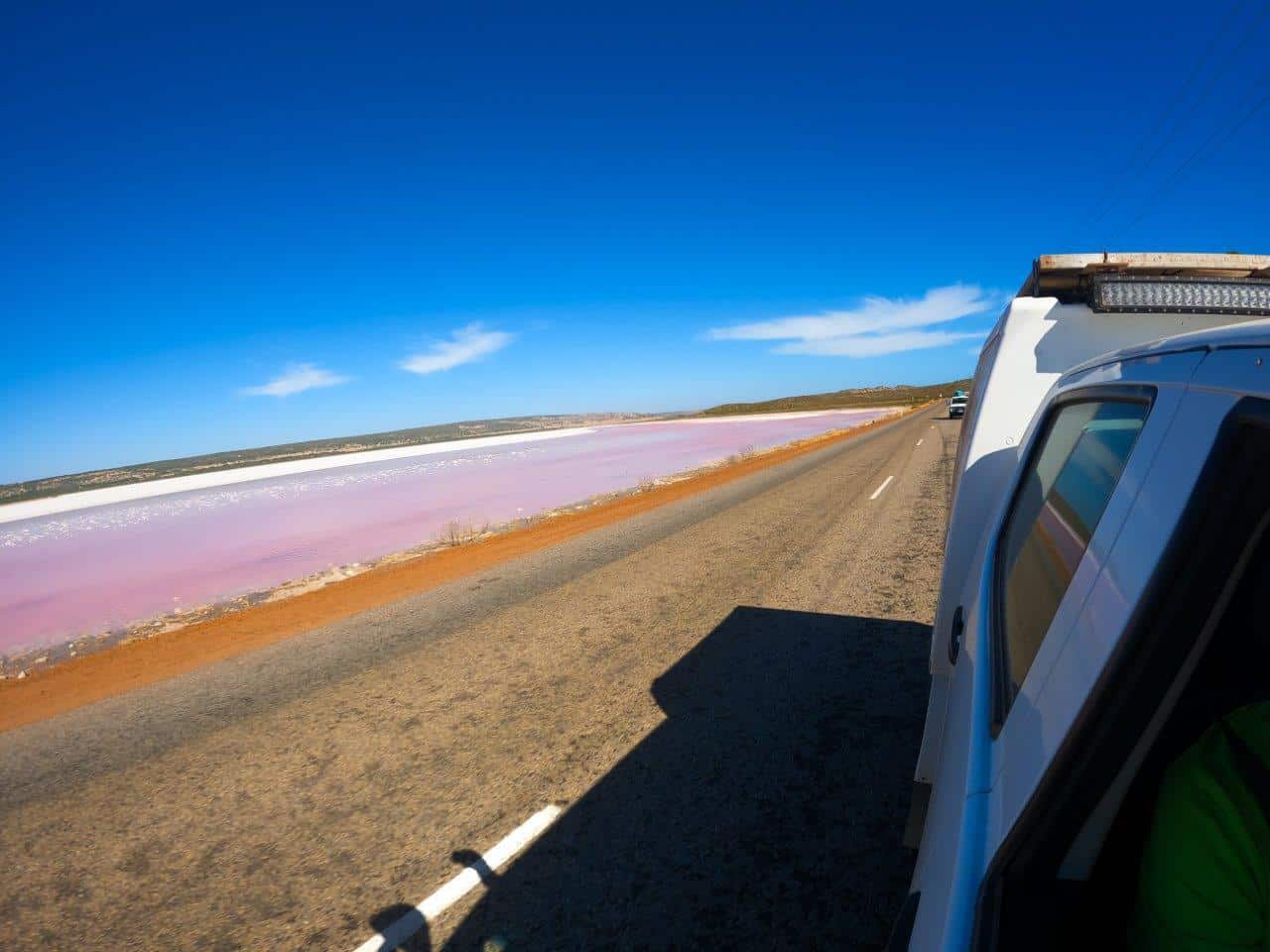 The Pink Lake near Port Gregory

Not far beyond the Pink Lake is Port Gregory, which is another tiny coastal town with a small general store, great beaches, a number of 4WD tracks and a big jetty. It’s worth a visit. 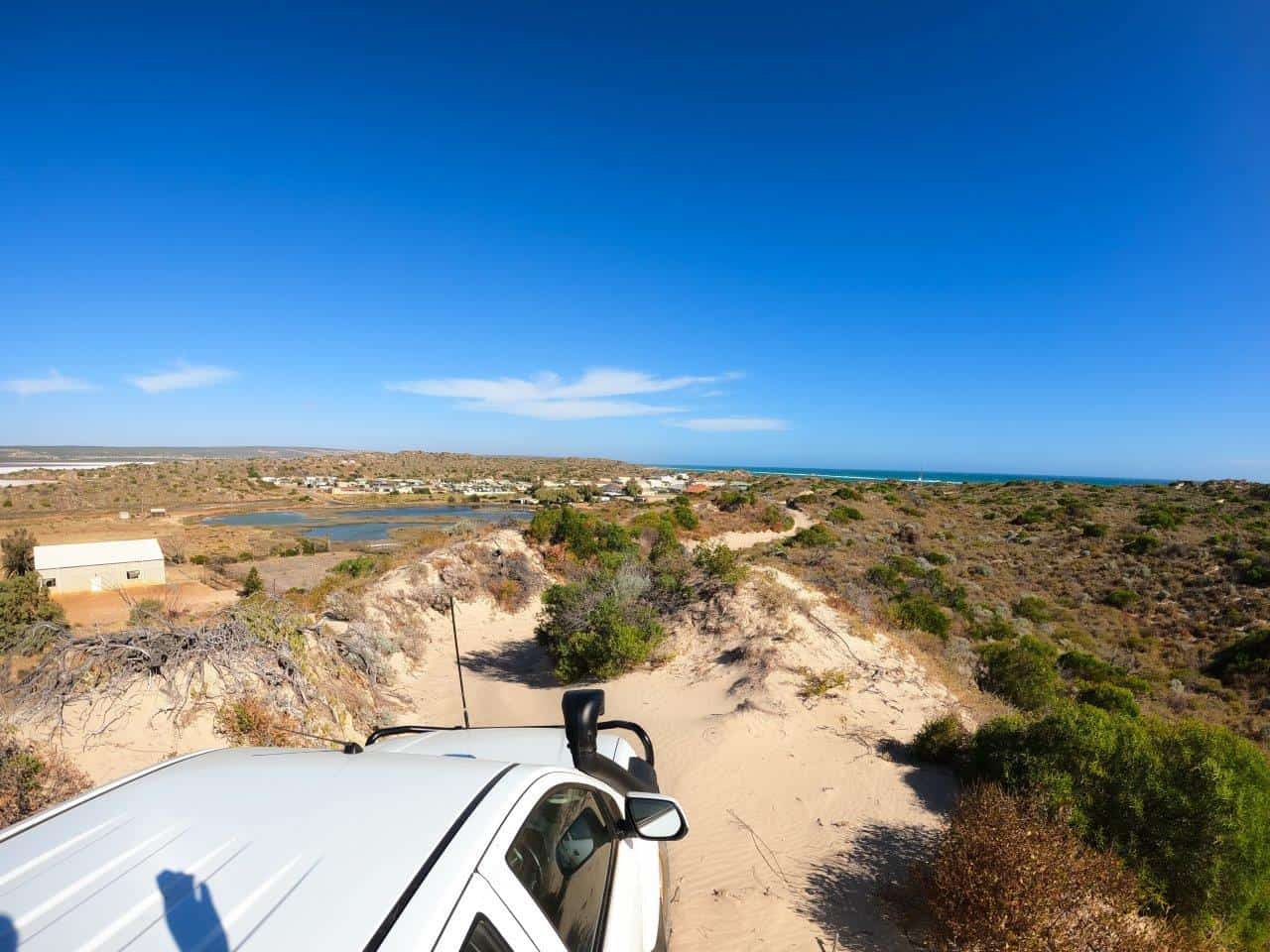 The small town of Port Gregory

About 4km out of Horrocks lies the turn off to Bowes River. It’s a gravel road with minor corrugations, that ends in a car park near the beach. There’s some great bird watching to do here, and really good tailor fishing too. 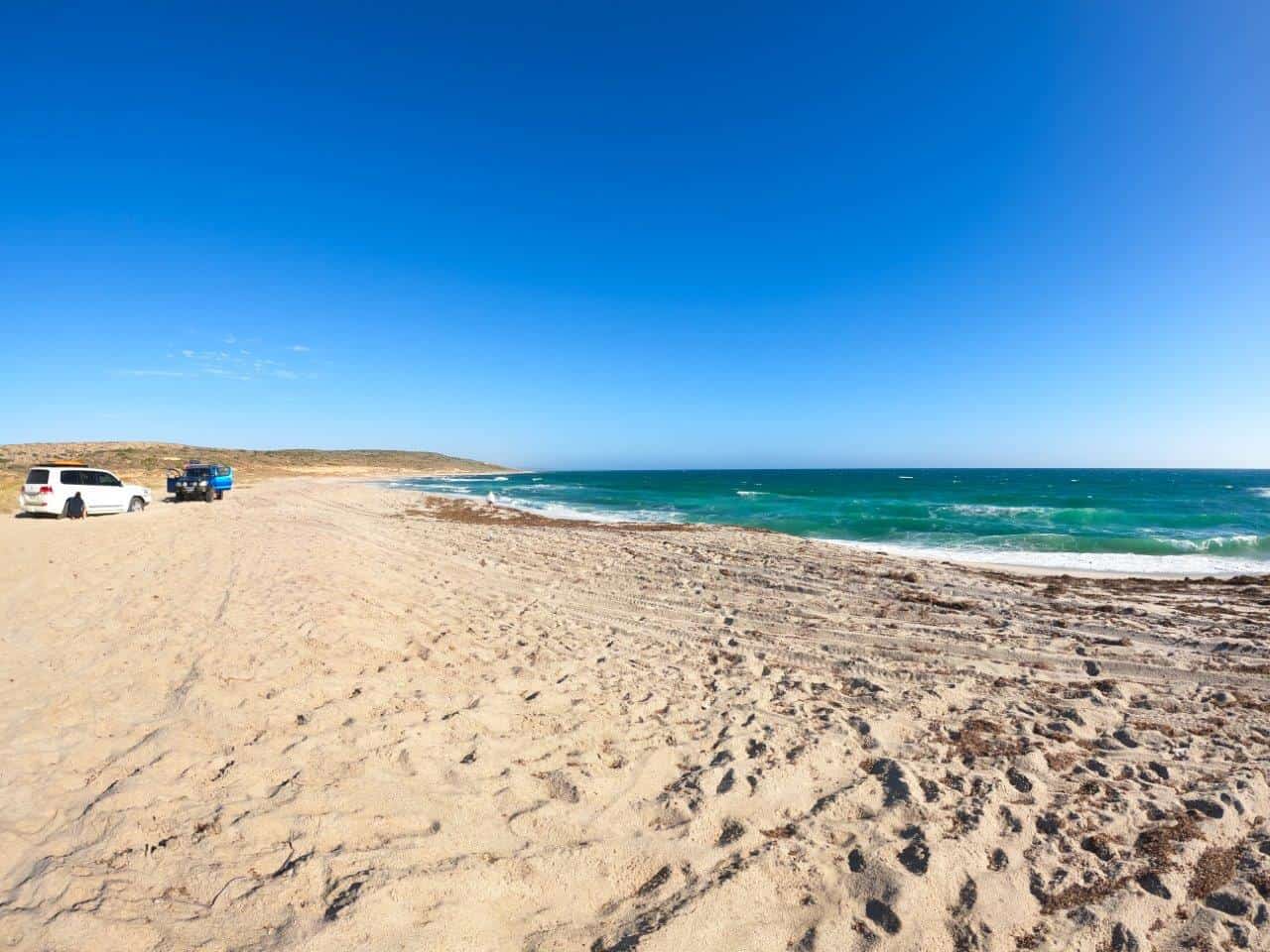 Bowes River is a nice change of scenery 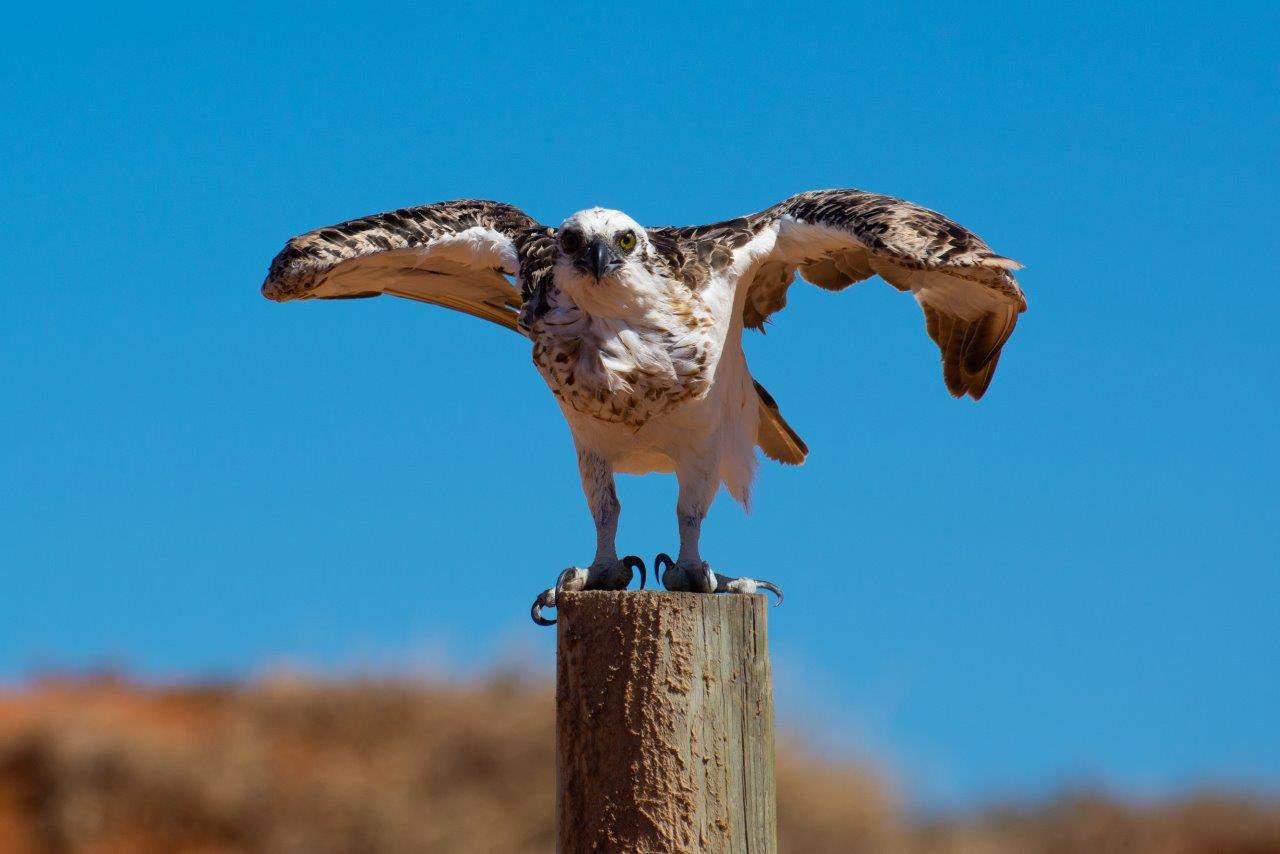 You might get lucky and see some beautiful Ospreys

If you are looking for alternative locations to stay, Linga Longa at Lynton Station is a fantastic option, right opposite the Hutt River mouth. You drive past it on the way to Kalbarri and Port Gregory. It’s got plenty of history, and is well run. 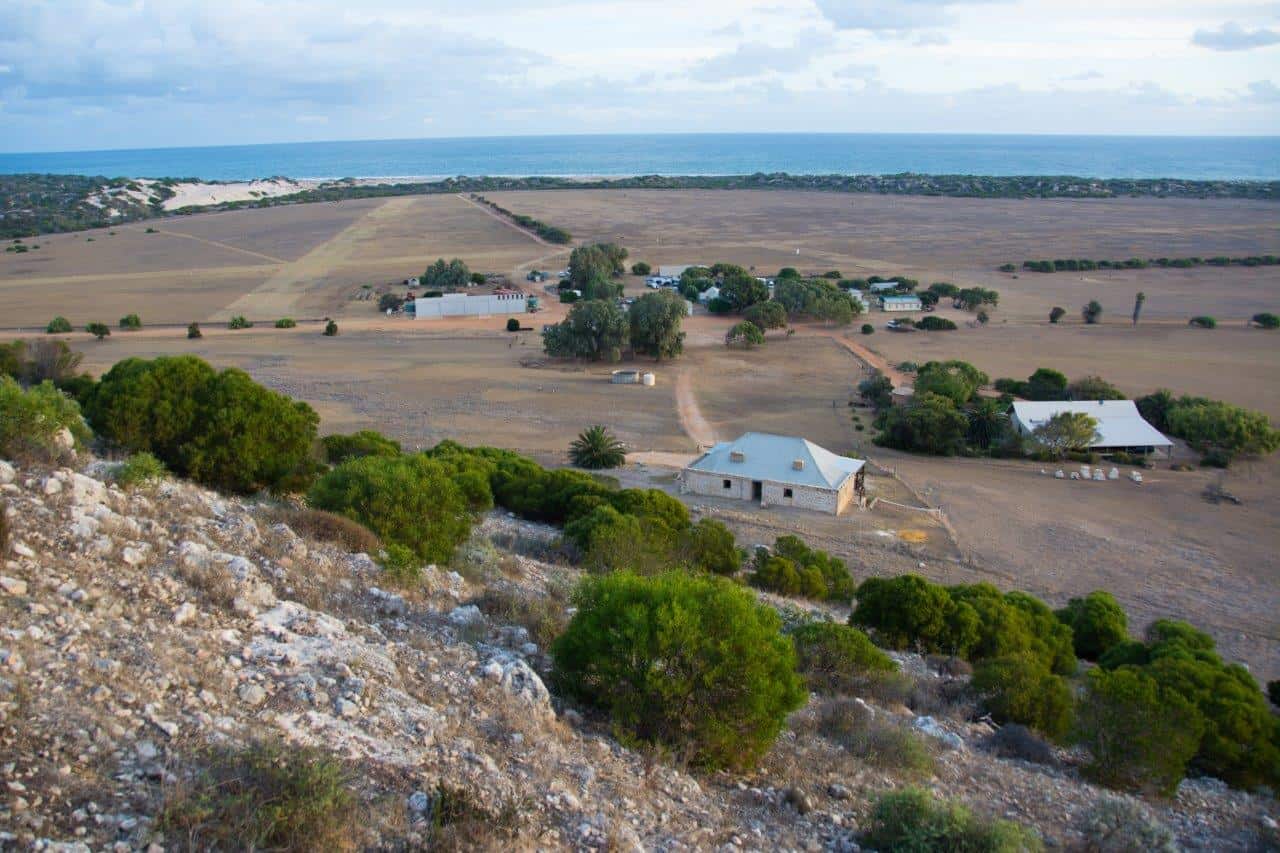 Lynton Station is well and truly worth a stay

Another spectacular place not too far away from Wagoe and Kalbarri is Lucky Bay (yes, there’s two in WA). This has a brilliant little reef protecting the bay itself, and is now run by DPAW and allows camping in the sand dunes and at the main site on the way in. 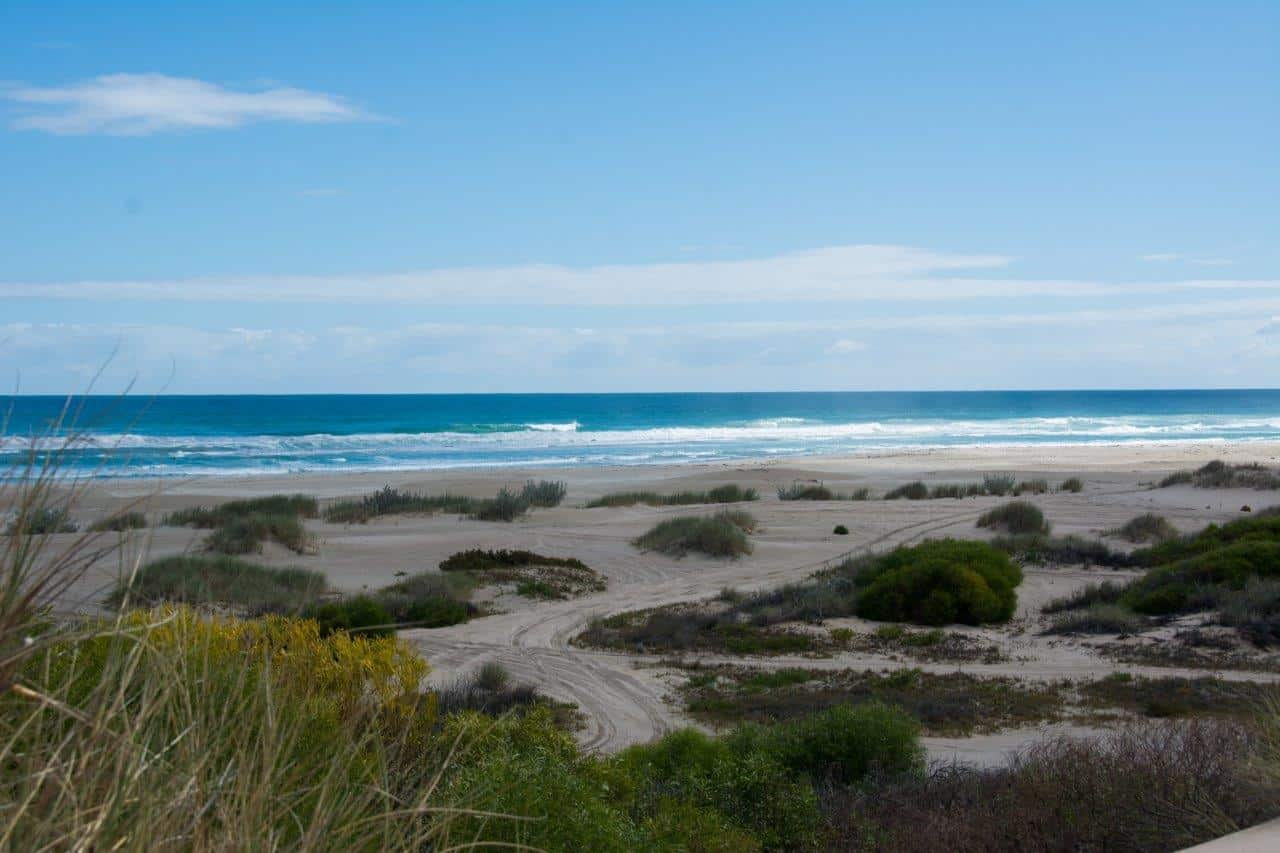 Lucky Bay is a stunning location

If there’s a place on the WA coast that needs no introduction its Kalbarri. With spectacular coastal gorges, the stunning Murchison River, world class fishing and inland gorges that will blow your mind, its only an hour away and well worth a visit, or stay.

You’ll go through Northampton if you come from the south, which is only about 15 minutes drive from Horrocks. It’s got a neat museum, a good IGA, playground and some history that you might find interesting.

Part of the reason Horrocks is not so well known is that there’s not too many main towns nearby. In the scheme of things you can drive an hour to Kalbarri, or just over an hour to Geraldton, but once you are at Horrocks, the closest place nearby is Northampton and Port Gregory, both of which are quite small and not too well known in their own right. This is great in some ways, and not so good in others. 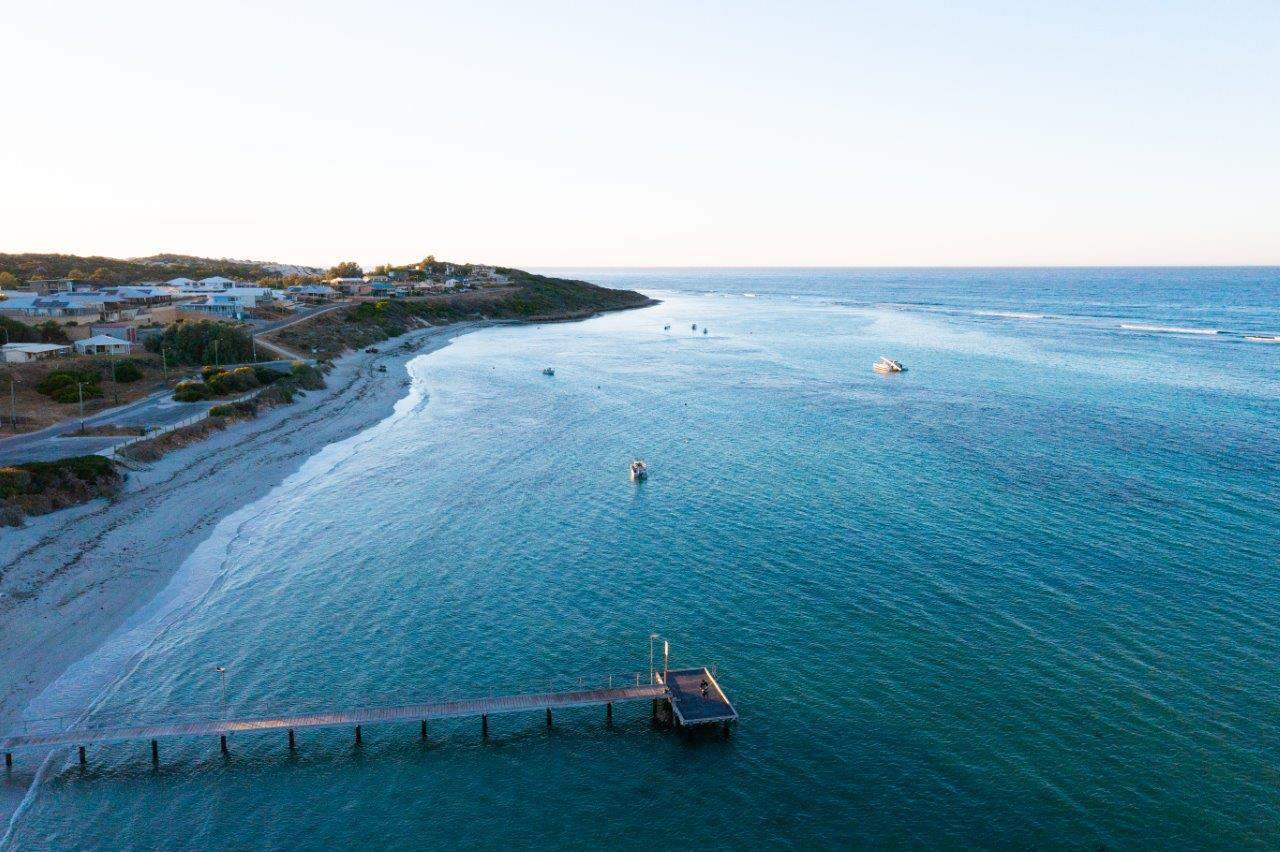 Horrocks is beautiful, but its also reasonably isolated

I recall the excitement rolling down the hill into Horrocks, and seeing the truly incredible beach and reef. It’s nice and protected, and such a picturesque place. No wonder it was in the running for the best beach in Australia.

However, don’t be fooled; its on the coast of WA, and that means there’s a good chance you are going to get wind, and lots of it. Once the Seabreeze comes in its not unusual to have decent wind in the afternoon, but there are times where you’ll get bad wind for days on end.

Of course, lucky for us, we had one day of reasonable weather in January (out of 7), and the remaining days it varied between 35 and 60km/h wind, non stop. It was so windy that we couldn’t even sit on the beach, or find anywhere out of the way. It was actually unpleasant often, and made it really hard to find anything to do except lay around at camp. 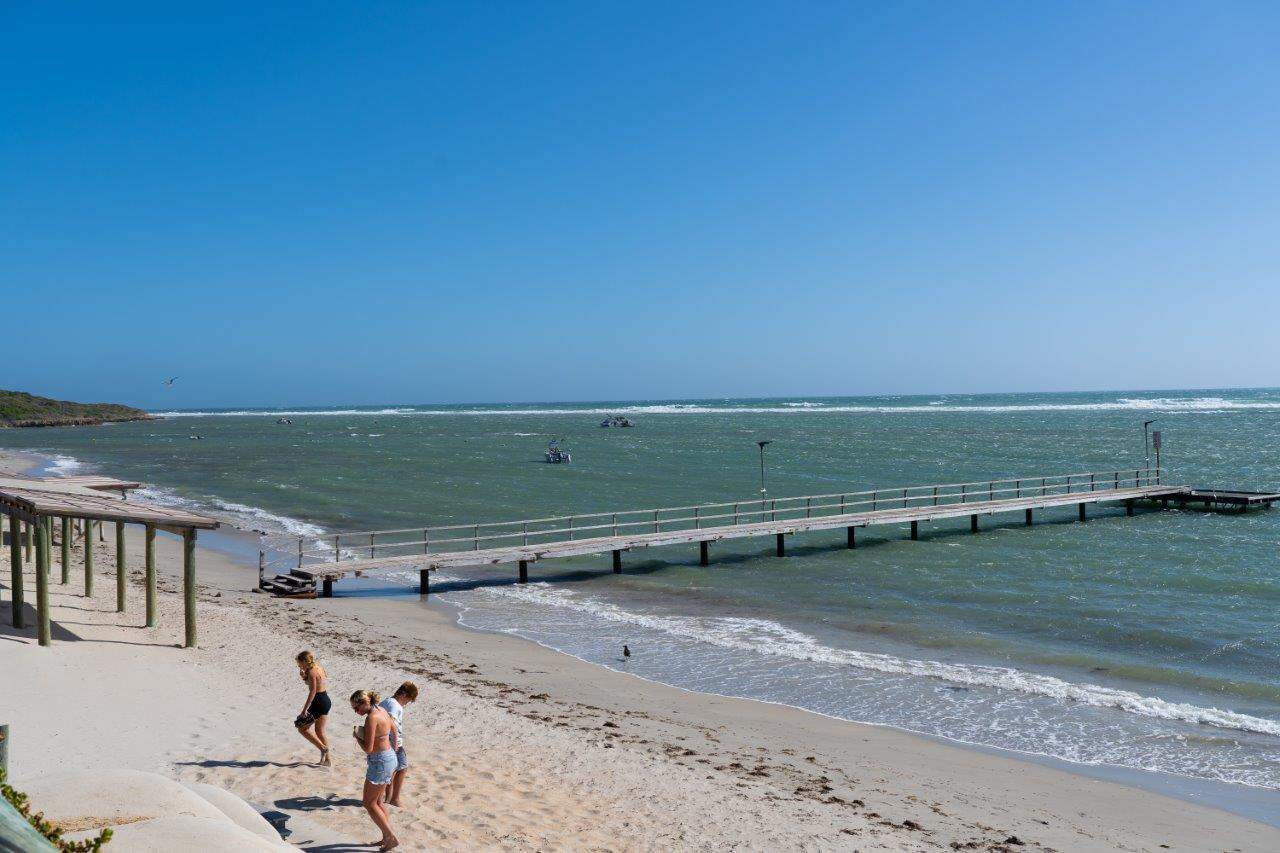 The wind can be pretty feral at Horrocks

Horrocks is a stunning place, but being away from everything else means that when the wind does come up, you have to kick back at camp, and watch the world go by. 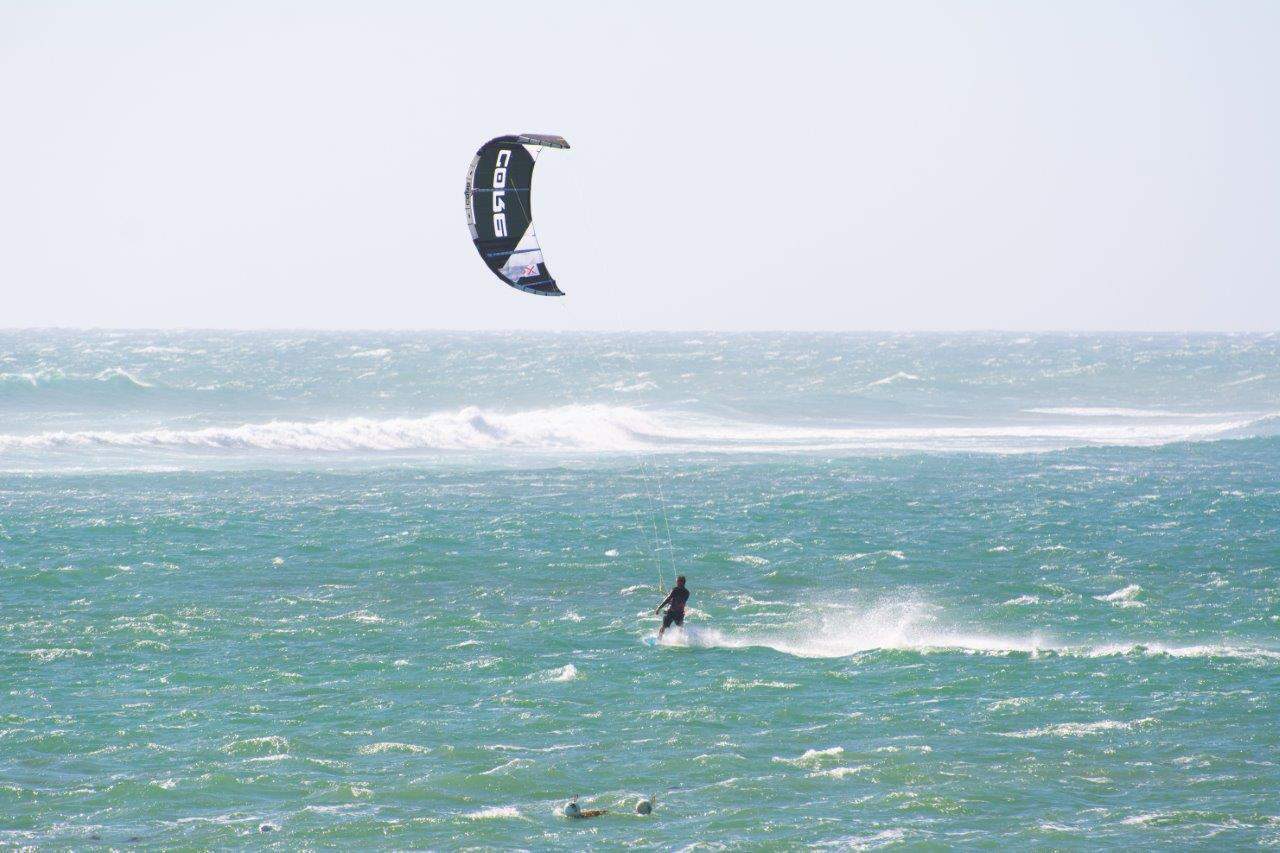 The only people who liked the wind were the kite surfers

It’s worth making a note about the mice, and the power loss. The mid west seems to be having issues with mice at the moment, and you’d be wise to expect to see them around. It’s no major issue if you put things away and are prepared for it, but know that they are there.

Also they have been losing power a lot, which is incredibly frustrating for the locals, businesses and people who pay good money to stay in the caravan park (particularly the chalets). 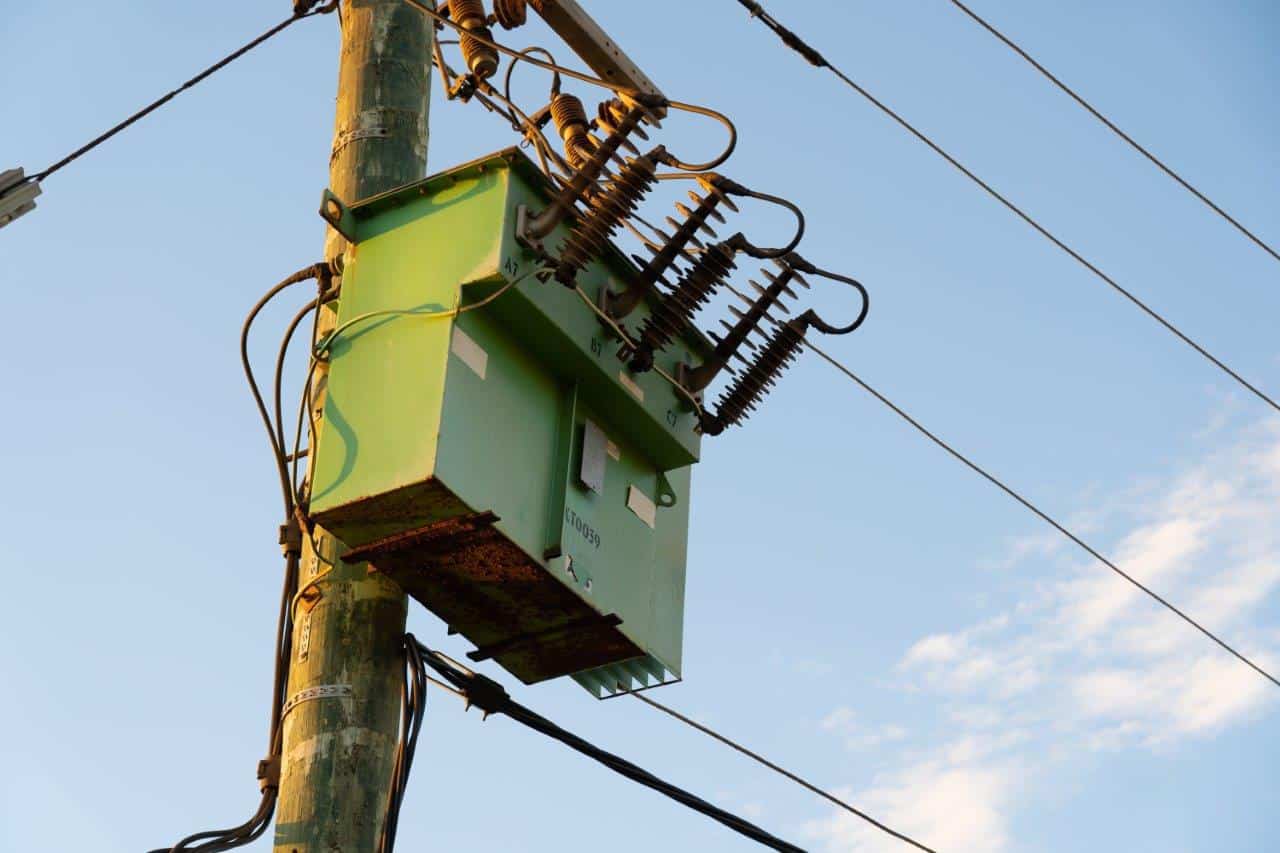 With 8 long power outages in a month, its getting pretty old

It’s another amazing place to add to your list

Despite the shoddy weather that we encountered, we’d be back in a heartbeat at Horrocks. It’s a beautiful place if you get good weather, and one that has such a spectacular atmosphere. 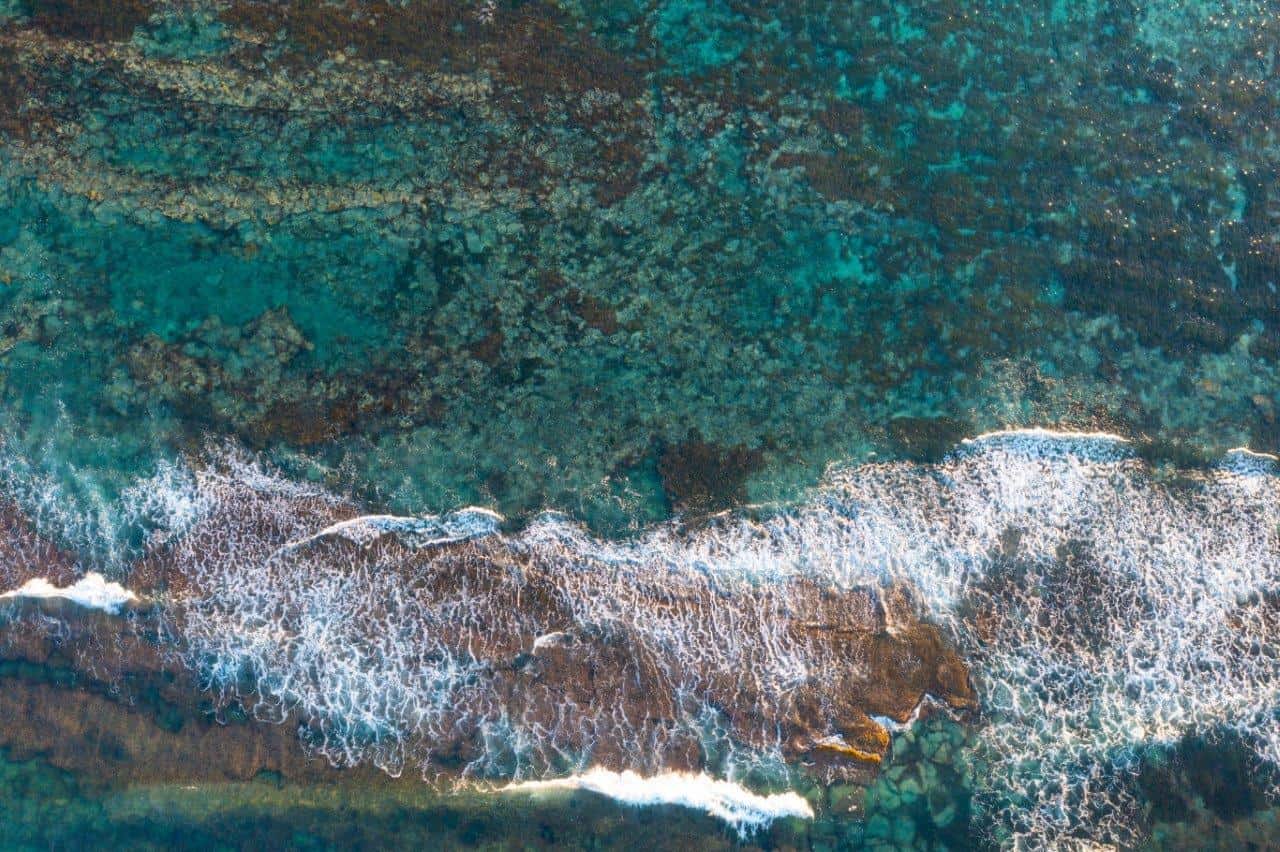 If you want somewhere new to stay, Horrocks is a great place to check out