The Yorke Peninsula is well known for its pristine beaches, turquoise water and amazing camp sites, and we’re on a bit of a mission to find the best. As usual, the weather plays a massive role on how much you enjoy a place, and how nice it is, but the stars aligned on our stay to Wauraltee Beach, and we had a truly awesome stay.

Wauraltee Beach is one of the Yorke Peninsula’s council sites, and its not uncommon for people to camp on the beach; (and for free) more on that further on. 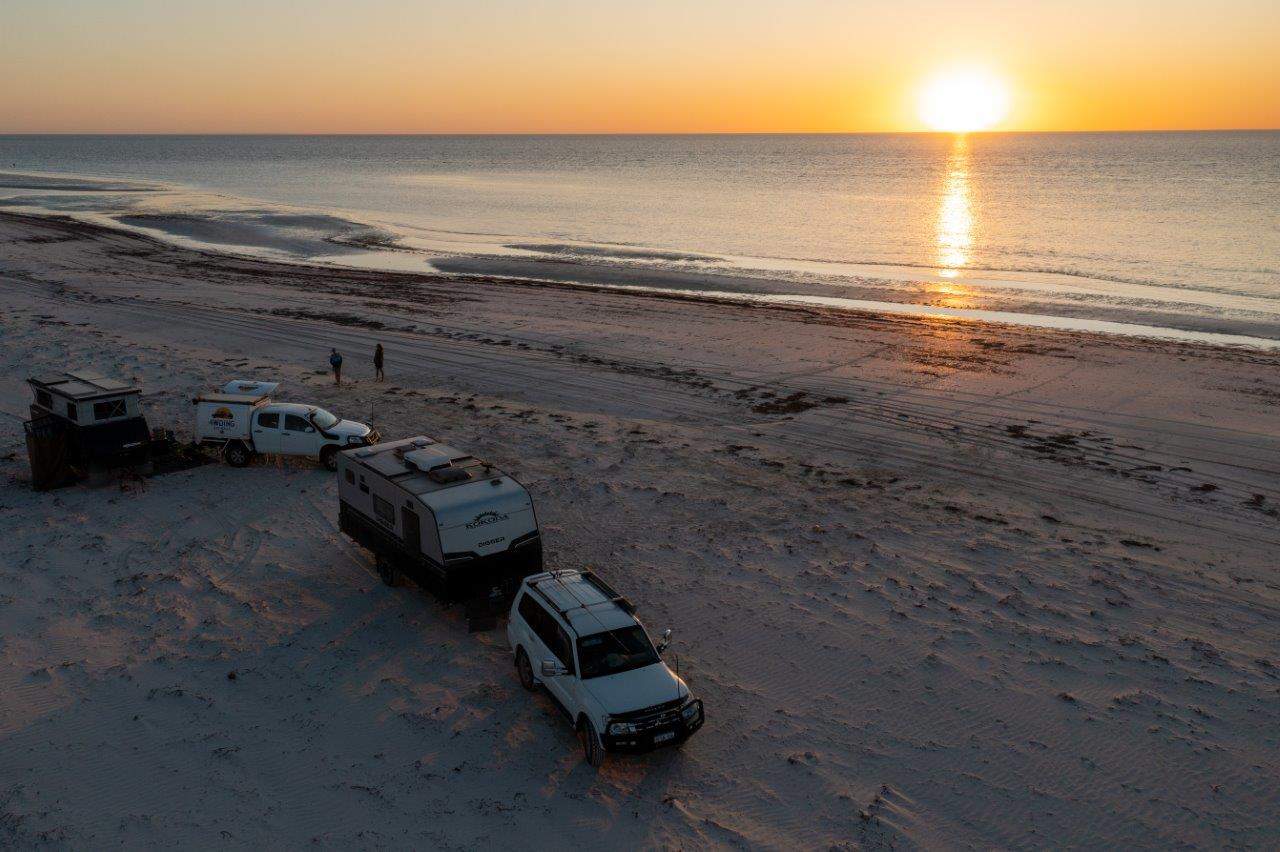 You’ll find this magic spot roughly half way down the West coast of the Yorke Peninsula. Its almost in the middle of Port Victoria and Port Rickaby, and is at the end of a reasonable (but corrugated) gravel road. 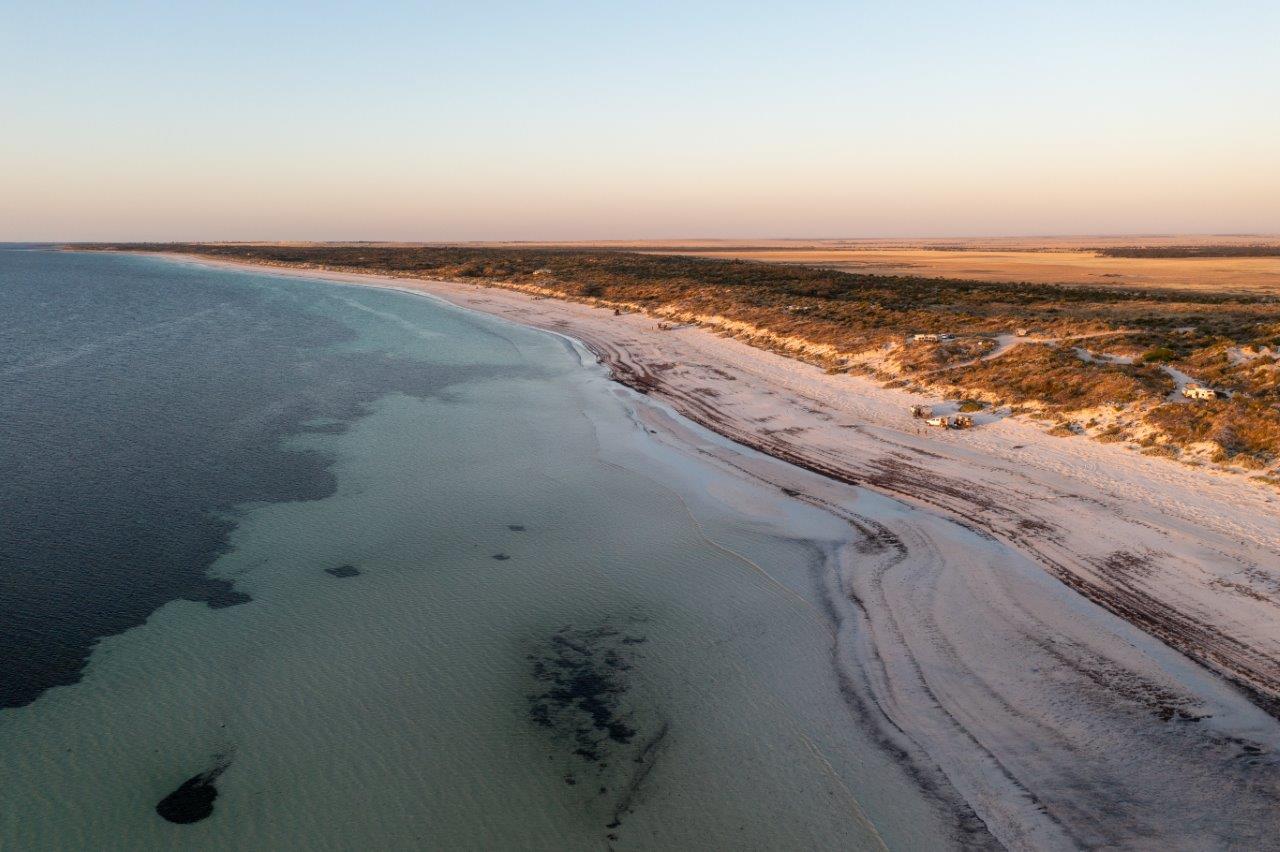 This amazing beach is just south of Port Victoria

The formal Wauraltee Beach camp site has a toilet behind the first dune, and that’s it. There’s a few designated sites, and then you have beach access, where a lot of people camp. There are no rubbish bins, no dump point, water or anything else. 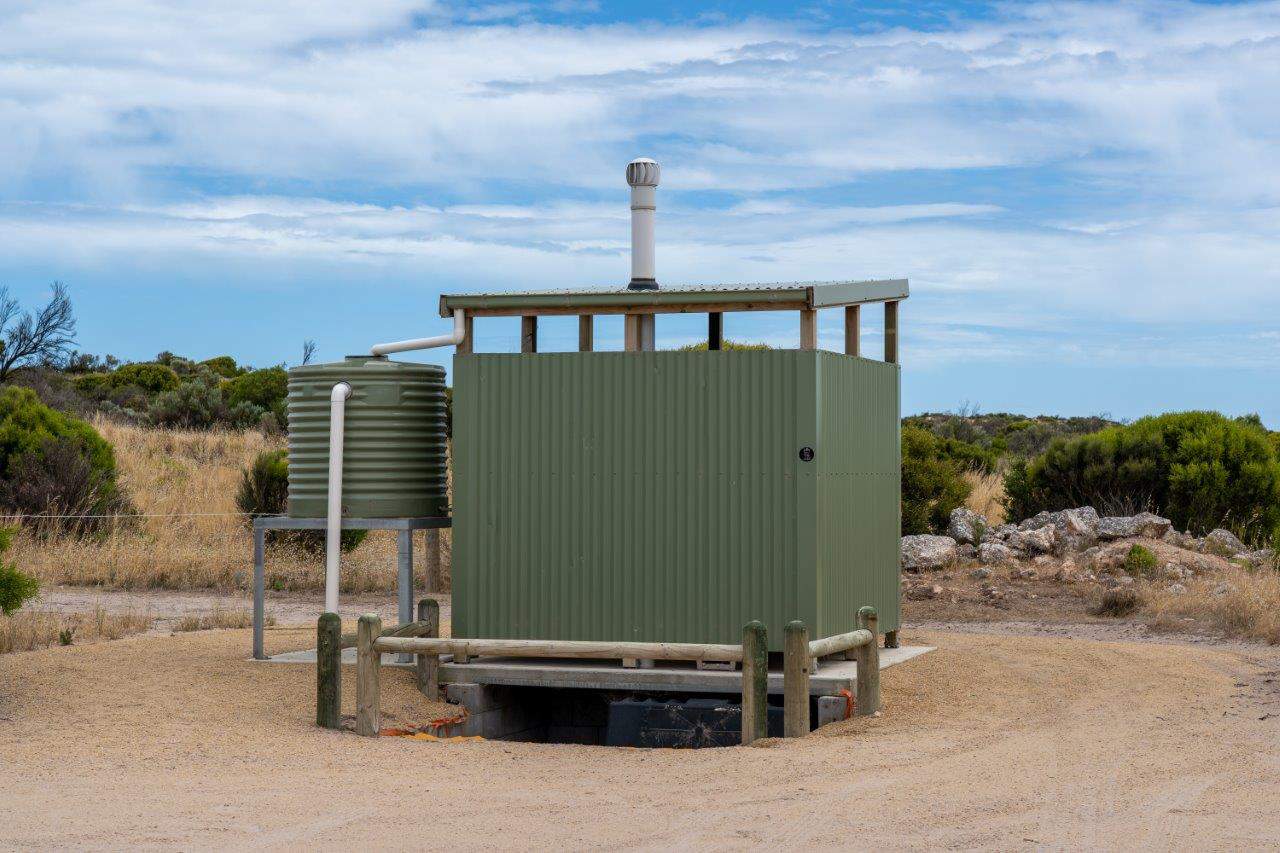 There’s one toilet at Wauraltee Campground, and that is it 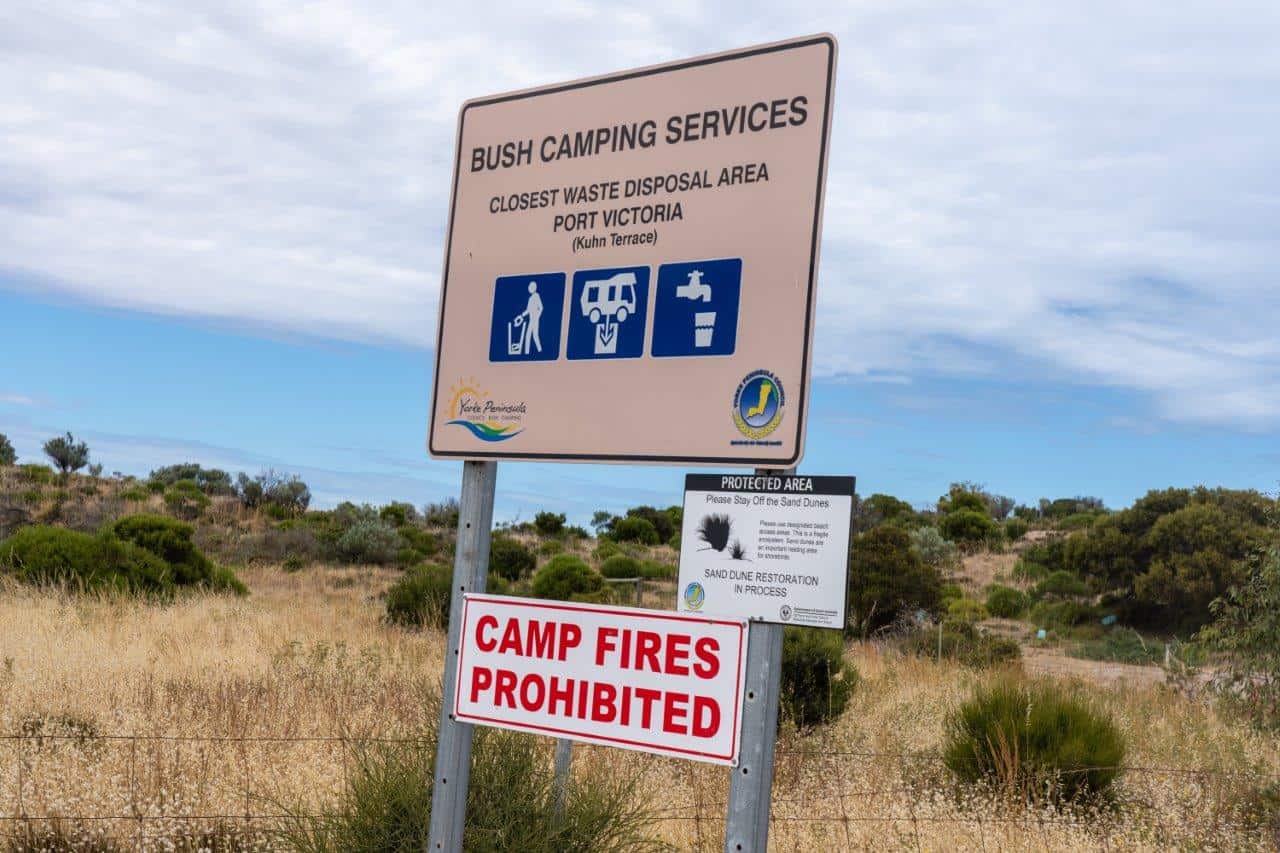 If you need other amenities, this is the sign directing you elsewhere 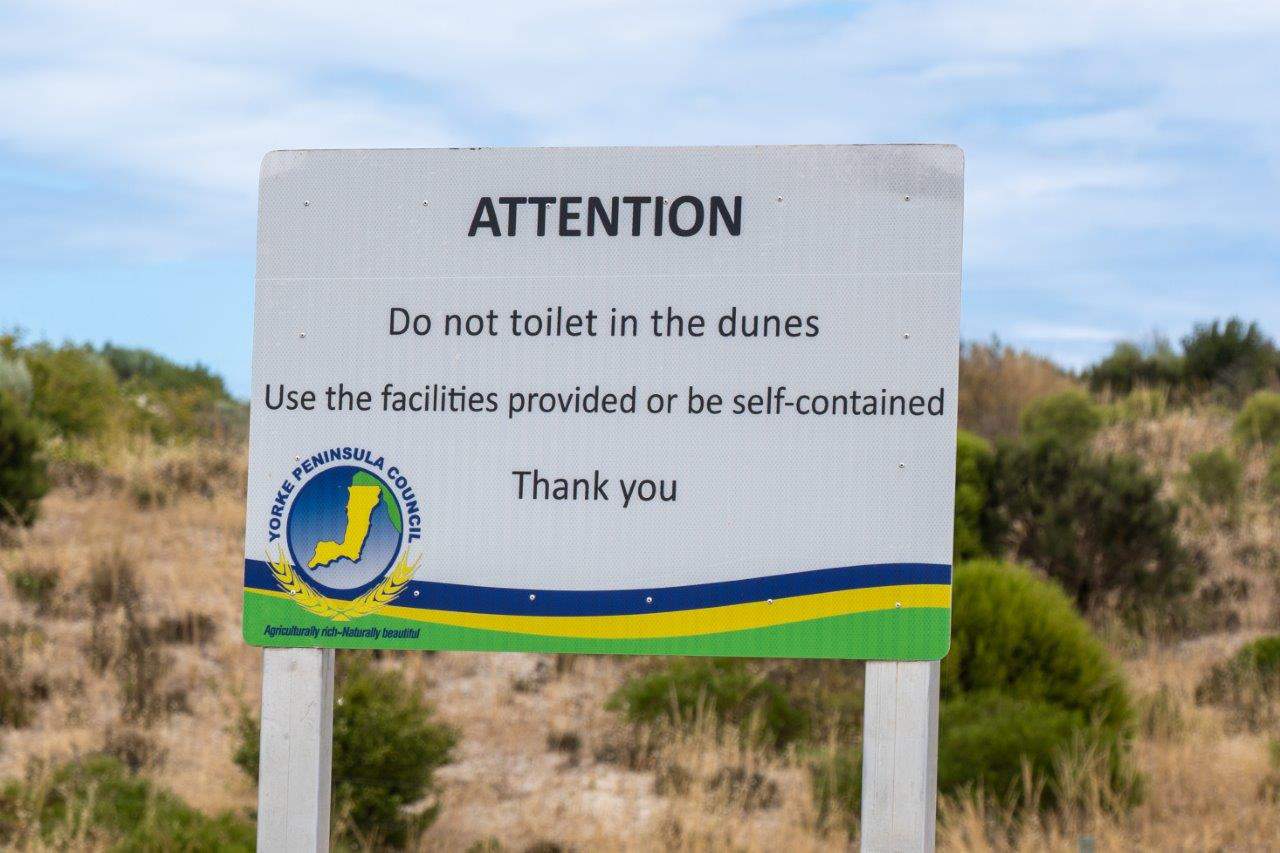 I can’t believe they have to make signs like this, but there you go 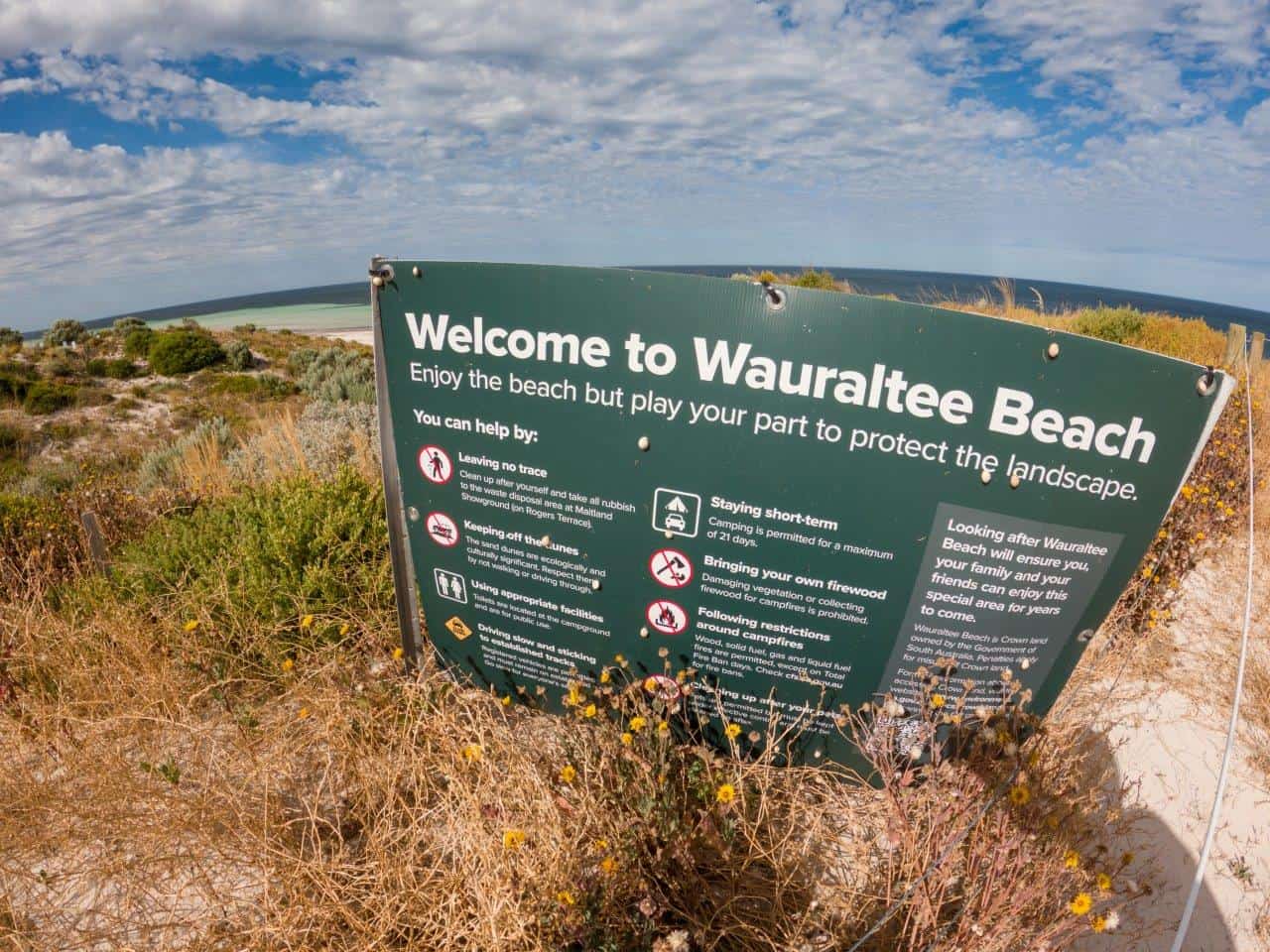 Another information sign at the top of the camping area

Can you camp on the beach?

We had no idea of what to expect when we arrived at Wauraltee Beach, but drove to the end of the road, where there’s some more signs and a turn around bay. There’s a new, distinct sign that states ‘End of Council Camp Area’, which had us very puzzled. 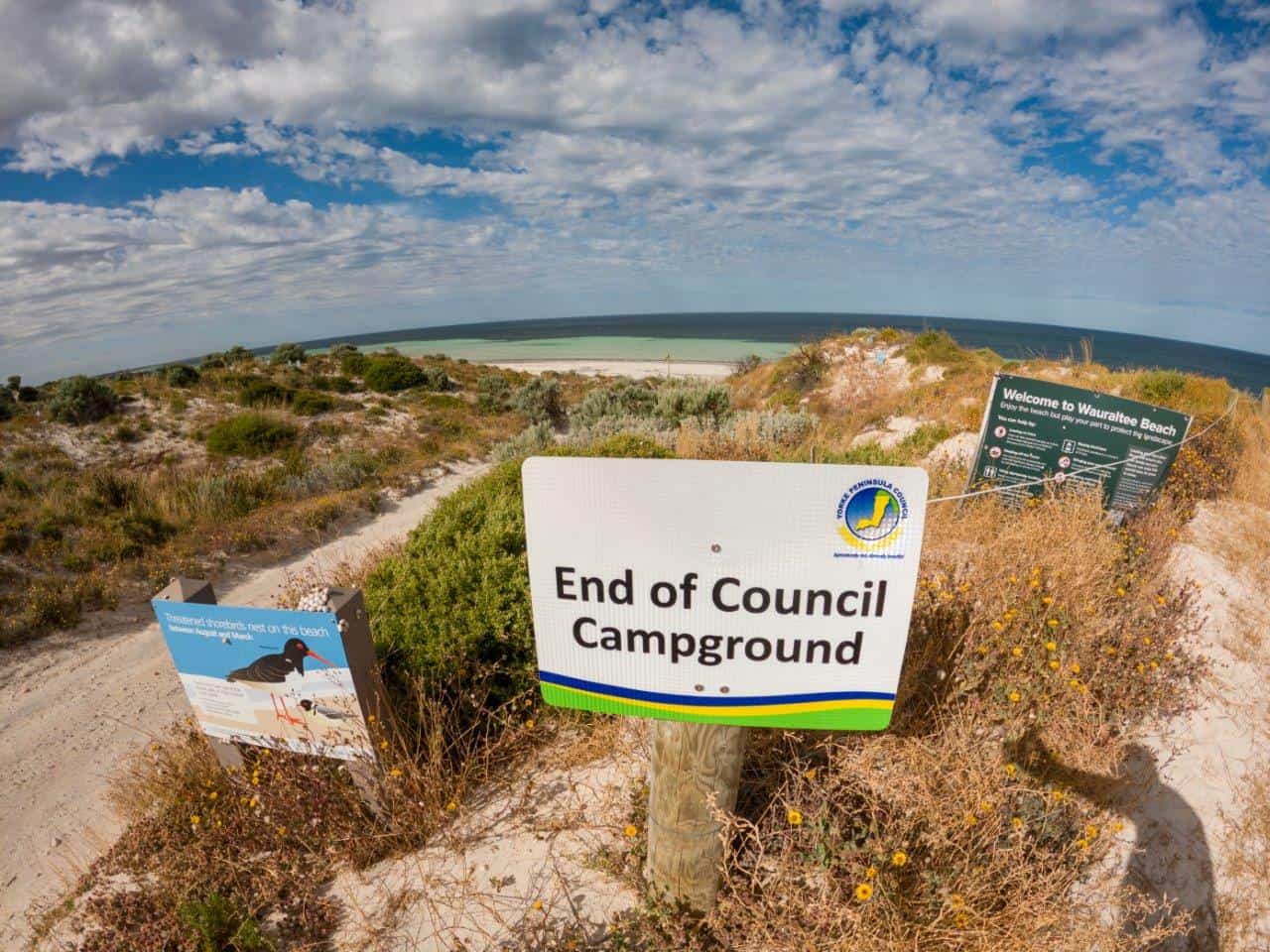 We’d seen a heap of people camping on the beach in the past, and wondered whether you were allowed to, and if so, did you have to pay the council fee? Logically you shouldn’t have to, as you are outside of the council camp site, and we rolled with that notion, despite making a couple of phone calls to clarify (which went unanswered).

Not long after we arrived on the beach a heap of others rolled in, and that night there were about 12 other vehicles camping on the beach, scattered around us. 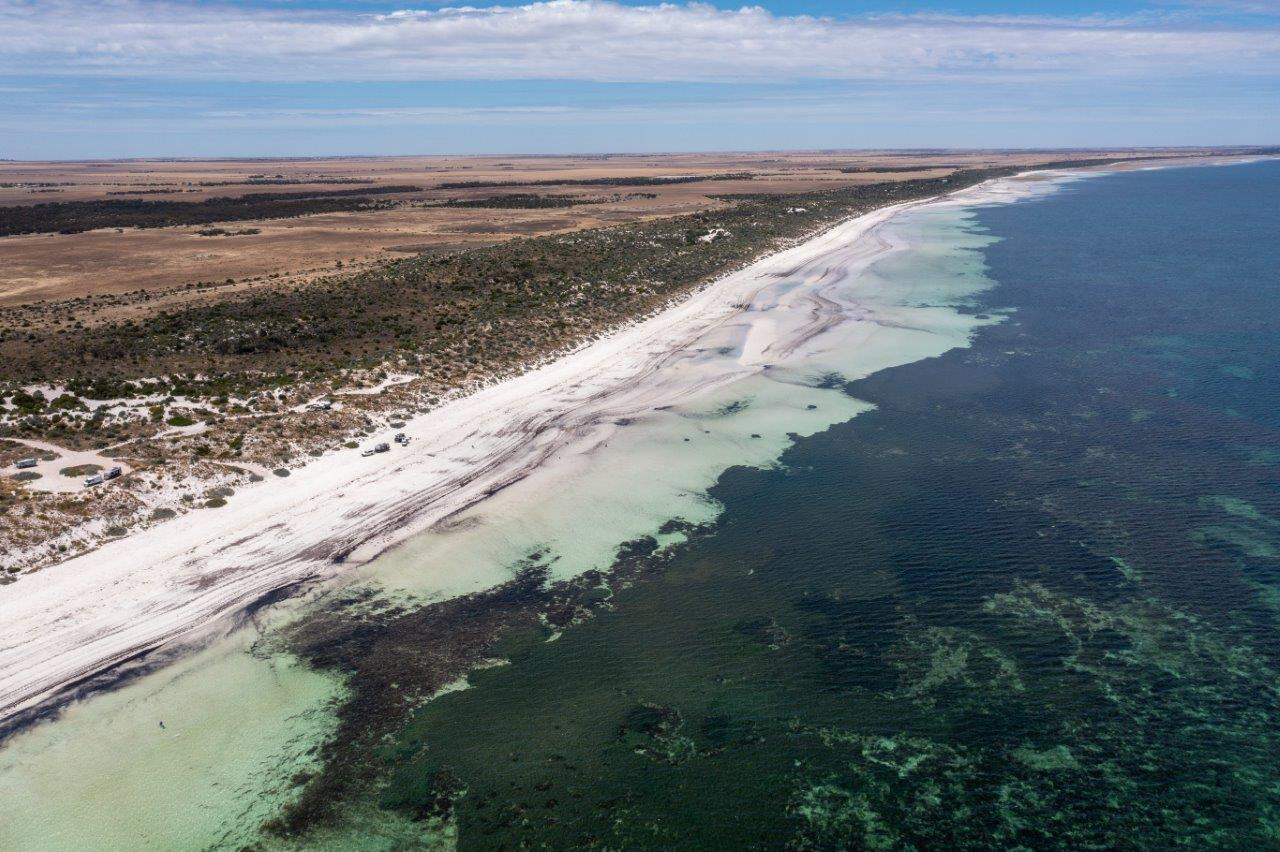 We ended up with quite a number of people camping on the beach that night (not in this photo!)

With no answer from the phone calls, I sent an email off that night to get written clarification about what you are allowed to do, and received the following:

Thank you for your enquiry.

Council has a Bush Campground at Wauraltee but it does not include the beach. Thus, the Bush Camping Permit only grants access to the campground, not the beach area.

Wauraltee Beach is Crown Land and thus under the jurisdiction of DEW (Department of Environment and Water). Visitors are allowed to camp on Crown Land, but it is discouraged in such a fragile environment. It is also a public road and so monitored by DEW and SAPOL. Since it is a public road, all road rules apply and unregistered vehicles are not permitted.

So, they advise you don’t camp on the beach because of it being a fragile environment, but its done by a huge number of people and if you take this route, you don’t actually have to pay for camping. I’m not qualified to comment on how ‘fragile’ the beach is, but its certainly worth considering.

If you are going to camp on the beach, please leave no trace, and don’t do any damage to the beach. You’d also not be entitled to use the toilet as part of the council camp. 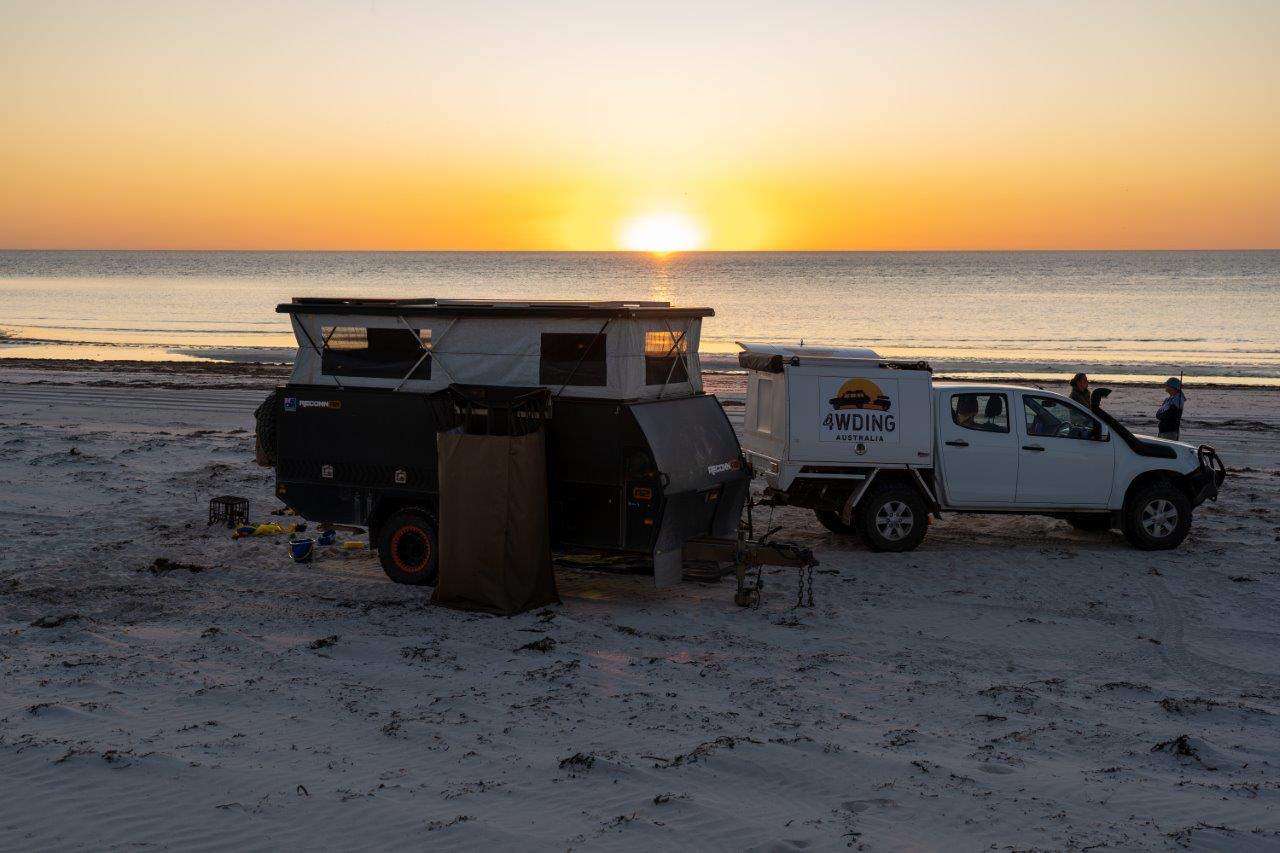 So, you can camp on the beach for free but the shire doesn’t recommend it

Camping in the formal site is $20 per vehicle per night (up from $10 a night recently). If you camp on the beach though, its completely free, as per the above. 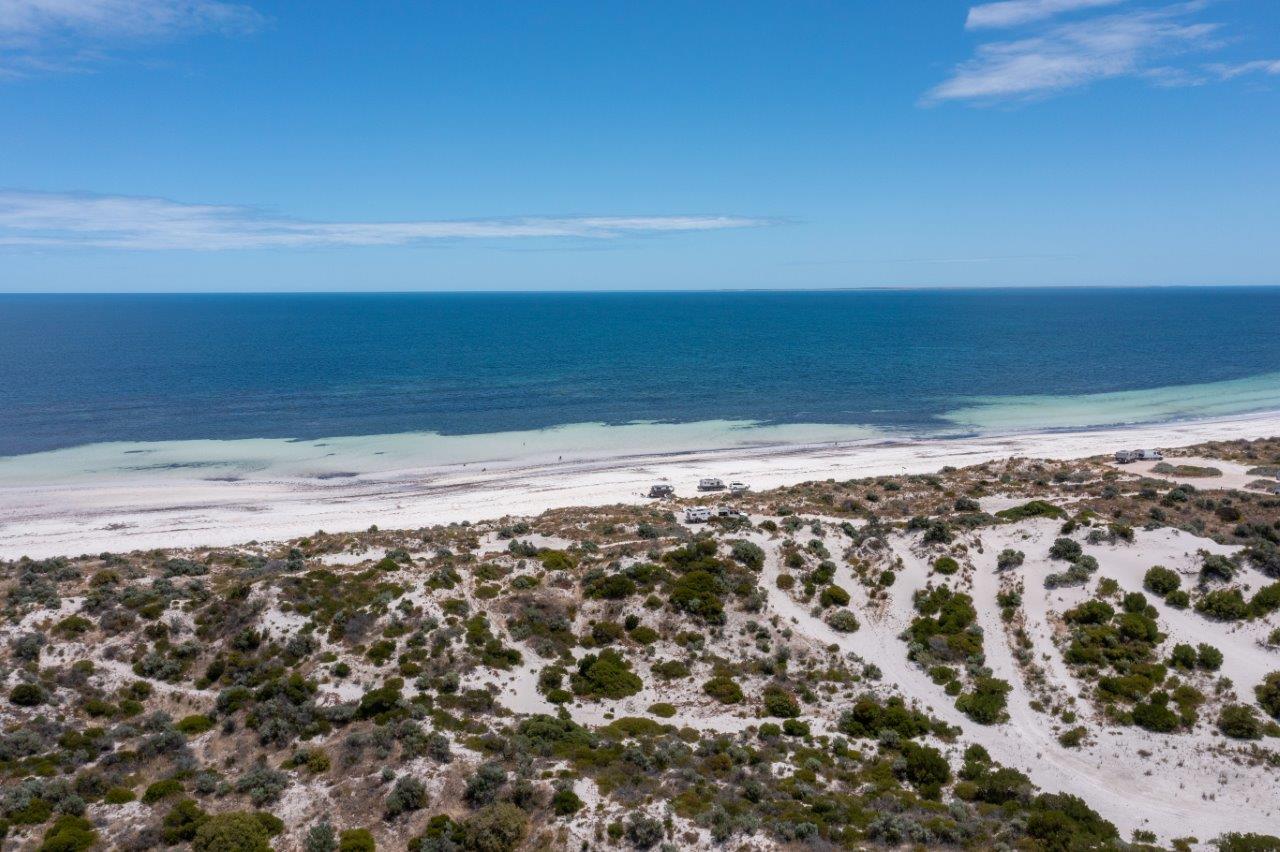 It’s $20 to camp in the Wauraltee Beach campground above the beach, or free on the beach

You can get into the campground without a 4WD. Some of the camp sites have some soft sections where a 4WD would be advisable, and if you are going onto the beach a 4WD is a good idea. That said, we did see an old Mazda 3 come up and down the beach a few times, and head up and down the exit and entry.

There were some heavy, and big vans on the beach as well, but if you are coming down with something big you 100% need a 4WD, and you need to watch the departure angle as you get onto the beach, as its close on the larger vans (we saw one hit fairly badly).

The beach itself was like concrete between the low and high tide mark, but if you went up closer to the dunes it had soft patches, and we helped to rescue a fairly new Mitsubishi Triton towing a big dual axle van that sunk down a bit further down the beach.

I saw comments about the beach being softer on one side to the other, and don’t believe it makes much of a difference. When you come down onto the beach if you head to the right the water is much deeper, and its much shallower to the left. 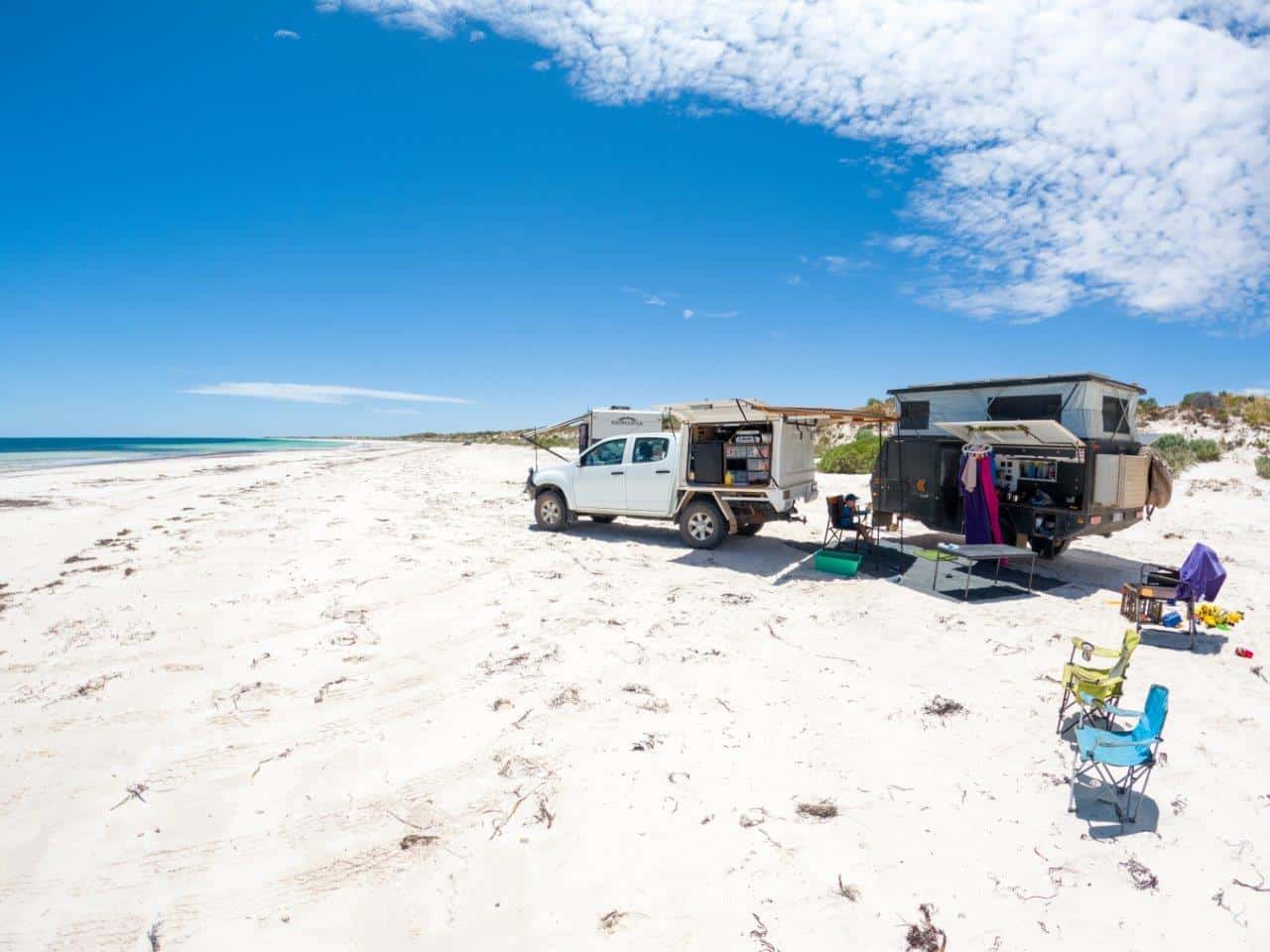 The beach is really hard except for closer to the dunes 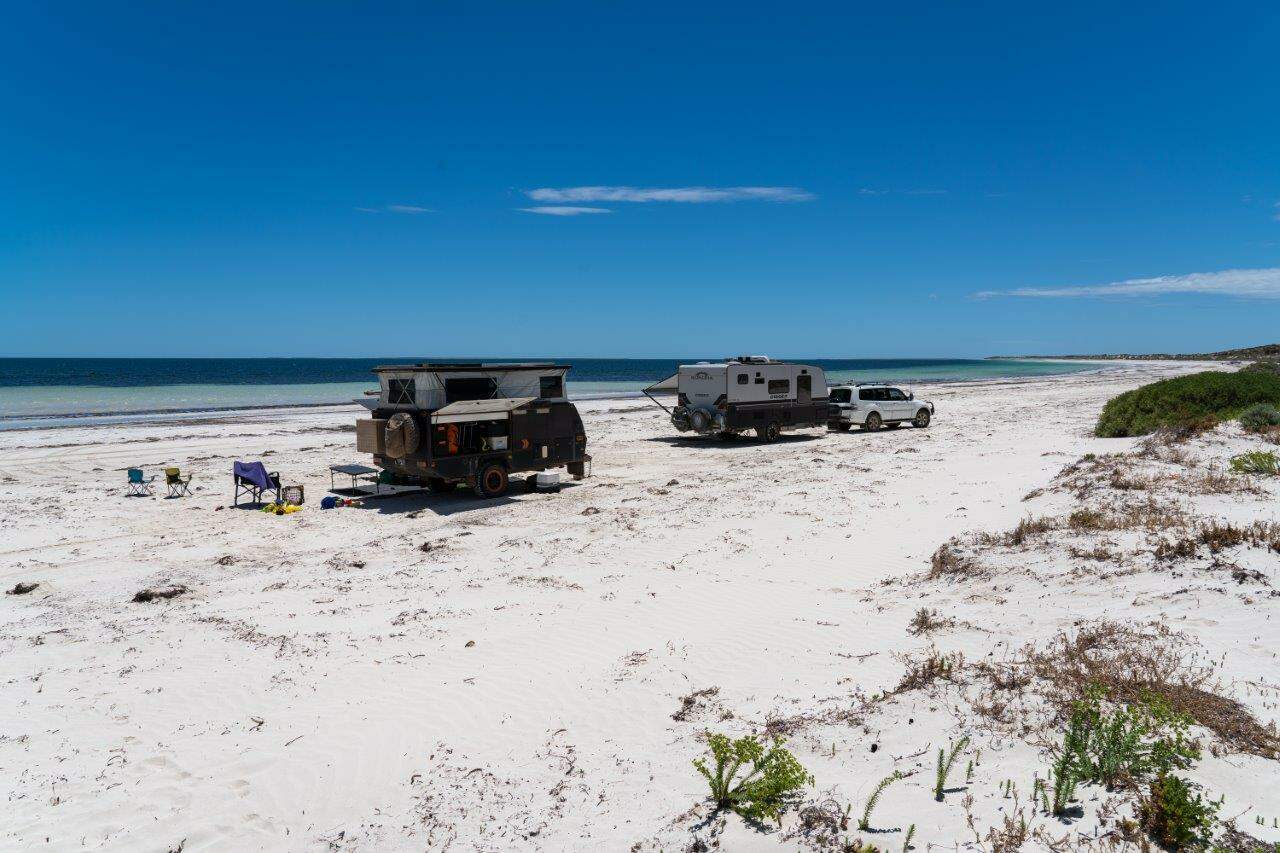 Camp above the high tide mark, but watch the sand

We’re so aware of how much influence the weather has on a place. If you came to Wauraltee Beach when there was a strong Westerly wind it would be as average as it gets, but we jagged very light winds all day, that dropped off to absolutely nothing throughout sunset. 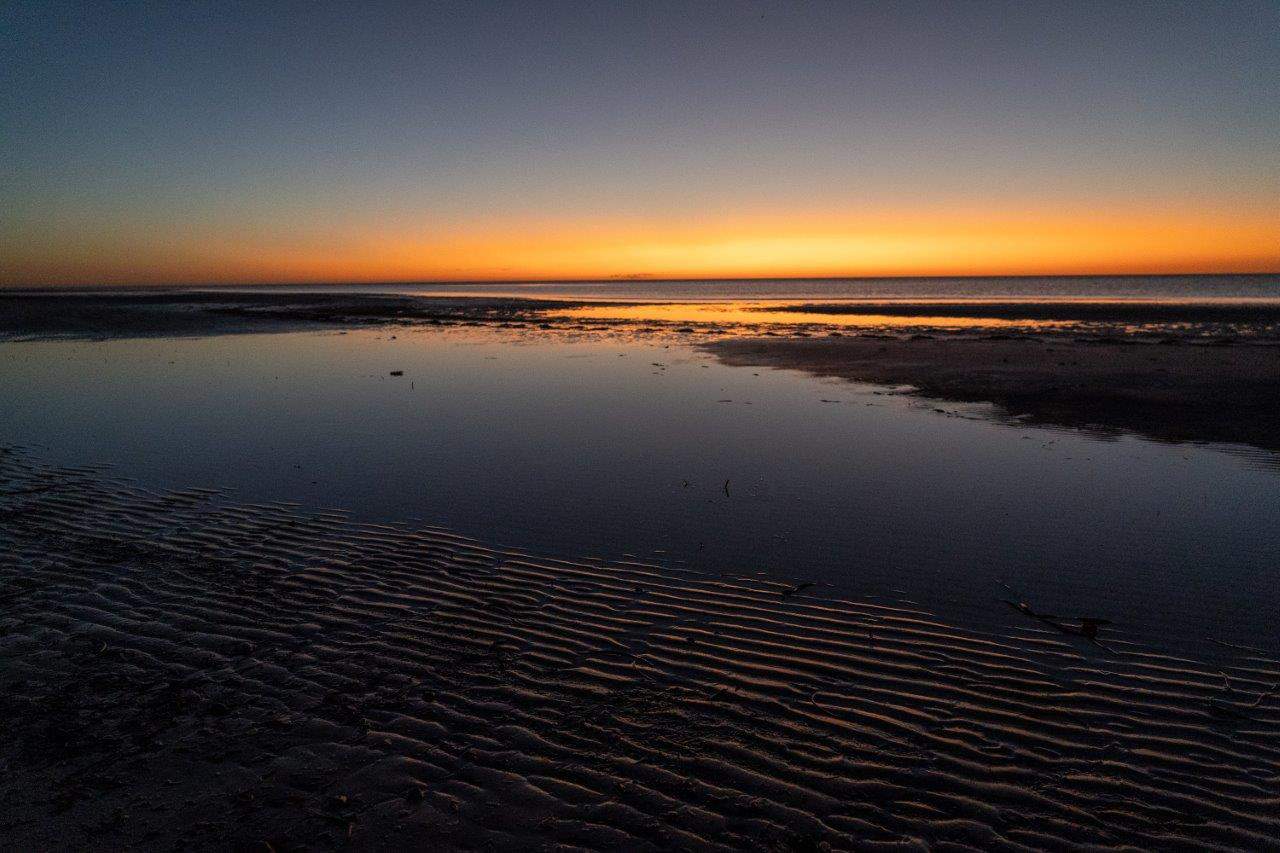 We had a truly incredible evening, and sunset

It was warm, sunny and comfortable all day, which has been super rare for us whilst exploring the Eyre Peninsula, and the rest of South Australia. The sunset here was one of the best we’ve had in a long time on the road, and our kids had an absolute ball enjoying the beach. 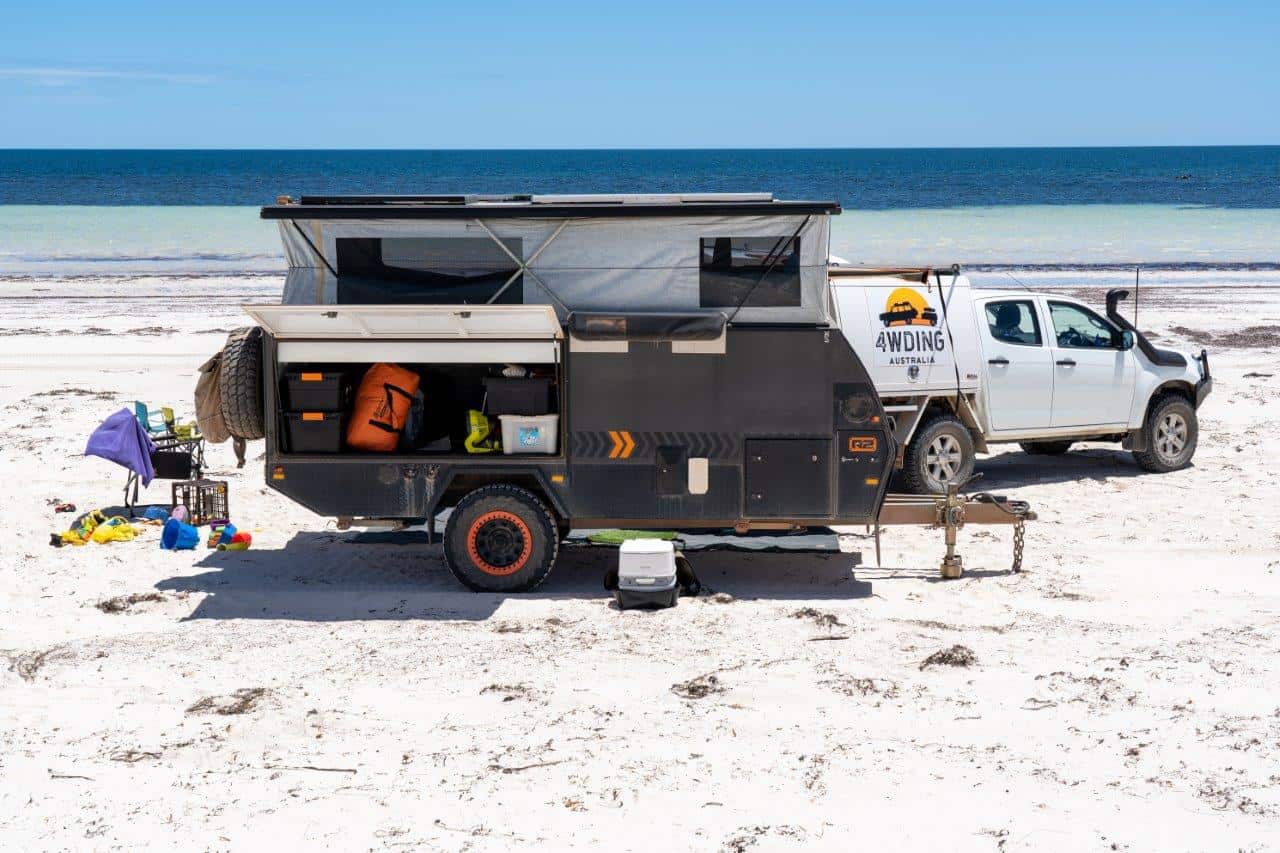 Wauraltee Beach was a huge favourite of ours, on the Yorke Peninsula

If you are looking for a magic place to camp, we’d highly recommend Wauraltee Beach. 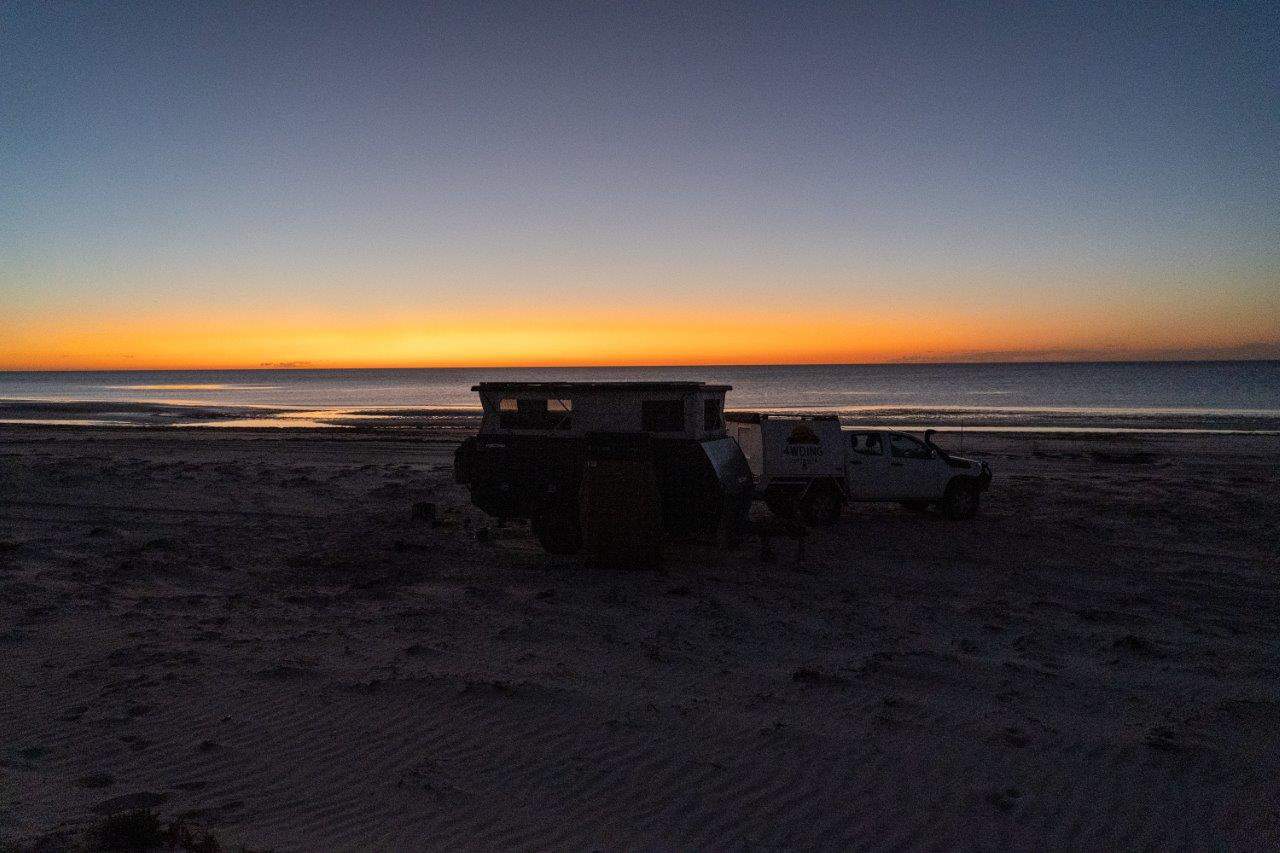 We’ll be back to Wauraltee for sure!