Cleaverville is a well-known camp ground on the northern cost of Western Australia. I’ve often commented on how lucky we are to be able to enjoy such a stunning coast in WA, but Cleaverville truly takes it to another level.

With two creeks, stunning reef and a huge camp ground its well and truly worth a stay. 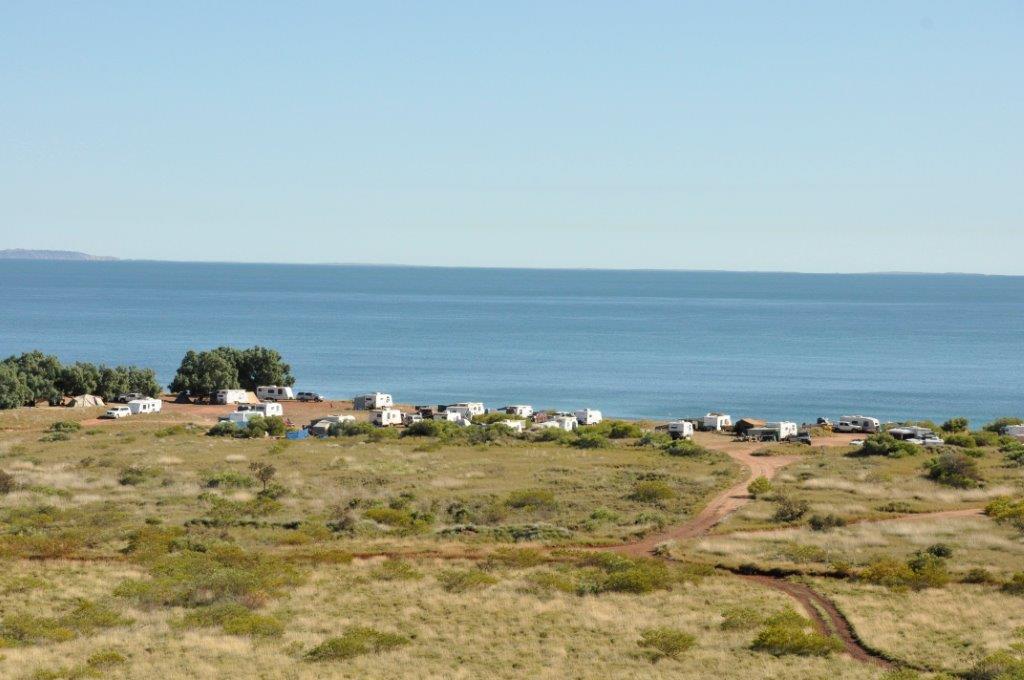 View from the top

Cleaverville is a camp ground run by the shire of Roebourne. It is located in between Cleaverville and Rocky Creek, and is an area sufficient to fit a huge number of campers. It is extremely popular for the grey nomads, who often stay there for weeks on end. It is popular for boating, fishing, snorkelling, relaxing and enjoying the company of other campers. 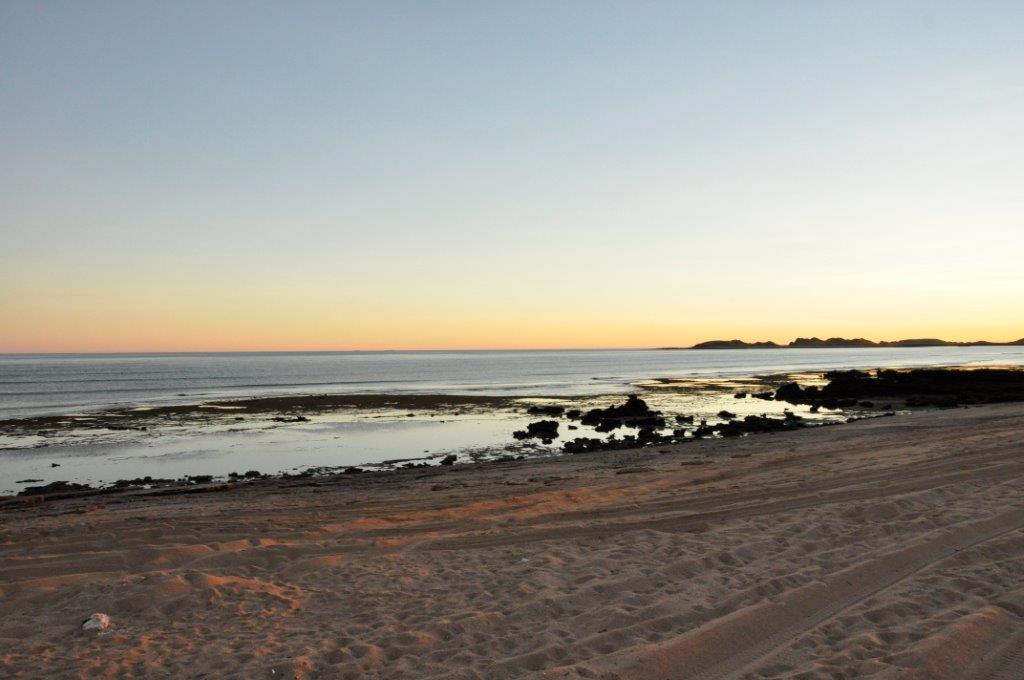 Cleaverville is located in between Karratha and Wickham; around 1600km NNE of Perth. It is a good 4 hours away from Karijini, and 2 hours from Port Hedland. Cleaverville can be accessed from the east or west, along the North West Coastal Hwy 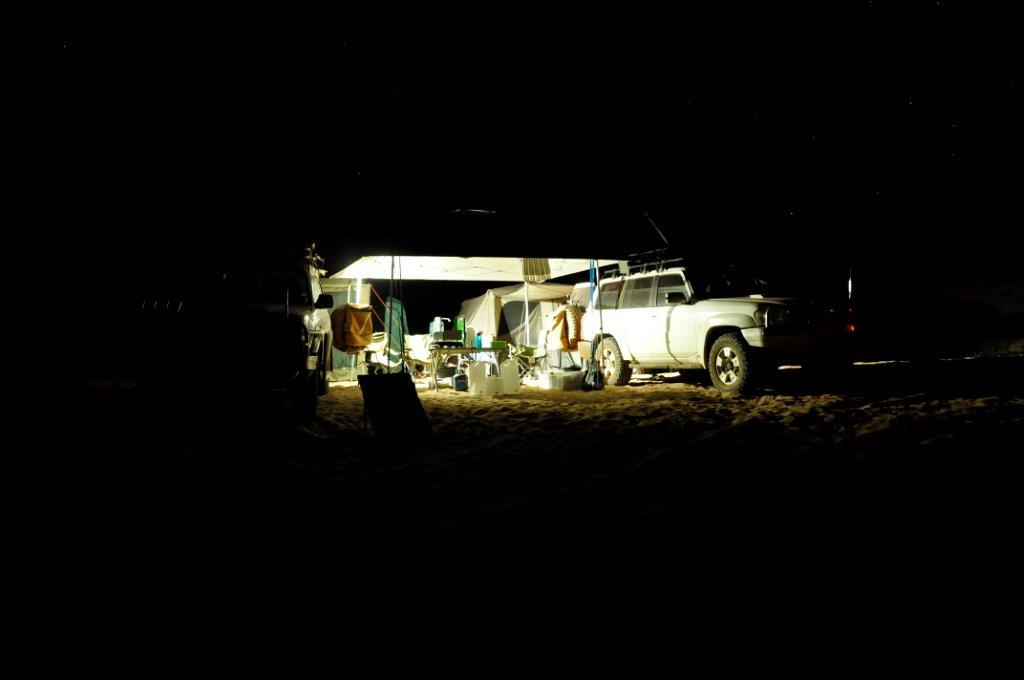 Cleaverville road is access from the North West Coastal Hwy. It is a limestone/gravel road the whole way into the camp grounds, and is kept in reasonable condition. That said, keep your speed down and take it carefully especially if you are towing. We saw a number of big rigs camping near the beach – camper vans, big caravans, buses and even 2WD vehicles. 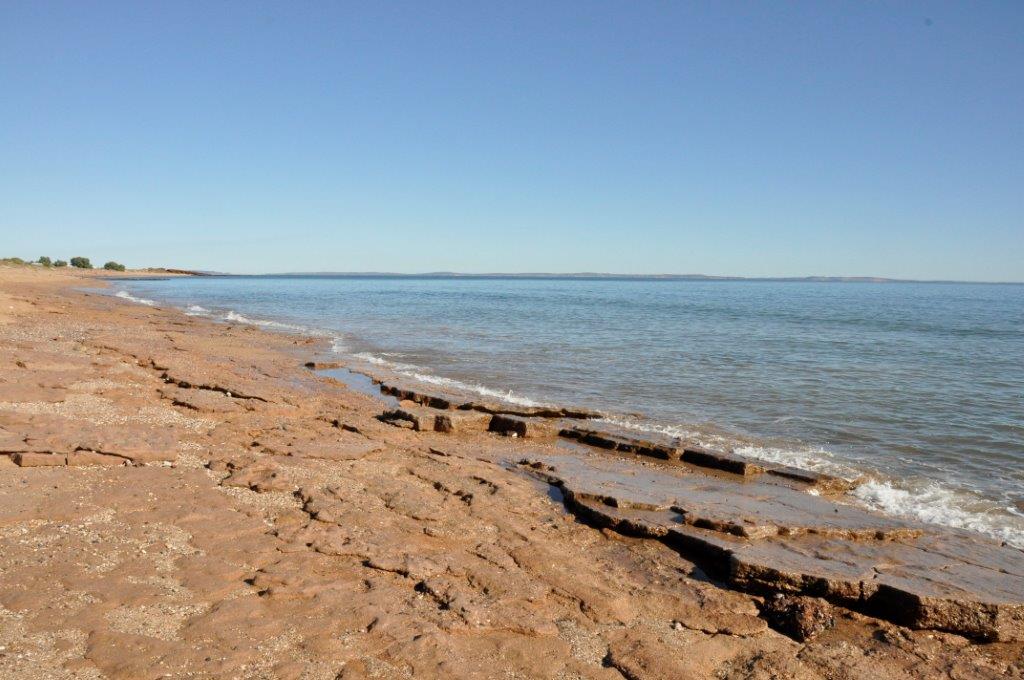 When you first arrive, see the caretaker, who will direct you to places that are free for camping. This can be a seriously busy place, and camping spots are basically available from anywhere just east of Cleaverville creek. However, don’t go further east than where the tracks go up a steep rocky section.

The vehicle that you drive in will determine where you can camp; a lot of the spots are 2WD accessible and require minimal clearance. However, if you want to drive around a bit, you will soon realise that there are a number of tracks that require 4WD. 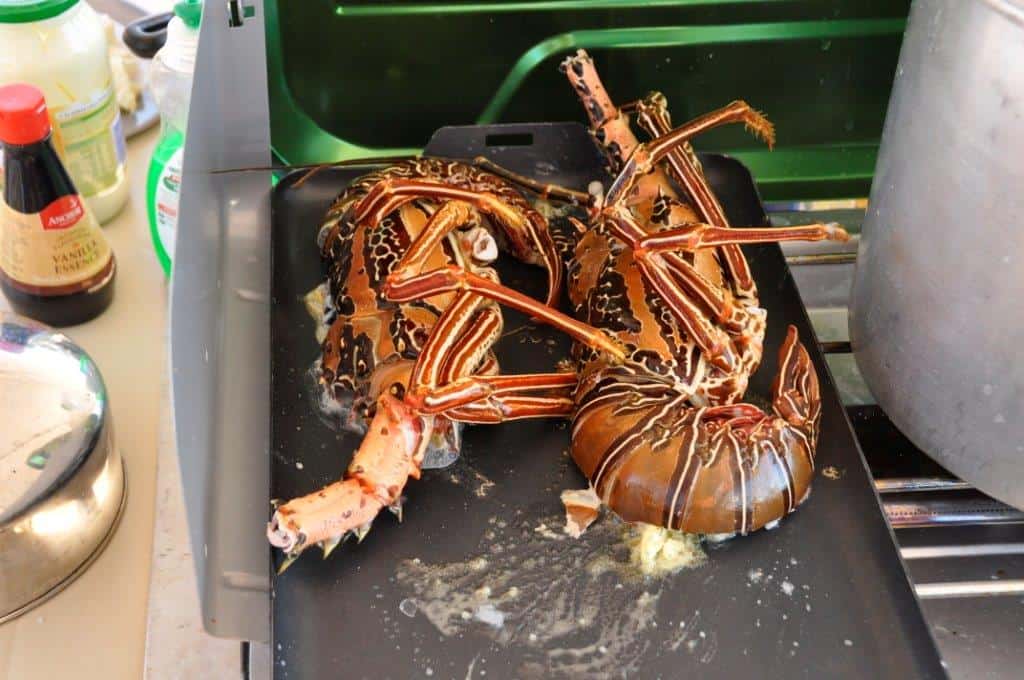 Can’t get fresher than that!

When we arrived, the place was packed, and the caretaker suggested we camp on the beach. I wasn’t originally so keen on this, given that down in Perth camping on the beach usually means getting hammered by the wind, but we obliged anyway and found a nice location out of the way. If you camp on the beach, make sure you look at where the tides are; they go up and down around 5 metres and the last thing you want to see is the water lapping at your campsite!

If you have a boat, some of the islands are available for overnight camping. Check with the visitor center for more information, and make sure you take the tide change into account when mooring the boat!

In terms of paid campsites, this is quite cheap. At $8 per person, its a steal ($16 each night, and likely per camp site/family/car – check with the caretaker when you arrive). You are allowed to stay for a maximum of 28 days (I wish we could!). From October 1 to April 30, camping is free! 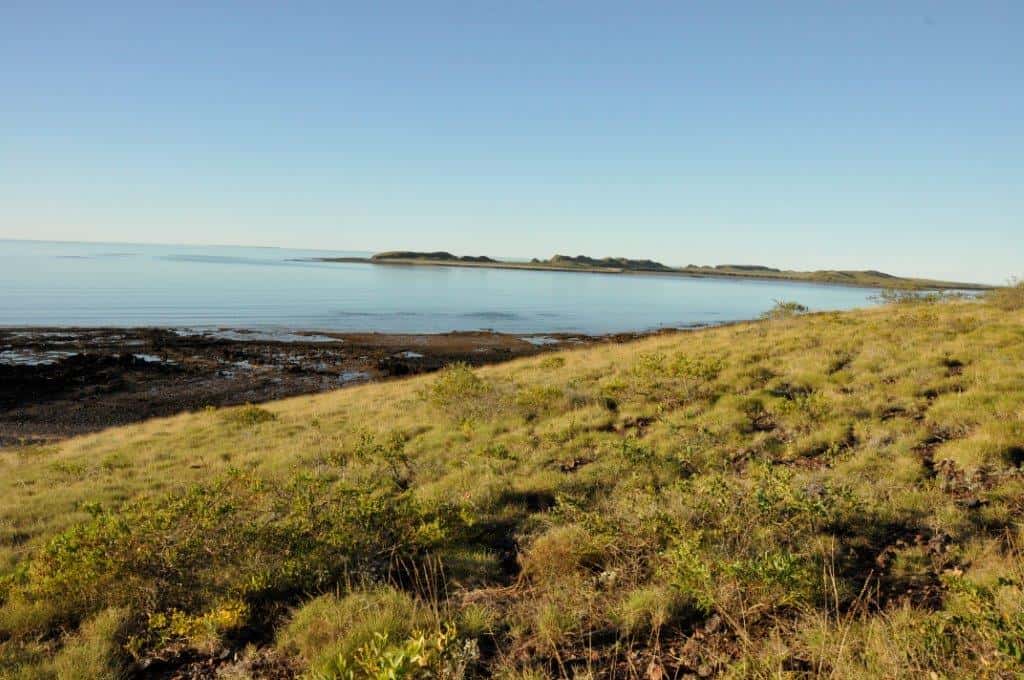 It’s all worth it

What facilities are available?

Cleaverville has a number of rubbish bins, but no other facilities. You need to bring your own toilets and showers. Portable toilets are not very expensive, and are very much appreciated in a place like this. Remember the toilet/shower tent too, as you won’t be getting a whole lot of privacy!

What can you do at Cleaverville?

A lot of people take boats to Cleaverville. They launch them when the tide is up, go out for the day and come back when the tide is receding. Asides from boating, fishing, snorkelling, swimming and enjoying the area are very popular. You can check out both creeks, and look at the islands off the coast (if you have a kayak or boat!).

It truly is a pristine location with weather like I’ve never experienced before. The whole time we were there the water was glassy calm and the wind almost non-existent, and this sort of weather is very common! If you want to know how to skip winter in the southern parts of WA, check out How to get the best weather in WA. 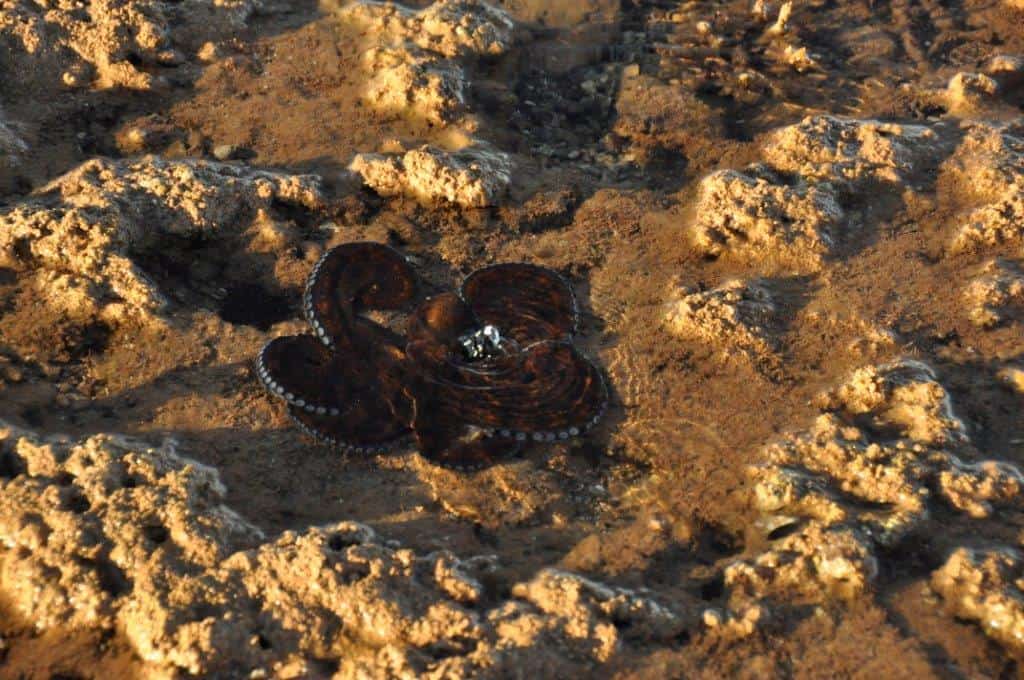 Watch out for octopus in the reef

I’ve mentioned above that the grey nomads love this place, and as such it is extremely popular. Of course, it depends on the time of year that you visit, but expect to have plenty of company! We’ve put it on the list of 30 unbelievable camp sites in WA, because of how amazing it is. 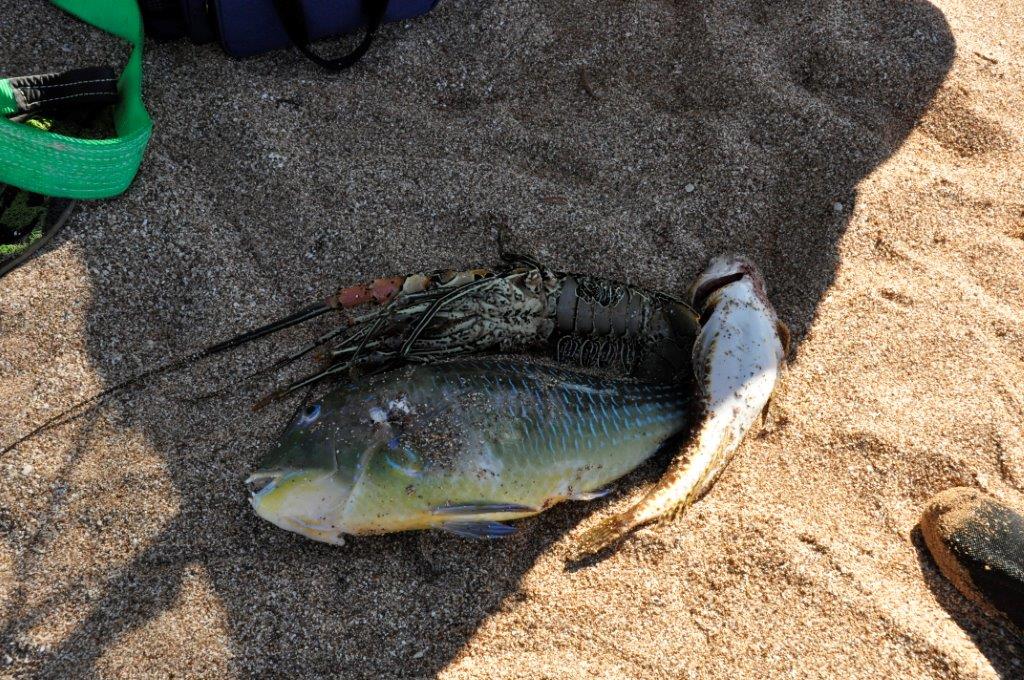 When is the best time to visit Cleaverville?

Any time between May – September will result in good weather for camping here. Be aware of the usual cylone seasons, as this campsite is shut on blue cyclone alert.

Are dogs permitted at Cleaverville?

Dogs are allowed at Cleaverville, providing they are kept on a leash (or well under control!) and you clean up after them.

Are you allowed fires?

Fires are allowed here, but use some common sense in regards to the size and location of the fire in regards to the temperature. There are fire bans depending on the weather. All fire wood must be brought in from elsewhere; please don’t destroy the vegetation, as you won’t find much firewood around anyway.

Cleaverville has some great fishing. You can fish in the creeks, or straight into the ocean. We had a lot of fun fishing from small kayaks; less chance of snags and you can get out far enough so you don’t have to cast. 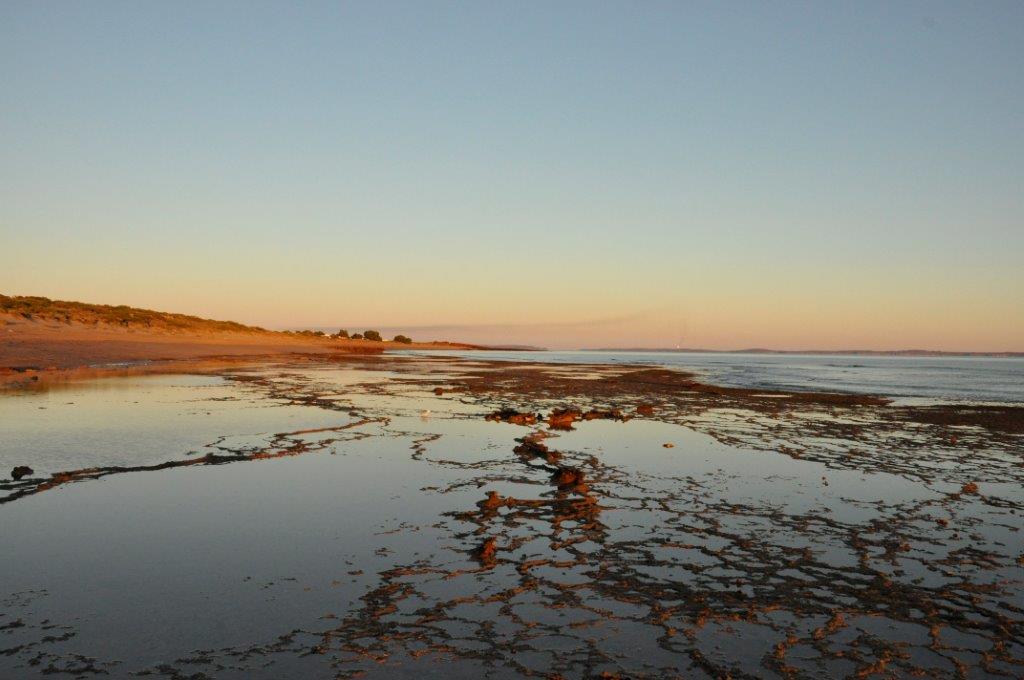 Plenty of places to fish

As always though, we found that spear fishing was much more effective, and usually ended up with a few decent fish each time we went out. We also scored 6 nice painted crayfish, which were delicious!

There are a number of islands surrounding Cleaverville. We paddled over to Dixon Island (about 1.5km away) and had a bit of a look around. It is an incredible place, with more marine life than you can fathom!

If you get a chance, go for a dive straight out from the main camping area. The coral is great, and there is plenty of marine life. In the few days that we spent at Cleaverville, we spent many hours underwater! 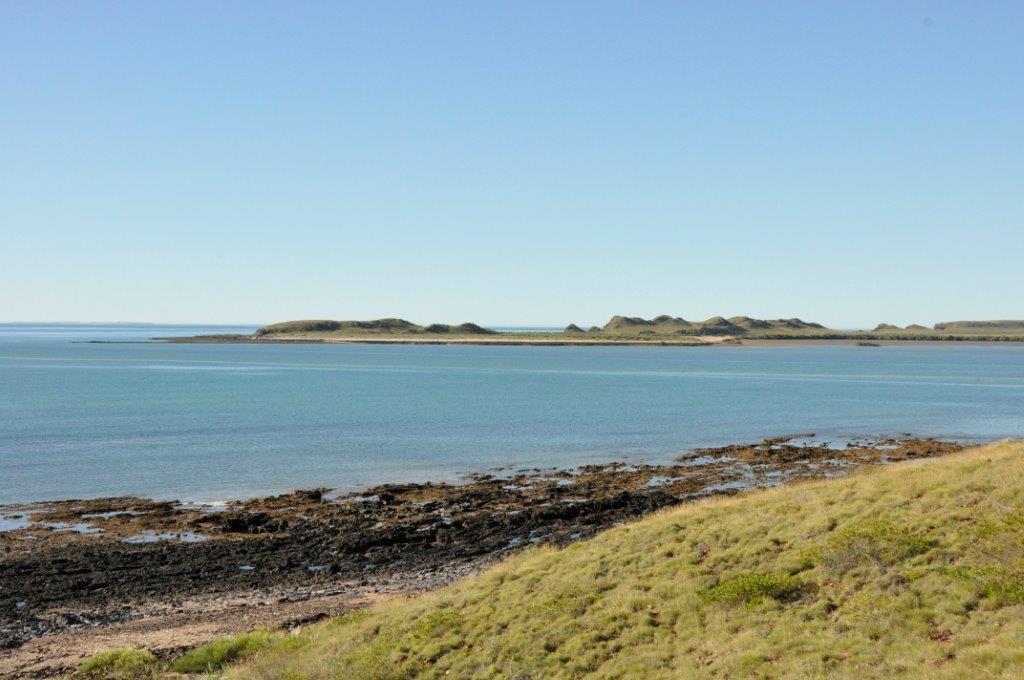 How could you resist?

Anywhere along the coastline of northern WA is home to nasty critters known as sand flies. They will ‘bite’ you and leave lots of nasty marks that can be seriously annoying. If you are heading to Cleaverville, pack some sand fly repellent, and use it wisely. The best way to avoid bites is to wear light weight, long sleeve shirts and pants, so they can’t get to you.

We’ve been to Cleaverville a number of times now, and it never disappoints. If you get great weather, its such a pleasant place to be (as long as the sand flies aren’t out and about!) and we’d comfortable enjoy a week or more here.