Tantanoola Caves; are they worth doing?

Having come from WA, we’re pretty spoilt for caves in the Margaret River region, and I’ve spent many hours exploring them on adventure tours, formal tours and self guided ones, and always loved them.

When the opportunity came up to call into a cave in South Australia that is highly raved about, we couldn’t resist, and booked a family pass at Tantanoola Caves. 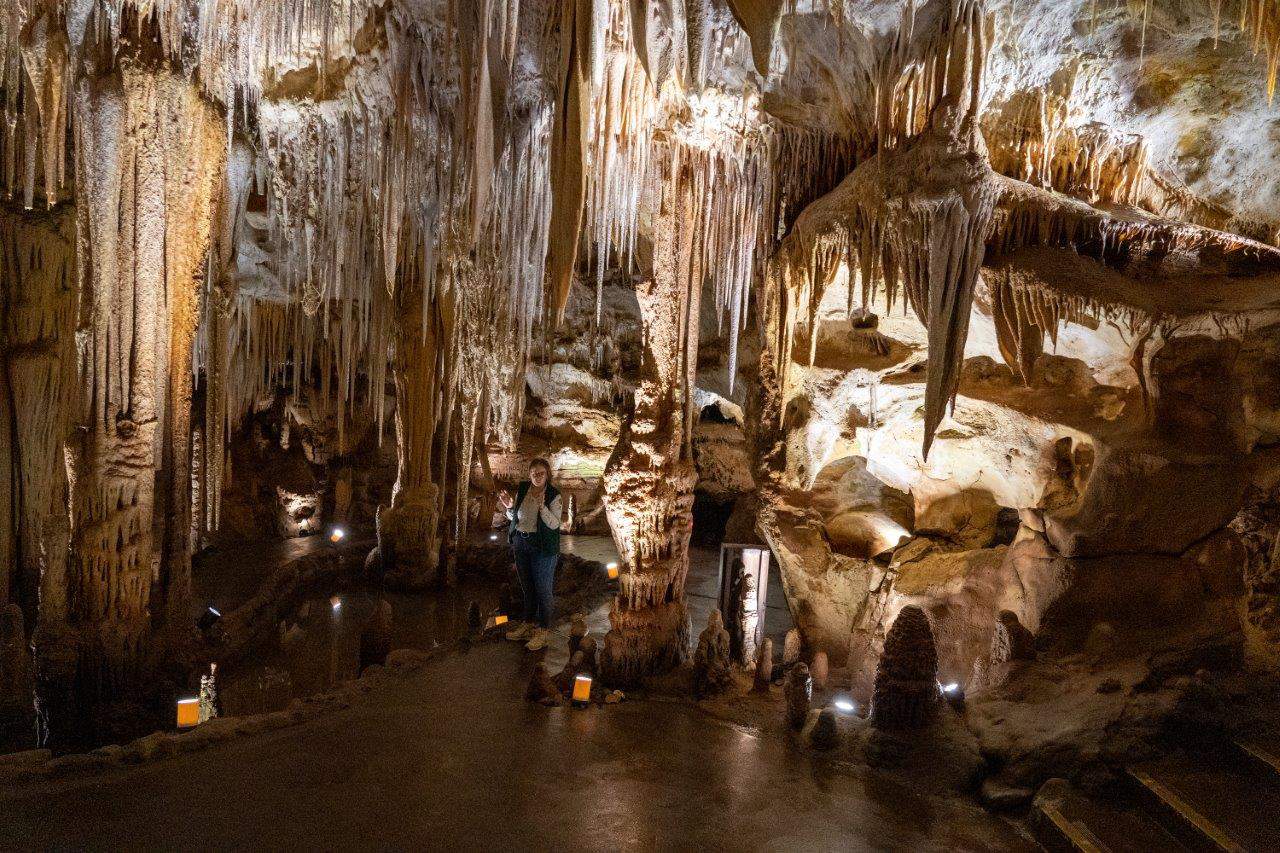 Tantanoola Caves in all their beauty 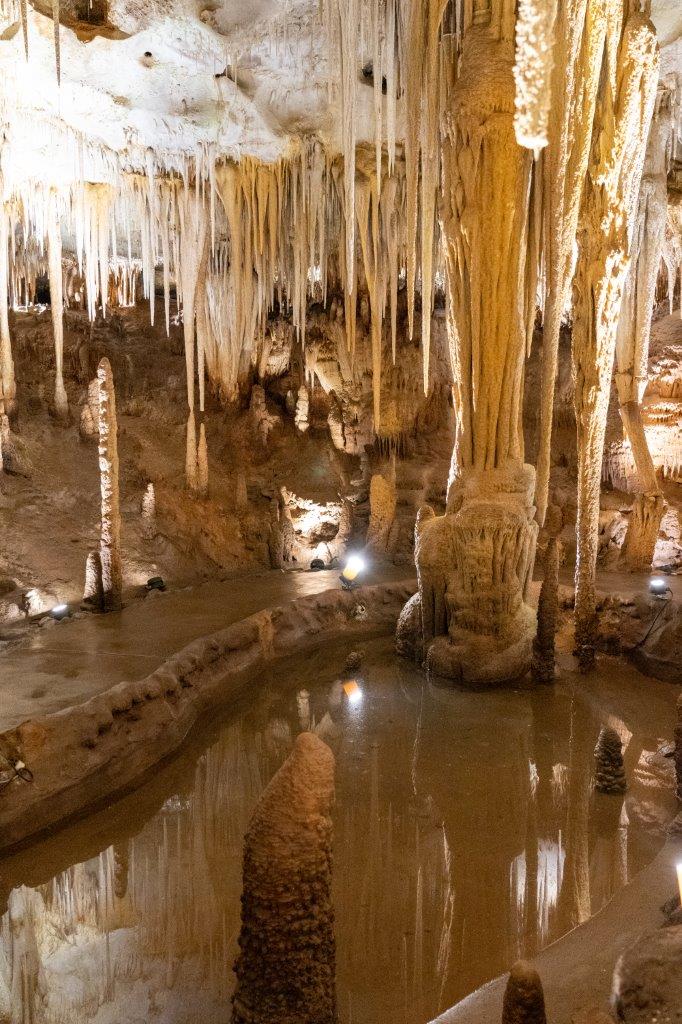 We booked a tour at Tantanoola Caves for our family

We paid full price for this

I can’t think of the last time we got a tour, or experience for a discount or free. We’ve seen the online world change incredibly over the last decade, and prefer to buy our own gear and experiences and then review them in a completely independent way. Like normal, this tour was paid with 100% of our own money, and is not sponsored, gifted or anything else.

I tell you this so you know we aren’t raving on about something we got for free; if we like it, its because we actually like it. 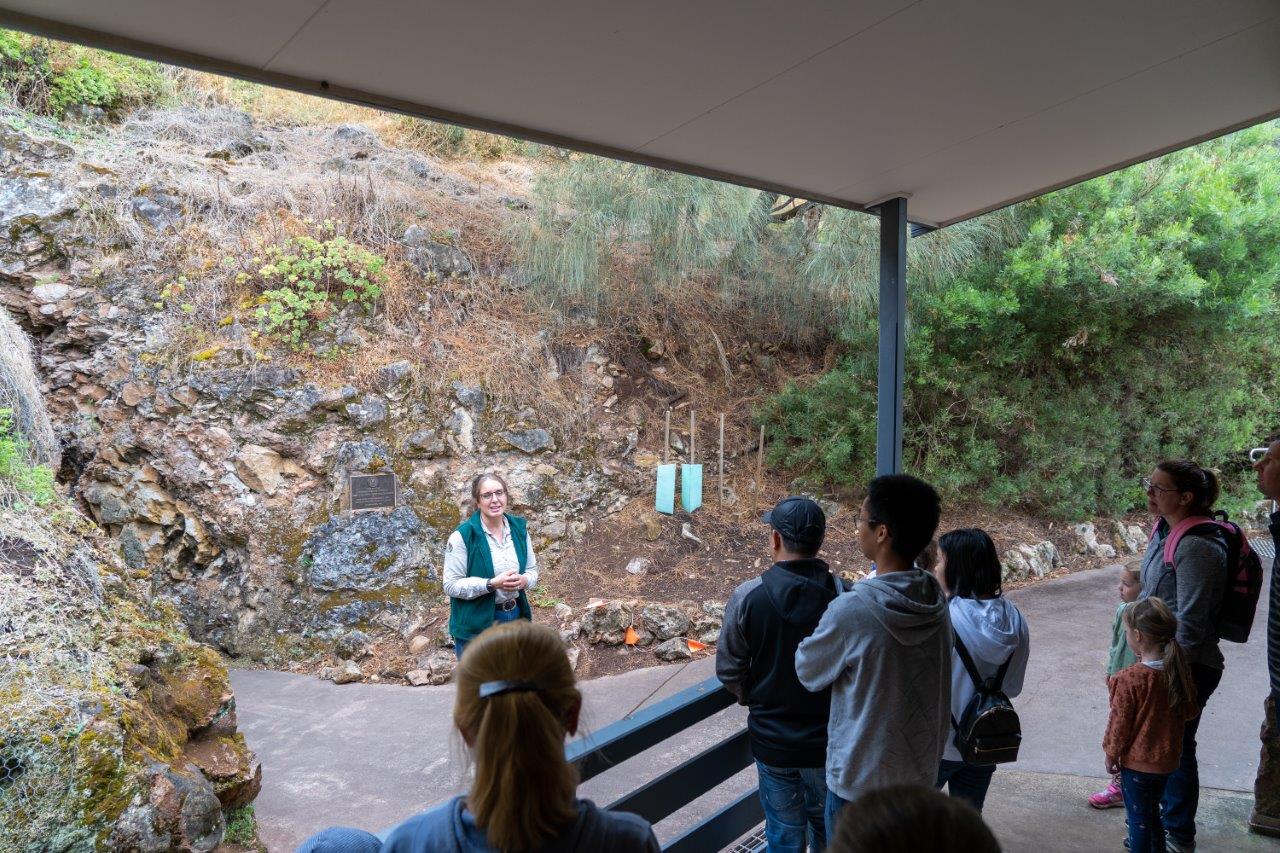 The start of the tour

We booked the wrong day

I’m going to put it down to being tired, but somehow I booked the cave tour for Thursday, and we arrived on Wednesday. Whoops. Fortunately the staff were awesome and had no issues rolling the booking forward for us.

If you make a booking though, ensure its on the right day! To top it off, we only just got there in time as well, after leaving the beautiful Southend Tourist Park later than we’d have liked, and going through roadworks! They ask you to be there 10 minutes before, and we got there about 7, so not too bad, but we like being on time.

About the Tantanoola Cave

Tantanoola Cave is an easy to access cave, aimed at literally everyone. The paths are concrete, its well lit up (once the lights come on), and it was the first wheelchair accessible cave in Australia, which is pretty neat.

Tantanoola Cave was found accidently by a 16 year old boy, who was hunting rabbits with his pet ferret. The pet entered the cave and didn’t come out, so he went in after to find it, and discovered the cave.

For the first few years of tourist operations, people had to climb up and squeeze into the cave, before it was cut open and a door installed. 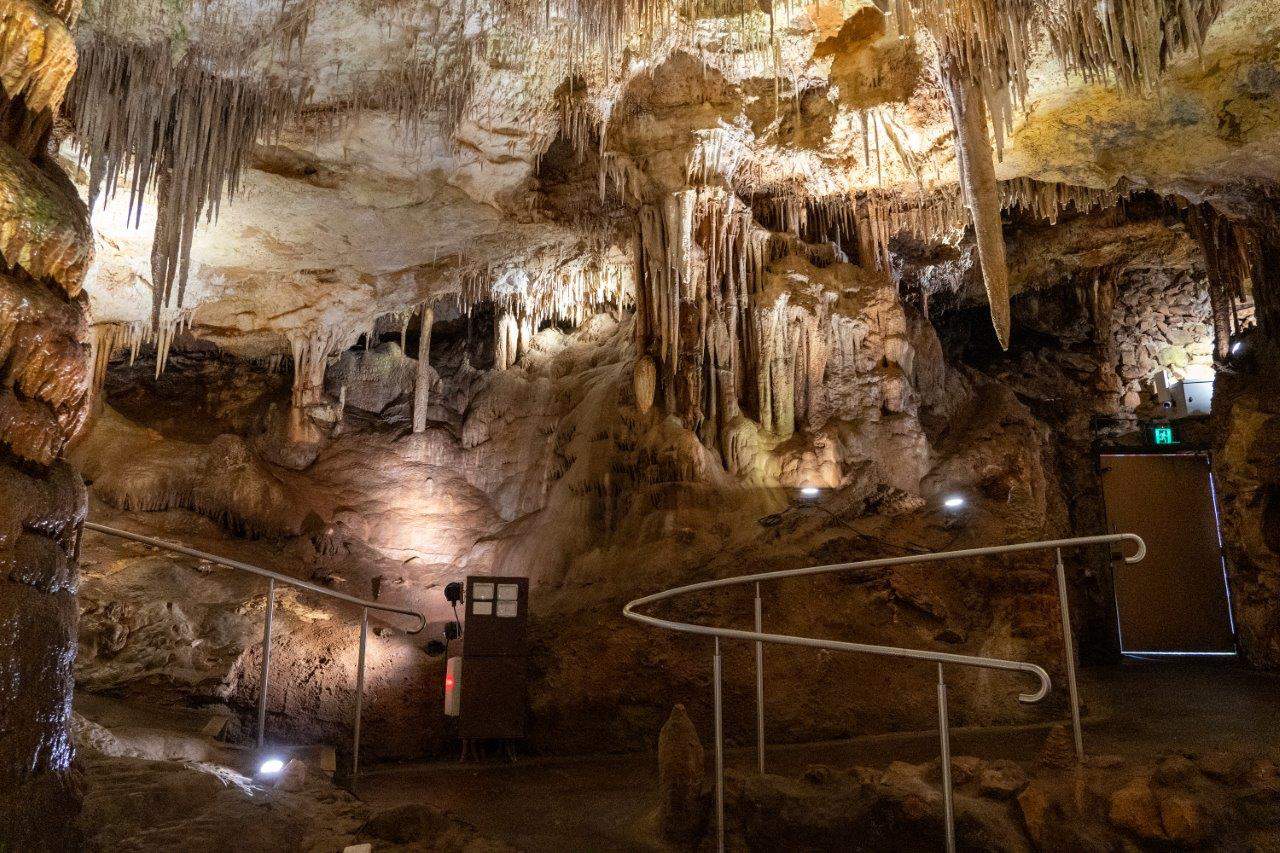 The cave is incredibly easy to explore

The tour is only 30 minutes, and starts off just outside the building that you check into upon arrival. A short speil is given about safety, how the cave was found and then you are invited inside, where everything is pitch black until the tour guide turns the lights on, after a few minutes.

Our guide did an awesome job explaining some of the history, what the different things were in the cave, and then answered any questions. Once the spiel is done though, you can wander the cave however you please, providing you don’t touch anything. The cave is relatively small, and easy to walk around, but its seriously picturesque and we had a heap of fun taking photos of it. 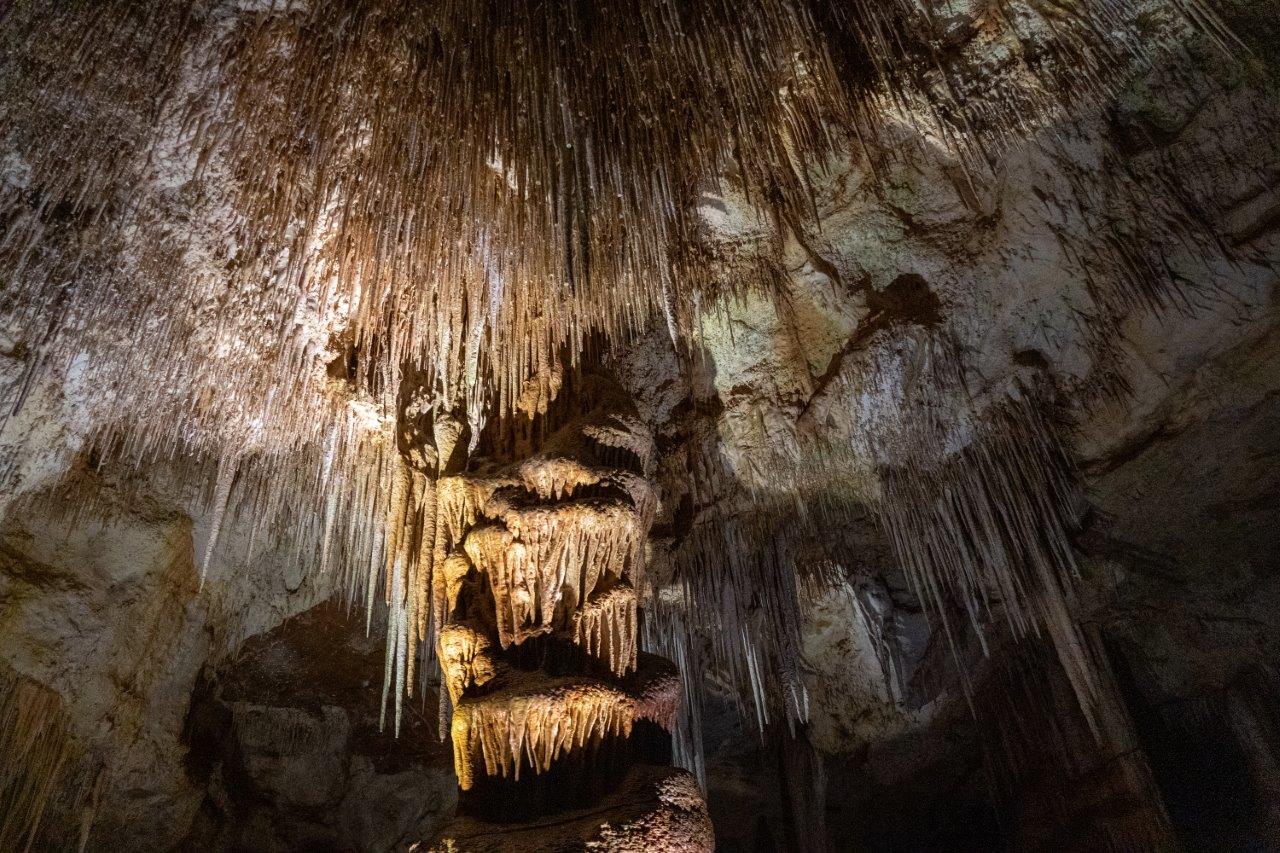 Every direction you look is stunning 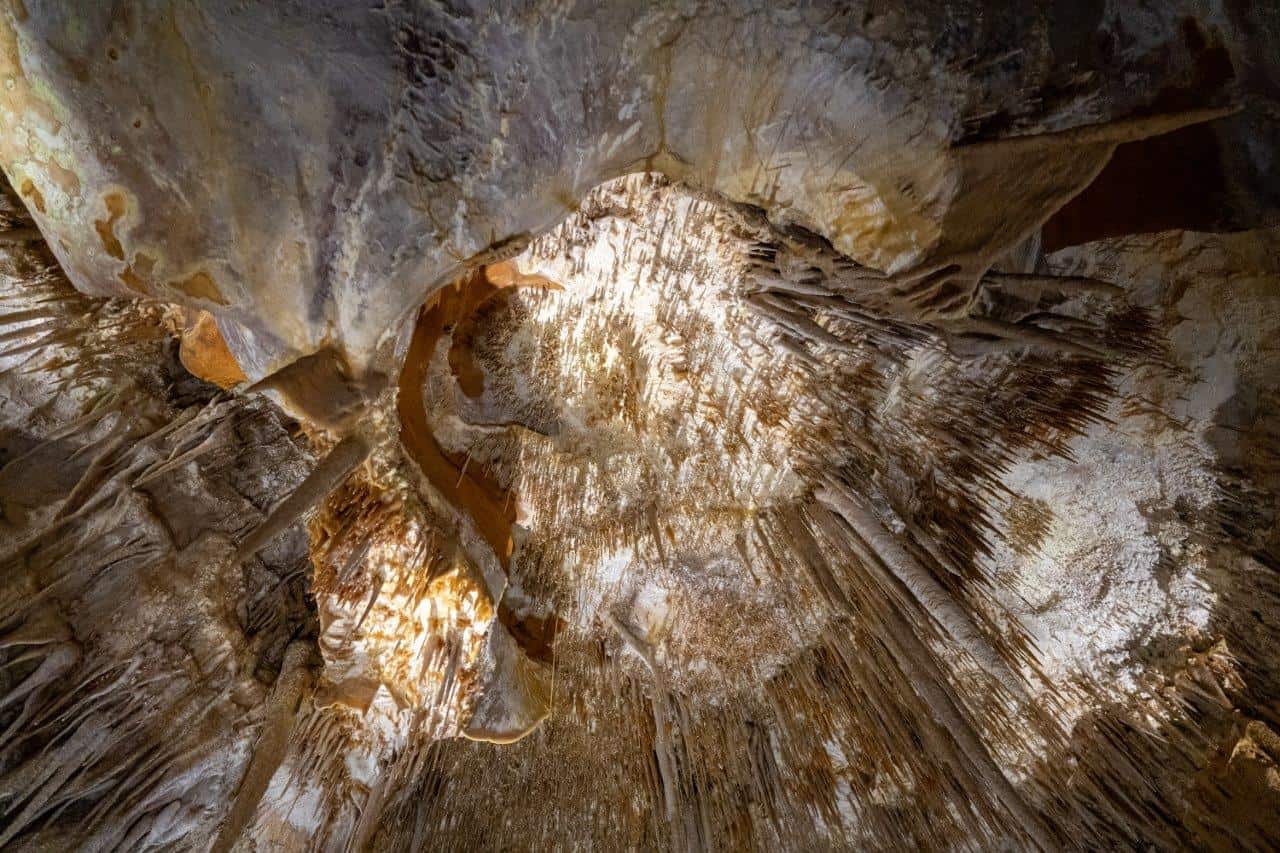 Lots of stalactites holding on 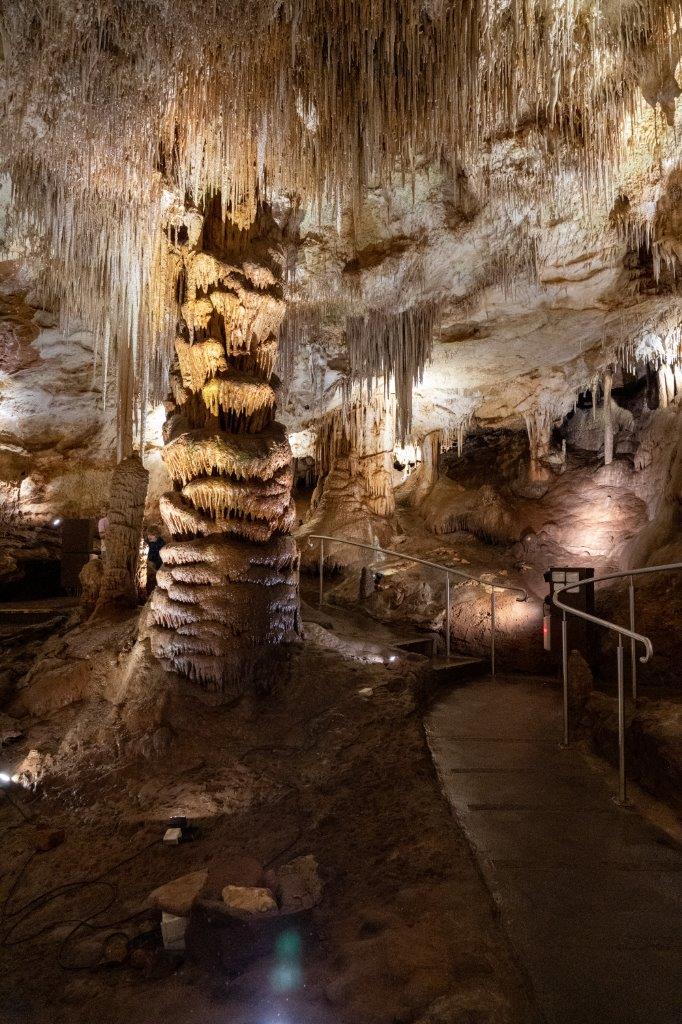 The cave is small, but really picturesque

What does the Tantanoola Cave cost?

We paid $37.50 for a family, which is pretty decent value. My folks got it for $12 each on concession, with the normal adult price being $15.

Is the Tantanoola Cave Tour worth doing?

We all left the Tantanoola Cave Tour saying that it was a great experience. Its good in a number of ways; its beautiful, its easy to access, the tour guide doesn’t spend the entire time talking and boring the kids, and then there’s plenty of time to walk around and enjoy it on your own time.

It’s also really decent value. The caves in Margaret River are all about $24 per adult, and $12.50 per child, which is so much more expensive. Granted many of them are a lot bigger, but its still a big jump in price. 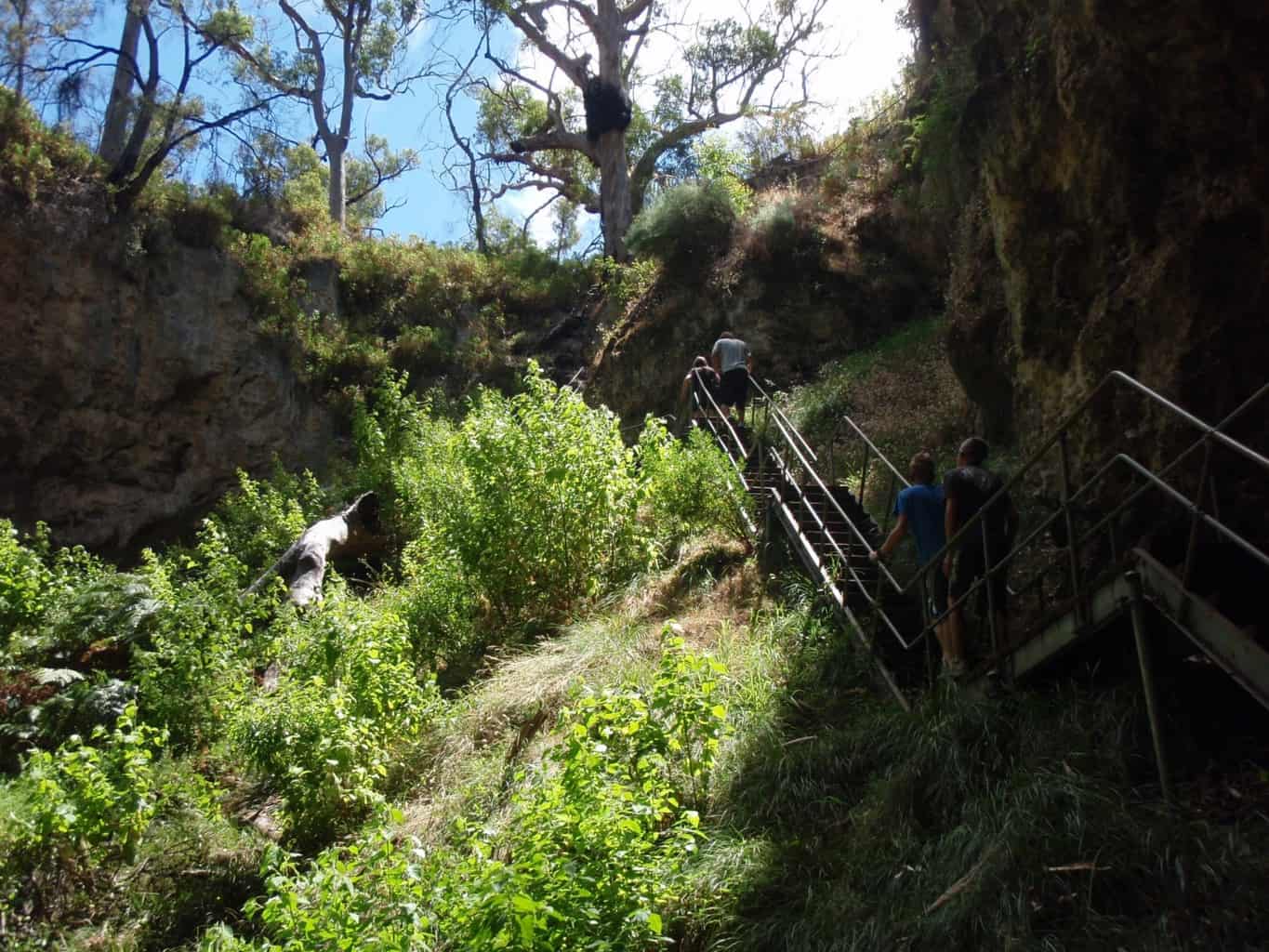 The cave tours in Margaret River, WA are a lot more expensive

We didn’t do the Naracoorte caves as they were out of the way and more expensive, but they are bigger and still well spoken of. I’d certainly recommend the Tantanoola Cave Tour though; its really well done, and we had an awesome time with the kids really enjoying their first cave experience.

Have you done the Tantanoola Cave Tour? What did you think of it?