Exmouth is a very, very special place. Not just because it has the Ningaloo Reef running for 80 odd kilometres up its coast, or because its one of the few places in the world you can swim with manta rays and whales, but because its got so much more than that.

It is a hugely tourist busy place in peak season, but there’s a good reason for that; its absolutely stunning.

We recently spent 5 nights in Exmouth, and left feeling like we’d hardly scratched the surface, and wanting to stay for longer. One of the most surprising locations we went to was Charles Knife Canyon.

We thoroughly enjoyed our stay at Osprey Bay and Mesa in Cape Range National Park, but there’s a side to Exmouth that a lot of people miss out on, below.

Where is Charles Knife Canyon?

30km south of Exmouth, or roughly 27 minutes drive lies Charles Knife Canyon. It’s mainly bitumen until the last section, but has quite a steep climb to get up to the top. 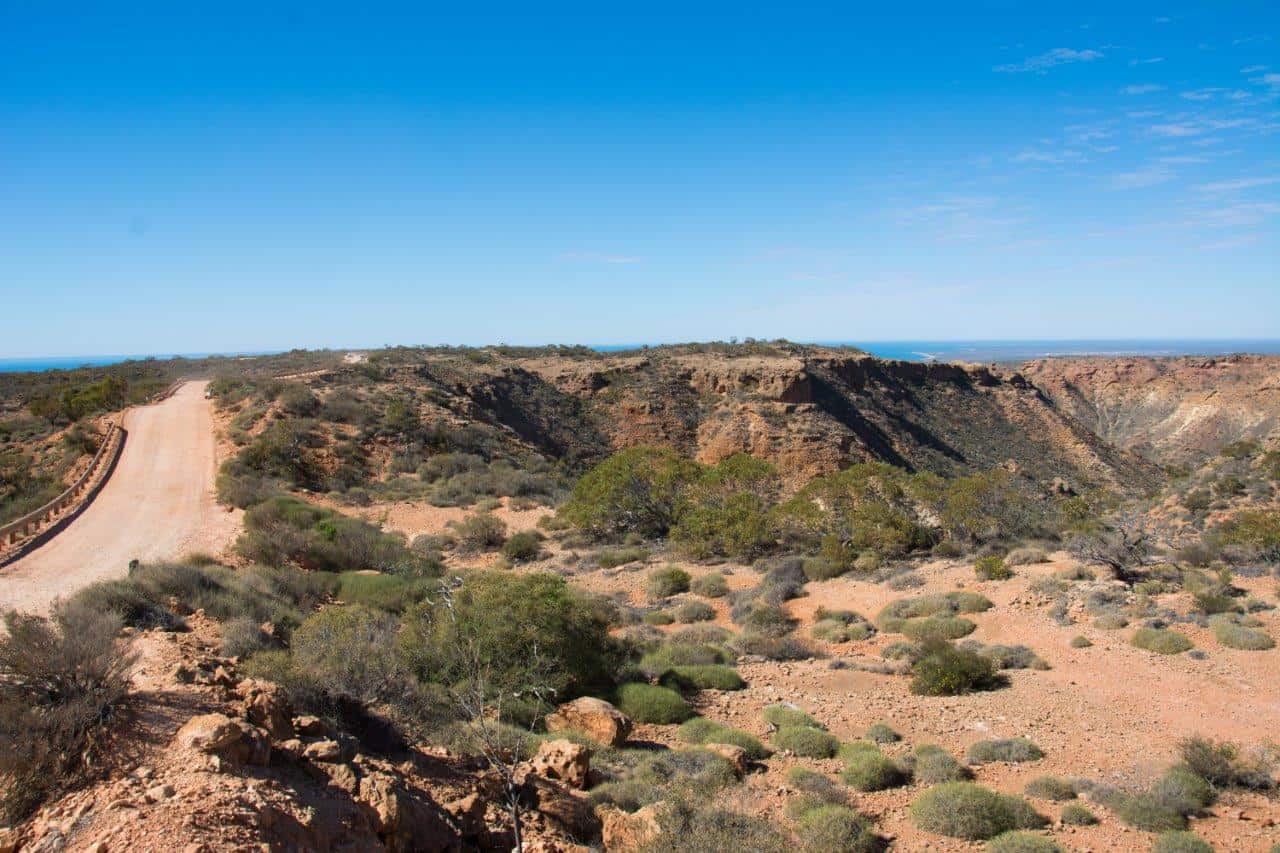 The landscape is incredible

Charles Knife Canyon is a scenic drive along the top of a ridge, with a number of walk trails and lookouts to check out. There’s some history to read about, but the most impressive thing is just the scenery.

If you can visit at sunrise or sunset, it would be absolutely insane, but even in the middle of the day it was a spectacular place.

The actual canyon has a heap of places to stop your vehicle at, and overlooking the beautiful blue Exmouth Gulf makes it for a very special place indeed.

If you are after some 4WD Tracks in Exmouth, Shothole Canyon is a good one. Starting just north of Charles Knife Canyon, this winds its way along a very rocky track to a small picnic area, with a toilet and stunning lookout.

The scenery again is spectacular, and there are walks between Shothole and Charles Knife that would be absolutely stunning. 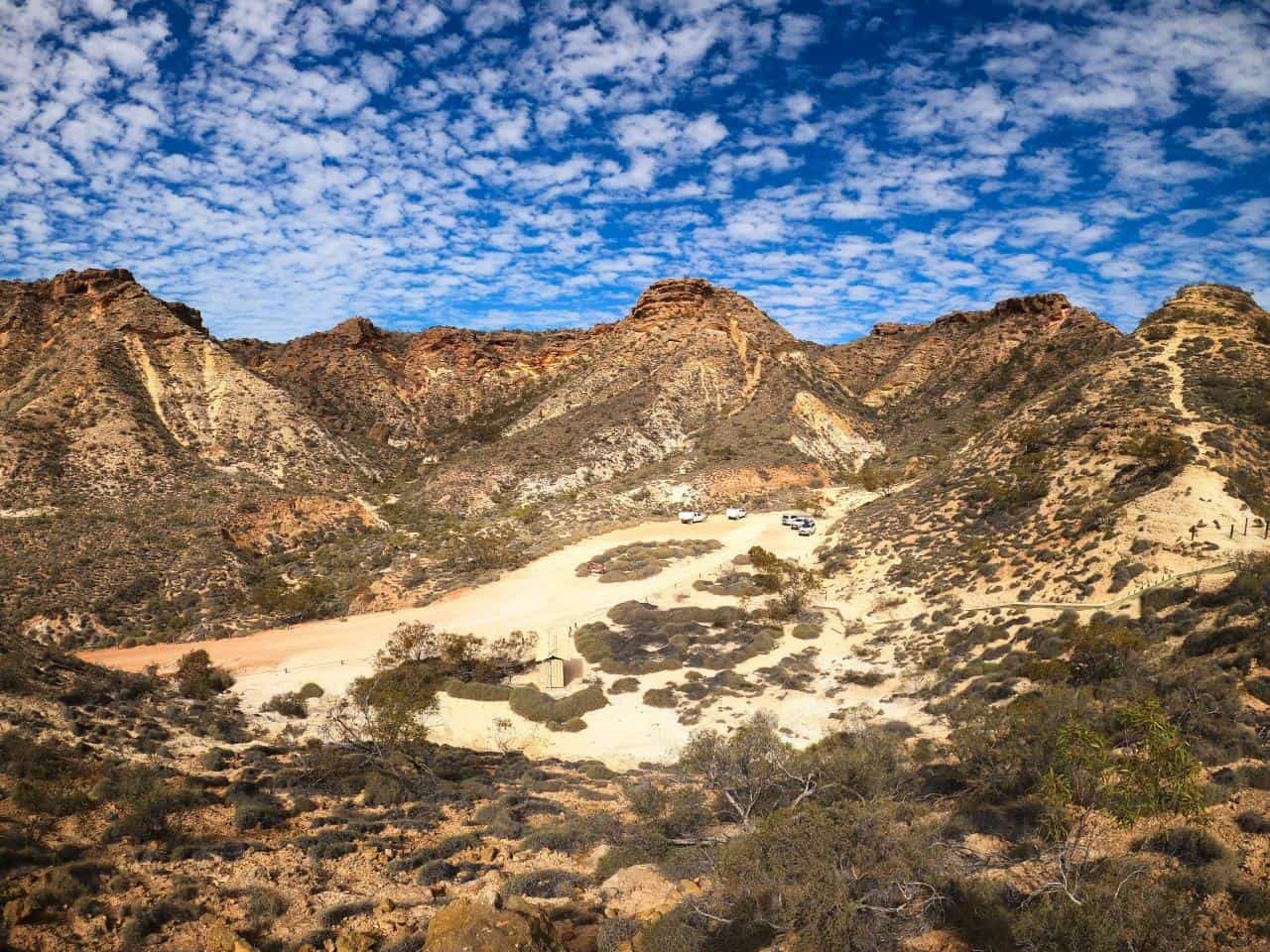 Absolutely mind blowing views at the end of Shothole Canyon

You can climb to the top of the tallest sections, and you look like a pin head from down below. 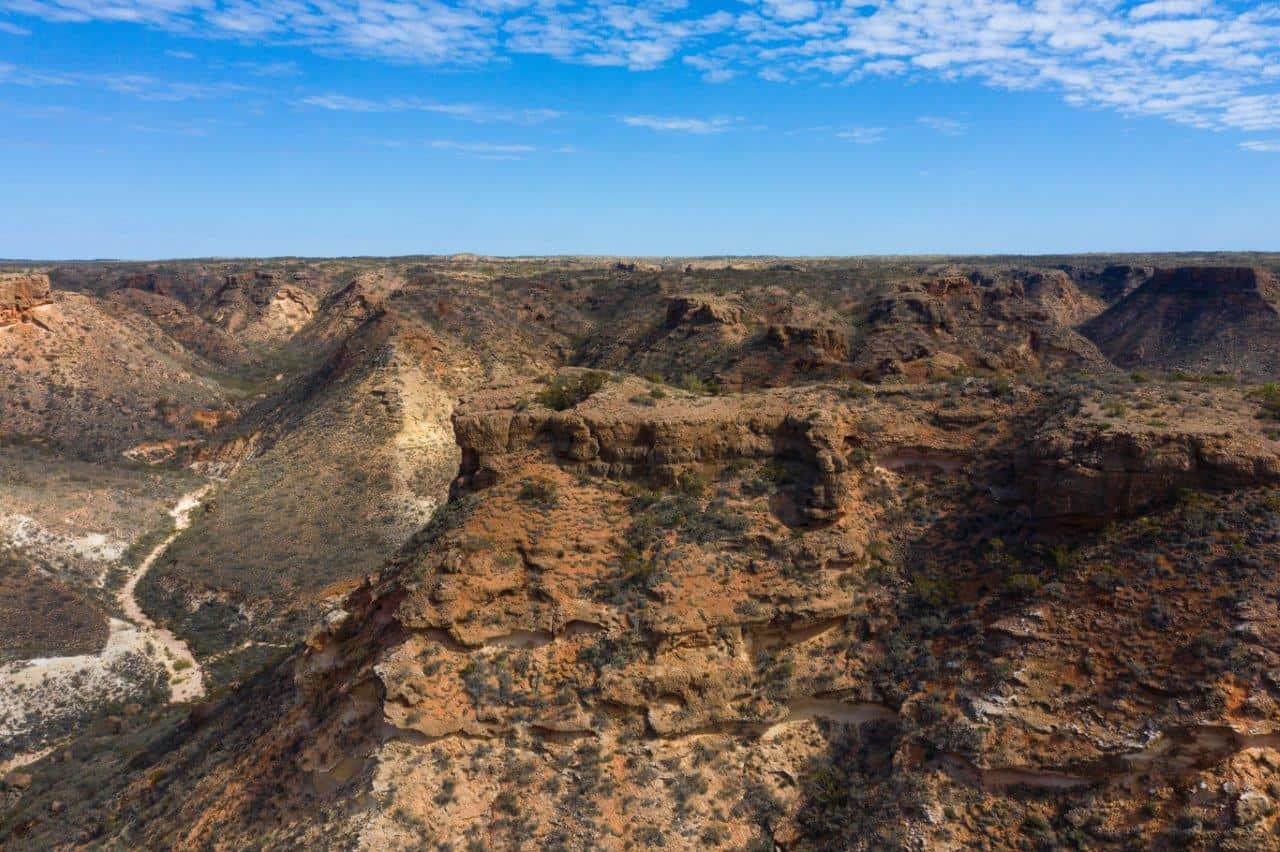 Views from our drone at the top of Shothole Canyon

Charles Knife Canyon does not require a 4WD, although the road can be a bit rough in sections and you need to watch where you put your tyres with a few little holes in the road.

The track that goes to the lookout is not 2WD friendly, but you can easily walk up it, and leave your vehicle behind (like many people were doing when we visited). 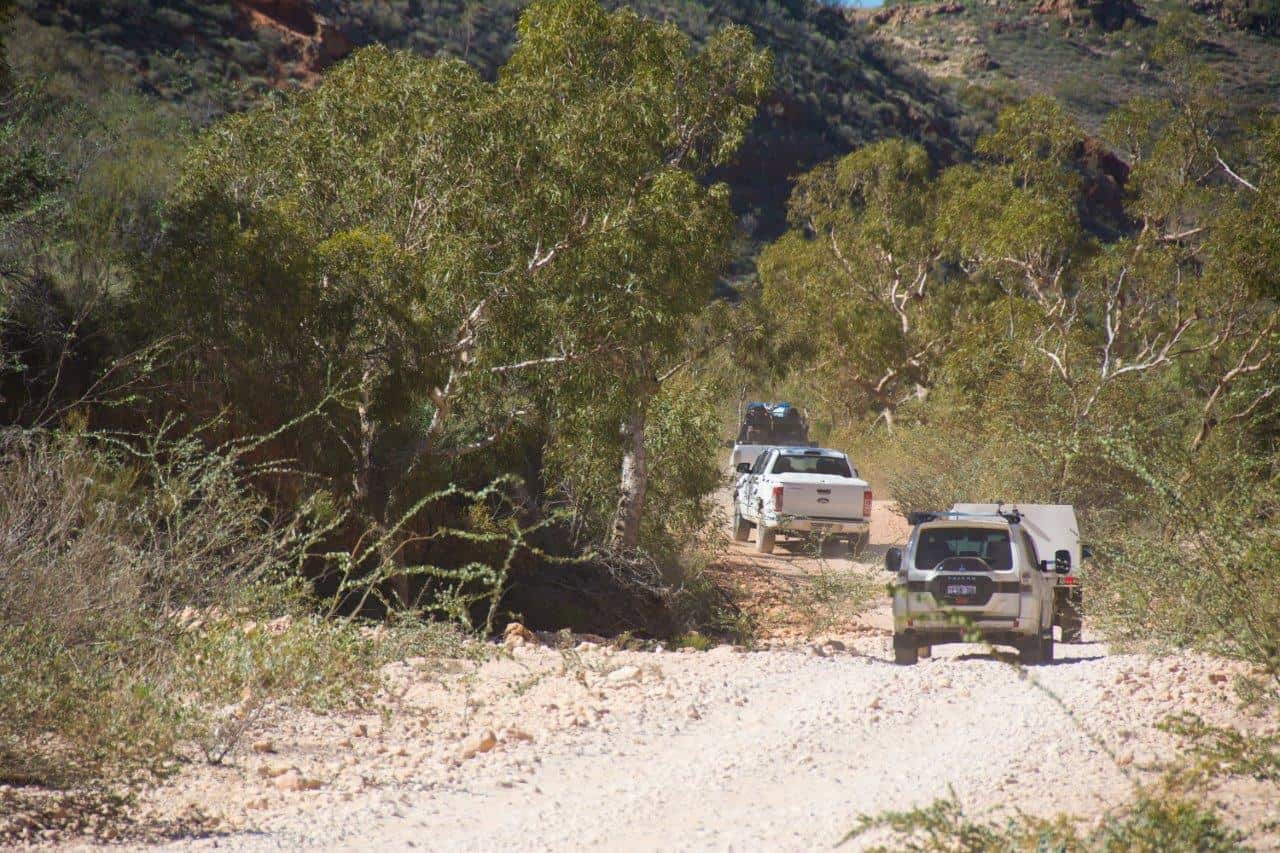 A 4WD is needed for Shothole, but not Charles Knife Canyon

A side of Exmouth you don’t normally see

Everyone knows about the Ningaloo Reef, and the amazing beaches at Exmouth. There’s a heap more to do though, that people often don’t talk about and Shothole Canyon and Charles Knife are well and truly worth while doing. 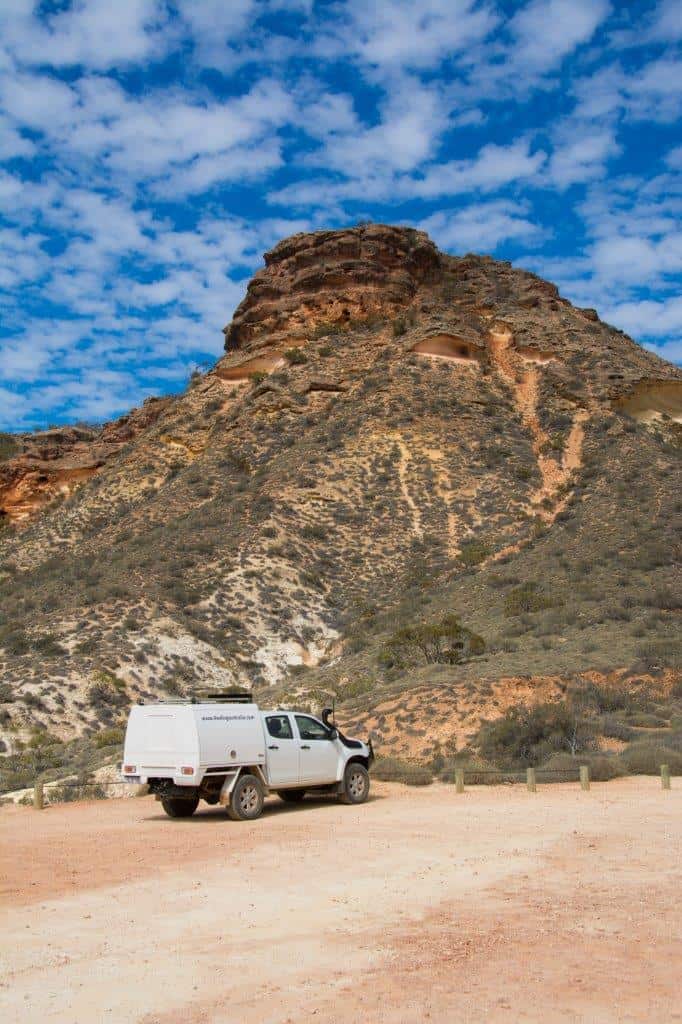 Shothole Canyon at the car park 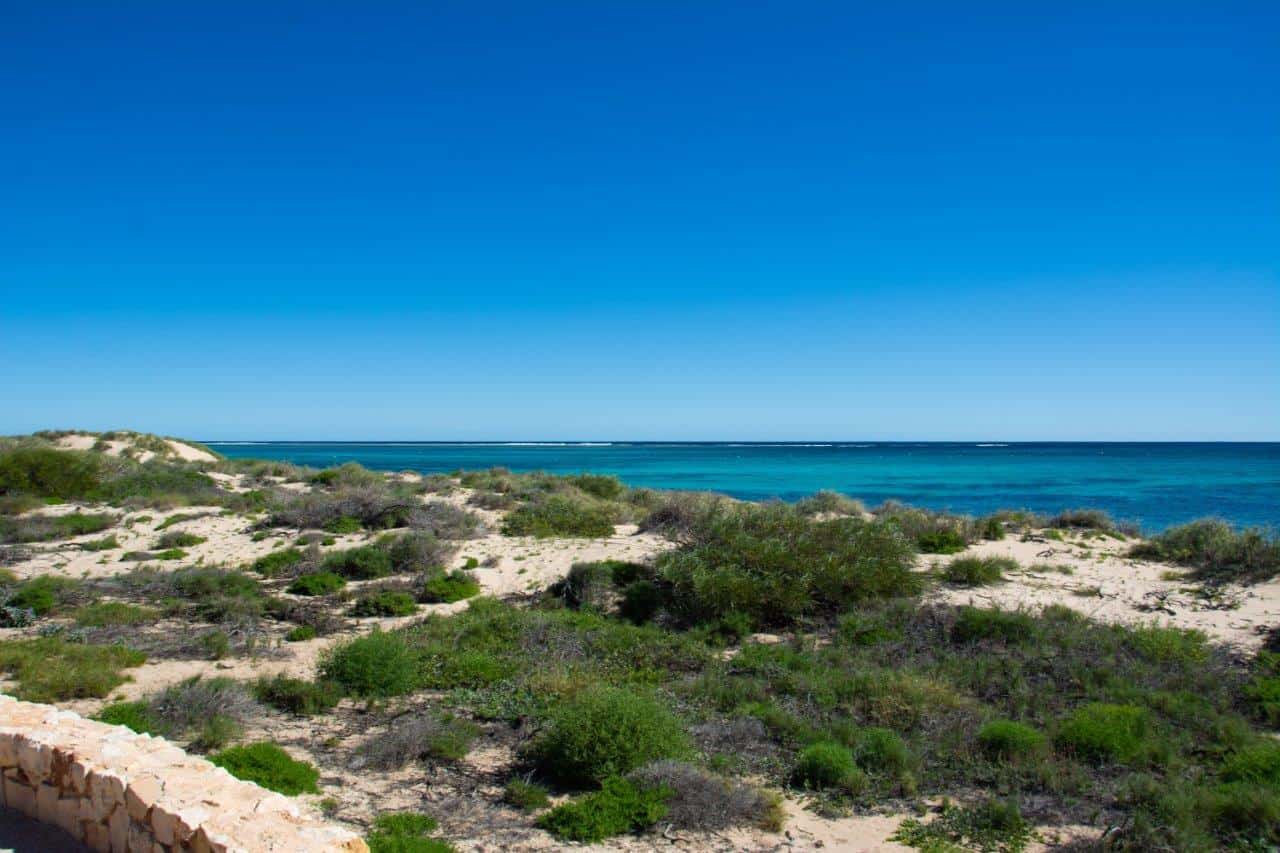