The Dmax 4WD build up

A few months back, we replaced our 80 Series Land Cruiser with a 2016 Isuzu Dmax. The Dmax has big shoes to fill; the Land Cruiser was a tough tourer that went just about anywhere you pointed it. It did it with a sense of flair that I will miss, but there are a few things I won’t miss, and its all a compromise one way or another.

If you want to know more about why the upgrade happened, and what the pro’s and con’s are, have a read of this – Swapping from an 80 Series Land Cruiser to an Isuzu Dmax.

No matter what I do to the Dmax, it will never be as capable as the 80 Series, and I’m going to have to accept that. Instead, I’ll focus on building it into a 4WD that does as much of what we want from it as possible.

I don’t believe there’s such thing as the perfect 4WD; you have to compromise in one way or another for everything, but you can strive to get it as close to your requirements as possible. 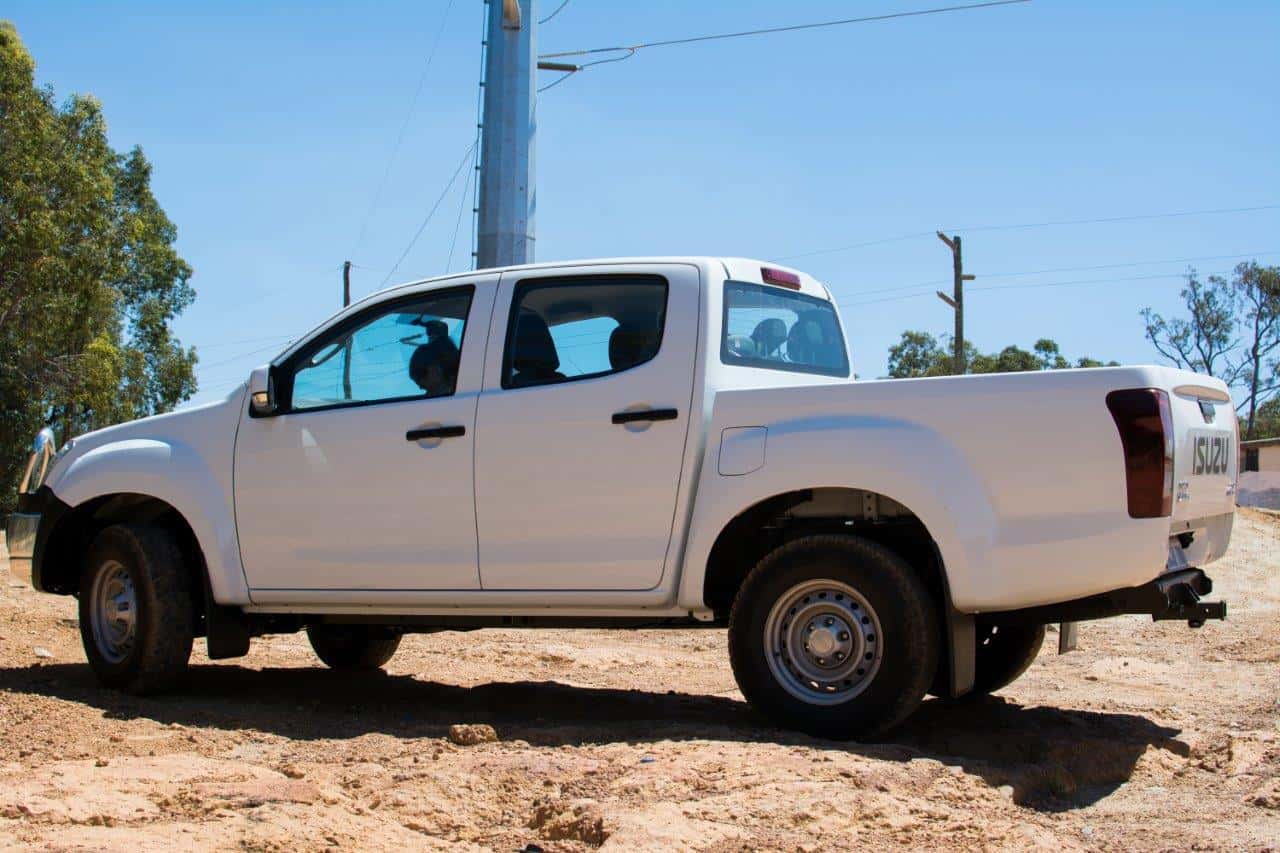 Our Dmax not long after getting it

What’s the focus of the build going to be on?

At the time I sold our Land Cruiser, it had about $28,000 of modifications fitted to it. Whilst some of that was done when I bought the vehicle, I’m not going down that path again. The Dmax is pretty much bone stock, and I will be extremely selective of what I do to the vehicle. If it doesn’t provide great value for money, I’m not going to do it.

The Dmax has a higher payload than our Land Cruiser did, which in theory means you can carry more weight. The issue with dual cab utes though, is a lot of the space is behind the rear axle, which means your chances of bending the chassis are massively increased.

I am extremely conscious of keeping the weight to as little as possible on the Dmax, with anything heavy in front or over the axle and as low to the ground as possible.

Having a 4WD that is functional is hugely important. If it doesn’t do what you need it to, then what are you achieving? Everything I do to the Dmax will be for a purpose; to make it more comfortable and functional.

Being 27 years old with nearly 400,000km on the clock, our Land Cruiser did give us a little bit of grief (actually quite a lot towards the end!). The Dmax is pretty much new; I get to break the engine in, and ensure it has a good life in terms of servicing from day dot.

I’m not planning on any engine modifications, and will keep things as stock as possible under the engine bay. There will be a few modifications done to improve reliability, like an aftermarket fuel filtration system, catch can, bash plates and OBD scanner.

Catch Can (purchased and installed a HPD catch can, which you can read about here – Isuzu Dmax HPD Catch Can). EDIT – This has been removed and replaced with a Provent, which performs much better. See the full post here – Provent vs HPD Catch Cans.

Winch (Purchased a Runva XP11 premium winch, installed, but not wired up)

Differential and transmission breathers (Not yet purchased; will climb under the vehicle and find out what I need shortly!)

UHF and antenna (Purchased an ICOM IC450 UHF and RFI CD5000 Antenna, not yet installed)

Snorkel (Not yet purchased; will be getting a Safari unit)

OBD Scanner (Purchased an Ultra gauge, which I love)

Rated recovery points (in built in the Bull bar, and will use a hitch receiver on the rear)

Bash plates (With a low hanging vehicle and some vulnerable bits, the Dmax will be getting a full set of Bash plates. Brand yet to be decided, but it needs to fit into the AFN bull bar)

Tyres (Getting 265/75/16 tyres tomorrow. I spent many hours researching, and settled on the Toyo Open country AT2’s)

30mm lift kit with correctly rated springs (30mm is the maximum I can legally lift the Dmax with the above tyres, and the springs will suit the weight of the vehicle)

Oates plastic drawers (Purchased 6 of these to mount in the canopy. They are light, fairly durable, cheap and easy to move around)

Evakool 55L fridge (previously used in the Land cruiser. Will need to buy/make a fridge slide)

I’m sure there’s probably a few other things I’ve missed, but that’s the base mod plan, and it has to be done before we head north in May!